Meet Alice: At the age of 7 she lost all her hair

Personal archive
Some strangers think you’re rebelling. Others ask what you did to make your parents punish you that way. Could you live like this?

A 15-year-old girl with long brown hair enters the warm water of the Black Sea. Suddenly the sun disappears behind heavy clouds and the weather changes before her eyes. As soon as the girl swims away from the shore, she realizes she has made a mistake - the gathering waves are beginning to cover her, and the salty water is getting into her mouth and eyes.

She can quickly get back to shore if she starts swimming using both her arms, but in one hand she is holding on to her most precious possession.

"I could have been swept onto the breakwater , but I wasn't thinking about my life. And so I swam back using one arm and in the other hand I was holding on to my wig. The friends of my parents with whom I had gone on holiday were very scared for my life," Alice says. 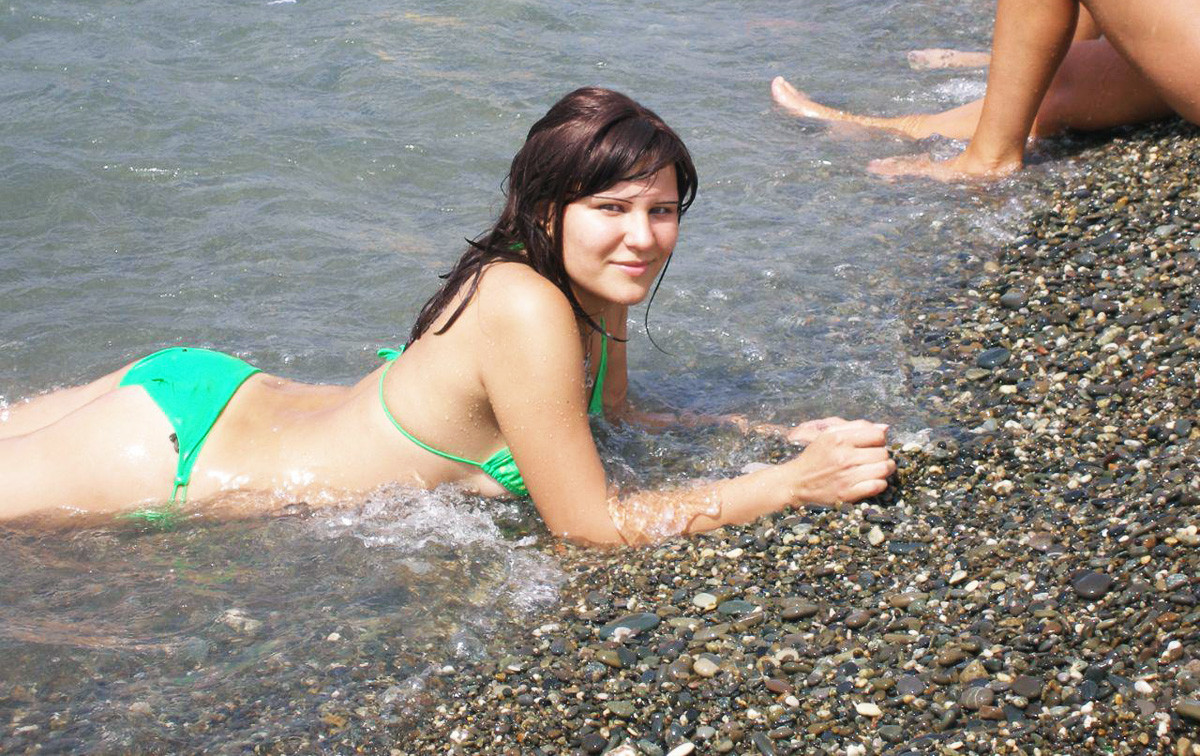 The incident happened in 2006. Now Alice is 28, she works as an assistant sales manager and can't understand how she could have put her life in danger because of an ordinary wig.

Alice has alopecia - pathological hair loss on the head or body, including eyebrows and eyelashes. There is no proven cure for the condition.

Today is the first time Alice is on an outing in downtown Moscow without her wig. She and several other women with alopecia are sitting on the terrace of a cafe. Passers-by turn their heads, the waiter cannot work out who ordered what and mixes up the dishes all the time. Alice looks anxious but happy. More anxious than happy, though.

"What offence did you commit?"

Alice found the first bald patch on her head one Sept. 1, when she was seven. Her mother was plaiting her hair for her first day at school. At the time she was living with her parents in the little town in the Volgograd Region .

"Every day the bald patch on my head got bigger, and new patches appeared all the time. My mother tried to hide them with all sorts of plaits but by the summer there was hardly any hair left," recalls the girl.

Alice spent her summer holidays in the country. Her grandfather decided to take the situation into his own hands and, together with her brother, took Alice to the local village barber.

"I was eight years old. I was sitting in front of a mirror, realizing that an old man whom I didn't know was shaving all my hair off. It couldn't have been worse," recalls Alice.

Her mother bought her a wig, which the girl described as a "peasant woman's bob on one leg", but it was difficult to find anything better in those years. At school everyone, including the teachers, were very curious about her new hairstyle. According to Alice, she couldn't walk down the hall without someone behind her shouting: "Oh, here comes the girl in the wig!". 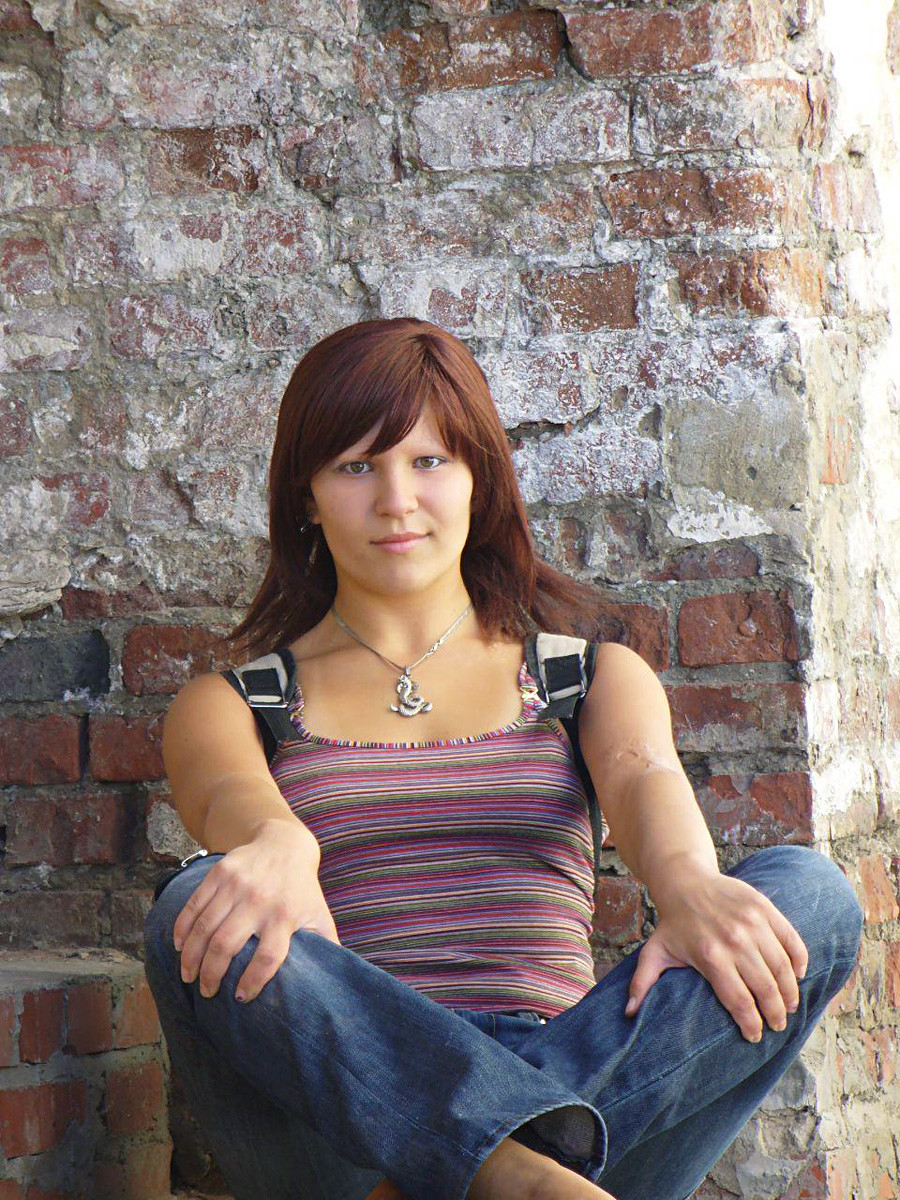 Soon she replaced the wig with an ordinary headscarf, but it didn't improve the situation.

"Once an elderly man saw me in the street, came over and asked what I had done to make my parents decide to shave off my hair completely. What could I tell him?"Because of the stress, the girl developed a minor hormonal disorder and, as a result, Alice began to gain weight and her voice became low. At the age of 11 she was sent to a summer camp. Some children threatened to beat her up. At one event, a boy got on a tree stump and, losing his balance, grabbed her by the head, accidentally pulling down her headscarf.

"I ran as far away as I could, without knowing where I was going. I remember that, exhausted by helplessness and resentment, I just fell to the ground." Two days later Alice left the camp. Only later did she learn from her girlfriends at the camp that the boys had kept asking when she would come back, and that one of them had even fallen for her.

Despite her problem, at 15 Alice already had a boyfriend, whom she told about the alopecia straightaway. But it took her two years before she allowed him to see her without a headscarf or wig.

"Only now do I want to go out without a wig. When I have it on, a self-defense mechanism kicks off inside me, and I immediately feel a desire to be liked by everyone and a fear of not being accepted. I am tired of it," says the girl.

She doesn't remember the reaction of her boyfriend when she decided to allow him to see her without a wig - she says he smiled at her very sincerely at the time, but in the end it took him a long time to accept her the way she was. They dated for 12 years until Alice left for Moscow to pursue her career. They still keep in touch by phone.

"I realized that a man can motivate a woman to accept herself the way she is. And in Moscow many people tell me openly they couldn’t care less whether I have hair or not." 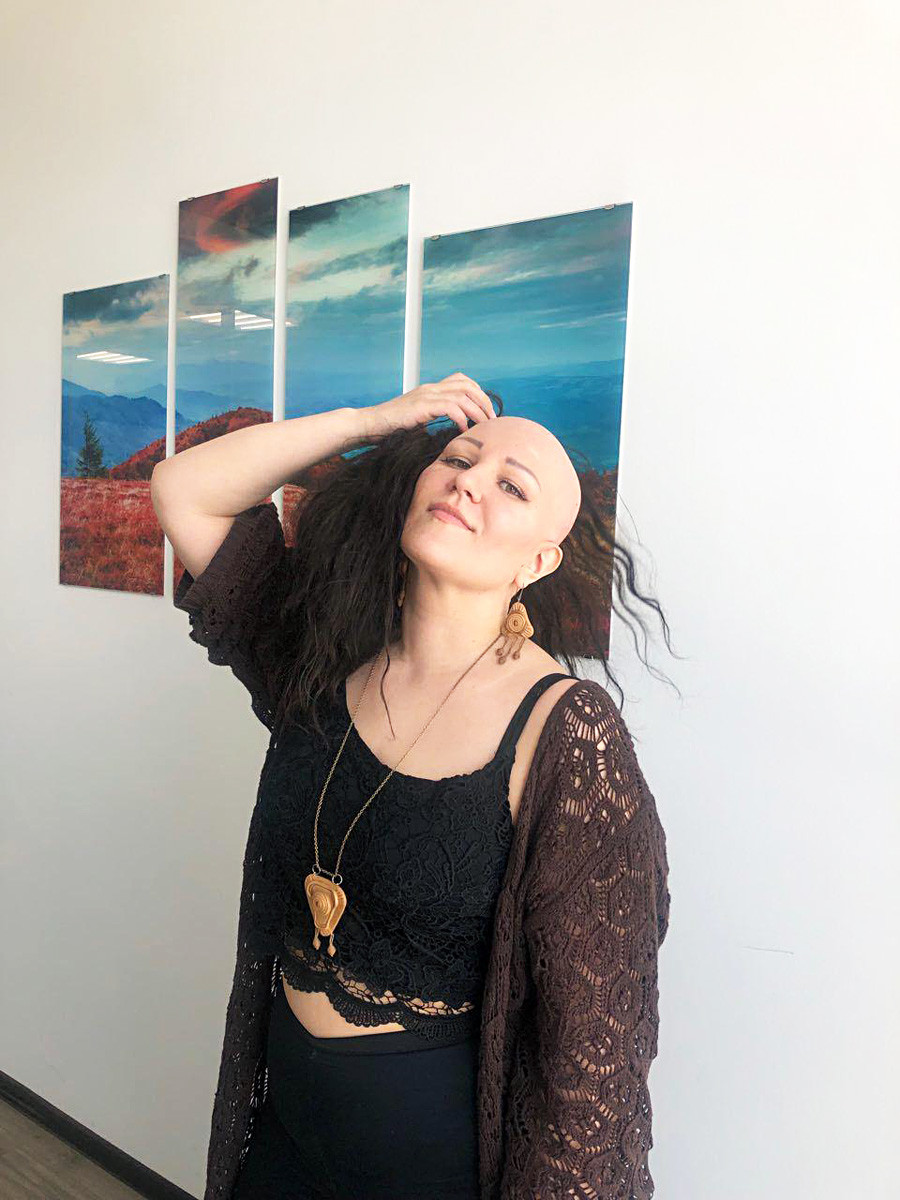 She says that whereas previously she had been constantly annoyed by people having a dig at her or talking about her, thanks to a new friend, she began to see the situation differently."For me the very word 'bald' was derogatory. But he saw me and said: 'You are my Fantômas [a villain and master of disguise in French crime fiction]', and burst out laughing. It made my day." I remember, when I was only 15, my mother used to tell me that 80 percent of a woman's beauty is in her hair. A stupid question arises - if beauty is not in a person’s hair, then in what?

"It is in the way you carry yourself when you are enjoying what you are doing. The main thing is to stay motivated and have a thirst for life," Alice explains.

A wig can come off when you are in bed with a man. Olga, who is 29, has learnt to fall asleep and wake up in the same position, so that not a single hair in her wig is displaced. 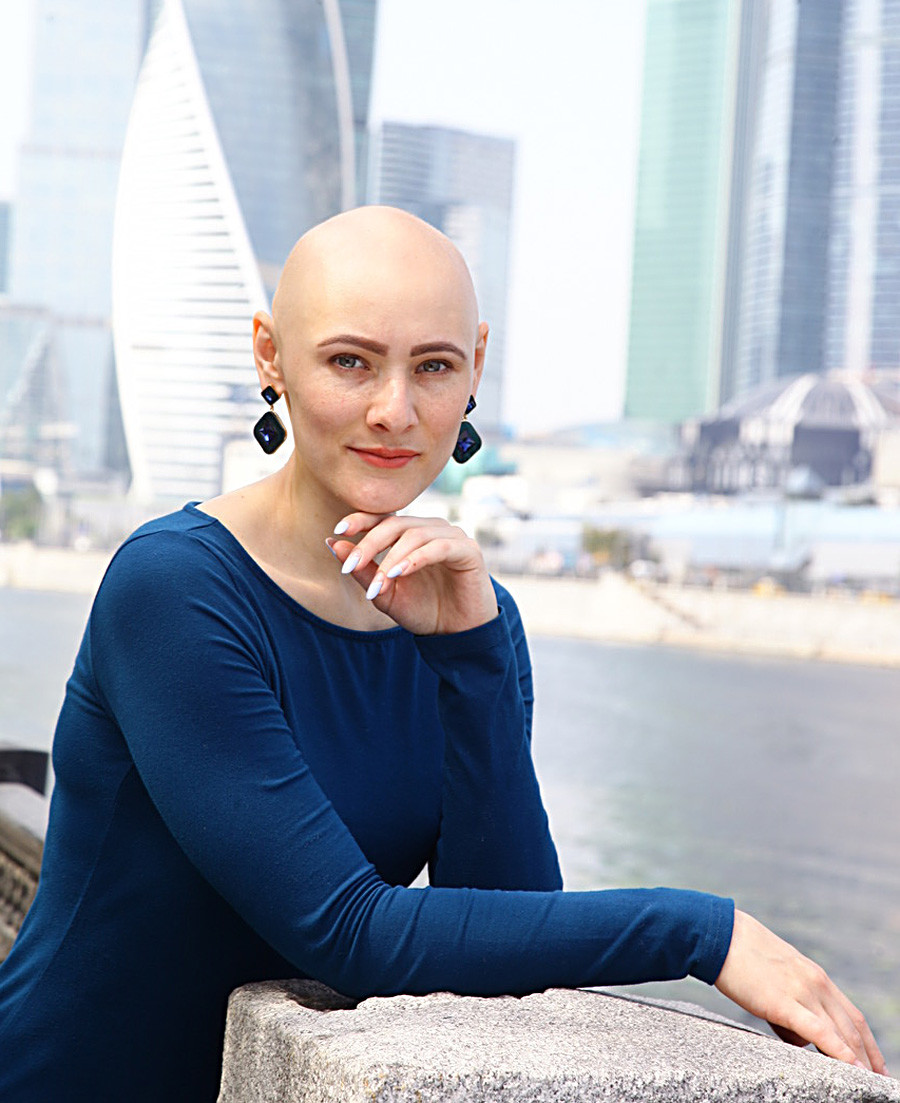 If you suddenly decide to go out without a wig, be prepared that passers-by may shout right in your face "What fashion is that?" or "Oh, look, the mannequins have come out for lunch!" Also, passers-by may think that you have cancer or that you've decided to become a weirdo.

It took Svetlana, aged 46, a long time to get a photo without hair posted on the website of the company where she has worked as an accountant for 15 years. The company kept refusing, claiming the image was "frivolous". 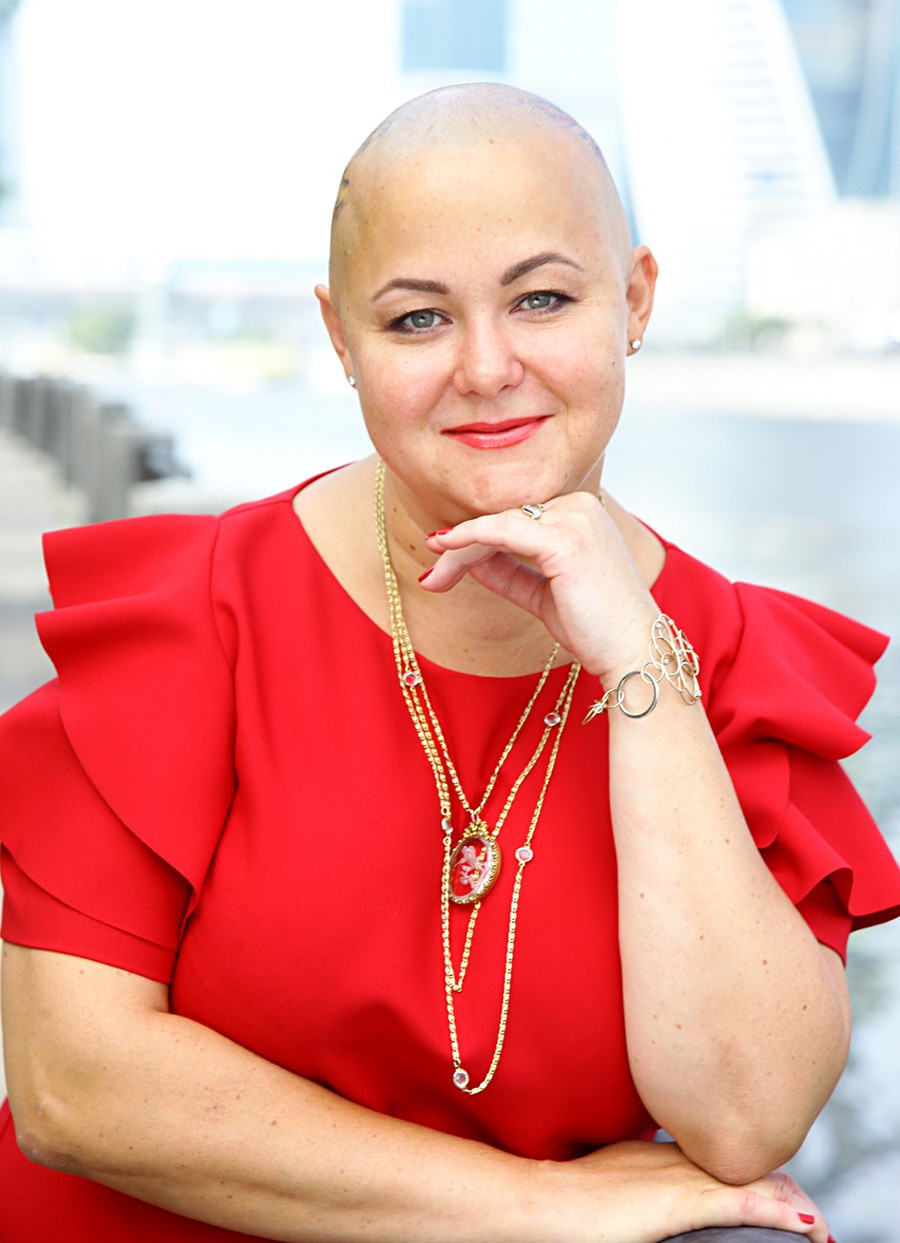 Marina, 54, had a big inferiority complex with men whom she dated. In order to prevent awkward situations, she wore a wig and didn't allow them to touch her hair, saying it brought back "unpleasant memories". 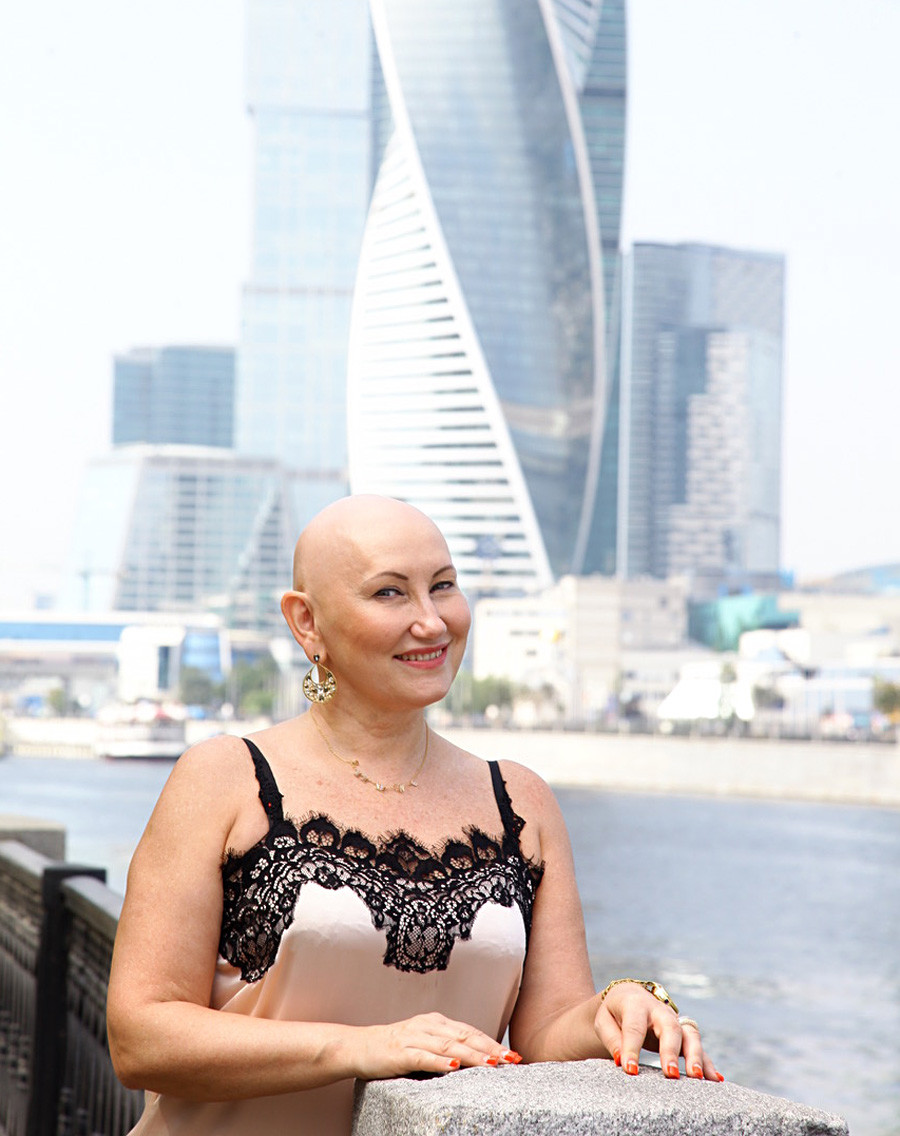 Marina Zolotova, 43, has learned to keep hold of her wig when she’s on the go, and during long business trips she is used to putting her head under cold water - after wearing her wig for a long time she finds the skin on her head becomes sore and itchy.

In order to teach Russian women not to waste time on tricks and excuses, in 2014 Zolotova launched the Alopetianka community. It is a website where women with alopecia share their personal stories, take part in chats and meet cosmetologists, have photo sessions and get live support. Also, Alopetianka women are periodically invited by big companies to give lectures to prevent women with the same condition from being bullied at work. 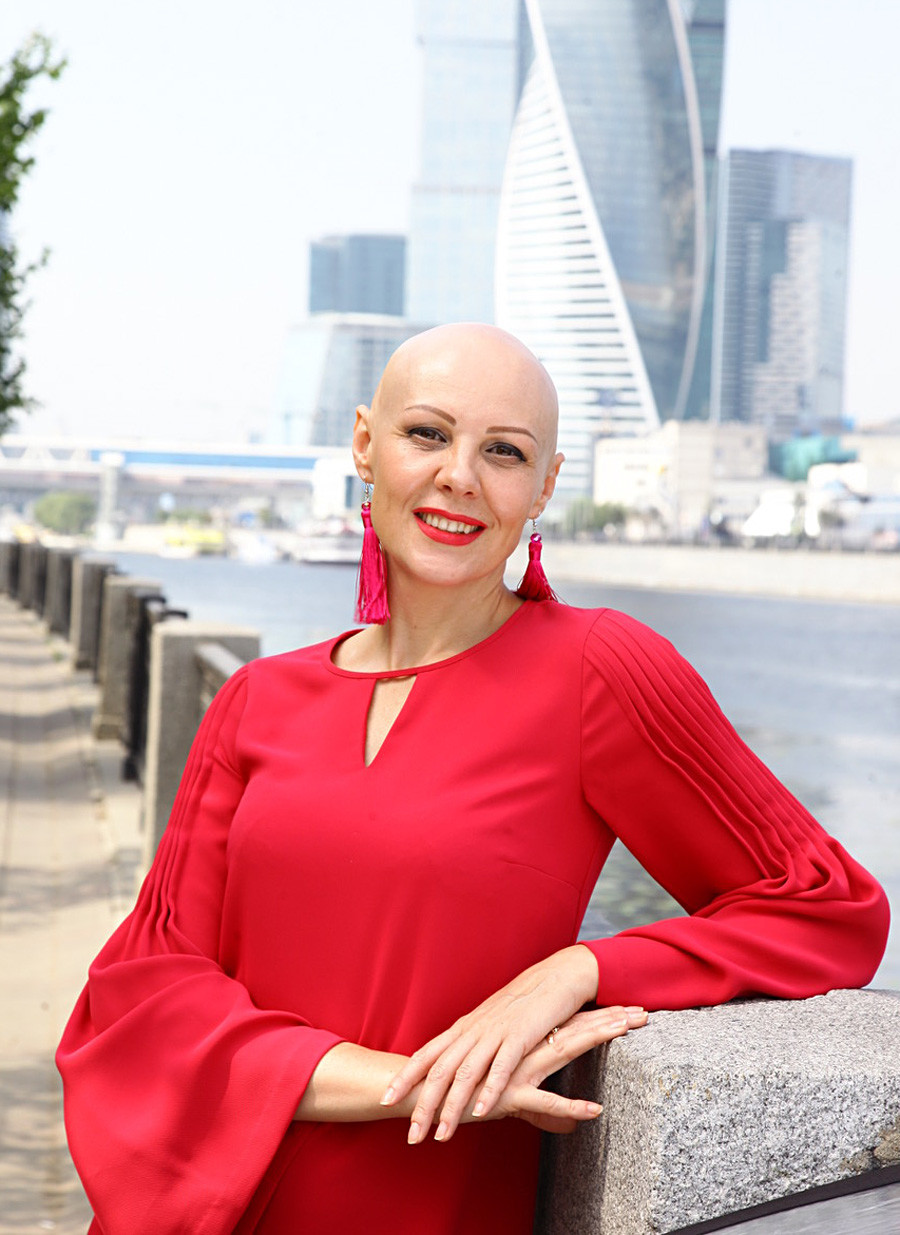 "For us the main thing is that everyone should know about it. I bought my last wig in 2014 for 100,000 rubles ($1,500) and swore that there would be no more wigs in my life. After all, even the most beautiful women find fault in themselves," Zolotova says.

While we are waiting for the waiter to bring the bill, it suddenly occurs to me that it is not about the absence of hair at all. One of my friends has an inferiority complex because of the shape of her nose, another because of her weight and yet another because she doesn't like the shape of her knees or lips. There are two options here - either wait for a man to appear in our life who will convince us that we are beautiful, or to convince ourselves. 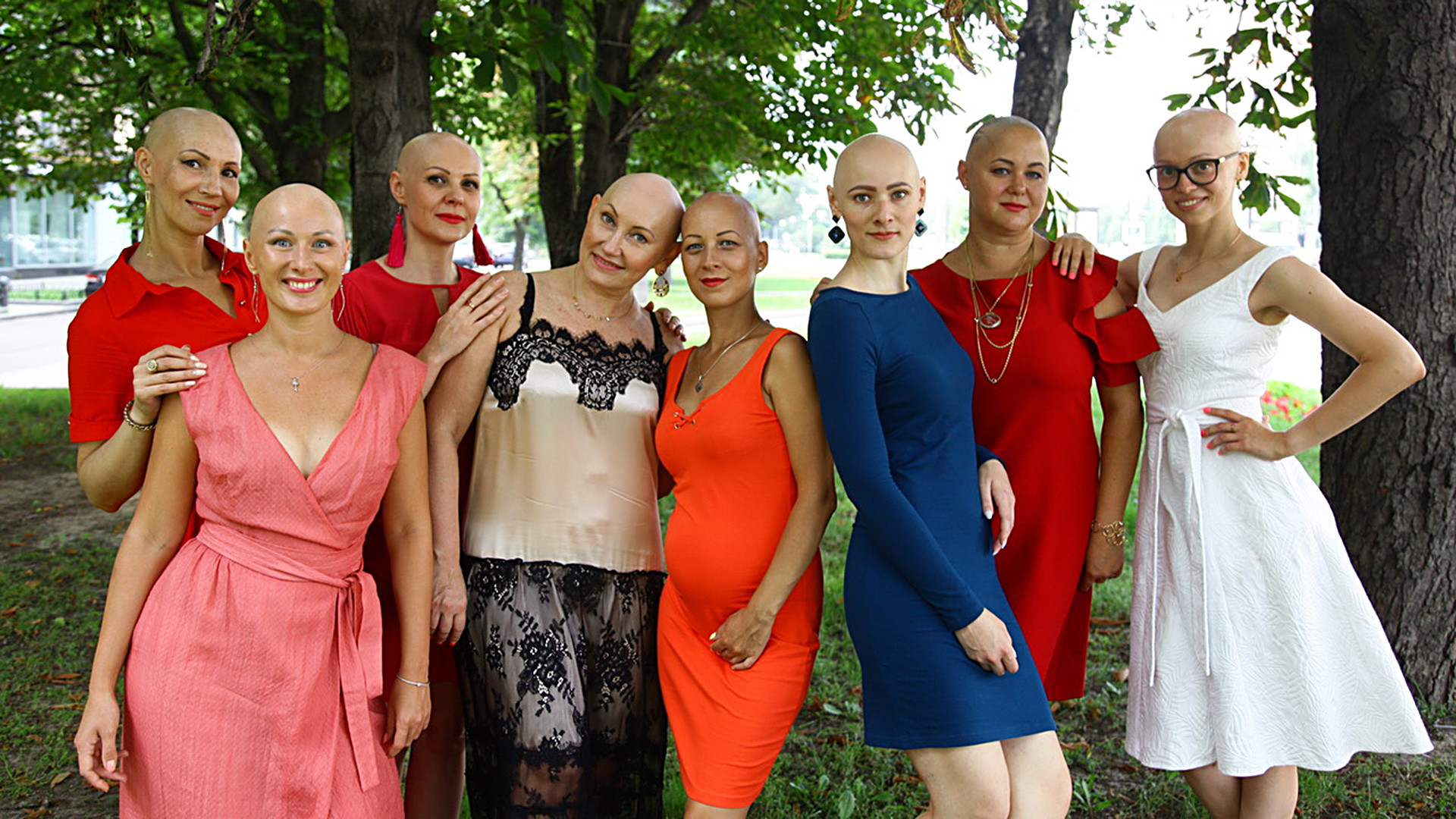 "All these fears and worries are now history and don't matter any more," Alice sums up. "But this is the most important thing for me, thanks to which I have learned to love myself and realized that I should not feel inferior to others."

It seems that today Alice has chosen the second option. She says goodbye to me and, together with the other Alopetianka women, goes down into the metro without a wig for the first time in her life. She looks anxious but happy. More happy than anxious, though.