"My name is Sasha, I have no intestine and I am 'hated' for it" 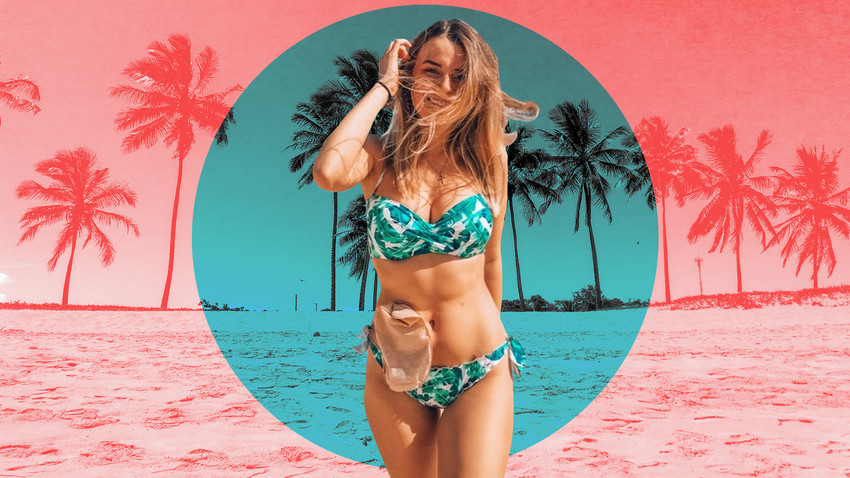 Pixabay, sasha_govorit / Instagram
Sasha Kudelina has no colon. The 24-year-old girl lives with a stoma (colostomy bag) and posts photos of herself in a bikini and, because of this, there are people who already "hate" her.

It was 2015, a hot sunny summer - a great rarity in St. Petersburg. Sasha Kudelina had turned 20 and her exams were just around the corner. She found a part-time job as a hotel manager, working night shifts. Everything was supposed to continue along its expected course: Getting her diploma, parties, boyfriends and gradually becoming an adult… But something was happening to her. Something that could not have been anticipated.

"I didn't know what it was. I started having acute pain in the lower abdomen and lower back. When the pain came I had to rush to the loo. It happened about 20 times a day. My stool always had blood in it."

She was diagnosed with ulcerative colitis. Four years later she had her colon removed. They were the four most difficult years of her life. Surgery - in the form of a colectomy - is an extreme measure when medication doesn’t work. After the operation, Sasha started a blog, Sasha govorit, in which she began to talk about her life before and after surgery. She posts happy photos with a stoma (colostomy bag) and explains in her blog that the diagnosis is not the end of the world.

However, after several media outlets reported her story, Sasha came across a very different reaction: "On my Instagram, I don't see negative comments, but on news websites there is much negativity about me. People say, ‘why do I have to look at this?’ or ‘why frighten children?’ The most frequent comment is that if I happened to stand next to someone, I would make them uncomfortable."

"I sat on the floor and howled!" 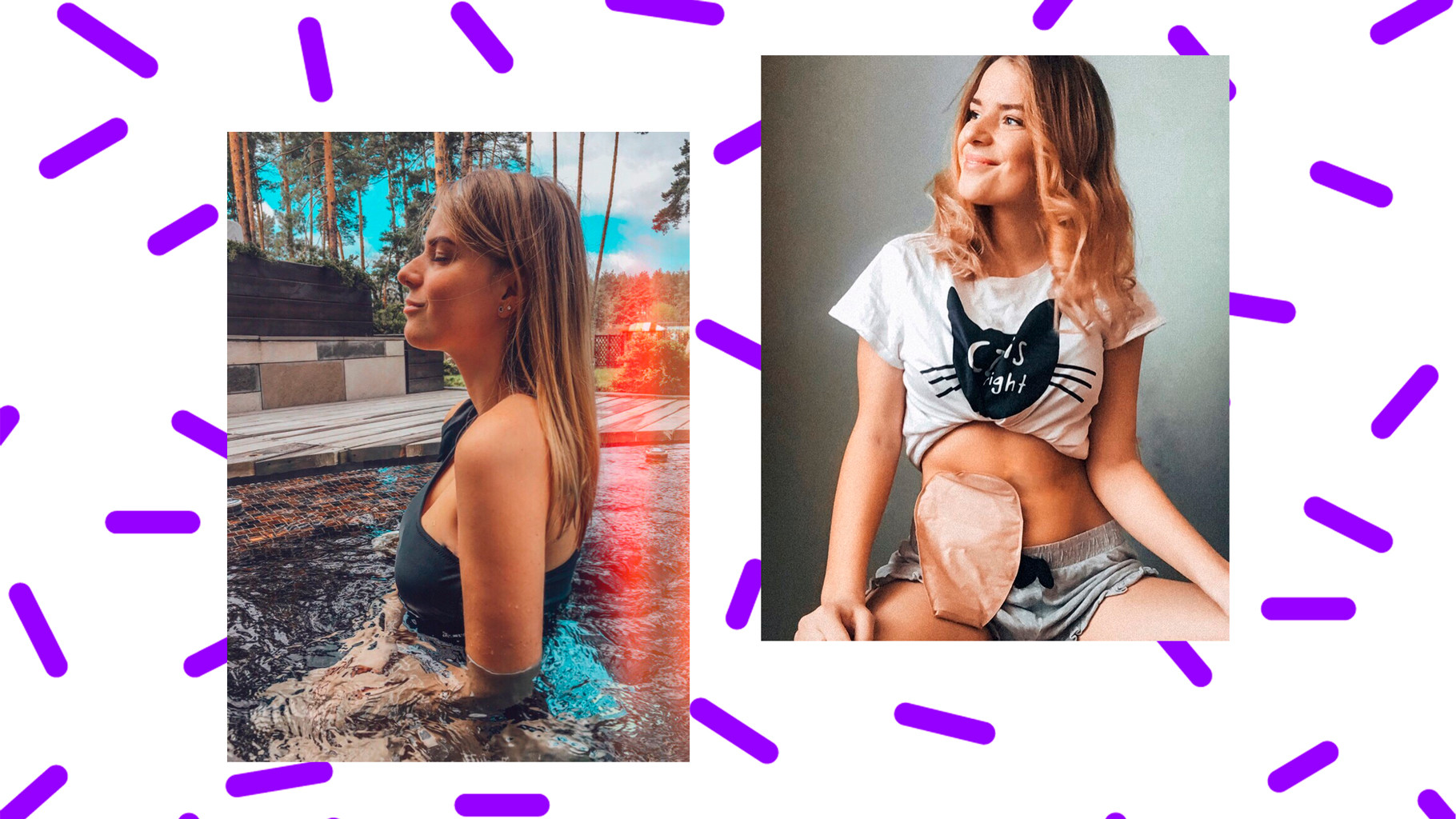 "I don't remember if I realized what was happening to me. I realized that it was some unpleasant disease. Even now, I try to remember what I felt when I was told my diagnosis… I think my reaction was along the lines of: "O.K., all right. So, I shall live like this." I didn't know that I would have my colon removed and that I, a young girl, would walk around with a stoma ," Sasha told Russia Beyond.

Ulcerative colitis is an autoimmune condition. Fewer than 0.1 percent of people have it - it occurs in 35-100 out of 100,000 people. As a rule, it is caused by a genetic predisposition and an unfavorable environment. In some people, the condition can be triggered by antibiotics and in others by a fondness for fatty foods. In Sasha's case it was stress - friction at work and overwork because of night shifts. Most people go through periods of remission. Sometimes the remission doesn't last long and everything starts again.

"I remember it as if it were today: July 9, a Monday, I was discharged from hospital, everything was fine, there was a little less blood, although it hadn't stopped altogether. On July 15, my friends and I planned to meet up to watch the football World Cup final. The weather was amazing and sunny, and I was wearing a very thin light dress and sandals.

My male friend and I were on the Metro when I felt my abdomen starting to hurt. I was going up the escalator with my eyes popping and only half-conscious. I rushed out of the Metro, right in the city center, and the first thing that caught my eye was a nearby KFC restaurant. I ran up the stairs realizing that that's it, I hadn’t made it. I rushed around, in a flood of tears. Blood was streaming down my legs and I couldn't stop it. I could hardly walk and, with great difficulty, I made my way through the KFC. There was a huge queue to the toilet, and only two cubicles. I rushed past everyone and got into the toilet without waiting in the queue. I sat down on the floor and howled because I didn't know what to do. A cleaner saw it all, and gave me a roll of towels. I took off my dress and started washing it."

It was not the only incident. There were many others. It is not surprising that, after this, an operation to remove her colon and the prospect of going around with a stoma for the rest of her life didn't seem like the worst option. "It was not a difficult decision. At that point I couldn't care less any more," she says.

It is not that awful 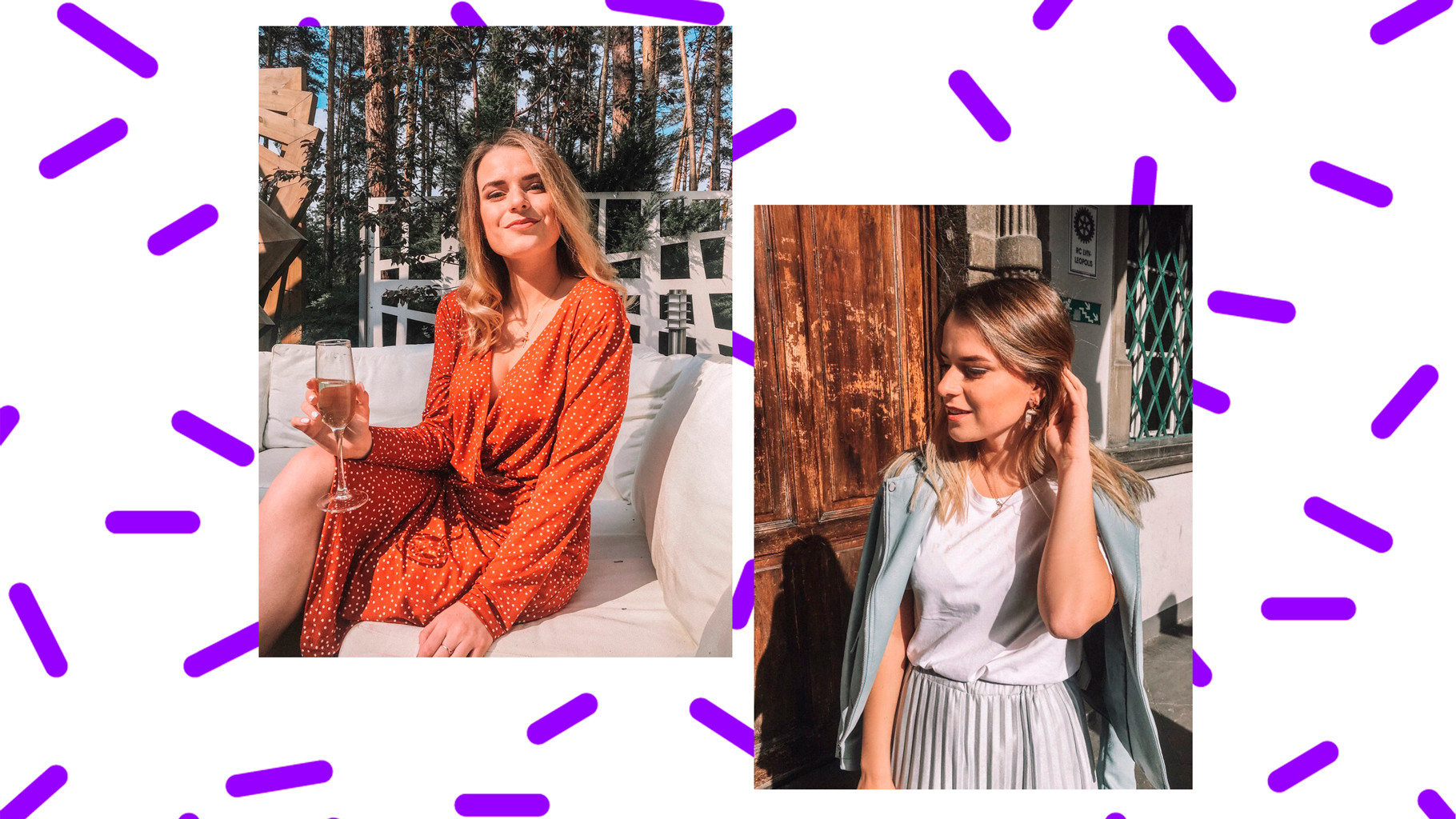 Sasha accepted the idea of a stoma straightaway. Her parents and close friends did too. It’s just that everyone else had a problem with it. Calls started coming in from distant relatives and acquaintances: "They were telling me: 'Think about how you are going to live without an internal organ, you will disfigure yourself'. There were hints that nobody would want me like this and that I wouldn't be able to have children."

"In Russia, the attitude to people with a stoma is complicated because it can’t usually be seen as it is all under their clothes. Here people still believe it is improper to display a stoma. For example, I am not yet ready to turn up on a beach in Russia in a bikini. People simply do not know what it is and how it works. They think that they will see something coming out of me. Or that I will have a smell. But people with poor eyesight are not afraid to wear spectacles. Why should I feel ashamed wearing a bikini?"

In the four years she has had ulcerative colitis, Sasha has gone travelling from time to time. It is difficult to travel if you have the condition. Many doctors in Russia are unanimous in their opinion.

"When I was registering as disabled and the doctors learned that I had gone travelling, I was told that with my diagnosis it was risky even to go to the dacha. What had I been thinking of? Yes, unfortunately, because I am able to travel and because I smile and am still an attractive girl, people get very worked up."

Sasha doesn't like asking herself the question which people with debilitating conditions often ask themselves: "Why me?" She says she avoids it because it’s destructive. Many people with a stoma begin to have real problems with accepting themselves.

"I started writing a blog in order to help those who are going to have to live with it, or already do. I am not promoting colectomy in any way. All I want to say is that I am happy and that it is not that awful."