How the bear became the symbol of Russia 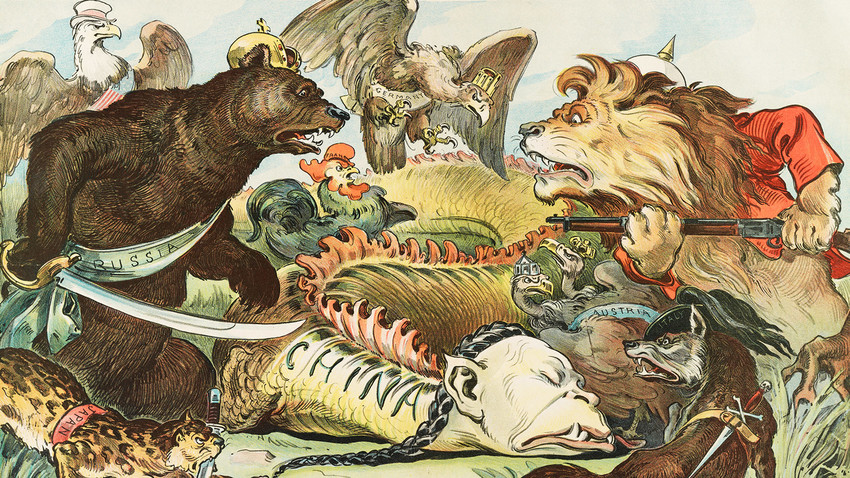 Getty Images
The Russian bear became a symbol of Russia through a strange set of circumstances, and the whole story goes to show that fake news has been around for hundreds of years.

To begin with, the bear is not a symbol of Russia and has never been one, at least officially. The official symbol of Russia today is a double-headed eagle (the one depicted on the Russian national emblem). But imagine that for at least five centuries someone outside Russia has been persistently trying to persuade you otherwise. At some point, the number of people all over the world who believed in this idea exceeded the critical threshold, and eventually Russians just kind of got tired of trying to resist it. At some point it just became easier to accept this misunderstanding than trying to constantly explain why it isn’t true.

And so here we are: launching a huge inflatable bear into the sky at the closing ceremony of the 1980 Olympics and making the bear a symbol of the largest celebration in the country. But let's start from the beginning.

What is true in this whole bear story is the fact that bears have indeed been venerated in Russia since ancient times. For pagan Slavs, the bear was in effect a totem animal.

It is also known that for several centuries in the Middle Ages, troupes travelled all around Russia with tame bears that were trained to dance, do simple tricks and beg.

One of bears' main “vocations” at that time was performing executions. This had been practiced for a long time, but it was under Ivan the Terrible in the 16th century that bear executions went mainstream. Sometimes bears were used indirectly in the execution process: a convict would be sewn up into a bear skin and then dogs would be set on him, tearing apart the bear skin along with the unlucky guy inside. 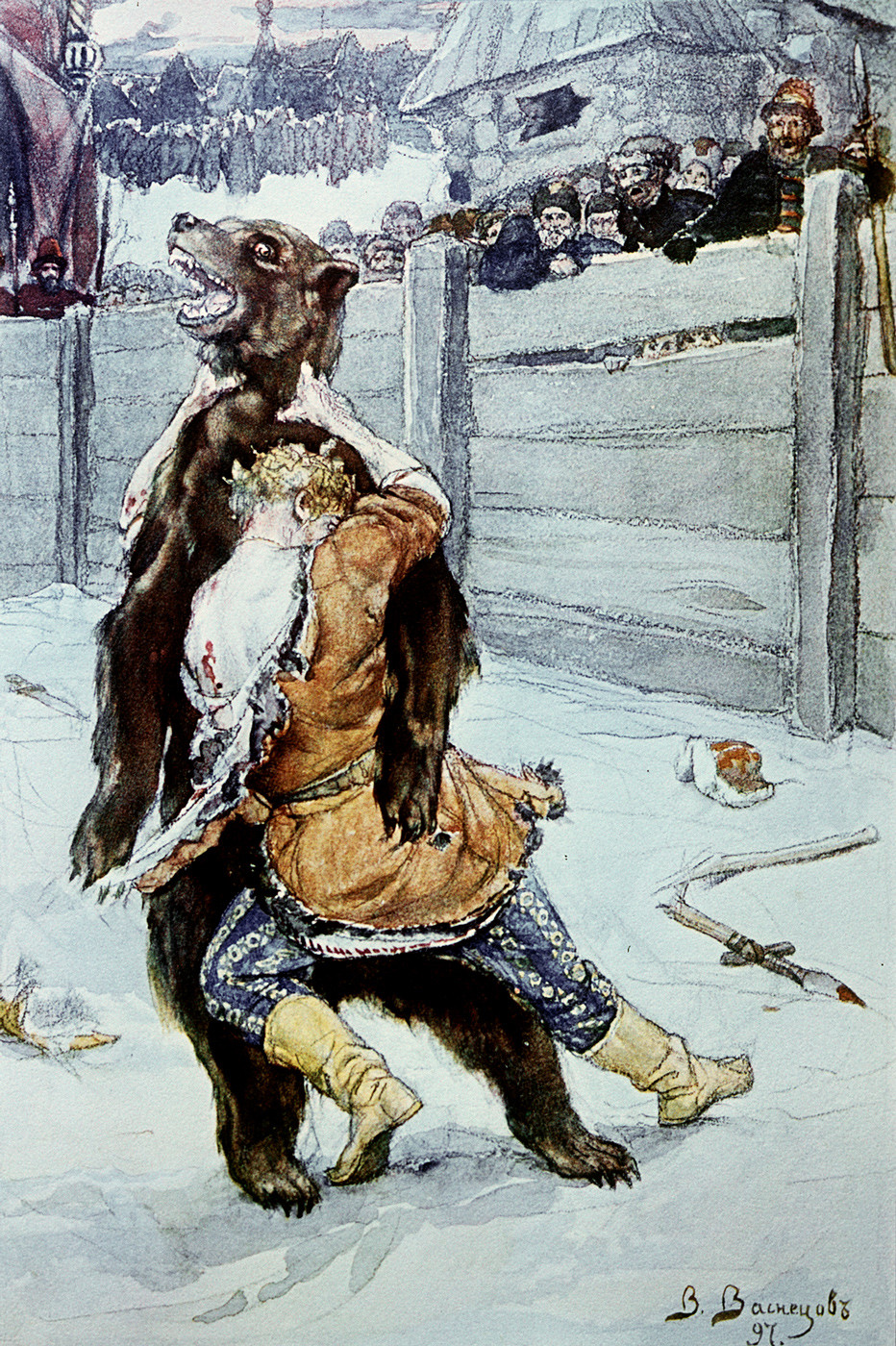 And yet, it wasn’t these horror stories that spread around the world so easily. In 1526, an Austrian diplomat named Siegmund von Herberstein wrote the following about the winter in Russia: "Bears, driven by hunger, left the woods, ran around neighboring villages and broke into houses; at the sight of them, villagers fled their houses and died of cold, a pitiful death." This account was then copied by numerous Italian, Polish, British, German and Dutch travelers to Russia over the next hundred years, and in the process the notion that bears roam Russian streets started to be considered something normal and regular. This is how one of the most enduring myths about Russia was born, and ever since there has been this strange assumption around the world that there are bears walking the streets everywhere.

A remedy for baldness

None of this was some kind of a European conspiracy or anything like that. These days, most likely, everything would start with a viral meme on social media, but back then the original source was advertising by shrewd English merchants. From the mid-16th century, these merchants regularly visited Russia. Meanwhile, ordinary British people's idea of Russia was shaped by the exports coming from there: honey, furs, wool, fat, wax, and what inhabitants of good old England believed to be bear’s grease. In other words, bear’s grease did to the image of Russia what croissants did to the image of Paris.

Merchants promoted Russian bear grease as the best remedy for hair loss. On what grounds? Well, on the grounds that bears are very hairy. The fact that grease came from far away in Russia explained the exorbitant price.

In fact, what was sold and marketed as bear's grease was sometimes just English pig fat, but English gentlemen were far too preoccupied with curing their embarrassing baldness, and so the power of advertising was left to do its thing.

A case of geography

Another reason Russia was associated with bears in the eyes of Europeans was a famous bear academy that was established in the 17th century in the town of Smorgon. Calling it an academy was probably a bit ambitious for what was really just a private school that trained bears for circuses throughout Europe. And it did not matter that at the time Smorgon was part of the Polish-Lithuanian Commonwealth. The average European was not particularly bothered with geographical accuracy. They knew that it was somewhere in the east, and they knew that somewhere in the east was Russia.

It is therefore not surprising that when England began to produce political cartoons and engravings in the 19th century, Russia was always depicted in them as a bear. This image was picked up by others, and during the Cold War the bear became a metaphor for the cruel, bloodthirsty policies of the USSR. 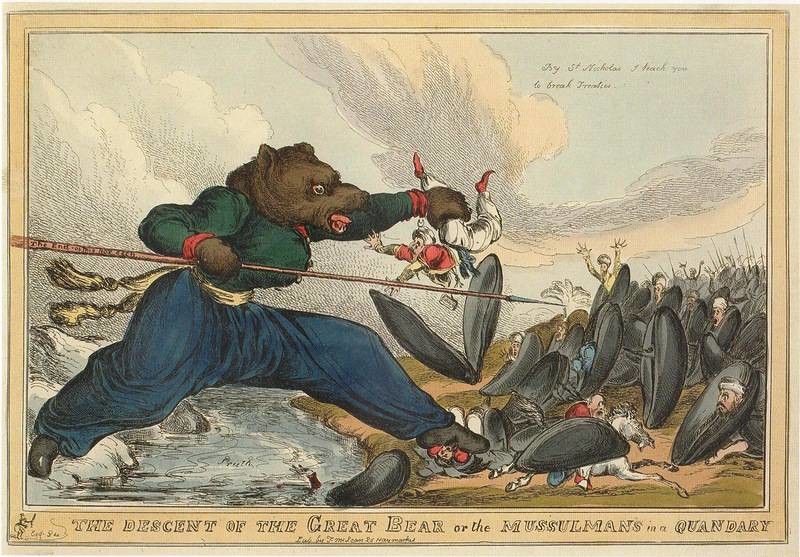 Do Russians like the bear as a symbol? It's hard to say. It was always somewhere in the background, as it were. But the Russian bear’s popularity in Europe was such that the Soviet Union decided the bear's negative image could at least be shown in a more positive light, simply by reminding the West that the bear is a very brave, strong and tenacious animal. Not to mention a great mascot for the Olympics!

And so it was that many viewers were moved to tears when the bear mascot soared up into the sky on dozens of balloons at the closing ceremony of the 1980 Moscow Olympics.

Later, after the breakup of the USSR, the bear was one of the contenders to appear on the Russian national emblem, but it lost to the Russian Imperial double-headed eagle. However, the bear had a comeback in the early 2000s, when it was picked as the symbol of the ruling United Russia party