Why do so few Russians speak good English? 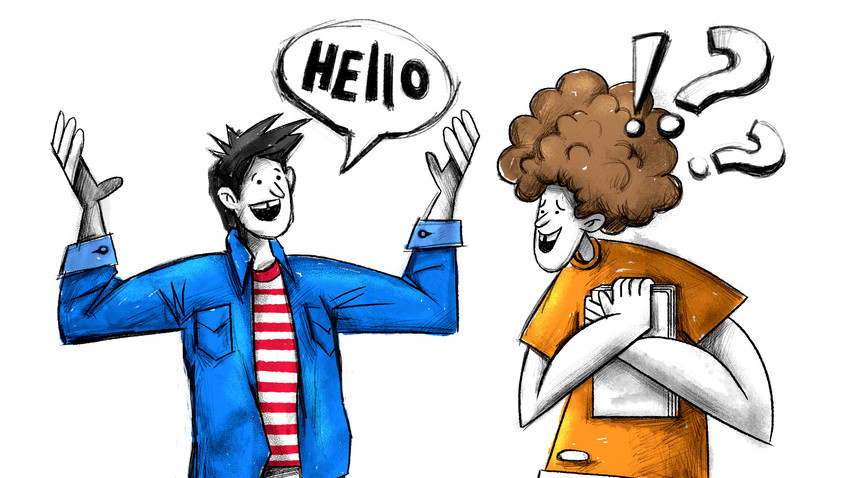 Natalya Nosova
Russians have been struggling with the English language for several generations now and just can't quite seem to master it. But why is learning English—often regarded as a relatively straightforward language—such a headache for many Russians?

There is a joke among Slavs that always gets a good laugh at a party: They just start speaking in English with a heavy "Russian" accent—just like the Russian villains in Hollywood movies talk. So yes, the notorious Russian accent in movies might be yet another thing that Hollywood has exaggerated (albeit not entirely unfounded in this case).

But can you imagine that most Russians have never heard the original English-language voices of the characters in South Park or The Simpsons? Literally never.

"You bet I was shocked when I heard unfamiliar voices coming from Homer's, Marge's and Bart's mouths," recalls user Alex DeLarge on Quora, a linguist with experience living in Russia. At the time, The Simpsons was being shown on Russian TV, fully dubbed into Russian, and Alex immediately thought: "People in Russia could watch The Simpsons for decades without even knowing the sound of their characters' voices." 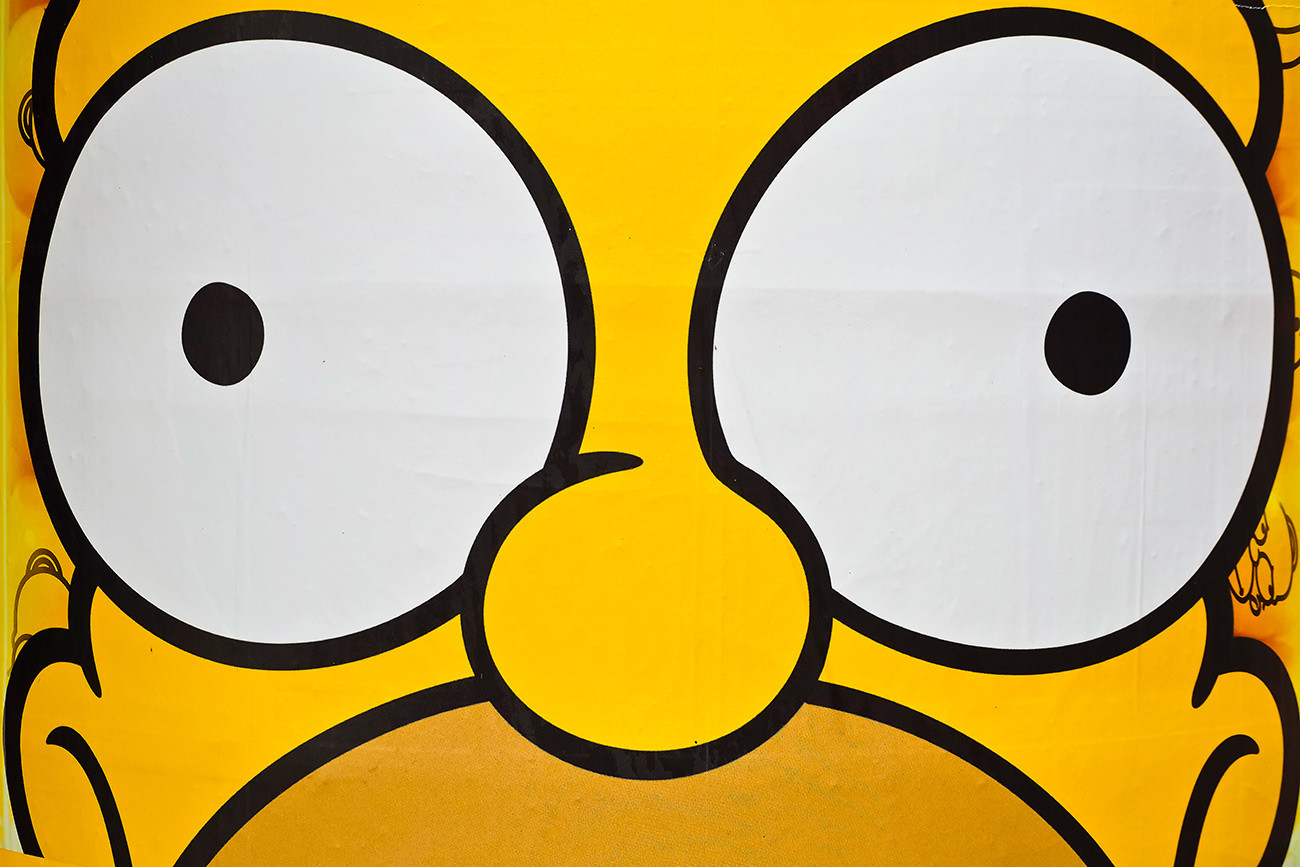 This is true. In Russia, almost all foreign movies and TV shows are dubbed. This is the norm and has never really been questioned except by a very small handful of movie nerds in the big cities. Could this be one of the reasons most Russians have trouble understanding and speaking English? In terms of English proficiency, the country is near the bottom of the list among European countries—only Ukraine, Georgia and Turkey came in lower. And while movies and TV dubbed into Russian might be one reason, it is certainly not the only one.

In fact, living in Russia without knowing English isn’t much of a problem. All foreign films shown in the country are dubbed, and most books are translated. And so in most cases this enormous country covering an area larger than the surface of Pluto doesn't really have to struggle with the grammatical structures of foreign languages, which have no major role in most people’s lives. 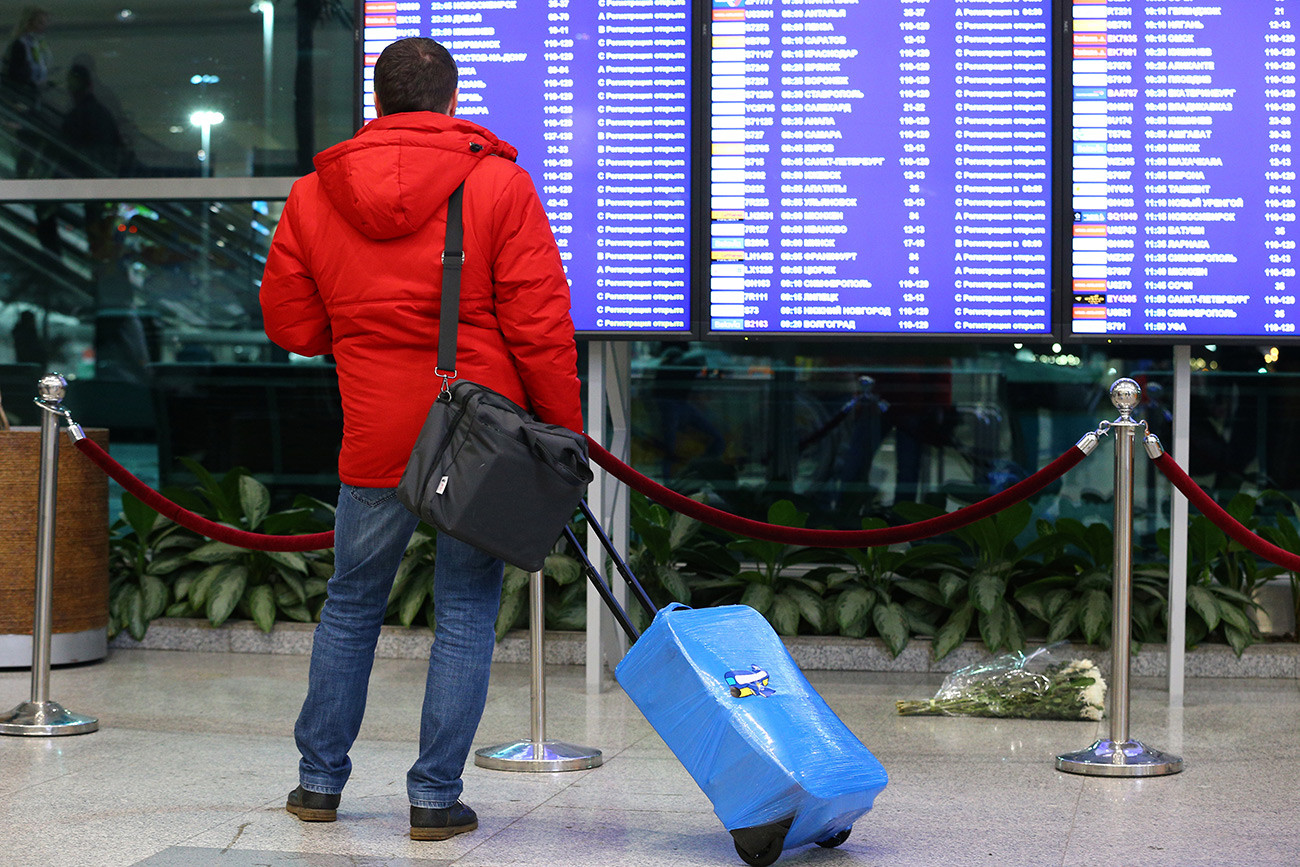 For most Russians, the matter of speaking English only comes up if they travel abroad. But this doesn't even apply to many people since 72 percent of Russians don't even havea passport for foreign travel, and 59 percent of them have never traveled beyond the borders of the former Soviet Union.

If you ask a Russian where and when they studied English, most likely you will hear the standard reply: "For about eight years at school and then at university." You might think this is a very long time, or at least long enough to become fluent in English, but you’d be wrong there.

"In the end we can observe a sort of ‘dog syndrome' common to almost all Russians—both children and adults—that can be summed up as: ‘I can understand something, but I can't say anything," says Margarita Golomidova, a teacher. 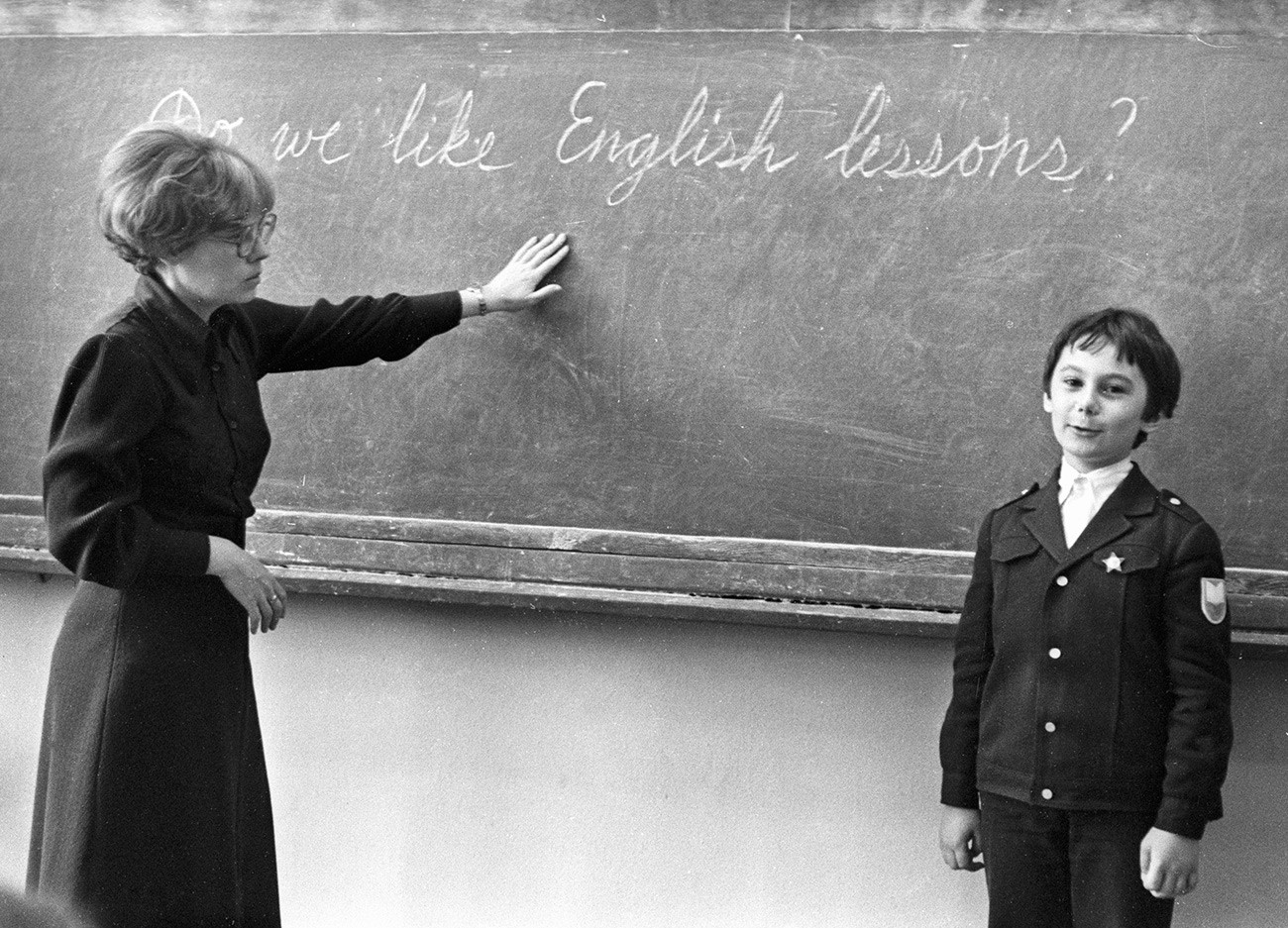 The Soviet, and later Russian, state schools where most children receive their education have generally preferred and still prefer to teach grammar rather than conversational language or, in general, how to grasp a language in terms of what it sounds like. Katerina Litvinova, who now lives in London, recalls: "When I studied at MGIMO [Moscow State Institute of International Relations] no one taught me how to write business letters to partners by email, let alone formal letters like applications, etc.!”

There is another reason too: The English language of the 19th century is what was adopted as the standard in Soviet schools. Thus, according to "Soviet English," "dinner" is "supper," "lunch" is "dinner" and "hello" is the only correct greeting because "hi" is seen as disrespectful.

Before World War II, English was less important for continental Europe than, say, French or German. Throughout the 18th and 19th centuries, high society in Russia spoke French more (and sometimes even better) than their own native language, while German was regarded as the language of technology. "I still remember the huge volumes of Hütte [a reference work for engineers] that my grandfather kept for his heirs," says Vadim Berman, the founder of several startups.

Many Russians find English grammar terrifying. They often forget or confuse the English articles "a" and "the" because the latter don't exist in Russian. But even more destructive is the fear of making a mistake. For some reason, many Russians think that if they make a mistake in conversation in a foreign language, they will be judged harshly for it. Many have simply have not been told that it’s not the end of the world to make a mistake. 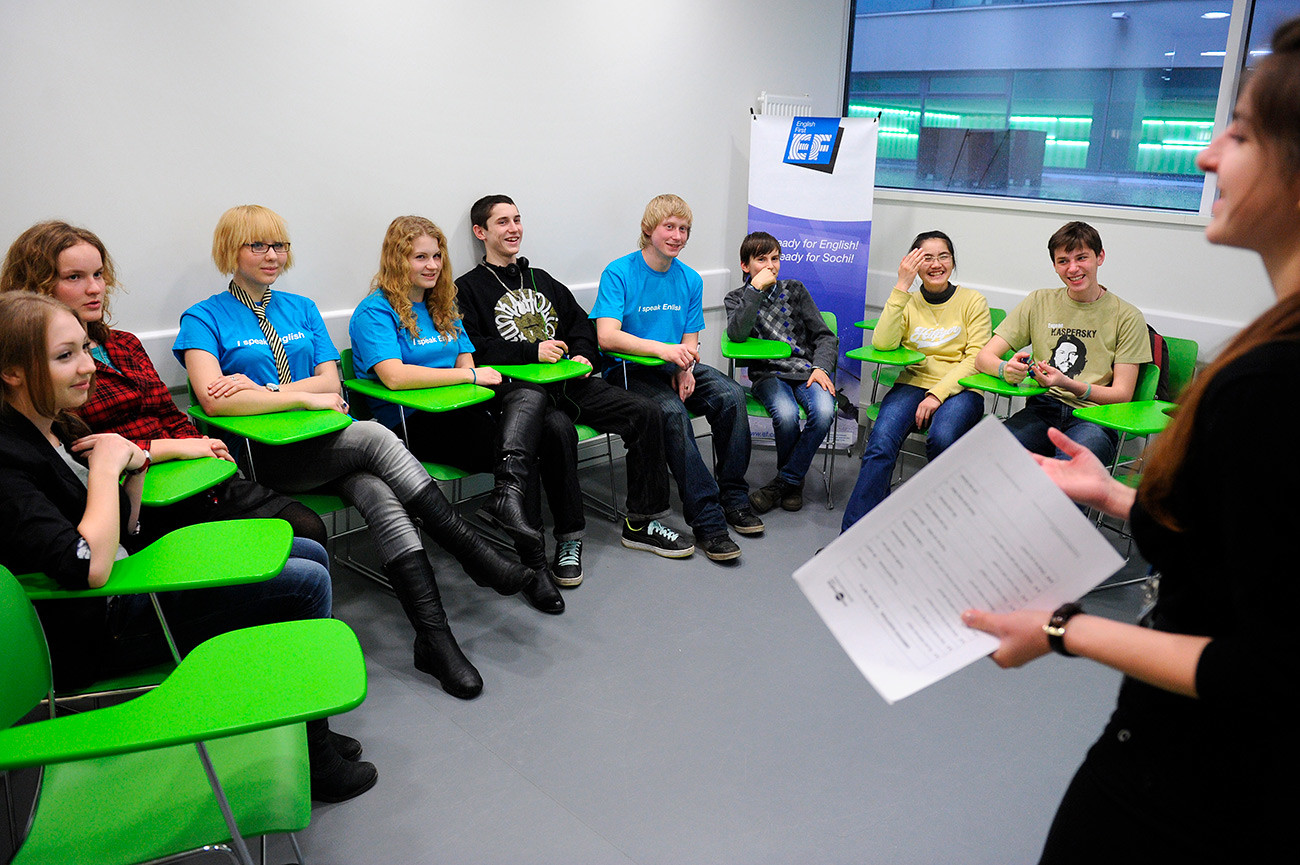 "We can't relax," says Olga Fedorova. "My mother told me that during a visit to Czechoslovakia she had to use English. She was surprised how freely and without embarrassment the Czechs, for whom it is not their native language, spoke English. She struggled with sentence structure in her head and checked all points of grammar before saying anything. For their part, the Czechs made mistakes and didn't seem particularly bothered."

Finally, English is not really needed that much on the Russian labor market. Inna Anisimova, who heads PR Partner, says, “As someone who has done an MBA in English, I can say that Russia has such a big domestic market that there is no need to learn English and go abroad. There is simply no point in it." 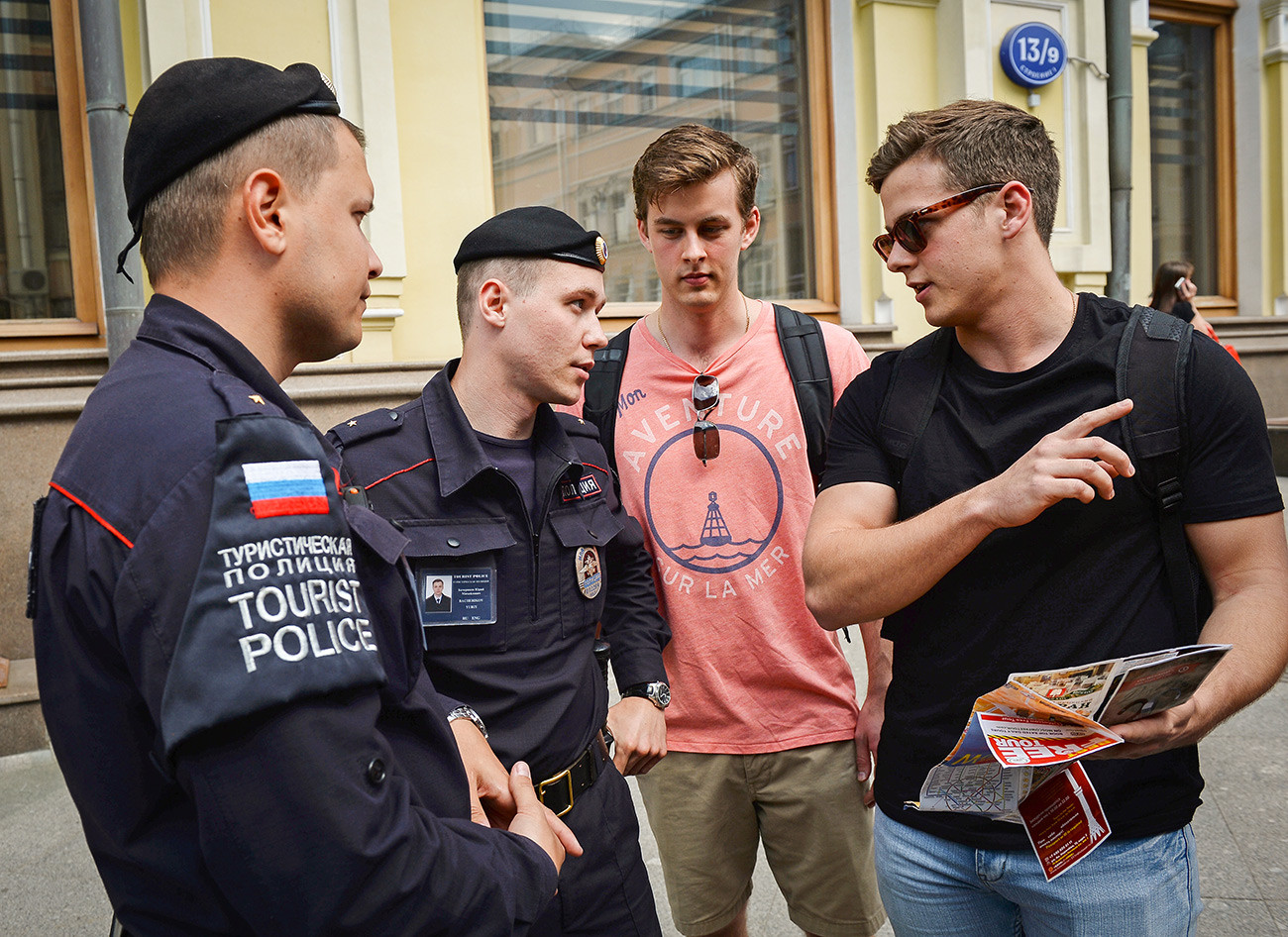 HR specialists do see a point in it, albeit a very limited one. For example, 80 percent of vacancies require some knowledge of English. And while this is a real necessity for people working at Western companies, at most Russian companies it is often just a sort of "image filter" designed to single out better-qualified candidates, but English might never actually be needed at work.