AFP
Since childhood, his training partners have all been female. His dream is that one day men’s synchronized swimming will be taken seriously enough to become an Olympic sport.

I arrange to meet Alexander Maltsev at a café in Moscow. Finding this global star among the crowd isn’t easy. Only when a fragile, fair-haired, brown-eyed guy tucking into a chicken kebab raises a hand in a welcoming gesture do I spot him.

“I already ordered, had no time for dinner, I’m starving,” he says apologetically, making him seem even more fragile.

I notice several pimples on his face that make him look even younger – it’s from all the contact he has with bleached water. On the whole, he has the appearance of a high school student; if I were a waitress, I certainly wouldn’t sell him alcohol. But that’s by the by, since Maltsev wouldn’t touch it anyway – four-time world champions don’t drink, even if they’re 24 years old.

“At first, I had to be dragged into the water. It wasn’t just about learning to swim, but about stretching and general athletics. My limbs were like wood back then,” Maltsev recalls his first synchronized swimming lesson in St Petersburg. He was only seven.

It was an experimental class for boys at a synchronized swimming school, where his parents had decided to send their son to improve his physical strength. Figure skating was another option – boys often do that, but the chance of getting injured and going to seed was much higher.

His first success came after a year of training, says the athlete with undisguised pride. Right now I’m looking at him with poorly concealed envy – at age 23 I’d only learned how to float on the water, and even then wearing armbands. 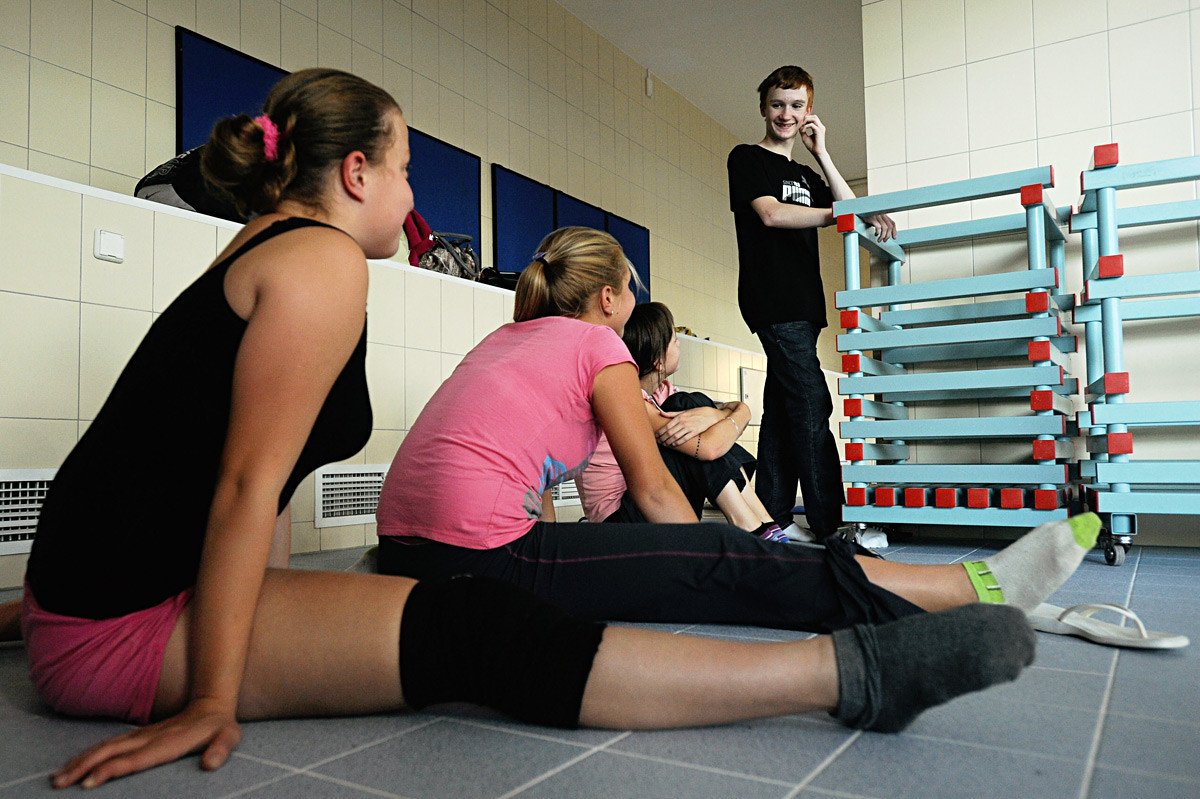 Still in his early teens, he’d learned some moves usually only performed by Olympic champions. So it wasn’t long before this gifted schoolboy was called up for sports fee of the Russian national team.

“True, I wasn’t allowed to compete – there was no competition for boys. I had to enter the non-competitive program, there was no chance of winning a medal,” recalls Maltsev.

He says that despite the lack of competition for boys, the girls envied him all the same – how can a guy be more flexible than us? The coaches, who doubled up as competition judges, were also against him taking part competitively.

“Many said straight to my face: ‘Alex, you’re in the wrong place, boys don’t do this kind of thing,’” he says. His face expresses no particular emotion, but his fists, it seems, are clenched.

“Something needs to change” 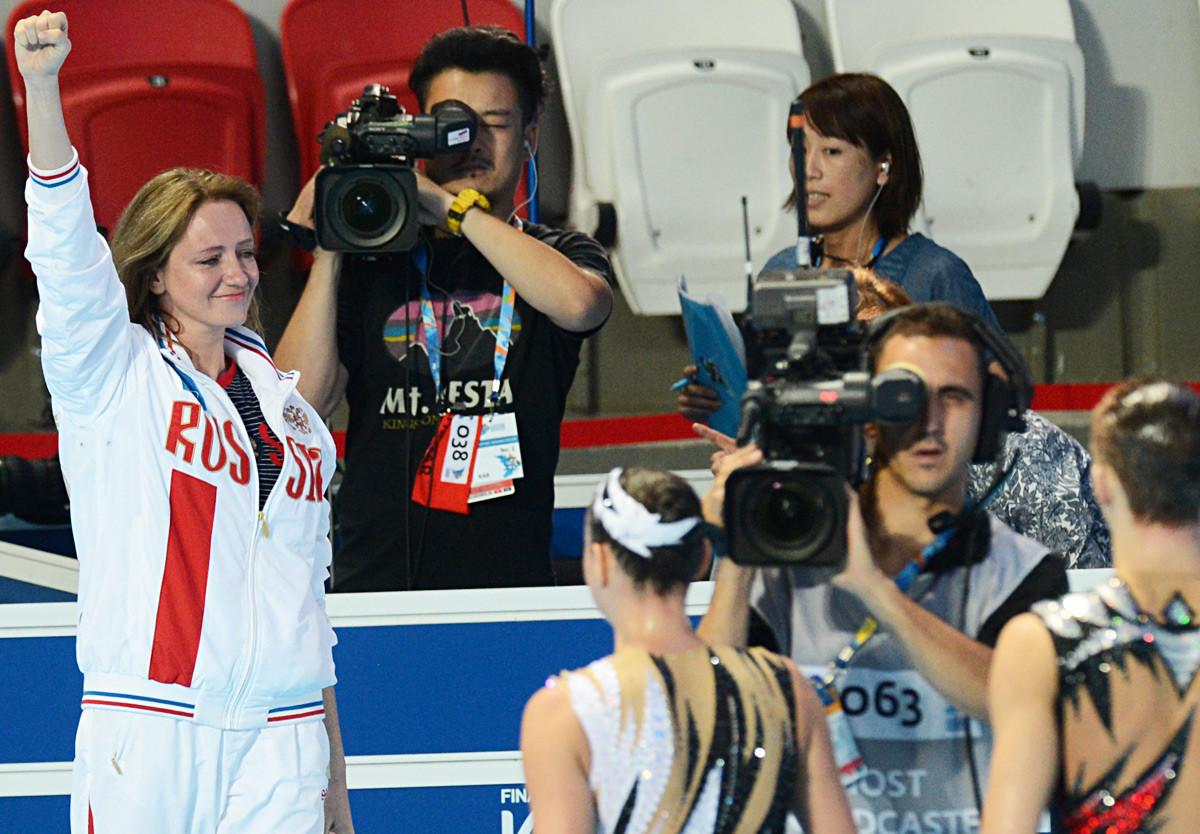 Coach Gana Maximova with Alexander Maltsev and Darina Valitova after they performed in the mixed duet free synchronized swimming final at the FINA 2015 World Championships in Kazan.

The experimental synchronized swimming classes for boys were discontinued, yet Alexander remained at the sports school. When he was 15, the “wrong place” decided to ditch him once and for all.

“I had to find a sports category to perform in, but there wasn’t one for me. So on that pretext, they kicked me out,” says Maltsev. 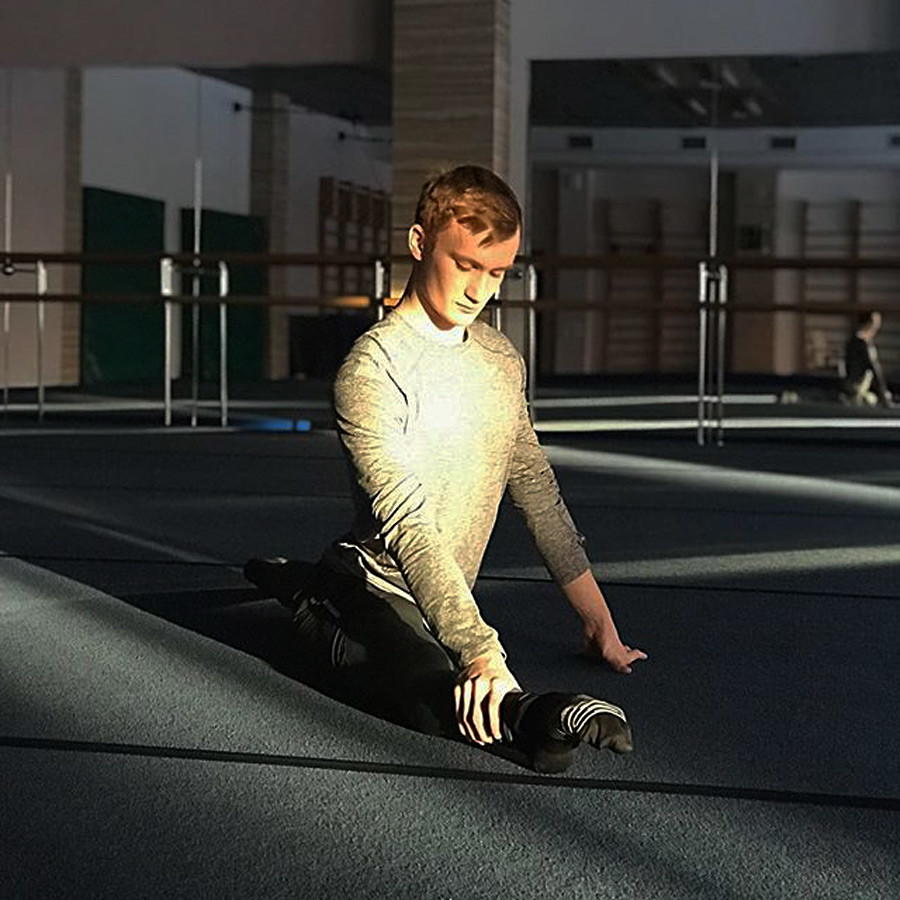 He prefers not to reflect on how he felt about it, saying only that shortly before his exclusion he met the head coach of the Russian synchronized swimming national team, Tatiana Pokrovskaya, who asked Olympic champion Olga Kuzhela to train him further in her sports school «Neva wave». Then he wend live to Moscow and got new coaches - Gana and Maria Maksimova.

“Any sport should be for men and women. If it’s not suitable for either sex, something about it needs to change,” he asserts.

The first medal and then some

Something did change at the 2015 Artistic Swimming World Series, where mixed duets were allowed for the first time. Maltsev and his female partner promptly won gold in the free routine category. All that Pokrovskaya could shout live on air was: “Aaaaaa! Are you kidding me? Hooray!” And even her deafening screams were drowned out by the applause from the spectators.

“Everyone was overjoyed and going nuts. As for me, after the tough competition, sure, I had sense of victory but also of hollowness,” Alexander shares his memories of his first gold medal.

At the same time, negative comments about Maltsev’s costume and makeup started appearing under online videos. “Is that a man? Does he embroider his own costume?” and “Why doesn’t he do men’s sports?” are the most inoffensive. Even now, four years later and armed with mixed duet gold medals in various World and European championships, he still gets hate messages on YouTube. 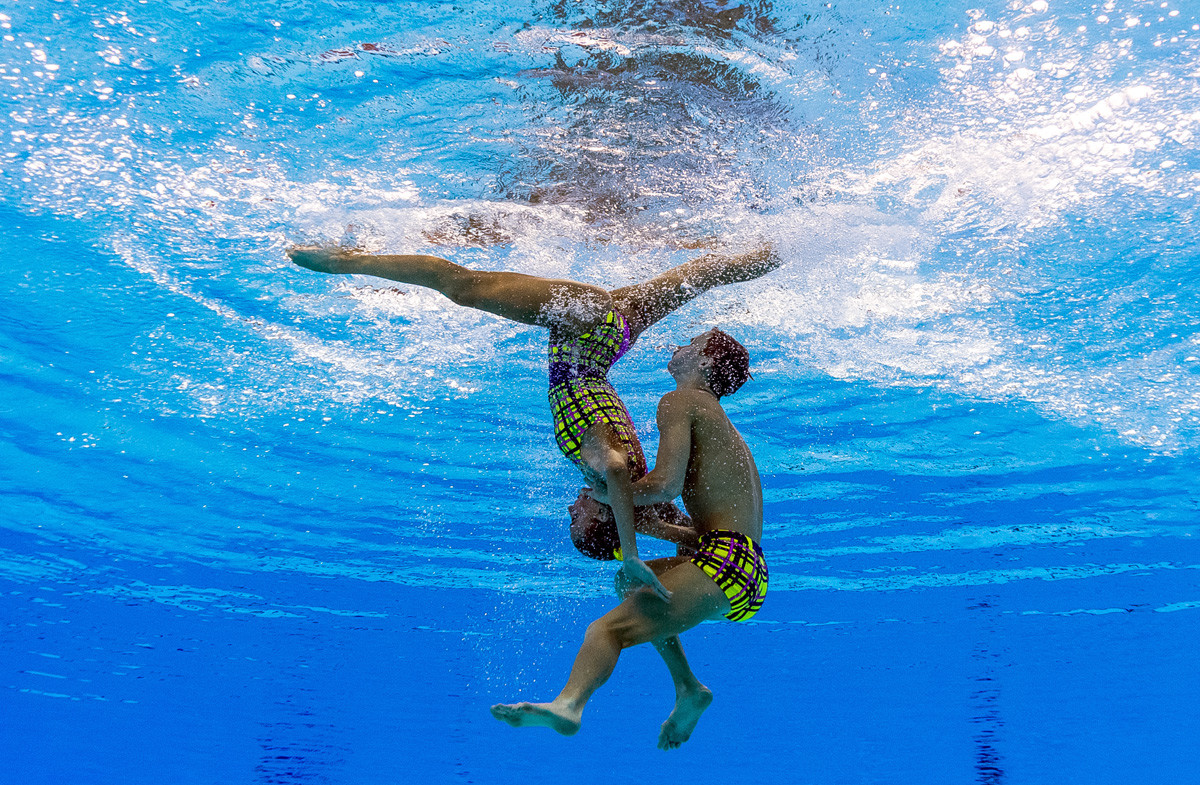 Asked whether he’s hurt by the negative comments, Maltsev responds evasively but brusquely: “I acknowledge only constructive criticism, not mindless insults. I’ve no interest in this layer of society, many have no idea what they’re talking about.”

The fight goes on

His most recent gold, or rather two, Alexander and his partner Maya Gurbanberdiyeva won at the World Aquatics Championships in Gwangju, South Korea, at the end of July. But the ultimate goal of his struggle in a female world is the Olympics. Things are moving in the right direction. The International Swimming Federation has at last promised to recommend that the International Olympic Committee (IOC) introduce mixed duets in the 2024 Olympics.

“The Olympic ticket is the top priority. I really hope the IOC rules in favor. Otherwise it will harm the sport’s development,” he is sure.

In the meantime, he has two months of rest before preparing for the next competition. Maltsev has yet to decide what to do with his time off, but he has no plans to travel: “I’ve had too many flights already this past year.” 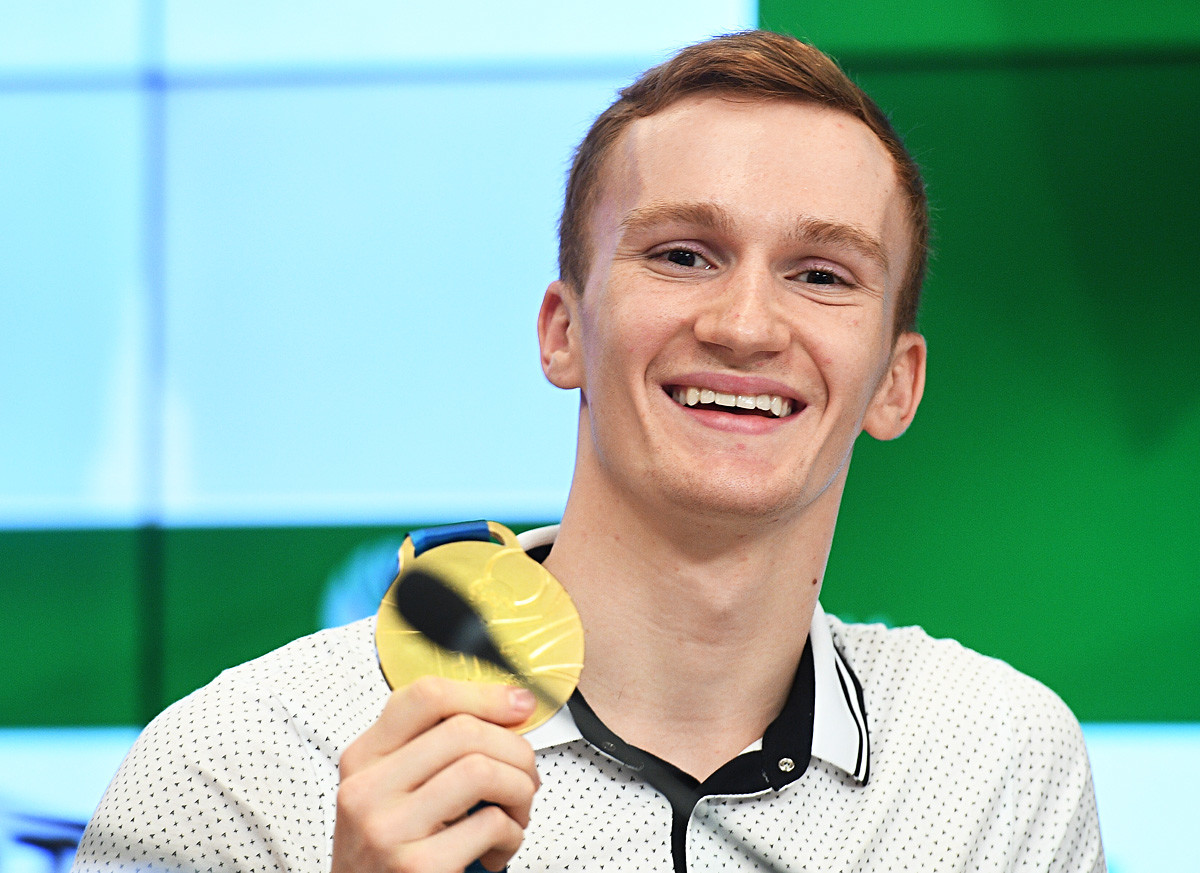 Only now do I notice the fatigue-induced bags under his eyes. Sport, even if theatrical and choreographed like synchronized swimming, is still hard work.