This 5-year-old Russian girl snowboards better than you do

Lifestyle
Alexandra Guzeva
instagram.com/vasilisa_board
Whether it be winter snowboarding or summer skateboarding, this sports-mad girl has no fear.

“Ready, steady, go!” shouts . Vasilisa pushes off and hurtles towards the ski jump. A backside double cork and soft landing every movement pure poetry. “Way to go, Vasya!” cries . Nothing unusual for a snowboard fanatic, unless you factor in that Vasilisa is five years old

and Anton Yermakov have long been snowboarding aficionados, but they had no plans to attach their little daughter to a board. It happened by chance: “We were unloading our gear one day. She saw my snowboard, got on it, and went off down the mountain by herself,” says Natalia. She and Anton watched open-mouthed. Vasilisa was three years old at the time 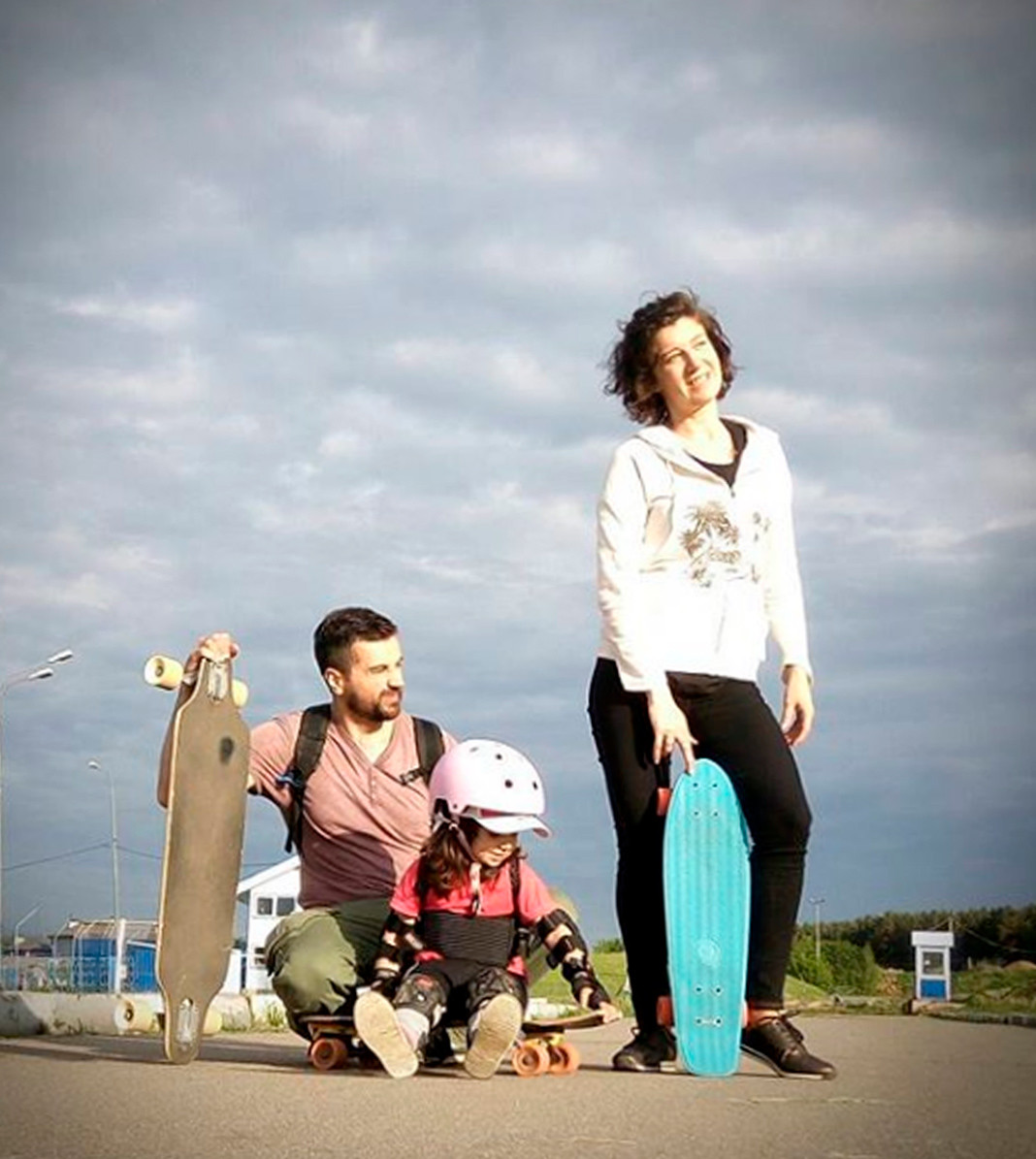 begin with, her parents introduced her to downhill skiing. Having skied all winter, Vasilisa, out walking with her dad, spotted some lads skateboarding near her home and wanted to try. The whole family got themselves skateboards to keep mobile till the next winter season.

At the ripe old age of four-and-a-half, Vasilisa strapped on a snowboard, and just three months later she was in the Russian Book of Records as the youngest snowboard jumper to perform one and turn (540-degree) 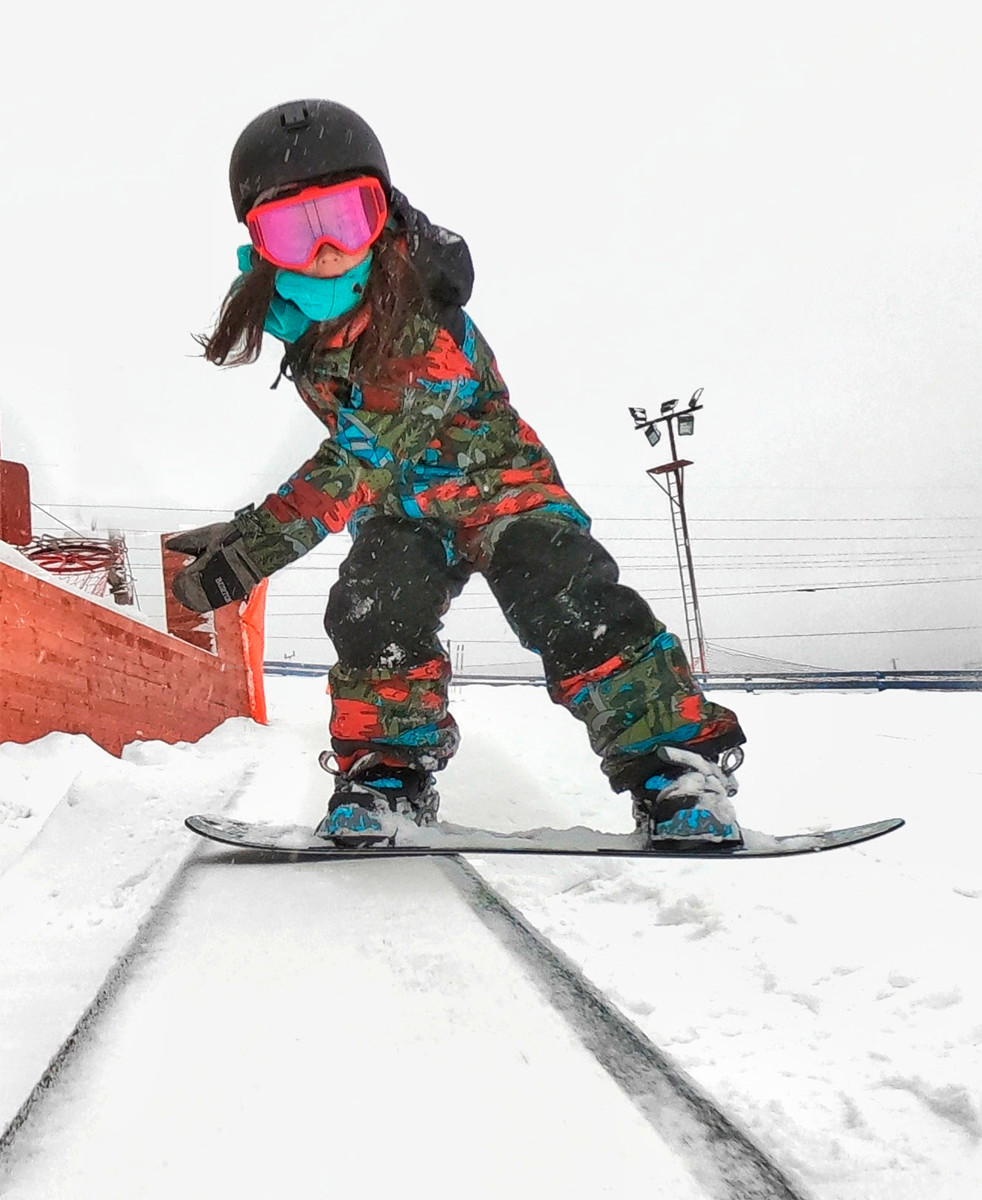 and dad never forced her to do it, and at first were not keen to buy a snowboard. But Vasilisa asked for one for her birthday.

“She’s a real fan and wants to ride all the time,” says Natalia. Sometimes her parents ask her to ease off a bit. But no, in winter she demands weekend family and skateboarding in summer

dad Anton is a professional and trains his daughter at the Kant sports complex in Moscow, a 5-minute drive from home. Vasilisa even became his official and has access to a run where she can ride as much as she wants. There is also a trampoline center, where she practices all her jumps and spins once a week, and then transfers them to the slope.

Speed and height hold no fear for Vasilia, nor do falls. In summer she did downhill skateboarding and fell off a couple of times, badly grazing her cheek. After five minutes of crying, she was racing again

mother Natalia is herself an extreme sports and isn’t fazed by her daughter performing mindblowing tricks and vertiginous jumps. “I love it and have total confidence in her, we train together really well. I can only admire her. Wow, I can’t do what she does,” says Natalia.

Vasilisa has a special love for competitions. Totally nerveless, she likes nothing more than to be surrounded by other people on snowboards. Recently, she won a speed slalom competition at the Krylovykh ski school. 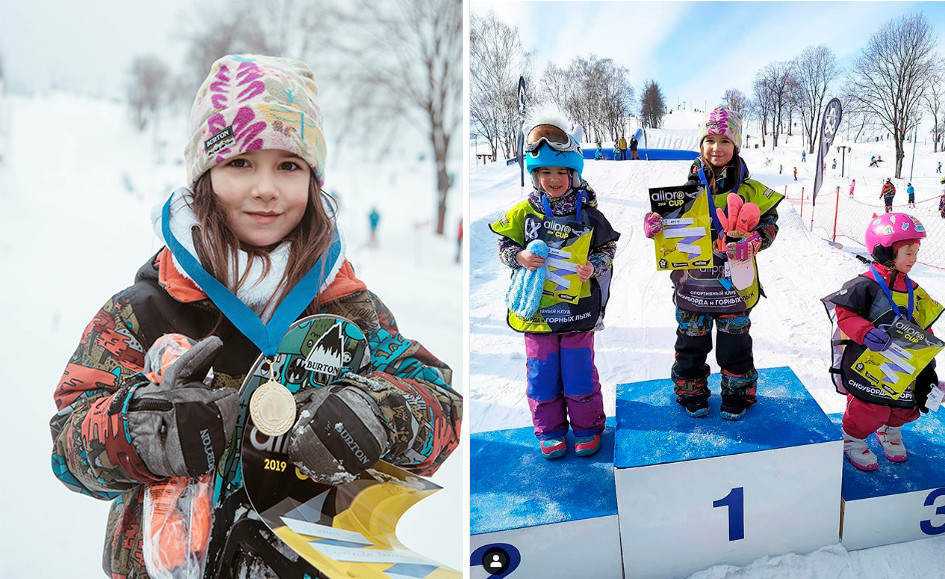 “In Russia, children’s snowboarding is underdeveloped,” says Natalia, but adds that the trend is moving in the right direction. Last year, there were seven competitors at the Krylovykh school, but this year the number had climbed to 50—the result of parents getting their children into snowboarding at an early age.

“Mom, I wanna do that,” says Vasilisa, watching a video from the World of X Games on her tablet computer, in which a snowboarder performs a triple cork. That is still a stretch too far for the young Russian snowboarder, but she already has the 720-degree backside rodeo fully mastered.