Why do Russian women fall in love with criminals?

A 22-year-old woman with blonde hair enters a small room resembling a utility room. She takes off her down jacket and shivers from the cold – it's December and she's wearing a tight-fitting white dress with bare shoulders. The room has no heating.

"Well, where is your fiancé? Let's speed things up!" grumbles the registry office employee, but the bride-to-be takes no notice. She's just clutching two simple gold rings that she bought with her own money.

When a Penal Service officer leads a tall blond man into the room and takes off his handcuffs, the bride is speechless. This is the first time she sees her fiance not in a prison uniform, but in a black suit and tie. 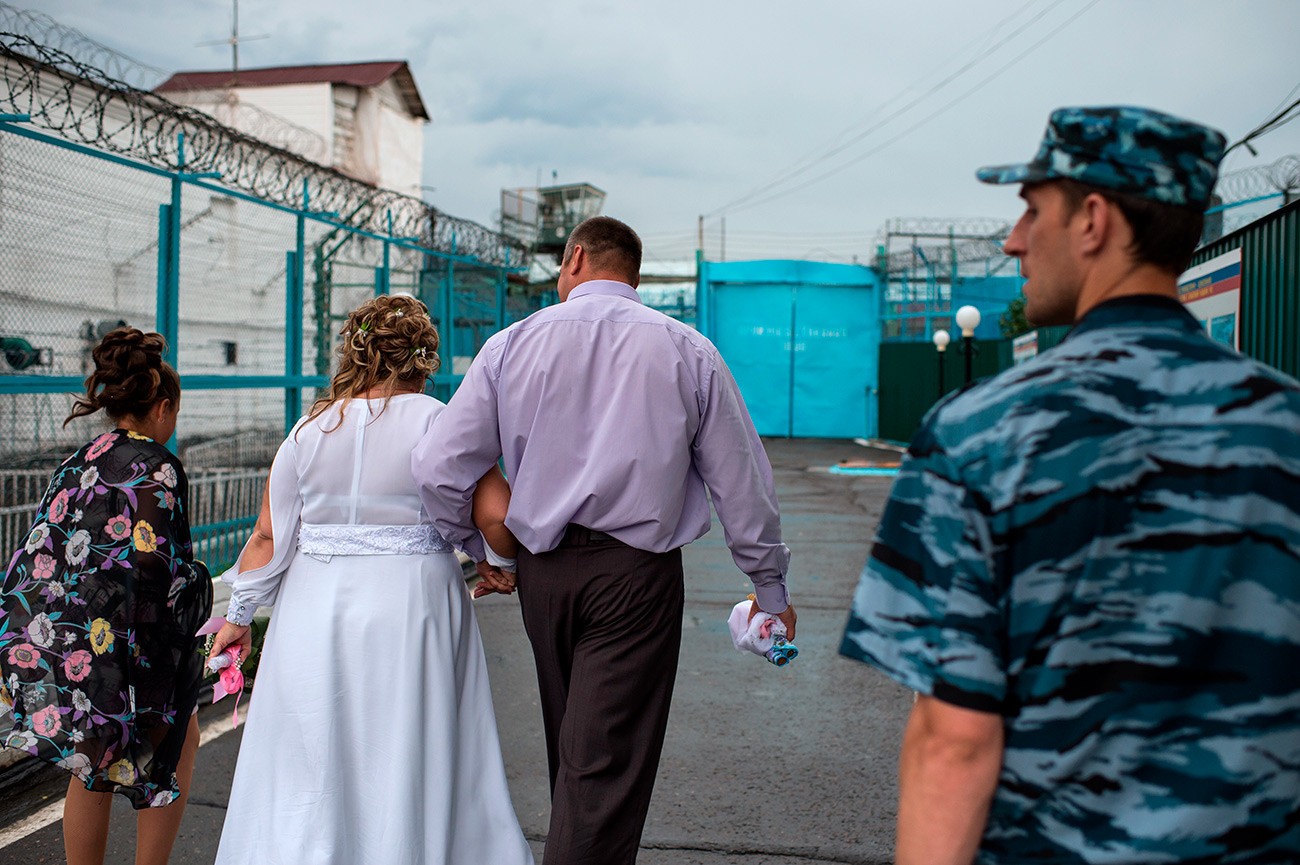 The wedding between the young employee in a printing company and a thief sentenced to several years behind bars took place at a prison in Voronezh (250 km from Moscow). Fenced off from the outside world by barbed wire, no family members for either the bride or the groom were present.

“I didn’t care that it was a prison, and that my mother was not there. I loved him, and all the rest seemed unimportant. We were happy as fools,” Anastasia recalls.

Vladimir, her new husband, was released from prison for three days. They spent their wedding night in a room with bare walls, an old creaking bed and a shared kitchen (this is a typical room for family visits at Russian prisons).

Vladimir and Anastasia were brought together either by fate or by inattentiveness. The 19-year-old guy was calling his friend (he had bribed a prison employee to get a phone), but he misdialed one digit and heard a pleasant female voice at the other end.

“I liked his baritone voice, so I didn’t hang up. I remember we spoke for half of the night,” says Anastasia.

She was not put off by the fact that he was calling from prison. Especially since he did not try and hide it, but told her his story straight away: he had been framed by his best friend, who also was accused of stealing. Besides, the guy was young, and everyone can make a mistake, Anastasia thought. 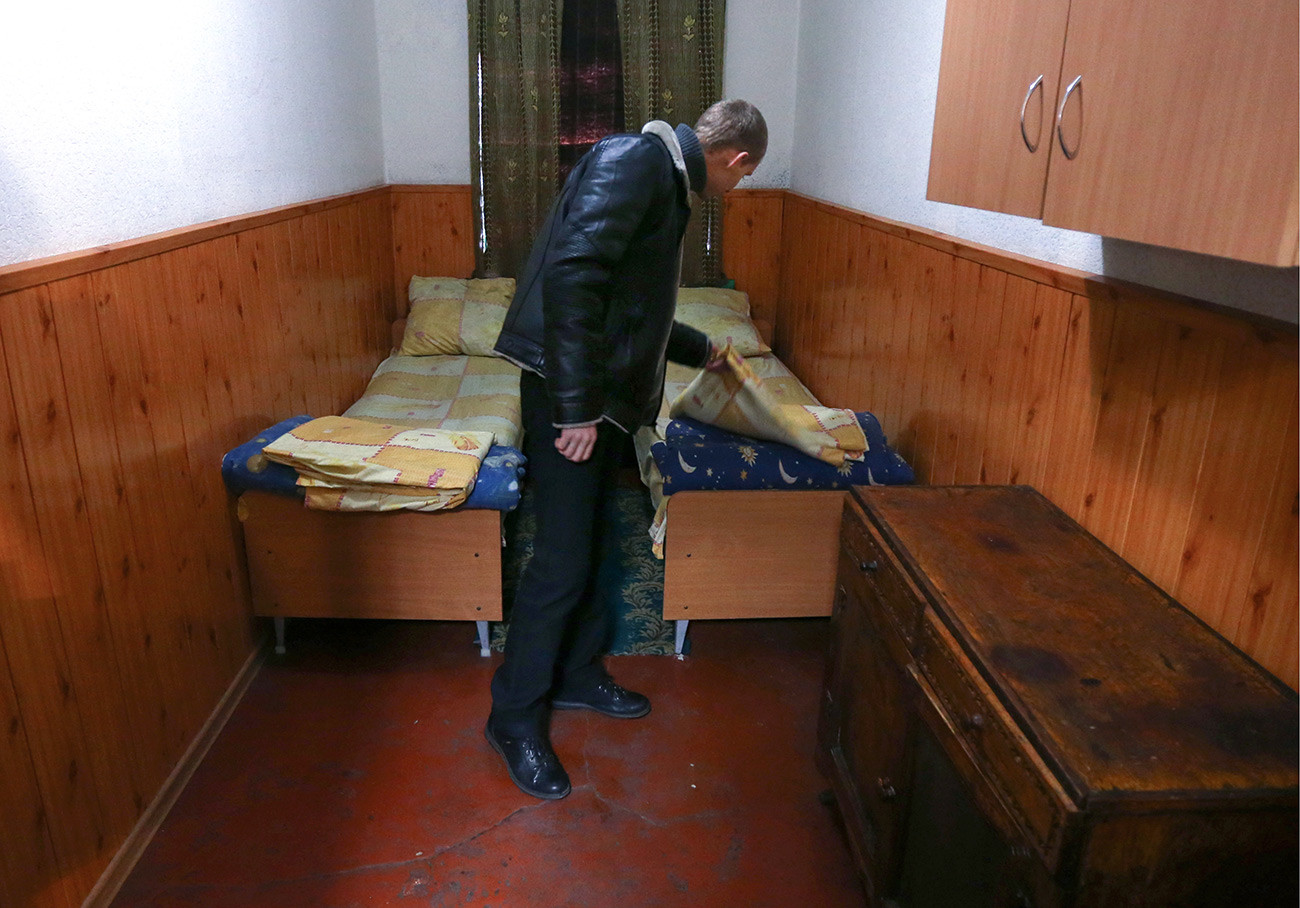 A month after the first call, Anastasia paid a visit to the Voronezh prison. She saw the young man through the glass window and knew instantly that it was not a mistake: she had always been attracted to tall blue-eyed men with blonde hair.

“Soon my whole apartment was littered with his letters. He wrote how much he loved me and how he could not wait to see me. He sent me beautiful postcards, even painted my portrait. At the time it all seemed utterly romantic,” Anastasia recalls.

He never asked for anything in return, but still Anastasia sent him parcels with expensive cheeses, sausages, tea and cigarettes.

A year later they married, and another 18 months later, after his release, the couple were on their way to Moscow, to start a new life.

In prison jargon, women like Anastasia are called 'lyubimka' (from the word for 'love') and 'zhdulya' (from the word for 'to wait'). There's also another type of women, known as 'zaochnitsa' (from the word for 'correspondence course'). While Anastasia met her husband by chance, some women deliberately search online for men who are in prison. There are at least a dozen groups on the popular Russian social network, VKontakte, where inmates look for women to date. Natalya, a 19-year-old student training to be a teacher, responded to one such ad. 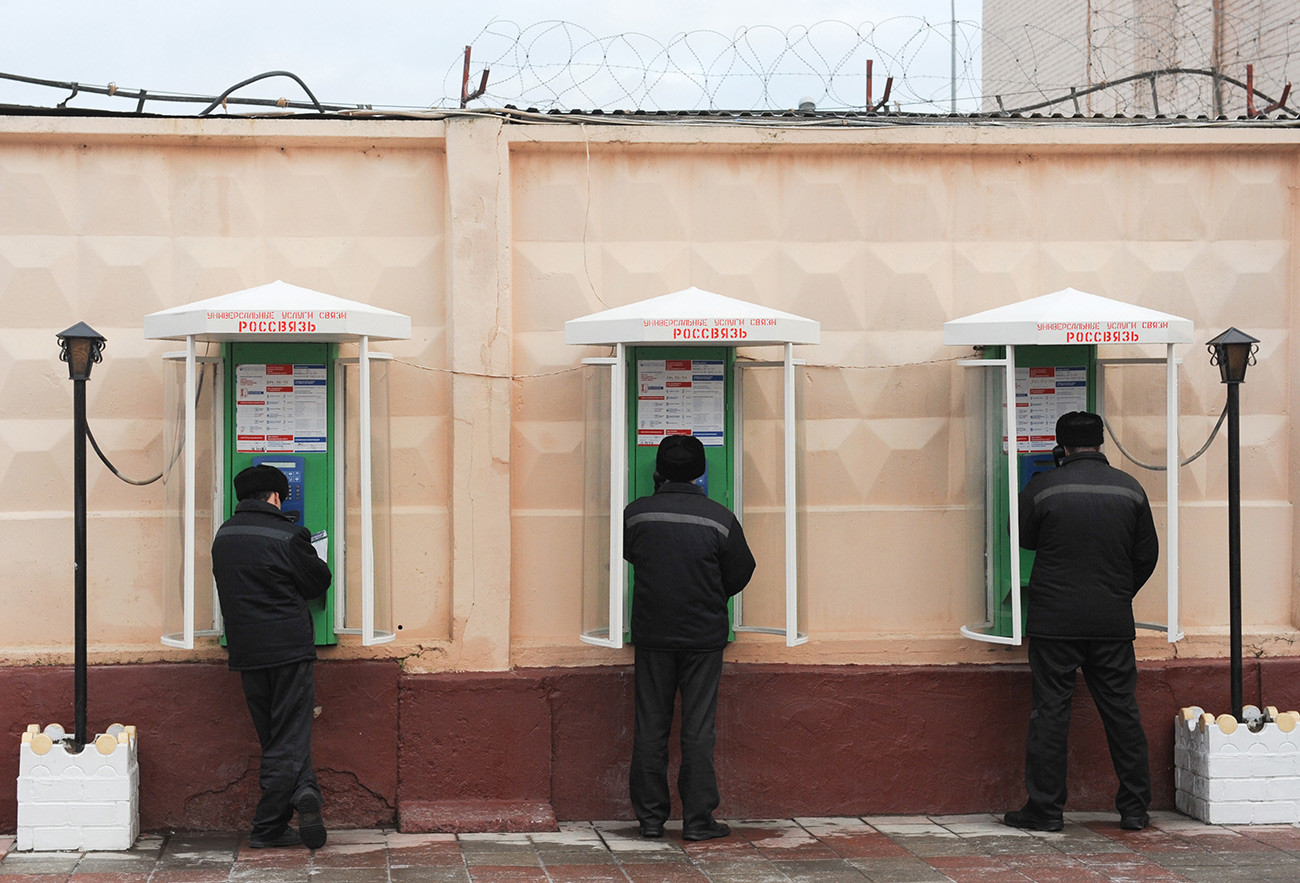 Her 45-year-old lover often snitched on other inmates to the prison administration. In return, he was sometimes allowed to spend time outside of prison. Their first date ended in sex in an abandoned barn nor far from the prison.

Natasha did not send him any parcels. He sometimes treated the girl to some ice-cream and cigarettes, and told her stories about prison life. He did not like talking about his own crimes, and did not look for any variety in sex. According to her, he was rather rough in bed, but she liked it.

Their relationship lasted one summer. At the end of it, she received a text message from an unfamiliar number saying that he had been released, which seemed strange since he had told her that he had been sentenced to at least five years, and had two or three more years to go. The message also gave an address, which turned out to be an old one-room apartment in a five-story building. 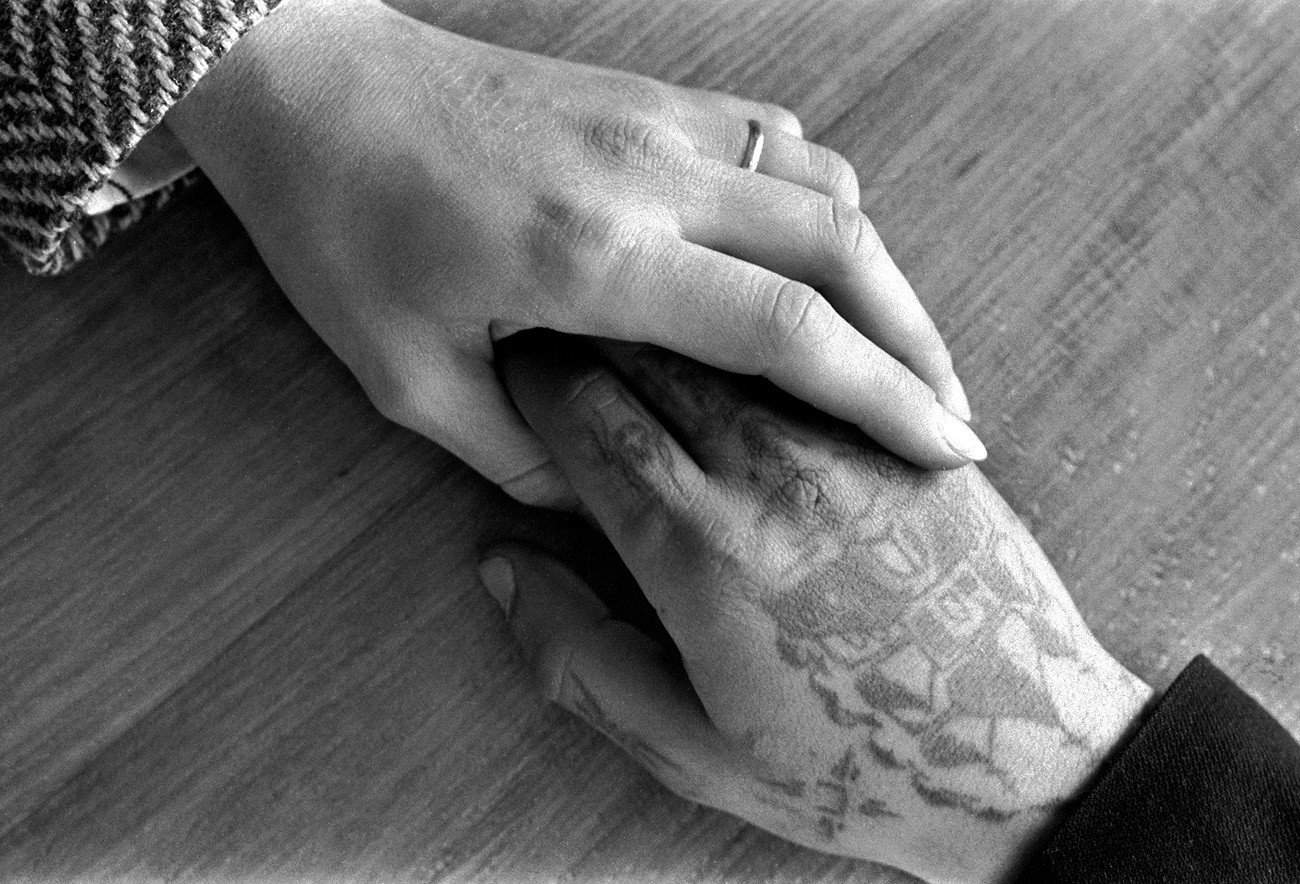 Since then, she no longer trusts prison inmates and has left their online groups – she says all they want is just sex, and they're not capable of love and self-development.

“That said, one should not expect much from ordinary men either; they are all the same,” she adds.

Compassion and illusion of protection

“Prison inmates rarely see much compassion, so women step in. What if he was wrongfully convicted, or confessed to a crime he did not commit in order to protect his comrades? Then he is a good person, he needs to be supported and heard,” he explains. 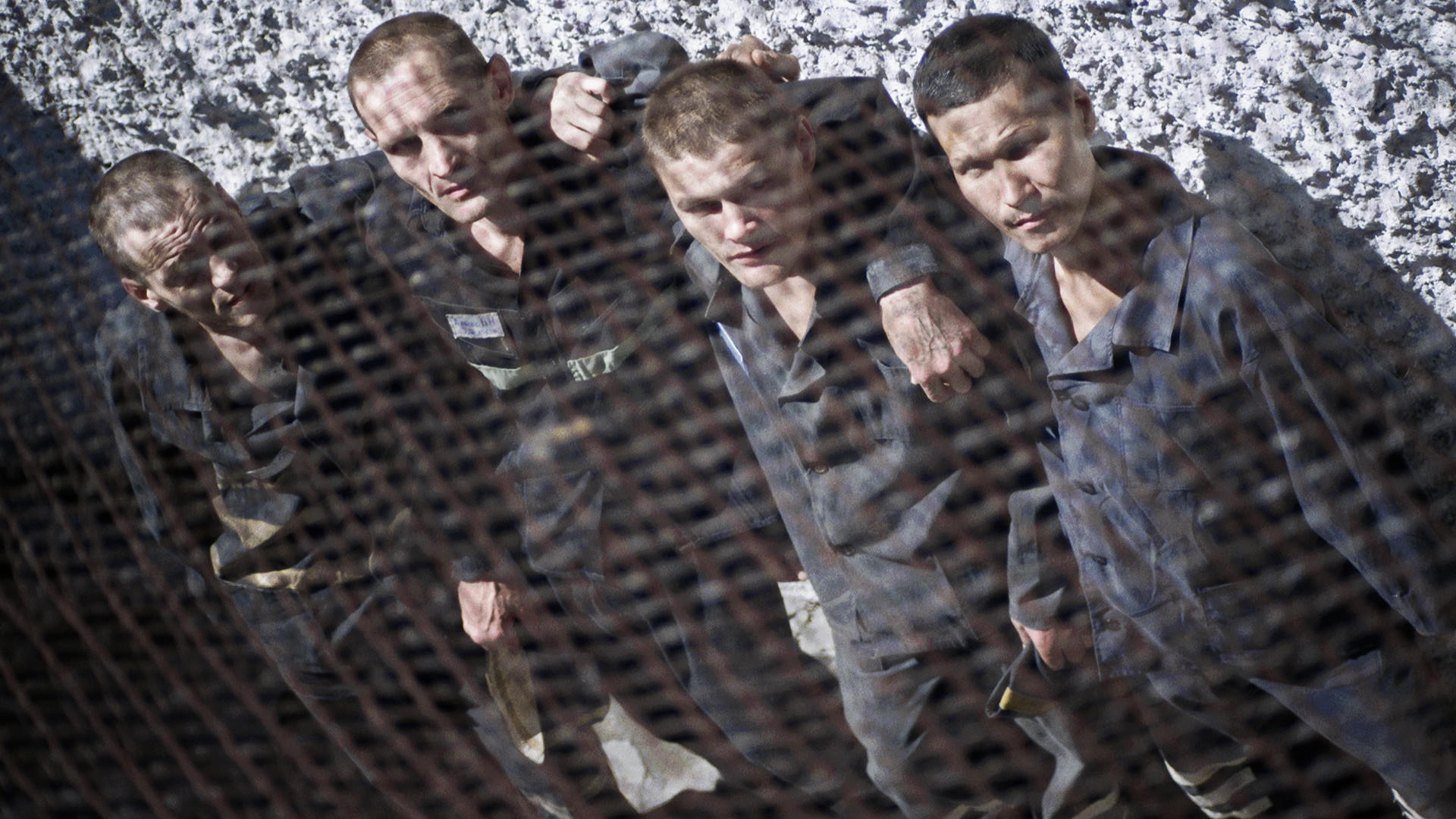 Furthermore, some women enjoy being at the receiving end of masculine strength, will, orders and force.

“The female ideal of a real man still features aggression and violence. Men such as these create the appearance of protection, but in reality they offer none,” says Simakov.

Anastasia's marriage to Vladimir did not work out either.

“He promised to find a job, but former inmates are not wanted anywhere. Soon, he again got in touch with the friend who had set him up, and began to steal again. And all that time I supported us both,” complains Anastasia. In the meantime, she received a law degree. A year later, Vladimir was sent to prison for two years for yet another theft. 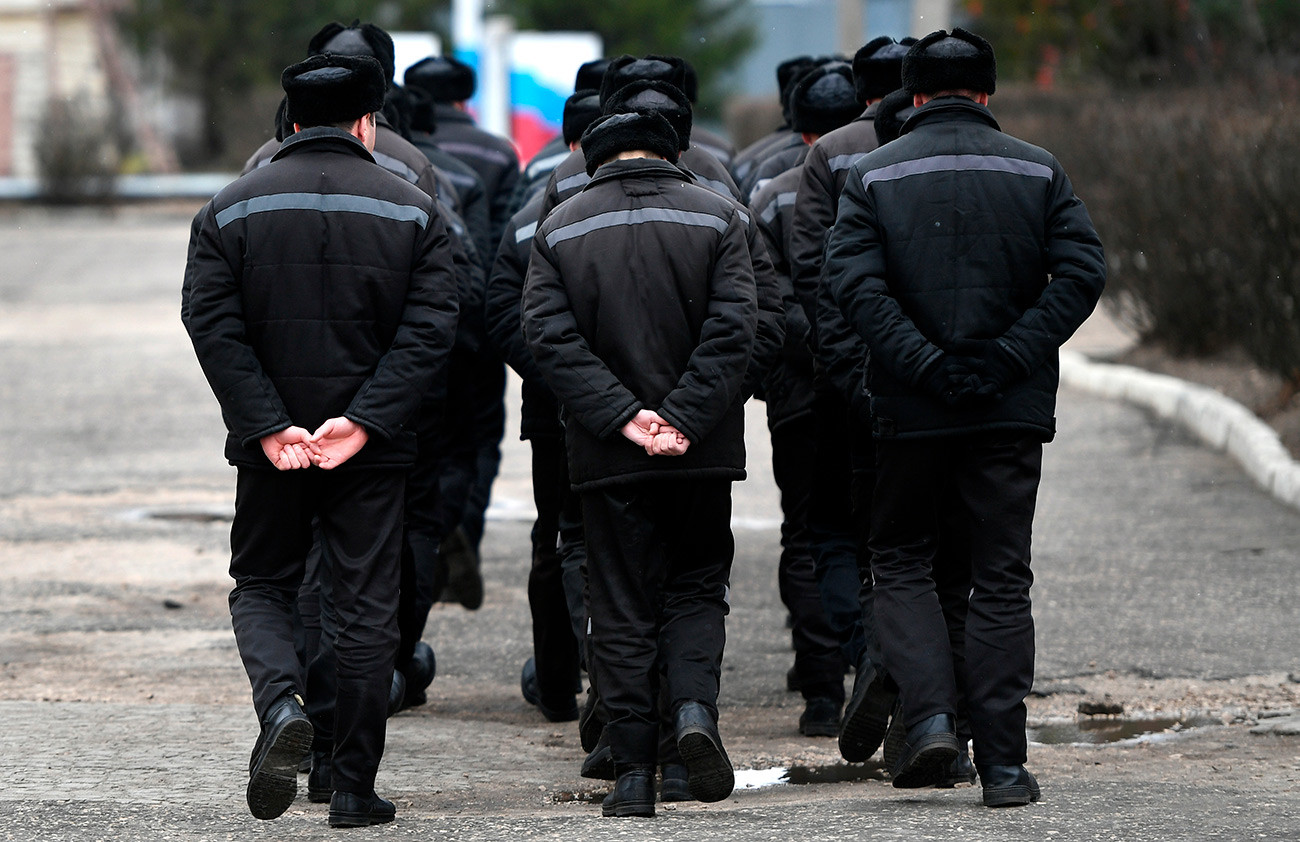 Once again, Anastasia waited for him: she loved him too much. But as soon as he was released and began to steal again, she decided to file for divorce. He didn't care.

“I had already worked as a lawyer and started working as a real estate manager. Whereas he did not develop at all, he was just moving in his vicious circle,” says Anastasia.

“It should be borne in mind that in prison a person’s psyche changes. It is possible to return a former convict to normal life, I have heard stories like this, but I did not succeed. Maybe somebody else will,” she concludes.

She admits that it's possible to build a life with a convict and they're no different from ordinary people; except that they require even more care and support, including psychological.