How Russian women cope with catcalling

Lifestyle
Victoria Ryabikova
Getty Images
Should you ignore or respond to harassment? Opinion is divided.

Poplar fluff blows down the street, getting into 14-year-old Alina’s sandals. She holds an SLR camera in her hands. The distance from her house to the house of her best friend is 50 meters. Men digging a hole right outside the friend's house see the fluttering hem of her summer dress from afar.

"Hey, gorgeous, want to learn to kiss?" she hears one of the guys asking. He is about 30. The others wolf-whistle and giggle. Alina, without saying a word, quickly walks to the door of her friend's house and dials the intercom code. As luck would have it, there is no answer.

"Look at her equipment, she'll hit you on the head with it!" another guy says, pointing to her camera. 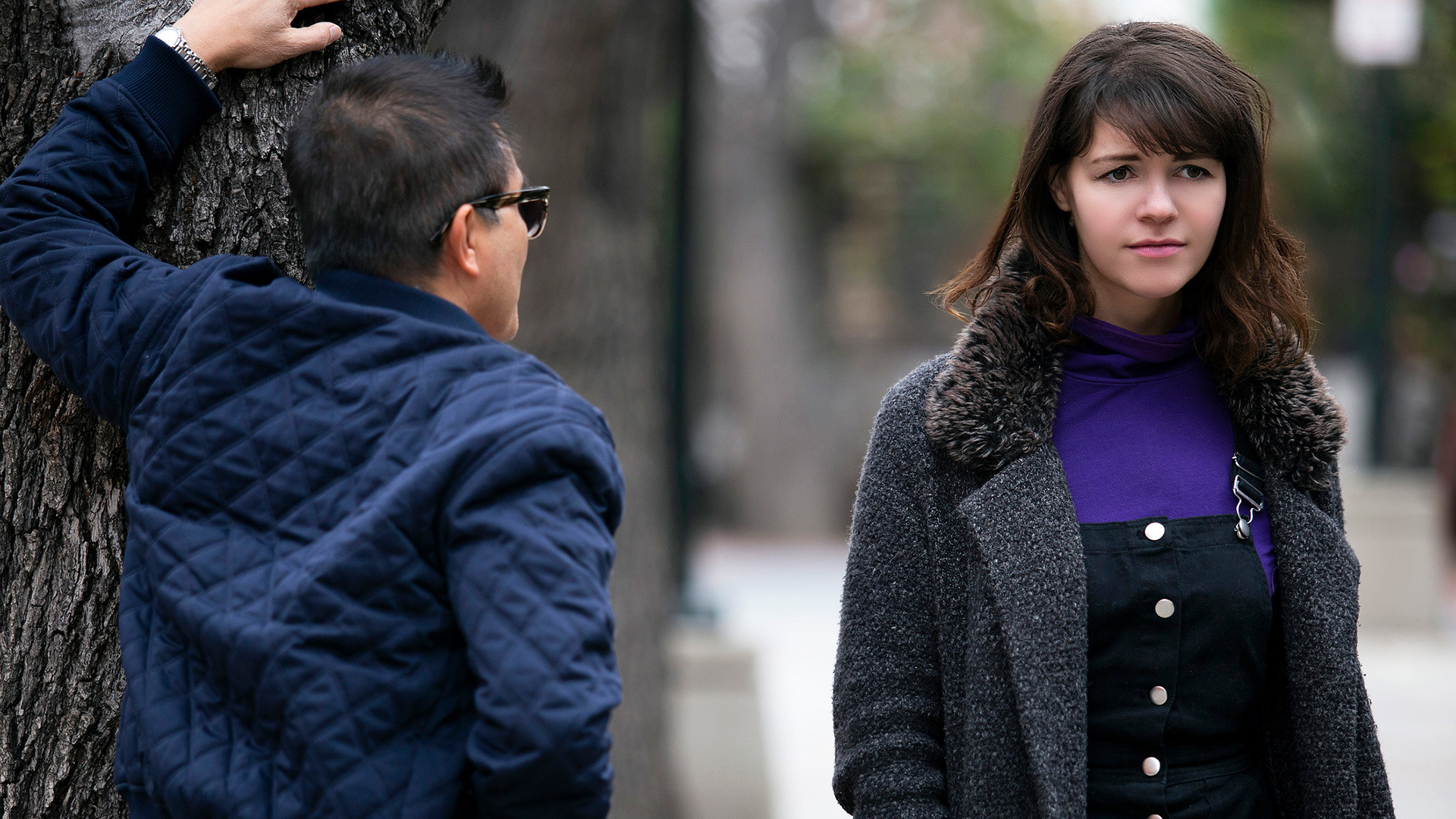 "I don't give a fig, she’s obviously inexperienced and definitely wants it," the most brazen of the men replies, and takes a step in her direction. At that moment comes the sound of an opening door - an elderly woman emerges to take out the rubbish. Alina darts into the building like a bullet.

"I spent almost all day at my friend's. We didn't go to the park to take pictures. We looked out of the window waiting for the men to leave," Alina recalls.

She is 23 now. When she walks down the street in the evening, passing cars sometimes honk at her, but she is used to not paying any attention. She has moved to a better part of town, but she still recalls the incident with a shudder.

"I don't understand why they behaved like this, as if they just wanted to torment me. And I don't know how it would have ended if that granny hadn't opened the entrance door," she says.

Such behavior by men is usually called "catcalling". It includes any harassment in the street, including shouting or wolf-whistling at a woman. In order to support women like Alina, the online campaign #mne nuzhna glasnost (#I need glasnost) has been launched on Russian-language Twitter. Under the relevant tag, girls share their experiences not only of physical harassment or rape, but also of how they have been affected by catcalling.

"I wear ‘blokey’ clothes several sizes too big and a short haircut, trying to look less feminine, but I still fear that a mob of drunken men late at night could realize that I am actually a girl and then I would become a victim," worries social media user @SleepyFilin. 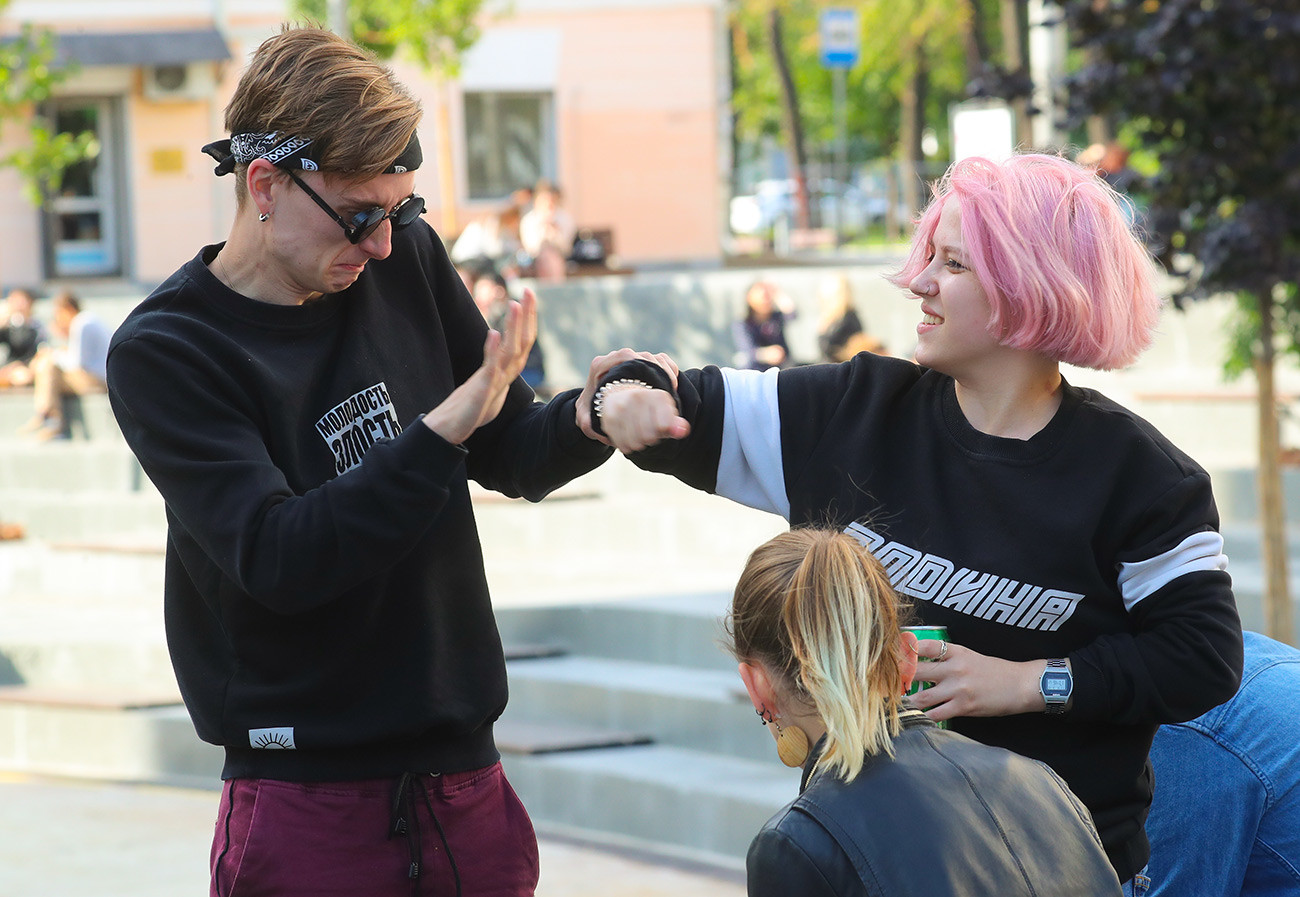 Another user, @splyukrepko, recalls the story of how a stranger tried to embrace her in the Metro. "I tried to put it down to overcrowding in the carriage, but at some point he just started fondling me brazenly. It's extremely disgusting to recall. I'm fed up with feeling like a piece of meat," she said in her microblog.

"Russian men simply don't know what personal space means," believes user @limitsyi. "Russia is the most disgusting country with the most disgusting men who [...] don't know the meaning of the word ‘no’ from a girl. They sneer at rape victims and call them sluts in a self-aggrandising way," she writes, commenting on the results of the campaign.

It is summer. A slender brunette with a red fringe is walking in the park. At this moment, a guy passing on a bicycle slaps her bottom. She is not at a loss and hits him back.

"When I came to my senses, I realized that, with one hand, I was pulling him off the bike by his backpack and, with the other, hitting him in the face. […] He was bewildered and awkwardly tried to break free, but his foot was trapped by his own bicycle. I managed to hit him three or four times. And everyone around us just looked on," the girl says, sharing her memories. She claims she regrets nothing.

It was the above tweet from user @alimaa97850758 that provoked a debate between women and men. While some call her a hero, others wonder why she responded in such a harsh manner.

"He just slapped her bottom and in return ended up being punched in the face. How is that equivalent? [...] Although the guy was wrong, I do hope that one day you'll pay for this," one man said. 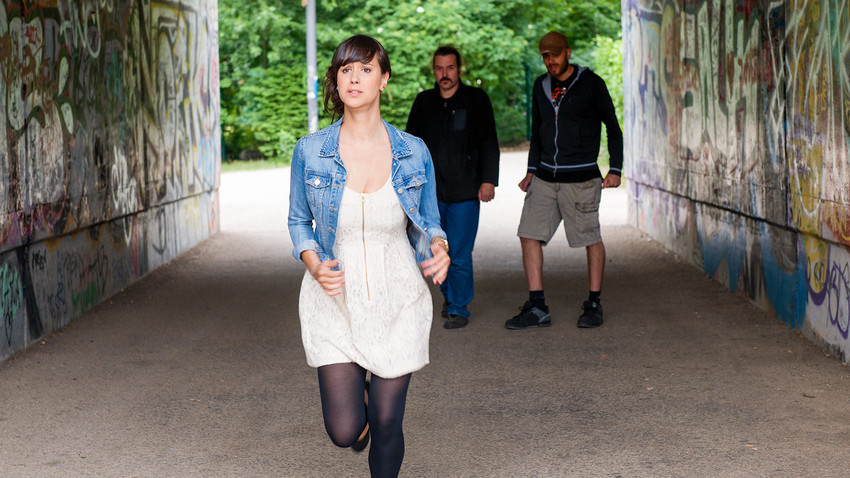 Other men also condemned the campaign. In their opinion, a girl should be responsible for the company she keeps, and ignore "meaningless words and noises".

Kirill, a 36-year-old computer specialist from Moscow, agrees. "Guys at my school and university used to catcall all the time. To be honest, I even admired them, because I was never brave enough to do it myself," he recalls. "Today I wouldn't behave like that, it's horrible. But… catcalling does happen. As long as doesn’t break Russian law, I see nothing wrong with it."

According to Kirill, it is up to the girl to decide how to respond to catcalling. It can't be ruled out, he says, that, if a girl reciprocates the attention seeking, she might end up with "a perfectly satisfactory and interesting relationship".

According to psychologist Sergei Simakov, a man resorts to catcalling when a girl has already become an object of desire for him but he has "no time" to attract her using other methods. In such a case he can automatically use this manner of communicating with her.

Catcalling as such is a form of violence, since a man invades a woman's personal space without permission, believes Simakov. However, in Russia there is no law criminalizing harassment - only rape is punishable. At the same time, the experience of catcalling from men can ruin a woman's attitude to other men.

"Some girls are not very sociable. They can be shy. And harassment of this kind can forever put them off having relations with men. Specialists describe such a situation as the emergence of a ‘sore point’ or ‘point of least resistance’," explains Simakov.

According to Tatiana Dmitriyeva, a representative of the feminist community, she encounters catcalls at least once a week, from harassment in the street to cars honking at her. Her advice to women is to ignore catcalls or behave politely in order not to provoke aggressive behavior. 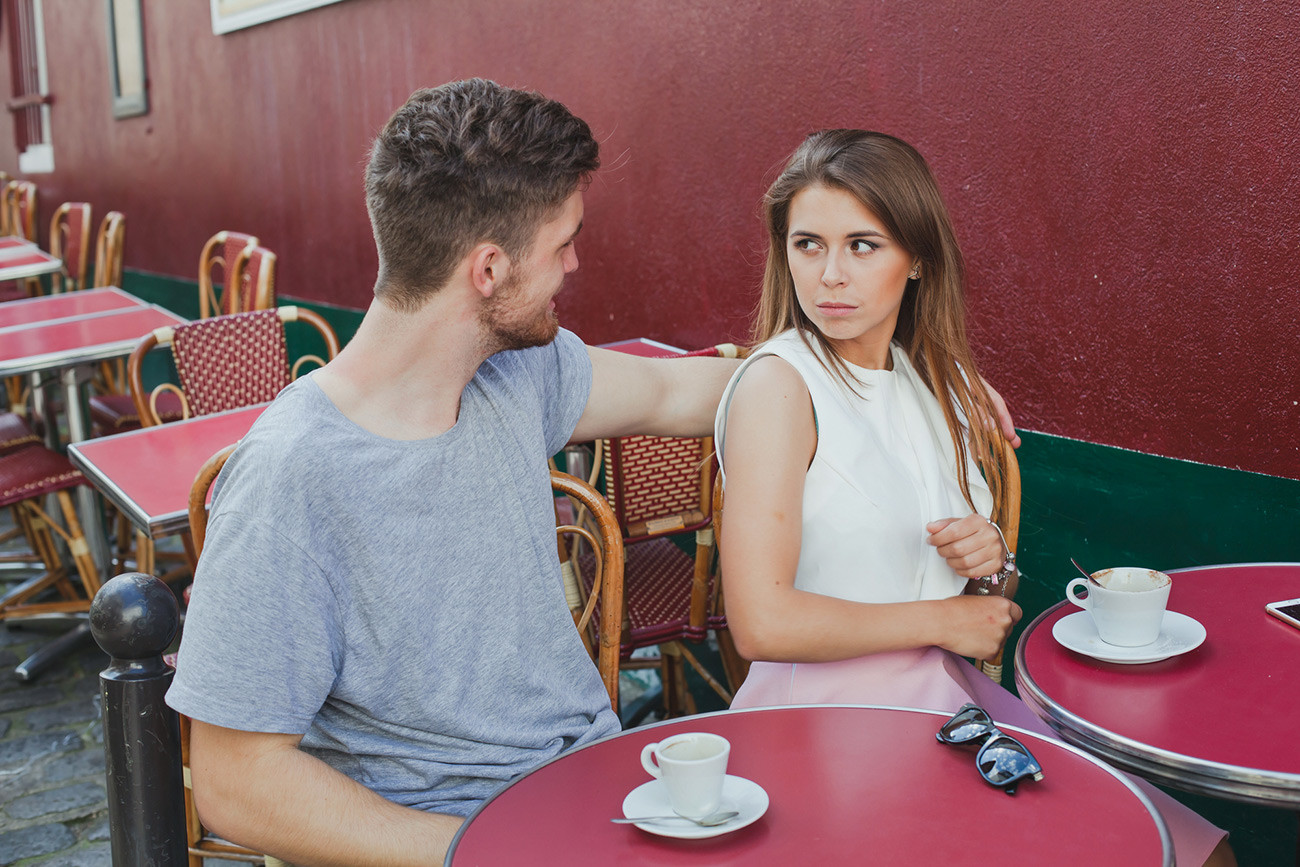 However, in her view, catcalling is not a form of violence, but only its prerequisite. "Catcalling is always a manifestation of a lack of respect, and an absence of respect is what all violence begins with," says Dmitriyeva.

One can encounter catcalling not just in Russia - a similar problem exists in France and Italy, believes Dmitriyeva. But Russia, in general, is among the countries where women are treated without respect.

"True, in this sense, Russia is not the most advanced country. Is it a serious problem for us? Yes, it is. But does Russia have more serious problems than catcalling? Yes, it does," concludes Dmitriyeva.