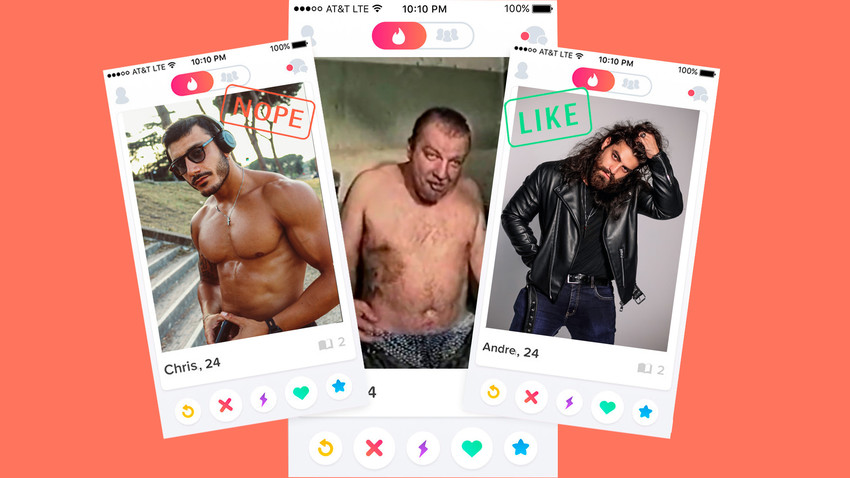 Apparently, Tinder ladies love trolling gents who do not fit their high standards. But in Russia, this has been taken to a whole new level: a group of women are posting screenshots of handsome foreign Tinder dates online and asking: Why do Russian men suck so badly in comparison!?

Women posted screenshots of their Tinder feed while visiting Denmark, Israel, the U.S., and the Netherlands. The longer the women surfed the dating app, the more they were disappointed with what they are being ‘offered’ by the same app back in Russia.

Estonian men on Tinder didn’t disappoint the Russia women either.

The Israelis nailed it, too.

And then the ladies showed their frustration with what Tinder in Russia has to offer.

But the Russian men showed they have a chin and took the blow with dignity. They transformed the “Have you seen European Tinder?” joke into “Have you seen Tinder in Russia?”

These are not real accounts but a compilation of odd and sometimes outright repulsive photos borrowed from the internet.

Kuban is a region historically populated by Cossacks. A typically lavish mustache is their distinctive feature... and predictably Twitter users exploited it for laughs.

In Buryatia, a Republic in southeast Russia, native people have predominantly Asian features. Twitter users fantasized about how Tinder in Buryatia might look like by compiling photos of famous Asian-looking people.

Everyone who watched Netflix’s Chernobyl will recognize these folks. But we guess stumbling upon Tinder accounts featuring these photos would be hilarious!