8 bizarre things you will definitely see on Russian Tinder 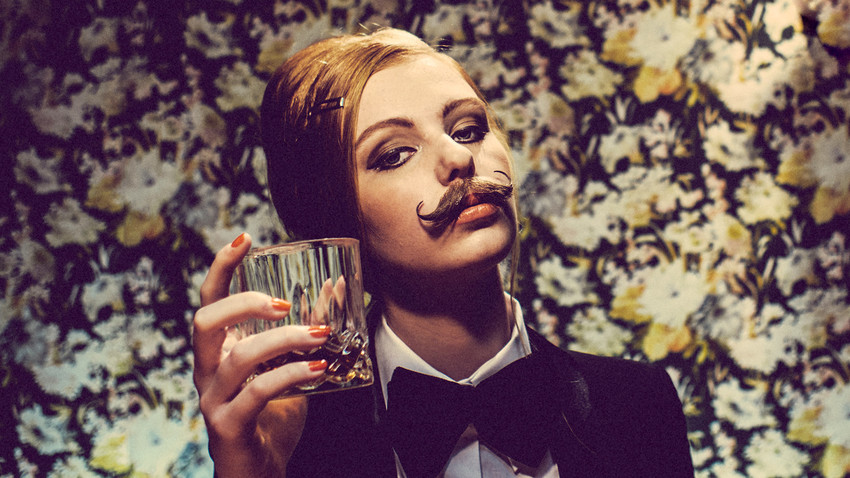 Getty Images
To many Russians, Tinder is not just a hookup platform, but the spot to show off everything great and good about your life. The results can be seriously odd: Whether it’s kitties, catwalk shoots, or conservatism, these are the things that can surprise foreign fling-seekers in the country.

It’s no secret that Russian women love flowers – the country even has a national holiday based around bestowing women with elegant bouquets. It even seems that many female Tinder frequenters believe this passion for floral extravagance enhances their chances of scoring a partner on the app, with a great amount of profiles containing at least one bright bouquet.

“The message is, ‘I’m as feminine as can possibly be,’” says Anna, a 19-year-old Tinder user from Moscow. “It’s a cliché, and at this point, many girls just post enormous bouquets in their biographies, even without anyone in the picture. It’s so strange to me.”

If you’ve seen Russian women on holiday, you’ll know that selfie culture is big for them. Tinder profiles are therefore not for amateurs here – we’re talking professional studio shoots, designer dresses, expensive hairdos, and of course, flowers. The works.

For Nastya, 23, from Krasnoyarsk, it’s all about honesty: “If I go on a date with a guy, realistically, that’s how I’m going to look. Maybe the photo shoot enhances it a little, but it’s no harm to look my best - it gets me more swipes after all, which is the aim of the game.”

In the West, much debate has been had over whether Tinder is truly a pickup app. While the recent World Cup brought similar discussions to the fore in Russia, a few swipes will make it abundantly clear that the hooking-up element is not treated the same here.

“Practically every girl’s profile says, ‘I don’t drink, smoke, or go to clubs,’ says Ben, a 26-year-old Englishman in Moscow. “I have absolutely no idea why.”

Perhaps Evgeniya, 28, from Moscow take on Tinder puritanism can help Ben out: “I’m looking for a husband, (it even says so on my Tinder profile). It’s better to be straightforward; I’m not interested in wasting anyone’s time. And if I don’t drink or smoke, I’ll seem more like ‘wife material’ to some.” Honesty is key.

“If a girl’s bio line isn’t empty, often she’ll just have a sentence or two about she’s shy and awkward and won’t write to you,” says Ben. “It doesn’t send too many good signals to me, but on the plus side, it means they’re usually more up for meeting in person.

What’s the male equivalent of flowers on Tinder? Money, it seems! At least, according to Alice, a 24-year-old from Ireland:

“Everywhere you look on Russian Tinder, there are guys showing off their fat stacks. Absolute wads of it, scattered across beds and obshaga (student dorm) rugs. Presumably they’re just showing off their ‘wealth’ – you’re fooling no one, pal.”

After proving they can provide for a woman with their piles of dosh, it seems the men of Russian Tinder then take to showing off their tender sides with photos of them snuggling their feline friends.

Angelina, 22, from St. Petersburg, is not impressed: “Let’s be honest, the main criteria for a right swipe is your looks. A cat is not going to make you any more or less attractive, but it might make you look desperate.” Brutal.

Much like with the money, the men of Russian Tinder love parading their wealth with their freshest new Lada. According to Angelina, it also adds a daredevil element to the look:

“A Russian Tinder profile wouldn’t be complete without a photo of you leaning on your mid-range sports car, rocking a leather jacket and shades. It’s every girl’s dream – not!”

Generally speaking, Russian guys take a much more direct approach to dating than their Western counterparts. This means always writing first, suggesting the date ideas, and then paying for them – habits that took Jessica, a 32-year-old from the U.S., by surprise:

“If a Russian guy writes to you after matching on Tinder (often he won’t) he will usually ask you on a date within five minutes. I have a mixed attitude to this: Yes, being direct is good, but at the same time, I like to chat for a while first to get to know the guy. I’ve been on too many awkward blind dates to say ‘yes’ to a date within five minutes of Tinder back-and-forth.”