How Stalin created Soviet cinema based on the Hollywood model 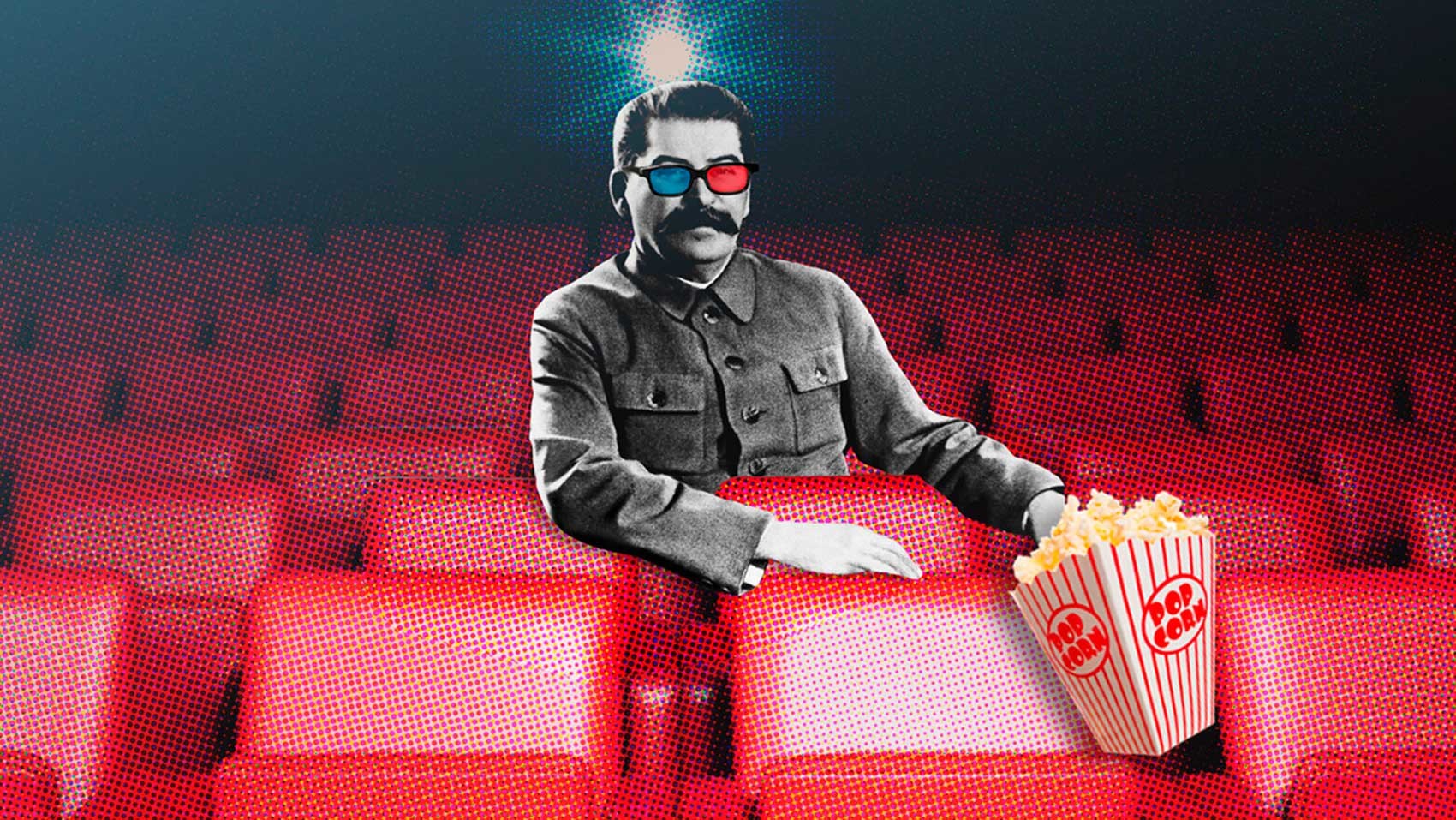 Getty Images
He was one of the first to understand the power of cinema as a propaganda tool. But movies were also a form of soft power – a way to establish trade with the U.S.

It was Lenin who first identified cinema as the most important of the arts, yet in practice the Soviet movie industry was launched by his successor, Joseph Stalin. Uncle Joe simply adored cinema, and often invited the party elite to private screenings. He wanted Soviet cinema to keep pace with the development of Soviet industry as a whole.

“Stalin assumed the role of super-producer,” writes Solomon Volkov in his book Modern Moscow, published by Elena Shubina publications, AST. The dictator himself appointed and dismissed cinematic bosses, personally overseeing the creation of “important” films, reading scripts, and watching all pictures. What’s more, the world’s first film school was set up in the USSR! 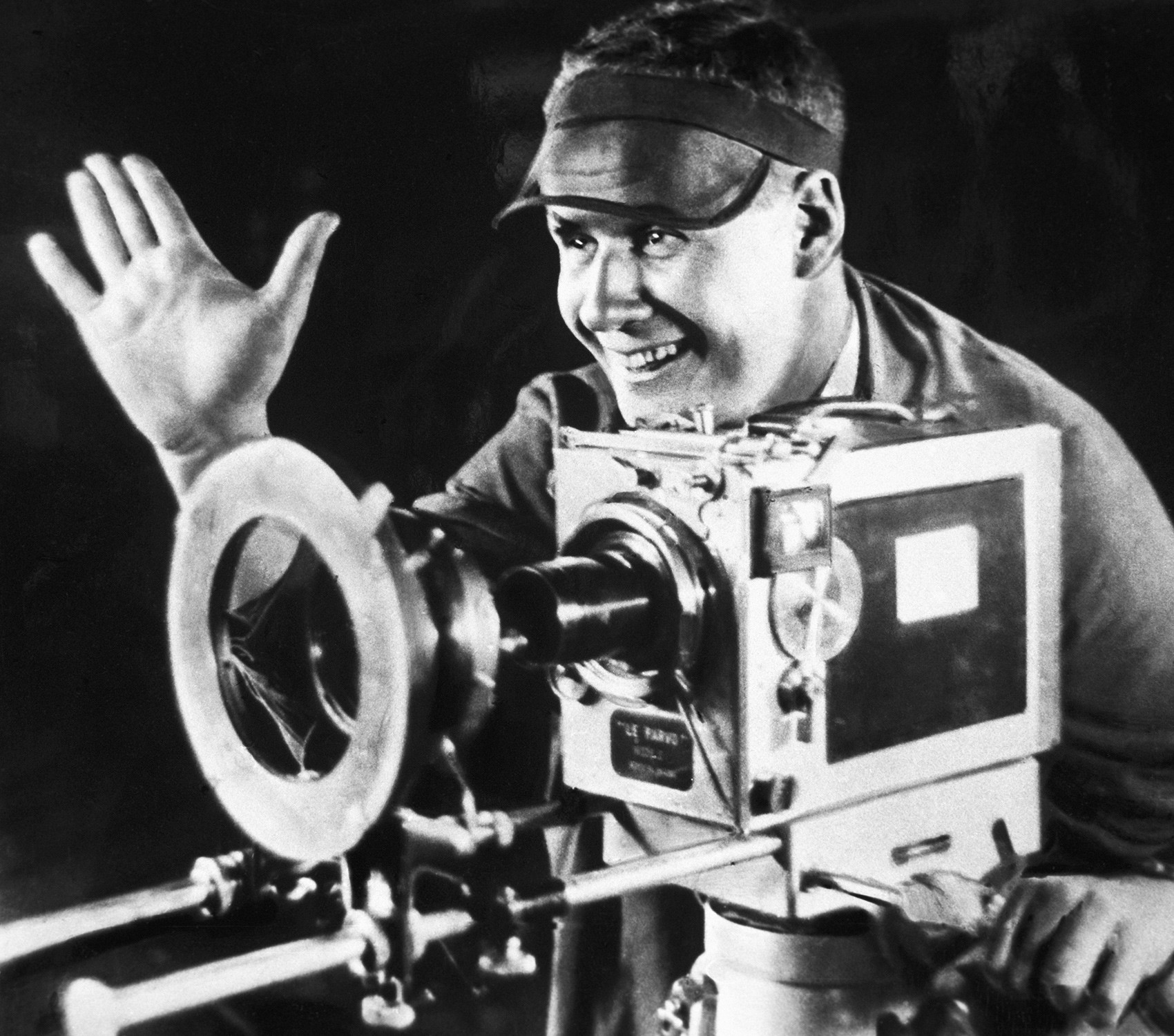 Stalin had high hopes for director Sergei Eisenstein, one of the main instructors at the film school. Following the release of Battleship Potemkin in 1925, he was at peak fame. In his own words, “the next morning I woke up famous.”

A key task was to produce sound films. If movies could talk, it would give the film industry even greater power. Eisenstein set about doing just that, and Stalin even sent him to study sound film-making in America together with his crew, including cameraman Eduard Tisse and screenwriter/assistant director Grigory Alexandrov.

The directors managed to conclude a contract with Paramount on condition that they provide a script, which, if good enough, would be made into a movie. However, none of the scripts offered seemed commercially viable to the Americans. 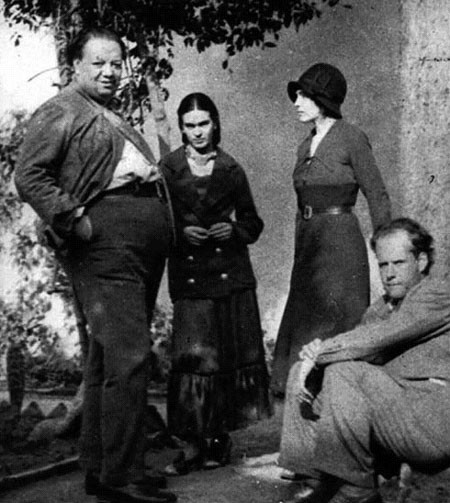 Eisenstein’s pride was hurt. Having resolved not to leave America without making a movie, he contacted Mexican communist artist Diego Rivera. Together, they came up with a large-scale picture about the Mexican revolution. 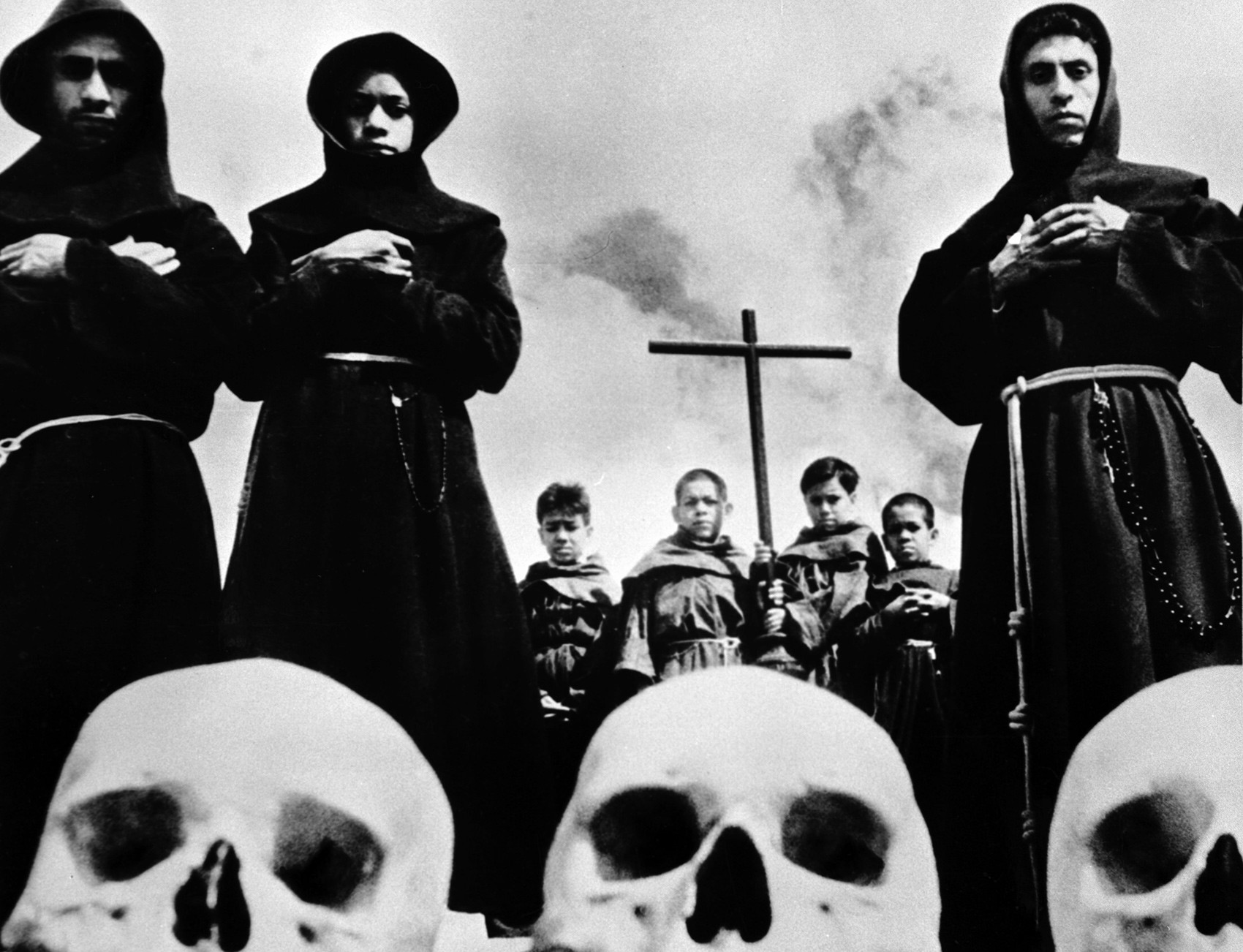 But work on the film was delayed, and, as Volkov writes, alarm signals started coming from Moscow: the suspicious Stalin had evidently decided that Eisenstein did not plan to return, and the loss of such a famous director had to be prevented.

In the end, the team was forced to return, and Eisenstein promptly fell out of favor. What’s more, his complex personality became a bugbear to Boris Shumyatsky, Stalin’s party comrade, who was put in charge of the Soviet film industry.

On top of that, Stalin wanted directors to start making comedy films, with music and songs praising the life of the Soviet people and the achievements of the first five-year plan, a drive toward rapid industrialization that was the dictator’s brainchild and personal pride. Eisenstein was not the man for such eulogistic projects.

So Shumyatsky decided to replace the haughty genius with the latter’s assistant, Grigory Alexandrov, who had long been in the shadows. 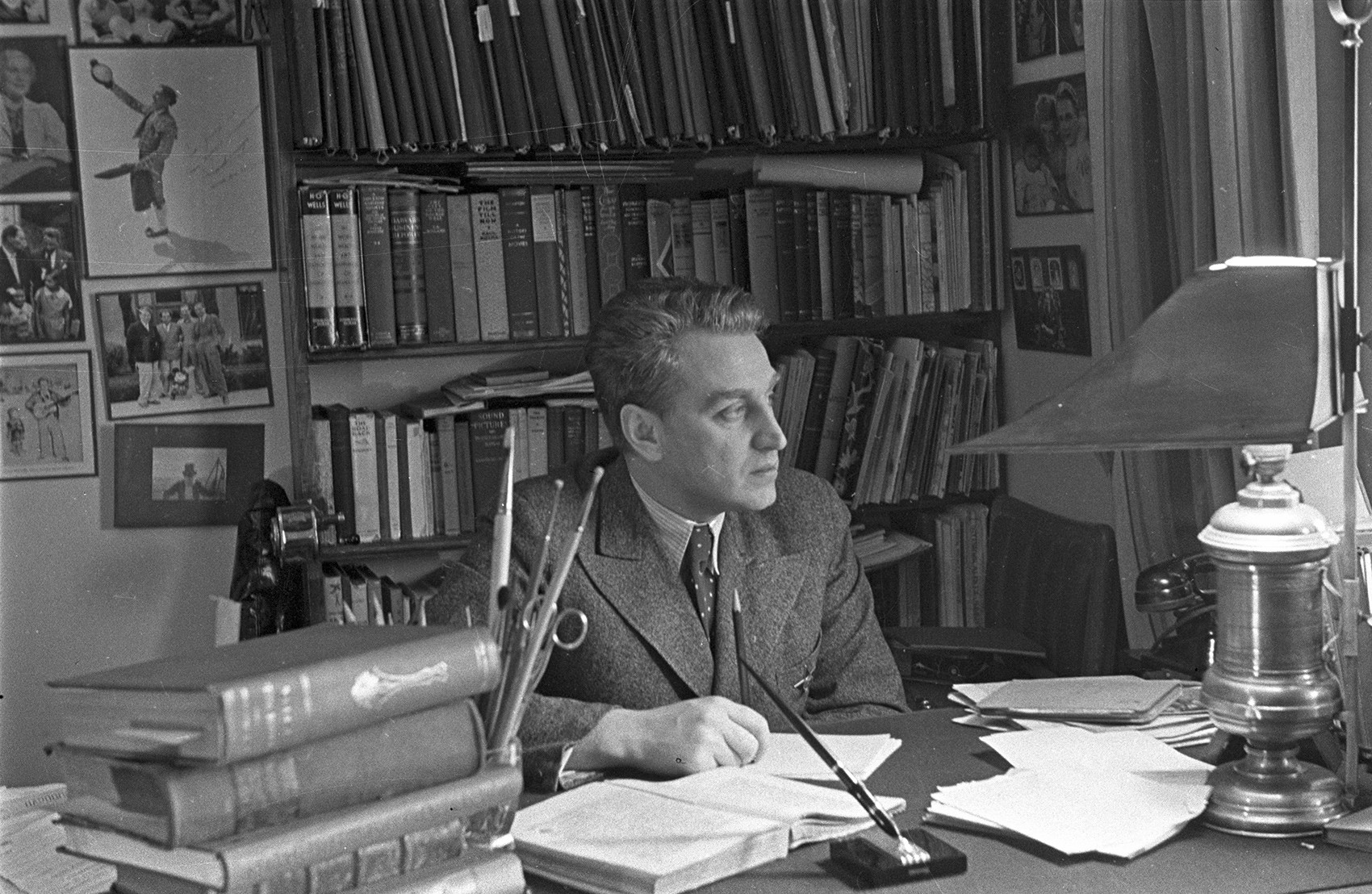 According to Alexandrov’s memoirs, a personal meeting was arranged between him and Stalin, at which the Soviet leader stated that the people love lively, cheerful art, but film directors were not willing to explore such genres. “Unfortunately, for some reason, our art is embarrassed to be happy and funny. It lags behind life. This is no good,” Stalin said.

“The notorious Stalinist slogan ‘Life has become better, life has become more joyous!’ had not yet been voiced by the dictator, but he was already preparing for it,” writes Volkov. 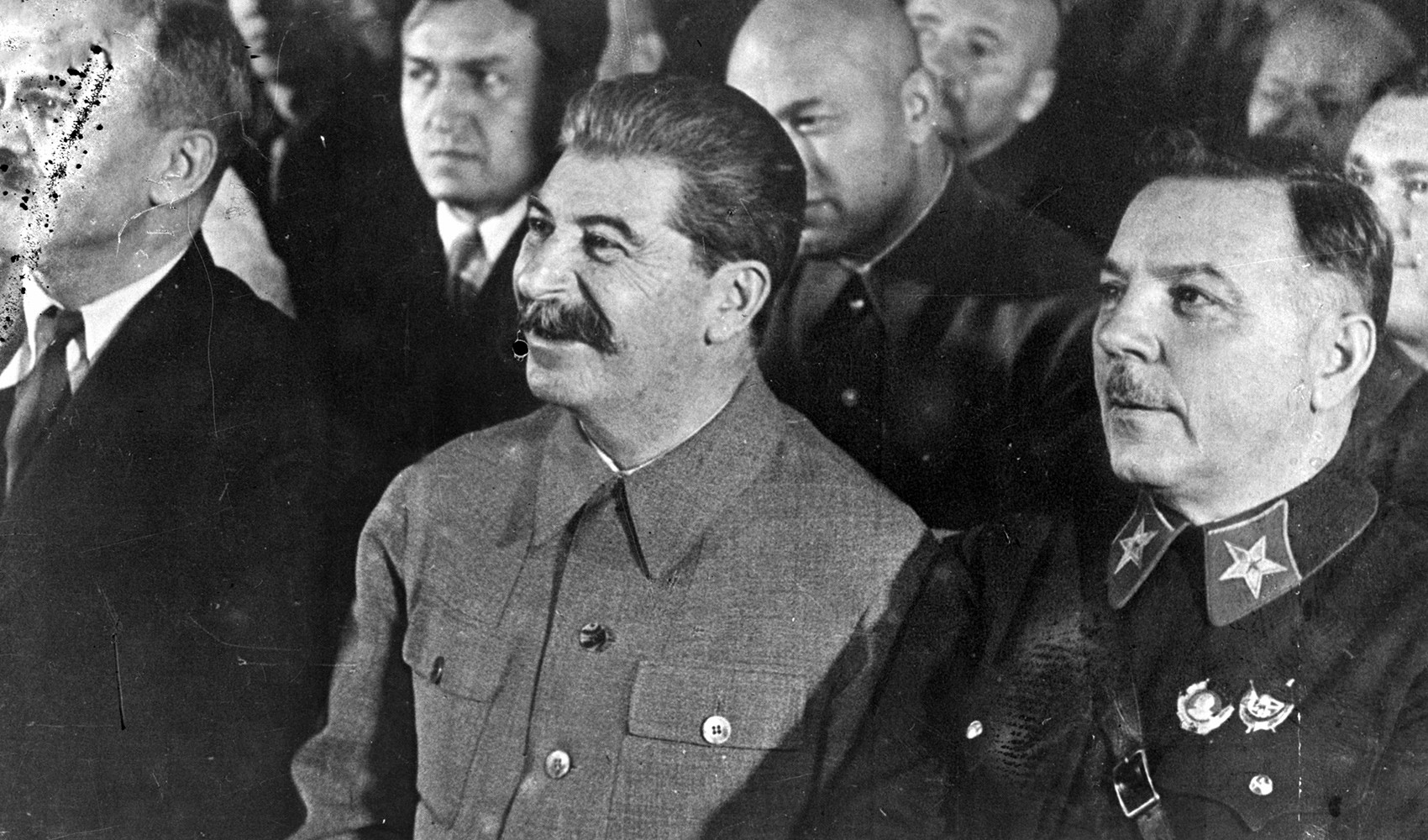 During his stay in Hollywood, Alexandrov had seen plenty of musicals and comedies, and had come away with a large bag of techniques and tricks which he subsequently put to use throughout his career.

In Volkov’s view, the instruction to create feel-good comedies was linked to Franklin D. Roosevelt's presidential candidacy in 1932. Roosevelt's entourage contained people who considered it useful to establish diplomatic ties with the Bolsheviks. Stalin knew this from his spies, and hoped very much to benefit from future trade relations to promote Soviet industrial growth.

“And what better way to generate sympathy and understanding in the United States than with a Soviet ‘jazz comedy’ along Hollywood lines?” writes Volkov.

And so it was that in 1934 Moscow Laughs (aka Jolly Fellows) hit Soviet movie screens, telling about how well the working class lived in the USSR. For many years after, the songs it spawned were adored nationwide. One of them, “Song Helps Us To Build and To Live” performed by Leonid Utesov, was a hit for the next 50 years. 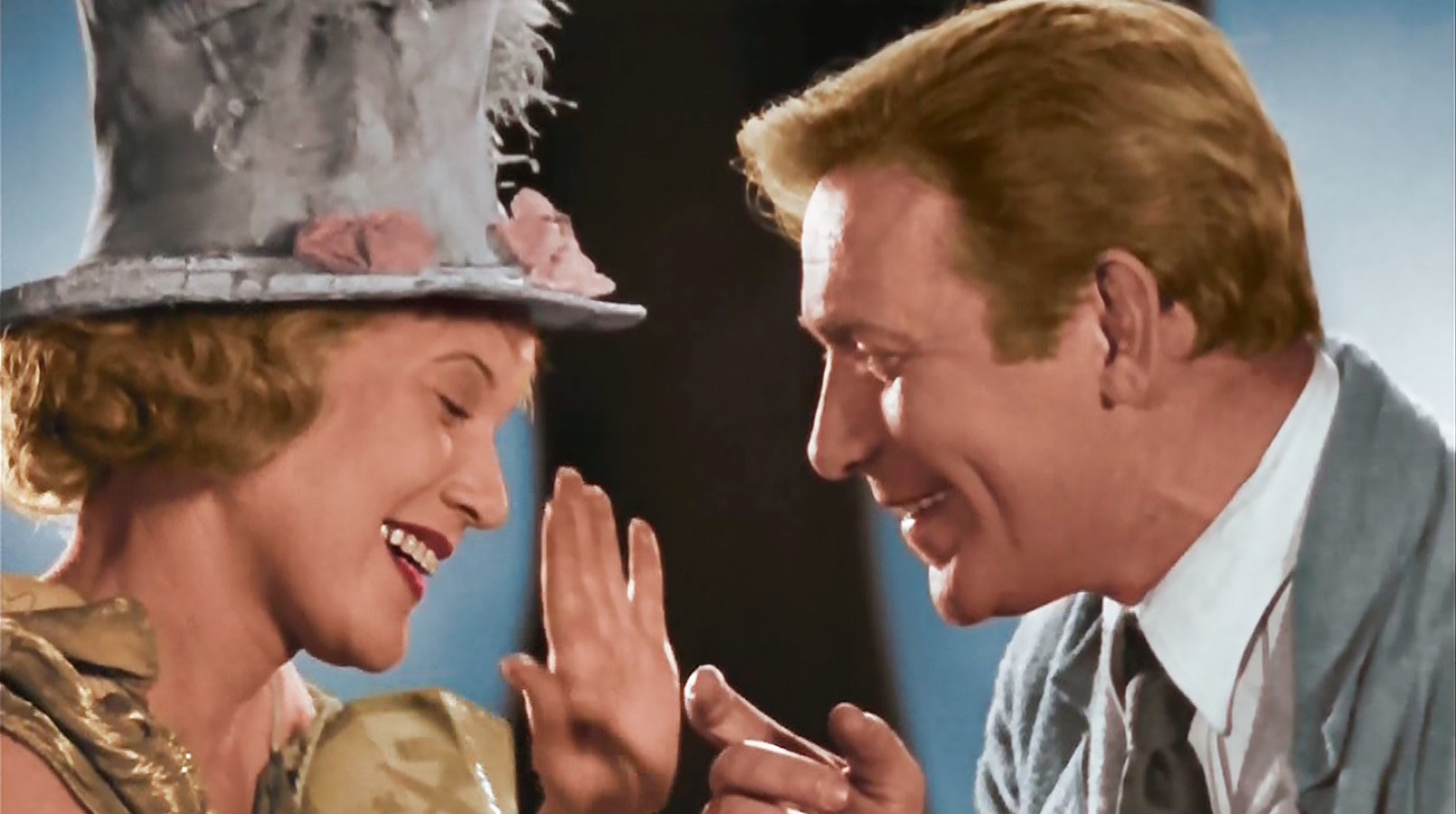 The film also had clout in the U.S., where it was warmly received by Charlie Chaplin, who met with the director in the U.S.: “Alexandrov has introduced America to a new Russia. Before this film, Americans knew Dostoevsky’s Russia, now they have seen a big shift in the public psychology. People there are laughing loudly and cheerfully. This is a great victory. It is more persuasive than bullets and speeches.”

Incidentally, diplomatic relations between the U.S. and the USSR already had been established, in 1933, immediately after Roosevelt became president.