The only U.S. soldier to have fought for the Soviets in WWII 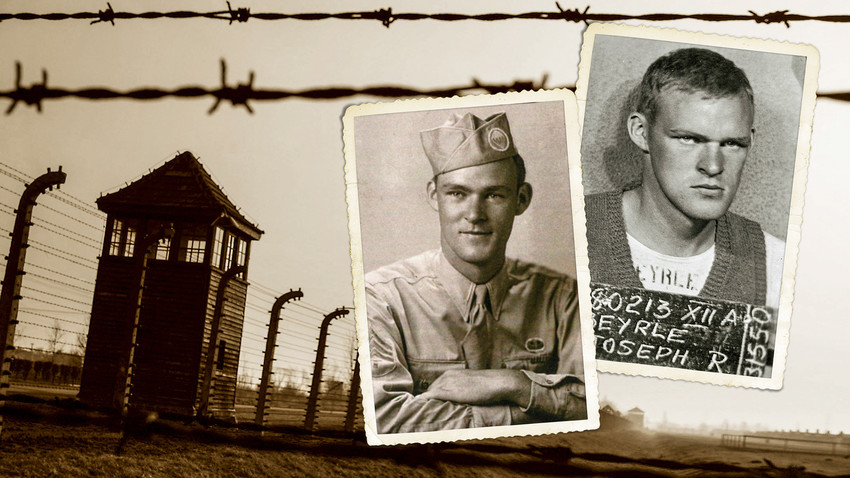 Joe Beyrle fought Nazis in the ranks of both the American and the Soviet army during WWII.

“This whole story reads like a World War II fiction, that’s way too much”, says the host on YouTube’s Potential History of fate that befell Joseph Beyrle - an American paratrooper who’d ended up with the Red Army in 1945. And he’s right. You couldn’t make this stuff up!

Not that this bothered the only American to ever have fought the Nazis on both the Eastern and Western fronts. Beyrle is remembered by his kids today for his belief that true heroes are those who don’t come back alive. 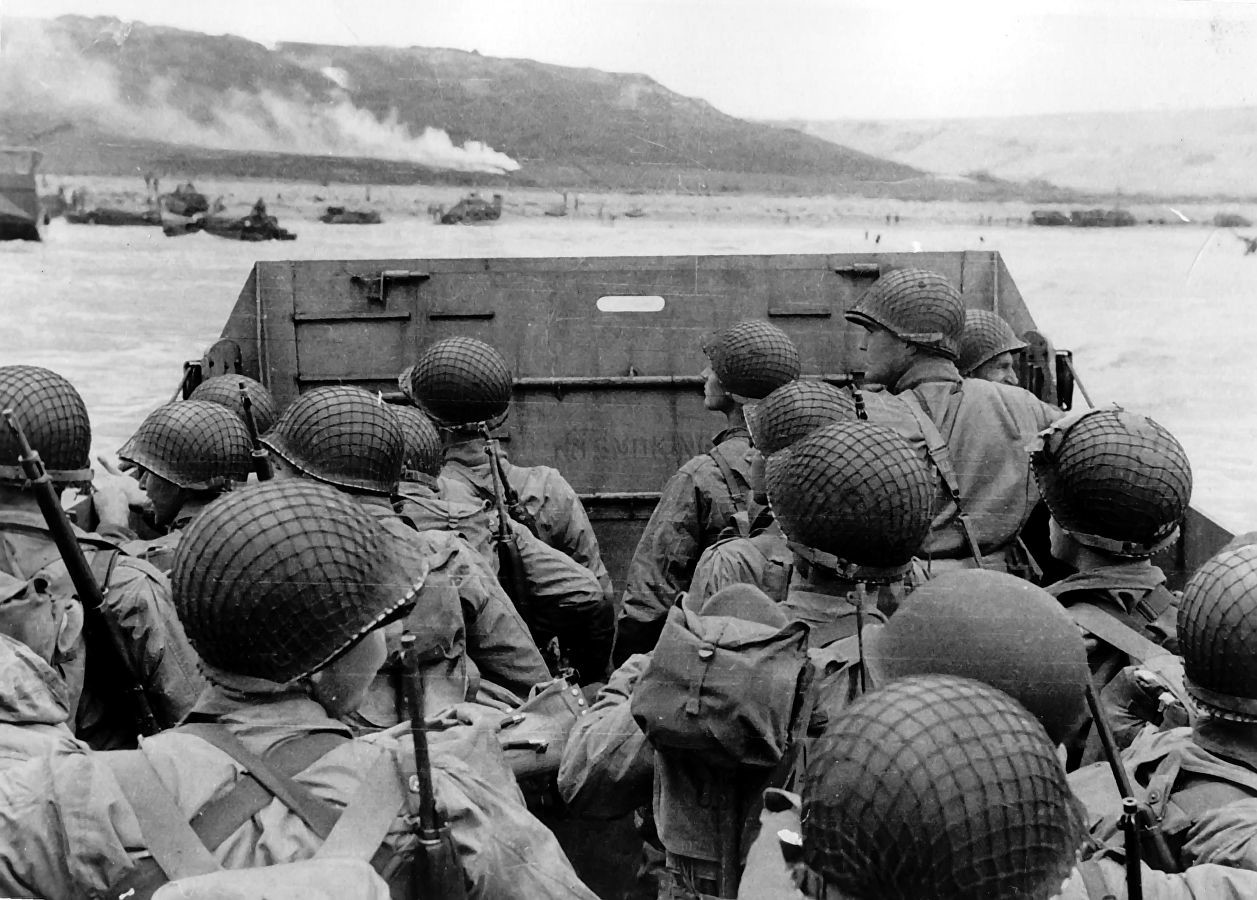 On July 6, 1944, the American-British coalition landed in Normandy, France.

Jumpin’ Joe - given the nickname for his impeccable jumps - treated his heroism with a remote coolness, despite all that had happened to him. On June 6, 1944, with the opening of the second front in Normandy, Beyrle, 20 at the time, together with 24 thousand other troopers, was deployed over the French coastline. As ‘luck’ would have it, the enemy’s anti-aircraft artillery made him steer away and land right on the roof of a church in a German-held village.

The poor guy had to go alone, far behind enemy lines. Jumpin’ Joe had had to fight behind enemy lines before, a few months prior to Normandy he was on assignment to deliver gold to the French resistance. But the Germans were having none of that this time.

RIA Novosti spoke to his son, John Beyrle (the Ambassador to Russia from 2008 to 2012), who recalls how his father tried to reconnect with other American divisions, but was unlucky, as, on the third day, while crawling through thick bushes, he’d managed to come face to face with a group of Germans, who took him prisoner. 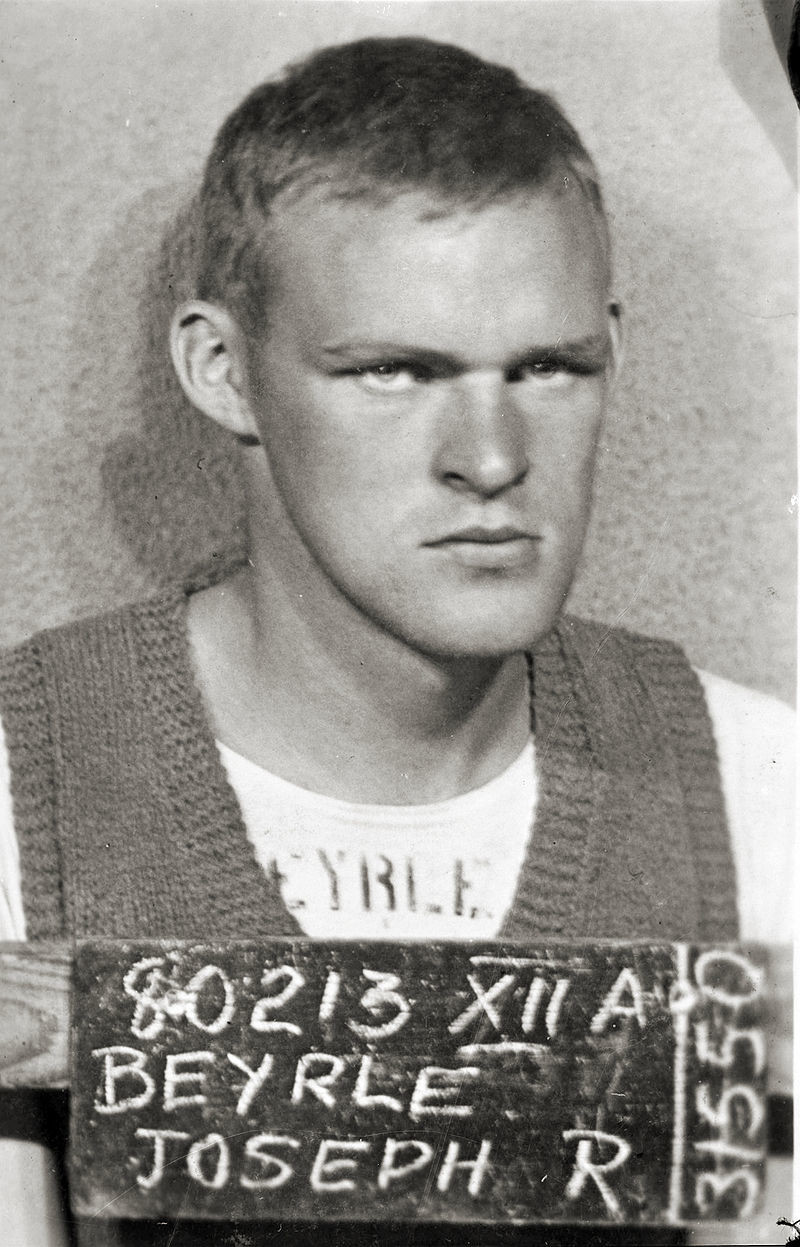 Beyrle as a POW, fall 1944. This steely-eyed look prooves the man was never broken.

As with other prisoners, Joe Beyrle had gradually been transported eastwards as the Allies got back and more French territory from the Germans. Amazingly, he’d managed to escape captivity three times. First, back in Normandy, when the convoy was hit by American fire and he managed to escape in the chaos. Alas, he was recaptured the following day.

Not soon after, in the fall of 1944, he’d managed to escape again, this time from a camp in Poland. “Dad was really good at playing dice and wasn’t a smoker,” John says. “And while playing at the camp, he’d play for cigarettes - there was no money. He ended up winning 40 packs, making him a ‘cigarette millionaire’. 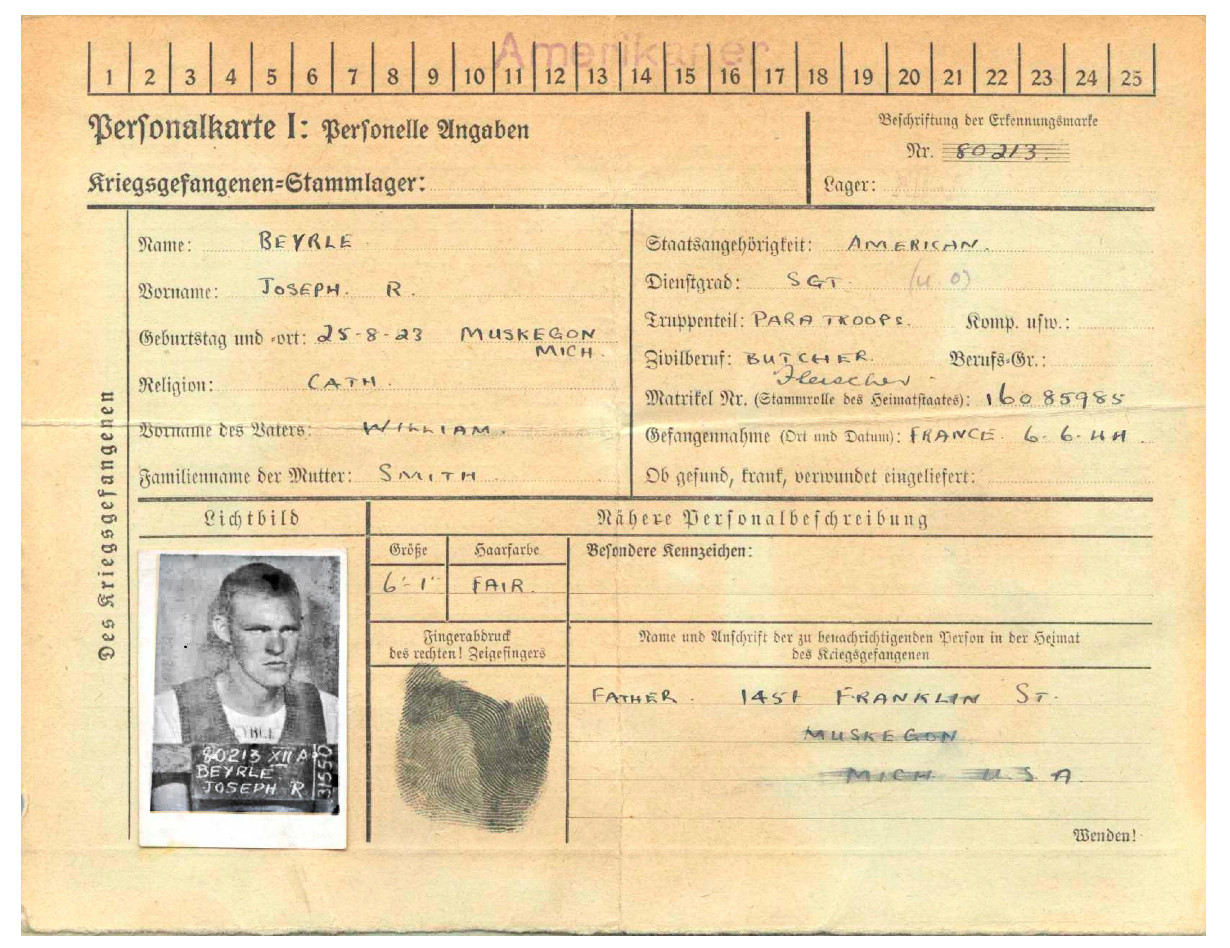 The German record with Beyrle's details as a prisoner of war.

He used this to his advantage, and succeeded in bribing a German guard.” The guard turned his back while Beyrle and his friends scaled the barbed wire fence. But amid the chaos of escape, the group had taken the wrong train: instead of heading to Warsaw, where they were to connect with resistance fighters, they’d ended up in Berlin, right in the hands of the Gestapo!

Beyrle nearly died from torture. His treatment was especially severe: his predecessors had emigrated to the United States from Bavaria, making him a de-facto traitor to the Germans. But the interrogators failed to break him. Beyrle recalled later how, one time, he woke up to find men in white robes standing over him. His first reaction was that he must have died and gone to heaven, according to his biographer, Thomas Taylor. But of course, as Beyrle himself recalled: “Seems like I’m not in paradise yet, cause angels don’t speak German”. 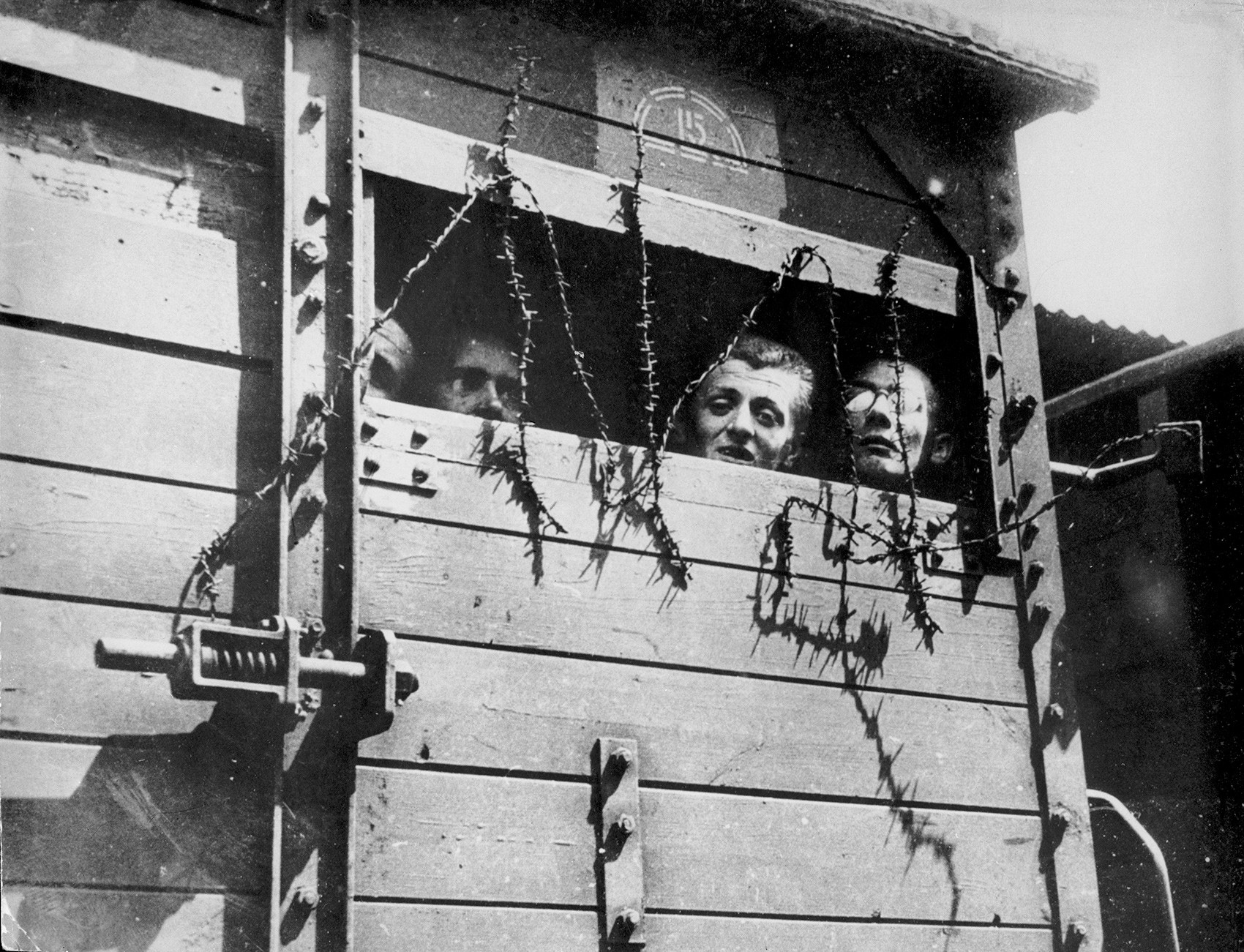 Transport to a concentration camp in Poland. Unlike the 'passengers' of those wagons, Beyrle managed to survive and fight.

This time, his escape was the result of in-fighting amongst German ranks: the Wehrmacht demanded that the Gestapo turn him over, in which case he’d end up back at the Polish camp. According to Taylor, they understood that the war was almost over, and they’d have to answer for the prisoners.

In January 1945, Beyrle escaped yet again - this time using a garbage disposal crate. He managed to evade pursuit using a compass and making his way toward the sound of Soviet artillery. His hands held up, he walked toward the Russians, repeating the only phrase he apparently knew: “ Ya Amerikanskiy tovarisch!” (“I am an American comrade”), hoping to God he would not be shot on the spot. 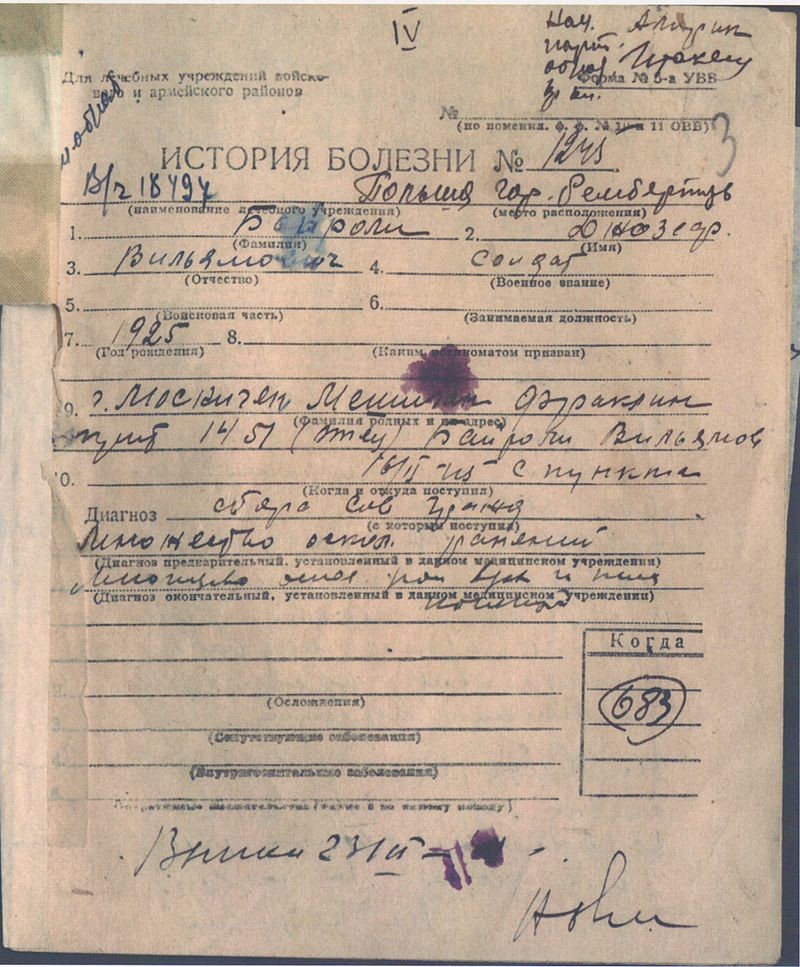 The Red soldiers, according to Beyrle, were incredibly surprised, but good sense prevailed, and a translator was quickly fetched. The surprise only grew from there, when the Soviets found out that their newfound tovarisch didn’t seek transportation back home, but stubbornly wanted to join their ranks and go fight the Germans in Berlin!

“They gave Dad a rifle - the famous PPSH-41, which, as he used to say, was much better than the American ‘Thompson.’,” his son remembers. Apparently, the Tommy was often prone to jamming, while the PPSH functioned without a hitch. “Dad was attached to an infantry group,” which guarded a tank. The tank in question, by the way, was the American-made Sherman, which the Soviets got thanks to the ‘lend-lease’ agreement with the Americans. 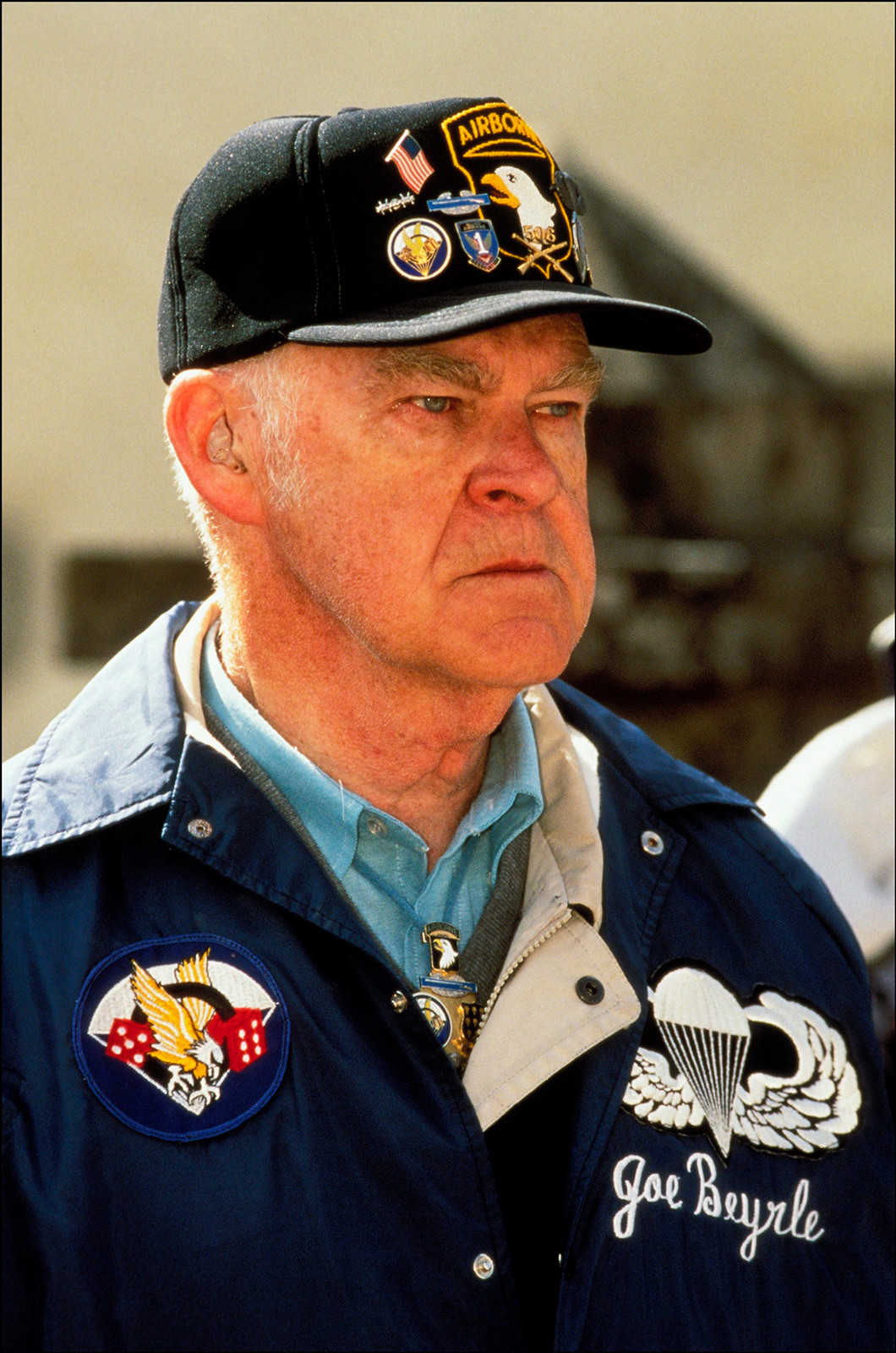 It appears that Beyrle’s memories of his time with the Soviets are for the most part very positive ones: his children remembered how found Joe was of buckwheat (Russians love the porridge), or how he toasted to the health of Stalin and Roosevelt with his Russian friends over vodka. Sadly, he hadn’t fought long, only about a month. In this short time, his battalion had managed to free a prison camp - the one where Beyrle was imprisoned at. Soon after that, Joe was wounded in an air raid. His comrades marched further on to Berlin, while the American had to stay behind in a hospital.

Whilst hospitalized, he was visited by none other than Marshal Georgy Zhukov (whose statue you can see at the entrance to Red Square in Moscow). Zhukov helped Beyrle wit his papers, ensuring that he reached Moscow and the American embassy there. When in the capital, Beyrle, to his surprise, found out he’d been deemed killed in action in the U.S. This led to him being held arrested in the American embassy for a couple of days, while they were figuring out if he was a German spy! 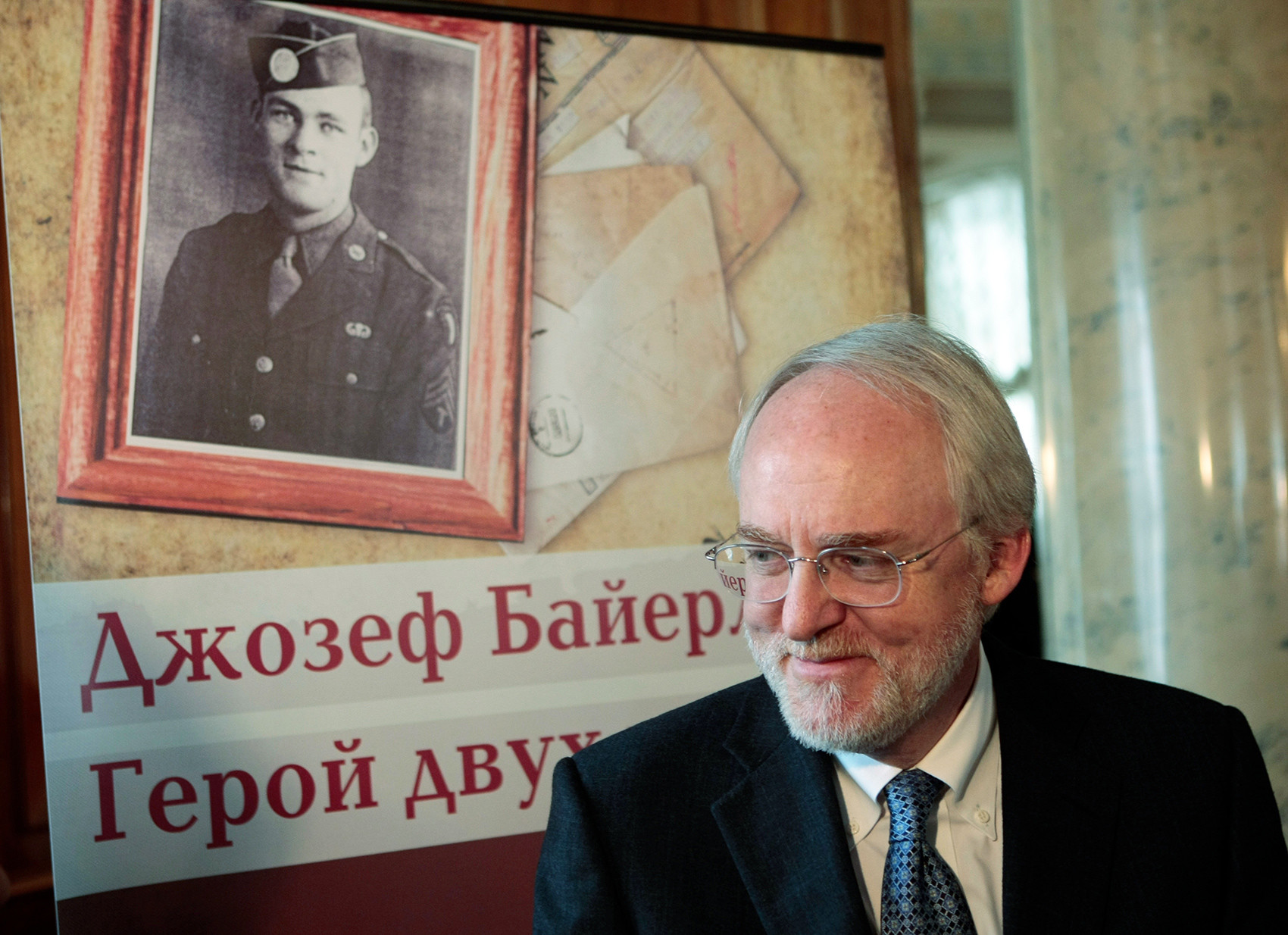 When home, the veteran of two armies led an ordinary life: worked at a company, got married (at the same church where they’d previously held his wake), started a family and told his children war stories. He would visit Moscow five more times. He was left with only the fondest memories of the country and its people.

NOTE: In the first version of the text, we mistakenly wrote that Joseph Beyrle was imprisoned in America, while in fact he was only arrested for several days in the U.S. embassy in Moscow. We apologize for this mistake.