These GIANT UGLY vehicles were Soviet-made TERACRUZERS designed to beat the U.S. 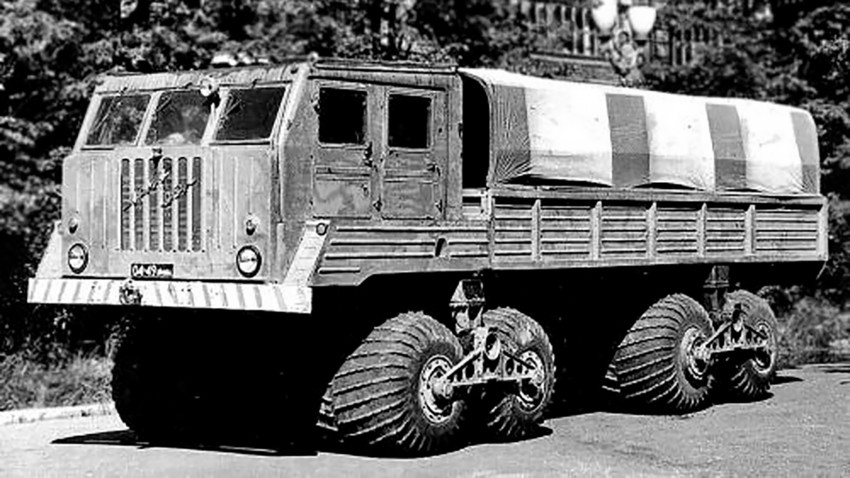 1963/Archive
These off-road vehicles were equipped with rolligons, low-pressure tires designed to traverse soft ground. Mirroring the American design of the MM1 teracruzer, the Soviets released and tested a number of its own models. 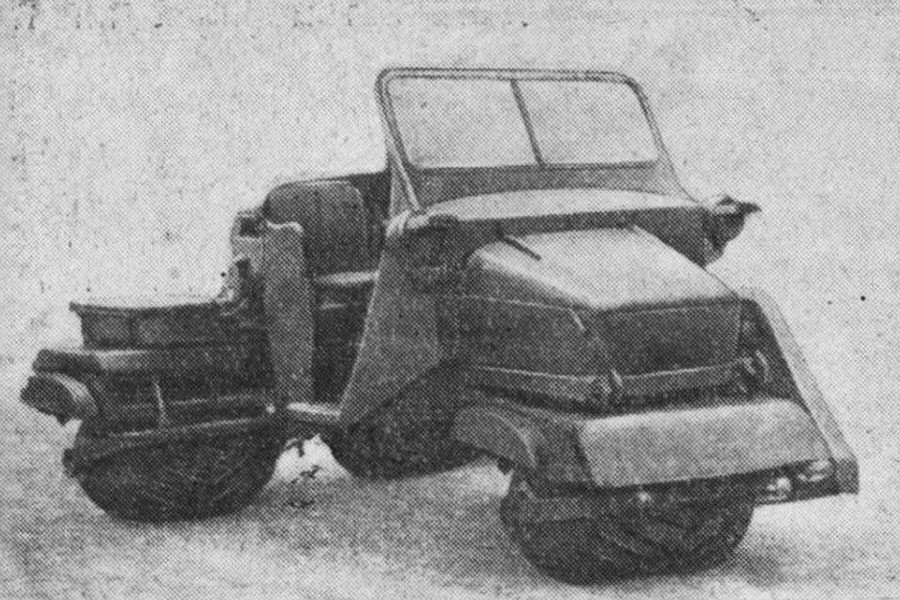 The concept of peculiar off-road vehicles which used the technology of soft, low-pressure tires to cruise over soft and muddy ground appeared in the U.S. in the 1950s. Amidst the growing tensions between the two Cold War superpowers, the Soviet Union couldn’t allow the U.S. to be the sole developer of the potentially mighty equipment with a prospective military application.

So, by the end of 1958, Soviet engineers built a tricycle-like Soviet all-terrain vehicle (ATV). It was largely based on the GAZ-69, a four-wheel-drive light truck produced in the USSR since 1953. 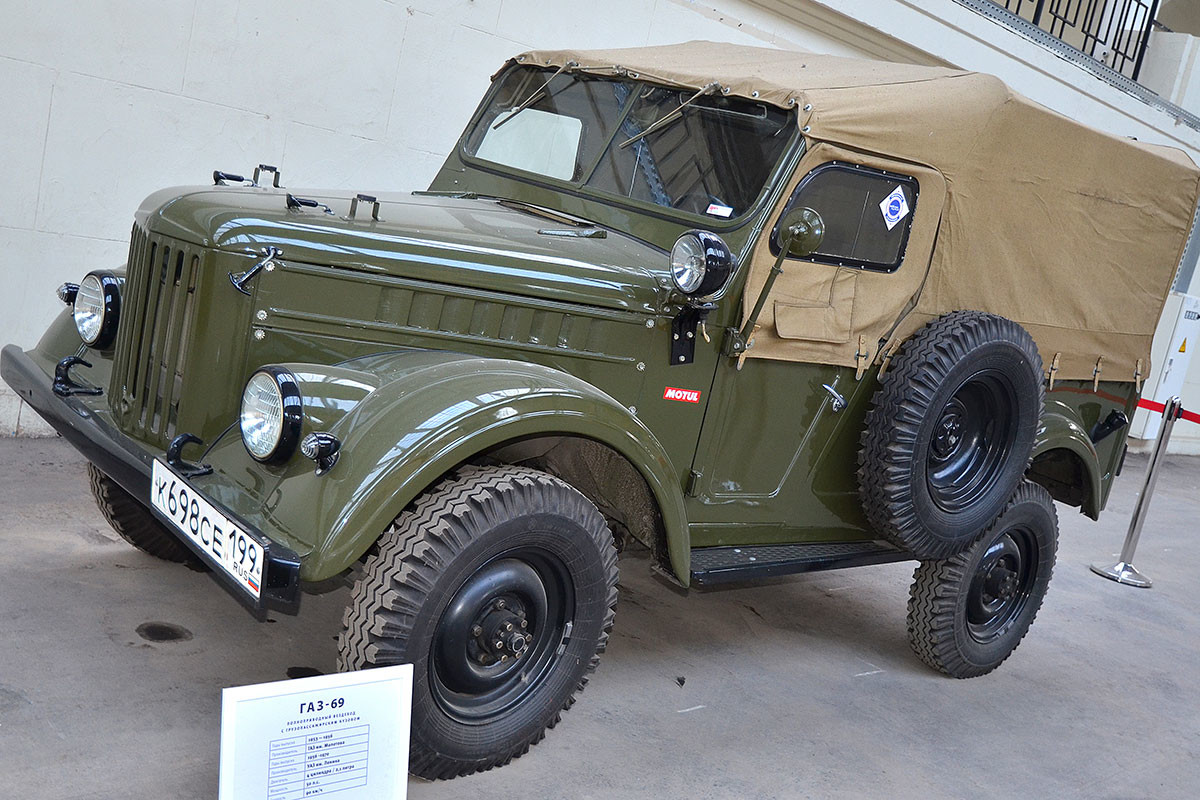 As the truck had a convertible cabin, so did the newly developed ATV. The engine, transmission and other essential parts were also borrowed from the tested truck. The main difference was apparent in the ATVs wheels and suspension system: contrary to four conventional wheels of the truck, the new vehicle used three giant low-pressure tires of high elasticity to achieve superb off-road characteristics. 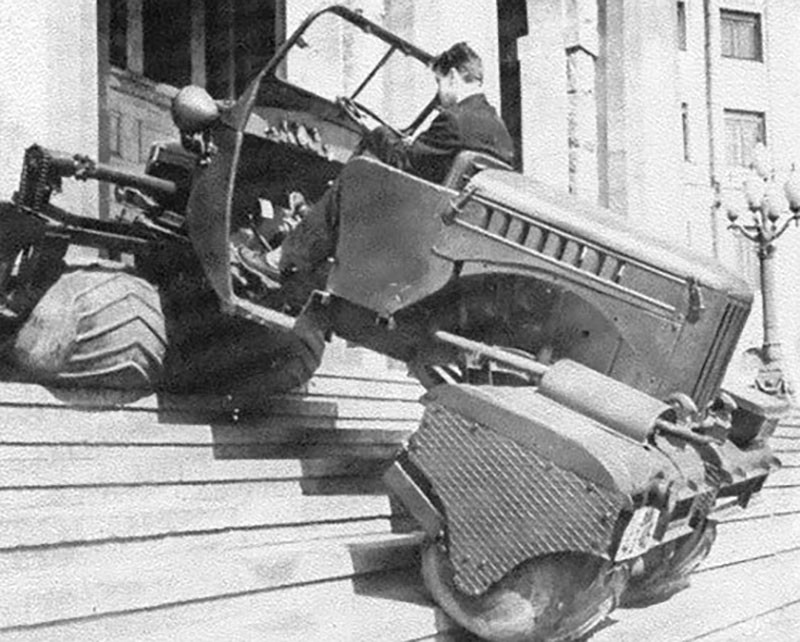 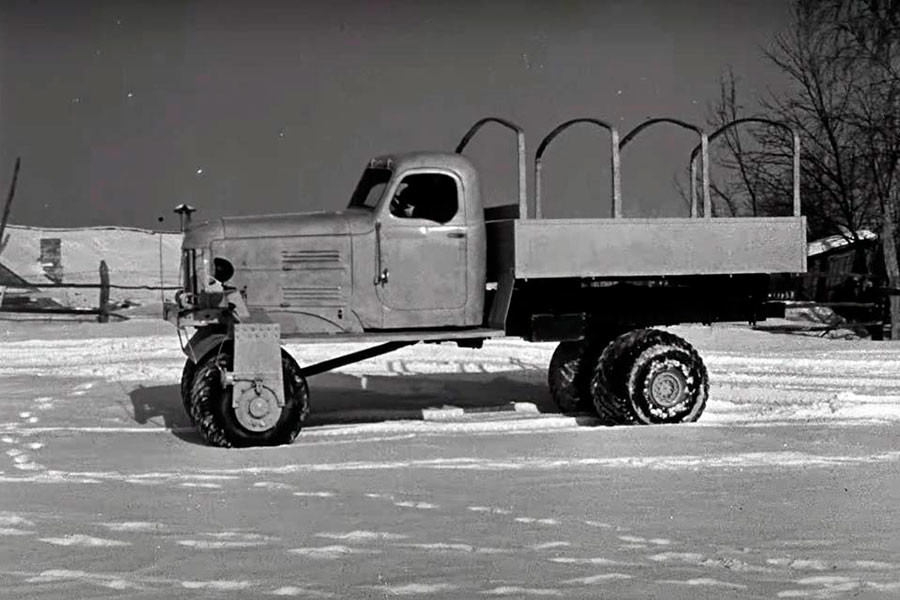 Engineers of the ZIL factory released a new prototype of the rolligons-equipped ATV in 1964. The new vehicle was a combination of the ZIL-164 and ZIL-157K trucks. 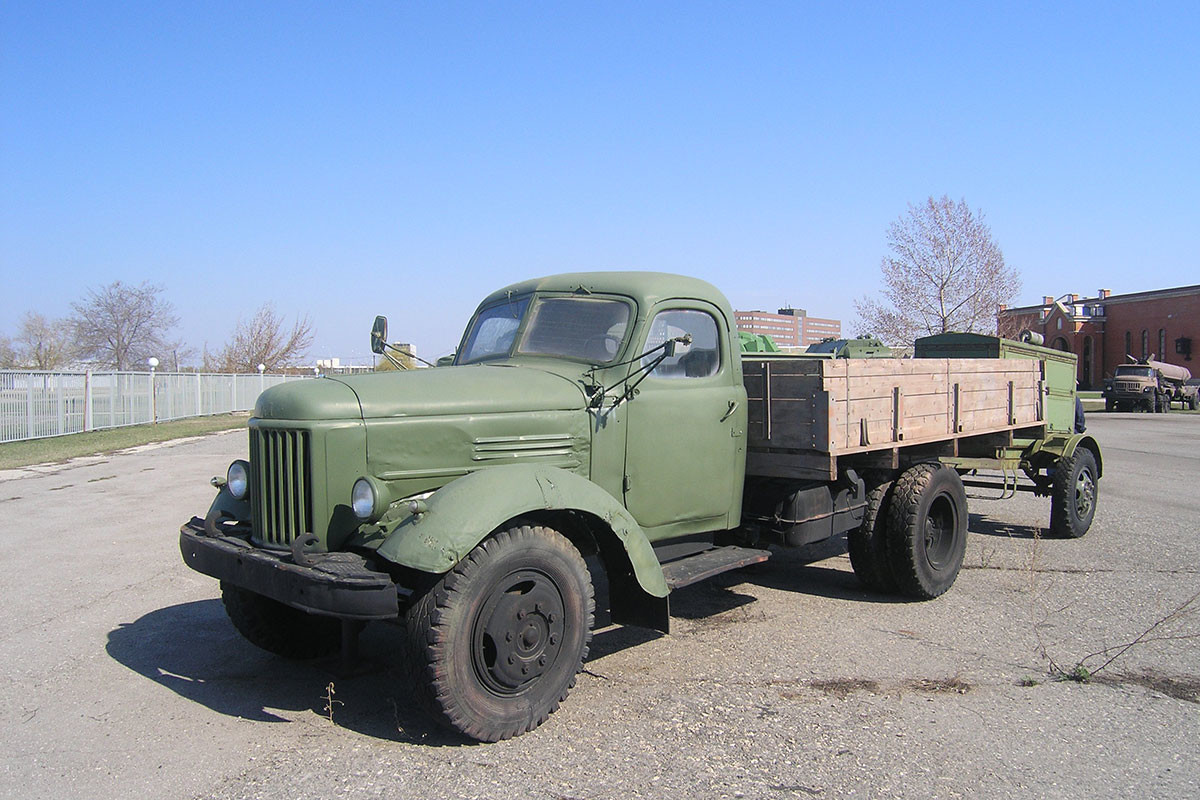 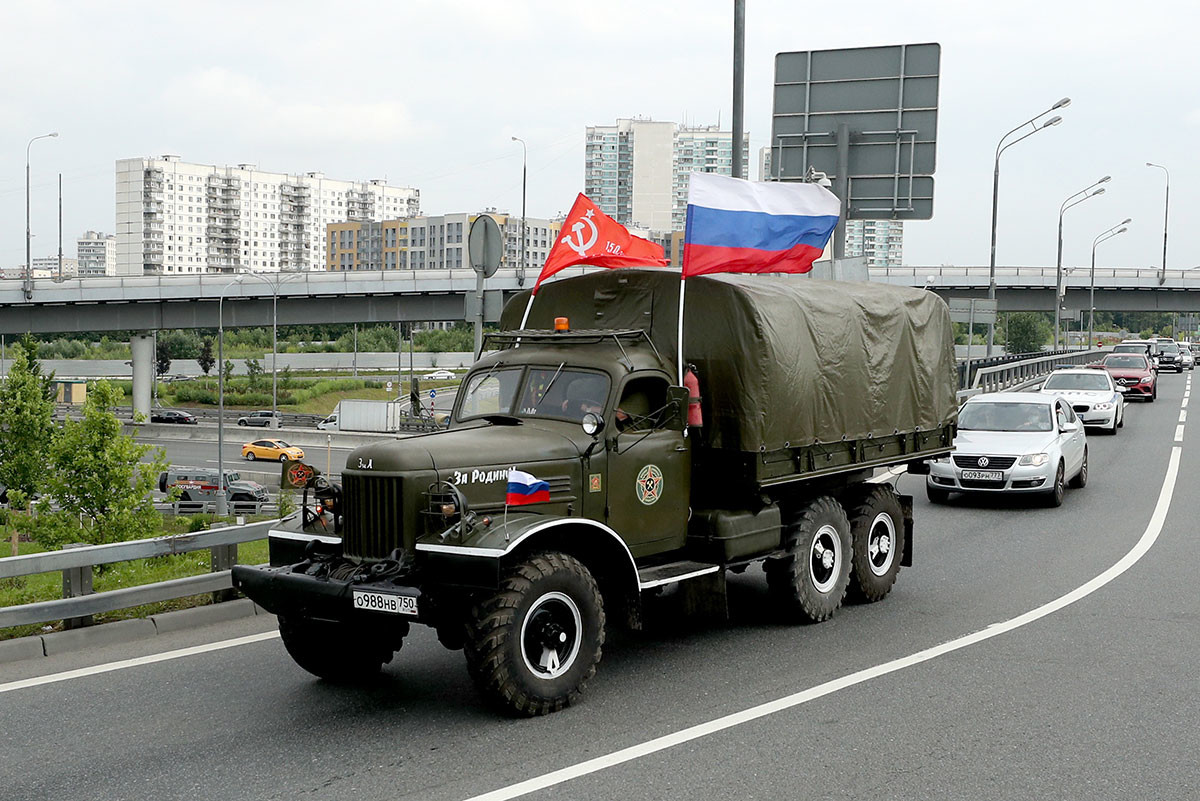 The original addition was the four rolligons, each being one meter long. Somewhat surprisingly, the ATV did not have the suspension system at the front, as the two front rolligons were rigidly mounted to the car’s body.

This design made it impossible to use the front wheels for turning and, therefore, the vehicle turned by changing the angle of the rear wheels, which were mounted on a separate suspension system. The brakes were only applied to front wheels as the rear rolligons were not equipped with the brakes system.

Such a radical design did not pass the tests well, as the ATV was hard to control and the steering was made difficult by the flawed design. The project was eventually shut down and the existing prototypes — destroyed. 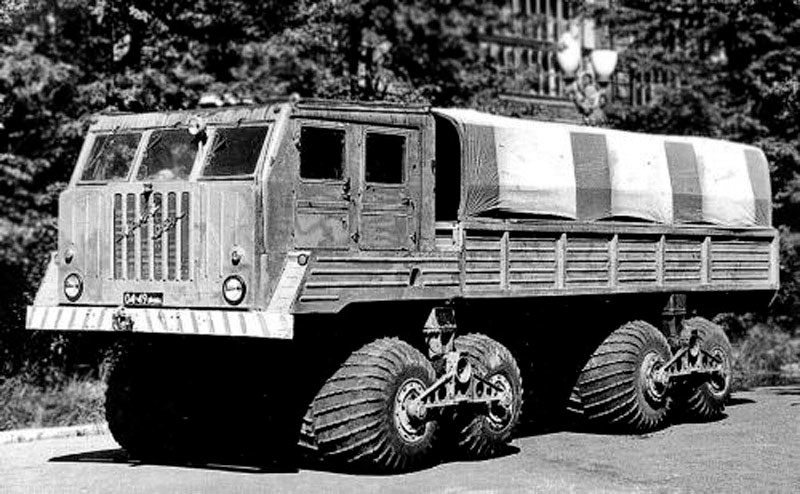 One of the most promising prototypes of the teracruzers designed by the Soviet engineers was ET-8 produced in 1963.

Visually, it was a near-identical copy of the U.S.-made FWD MM1 Teracruzer. Contrary to the U.S.-made prototype, however, the Soviet vehicle was powered by a 180-hp gasoline engine taken from the Ural-375 truck, instead of the American 8-cylinder Aircraft engine using aviation fuel. 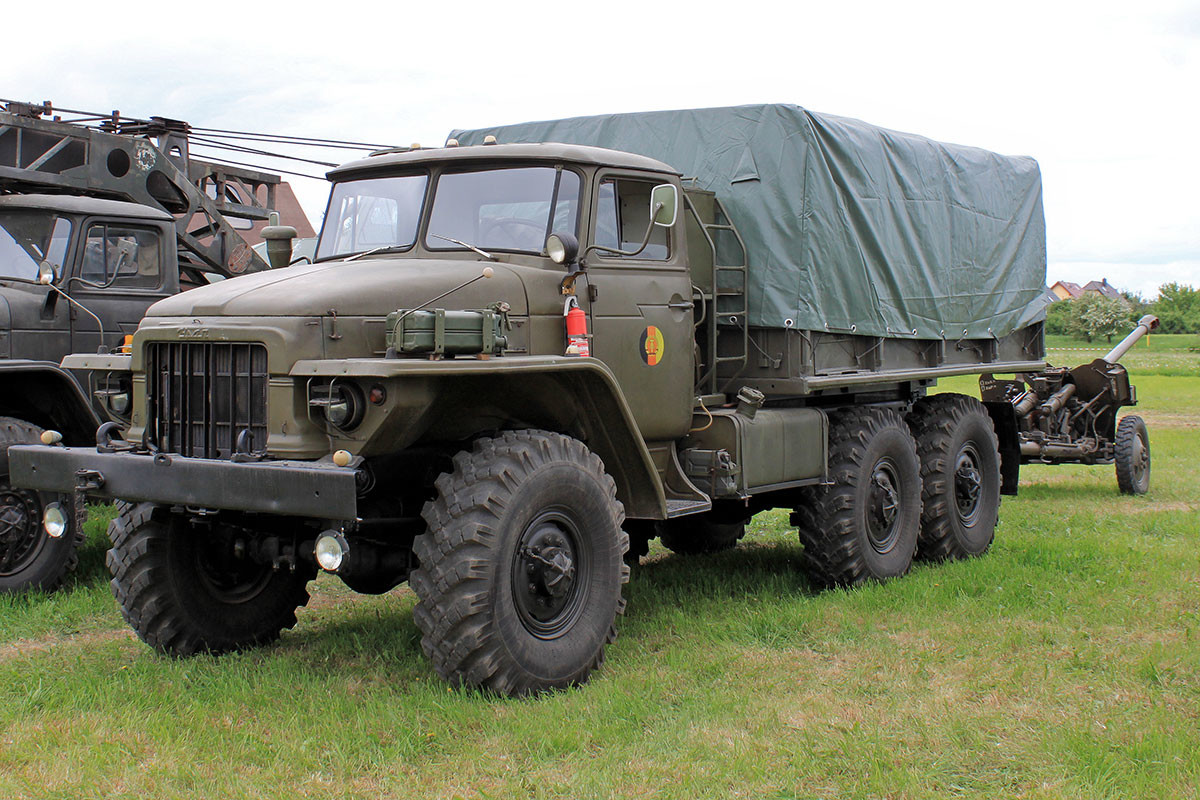 The Soviet vehicle had eight 1.2-meter-long rolligons grouped together by four wheels, four at the front and four at the rear.

The cabin of the Soviet prototype was taken from the Russian-made ATC-S artillery tractor.

This ATV weighed 12 tons and could carry up to eight tons of cargo in the back.

Despite a relative success during the testing period, the vehicle turned out to be too heavy and expensive to produce. As a result, it was never put to serial production.