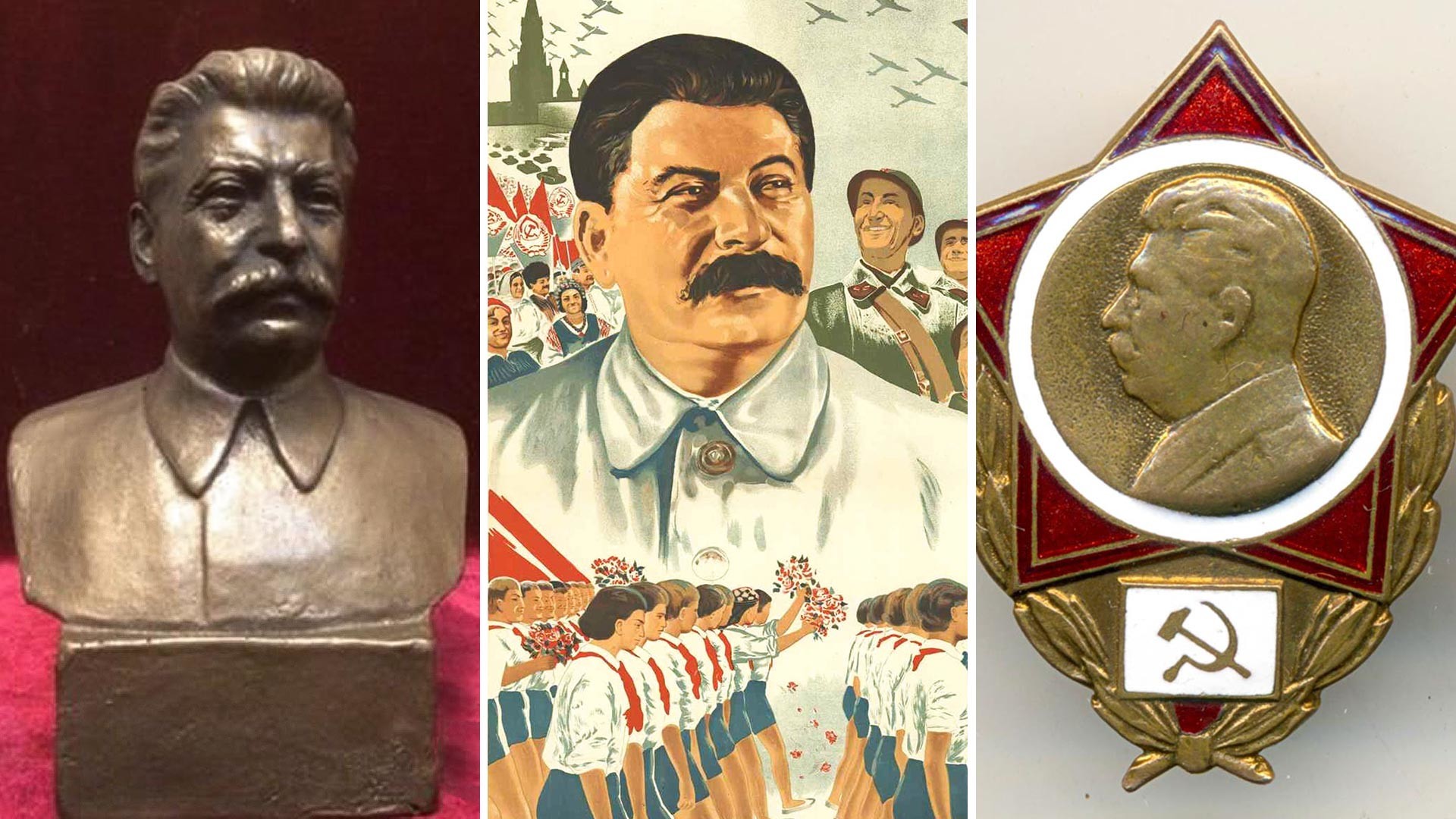 Archive photo; avito.ru
The Soviet propaganda machine conferred upon Stalin the title of “Father of Nations” and, equally modestly, “the sun that lights up the whole country.” Like God, he had to be worshipped every single day.

The sound of yours has become a household word.

This is what Georgian poets wrote about their compatriot Joseph Stalin. They were just one of the many authors of “Staliniana” — the body of propaganda works of art praising the mustachioed leader. Monuments were put up to him, streets, factories and cities were named in his honor, films were made about him, stories and poems written, pictures drawn... In addition to all this, Stalin graced everyday items: his image was replicated on posters, postage stamps, calendars, tablecloths and lace; busts of him stood in apartments, schools and institutions across the land.

The personality cult, which began in 1929 with the grandiose celebration of Stalin's 50th birthday, was debunked only in 1956 at the 20th Communist Party Congress. Only after that, more than 20 years later, were “Stalinist” products withdrawn from circulation. Here are some of the items that could be found in practically every Soviet home. 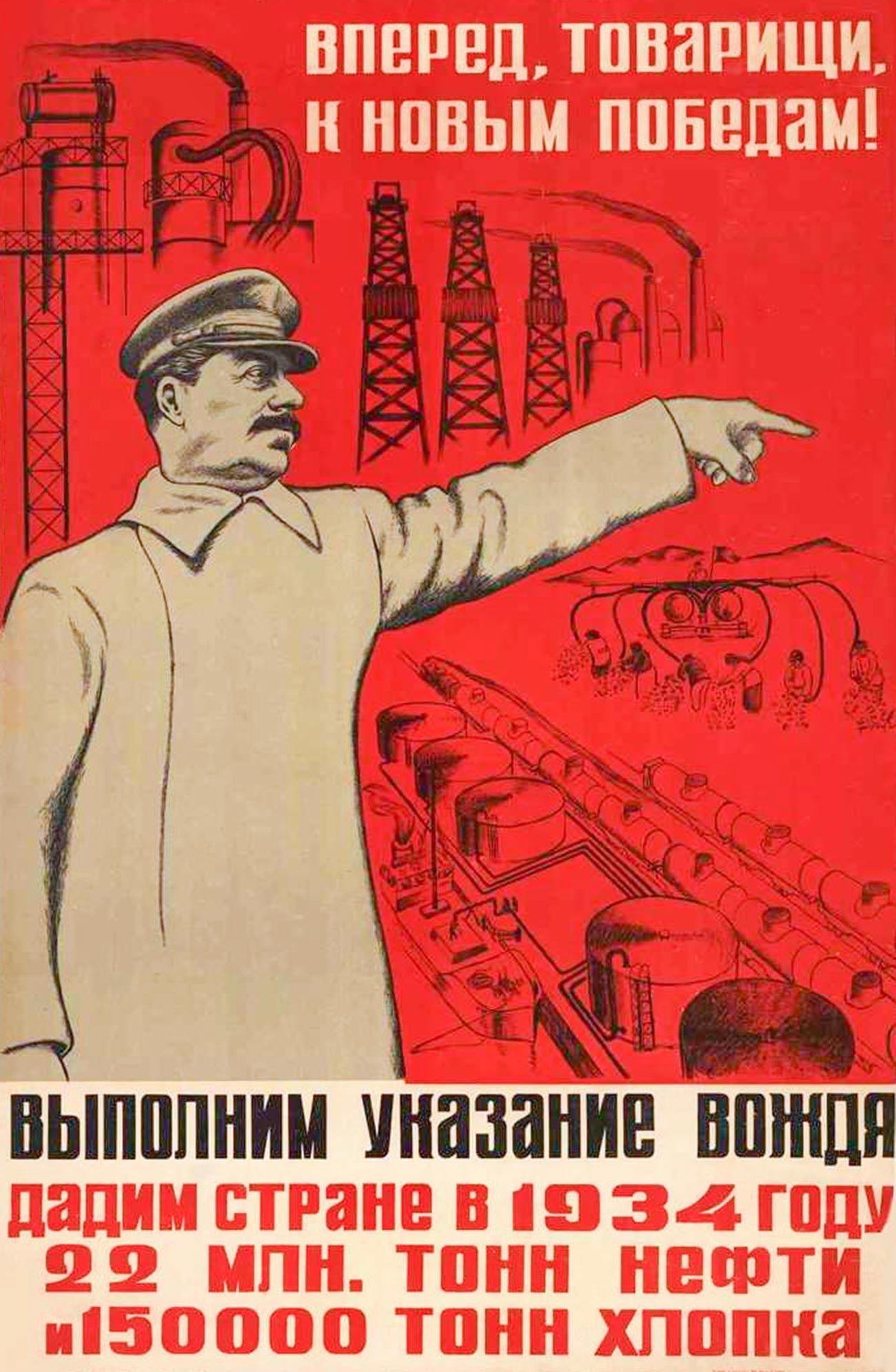 “Glory to the great Stalin” poster 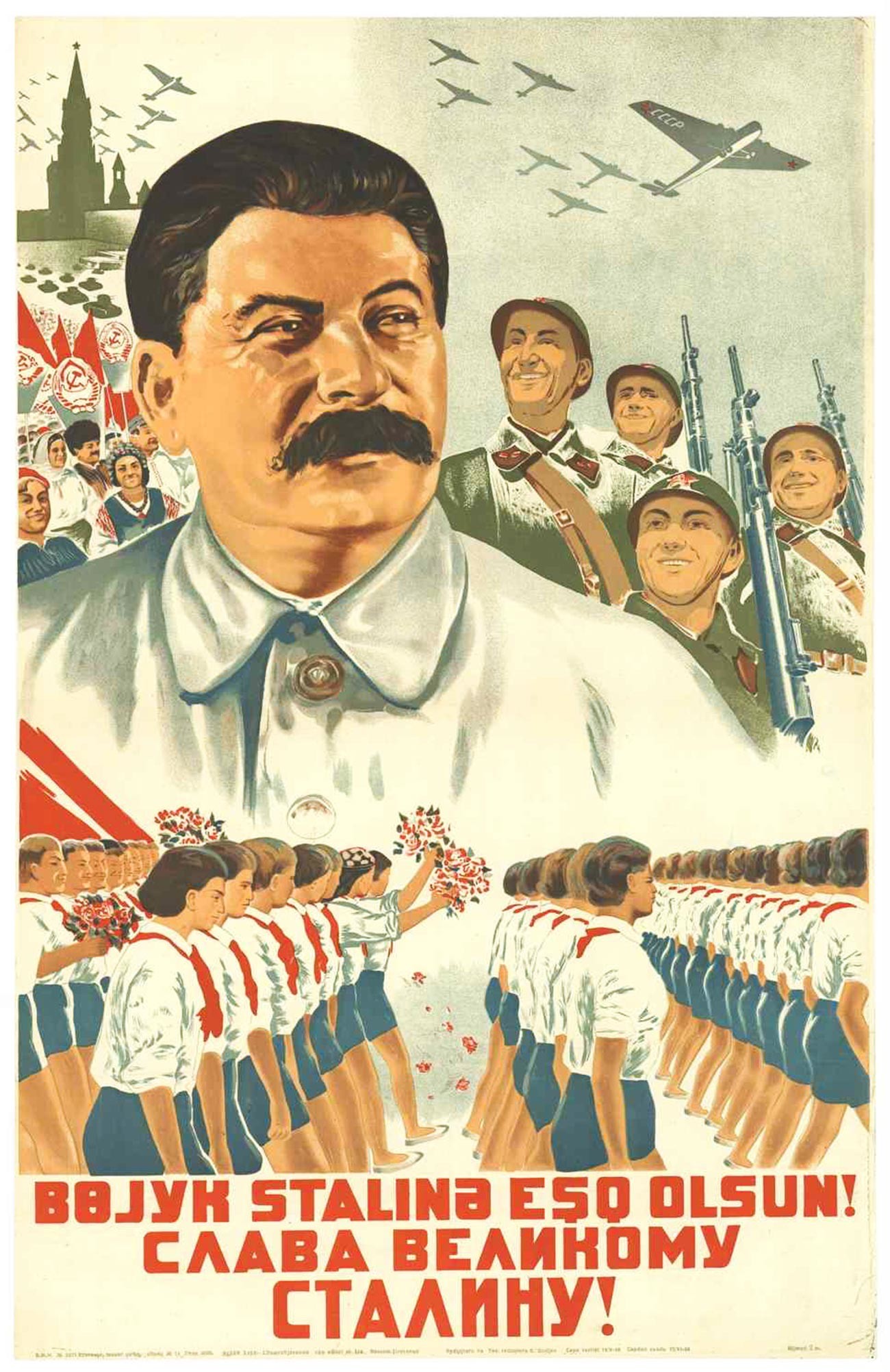 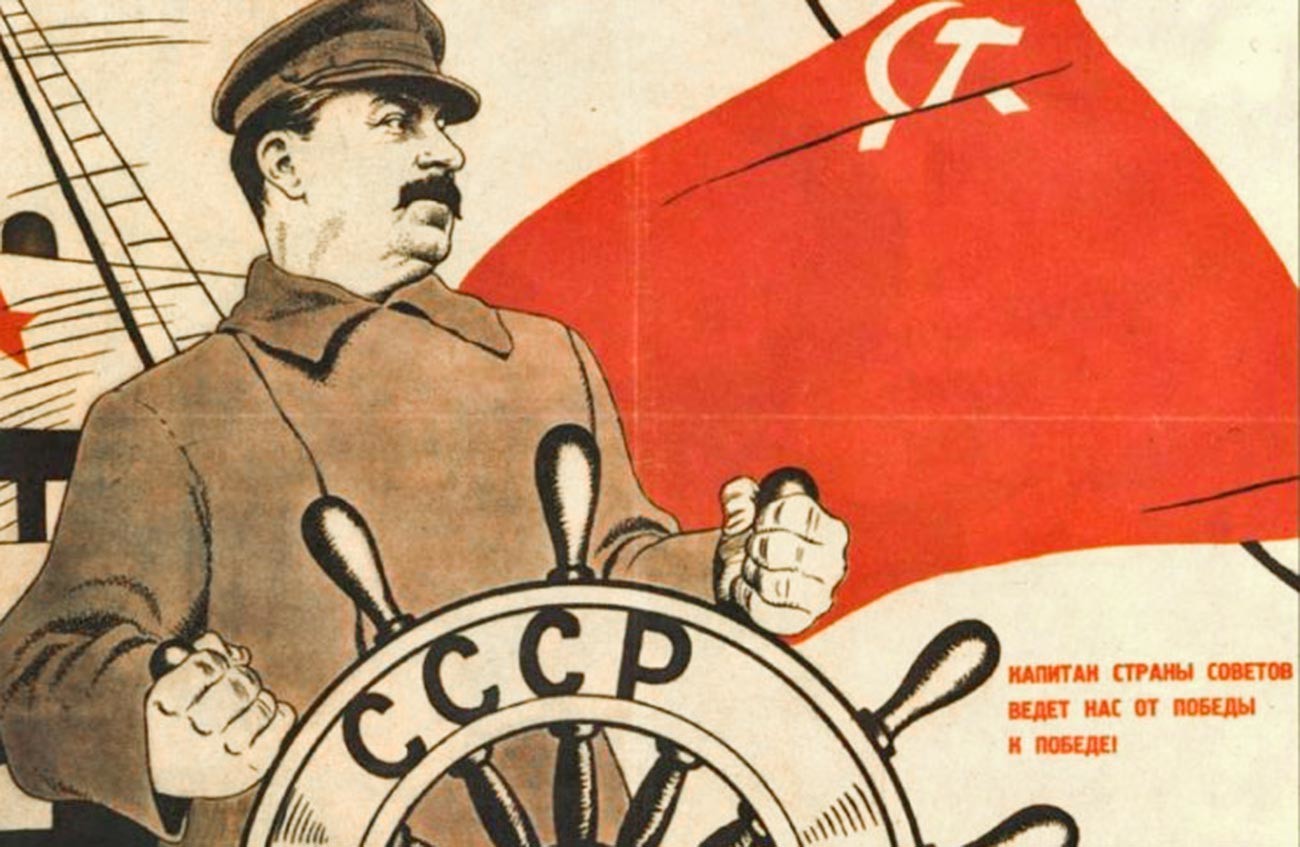 "The captain of the Land of the Soviets leads us from victory to victory!”

“Stalin takes care of each of us in the Kremlin” poster, 1940 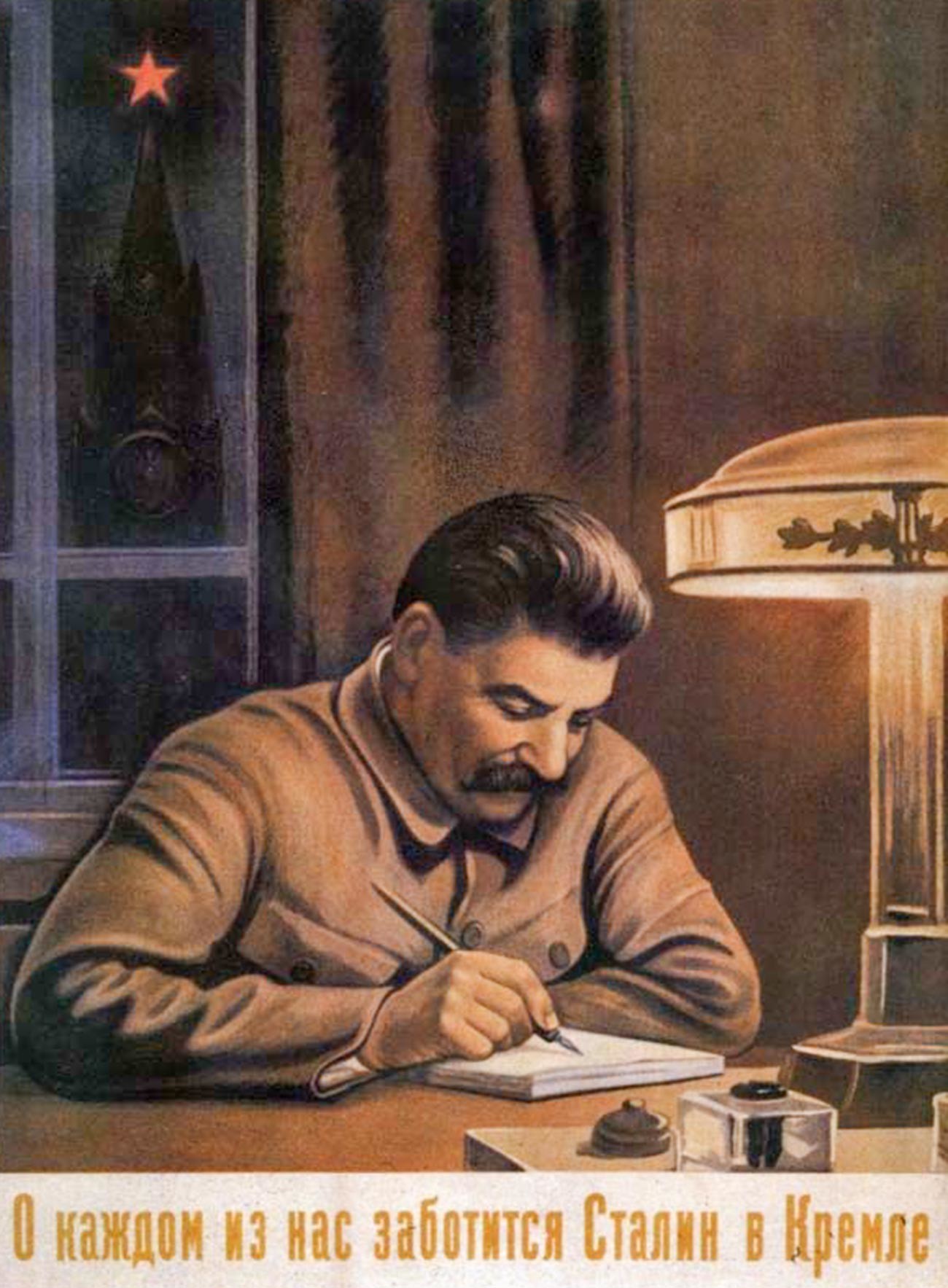 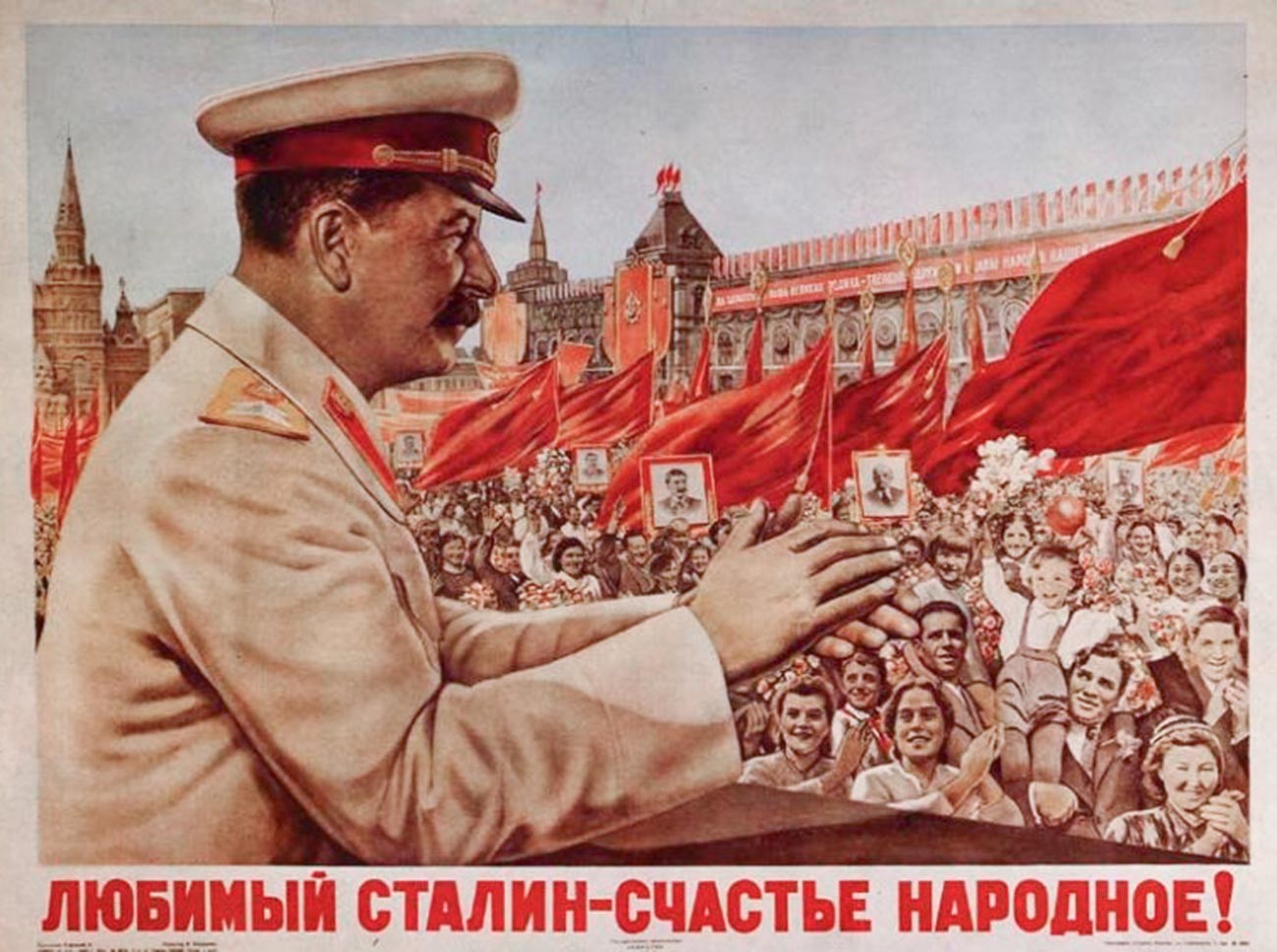 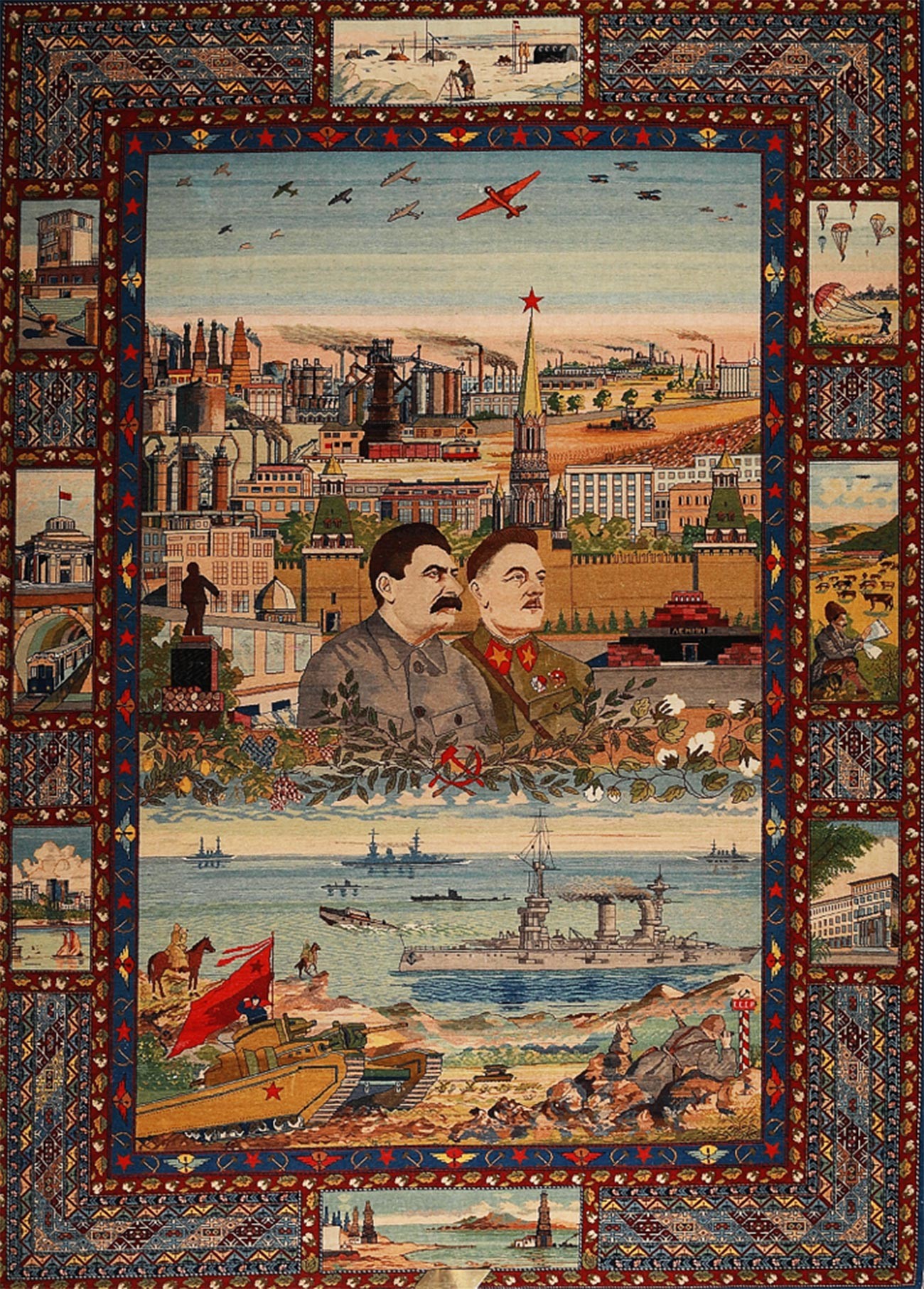 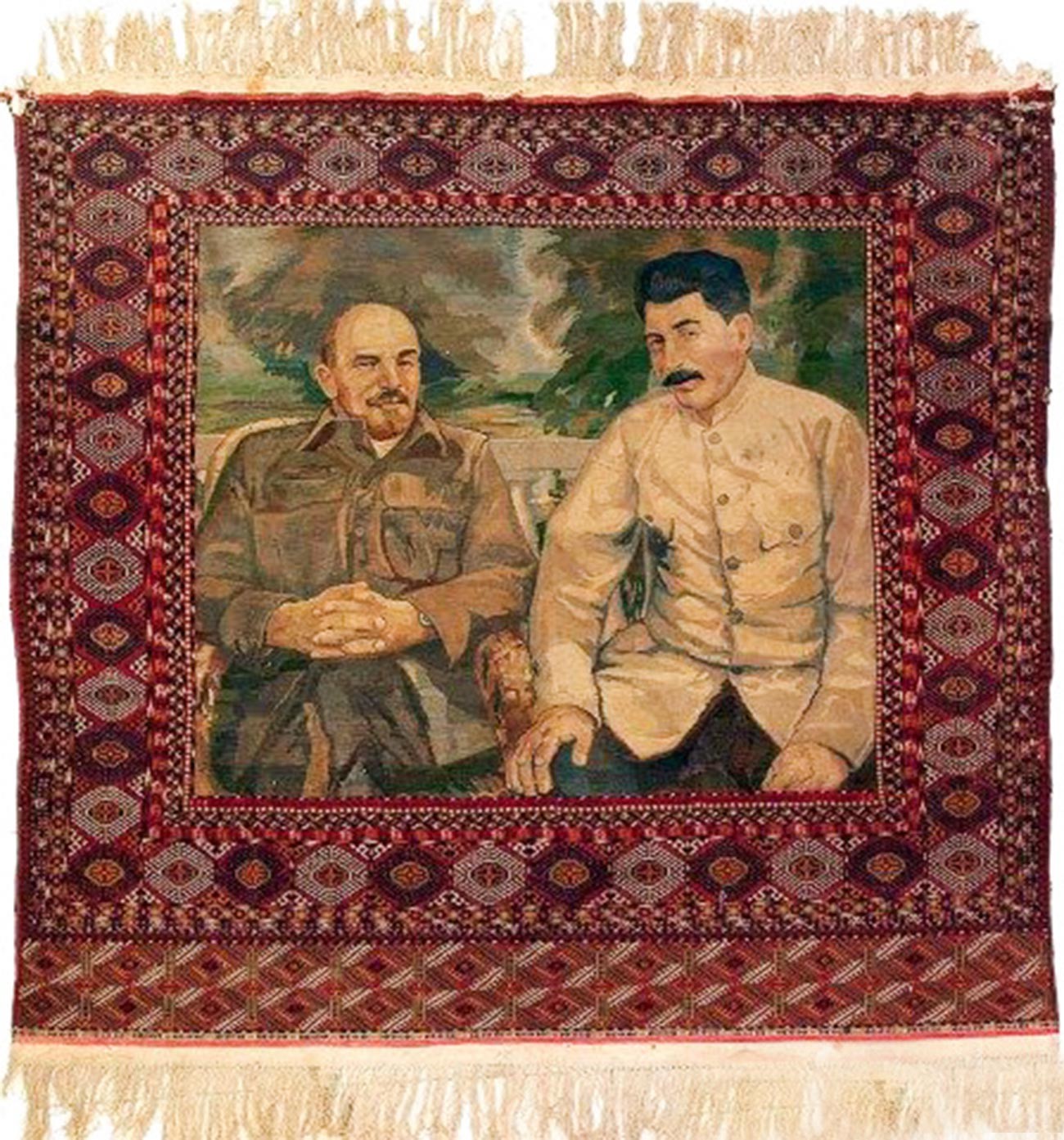 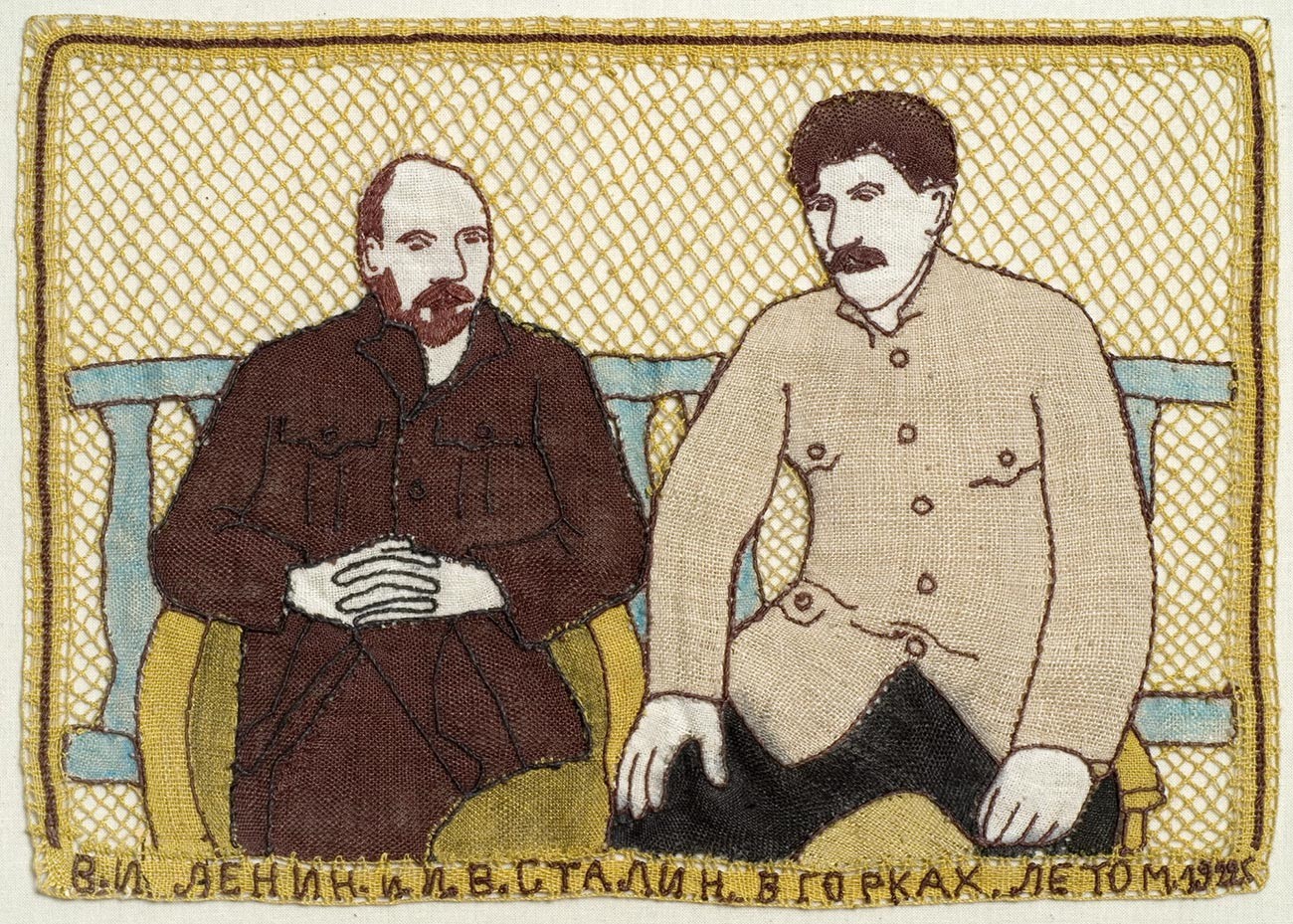 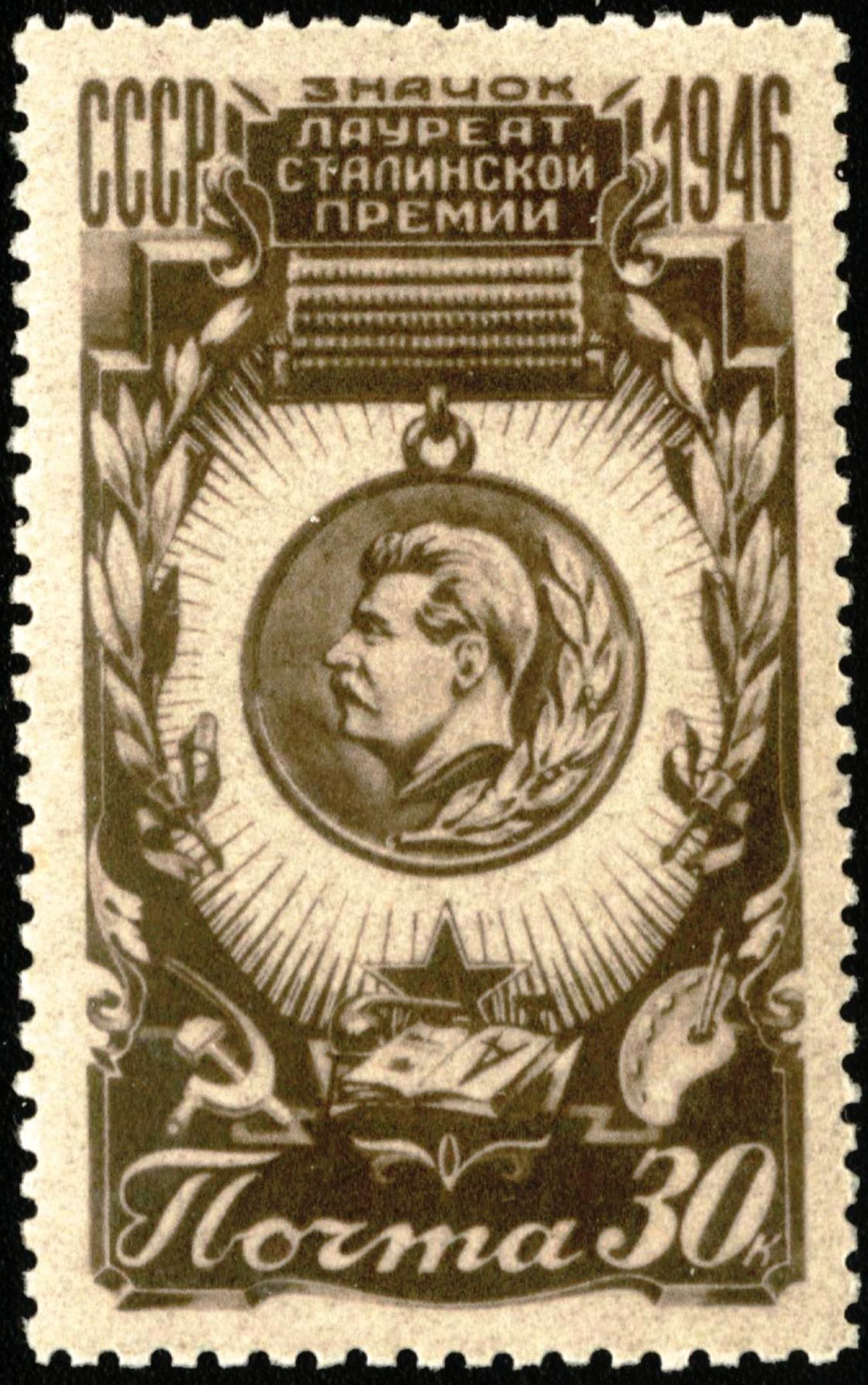 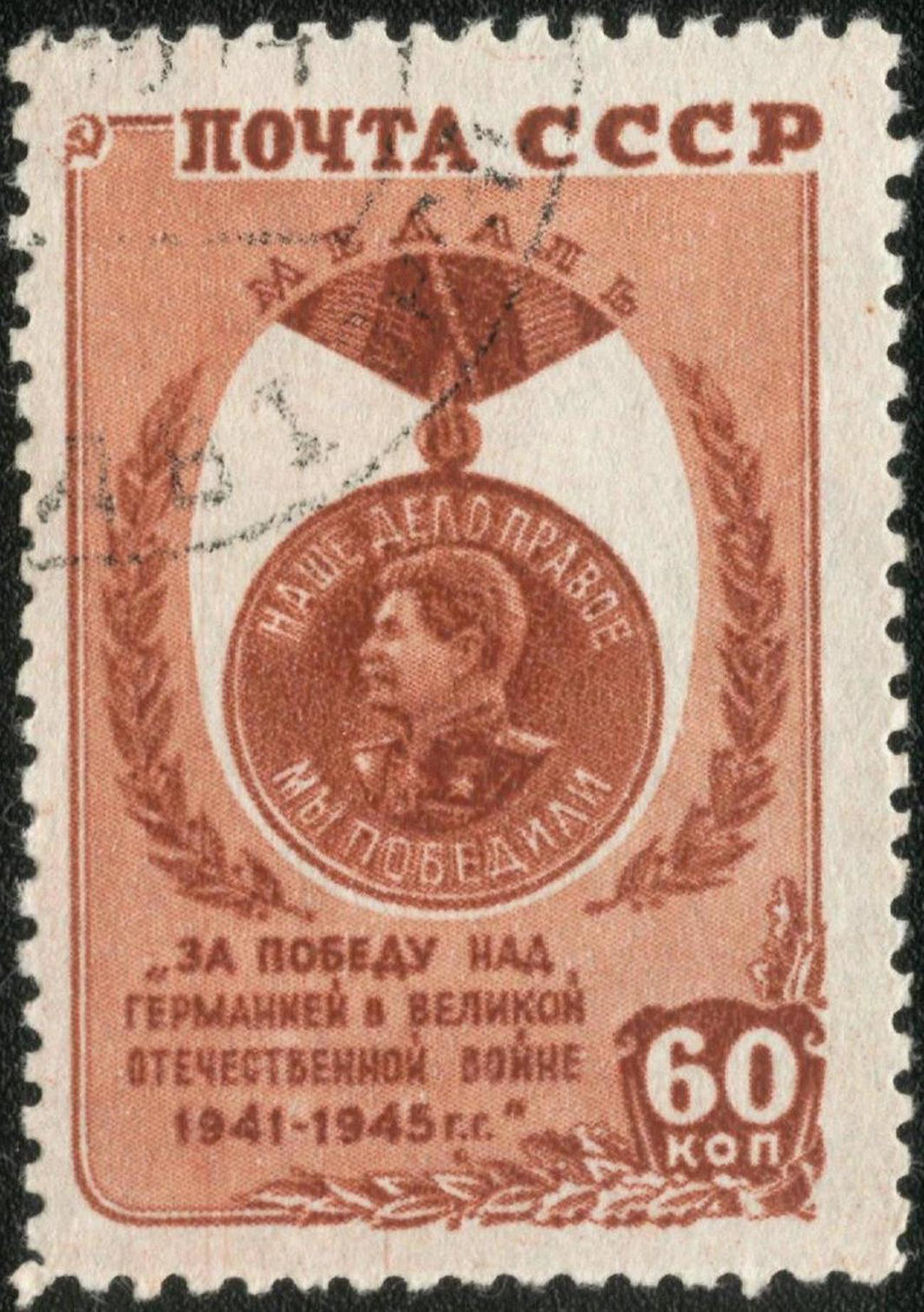 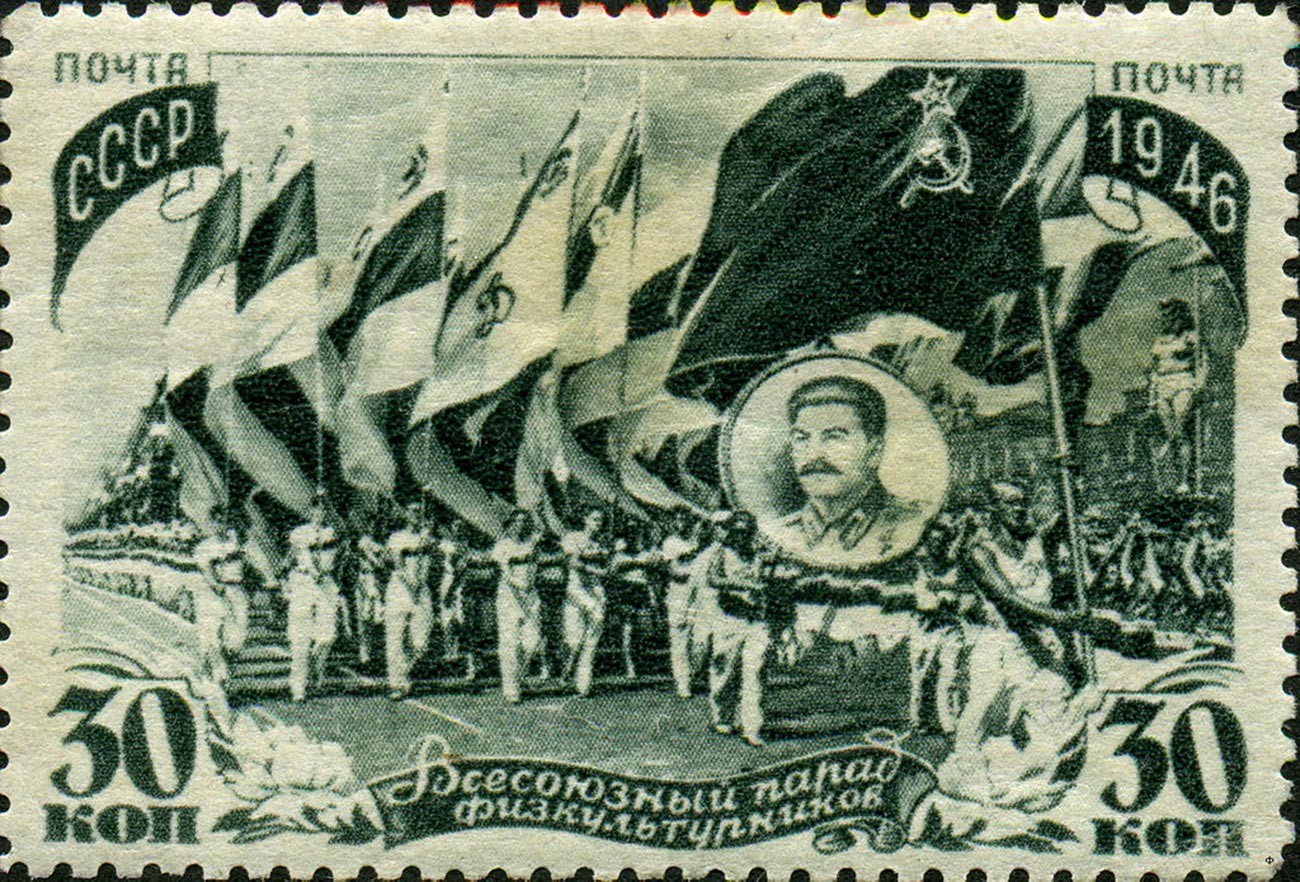 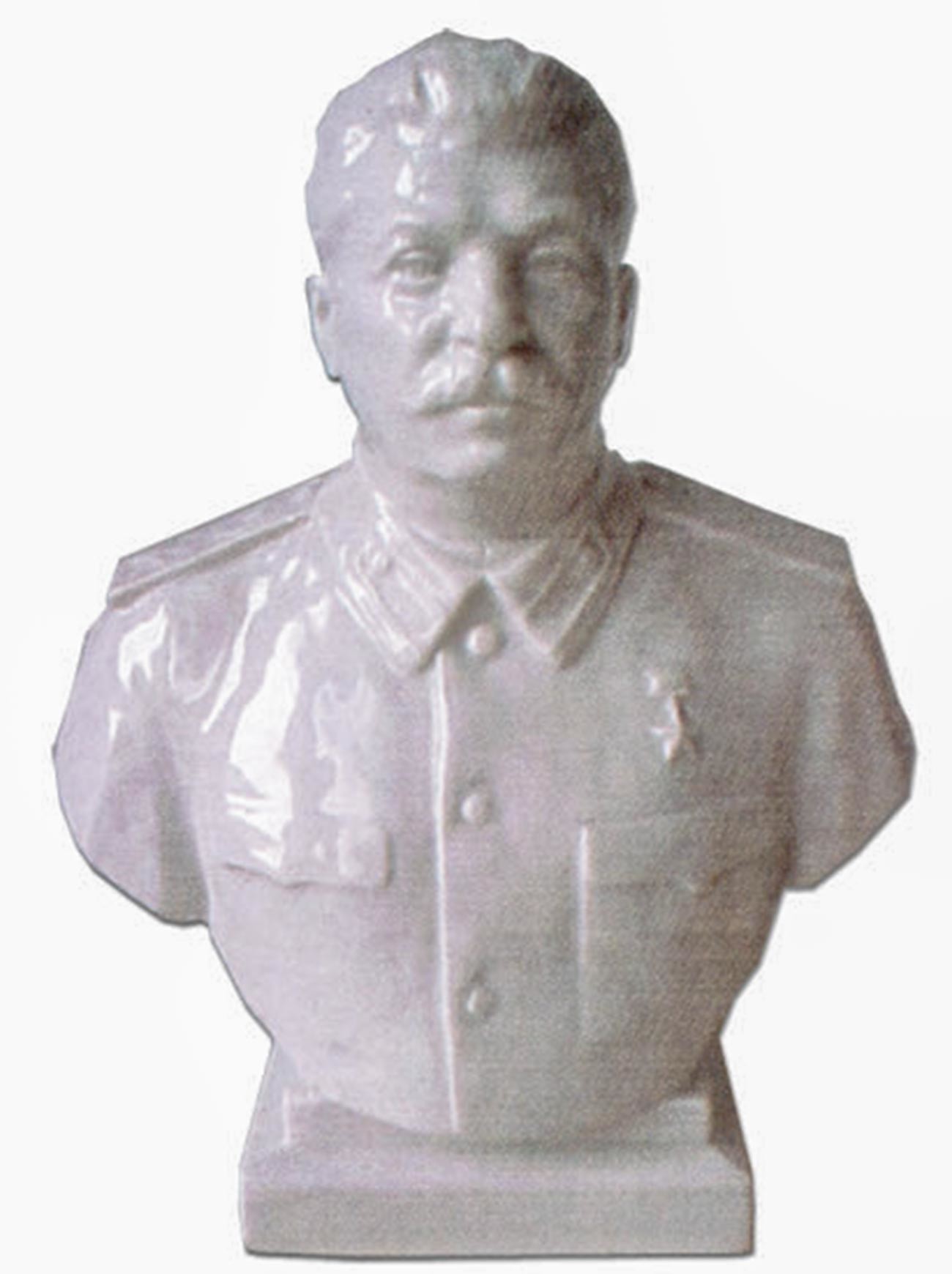 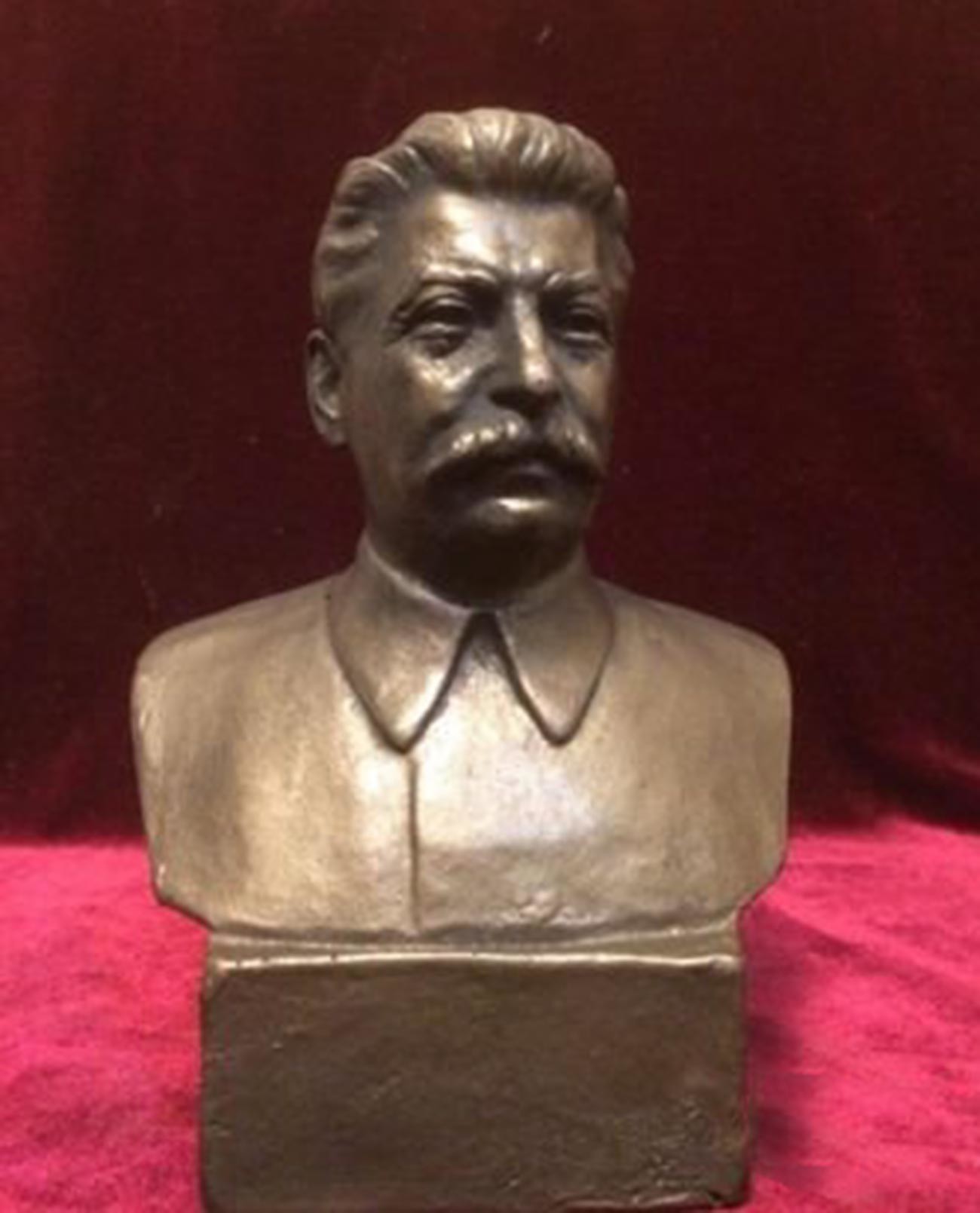 Bronze statuette of Stalin in an overcoat, 1938 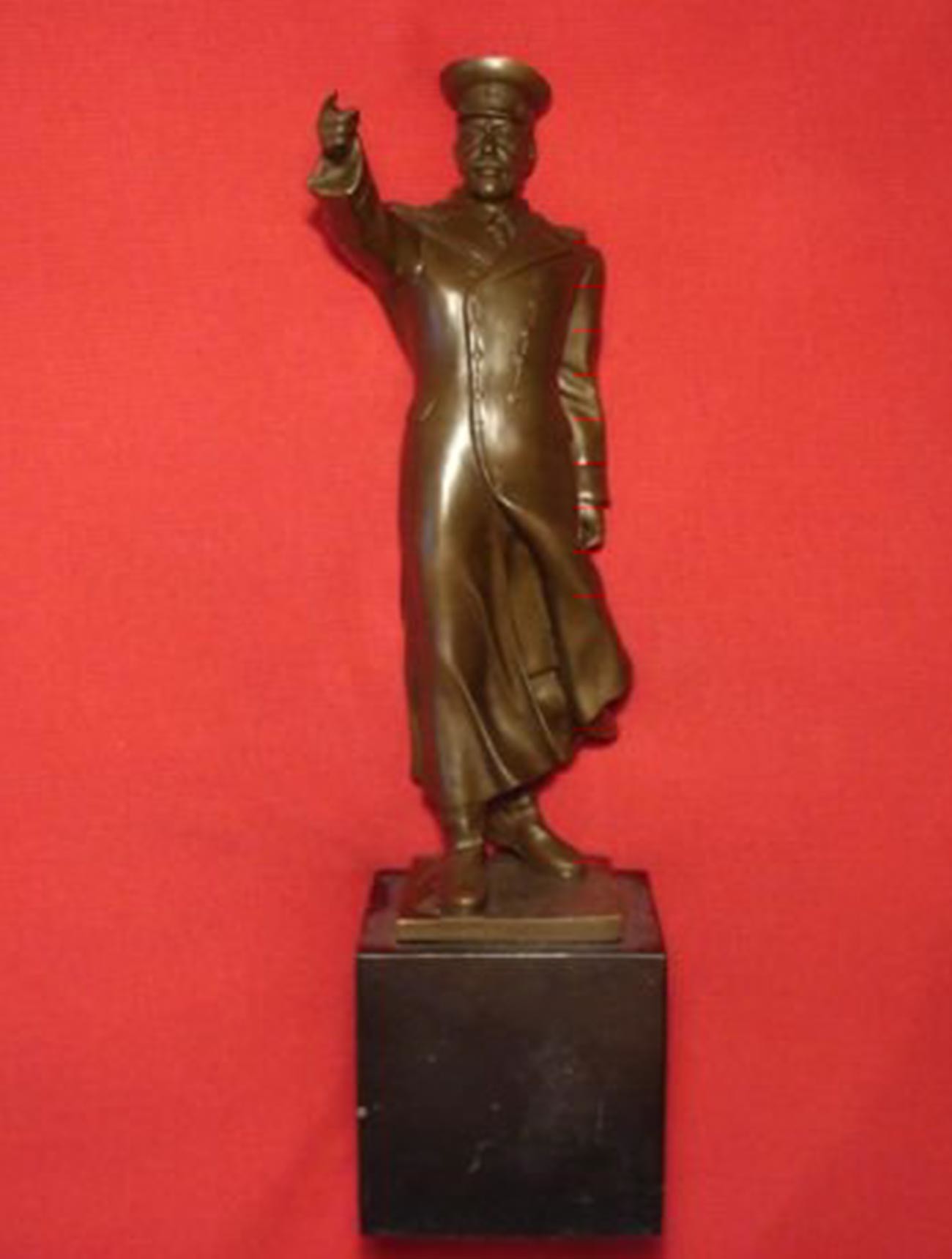 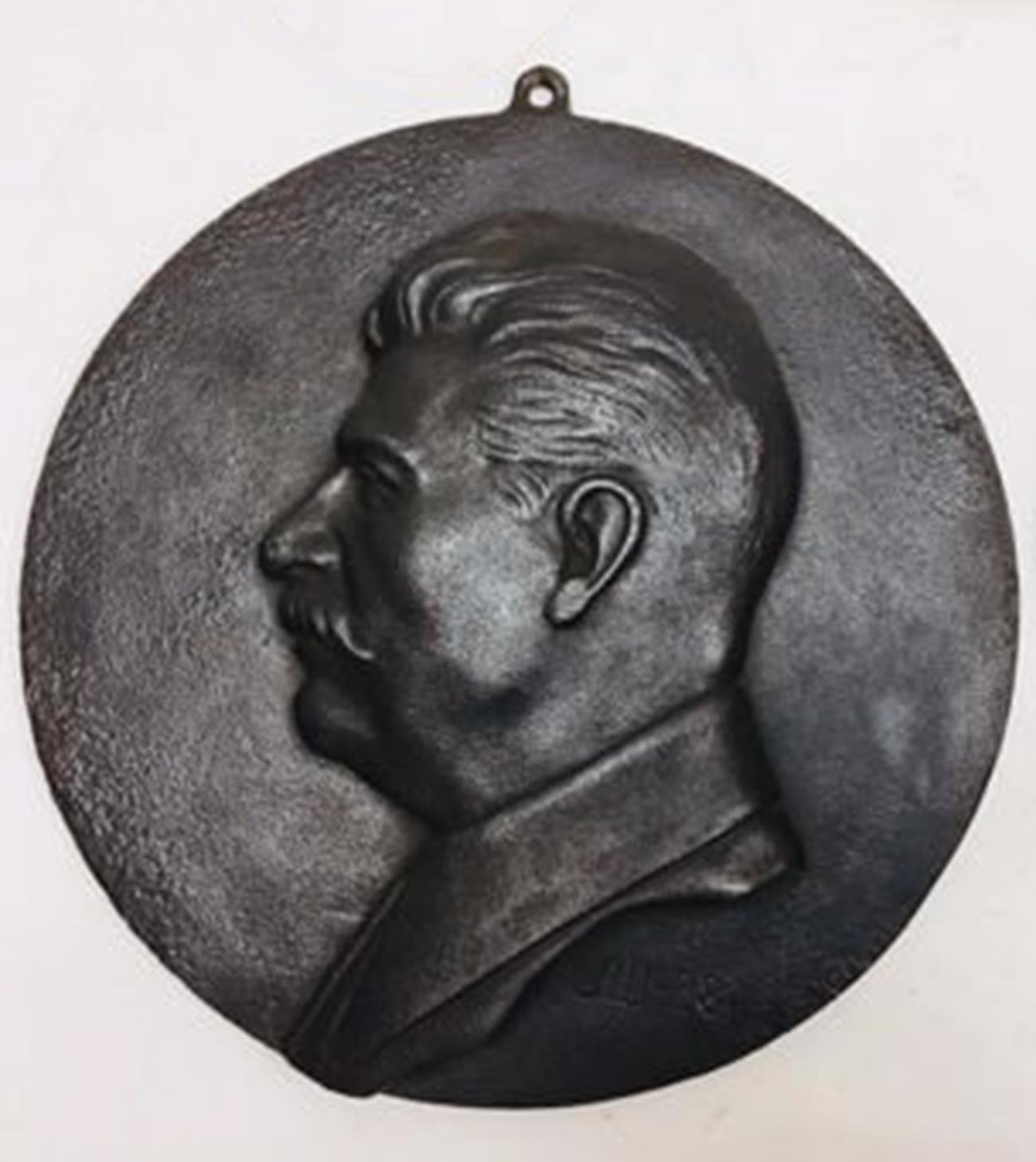 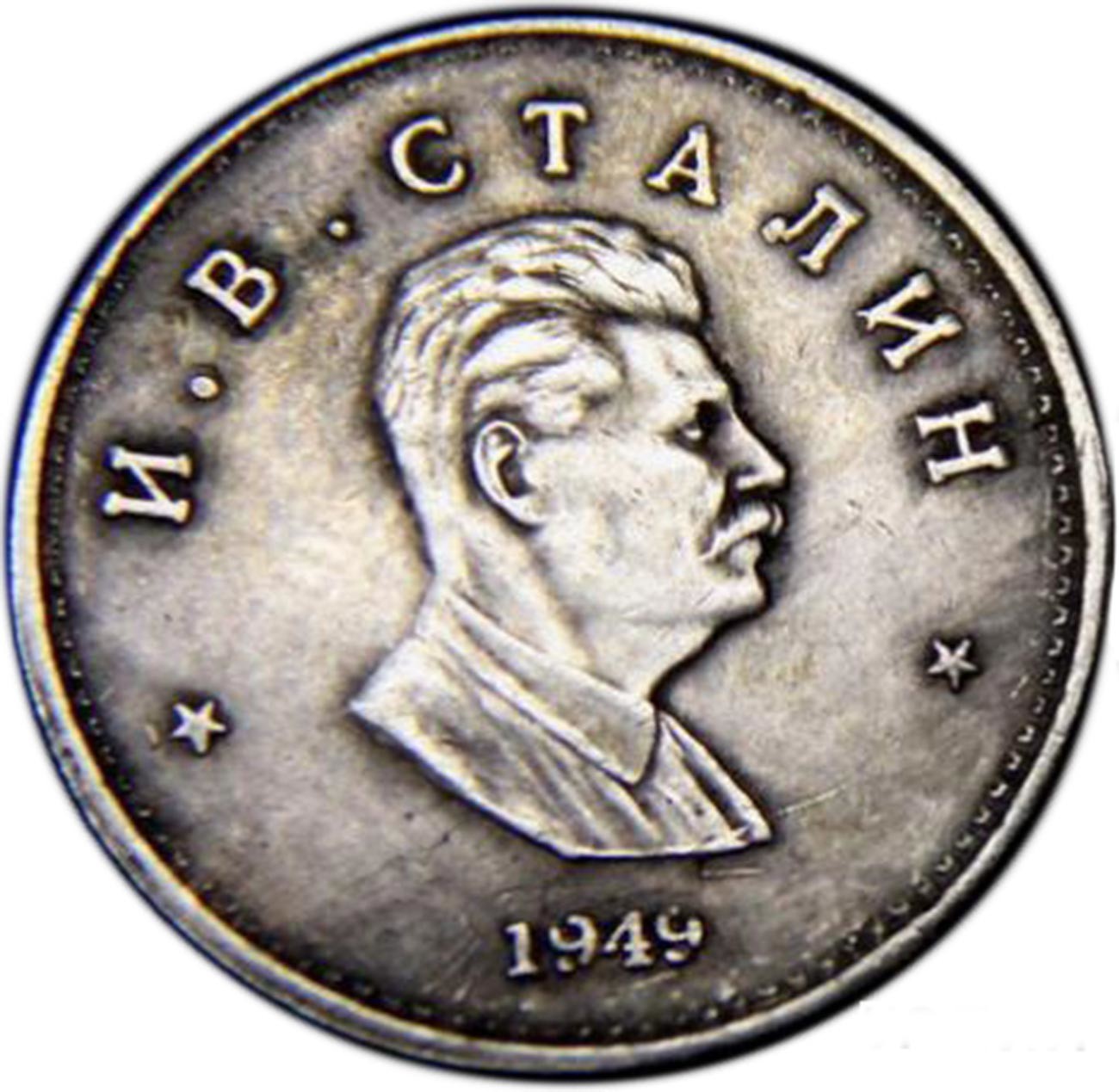 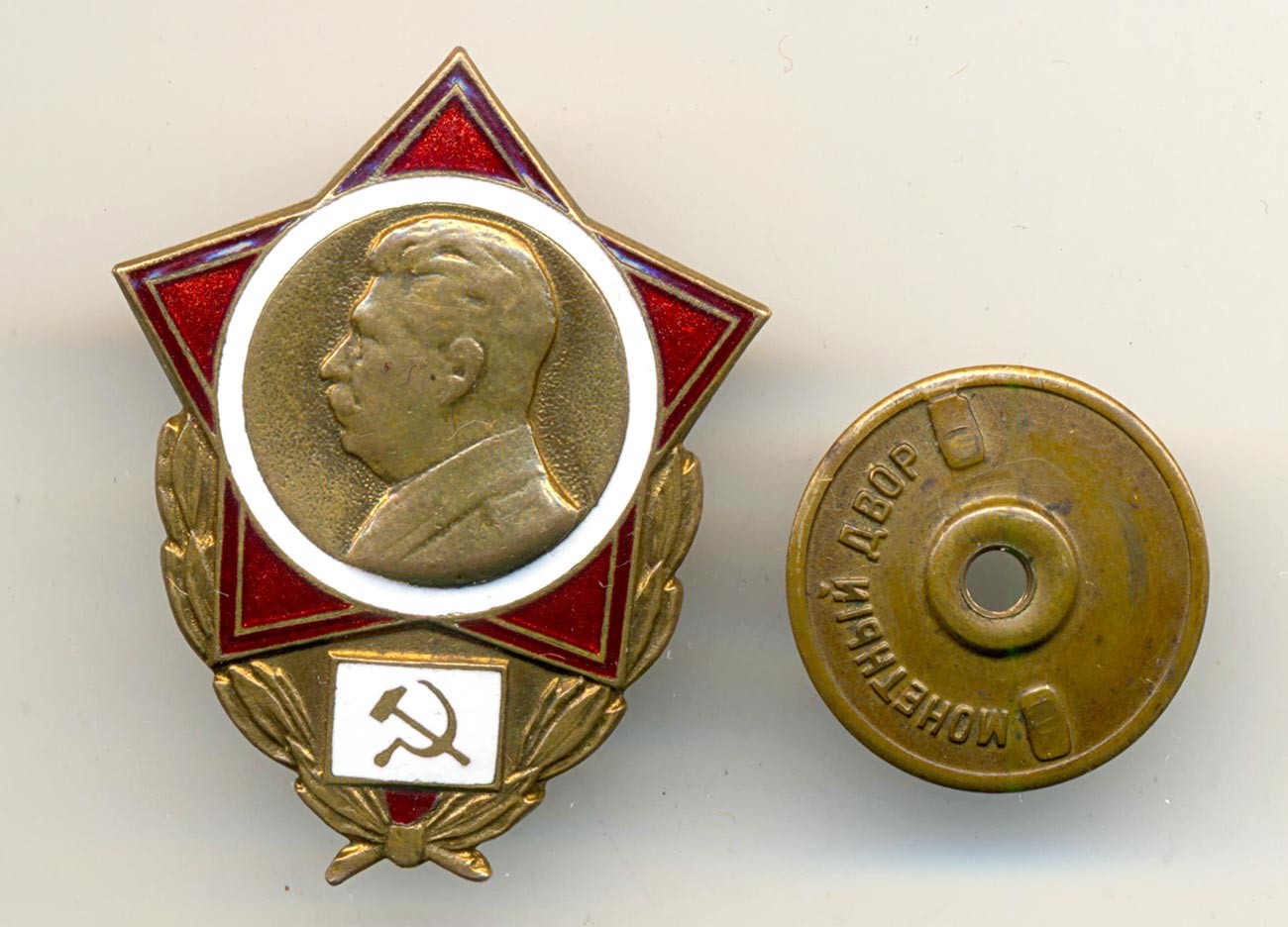 … many badges with Stalin 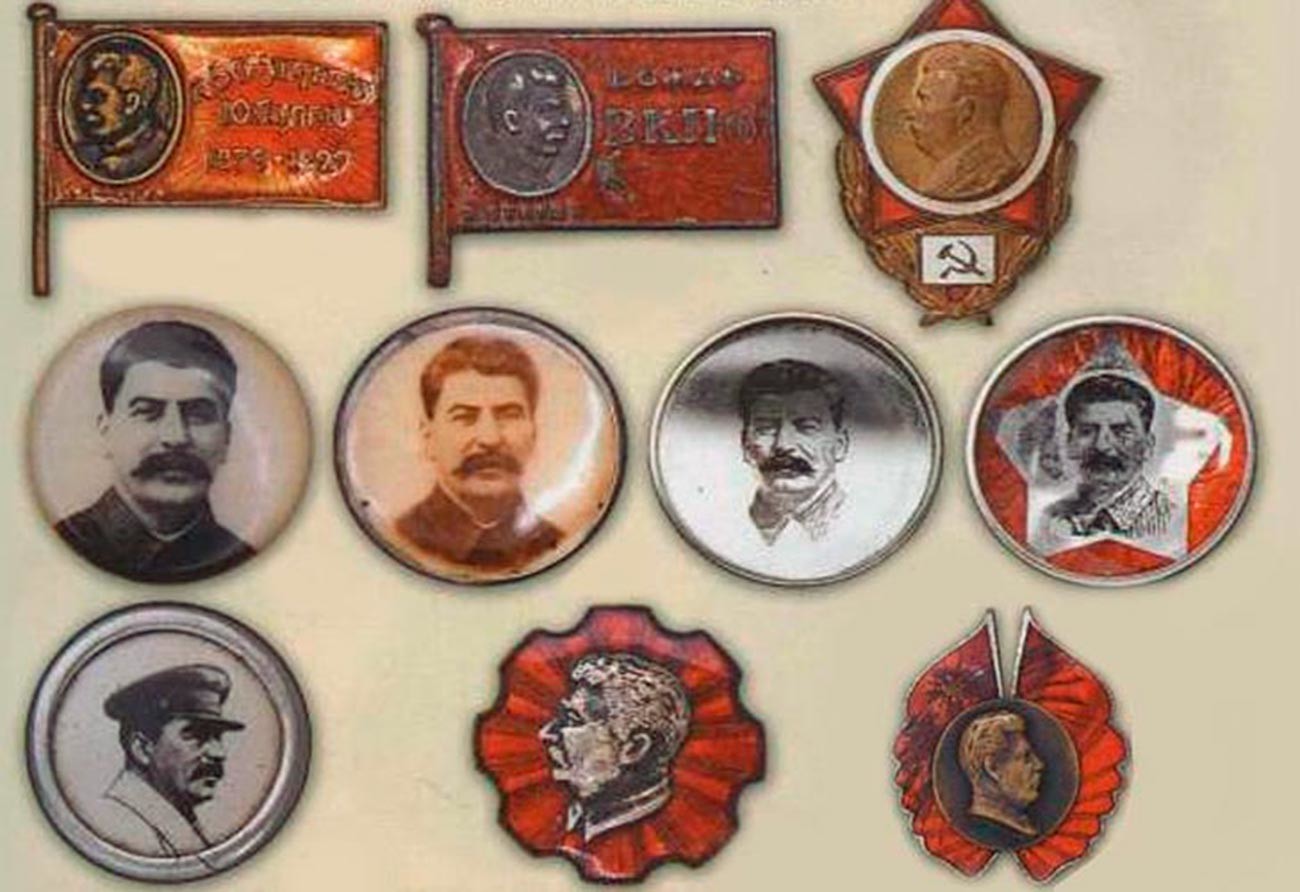 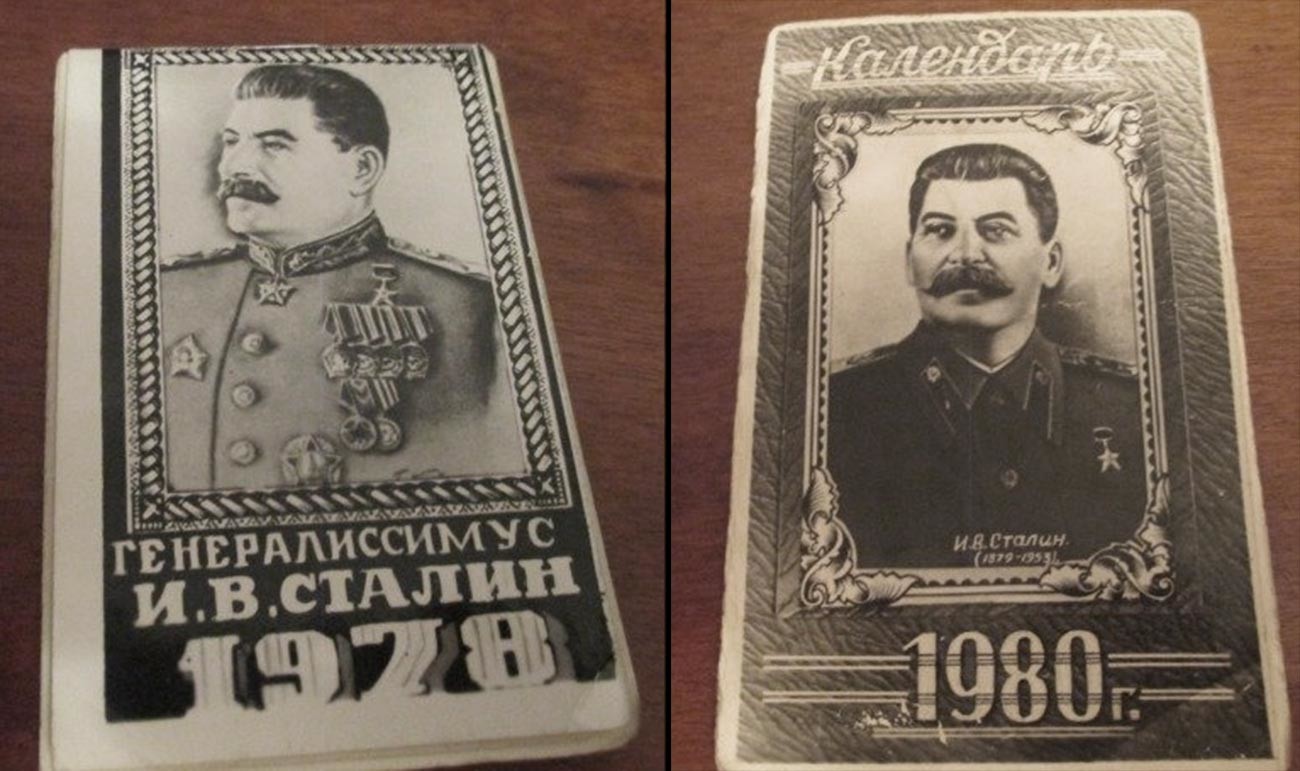 Medals: For Victory over Germany (left) and For Valiant Labor during the Great Patriotic War 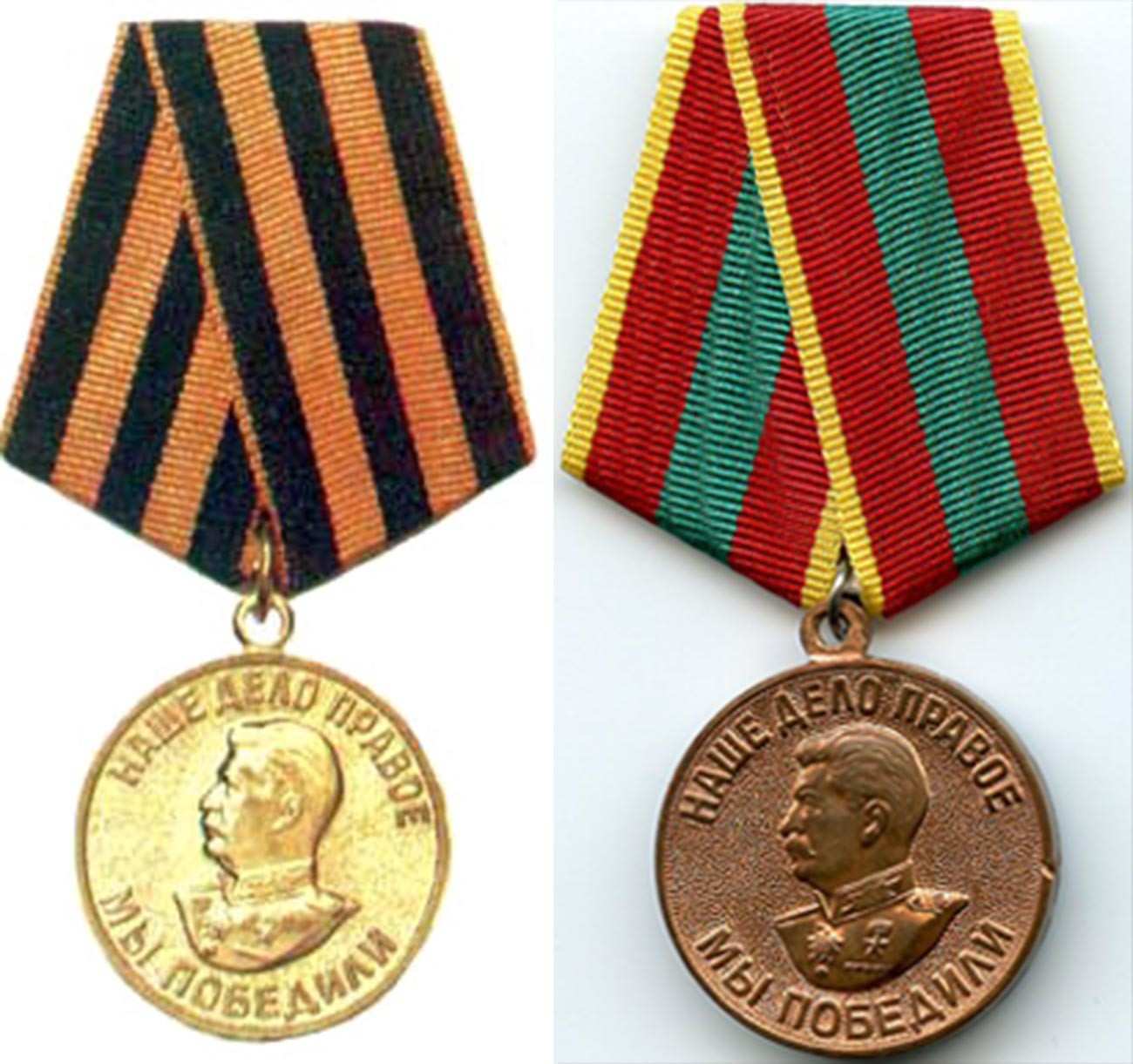 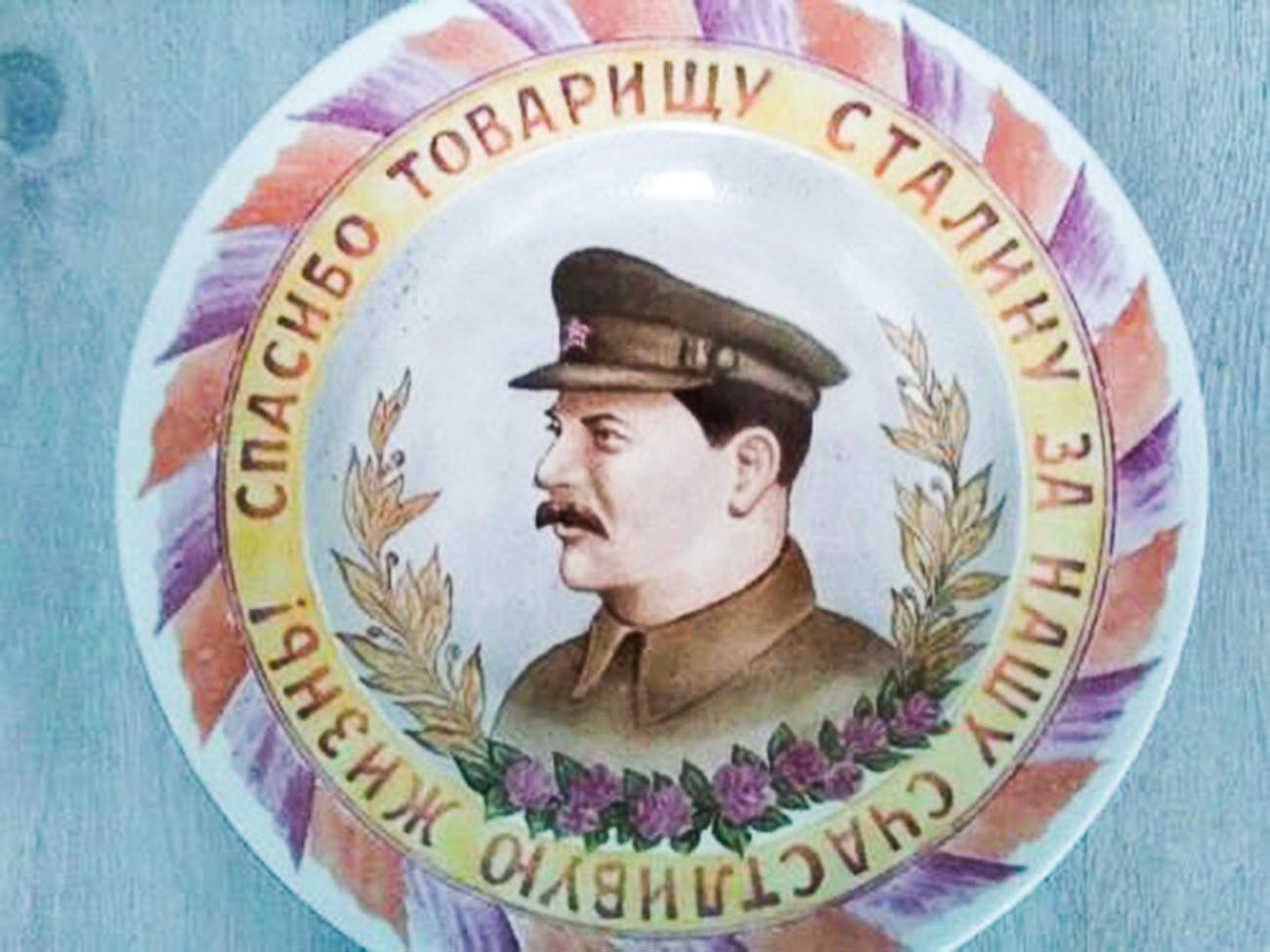