What happened to Stalin's descendants? 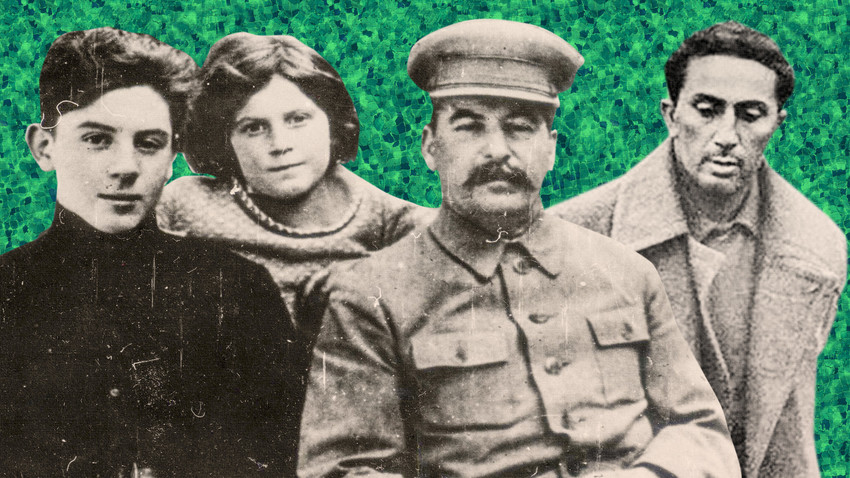 Getty Images; Global Look Press
The Soviet leader had two wives, three children of his own and one adopted child. His descendants had very different feelings about their controversial relative: some were proud of their kinship, while others tried to hide it.

Joseph Dzhugashvili (Stalin’s real name before he took his famous pseudonym - click here to find out more) was very close to his mother. She surrounded him with love, worked hard to provide for her son, and wanted him to become a priest. His father was a heavy drinker and often beat his son and wife. Some biographers see those childhood beatings as the root of the incredible cruelty that Stalin would later show both to his loved ones and to his people.

Unloved firstborn and a Stalinist grandson 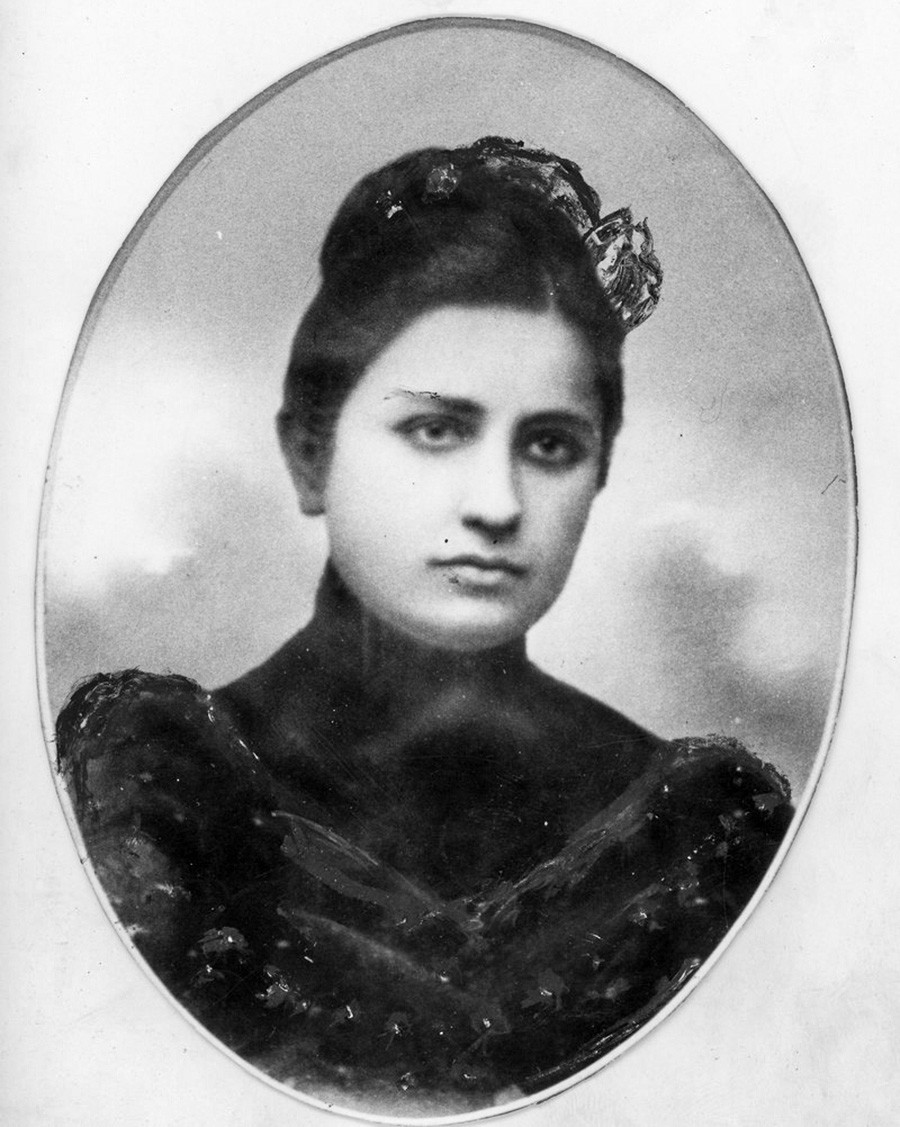 Stalin's first wife was a laundry woman and dressmaker called Yekaterina (Kato) Svanidze. The future "leader of the nations" loved her dearly, but at the age of 22 she died of typhus. Biographers believe that her passing broke Stalin. Yekaterina's relatives recalled that during the funeral, he lost his mind and jumped into the grave after the coffin carrying his beloved Kato.

After her death, Stalin threw himself into revolutionary work, while his eight-month-old son Yakov Dzhugashvili was left with Yekaterina's aunt. Yakov saw his father next only at the age of 14, when he moved from Georgia to join him in Moscow. But they did not get along. Stalin already had a new family - he had married Nadezhda Alliluyeva. Historians believe that Yakov reminded Stalin of his beloved Kato, and this irritated him. Things were not helped by the fact that Yakov could hardly speak Russian, was shy and taciturn. 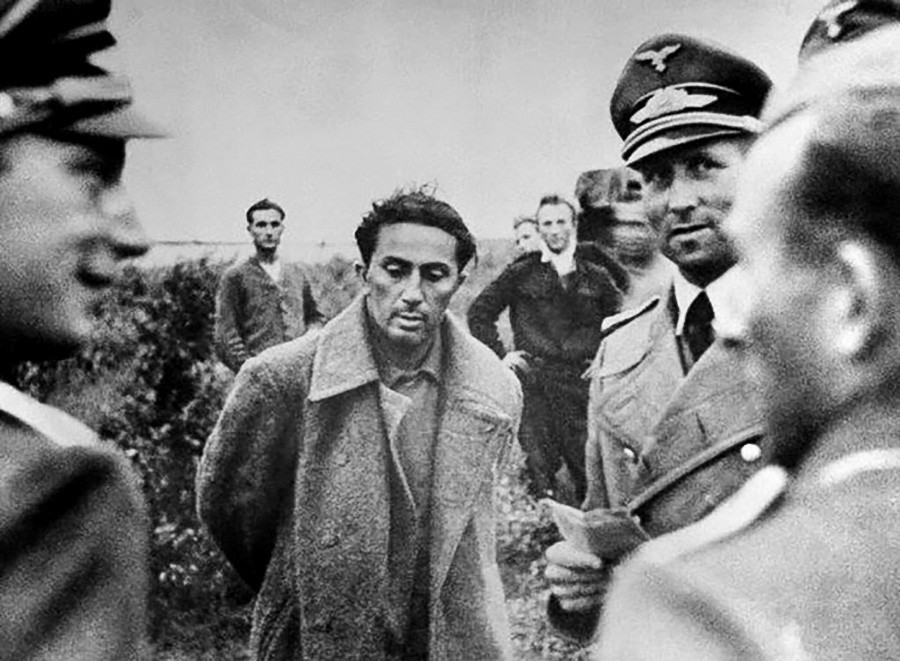 Yakov married young, choosing a priest's daughter for his bride. Stalin was against the match. After Yakov's unsuccessful suicide attempt, his father began to despise him and didn’t want to have anything to do with him anymore. When World War Two began, Stalin insisted that Yakov sign up to go to the front, and already in August 1941 his son was taken prisoner, after which he spent two years in concentration camps. According to one version, the German leadership offered Stalin to exchange Yakov for the captured Field Marshal Paulus, to which Stalin supposedly uttered the legendary phrase: "I am not swapping a soldier for a field marshal." Yakov died in the camp, and the circumstances of his death remain unclear. Click here to read more about Yakov's life story. 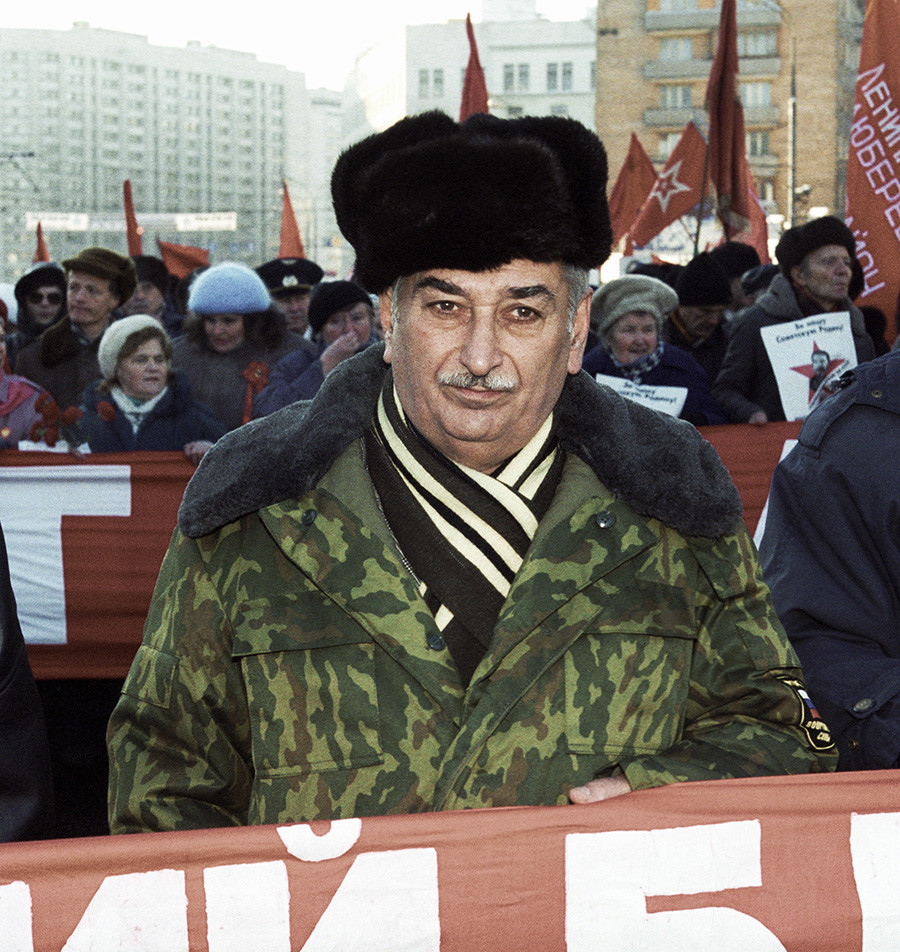 Yakov had three children by three different women. The daughter born by his first wife died in infancy, but his other two children survived to adulthood. In 1936, he had a son, Yevgeny Dzhugashvili, born by his common-law wife Olga Golysheva (a friend of Stalin's wife Alliluyeva). He became a military historian, participated in numerous documentaries about Stalin, and was an ardent Stalinist. 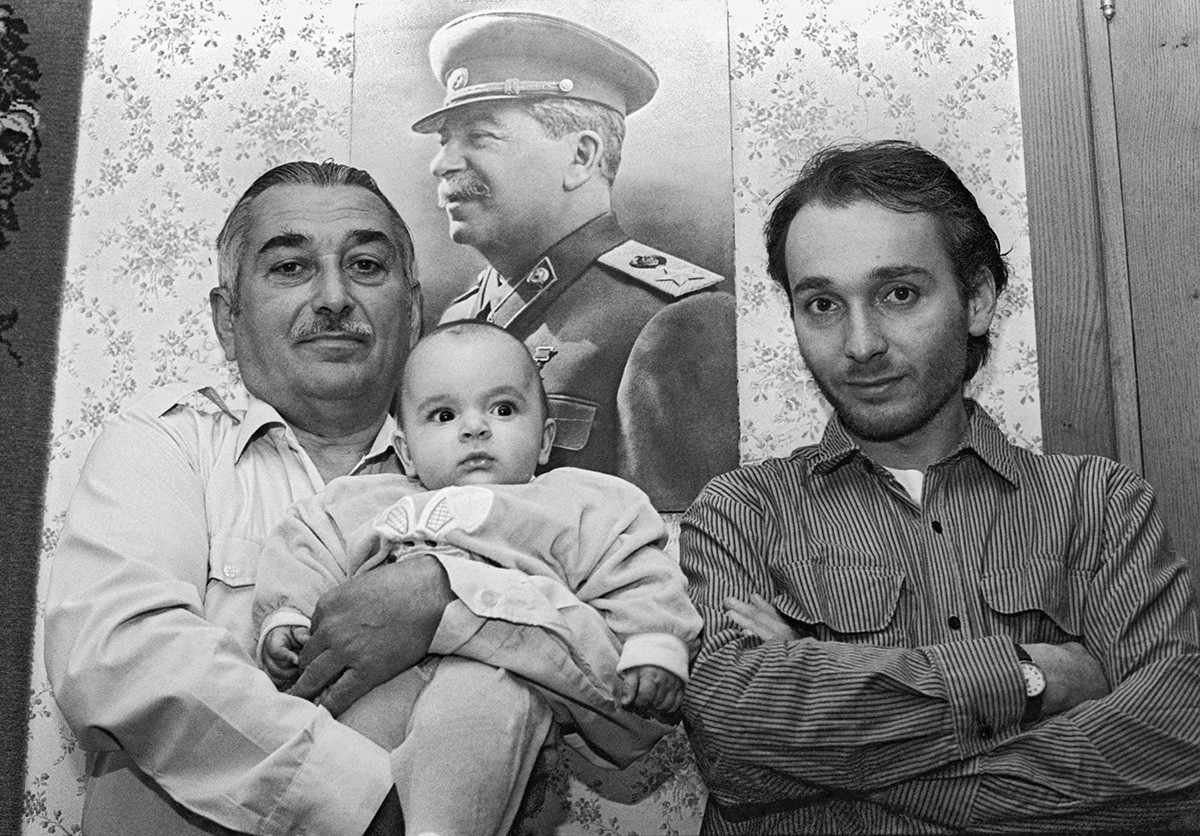 Yevgeny lived in Moscow and died in 2013. He had two children - VissarionDzhugashvili (born in 1965) and YakovDzhugashvili (born in 1972). Little is known about them. They are both living. Vissarion is a director and reportedly lives in the United States, where he had been granted political asylum after he was beaten up in Georgia. 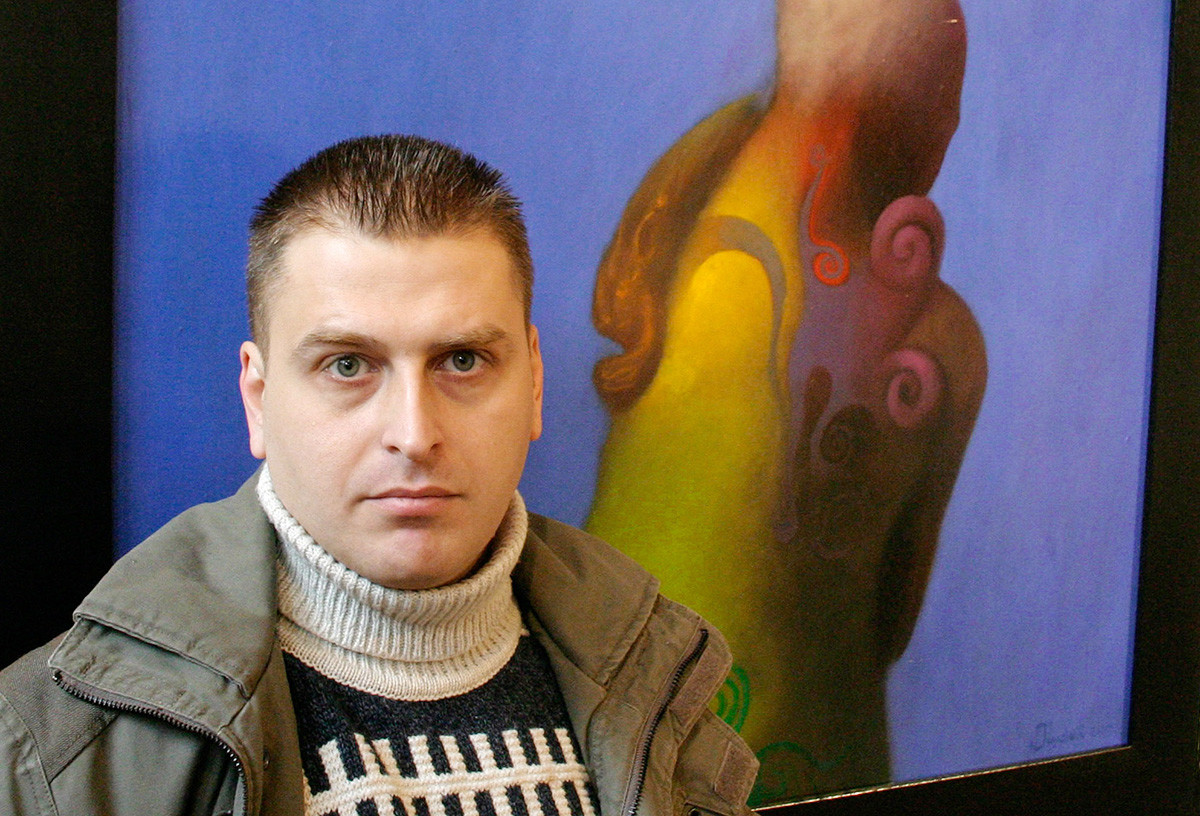 Stalin's great-grandson artist Yakov Dzhugashvili at the opening of his personal exhibition in Tbilisi.

Yakov is an artist and lives in Georgia. In 2006, Yakov asked Vladimir Putin to investigate the circumstances of his great-grandfather's death since he believed that Stalin had been killed by his political opponents. 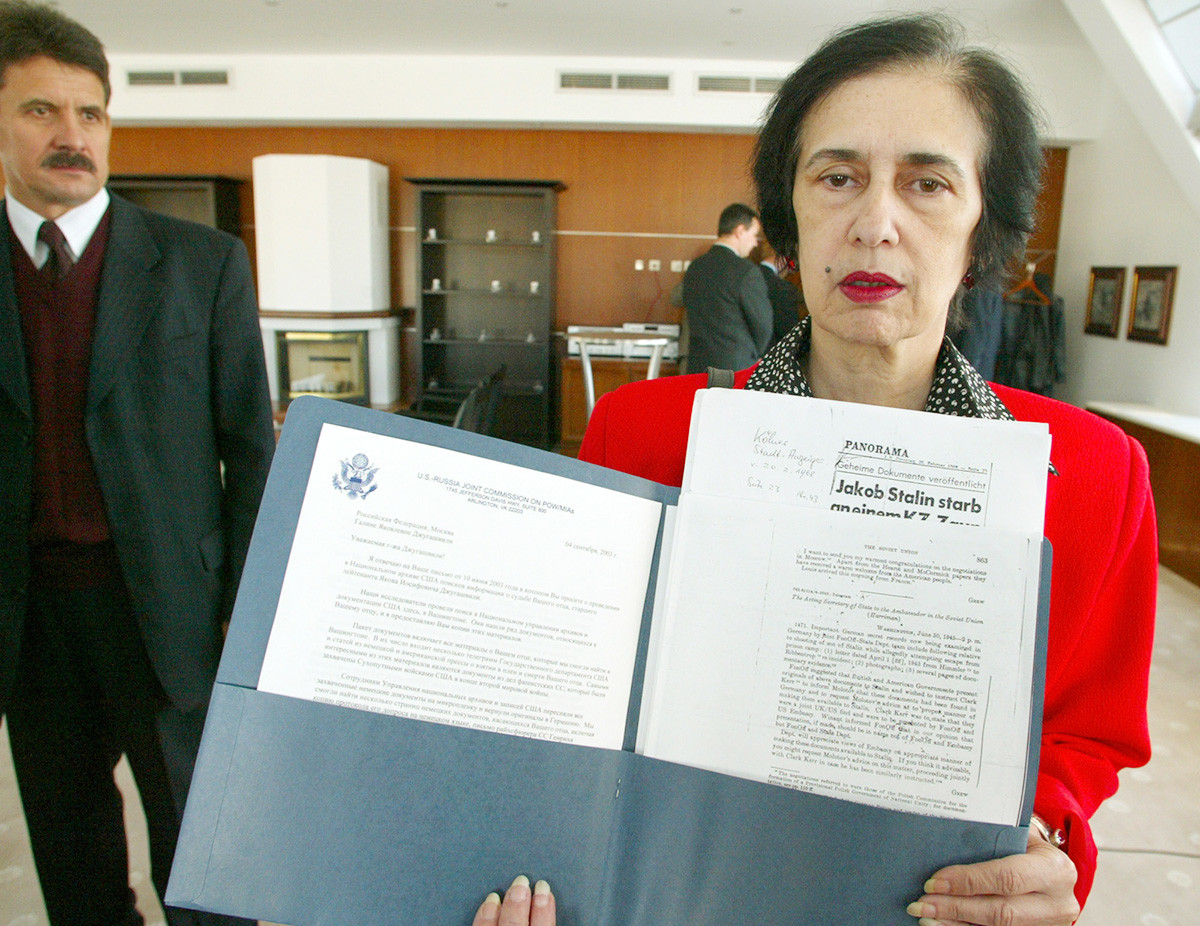 In 1938, Yakov had a daughter, Galina Dzhugashvili, with his new wife, ballerina Judith Meltzer. She grew up to become a linguist and an expert on Algerian literature, and married an Algerian national, Husein ben Saad, a UN official. Galina wrote a book of memoirs about her family called The Granddaughter of the Leader. She died in 2007. She had a son, born in 1971, Selim Bensaad. He still lives in Moscow in his grandfather's apartment. 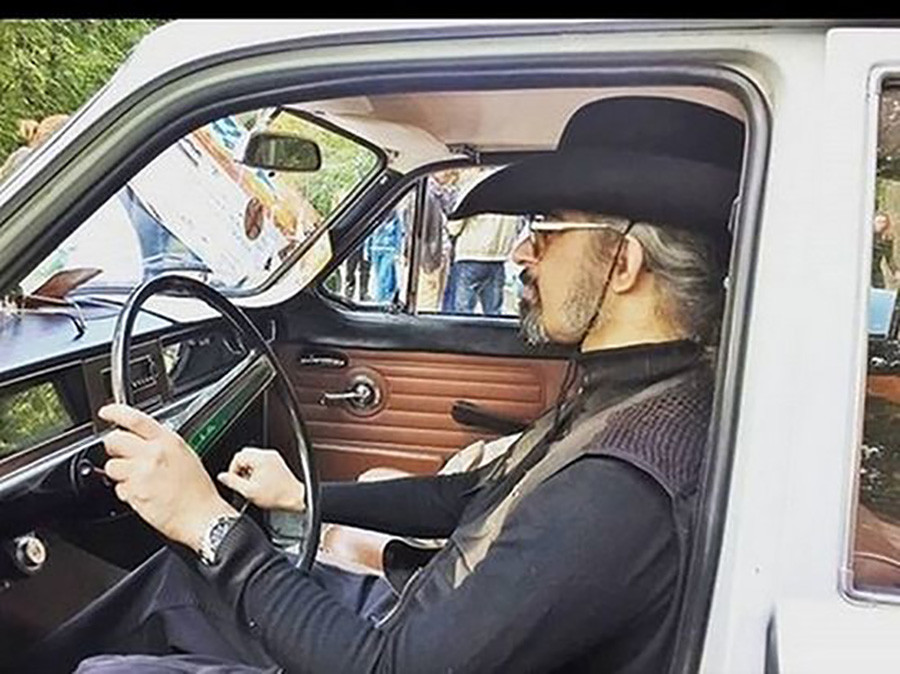 Vasily Stalin and his numerous offspring

In 1918, the 40-year-old Stalin married the daughter of a fellow revolutionary, 17-year-old Nadezhda Alliluyeva. In 1921, they had a son, Vasily. 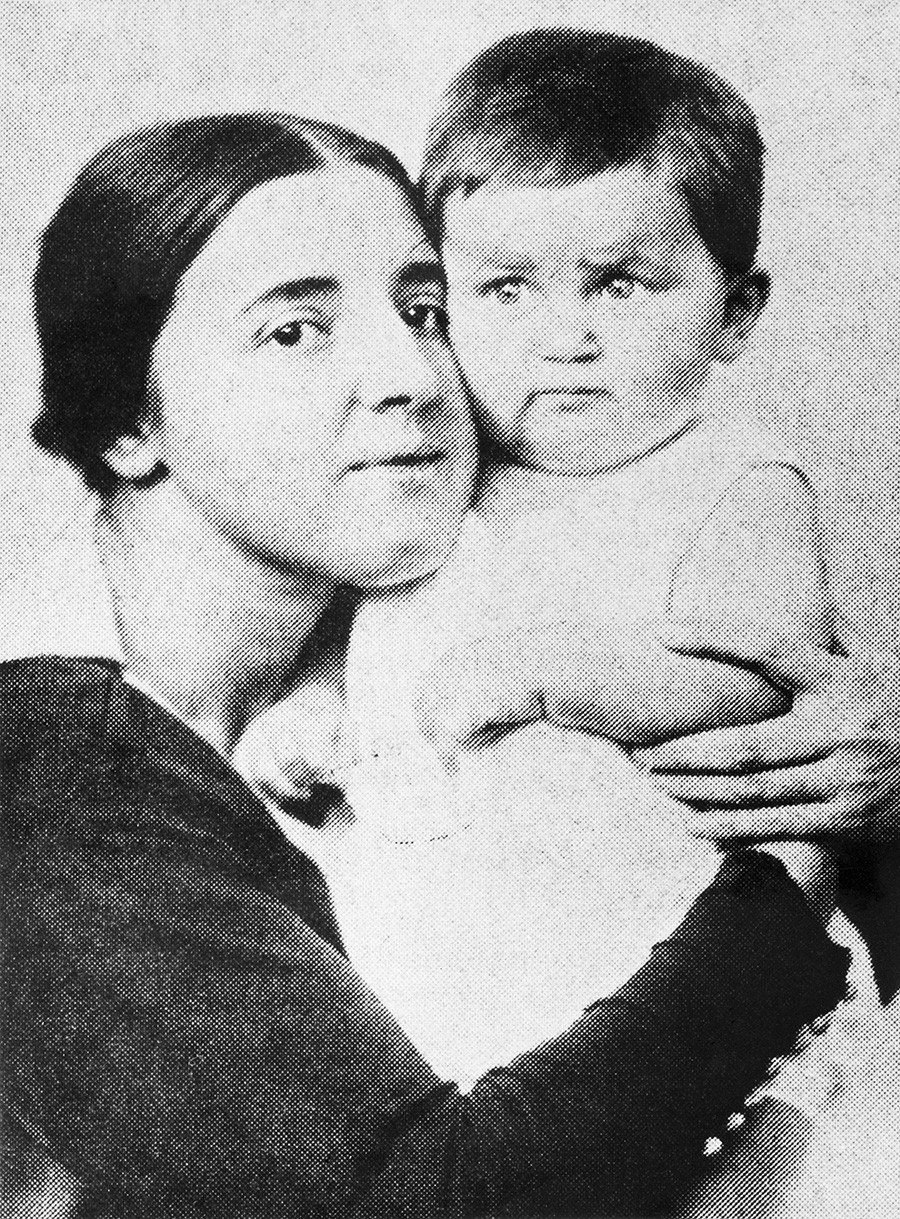 He became a pilot, an Air Force general, and an influential man. Unlike Yakov and his children, Vasily officially bore the surname Stalin. However, after his father's death, Vasily's fortunes turned - he was fired from the armed forces, imprisoned, and later exiled to Kazan and banned from living in Moscow. He was even forced to change his surname to Dzhugashvili. Vasily drank a lot and, according to official reports, died of alcohol poisoning (although his last wife doubted this theory). 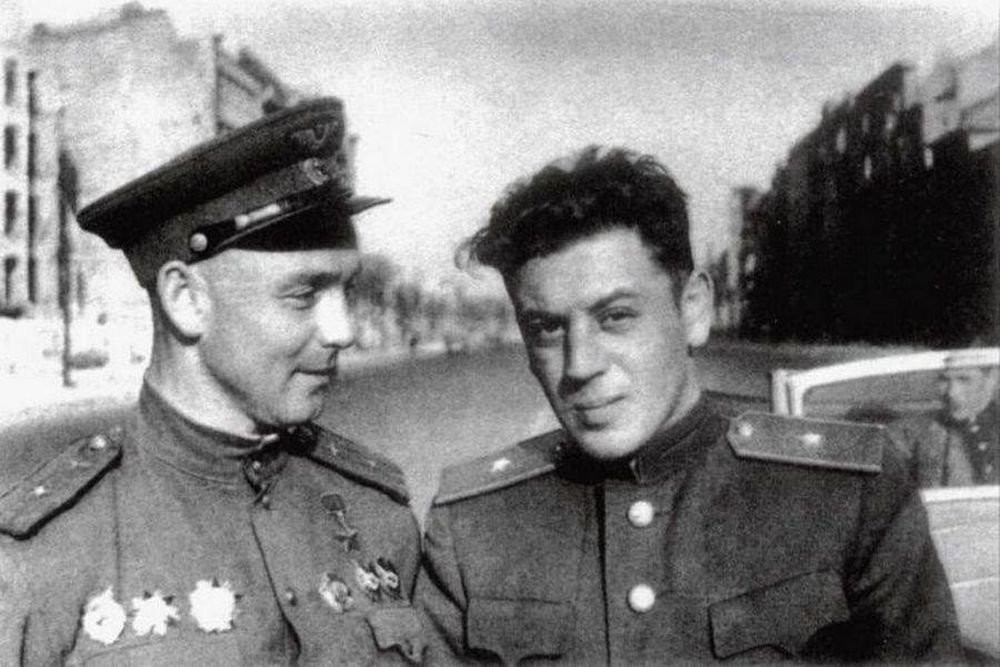 Vasily had four children, and almost all of them bore the surname Stalin. Little is known about them. His granddaughter Anastasia, the daughter of Vasily's daughter, Nadezhda, is still living. In addition, Vasily adopted the daughter of his third wife and the two daughters of his fourth wife – all of them had the surname Dzhugashvili.

The most famous of Vasily's children was his son Alexander Burdonsky (1941-2017), a director and an actor. He was the only one to take on a different last name to be able to pursue an artistic career, and spent many years working in Moscow theaters and teaching. 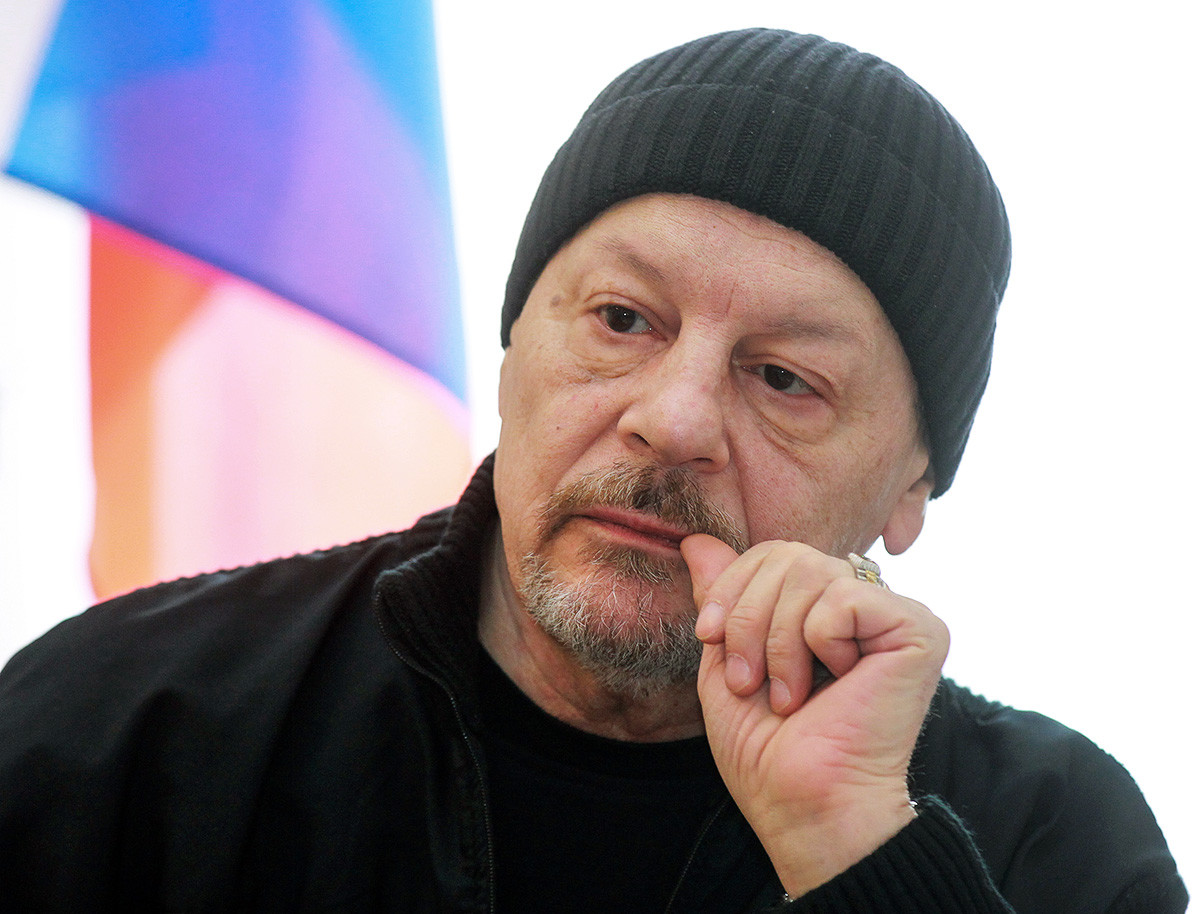 According to some sources, when he was young, Alexander felt antagonistic towards his grandfather, but later he grew to "realize the scale of his personality". At the same time, he criticized the "fanatical" attitude towards Stalin that his cousin Yevgeny (Yakov's son) had, who denied the crimes their grandfather had committed. Alexander had no children. 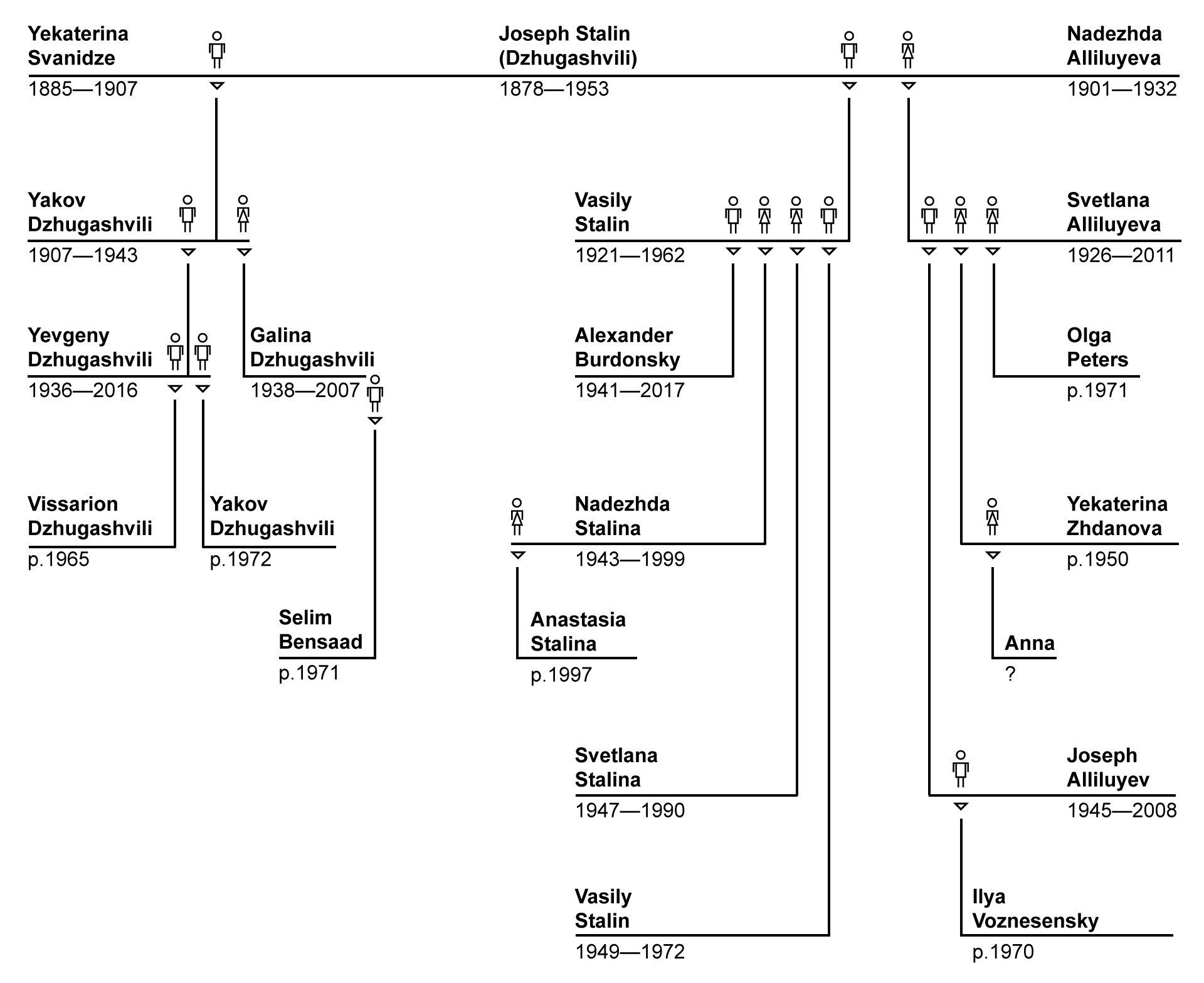 Favorite daughter Svetlana, who defected to the West

Stalin's second child by Nadezhda Alliluyeva was Svetlana, who took her mother's surname. She was born in 1926 and was just six years old when her mother committed suicide (read more here). 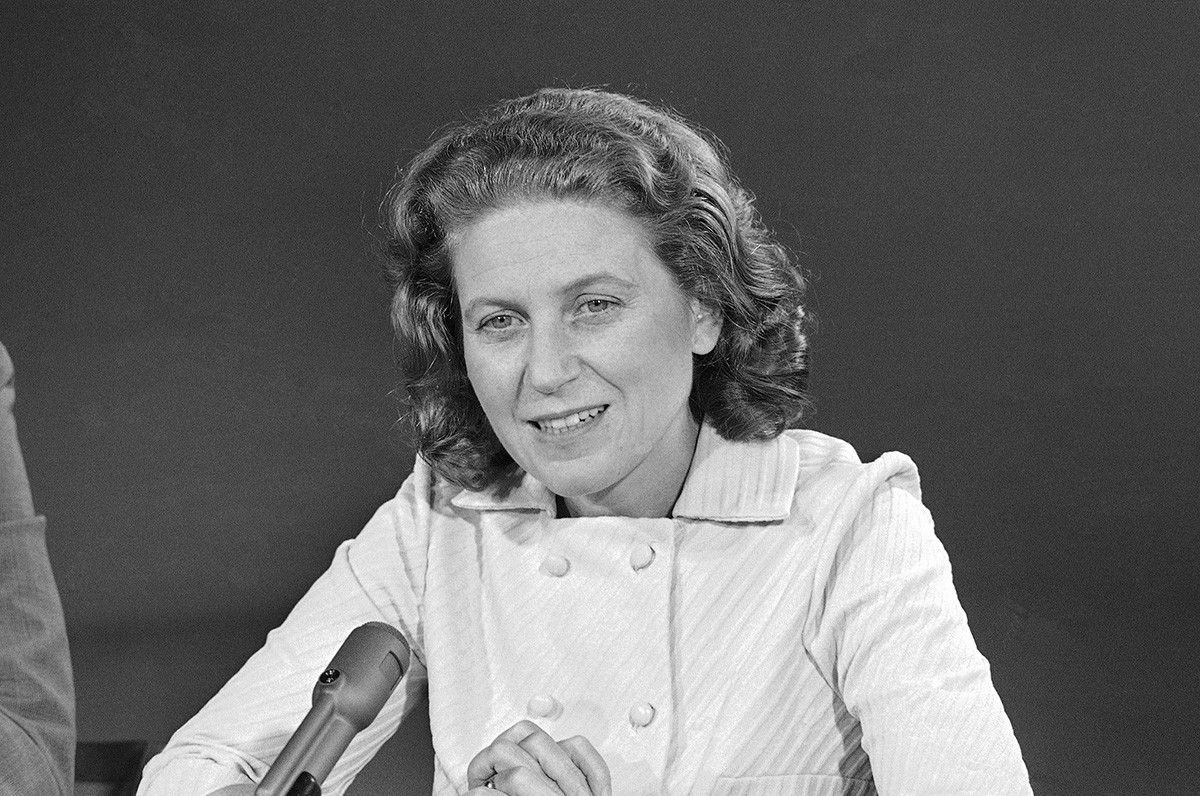 In 1967, Svetlana fled the USSR and settled in the United States, where she wrote a book about her family called Twenty Letters to a Friend, which she dedicated to her mother, trying to recreate her personality and relationship with Stalin from their friends' memories. The book became a bestseller and brought her a lot of money, which allowed her to lead a comfortable life in the United States until her death.

Svetlana had several husbands. Her early first marriage produced a son, Joseph Alliluyev (1945-2008), who became a cardiac surgeon. His son, Ilya Voznesensky, (born in 1970) is an architect. 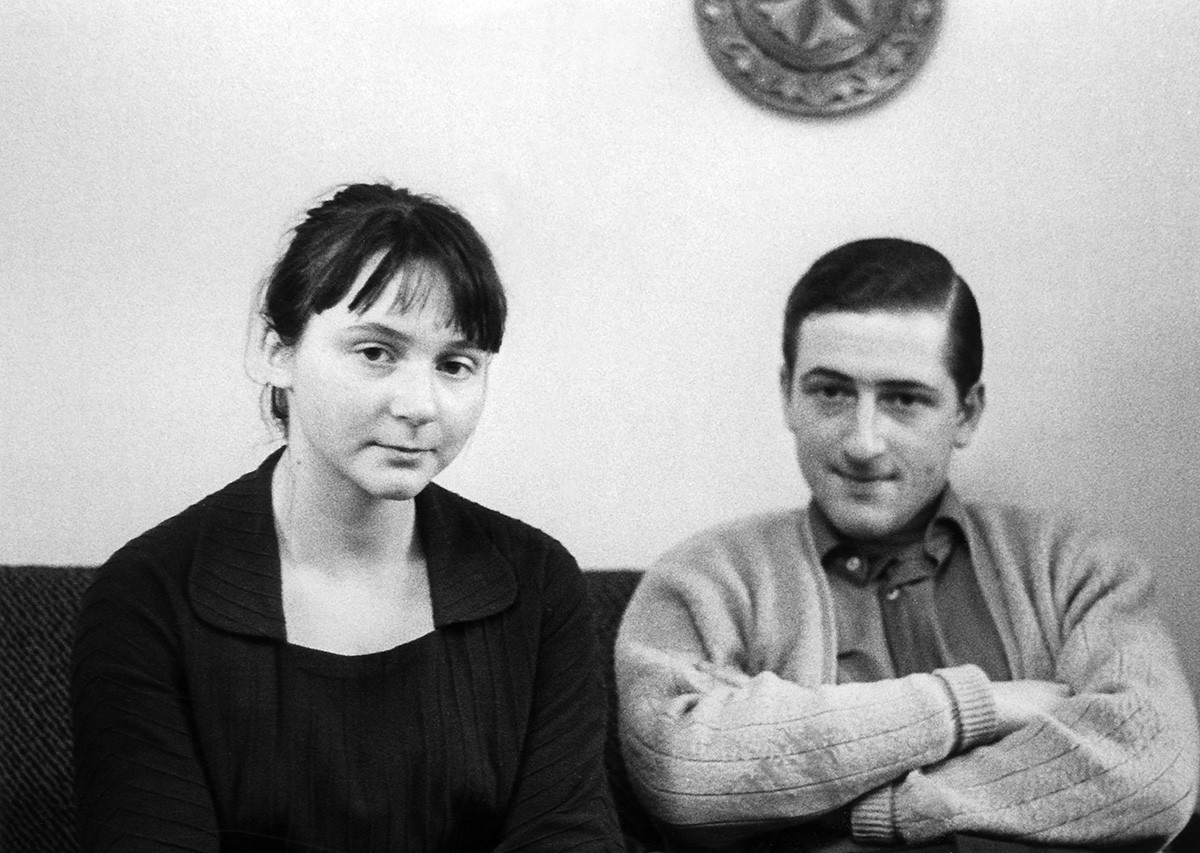 From her marriage to Yuri Zhdanov, she had a daughter, Yekaterina Zhdanova (born in 1950). When her mother emigrated, Yekaterina disowned her and severed all links, and she now lives in a village in Kamchatka working as a volcanologist. Yekaterina never talks to journalists and rejects any connection to Svetlana Alliluyeva. 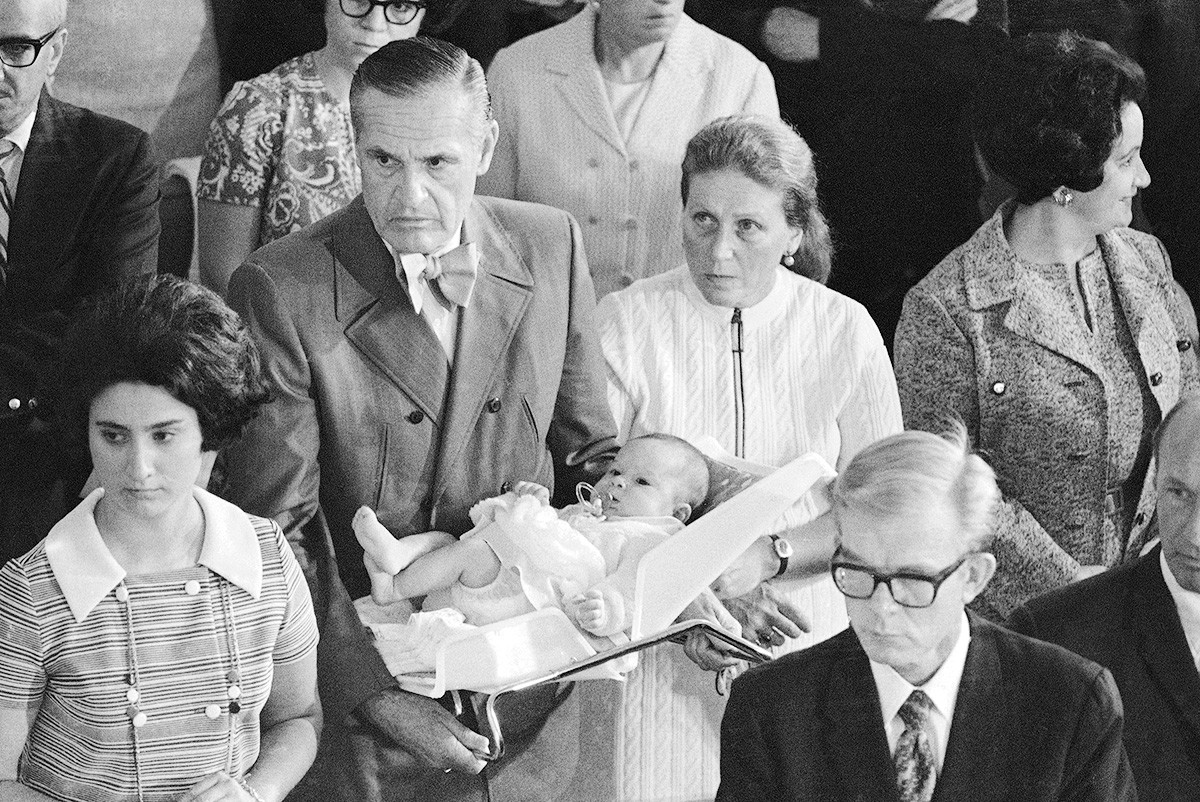 In the U.S., Alliluyeva married William Peters and gave birth to a daughter, Olga Peters (born in 1971), who later changed her name to Chrese Evans. In 2016, pictures of Evans dressed in punk style, and with tattoos and piercings, appeared online, causing much surprise among Russian users.