Why did Joseph Stalin take the name ‘Stalin’? 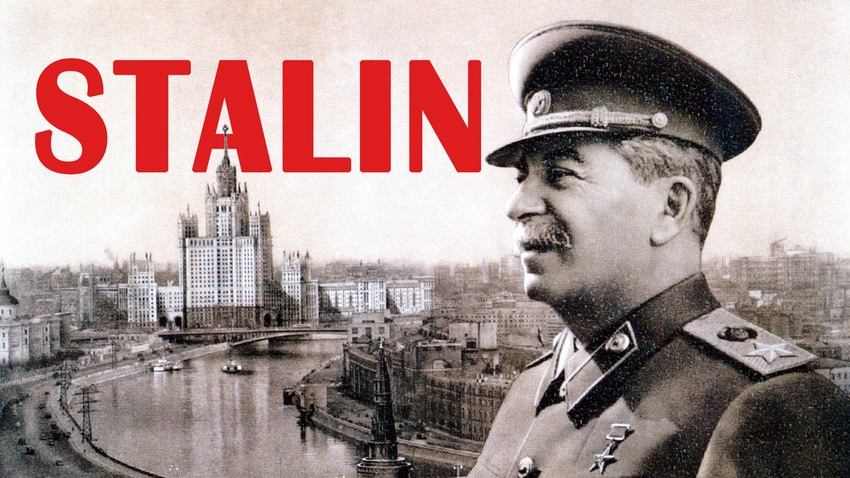 Getty Images; Russia Beyond
Joseph Dzhugashvili had a staggering 30-odd last names in the course of his life! But we know him mostly by his most famous one: Stalin. And its origins were shrouded in mystery until the Soviet leader’s death.

Joseph Dzhugashvili - a simple teenager from a poor Georgian family, enrolled in a seminary in 1894 and was on track to becoming a priest. But at the age of 15, he was introduced to Marxism, entered underground circles and began a different life. From that moment on, Dzhugashvili had been busy making up and using fictitious names. Years later, his most famous one would be known to the whole world, immortalizing the name ‘Stalin’ in history. How did it come about and what does the name actually mean?

Nicknames in Russia were quite a common occurrence, especially in intelligentsia and revolutionary circles. Every party member and underground Marxist had one, even several, that they used, constantly trying to throw the police off track (Lenin, by some accounts, had well over 100!). One common practice was creating pseudonyms from commonly used Russian names. 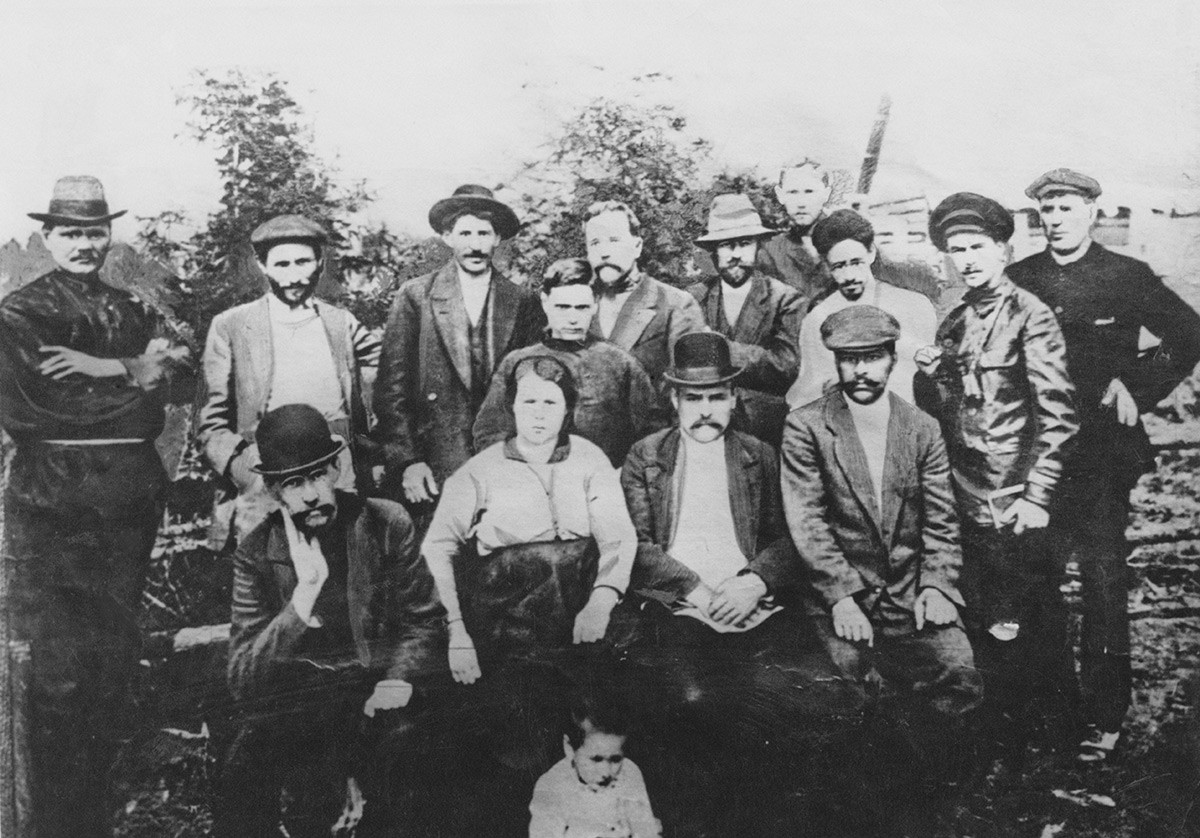 Joseph Stalin with a group of Bolshevik revolutionaries in Turukhansk, Russia, 1915.

“It was simple, devoid of all aristocratic pretence, understood by any worker and, most importantly, looked like a real last name,” historian Vilyam Pokhlebkin notes in his book ‘The Great Pseudonym’. For instance, once, during the registration process for the 4th Congress of the Communist Party, Dzhugashvili went for the nickname ‘Ivanovich’ (from the name Ivan). The same logic was used by Vladimir Ulyanov, whose famous name, ‘Lenin’, originates from the female name, Lena/Elena. And even those party members whose actual names already sounded salt-of-the-earth enough would still go with fictitious ones.

Perhaps, the second most widespread tradition was using zoologically-themed pseudonyms, often arising out of names of land animals, birds or fish. Such names were usually used by those wanting to emphasize their individuality. And, finally, there were the Caucasians - the Georgians, Armenians, Azerbaijanis and others - who were a special case, owing to their scant regard for conspiralogical guidelines, such as by using names with a Caucasian tinge. ‘Koba’ was Dzhugashvili’s most used party moniker before 1917, his most famous after ‘Stalin’.

The name is, actually, very symbolic for Georgia. A theory abounds among Stalin’s foreign biographers that it originates from the name of the protagonist in the Georgian novel ‘Father Killer’ by Aleksandr Kazbegi. In it, the fearless Koba, a highland peasant, leads the fight for the independence of his homeland. The young Stalin is thought to have really taken to that image, although it should be noted that the fictional Koba’s name is itself a moniker. 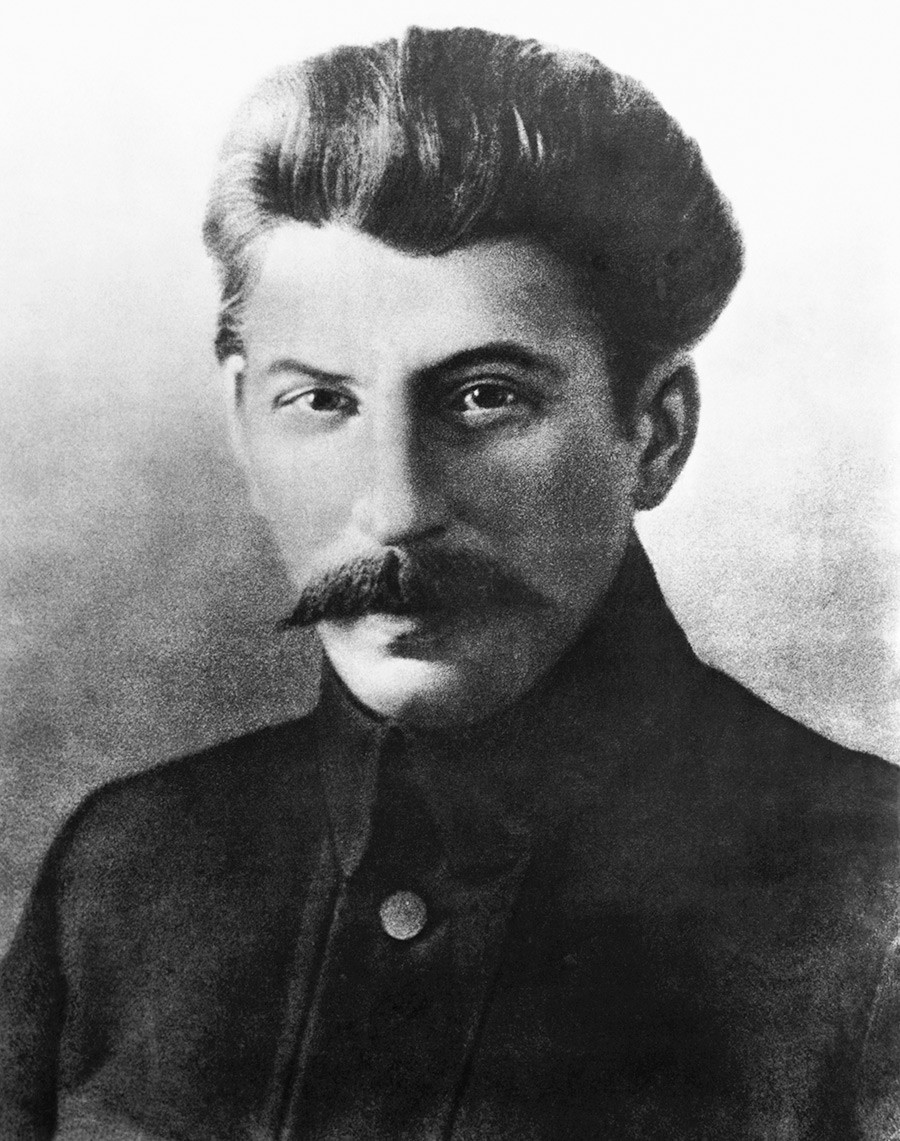 Koba is the Georgian equivalent of the name of the Persian King Kobades, who conquered Eastern Georgia in late 5th century, making Tbilisi the capital for 1,500 years to come. This precise historical prototype - as a political figure and statesman - appealed to Dzhugashvili much more. Even their biographies share some notable similarities.

However, in 1911, the political situation dictated that the name be changed. Dzhugashvili’s activities began to stray far outside the Caucasus, his ambitions and ties to Russian party organizations grew and Koba was only really useful in his native region. A different linguistic and cultural environment demanded an adjustment. And thus, in January 1913, the world was introduced to ‘Stalin’, who signed it under his work, “Marxism and the National Question”.

How did the name ‘Stalin’ originate?

The answer to that question was unknown for a long time. During his lifetime, details of Stalin’s life were forbidden for discussion or even a faint hypothesis, let alone research. Everything concerning “the leader of the peoples” was the work of the Institute of Marxism-Leninism, which contained the Joseph Stalin Foundation that, in turn, classified and stored the information. No outside research was carried out during his life. And even after death, not a lot of it was discussed, due to the backlash against Stalin’s cult of personality, which impeded any thorough research.

Nevertheless, already after the Revolution, in the early 1920s, an opinion circulated that ‘Stalin’ was just a Georgian-Russian translation of the root of his Goergian last name - ‘Dzhuga’. The truth seemed very trivial. It was this version that ended up being mentioned in a lot of the literature. The issue of the origin was, for a time, considered to have been put to rest. 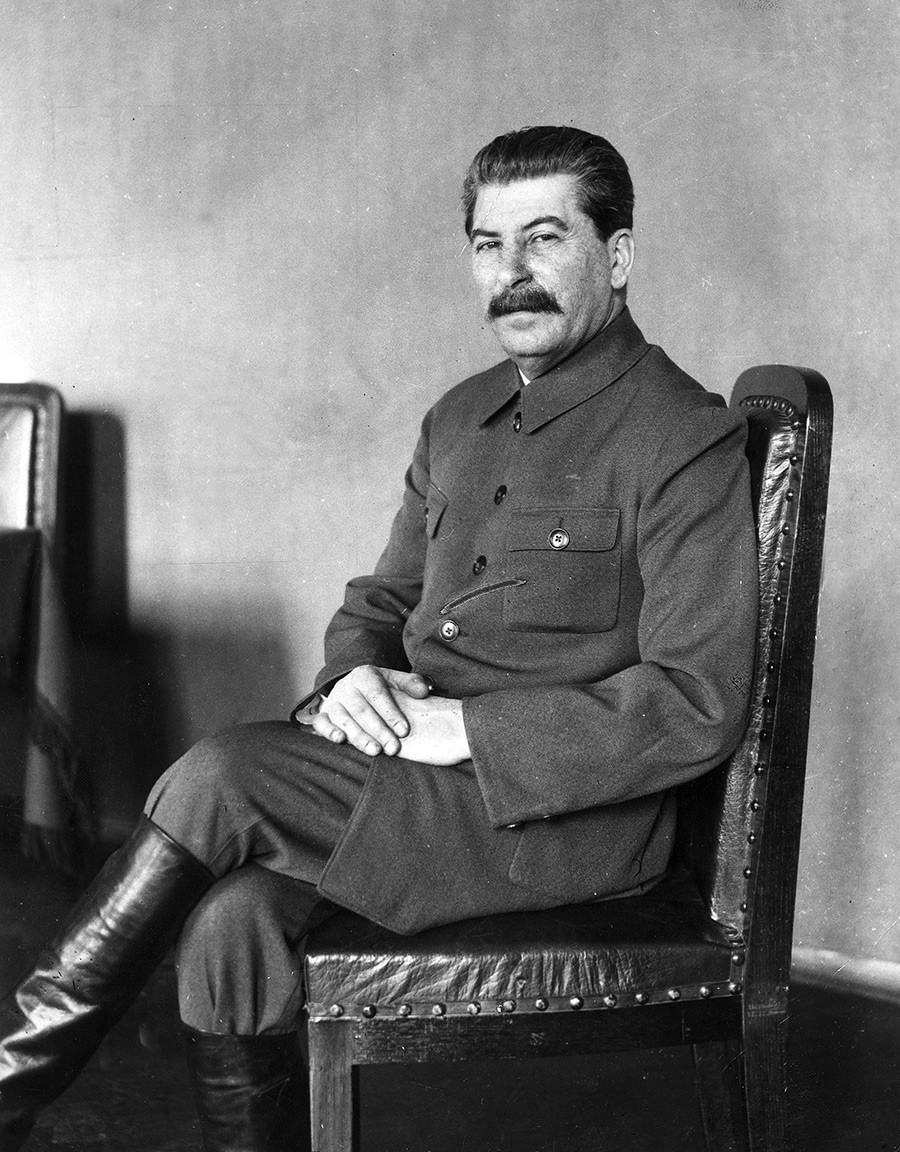 It later transpired that the story was a hoax, or, more precisely, something that originated out of mistaken interpretations, including among the Georgians. In 1990, Goergian writer and playwright Kita Buachidze, who was a former prisoner of Stalin’s gulags, had this to write: “‘Dzhuga’ does not mean ‘steel’ at all. ‘Dzhuga’ is a very ancient pagan Georgian word with a Persian tinge, most likely having spread in the period of Iran’s dominion over Georgia and its meaning is simply a name. Like many other names, its meaning is intranslateable. A name like any other, like the Russian Ivan. It follows that Dzhugashvili is simply ‘the son of Dzhuga’, nothing else.”

So, it turns out that Stalin’s nickname had nothing to do with his real last name. When that became obvious, other versions started to appear. Among them is one about Stalin having borrowed the name from a female comrade and lover, Lyudmila Stal. Another posits that Dzhugashvili simply wanted something to sound as close to ‘Lenin’ as possible.

But the most curious hypothesis was put forth by Pokhlebkin, who dedicated a piece of scientific research to it. According to him, the prototype of the name comes from Evgeniy Stefanovich Stalinsky - a liberal journalist and a prominent Russian publisher, who was also the translator of the Shota Rustaveli poem ‘The Knight in Tigerskin’. Stalin adored the poem and was enchanted with Rustaveli’s creative output (the Bolshoi Theater was chosen as the location of the lavish celebration of the poet’s 750th birthday in 1937). However, for some reason, Stalin ordered the concealment of one of the best editions. Stalinsky’s multi language edition of The Knight was confiscated from exhibits and all but erased from history by not being mentioned anywhere. The historian believes that “Stalin, having ordered the concealment of the 1889 edition, really sought to conceal the secret behind his choice of pseudonym”. It turns out then that even the “Russian” name is actually closely tied with Georgia and with Dzhugashvili’s memories of youth.