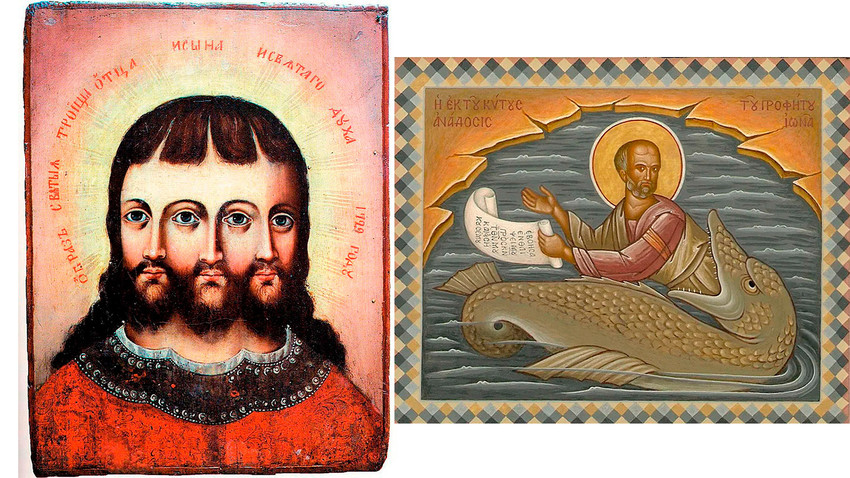 Public Domain
Russian Christians worshipped and continue to worship a number of curious icons. A few of them even had to be banned, as they were simply too distressing to look at!

The Holy Virgin with 3 hands 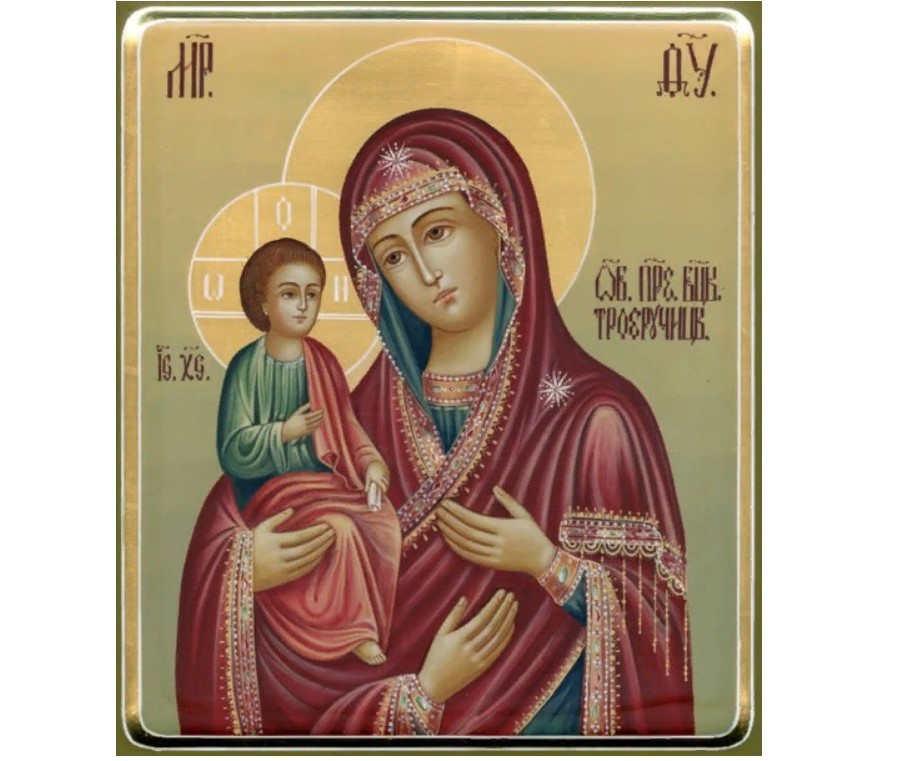 The name speaks for itself: the Virgin Mary is depicted with three hands. According to legend, the story behind the creation dates back to the eighth century in the Byzantine Empire and talks of an episode in the life of the holy monk John Damascene (or John of Damascus).

John lived in Syria and hailed from a noble Christian line. He was a famous statesman in the Caliphate. This was right around the time of the iconoclasm - a movement sanctioned by the government to combat the culture of icon worship, as well as any other religious symbology. As a devout Christian, John did not stay on the sidelines and sent a letter of protest to Emperor Leo III. Word of John’s complaint quickly spread, making Leo III incredibly mad, albeit unable to do anything about his Syrian subject.

And so, the plan to frame John Damascene was hatched. A letter with his name was sent to the emperor, containing a plea to attack Syria in order to rid it of the Caliphate.

The fake letter ended up with the Caliphate, which led to the order of taking John’s hand as punishment. The severed hand was displayed in Damascus’s main square as a warning. The framed monk prayed before an image of the Holy Virgin all through the night, and, miraculously, the hand allegedly reappeared. Soon, according to religious accounts, the first icon of the Holy Virgin - complete with a third, silver hand - first appeared. In time, others continued the trend, simply painting on the extra hand.

The saint with the head of a dog 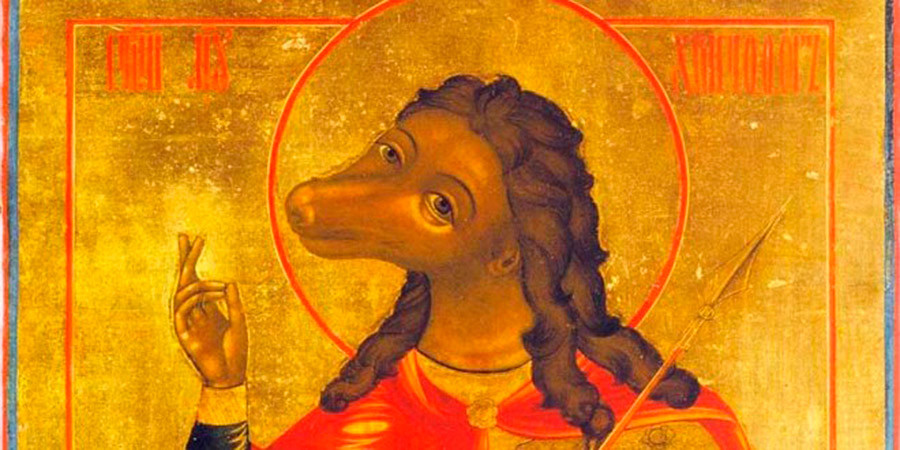 This icon, depicting the image of Saint Christopher, was banned in the 18th century by order of the Holy Synod as “unnatural”. In other words, the holy man with the head of a dog looked too freakish. Icons bearing his likeness were systematically destroyed, but a small few survived to this day. Russia’s Old Believers, for instance, continue to worship the icon of Cynocephalus Saint Christopher.

There are a number of versions as to the origins of the 3rd century martyr’s depiction. One theory posits that he suffered from a rare form of genetic mutation - hypertrichosis, which leads to the body almost entirely being covered with hair. Another states that he received the honor of being depicted this way, because of a fiery, animalistic temper, or that his nickname - ‘Canaanite’ - was mistranslated. An even more ridiculous account holds that Christopher hailed from the tribe of “dog-headed” people, whose descriptions we’ve been finding since ancient times.

Whatever the case may be, after the ban on the dog-headed likeness, Christopher began to be depicted as a regular human.

The icon with many faces 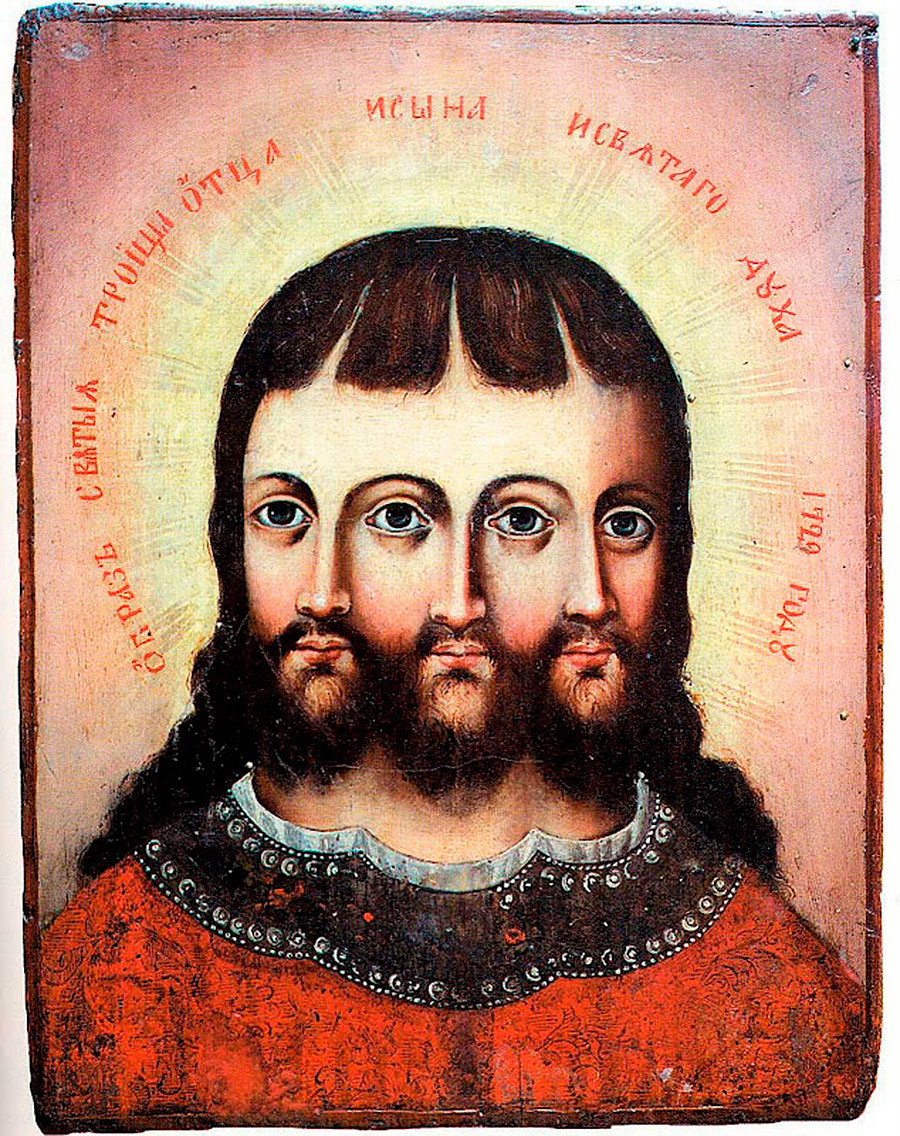 The three-headed Christ, perhaps, had the worst fate of all of the icons. The Roman-Catholic Church condemned such depictions a century earlier than the Orthodox Church did. “Non-canonical and ugly” is how the Holy Synod referred to the icon in 1764. However, select corners of the country were slow to receive the news and the three-headed Jesus was still for a while a common site in churches.

A single head, three faces, four eyes - this frightening depiction was just one among many depictions of the dogma of the Holy Trinity (the Father, the Son and the Holy Spirit). Traditionally, the trinity was depicted as three identical figures with the faces of Christ, but the idea mutated over time. Some icons depict the Trinity as having a single body, but three heads, all with the same face. 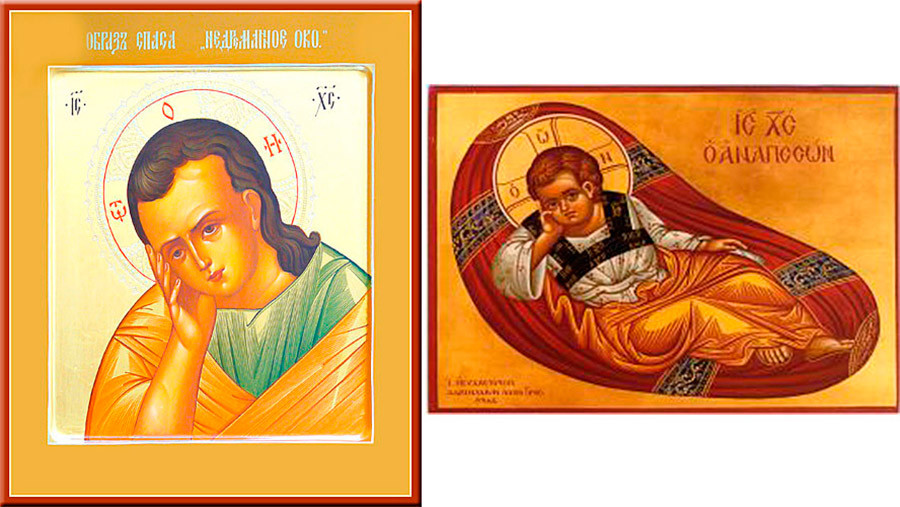 For those unfamiliar with the ‘Spas Nedremannoe Oko’ icons - it’s quite an interesting exemplar. On it, Jesus is depicted as a young man that either props his face up from boredom, or looks ready to have a nap.

In actuality, Jesus is already asleep, but he’s sleeping with open eyes, which is an allusion to the lion, which was thought in medieval times to sleep in this manner. The depiction has very few known roots - only a few short lines in the Bible, where Jesus is referred to as the ‘Lion of Judah’ (“a brave man”). In iconography, the image first appeared in the Byzantine Empire, before making its way to Russia.

In the pit of a whale 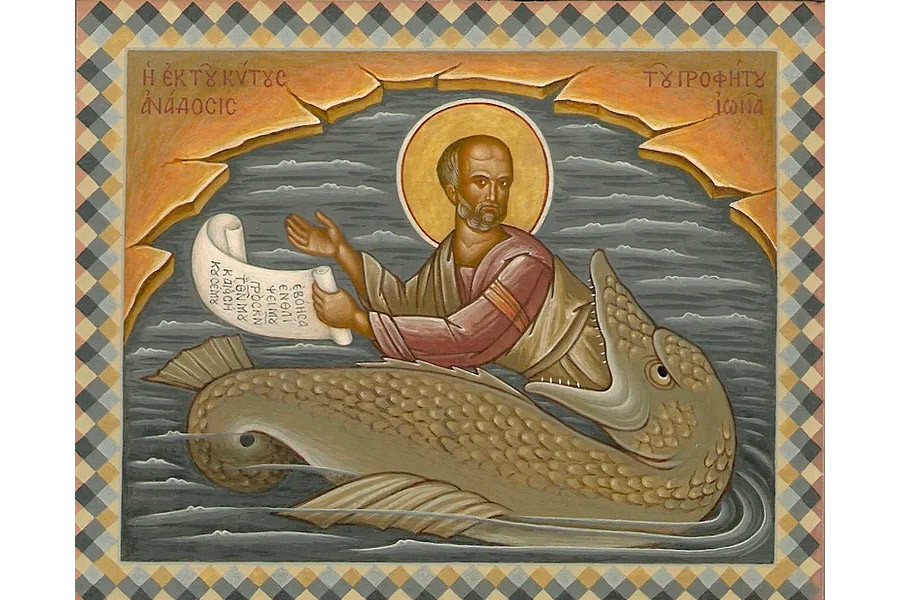 This is a very rare icon, depicting one of the Old Testament stories. The Lord called upon Prophet Jonah to travel to the Assyrian city of Nineveh, to spread faith to its sinful population. However, Jonah did not wish to fulfill God’s will and decided to simply set off on a journey of his own. Divine wrath then came to Jonah in the form of a whale, swallowing the prophet whole during a storm. In the end, God forgave Jonah, who subsequently converted many souls to Christianity. The icon depicts the moment of the prophet’s liberation.