What could the Lenin Mausoleum have looked like instead? (PHOTOS) 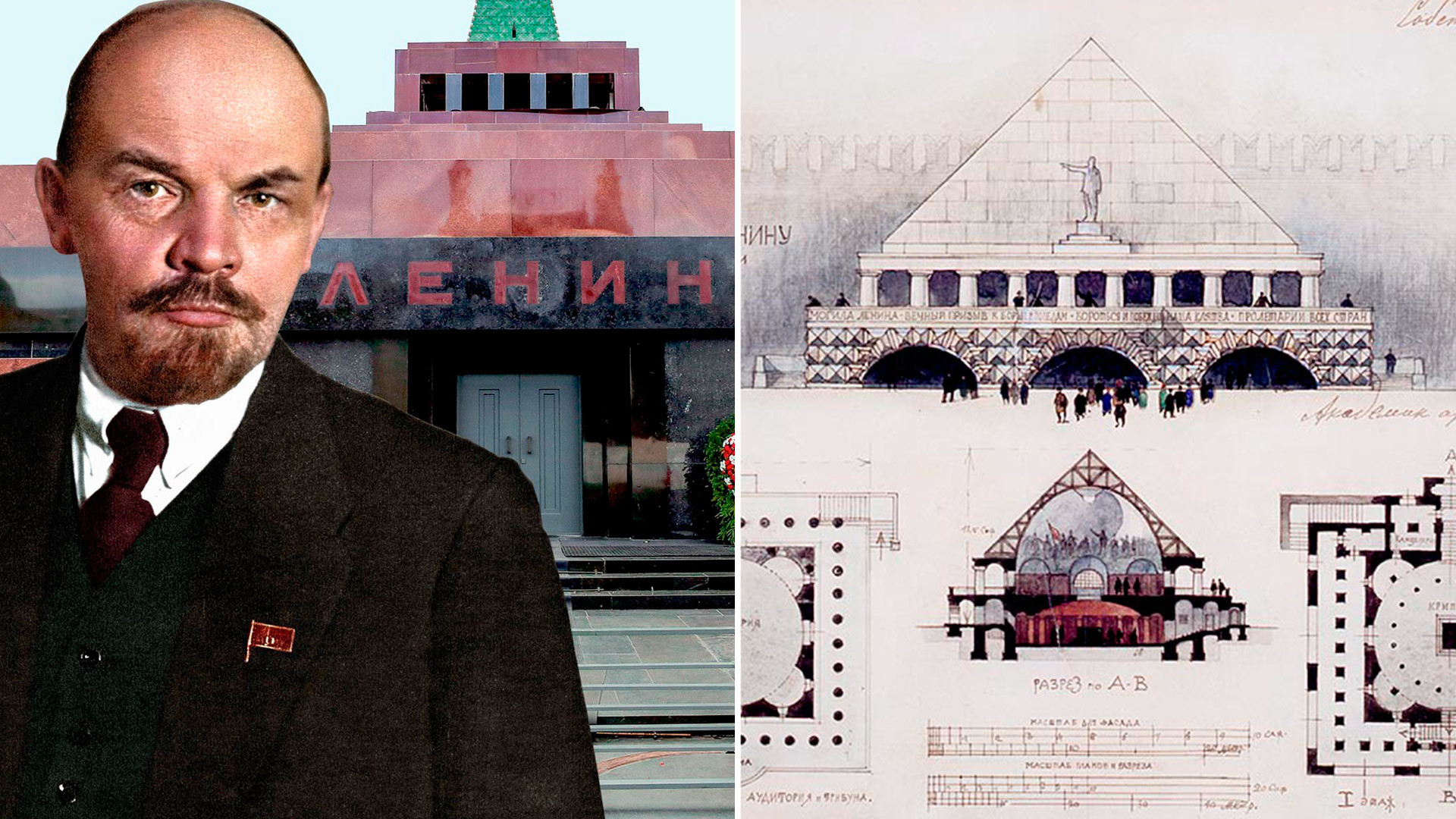 Archive photo; Moskva agency; Public Domain
After the death of the Russian Revolution leader, the government announced an all-Soviet contest to create the best mausoleum on the Red Square. We’ve highlighted some of these ambitious ideas of 1925!

1. In late 1923, at a Politburo meeting (the Soviet Government), a question on the revolutionary leader Vladimir Lenin’s embalming, who’s health was getting worse every day, was raised. And by the time of his death in January 1924, the first mausoleum had already been erected out of wood on the Red Square. 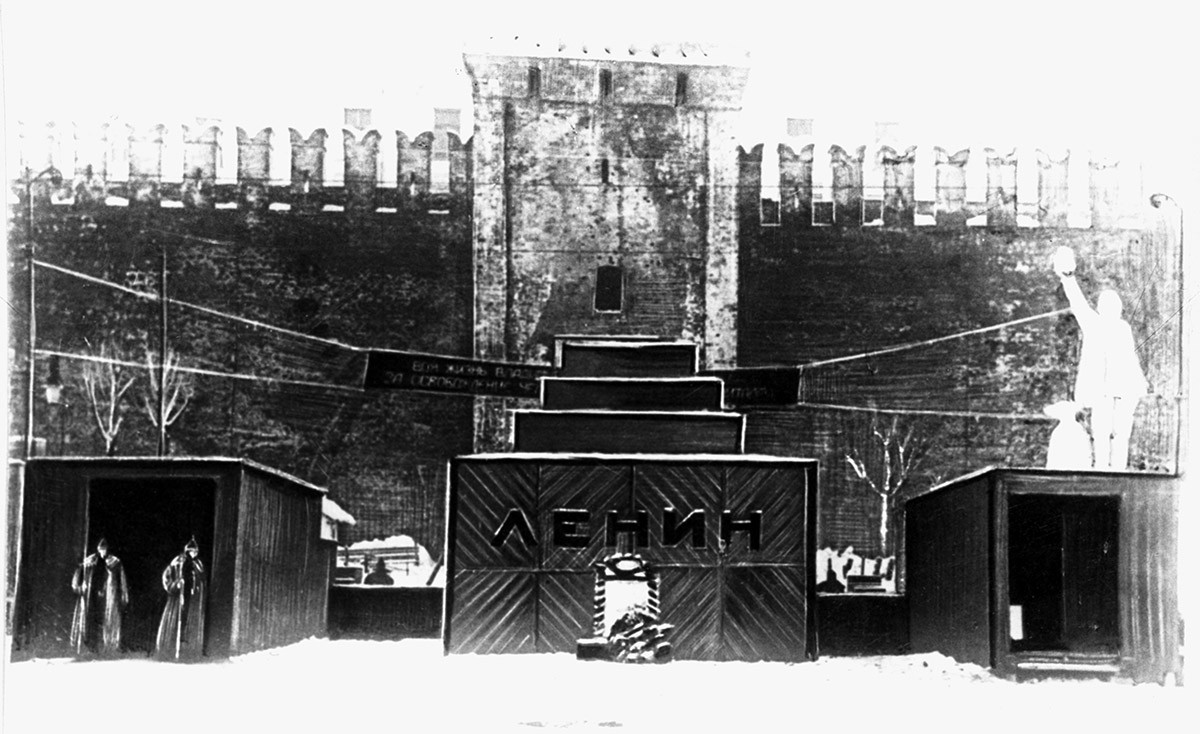 2. It was designed by famous Soviet architect Alexei Scshusev in the shape of a square base, headed with a pyramid. In spring 1924, two side-stands were added. 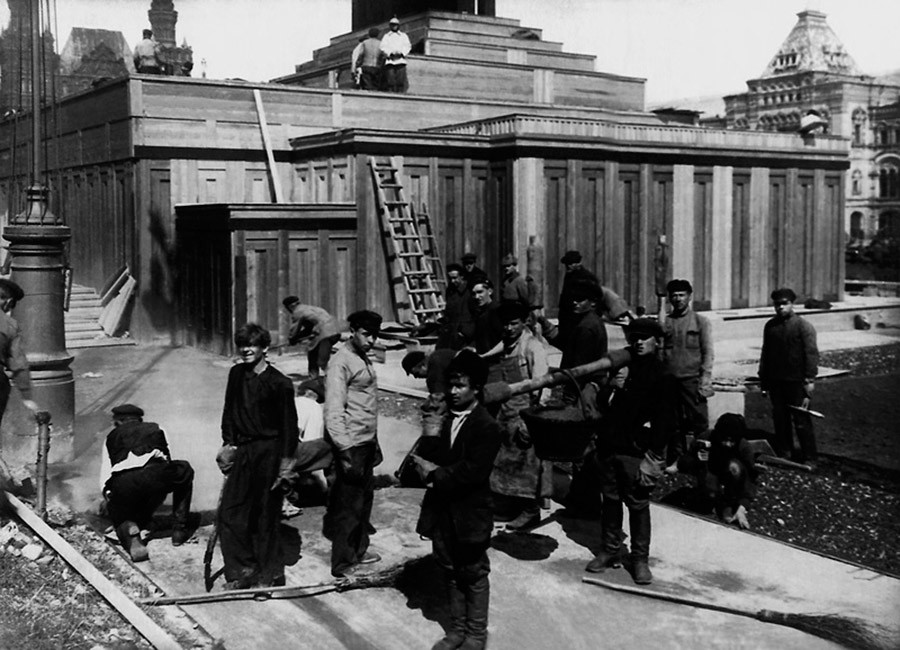 3. In 1925, however, an all-Soviet contest among architects was announced to see who could come up with the best mausoleum project for Lenin. 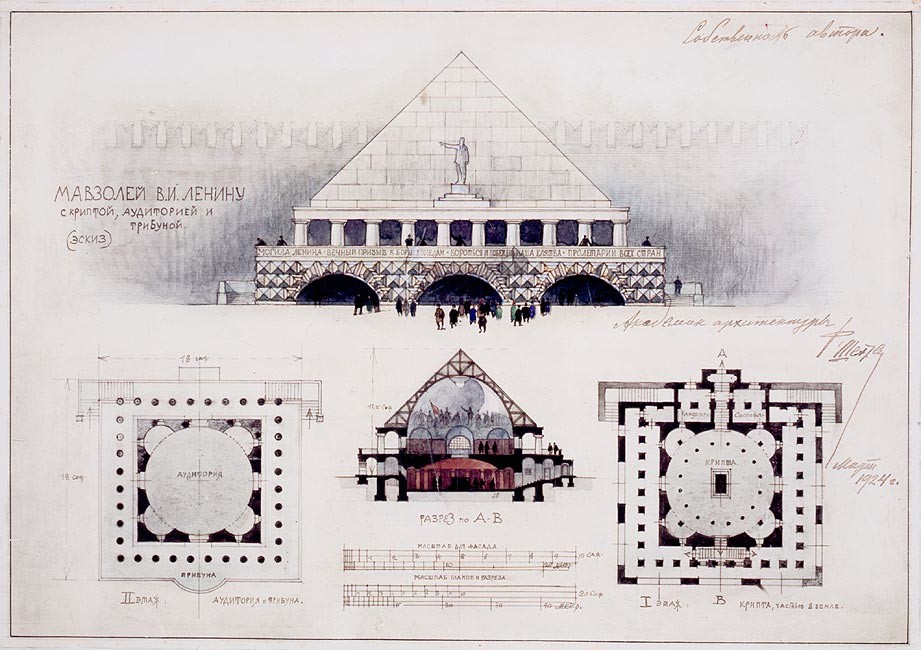 4. Among the architects of the 117 submitted projects were Fyodor Shechtel, author of Yaroslavsky Railway station in Moscow and Lev Rudnev, author of the main building of the Moscow State University, as well as many more. 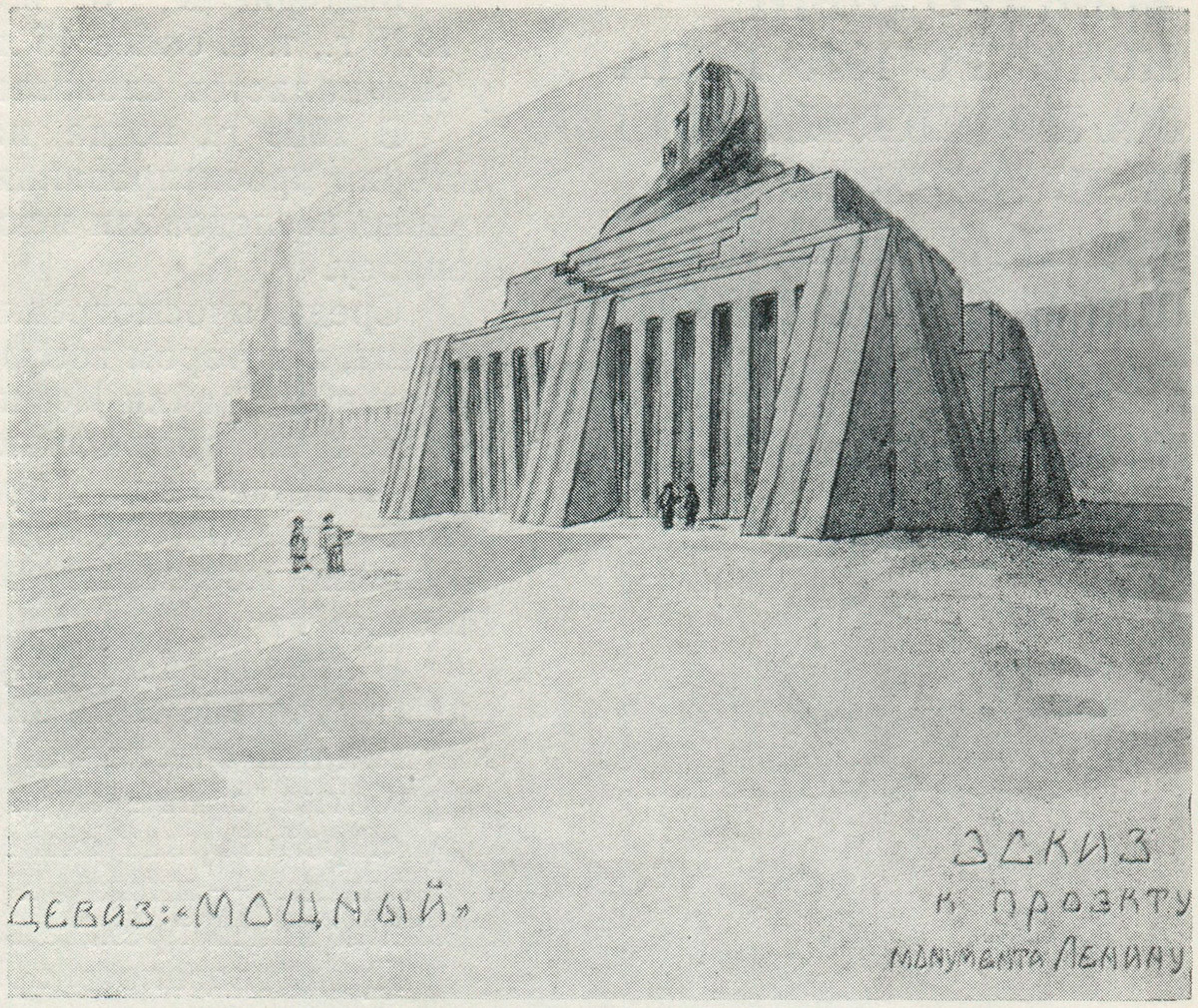 5. According to the contest rules, the project had to include an inside hall with Lenin’s body and an underground hall for a museum; on the walls, there should be decoration based on the revolutionary themes and the life of Vladimir Lenin. The mausoleum also had to match with the Kremlin walls and the Red Square. 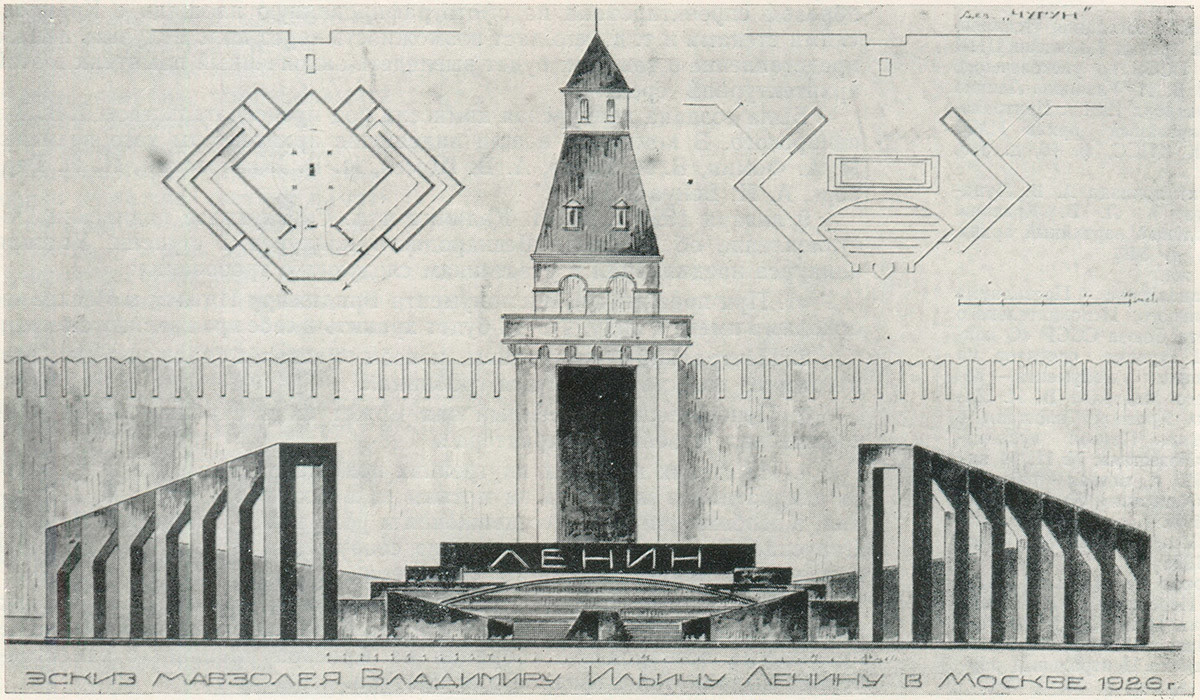 6. The mausoleum was in the end to be an “impressive sight” and be “the center of attraction for all eyes”.

N.Ryabov. "Center of the world."

7. In total, the commission narrowed the list down to the 25 most interesting projects. 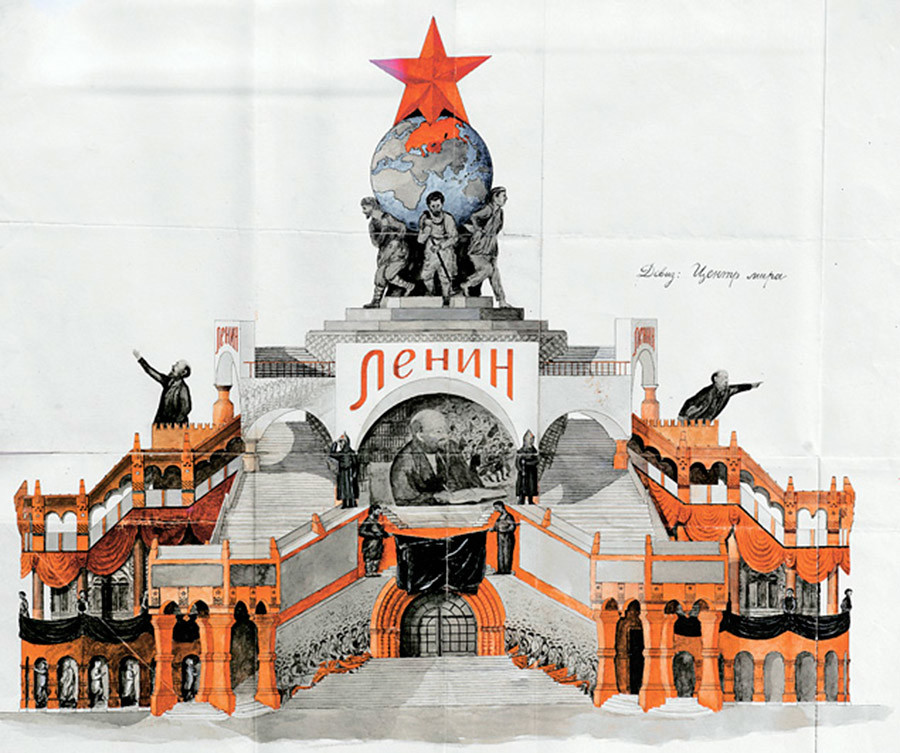 8. The commission rejected “technically impossible” and “fantastic” projects, as well as proposals to change the place of the future construction. 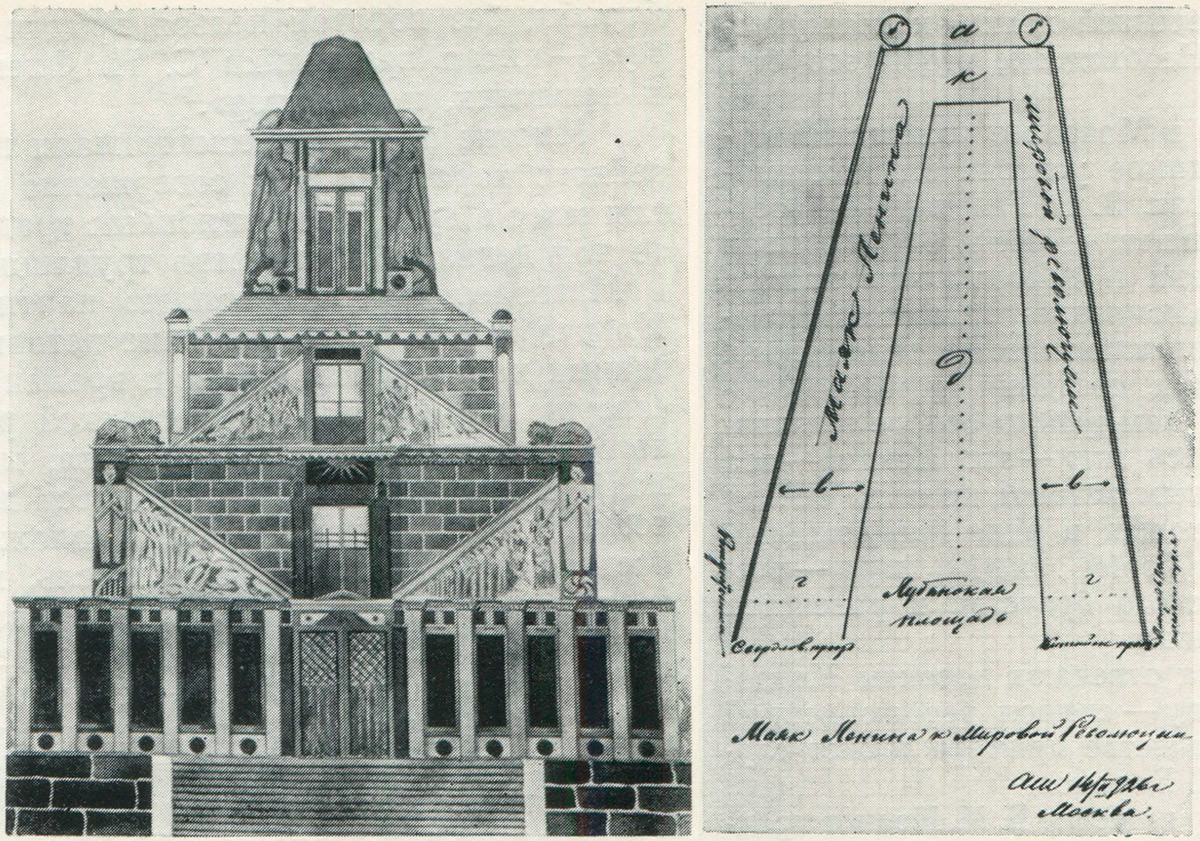 Left: F.Ya.Veber. "To the victory!". Right: A.I.Shishkin. "Lenin's lighthouse at the international revolution."

9. Not all the participants were professional architects, and some people sent their drawings on wrapping paper and school checked notebooks. 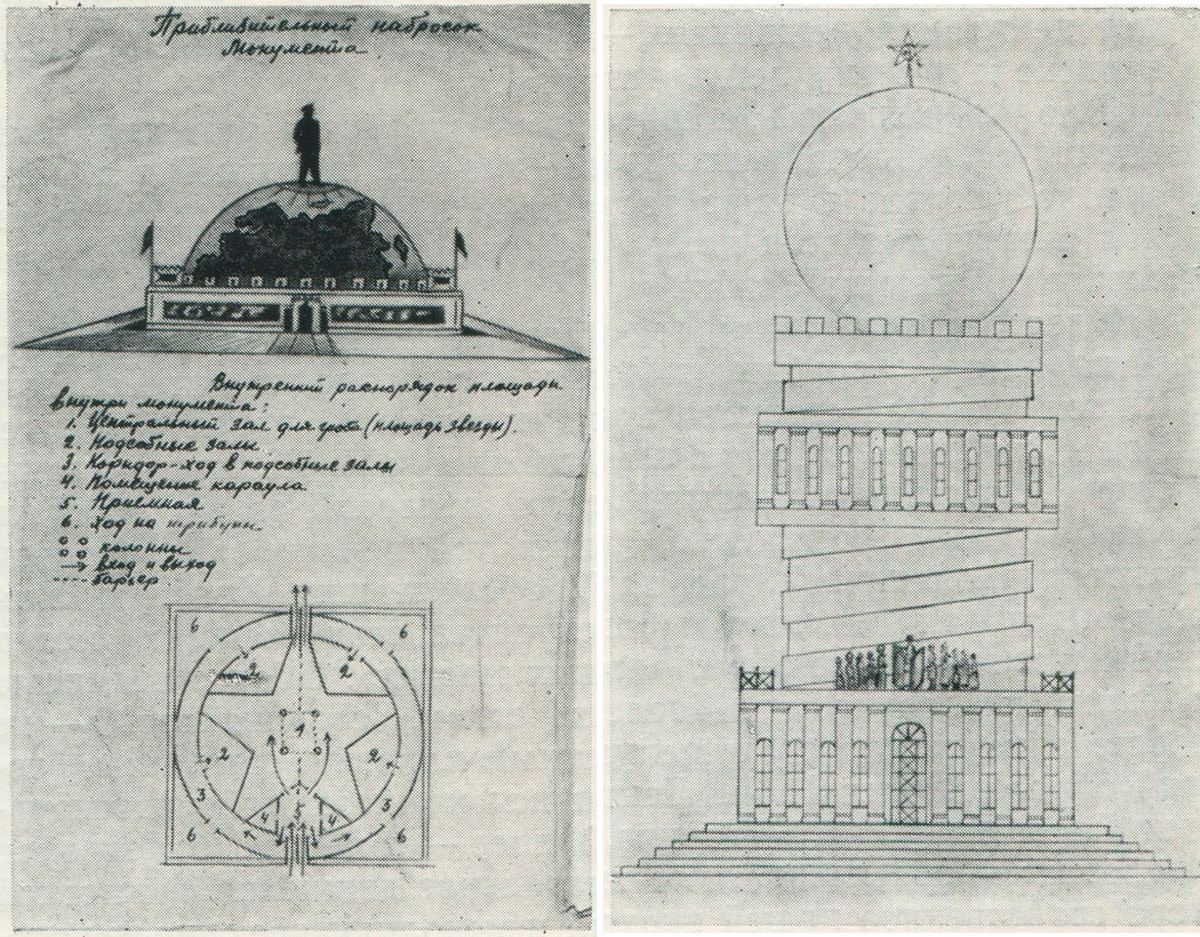 10. Participants suggested building the mausoleum in the shape of a pentacle star and the globe, as the symbol of the revolutionary solidarity of the all continents united by ideas of the all-human fellowship under communism. 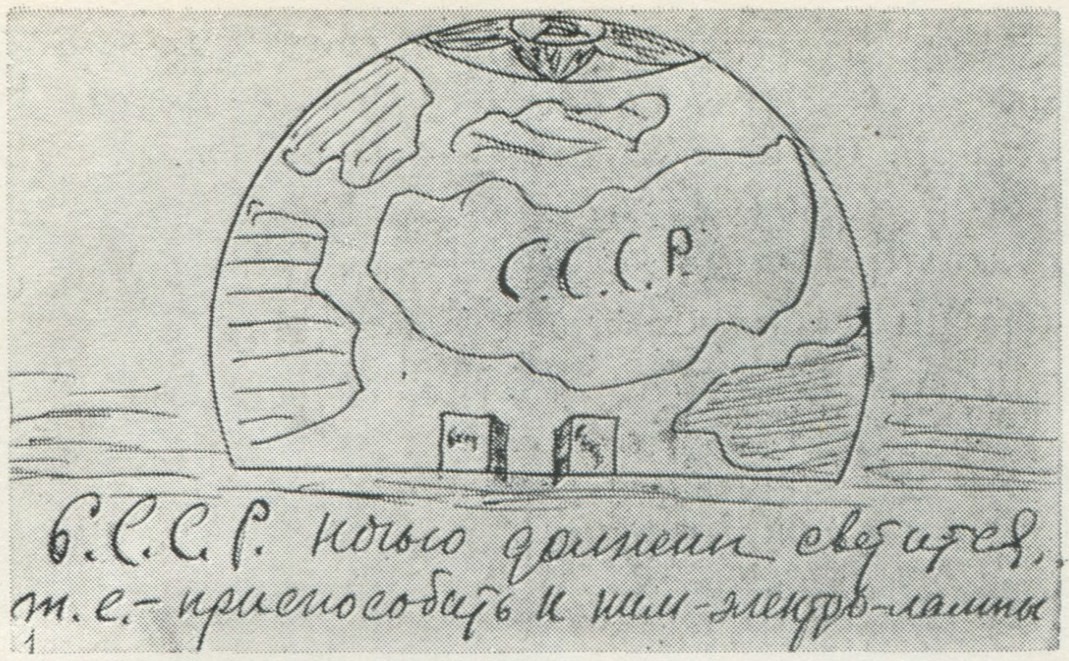 S. Fienov. "USSR letters should shine at night, so we need to make there a kind of a chandelier."

11. All the projects included the tribune for the Soviet leadership’s public speeches, recalling the times when Lenin himself pronounced his pep talks. 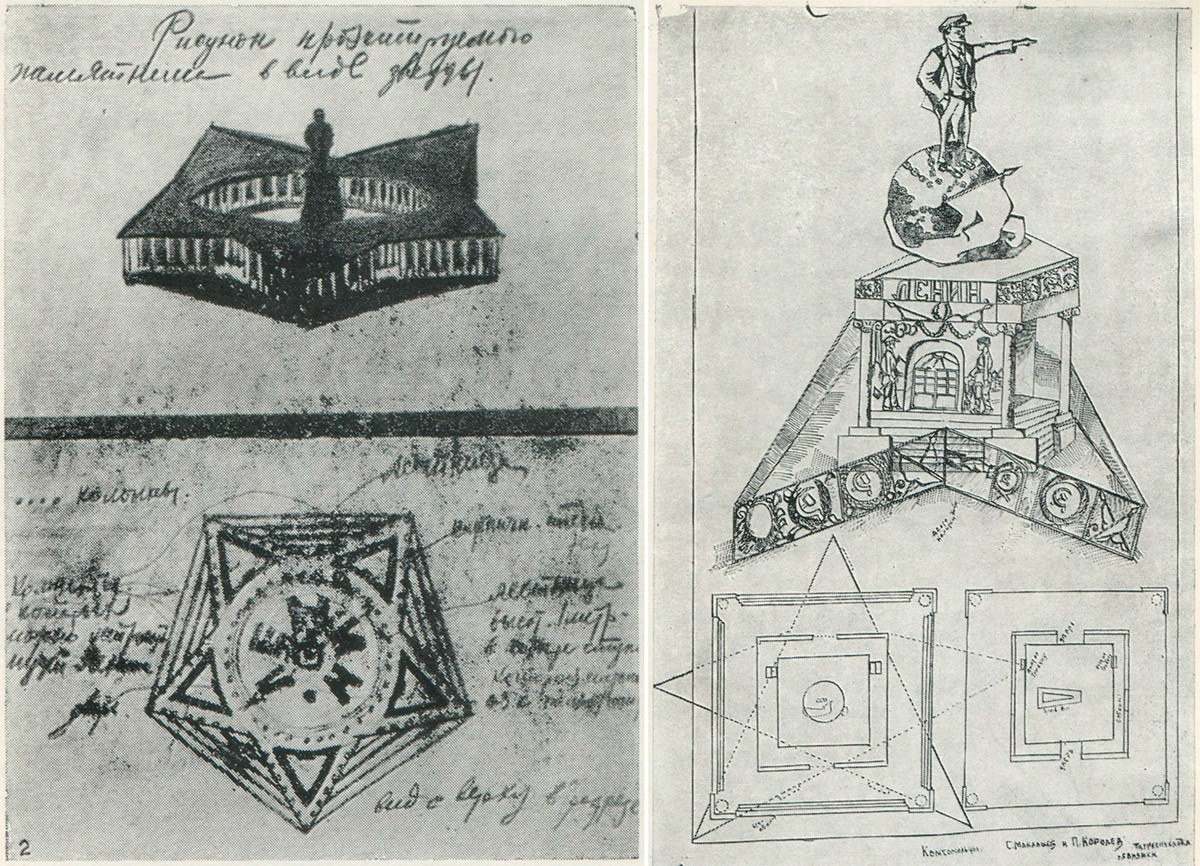 12. However, in the end, the commission decided to adopt Alexei Scshusev’s version that was suggested even before the contest. 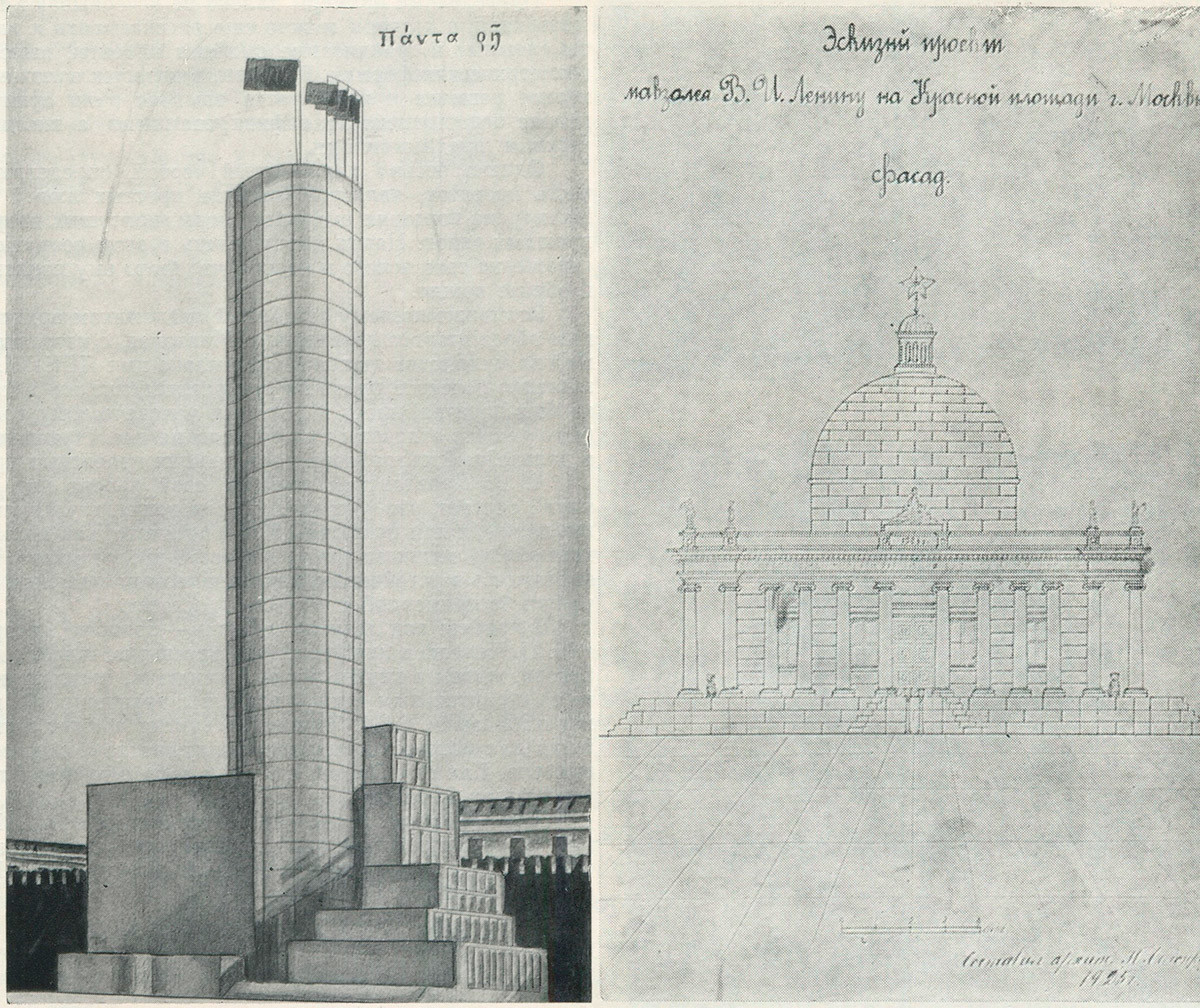