What Russians have ever meant to do with Lenin’s mausoleum 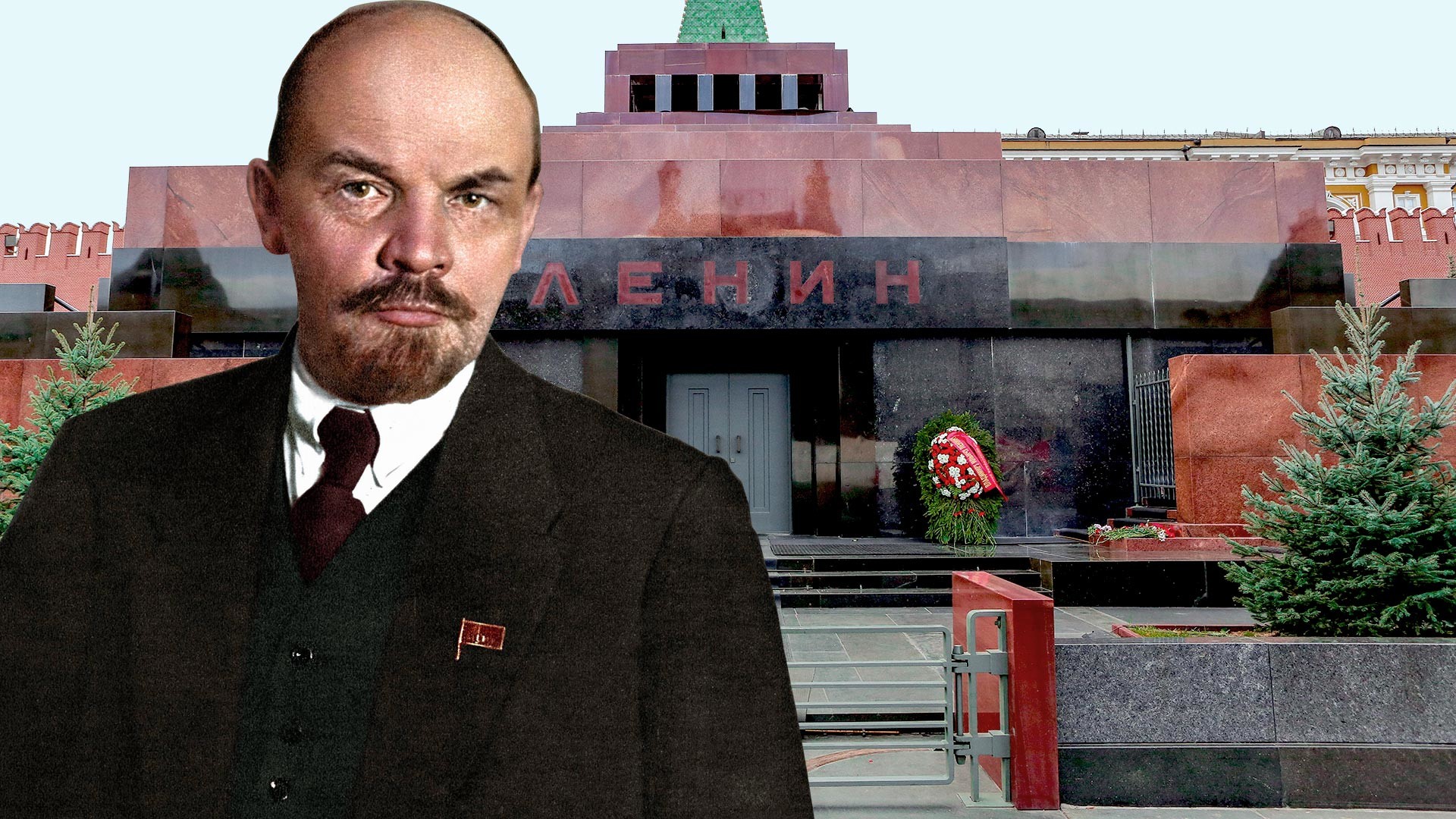 Archive photo; Moskva agency
Architects have discussed the possibility of turning this Communist temple into a museum, while the question of Lenin’s body has always been a hot topic among Russians.

The first wooden mausoleum appeared on the Red Square in 1924, right after Vladimir Lenin’s death. And by 1930, the current one was built from stone. The body of Lenin was embalmed and has been lying there since that time, while there are constantly procedures held to keep the body in a “good” condition. 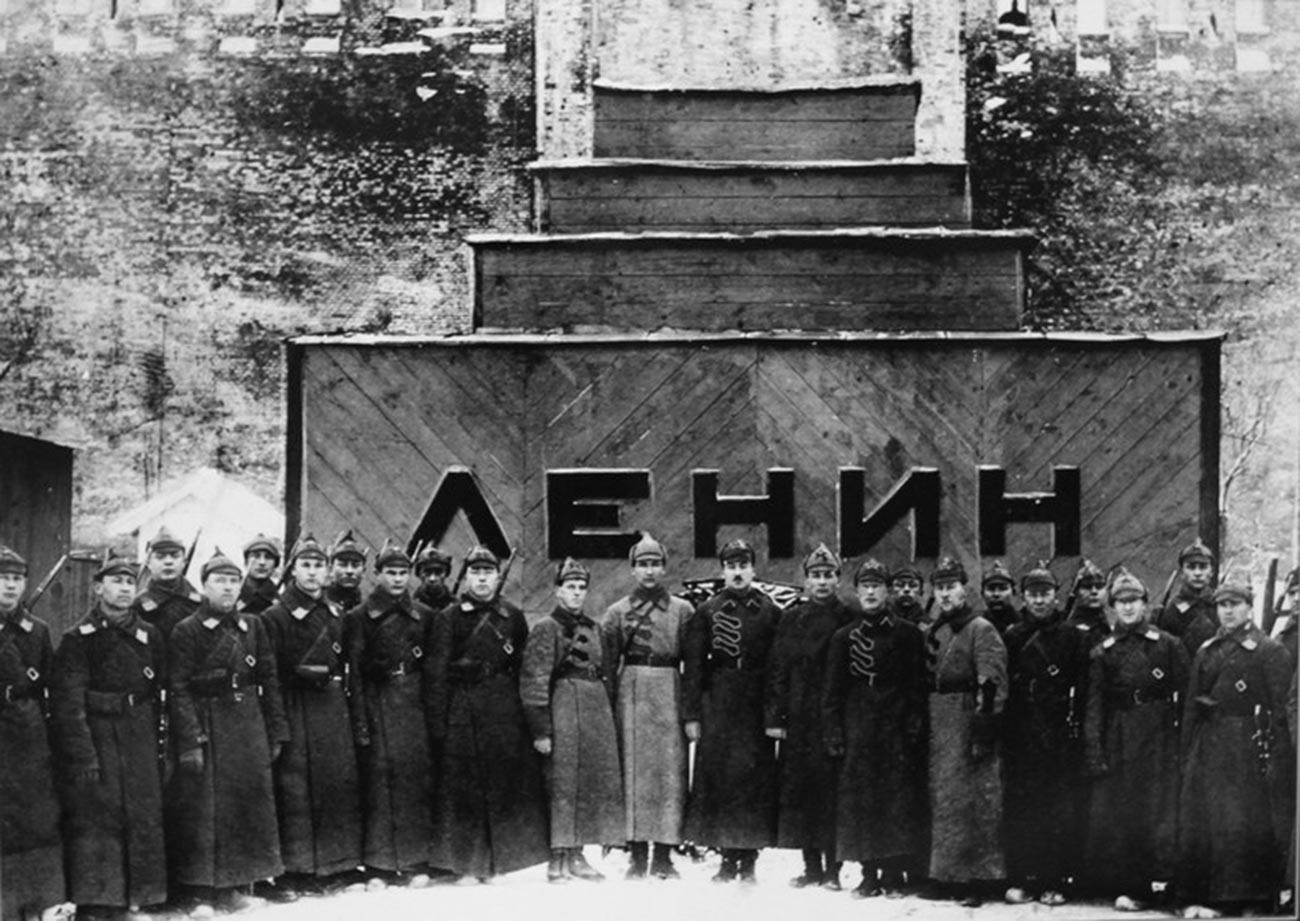 The temporary wooden mausoleum in 1924

According to different polls, 40 to 80 percent of Russians are not happy with the fact that the corpse is still being exhibited on the Red Square. Many people suggest burying Lenin next to the Kremlin’s walls, where many other honorary Soviet officials and generals rest in peace, including Stalin, who was Lenin’s mausoleum neighbor for a while. 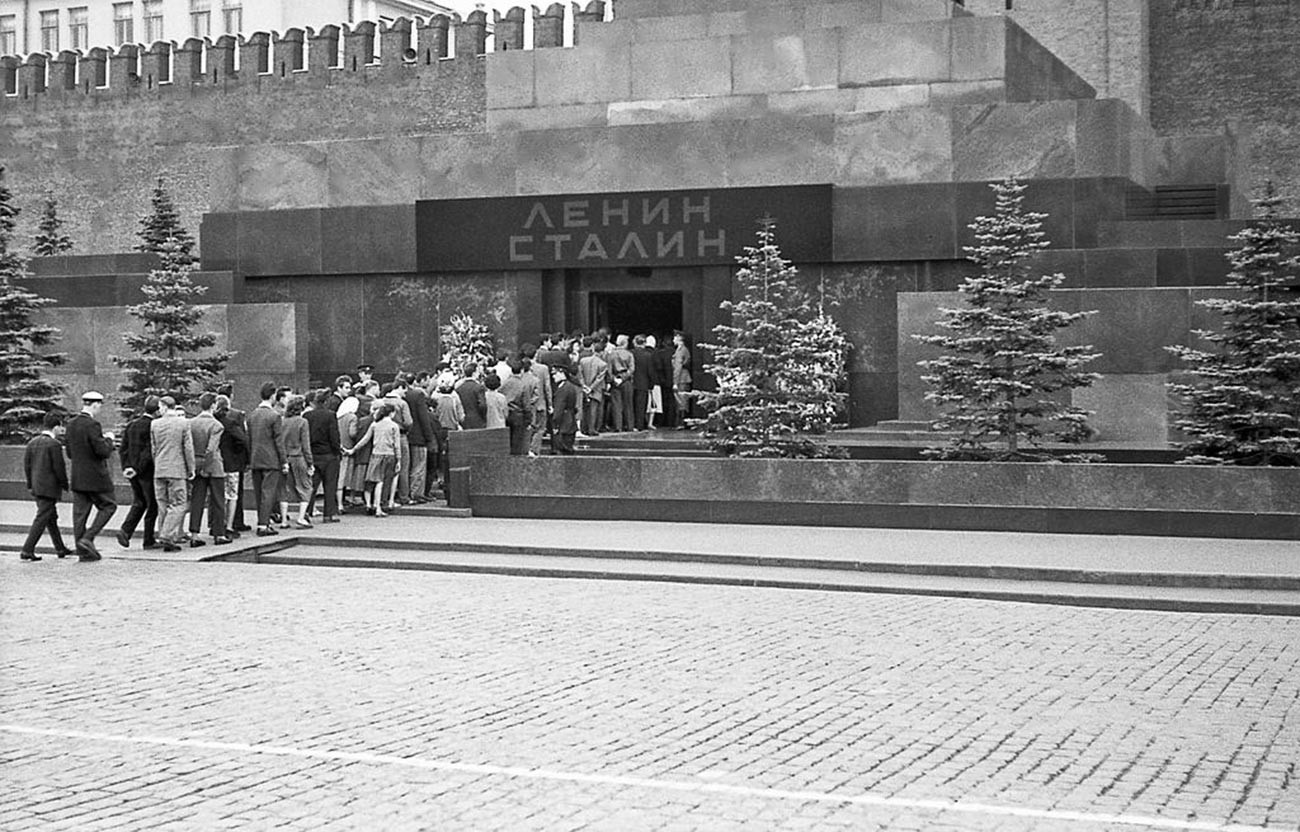 Stalin was Lenin's neighbor in the mausoleum for a while. Photo from 1957

Architectural contest for reuse the mausoleum

In September 2020, The Union of Architects of Russia announced a competition for the best possible way to reuse the mausoleum. The Union’s speakers assured that the contest only aims to create a “bank of ideas” and has no political motivation. However, it caused an enormous storm of public reaction: from negative comments and even threats to the Union’s president to social media memes and jokes.

One of the most popular jokes was to open a nostalgic Soviet-style ryumochnaya (vodka bar) in the mausoleum that used to operate across Moscow, but now most of them are closed. Others suggested turning the mausoleum into a supermarket, food or alcohol store, which Moscow city center lacks and needs. 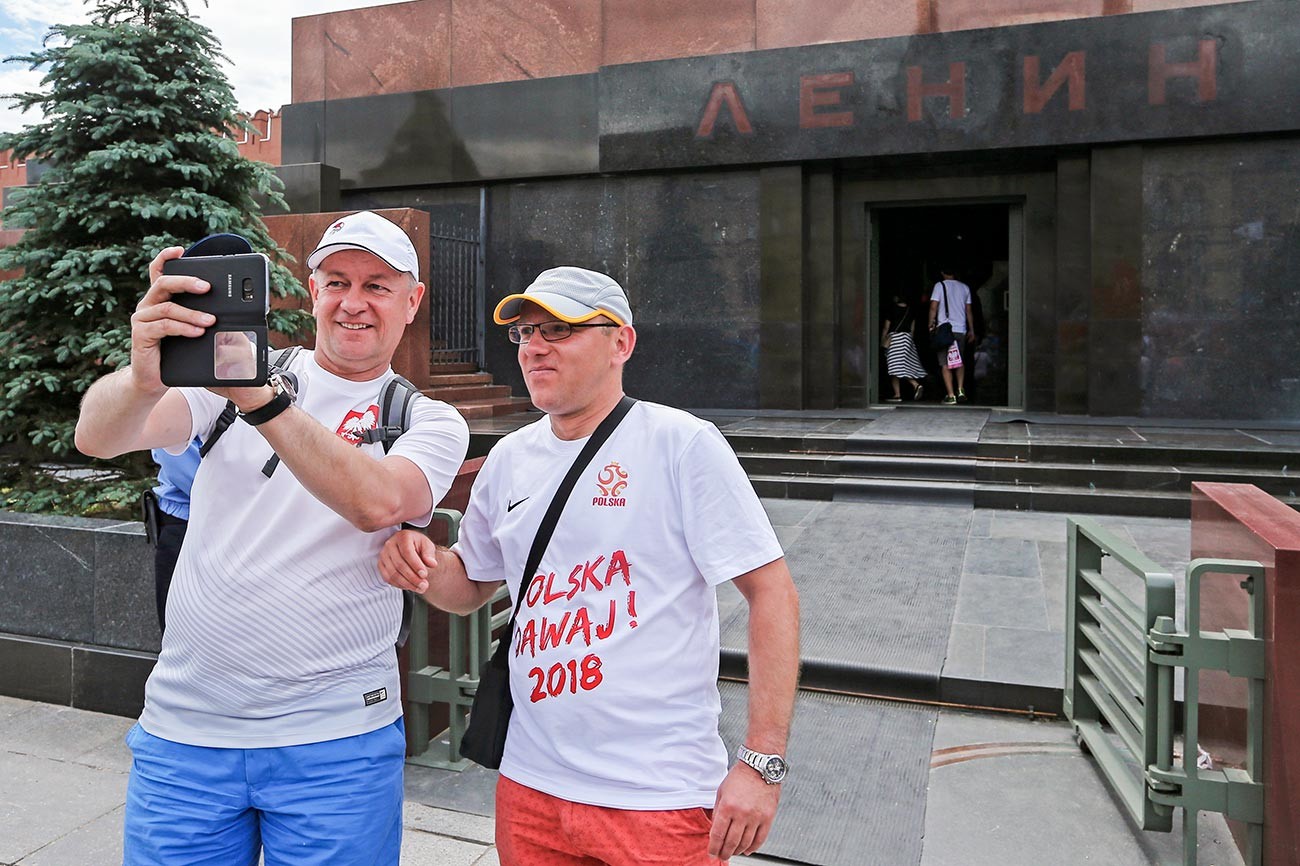 Popular movie critic and blogger Anton Dolin thinks the mausoleum should stay as is with Lenin’s body, but needs to be “museumified”. No honorary guard, only one security and a museum guard babushka and a souvenir store by the exit.

Russian stand up comedian Denis Nikolin suggested building a “Leninland” in Moscow. He thinks it would attract millions of tourists, as our country is still pretty much associated with the Soviet Union.

“We don’t suggest carrying out Lenin's body, we don’t suggest rebuilding the mausoleum, we only suggest finding the solution for the further use of this great piece of  Soviet architecture,” Nikolai Shumakov, president of the architectural union, states. 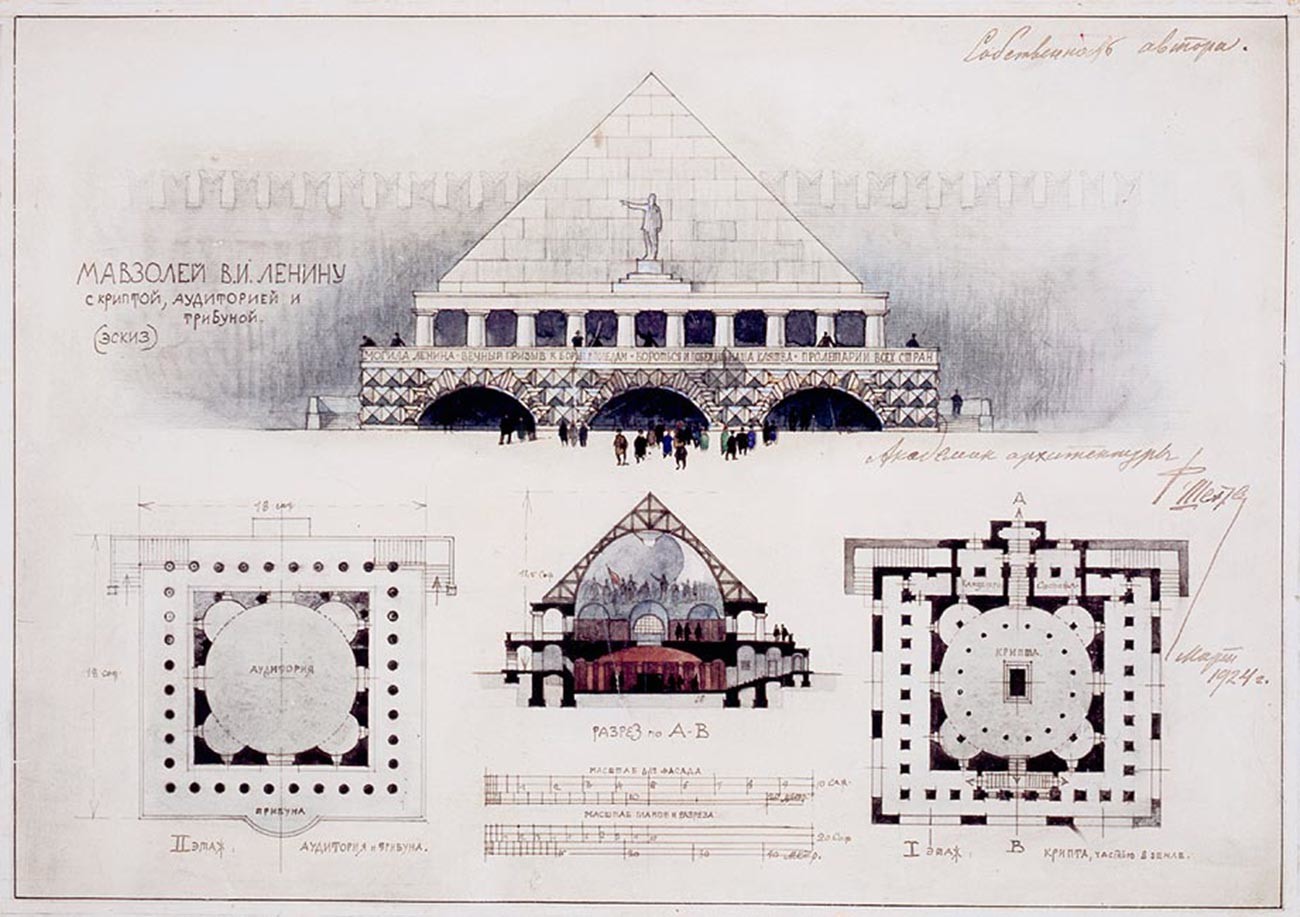 One of the projects for the mausoleum, 1924

Contest coordinator Irina Korobyina thinks that, sooner or later, Lenin’s body issue will be decided and there should be a ready plan for reuse of the mausoleum, so that this process wouldn’t be protracted for years.

Despite all the architects’ explanations regarding the reasons behind this innocent contest, three days after its announcement, the Union had to cancel it. However, it’s not the first time such ideas were openly discussed.

What to do with Lenin’s body

Before perestroika, no one was brave enough to encroach the glorious Communist past and raise the question of Lenin’s burial. Arguments about Lenin’s mausoleum appeared during on the eve of the collapse of the USSR. In 1989, on the Congress of Soviet deputies, deputy Yury Karyakin suggested committing the body to ground and reminded the audience that Lenin’s personal will was to be buried next to his mother’s grave.

After Karyakin’s speech for the first, the country started to openly discuss that keeping the mummy on display contradicted Christianity and Orthodoxy. And Lenin’s burial became one of the hottest topics in the 1990s, as the new non-communist authorities wanted to get rid of all Soviet relics as soon as possible. But those turbulent times made authorities focus on more relevant and urgent questions. At the end of his presidency, Boris Yeltsin expressed the willingness in solving Lenin’s question, but he left his post and the issue remained open. 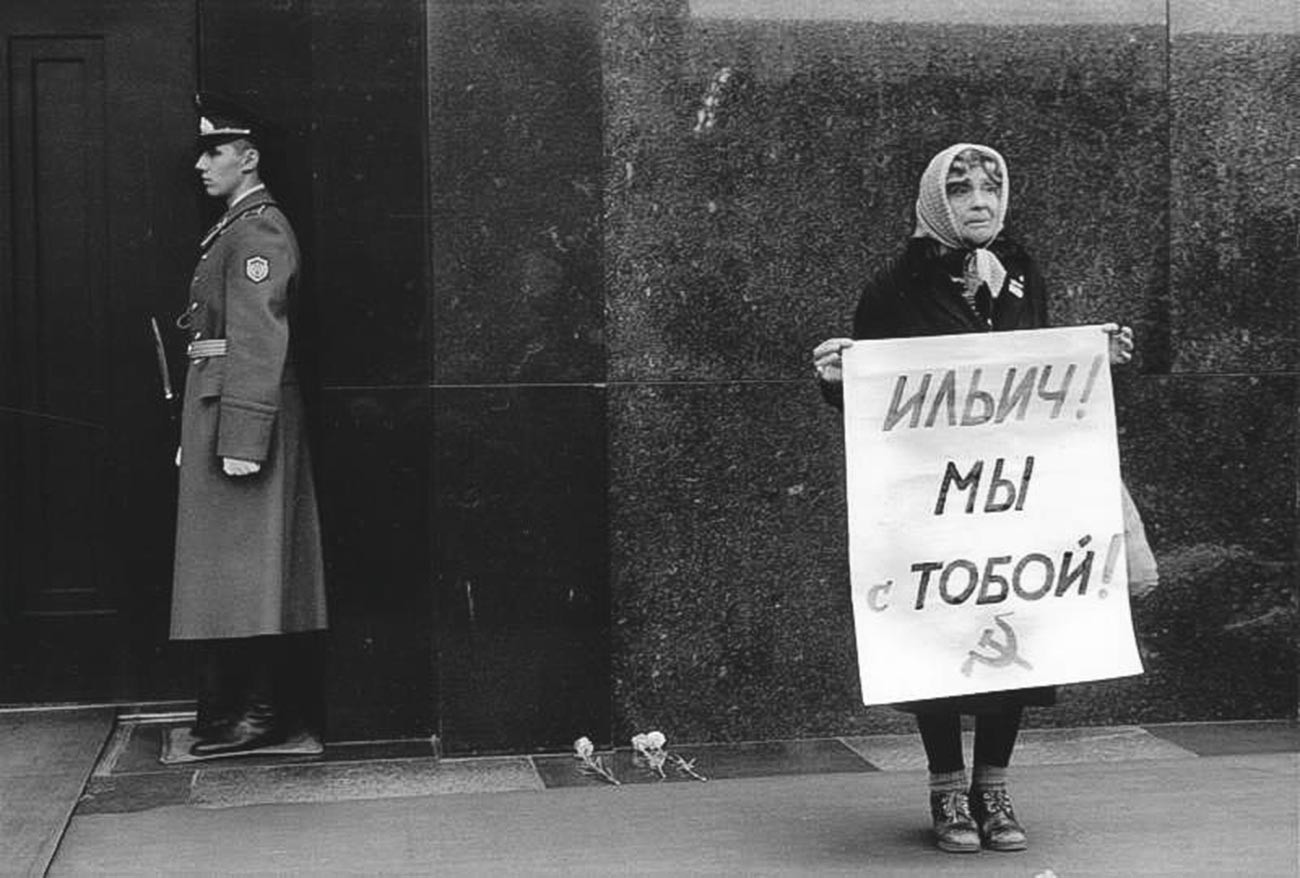 In 2017, candidate at the presidential elections Ksenia Sobchak said that Lenin’s burial is one of the points in her agenda and suggested arranging a referendum so that Russians could decide what to do with Lenin.

What to do with the mausoleum

Former Patriarch of the Russian Orthodox church Alexy II suggested to choose a place outside Red Square and build a necropolis for all the Soviet revolutionaries and Soviet leaders and move their remains there.

In 2019, another eccentric deputy Vitaly Milonov suggested demolishing the mausoleum, because it disturbs people from skating on the annual winter Christmas market being held just in front of it.

Chairman of the Federation Council Valentina Matveyenko thinks that this question should be raised only once Russian people are ready for it, not now. She also suggested making a museum with Lenin’s grave, just like the ‘Les Invalides’ in Paris. 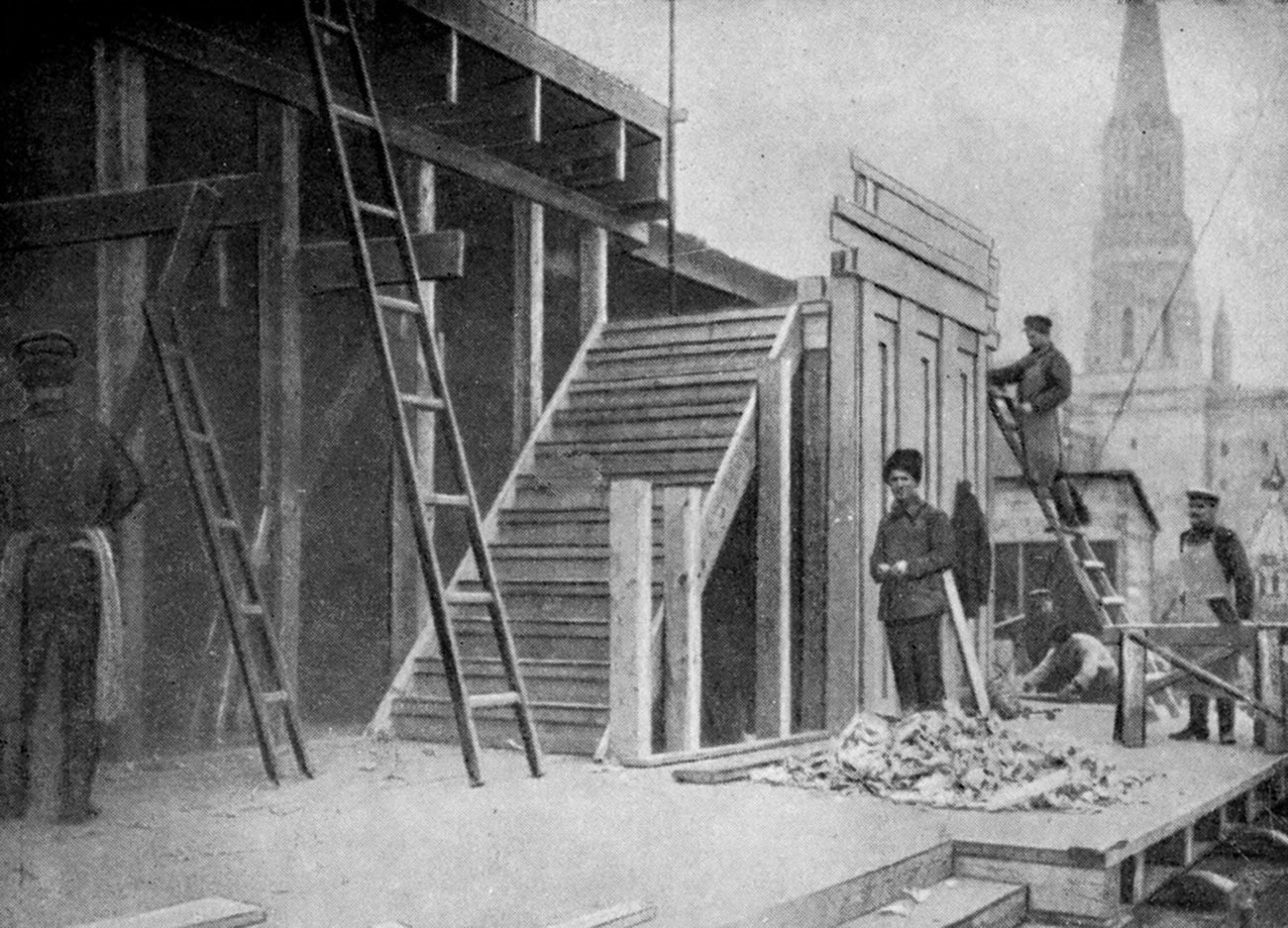 The mausoleum under construction

Vladimir Putin has many times expressed his opinion that Lenin “shouldn’t be touched”. Putin thinks that for many people he symbolizes the country’s past achievements. For communists, it is a certain relic and Vladimir Putin compares the meaning that the mausoleum has for communists with the one saints’ remains have for Christians. So, he suggested moving forward to the future and developing the country in the present, rather than discussing Lenin's body.

The last, but not the least, point is that the mausoleum is a UNESCO heritage site, so no crucial changes in the building are possible, as the organization respects it as a great monument of Soviet architecture.