How Lenin’s body was attacked — before and after his death 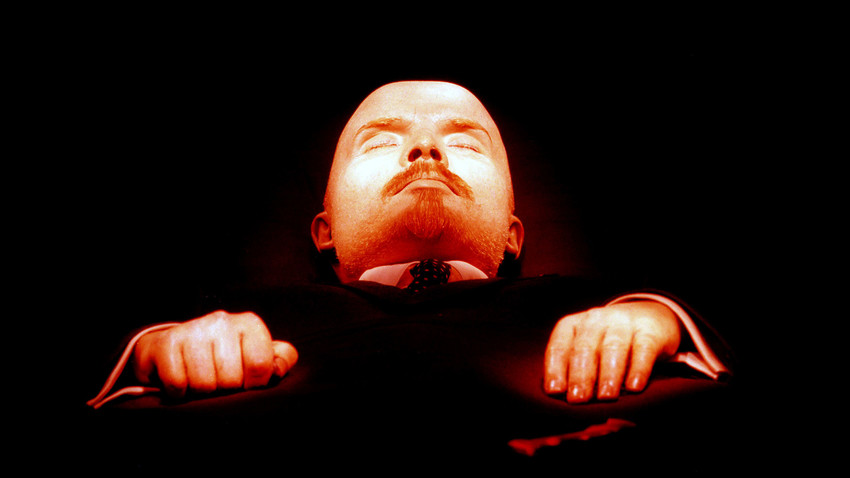 Lenin's body in the Mausoleum on Red Square

Reuters
To bury or not to bury, that is the question currently being hotly debated in Russia. Arguably the most famous (dead) figure on display in the world, Vladimir Lenin survived multiple assassination attempts during his life, and he’s dodged a few attacks posthumously as well.

During his time as leader of the Soviet state, Vladimir Lenin didn’t seem too concerned about his personal security — usually only one bodyguard accompanied him. Did Lenin think he was invincible? He was the victim of more than one assassination attempt, the first coming in January 1918 when monarchists tried to shoot him. Shortly after, another plot to take his life was foiled, while in August the same year Lenin almost met his maker when terrorist Fanny Kaplan shot him — but he survived.

Still, he only decided to beef up his security after a bizarre incident. In 1919, Lenin’s car was stopped on the outskirts of Moscow by six armed bandits who wanted to steal his wheels (cars were still a pretty rare form of transport back then) so they had a getaway ride for a bank robbery.

When Lenin, his sister, and private driver and bodyguard stepped out of the car, he said: “What’s the matter? I’m Lenin!” The criminals didn’t recognize him though, and hijacked his car, money, and documents. After this, Lenin ordered a full-time guard unit for himself (dented pride, perhaps?). But no one else tried to kill the leader from this point on. 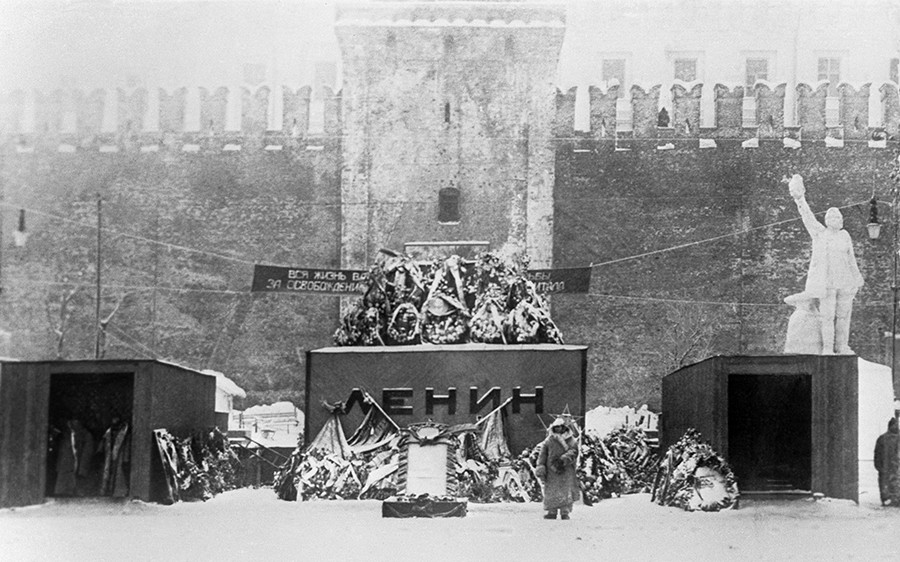 Lenin died on Jan. 21, 1924 and shortly afterwards was embalmed and laid to rest in the Mausoleum on Red Square. The fact he was dead didn’t stop people trying to mutilate his body, and 10 years later — on March 19, 1934 — a man entered the building and tried to shoot the corpse but missed, before turning the gun on himself. He was Mitrofan Nikitin, an agricultural worker. Upset by corruption and famine in the newborn state, he wanted to disfigure Lenin’s body as an act of protest. A suicide note explaining his motivation was found on his body and sent immediately to Joseph Stalin’s private archive. “Wake up, what are you doing? Where have you taken the country? It’s all going downhill to the abyss,” the note read. The details of this attempt were not uncovered until the 1990s. 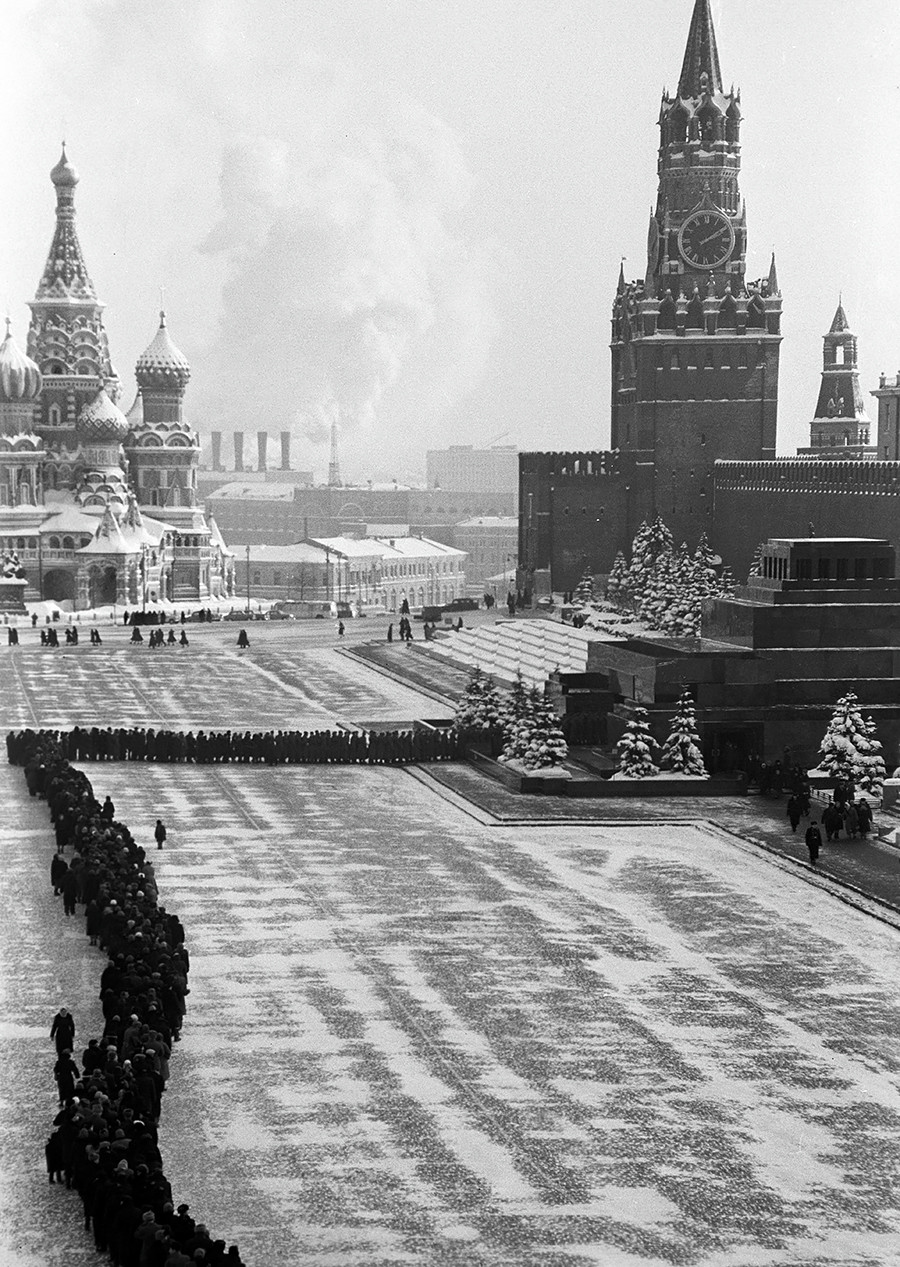 Queue for the Vladimir Lenin Mausoleum on Red Square in Moscow, 1960

On March 20, 1959 somebody tried to break the glass covering Lenin’s sarcophagus with a hammer, but failed. Another attempt to smash the case proved successful in July 1960 though, when a man named Minibaev climbed onto the casing and kicked it. Shards of glass pierced the former Soviet leader’s hands and face. The fragments had to be removed using tweezers and cleaning solution, while the corpse’s face needed a complete repair job. During interrogation, Minibaev confessed that he had been planning to destroy the body since 1949.

After this, the sarcophagus’ glass was toughened — so when a 59-year-old pensioner tried to break it in 1966 with a sledgehammer, it held firm. 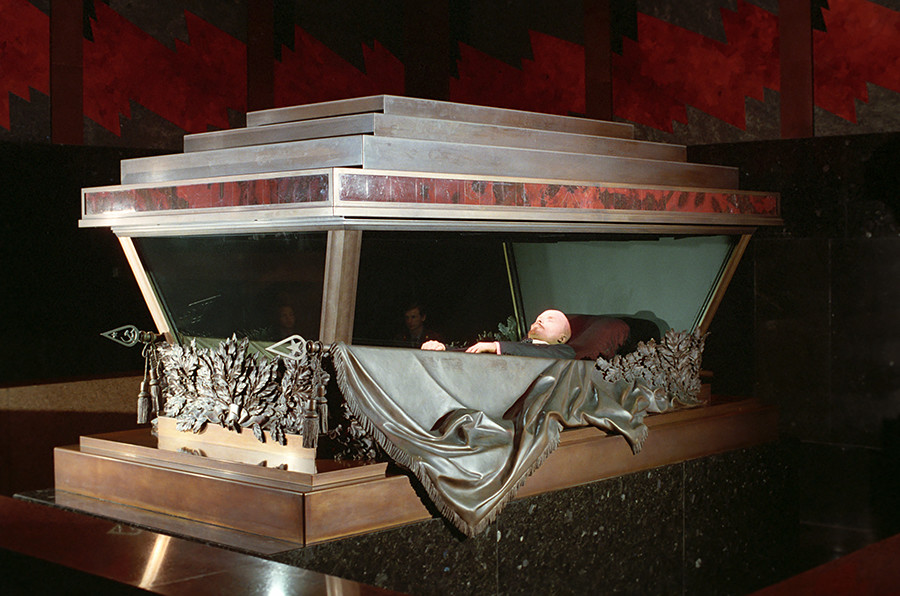 Lenin's body in the sarcophagus

Oddly, there is little information about the people who attacked Lenin’s body. They kind of disappeared. The last and deadliest attack, which claimed innocent lives, was also carried out by a man whose records literally dissolved into thin air.

On Sept. 1, 1973 students from a Moscow school were paying Lenin a visit on Knowledge Day, a Russian holiday. The security at the door was minimal — bags were handed over but no personal inspections were in place. A man joined the group of kids so the guards thought he was a teacher — as he walked around the sarcophagus he triggered a bomb, instantly killing a couple from Astrakhan, seriously injuring four children, concussing two guards, and blowing his own body to smithereens. The sarcophagus and Lenin’s body remained unharmed. Only parts of the bomber’s hand and skull were found at the site. Uncovered documents later suggested the attacker had been previously sentenced to 10 years in prison, but this remains unproven. 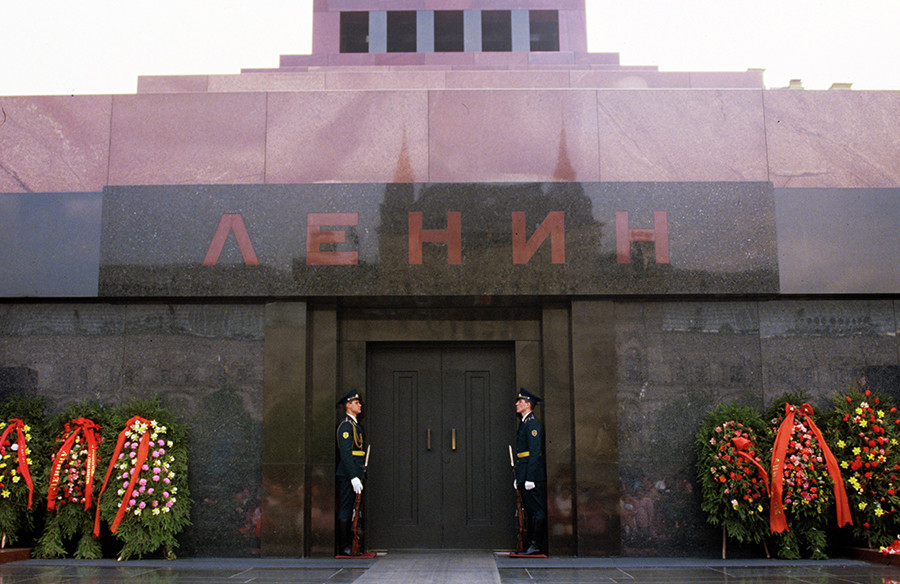 Guards at the Mausoleum's doors

That was the last serious attack on Lenin’s corpse. In post-Soviet Russia, less serious incidents have occurred: In 2010 a man (wanted for robbery and assault) shouted appeals to bury the body and destroy the Mausoleum, while later the same year another man tossed a roll of toilet paper into the tomb before being confined to a psychiatric ward. And in 2015, some political activists poured sacred water over the Mausoleum, only to be detained by guards. “Get up and go!” the activists shouted.

But Lenin is still here!