5 BIGGEST consequences of the USSR’s breakup 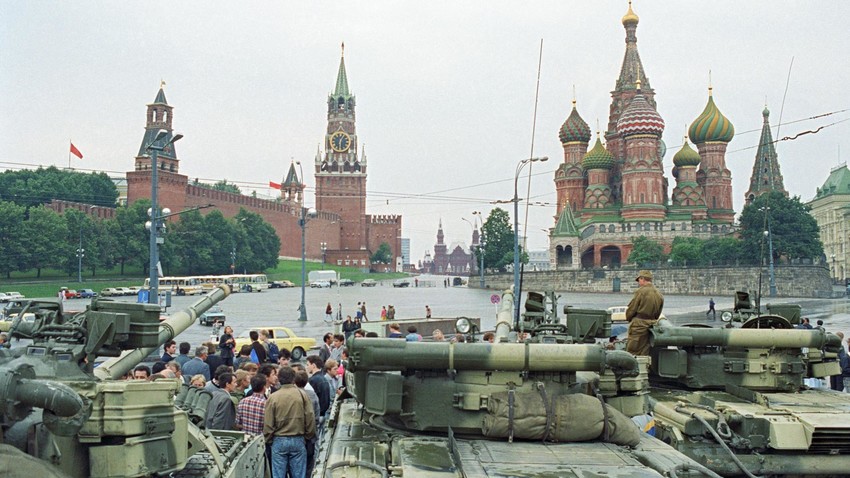 Alexander Chumichev / TASS
When the Soviet Union ceased to exist in 1991, some would treat it as “a geopolitical catastrophe”. Others - the beginning of a new, brighter historical era. However, everyone is in agreement about one thing: it led to fundamental changes in the lives of millions. 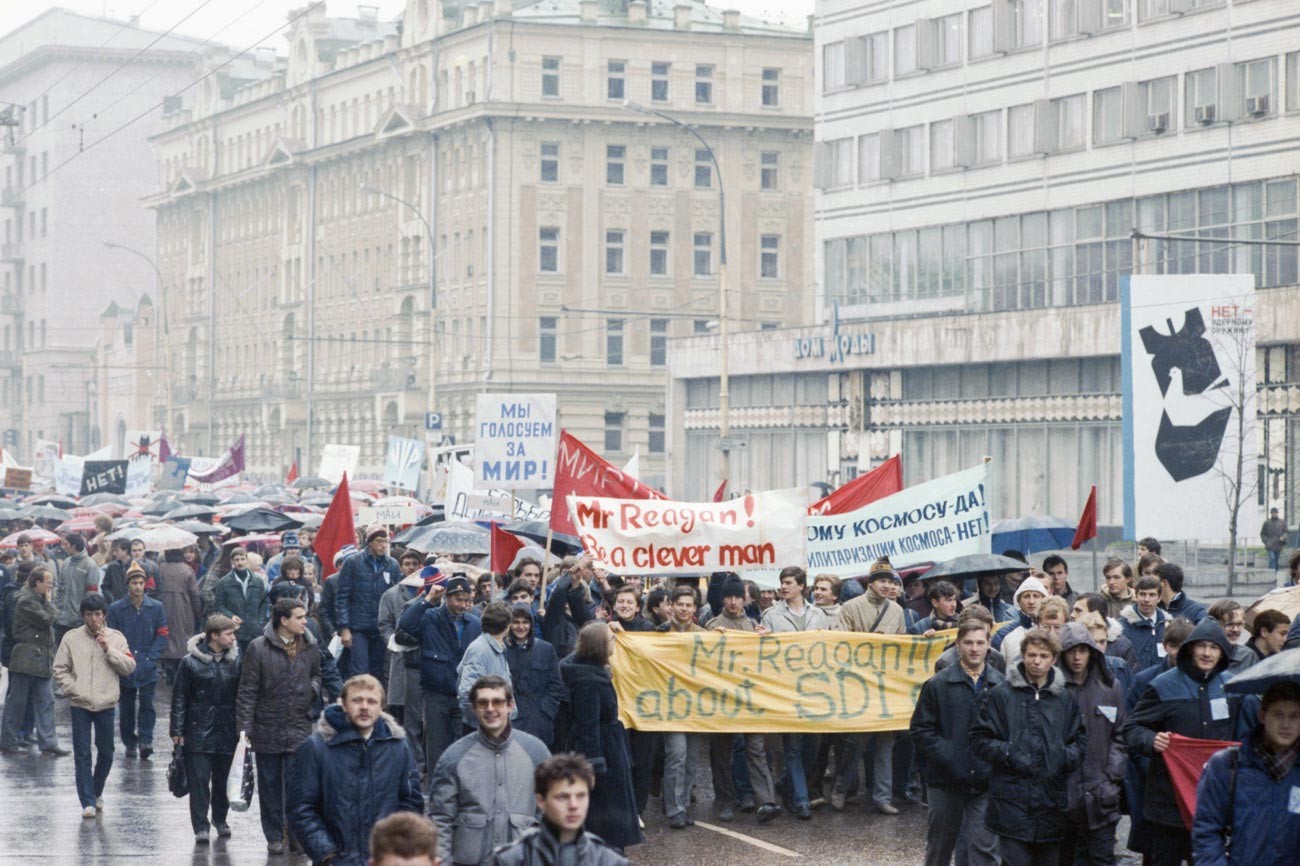 The breakup of the Soviet Union was felt not only by its citizens, but by people in the farthest corners of the globe. A major player in the global rivalry between the capitalist and socialist systems was no more when an entire superpower suddenly disappeared from the political map.

There were those who breathed a sigh of relief. Constant confrontation, proxy wars, an arms race and the constant looming threat of a world war involving nuclear weapons had for many years kept the entire world on edge - nowhere more so than in the United States, Europe and the USSR. In 1991, the bipolar world became a thing of the past, while the U.S. ended up the world’s only superpower.

Not everyone, however, welcomed the news. Some were disconcerted with the fact that the country (now, as an independent Russia) had lost its superpower status and the lion’s share of its global influence in the early 1990s. Moreover, dozens of countries around the world were effectively left without a protector, forcing them to seek a redefinition of their role in the new world, which was not a simple task at all.

2. Transition to a market economy 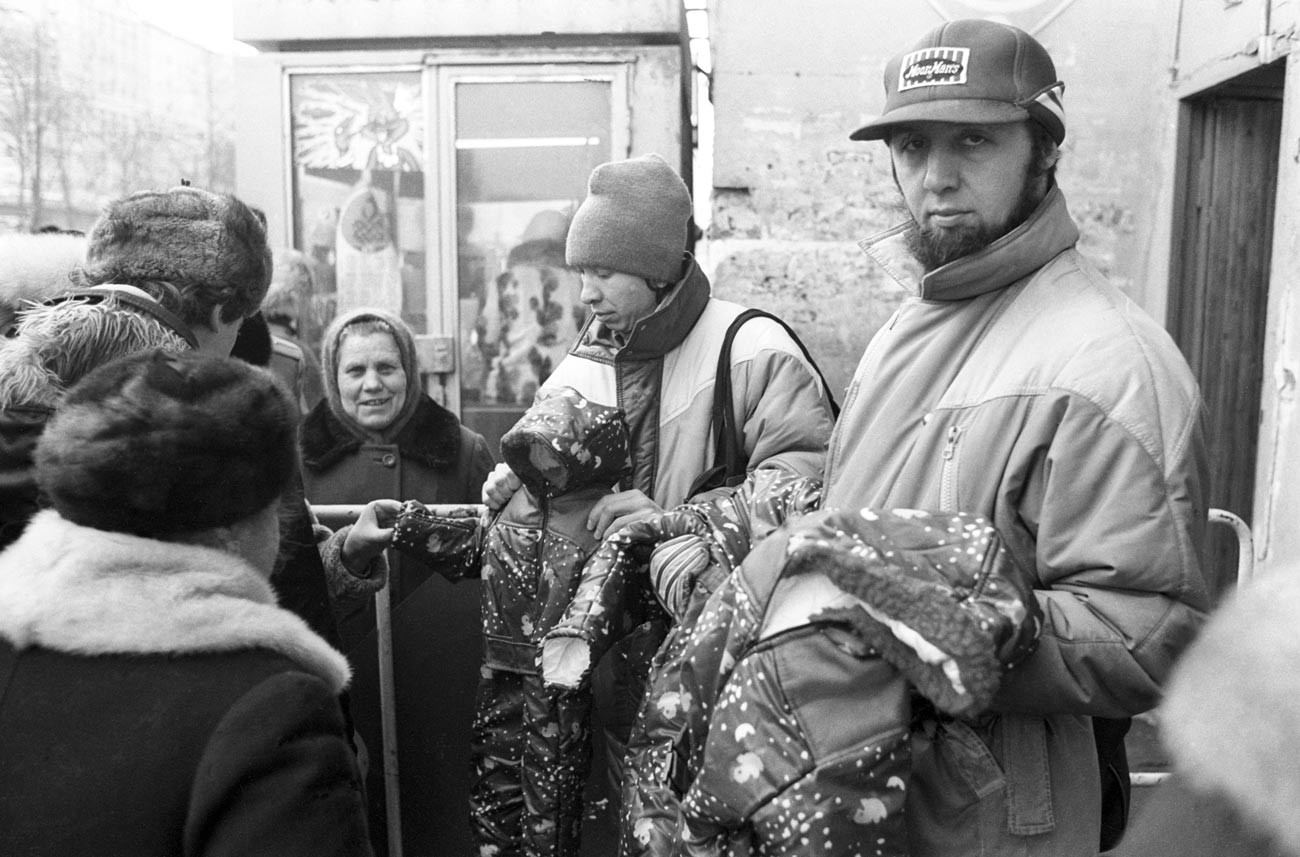 If one could land oneself in prison for goods speculation in the USSR, after 1991, buying up and reselling goods to make a living became the norm for millions of people learning to survive under the new conditions of a new, hitherto unknown, market economy.

Not all citizens of the USSR took to this economic liberalization. Millions lost their savings in the wake of rampant inflation, while prices on goods and produce skyrocketed tenfold, sometimes more. A rise in crime and unemployment followed, while withheld wages became the new norm - instead of an exception.

Nevertheless, despite these problems, liberalization in pricing helped governments solve the problem of the deficit of basic goods, felt acutely throughout the former USSR of the 1990s. Store shelves were again full of goods and produce, many of them imported from abroad - something that would’ve been unthinkable just months before.

Western companies hurried to conquer the untapped markets of the former USSR. The likes of Coca-Cola, McDonald’s, IKEA and other Western brands opened branches in Russia.

One of the most controversial components of this newfound economic liberalisation was the privatization of government property, its transition into private ownership. Intended as a way to streamline the work of former state enterprises, the reform instead led to the creation of the oligarch class and an economic class split in Russia.

3. Fall of the Iron Curtain 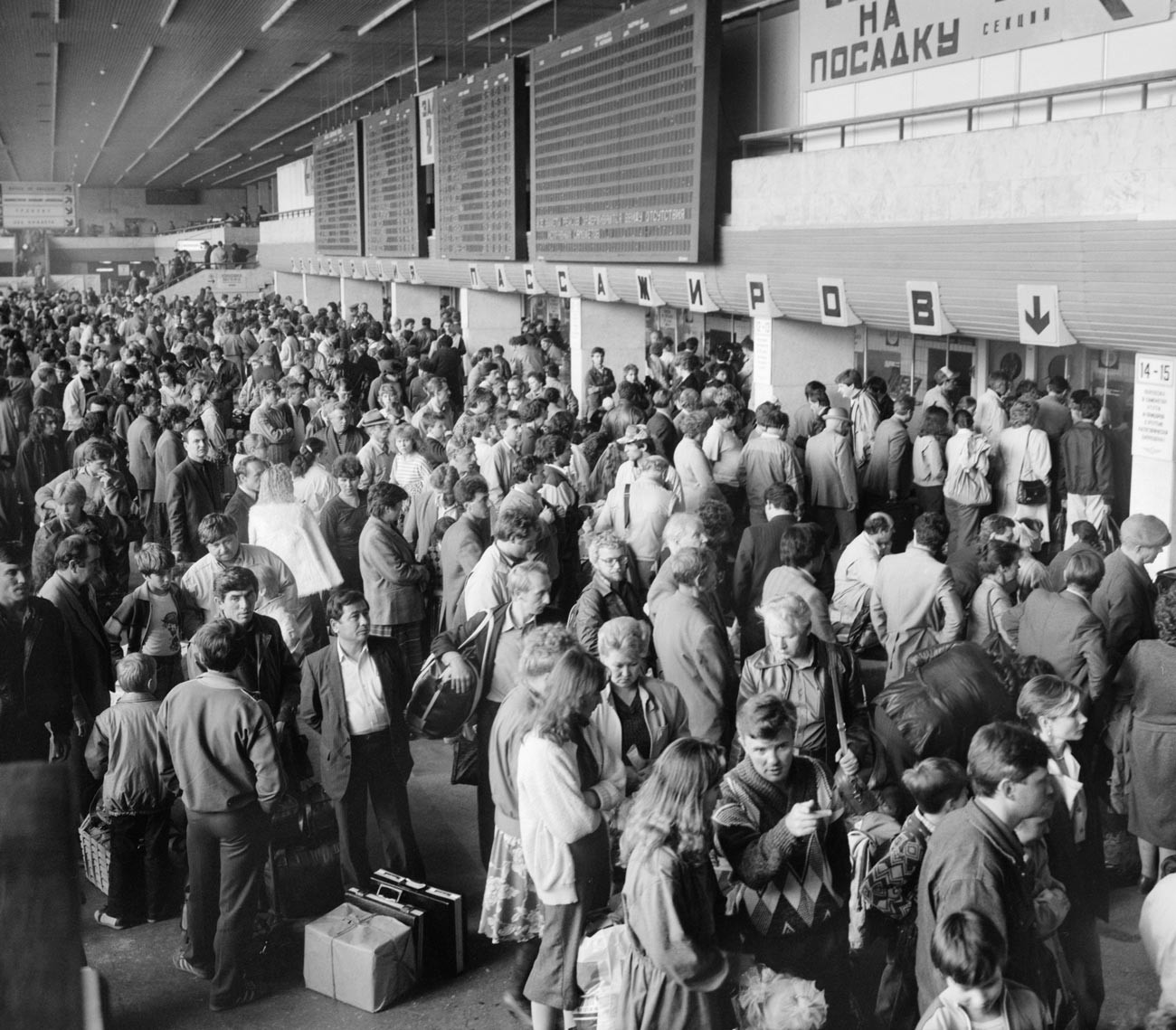 Traveling outside the USSR was an unattainable dream for millions of Soviet citizens. In order to make it possible, one had to acquire an official permit from the authorities - and possibly wait years for it to clear, with no guarantee of success. By the 1970s, the issue had become so problematic that it led to the creation of its own word - a term the state would use to describe those who were denied exit visas - otkazniki (“refusals”). There were famous cases of people refusing to accept this reality, one of them involving an attempt to hijack a passenger plane in order to leave the USSR.

The so-called ‘Iron Curtain’ was also no more after the country’s breakup. It separated the Soviet citizens from the rest of the world. Millions of people were suddenly able to travel and even permanently relocate to other countries, while those from the capitalist sphere of influence were finally able to visit the former USSR as tourists, entrepreneurs and investors. Some Western celebrities did just that.

4. Division of the Soviet people 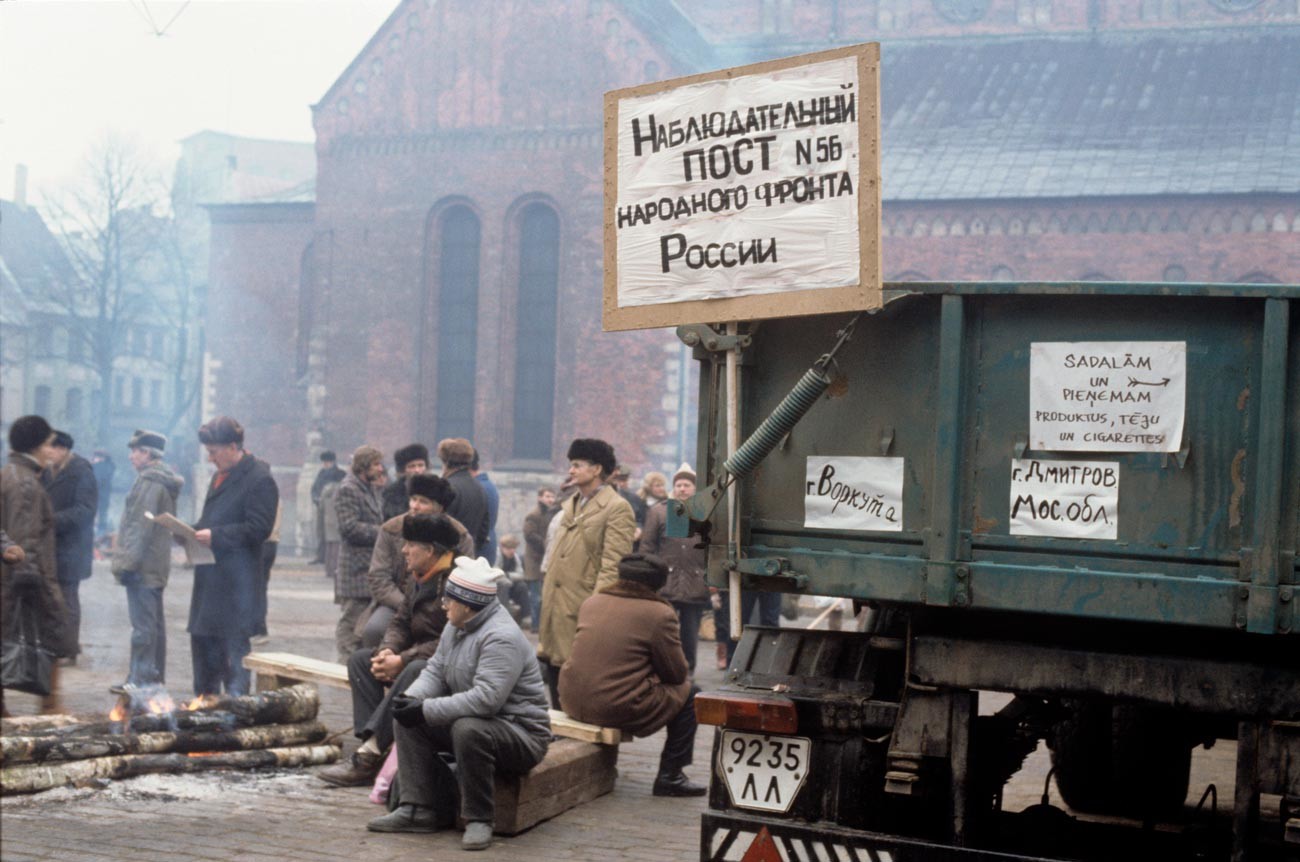 The Republic of Latvia. The events of January 1991 in Riga. Representatives of the People's Front of Russia on the streets of Riga.

“We went to sleep in one country, and woke up in another” - this phrase is often used by former Soviet citizens, who had suddenly found themselves spread out across different countries that had once all been a part of the USSR. Borders that used to be conditional were now international, splitting up numerous families.

Millions of ethnic Russians became citizens of countries where they were now the minority. And, although many found themselves in a new place, some former USSR citizens and their descendants continue to struggle with the issue of returning to their historic homeland even 30 years after the breakup of the Soviet Union.

5. Birth of freedom of speech 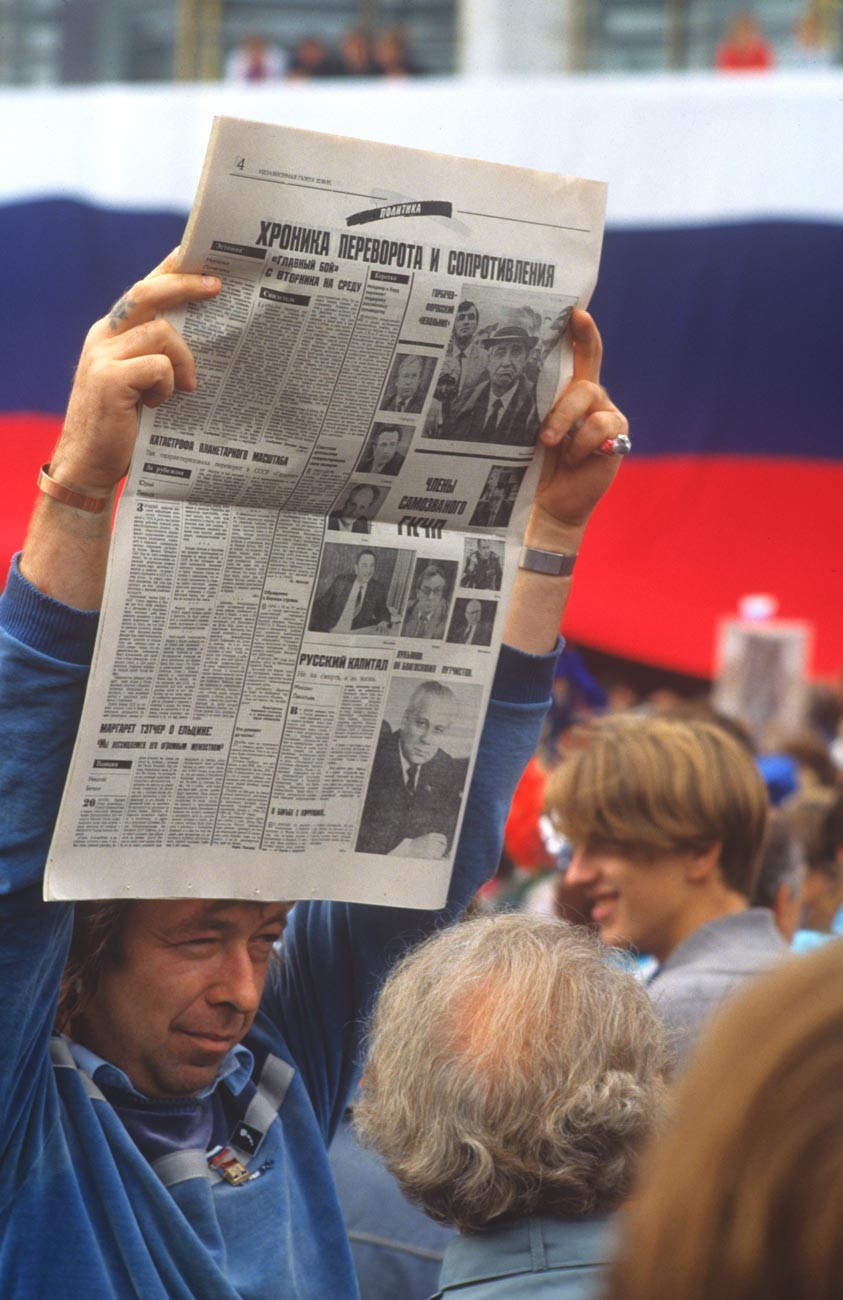 Government censorship was no more and free media became a thing although that change would be short-lived in some countries.

During various periods of the USSR’s existence, anti-Soviet sentiment and propaganda were severely punishable, potentially with sentences in labor camps, community work, or even death. There’s a multitude of prominent cases of people being accused over even the mildest form of dissent - jokes, quips, things told at the wrong place at the wrong time.

One such case, for instance, involved a water engineer, a man by the name of Popovich, who, in 1948 was sentenced to 10 years for the following joke:

“An elderly Soviet woman sees a camel for the first time and starts weeping: ‘That poor horse, just look at what Soviet rule has turned it into!’”

Forbidden materials, such as literature - even the most innocent kind - were also punishable, as were inflammatory remarks toward the Communist Party elite. And writers who were “problematic” for the state (Brodsky, Solzhenitsyn, etc.), as well members of other professions (Sakharov, Rostropovich, Vishnevskaya and others) would often incur severe repressions and face exile.

With reform and the arrival of Glasnost in the latter period of the Soviet Union - and in the subsequent years - came the first signs of freedom of speech. Government censorship was no more and free media became a thing (although that change would be short-lived in some countries). Compared to life in the USSR, former Soviet citizens had now enjoyed practically unlimited access to information of all sorts; and they could finally create without the constantly looming fear of repressions at the hands of the state.

Click here to find out why Soviet Jews attempted to hijack their way out of the USSR in 1970?