In the afternoon of September 30, 1943, Paul Dargel, a second most important Nazi official on the territory of occupied Ukraine, stepped out of Reichskommissariat in the city of Rivne. A black Opel pulled up from behind. A door opened and an anti-tank grenade flew towards the Nazi official. Seconds after the blast, the black Opel was gone, as were both of Dargel’s legs.

This was the second assassination attempt on the high-ranking Nazi official by merciless Soviet spy, guerrilla fighter and hitman Nikolai Kuznetsov.

A future legend of Soviet espionage and guerrilla warfare, Nikolai Kuznetsov was an unlikely choice for the NKVD, the powerful Soviet security agency. At the age of 18, he was expelled from the Komsomol, a highly important political youth organization in the Soviet Union. At 19, he was arrested and sentenced to a year of corrective labor after he informed the police about a case of embezzlement at a logging site he used to work at. 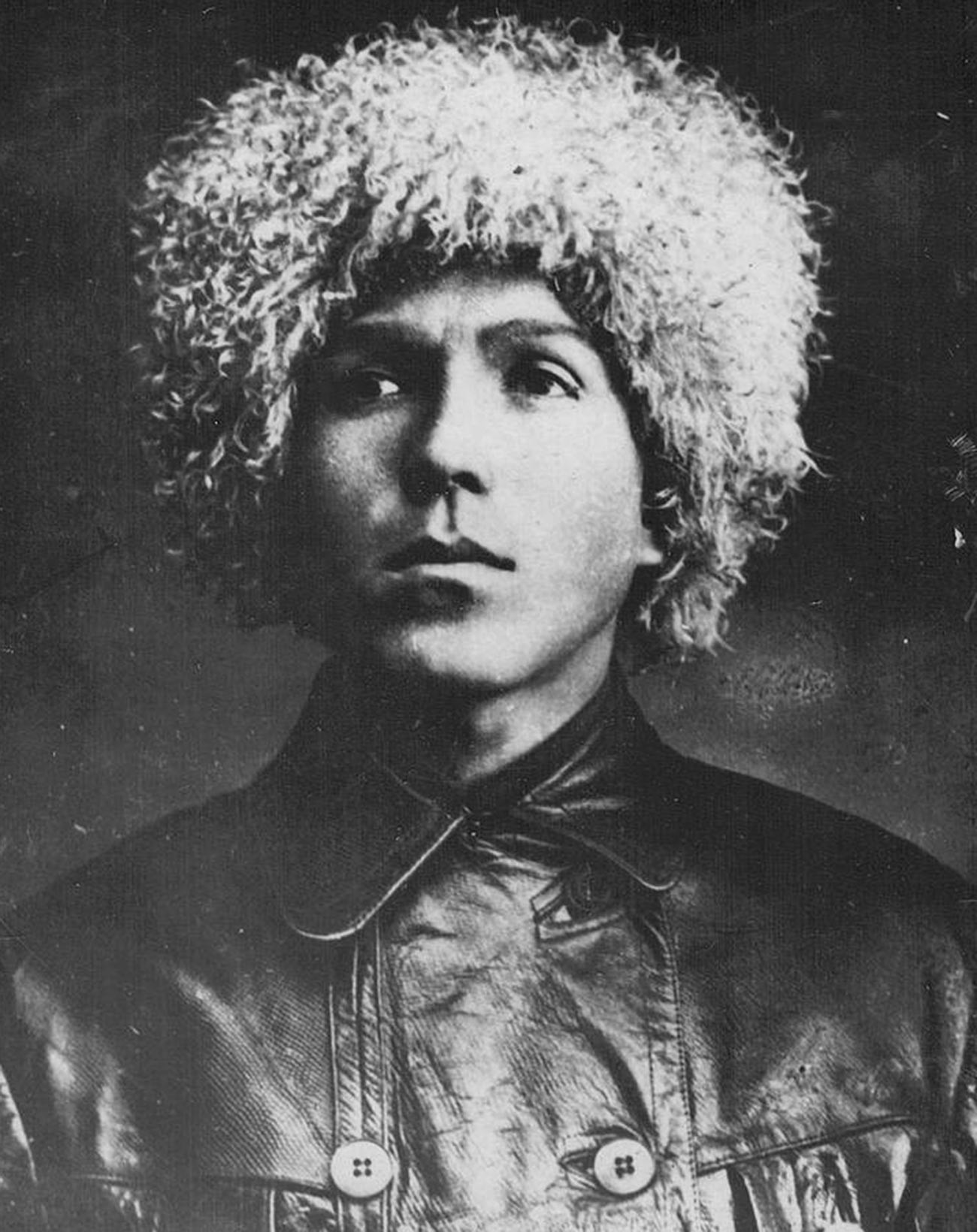 Photo of Nikolai Kuznetsov taken in 1930.

In the environment of pervasive suspicion and arrests prevalent in the USSR in the 1930s, a person with such a tarnished reputation could have become an easy target for the repressive machine, but a fortunate concurrence radically changed the course of Kuznetsov’s life.

First and foremost, the young man demonstrated a visible propensity for foreign languages, most of all German. Proficient, he mastered various dialects of the language with ease.

Suppressing opponents of collectivization in 1932, the daring Kuznetsov came onto the radars of the NKVD, the Soviet police and intelligence agency. 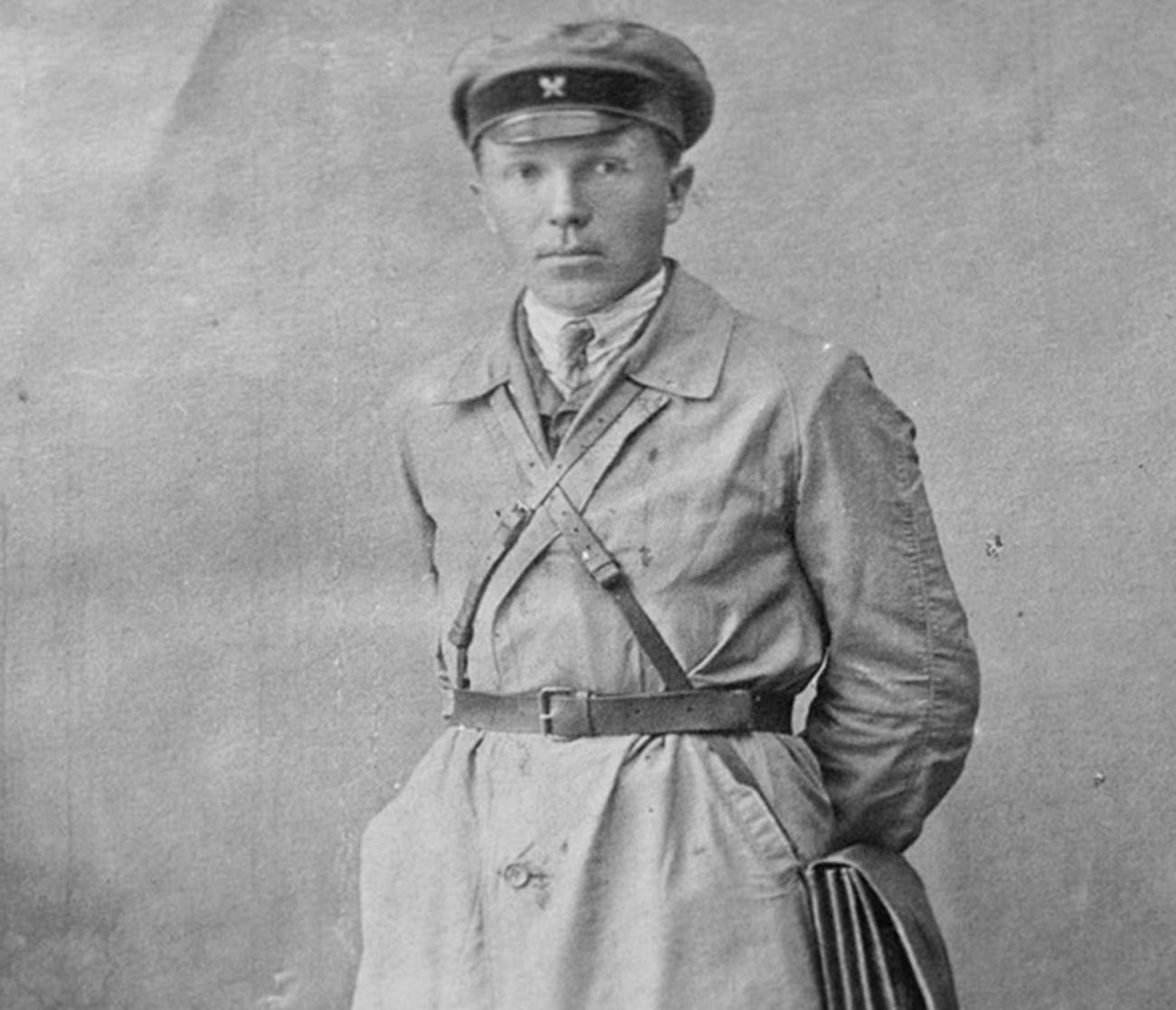 Recommended to Leonid Raikhman, one of the NKVD administrators, as a promising intelligence officer, Kuznetsov impressed him with his German and his appearance.

“When he first stepped on the threshold, I was absolutely aghast: a true Aryan! He was taller than average, slim, thin, but sturdy, blond, straight nose and gray-blue eyes. A real German, but without the signs of aristocratic degeneration. And a fine posture, like that of a professional military man and this is a Ural lumberjack!” said Raikhman of the candidate.

Kuznetsov’s wartime mission was paramount: He was to pose as a Nazi officer, infiltrate the occupying forces on the Ukraine territory and methodically and mercilessly kill high-ranking Nazi officials. 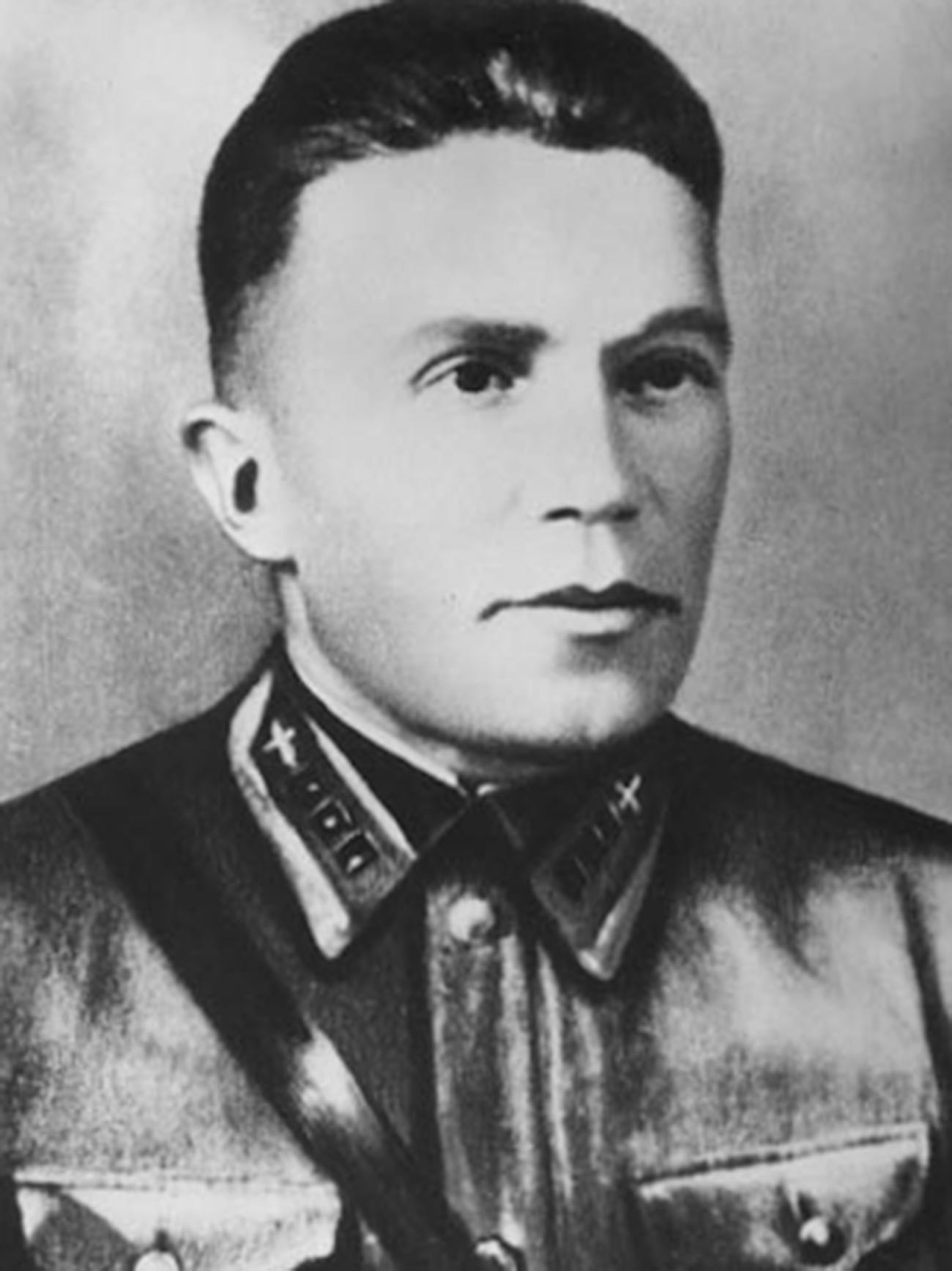 Those who accidentally escaped Kuznetsov’s justice were sure to face their fate later, sometimes in a matter of days.

Paul Dargel, who lost his legs on September 30 as a result of the aforementioned grenade blast, was also Kuznetsov’s target in an assassination plot attempted only a few days earlier. The Soviet hitman mistook another Nazi official for Dargel and killed him with three shots. Disappointed with the outcome, Kuznetsov hunted down his initial target at the very same spot he had killed Dargel’s unlucky lookalike.

Tensions were heating up with each new successful murder of yet another Nazi official. Paralyzed with a series of killings, the occupying Nazi forces launched a crackdown to stop the Soviet undercover spy. 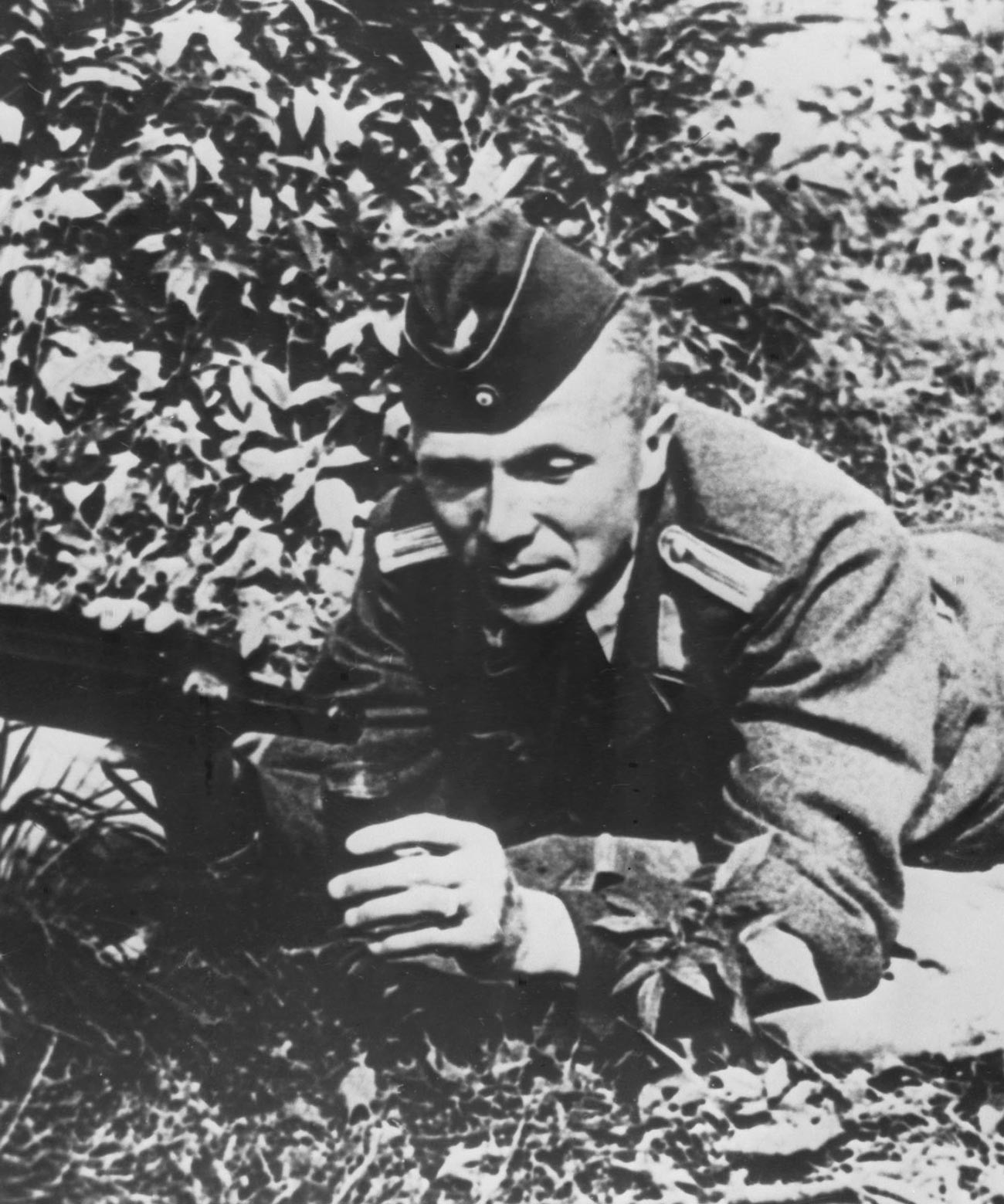 Soviet scout Nikolai Kuznetsov in the uniform of a German officer.

According to colonel Dmitry Medvedev, one of the leaders of the Soviet partisan movement in occupied Ukraine, the Soviet spy avoided being caught thanks to a combination of quick wit and exceptional sense of humor.

Realizing the Nazis were stopping every car on the streets of Rivne to interrogate passengers in search of him, Kuznetsov, dressed in a Nazi uniform, parked his car and joined the effort, stopping other cars and interrogating the Nazis about the whereabouts of the most wanted undercover hitman in their ranks.

In his memoirs, Medvedev described the ironic interaction between the Soviet spy and a Gestapo officer:

— Don’t worry, Herr Kapitan,” says one of the passengers, showing his Gestapo badge, “we are catching the same bandit.”

Commenting on his undercover job, Kuznetsov allegedly said: “I seem to be the most cheerful and the most confident [Nazi] officer out there!”

Kuznetsov had been successfully evading the Nazis’ revenge for years. In the course of his work, he is said to have uncovered the location of Hitler’s secret headquarters named ‘Werwolf’. Also, he is believed to have uncovered information that helped prevent ‘Operation Long Jump’, a Nazi plan to simultaneously assassinate Roosevelt, Churchill and Stalin during the Tehran conference in 1943. 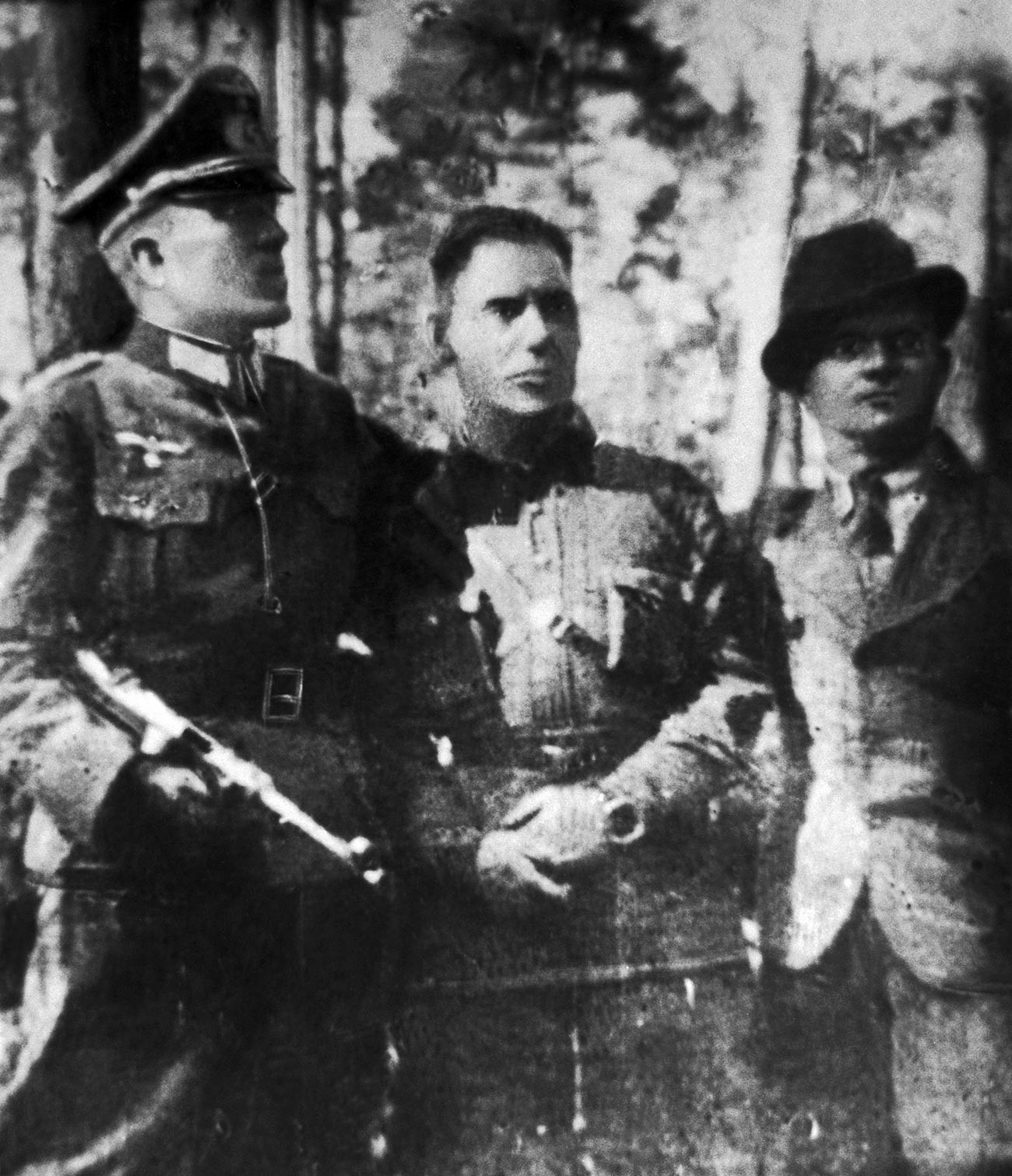 Nikolai Kuznetsov in the uniform of a German officer (left) with commissar of a partisan detachment Stekhov and Gnidyuk.

The legendary Soviet spy was eventually killed in March 1944, when he tried fleeing occupied Ukraine and joining partisans. His fate was unknown to the Soviet authorities up until 1959, when a Soviet search team discovered Kuznetsov’s alleged remains. Posthumously, Nikolai Kuznetsov was awarded the title of Hero of the Soviet Union.

Click here to read a story of a MERCILESS KGB hitman who lost everything over a woman.