How a MERCILESS KGB hitman lost everything over a woman 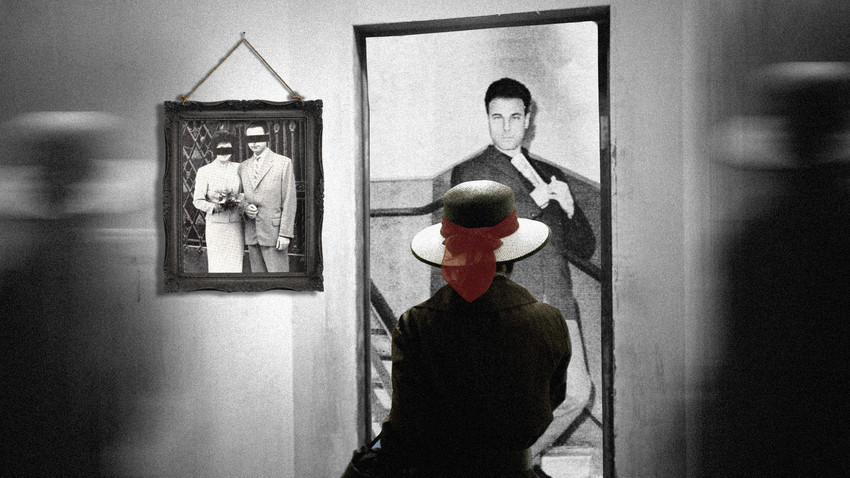 Kira Lisitskaya (Photo: Foreign Intelligence Service of Ukraine)
Bohdan Stashynsky ruthlessly executed enemies of the Soviet state, but discredited himself after he met the love of his life, who had opposite convictions.

On October 12, 1957, Lev Rebet, one of the key figures of the Ukrainian nationalist movement in exile, came to his place of work in Munich. As Rebet was walking up the stairs to the office building, he saw a young man. When the man approached Rebet, he raised his hand, fired a shot of mist in his face and quickly left the building. Rebet died immediately of cardiac arrest, or so it seemed.

The dexterous killer behind the murder was Bohdan Stashynsky. He was recruited by the KGB to chase and execute enemies of the Soviet state abroad. Little did he know, his passion for a German woman would make him a target, too.

Stashynsky discovered his unlikely talent by pure chance shortly after World War II ended. Detained for riding a train without a ticket, the cash-strapped student of Lviv Pedagogical Institute was recruited by Soviet intelligence on the spot.

The young man was of interest to the Soviet security apparatus, because he came from a family with close ties to the Ukrainian nationalist movement, headed by highly controversial figure Stepan Bandera, an ardent anti-communist, who pledged allegiance to Adolf Hitler as the Nazi troops were invading the Soviet Union and headed the organization responsible for numerous crimes, including murder, kidnapping and counterfeiting. 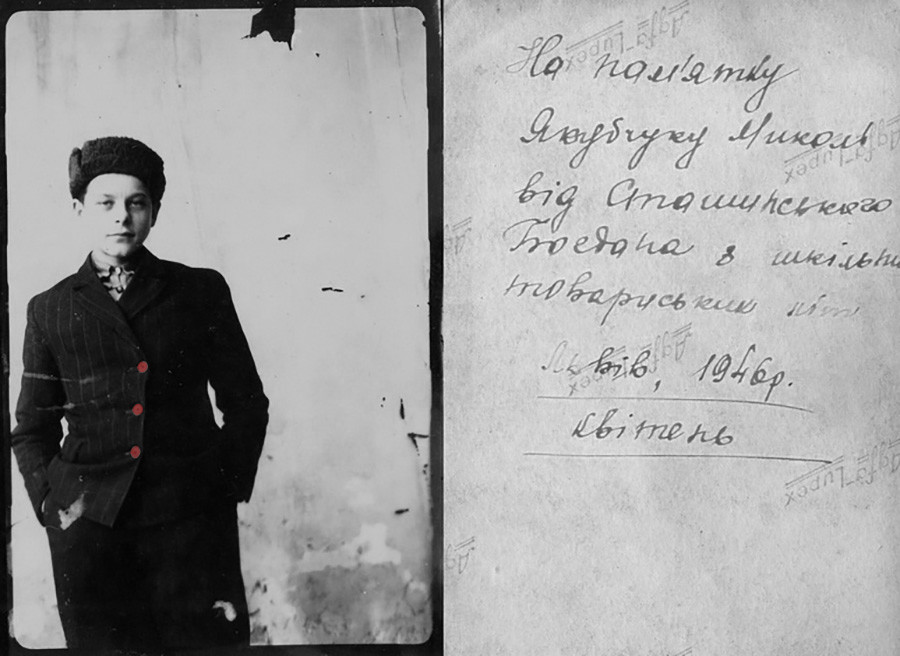 Stashynsky came from a family with close ties to the Ukrainian nationalist movement.

“When he was recruited, he adopted many of the tenets of Communist ideology as self-justification. He had convinced himself that the armed underground was doomed and that the communist regime had some positive things in it for Ukraine and for the Union as a whole,” says Serhii Plokhy, Professor of Ukrainian history at Harvard University, in an interview.

For a few years, Stashynsky honed his skills through infiltrating underground rings of Ukrainian nationalists and busting them with his KGB colleagues. But the man’s knack for languages, his decisiveness and, most importantly, his slyness made him a natural choice for the dirty job that has been planned at the top of the Soviet hierarchy. Stashynsky went abroad, to post-war Germany, tasked to kill the man worshiped by his family and loathed by Moscow — Stepan Bandera.

Killing the enemy of the state

In 1957, Stashynsky settled in Berlin under the new identity of Josef Lehmann. After Stashynsky had successfully tested a poison mist gun, which left no sign of forced death on his first victim Lev Rebet, his handlers sanctioned the death of Bandera who resided in Munich, also under a different identity. 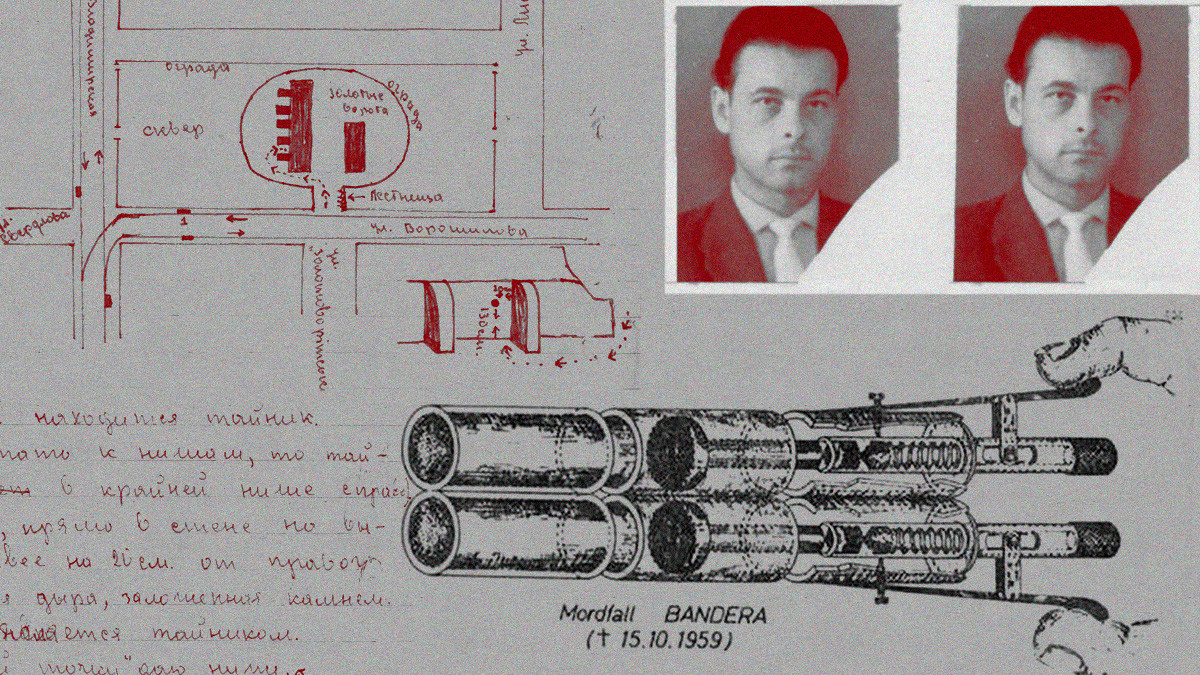 Stashynsky had successfully tested a poison mist gun, which left no sign of forced death on his first victim.

On October 15, 1959, Stashynsky followed his target to his house’s porch. Approaching Bandera, who was struggling with the lock, the hitman asked if the key was alright. When Bandera raised his head to answer, Stashynsky fired poisonous mist in his face. The man collapsed instantly and died shortly afterward. 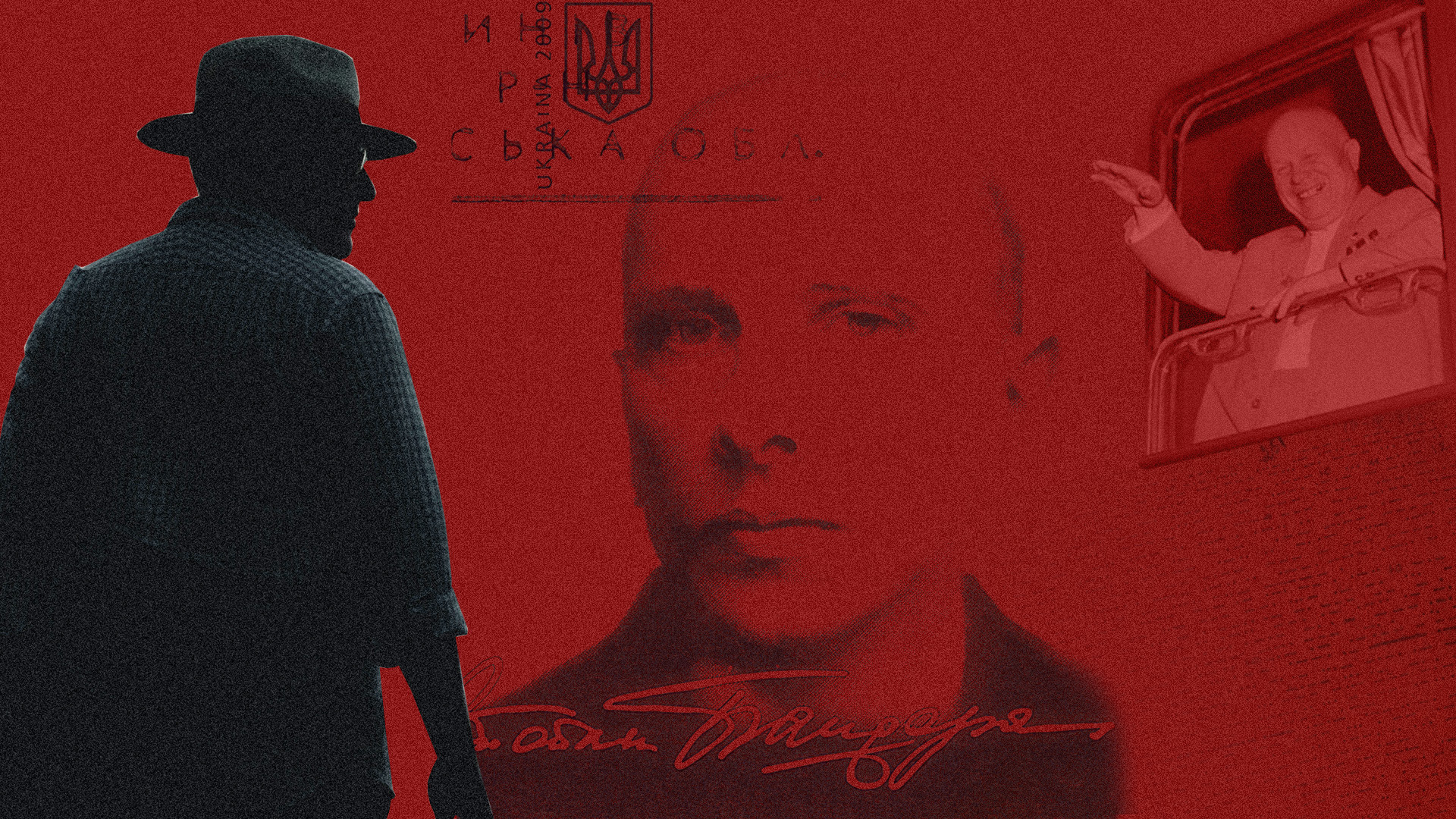 On October 15, 1959, Stashynsky followed his target to his house’s porch.

The mission was complete and Stashynsky should have been happily receiving acknowledgment and decorations in Moscow, but his success was overshadowed by a personal concern of a delicate nature. While in Berlin, the Soviet spy had fallen for a local German woman, who was, ironically, an ardent anti-communist.

“[…] Despite the prohibition of his handlers in the KGB, he insisted at a meeting with Shelepin [the head of the KGB at the time] that he be allowed to marry Inga Pohl, a German from the GDR, who was very anti-Russian and anti-Soviet,” said Plokhy.

The German paramour of the KGB agent had no knowledge of the true nature of her partner’s occupation. When Stashynsky opened up to her, Pohl was shocked, but did not denounce her beloved, nonetheless. 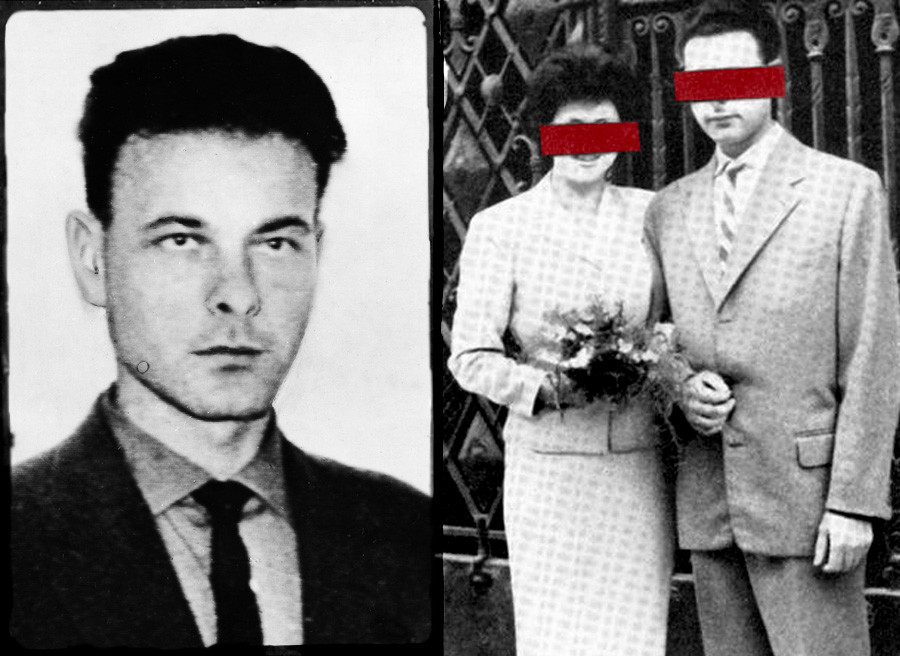 When Stashynsky opened up to her, Pohl was shocked, but did not denounce her beloved, nonetheless.

Surprisingly, the KGB allowed Stashynsky to marry the woman of his choice and the two settled in Moscow. When it was time for Pohl to give birth to Stashynsky’s son, she was allowed to go to her native Germany. But the spy who compromised himself by marrying a woman of clearly anti-Soviet convictions, which revealed itself during the couple’s stay in Moscow, was bound to remain in the USSR.

“I don’t think he was a fanatic, but the propaganda ideas that were offered to him as justification for his activities, he accepted and it became part of his new identity. […] His desire to marry Inga and certain doubts about Communist ideology, due to his religious upbringing suggests that there was a struggle between these two beginnings: family upbringing and service in the KGB. In the end, this conflict culminated in his flight to the West,” said Plokhy.

Only four months after his birth, Stashynsky’s son died in Germany. The spy was allowed to attend the funeral, but he used the chance to flee the Soviet Union and reveal details of his operations to the CIA.

On August 13, 1961, Stashynsky and his wife sneaked out of their house, leaving the unburied coffin with their deceased infant behind. Stashynsky surrendered to the police in West Germany and was subsequently handed over to CIA agents.

Stashynsky’s revelations triggered a highly resonant court hearing, where the names of Shelepin and Khrushchev were raised in relation to the killings in Germany. Considered to be a mere perpetrator of politically motivated murders, Stashynsky received a comparatively short sentence of eight years in prison.

Inga Pohl divorced the convicted and, perhaps heartbroken, Soviet spy in 1964, before he was released on parole in 1967. After being released, Stashynsky covered his tracks masterfully. According to various sources, he might have gone to the U.S. or South Africa, changing his appearances by means of plastic surgery. It’s unknown for certain if the retired hitman remains alive today.