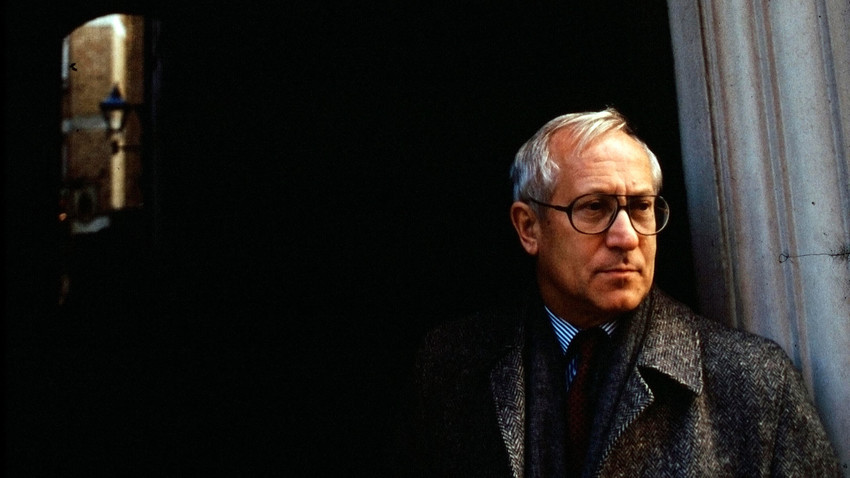 Getty Images
Oleg Gordievsky is listed among the most damaging double agents in the history of the KGB.

When British intelligence officer Michael Bethany contacted the KGB with an offer of cooperation and passed sensitive documents, the KGB resident in London dismissed the offer, thinking it was a trap set by MI5. Before Bethany could make another attempt to contact the Soviets, colonel of the KGB Oleg Gordievsky was informed about the contact. Soon thereafter, the British intelligence officer wishing to work for the Soviets was arrested in the UK. Although the KGB didn’t know this yet, the British turncoat was arrested thanks to Gordievsky’s tip, as the KGB officer was secretly working for the MI6 as a double agent.

Oleg Gordievsky is widely recognized as one of the most damaging double agents in the history of Soviet espionage. The future defector entered the KGB’s First Chief Directorate in 1962, at the peak of the Cold War between the Western and Socialist blocks. The First Directorate was responsible for covert operations abroad, foreign intelligence and management of covert agents. From the very beginning of his work for the KGB, Gordievsky found himself entangled in the spy games.

The job promised benefits other Soviet people did not get. For example, the officers of the First Directorate had a unique opportunity to live and work abroad in countries of the capitalist block. At the beginning of his career, Gordievsky was stationed in Denmark.

“I had to procure documents of deceased people or those who left [the country], so that [KGB’s] Directorate C [illegal intelligence] could use them. I went to cemeteries where I looked for graves of newborns, visited priests to get books of birth and death registrations,” said Gordievsky in one of many interviews he gave after his defection to Britain. 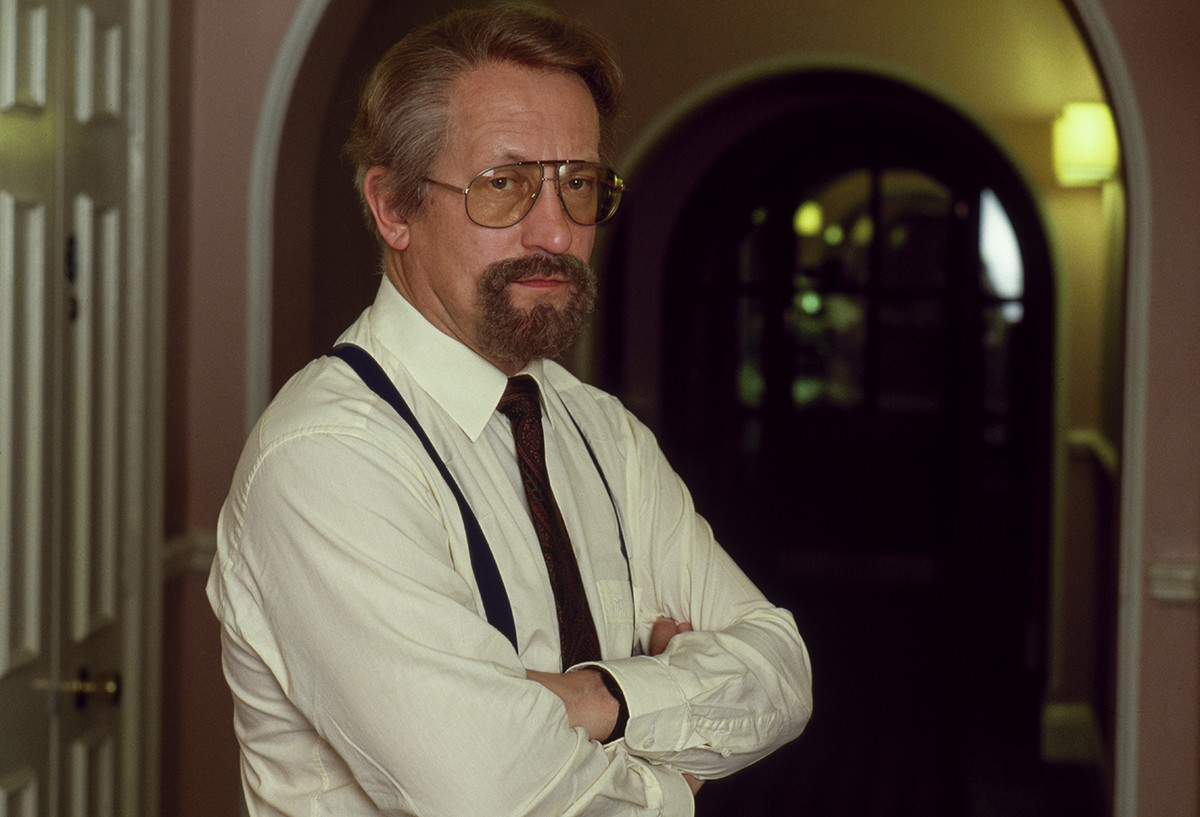 "I wanted to work for British intelligence and was looking for a chance to do so."

It was in Denmark that the British MI6 approached the young Soviet undercover intelligence officer, who, it turned out, was himself seeking an opportunity to serve the crown.

“I wanted to work for British intelligence and was looking for a chance to do so. There was an Englishman — an MI6 officer working under diplomatic disguise — who wanted to recruit me. I wanted to be recruited and he wanted to recruit me. In 1974, we began to meet, first in a small brasserie and, later, he invited me to a safe-house where we would work,” said Gordievsky.

The turncoat agent said he grew disillusioned by the Soviet system after Khrushchev launched the denunciation of Stalin and Berlin got divided by a wall. Although it’s impossible to confidently conclude what drove Gordievsky to change sides — whether it was a genuine conviction that the Soviet system was corrupt, thirst for adventure, selfish interests, or material benefits — the fact remains: by 1974, the KGB intelligence officer tasked with handling covert agents in Europe had begun working for MI6.

In 1982, Oleg Gordievsky started working in London under diplomatic cover. A brief encounter with Soviet politician Mikhail Gorbachev, who visited London in 1984, boosted Gordievsky’s career: he became the acting head of the KGB cell in London with bright prospects of the “acting” part being dropped soon.

Gordievsky’s position within the KGB skyrocketed, along with his value as a double agent for the British MI6. However, the arrest of a CIA turncoat cast a shadow on Gordievsky and made his superiors in Moscow suspicious of his true allegiance.

“I was given away by Aldrich Ames sometime between April 15 and May 1, 1985. I received a panicked telegram from the center with a clear intention to call me off on the pretext of approving my candidacy on the post of the [KGB] resident [in London],” said Gordievsky. 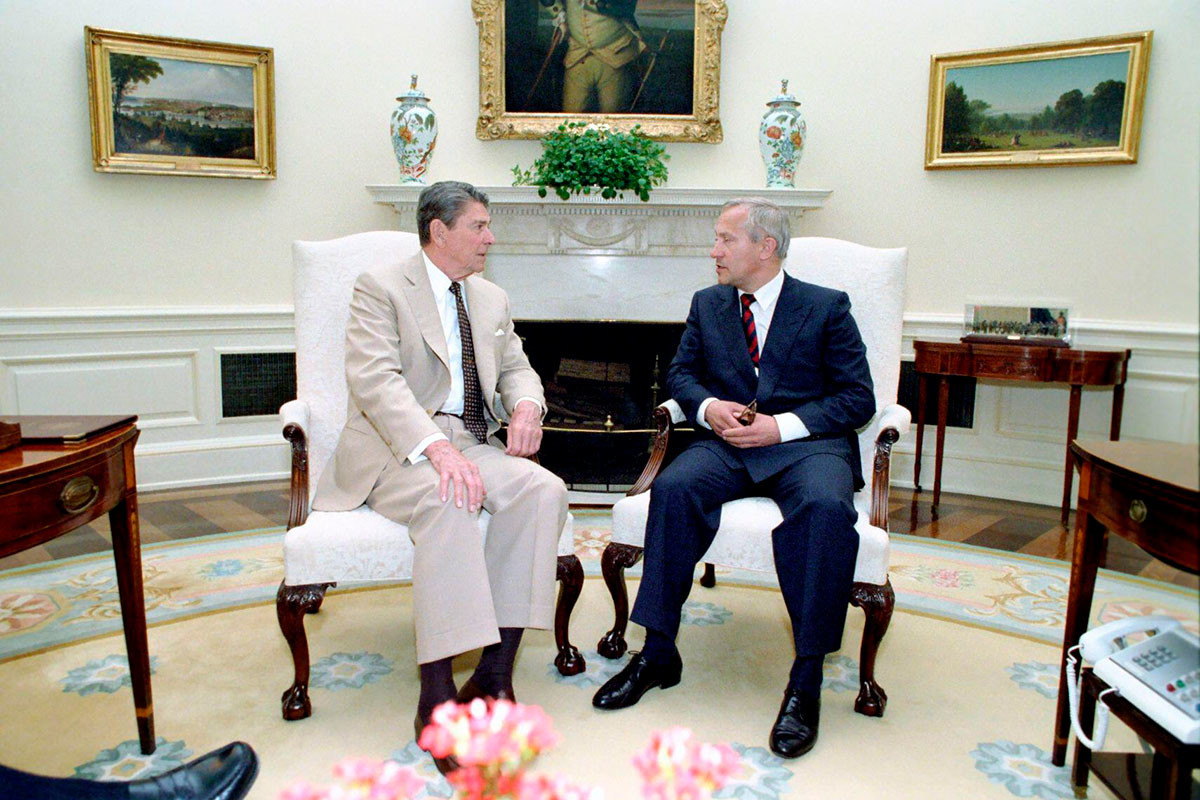 Although Gordievsky suspected he could have been exposed as a double agent, he, nonetheless, complied with the order and returned to Moscow. Upon returning to the USSR’s capital, Gordievsky faced interrogation from his superior, General Grushko.

“[After Grushko’s questioning], two well-built fellows entered the room and offered to drink with them. I refused as forcefully as I could […] but they did not listen to me. They poured me some cognac and I felt like someone else. My task was to outlast [the effect of drugs]. I was hardly able not to lose the remainder of my clear mind. This lasted for four hours while the interrogation went on,” said Gordievsky.

Gordievsky woke up in an apartment and realized he was not arrested as a result of the interrogation. He concluded that he withstood the questioning, but also realized his position was as precarious as ever. He decided to flee the USSR for good and initiated the escape protocol, which the British had developed for him in case he needed to escape Soviet justice.

The scheme to exfiltrate the double agent from the Soviet territory was codenamed ‘Operation Pimlico’.

To notify the British about the need to initiate the exfiltration, Gordievsky shook off KGB surveillance and clandestinely met a British spy in the center of Moscow. Then, Operation Pimlico entered the execution phase.

According to the plan, the busted double agent had to leave Moscow for Leningrad (now St. Petersburg), then take a bus north to Vyborg, a Russian town close to the border with Finland. On the pretext of feeling bad, Gordievsky made the bus driver stop and got off the bus midway.

“I didn’t know where exactly I was supposed to meet the British, I only had a description of the meeting place,” he said. 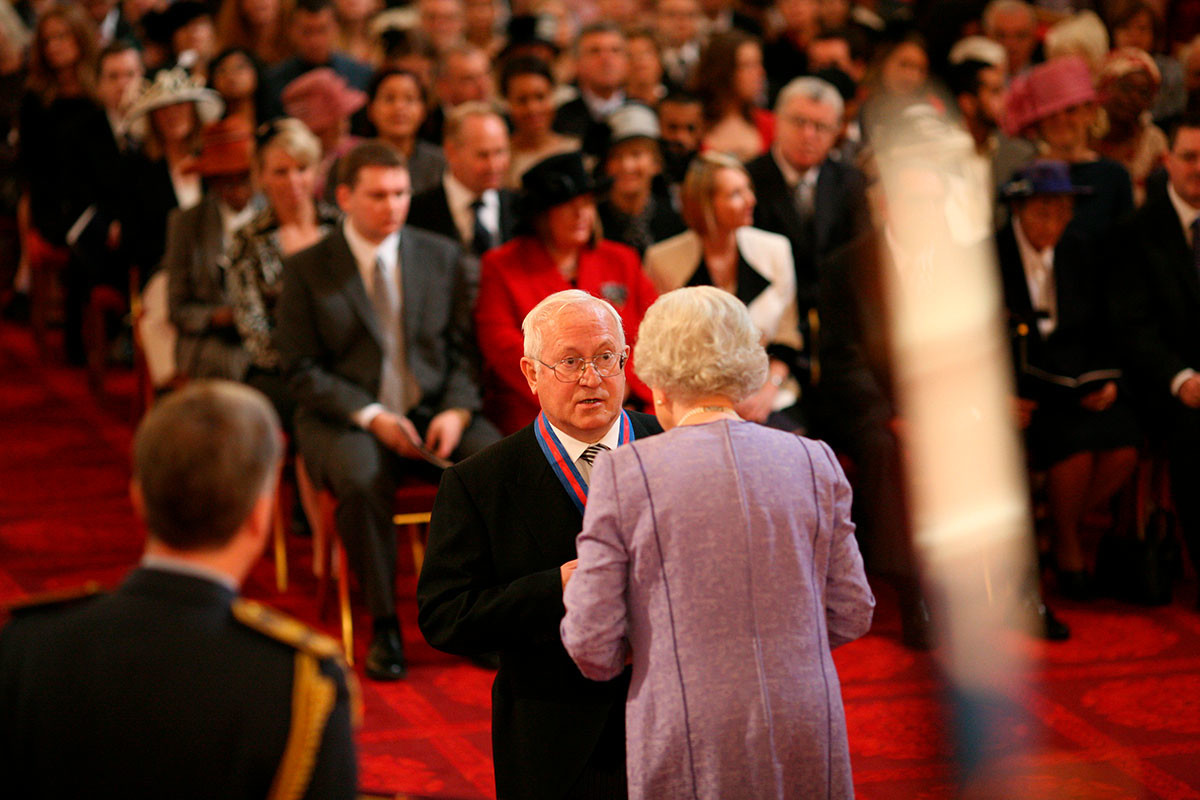 Oleg Gordievsky was made a Companion of the Order of Saint Michael and St George by The Queen at Buckingham Palace.

After three hours of waiting in the forest, the escapee saw two cars with diplomatic plates. These were his British rescue team.

“They were able to get out of the KGB escort’s sight behind a curve for a mere minute. I dived into a boot and the cars continued before the KGB car appeared from around the corner. My driver turned on loud music which took my mind off of sad thoughts,” said Gordievsky.

Passing multiple Soviet checkpoints, the British agents relied on the diplomatic plates for the cars not to be checked at the border crossings. Surprisingly, the plan worked.

“We crossed the border checkpoint and, as was agreed, the driver switched the rock music for [Finnish composer] Sibelius. Then I realized: we were on Finnish land,” said Gordievsky. 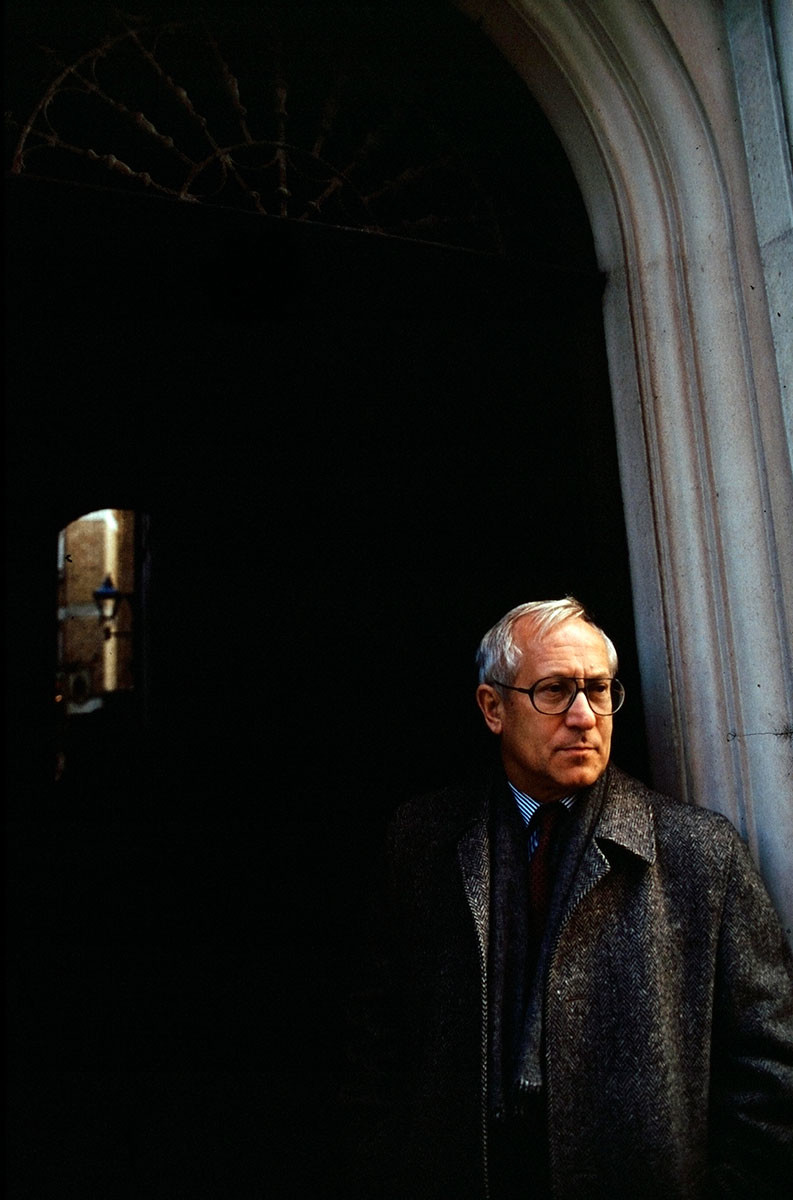 "They were able to get out of the KGB escort’s sight behind a curve for a mere minute. I dived into a boot and the cars continued before the KGB car appeared from around the corner."

The bold exfiltration worked out and the ex-KGB intelligence officer ended up in Great Britain, where he lives to this day. In the USSR, he was sentenced to death in absentia for treason. Mass media reported that the order has not been rescinded, even after the collapse of the USSR.

After fleeing the Soviet Union, Gordievsky met British PM Margaret Thatcher and allegedly convinced her to lobby for the reunification of his family before the Soviet authorities. It did not work and Gordievsky’s wife and children only visited him after the collapse of the Soviet Union in 1991. The couple divorced soon thereafter.

In 2021, 82-year-old Gordievsky lives on a civil service pension in Great Britain, gives interviews to mass media and — according to former Russian intelligence officers — makes a living by trading sensitive information about Soviet and Russian secret services.

In public interviews, Gordievsky always emphasized he did not regret his choice of becoming a double agent.

Click here to read about the Soviet sabotage maestro who orchestrated political killings abroad and spied for the USSR.