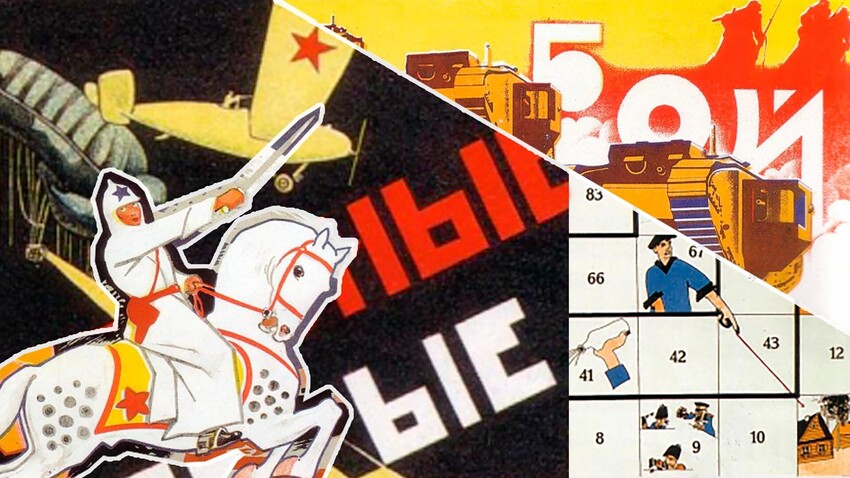 Russia Beyond
These war games aimed to inculcate a spirit of patriotism in the future defenders of the Soviet Motherland.

The USSR’s formative years were very difficult: the country suffered horribly during World War I, as well as from the destruction of the Revolution and a protracted civil war. War-themed board games appeared that reflected this harsh reality, but they also became a tool to sway the loyalty of the younger generation of children towards the emerging Soviet state.

The board game “Chemical warfare” was inspired by the chemical weapons that caused such terrible destruction during World War I, the first time in history that such weapons were ever used. The game was released in 1925. 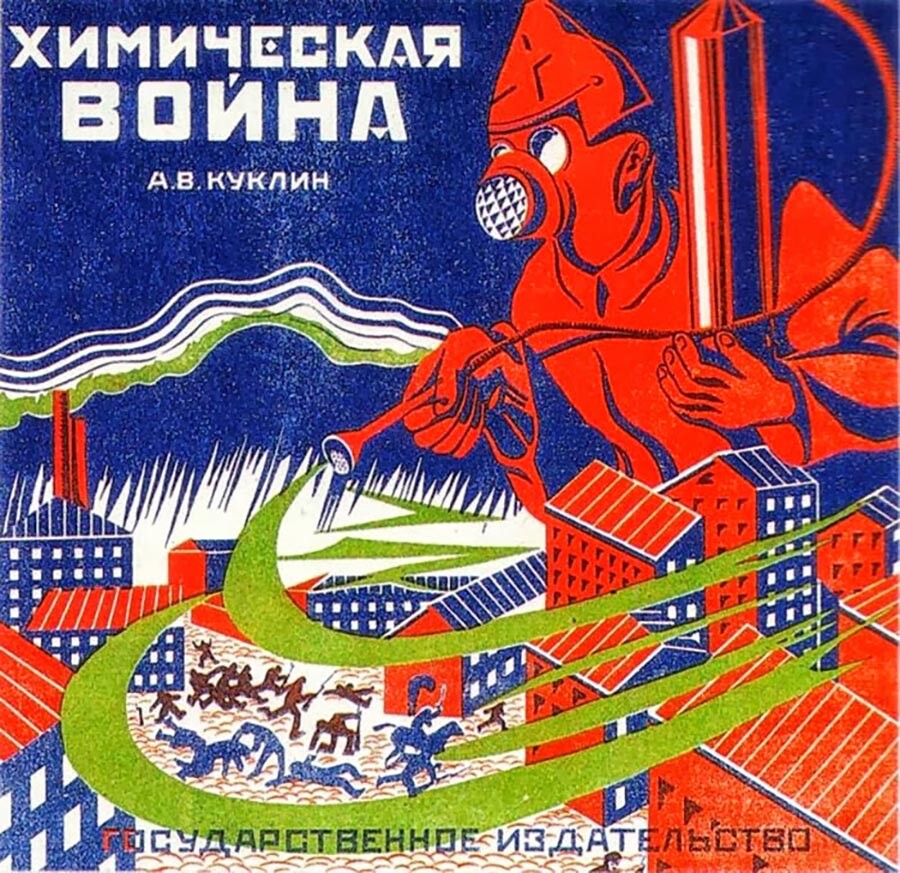 The Russian Revolution, a historical event considered sacred by generations of Soviet people, inspired this board game, aptly known as - “The Revolution”, and which was released in 1925. 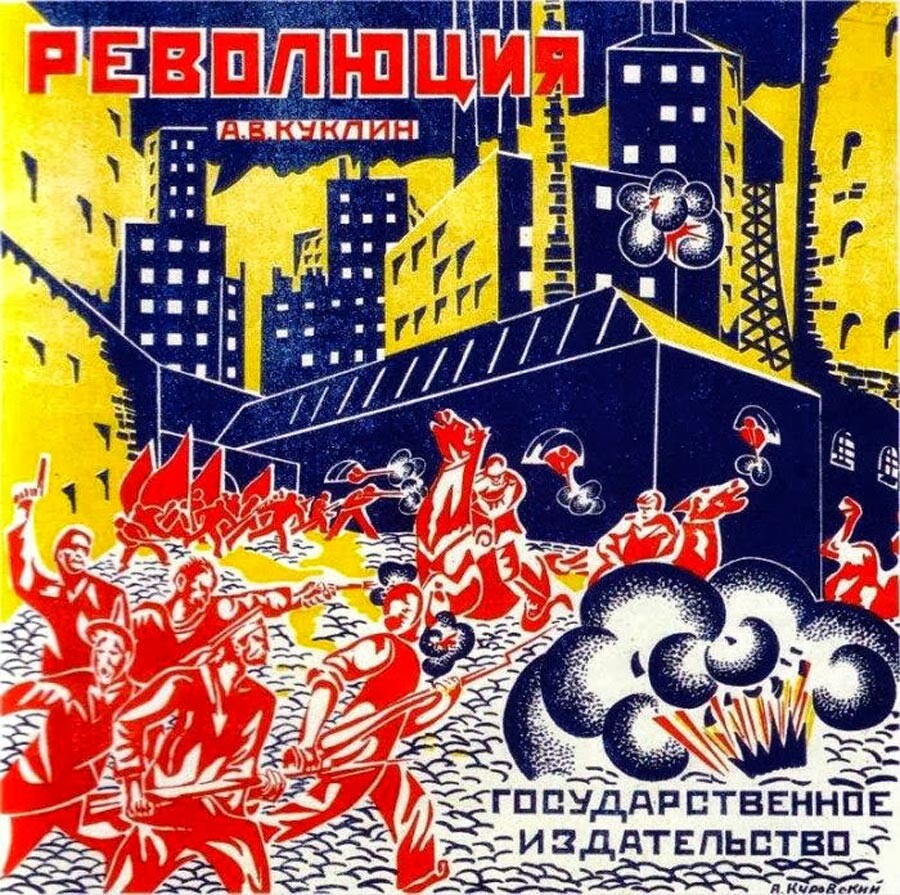 Warplanes, another innovative weapon used extensively during World War I, provided the idea for these two board games for Soviet children and which were released in 1925. Both versions were called “Aerial combat”.

This game, called “Modern warfare”, used an image on its cover of the glorious cavalry, which constituted a significant bulk of the early Soviet armed forces, even though the use of soldiers on horseback in warfare was becoming outdated. 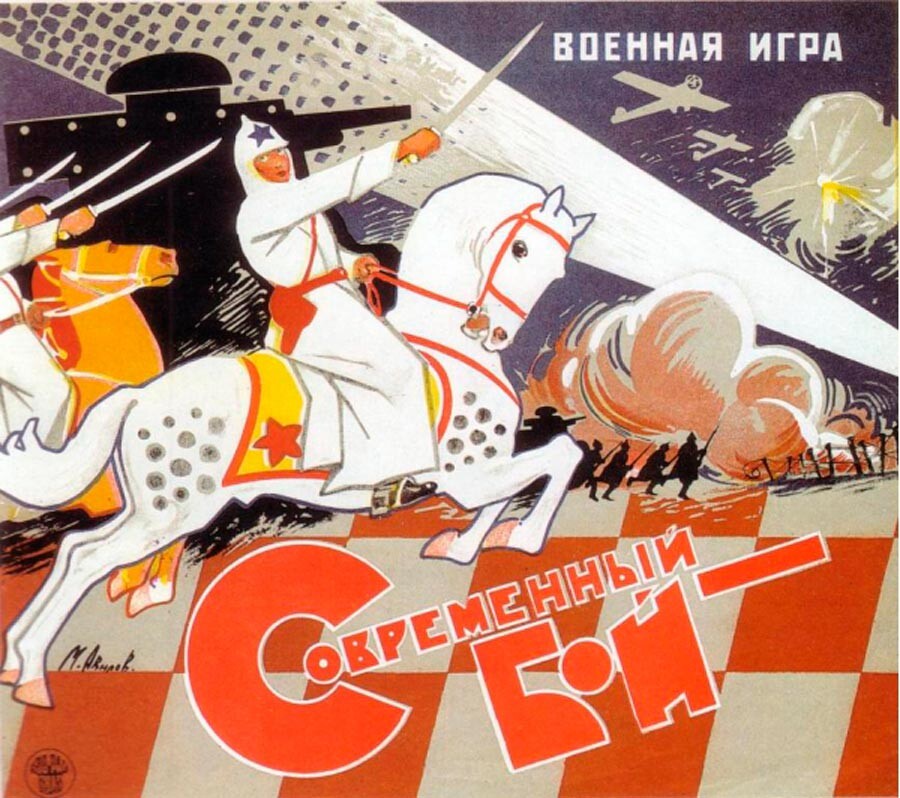 The “Tank warfare” board game was more in line with the most modern developments in military technology of the time. 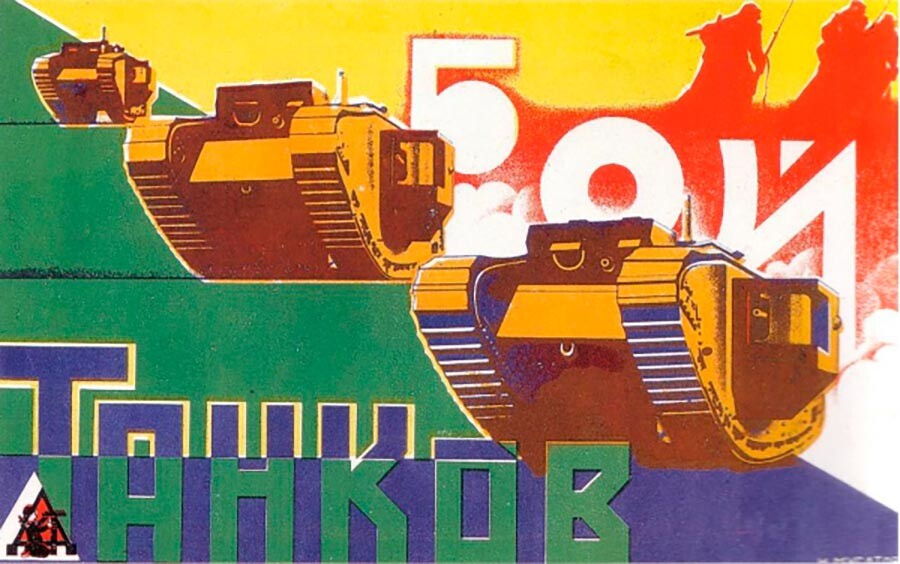 “Naval warfare” also reflected the importance of the Soviet navy at the time. 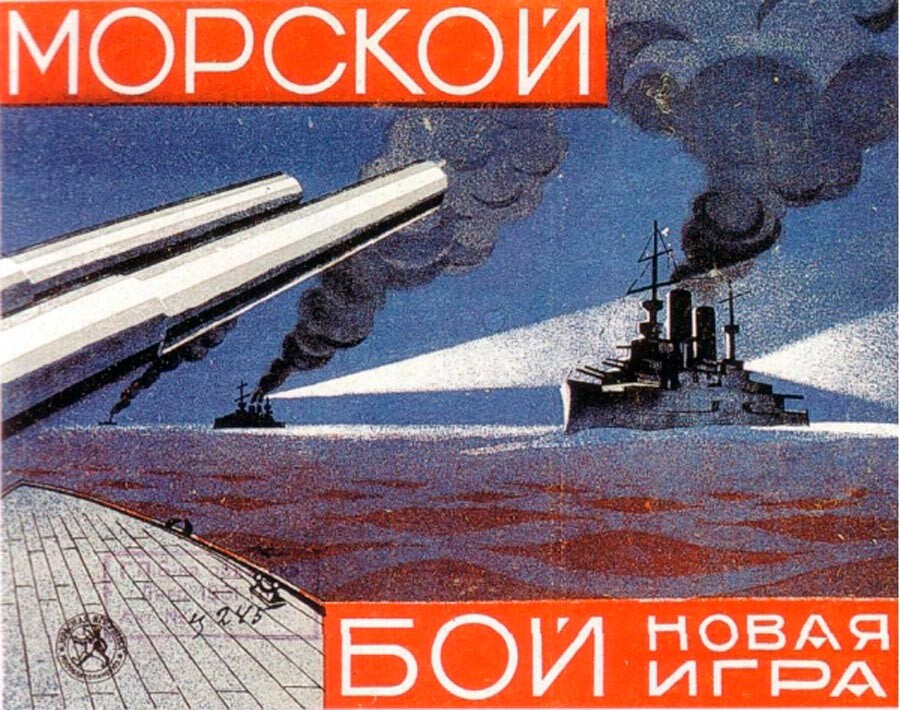 “Red and White” was a board game based on the most traumatic event of the early 20th century for Russians – the destructive civil war between the Red Army and the counter-revolutionary White Guard. 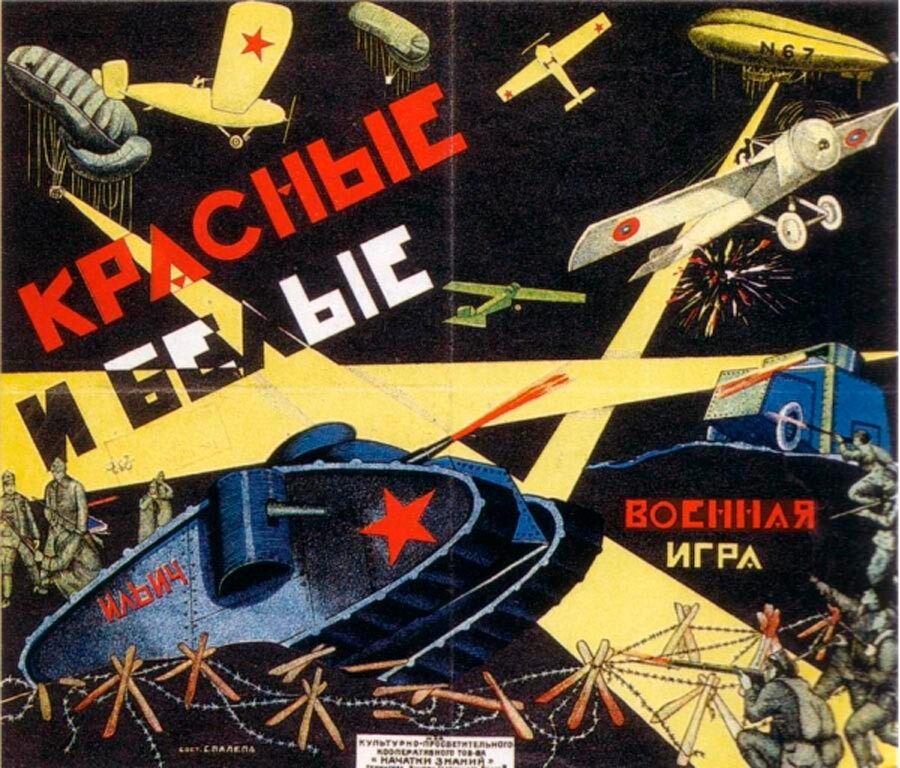 In this board game the world proletarian revolution was a player’s final destination. 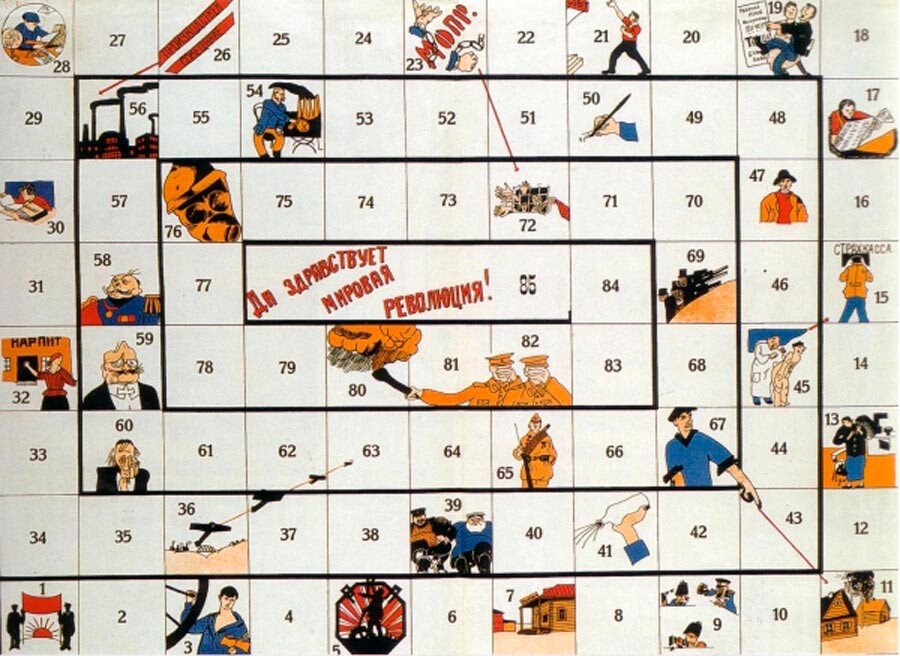 Not all board games of the early Soviet era encouraged combat. Some explored the aspirations of people who ardently believed in the new Soviet idea and way of life.

The board game “Electrification” highlighted the ambitious plans of early Soviet authorities to provide electricity to all settlements throughout the country. 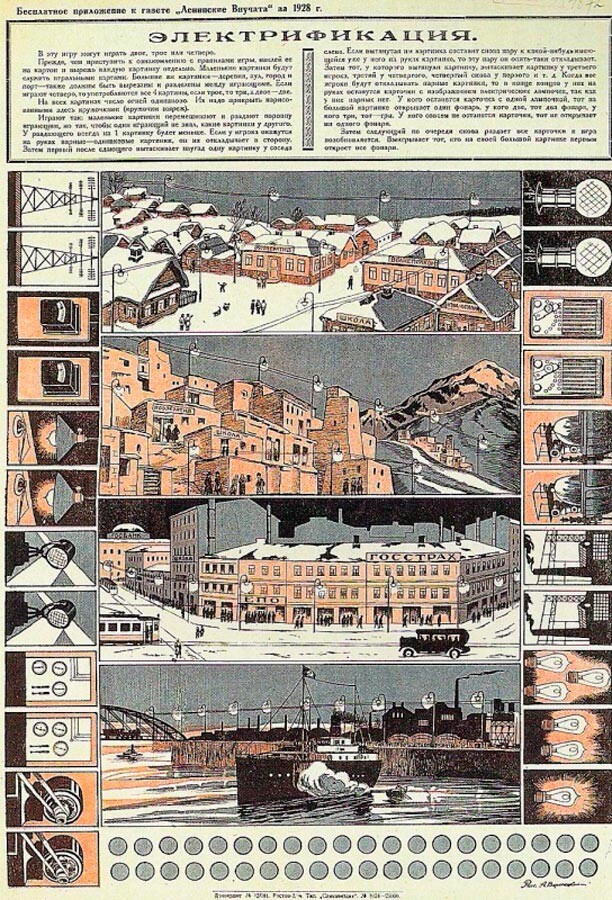 There was even a game called “We will give raw materials to factories!” It was released in 1930, and highlighted the fervor of early Soviet revolutionaries and their unshakable faith in the bright future of the USSR, as well as its power and industrial might. 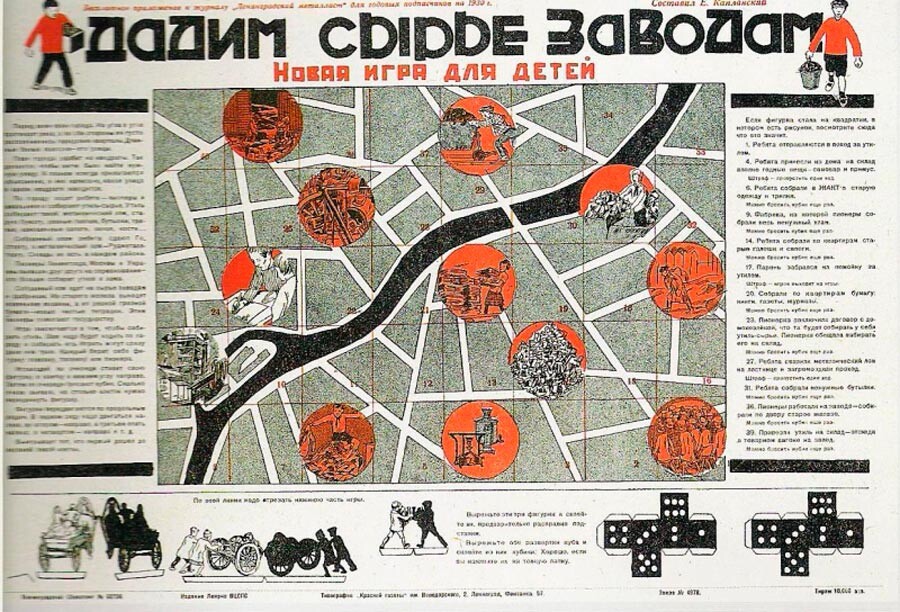 “The Moscow-China flight” board game was released in 1925. It had a very colorful board and taught some geography in the course of playing. 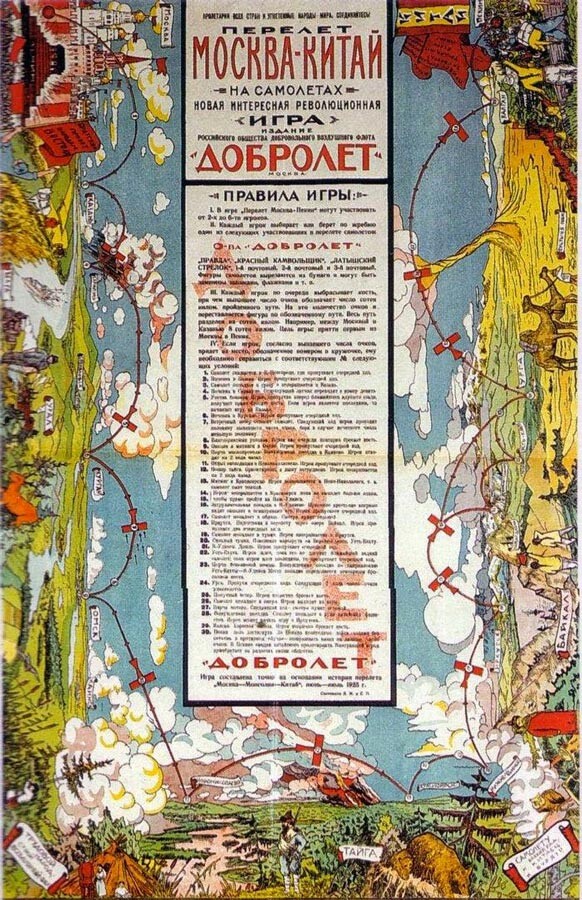 Another geography-oriented board game explored the theme of Arctic expeditions. 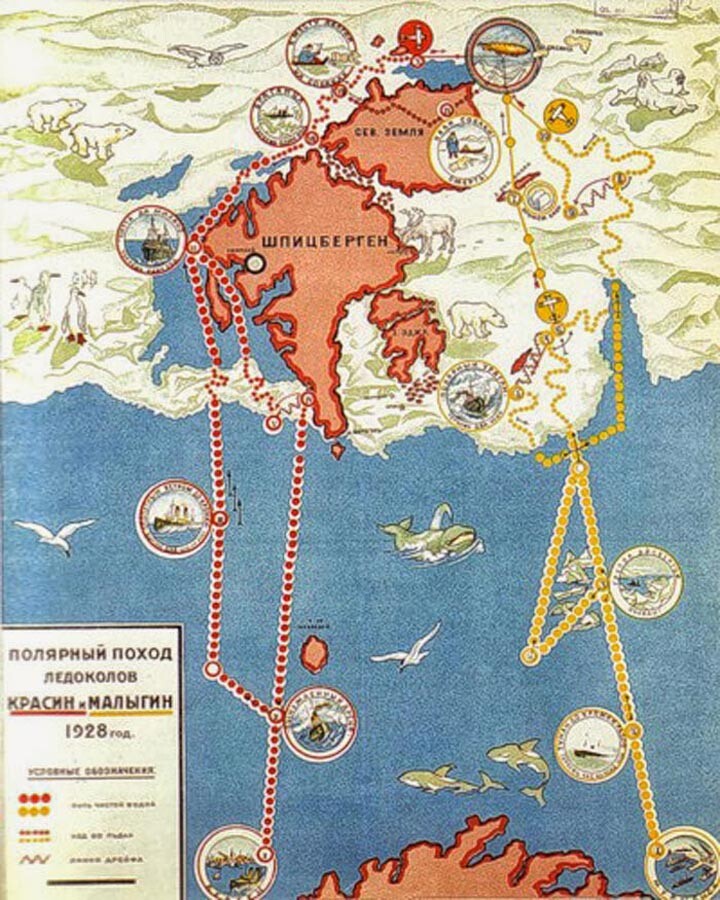