Lifestyle
Russia Beyond
These retro cards were incredibly popular across the country, and bring a nostalgic tear to the eye of anyone born in the USSR.

Soviet people didn't have a great choice of New Year gifts. Anything handmade, including pickles, was usually the best option for both sides, as well as some Soviet candies. 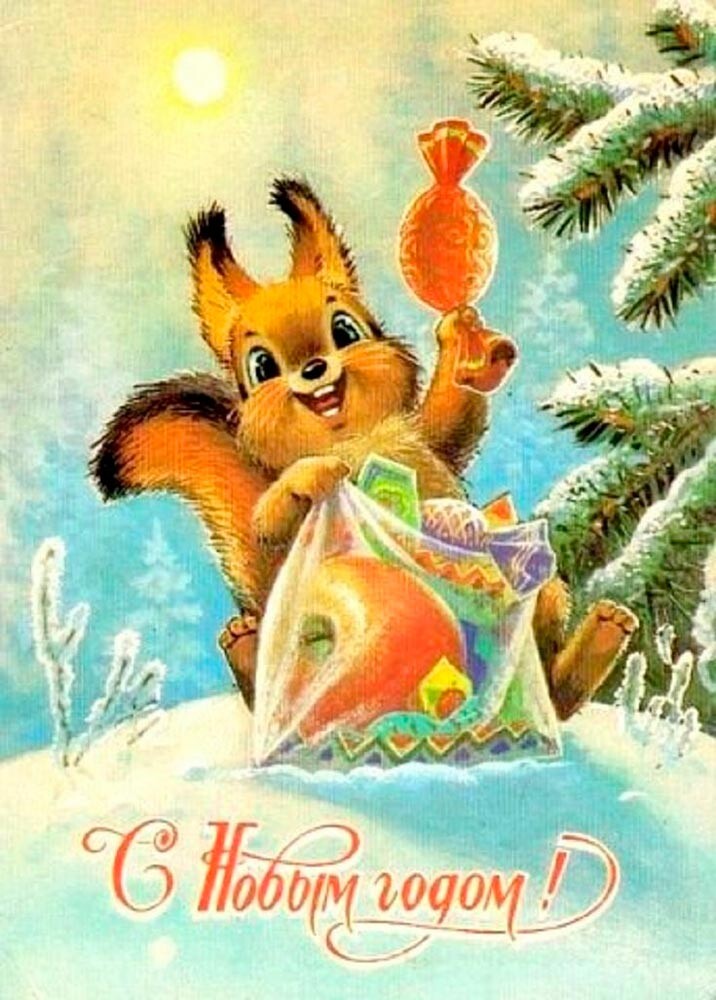 However, sometimes the only way to congratulate someone was by sending a postcard. The Soviet post office worked brilliantly and there was a huge choice of postcards to suit all tastes. 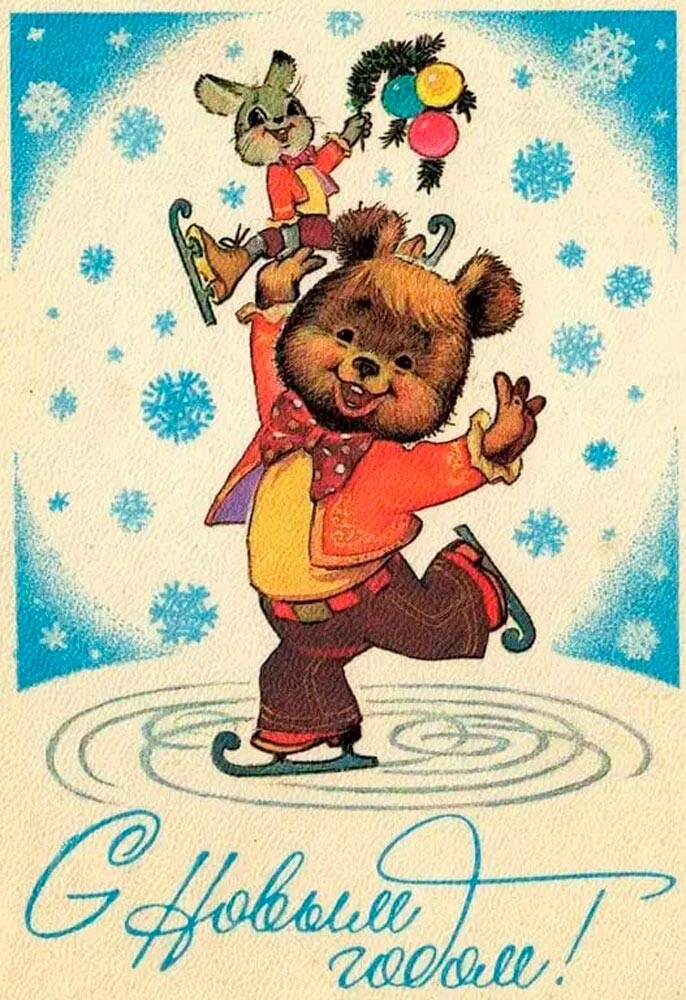 Most of them pictured cartoon animals, a Russian Santa named Ded Moroz and nice scenes from snowy forests. 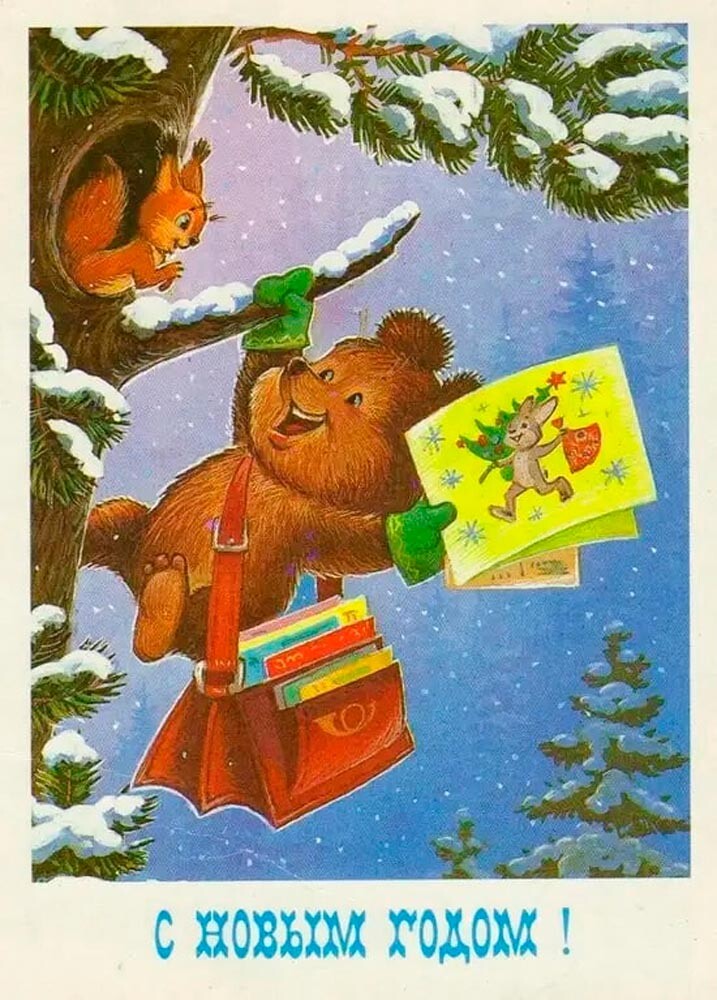 Anyone born in the USSR has certainly seen these postcards drawn by Vladimir Zarubin. His style is very well recognized, and the images of hares, squirrels, skating bears and smiling snowmen are just so pleasing to the eye. 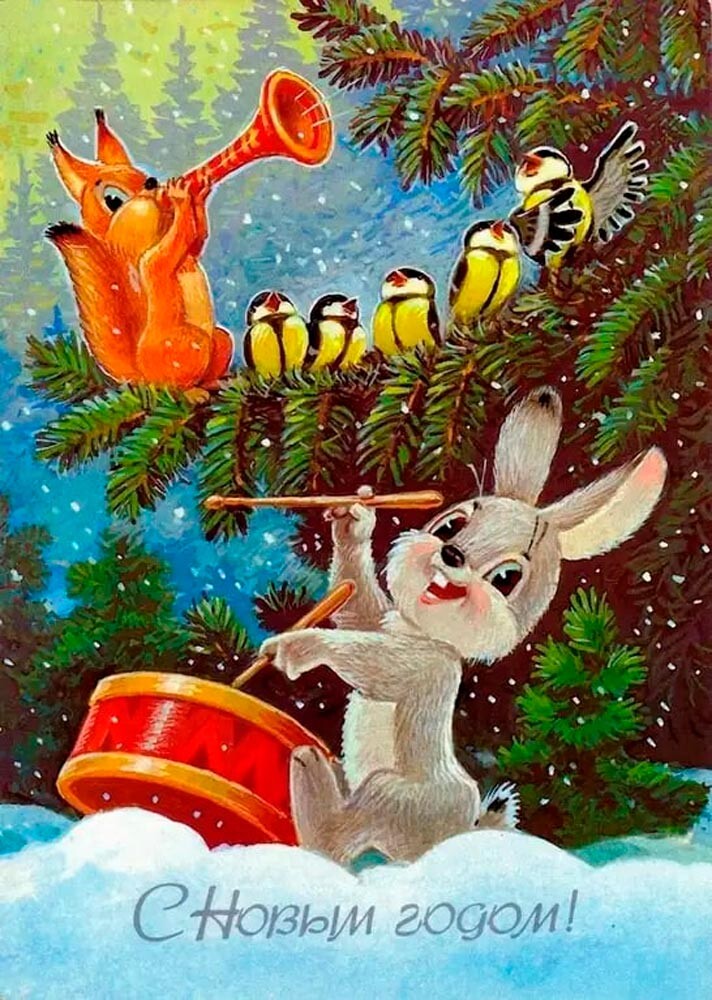 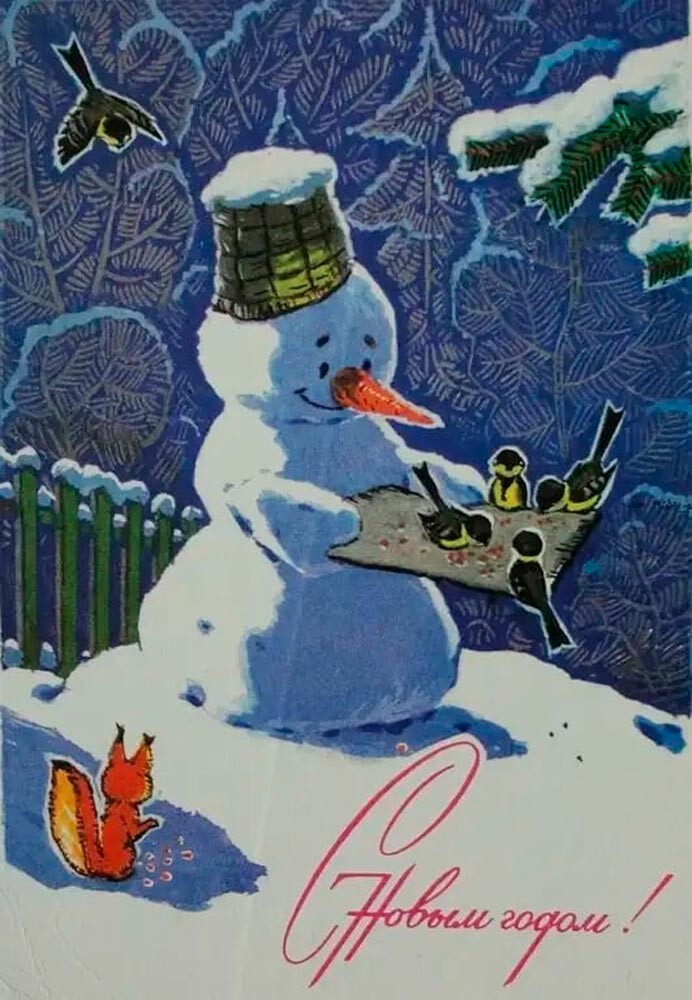 Probably the secret of these images’ appealing allure is that Vladimir Zarubin was an artist behind many Soviet cartoon movies. 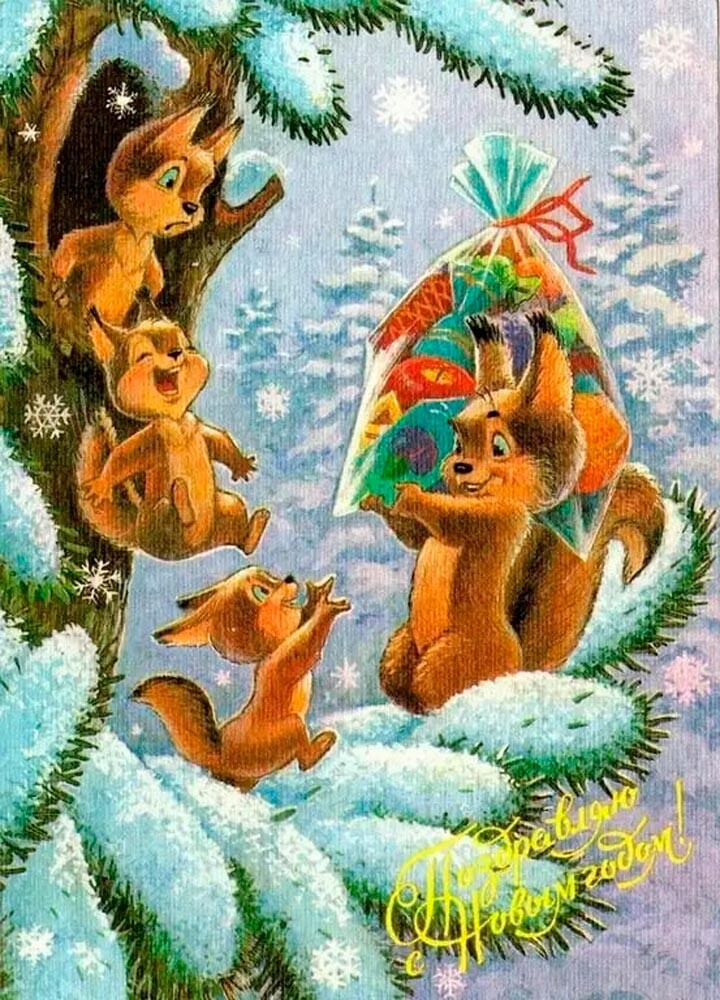 He worked for more than 30 years at Soyuzmultfilm studio, and it was he (among a group of artists) who illustrated Well, Just You Wait! (the Soviet Tom and Jerry), Once Upon a Dog, Adventures of Mowgli, and many other films. 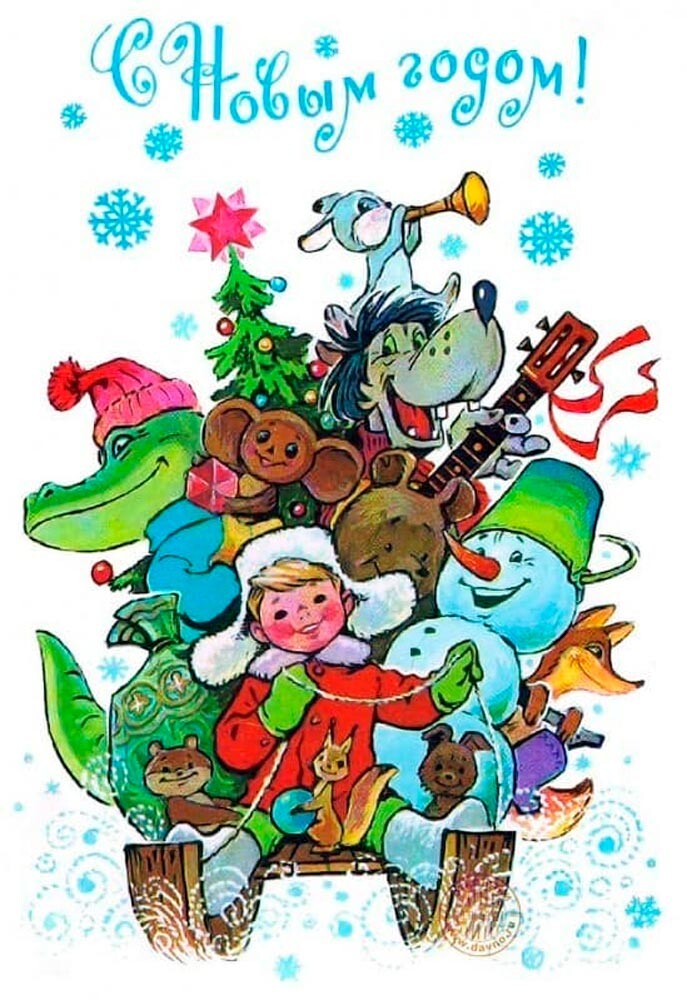 Every Soviet kid knew and loved the characters from these animated films from their earliest days. And they are also pictured on the postcards. 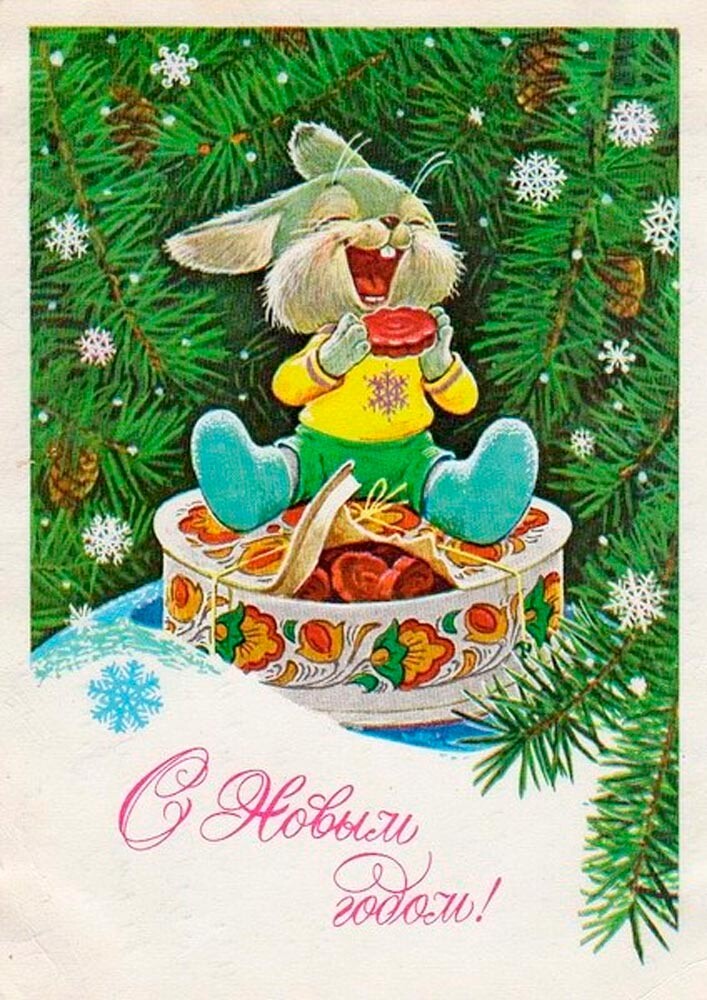 Many of the postcards show that sweets are the best gift and the fairy tale animals are incredibly happy to get them. 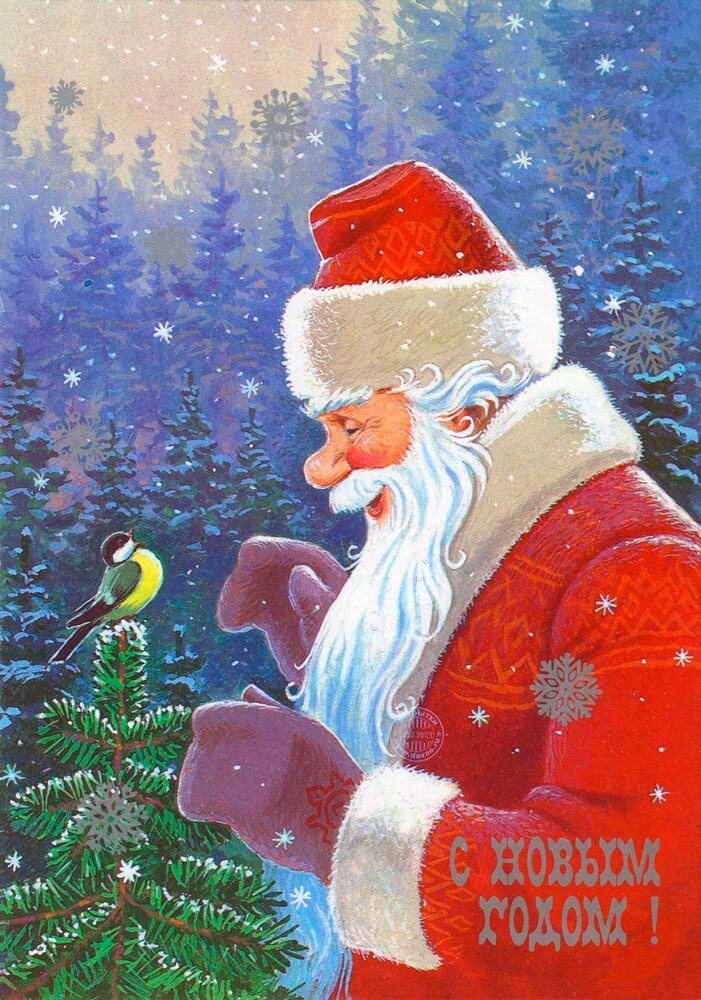 “All of these images and the characters seem to be glowing, cheerful, energetic,” Internet users born in the USSR comment about these postcards, which go viral  every New Year Eve in Russia. 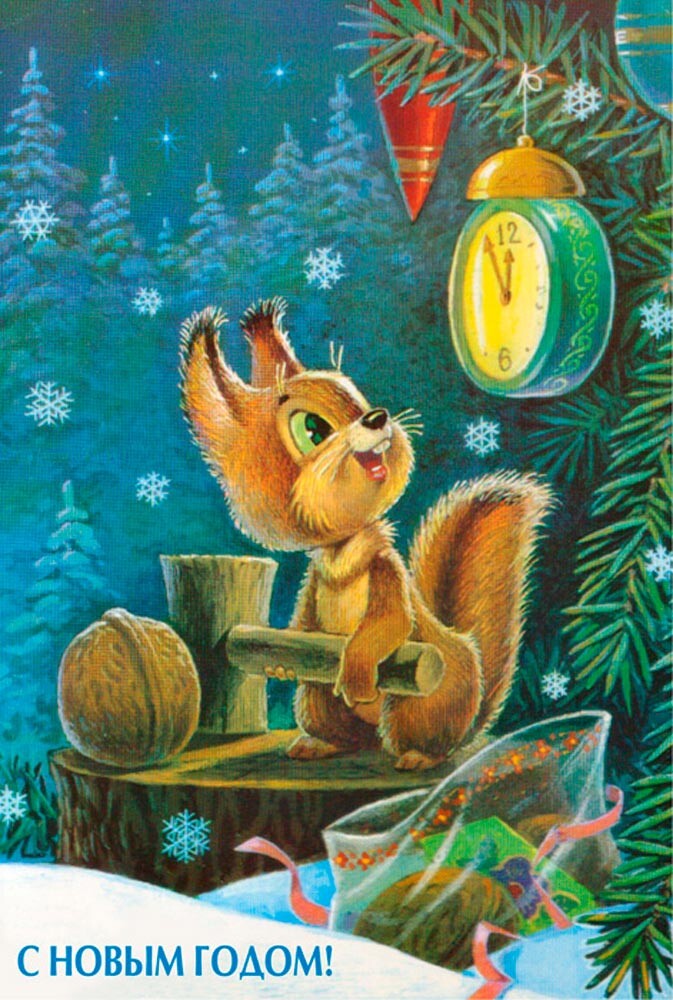 Many people may still have such postcards at home, and nostalgically re-read the New Year wishes that they contain on the other side. 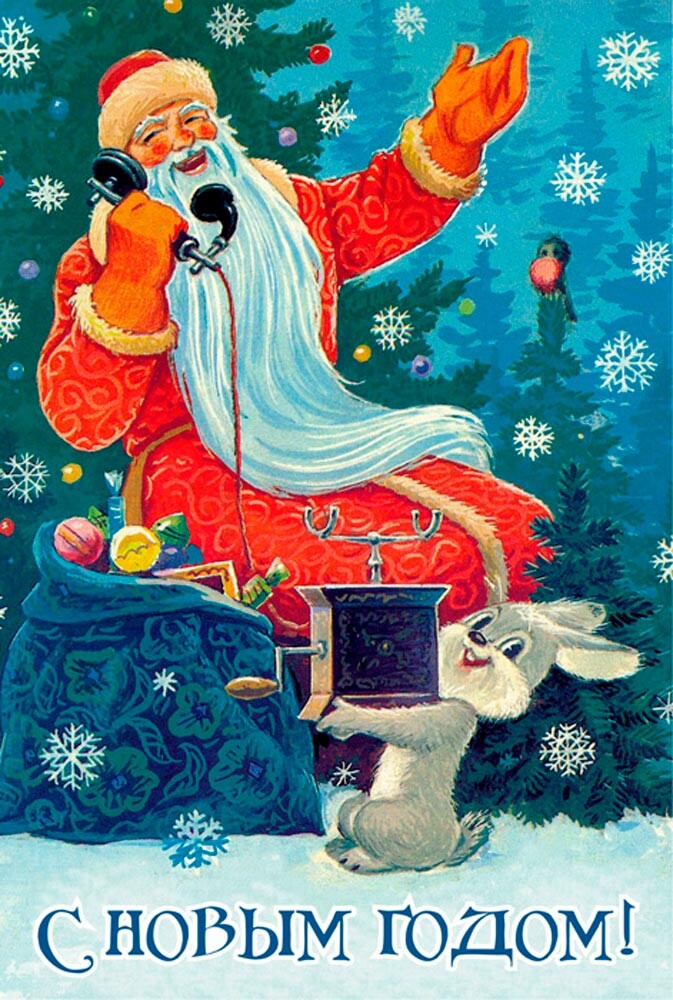 Actually these cards show what the New Year holidays were for a Soviet citizen - a cheerful winter break when everyone is happy, kids are excited to get their gifts (and to have school holidays). Everyone smiles, does sports and other winter games. 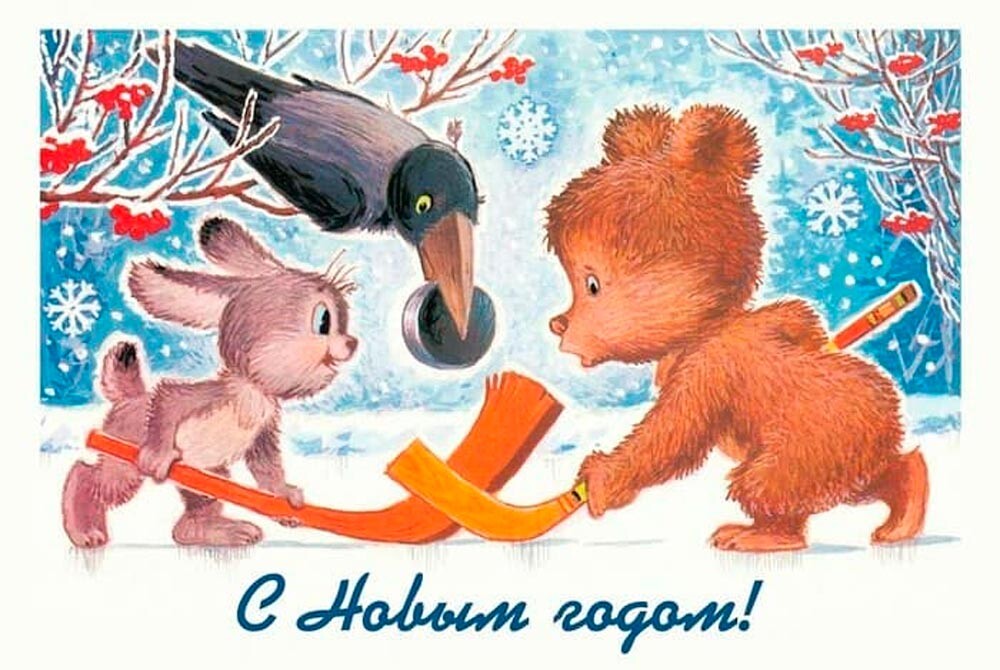 This aesthetics became incredibly popular - and not in the least because people got tired of propaganda posters showing pioneers and brave revolutionaries. 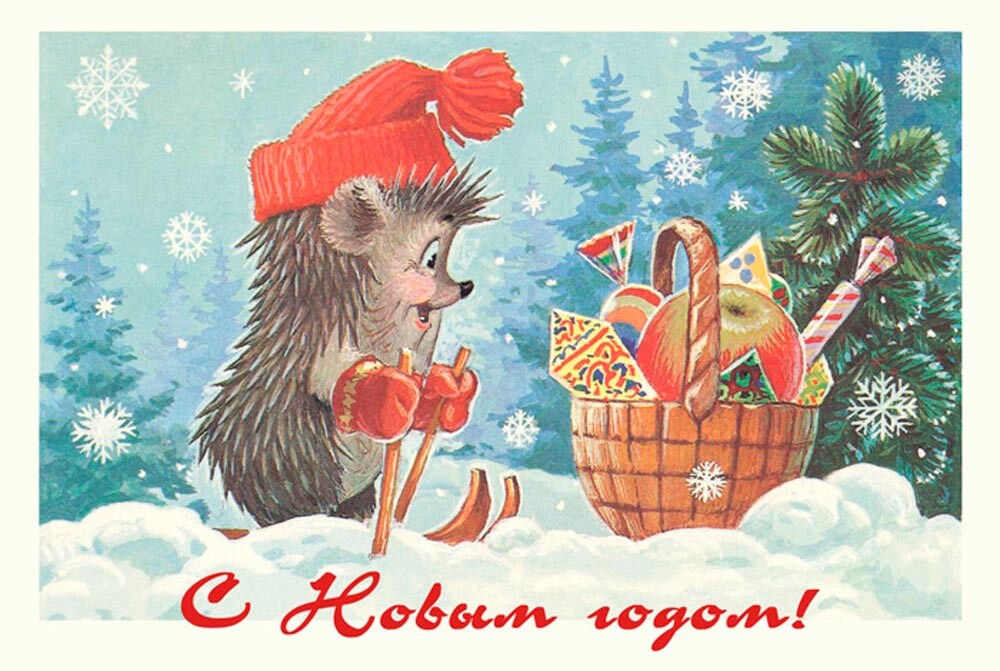 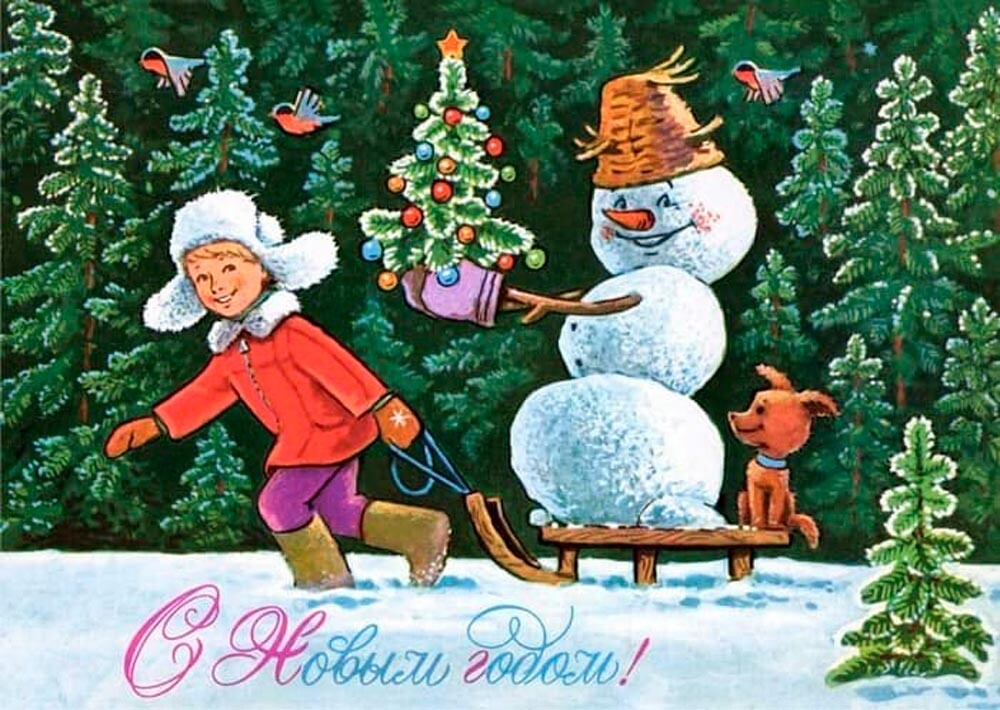 The New Year holiday was at first seen by Soviet leaders as a political opportunity -  it was supposed to make people forget about the religious Chstimas holiday. But thanks to great movies, animation and posters it became the nation’s favorite holiday without politics. A family one, the one that brings only joy, the smell of fir trees and tangerines. 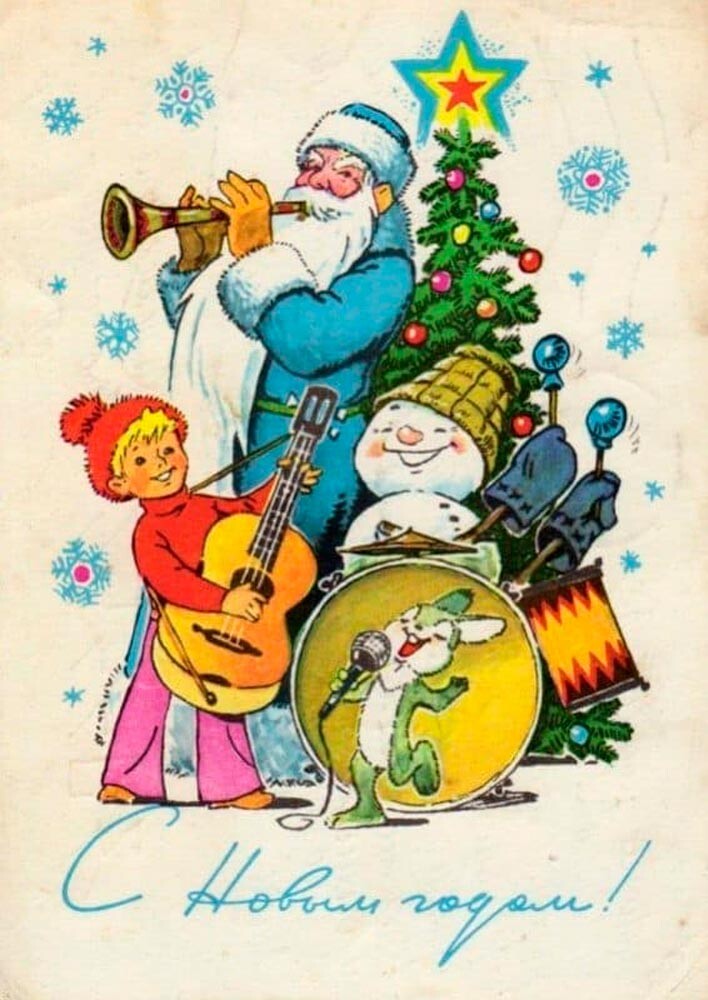