Culture
Alexandra Guzeva
The holiday season is so close, so we decided to put together a list of great cinema to watch, from good old Soviet classics to modern Russian blockbusters. 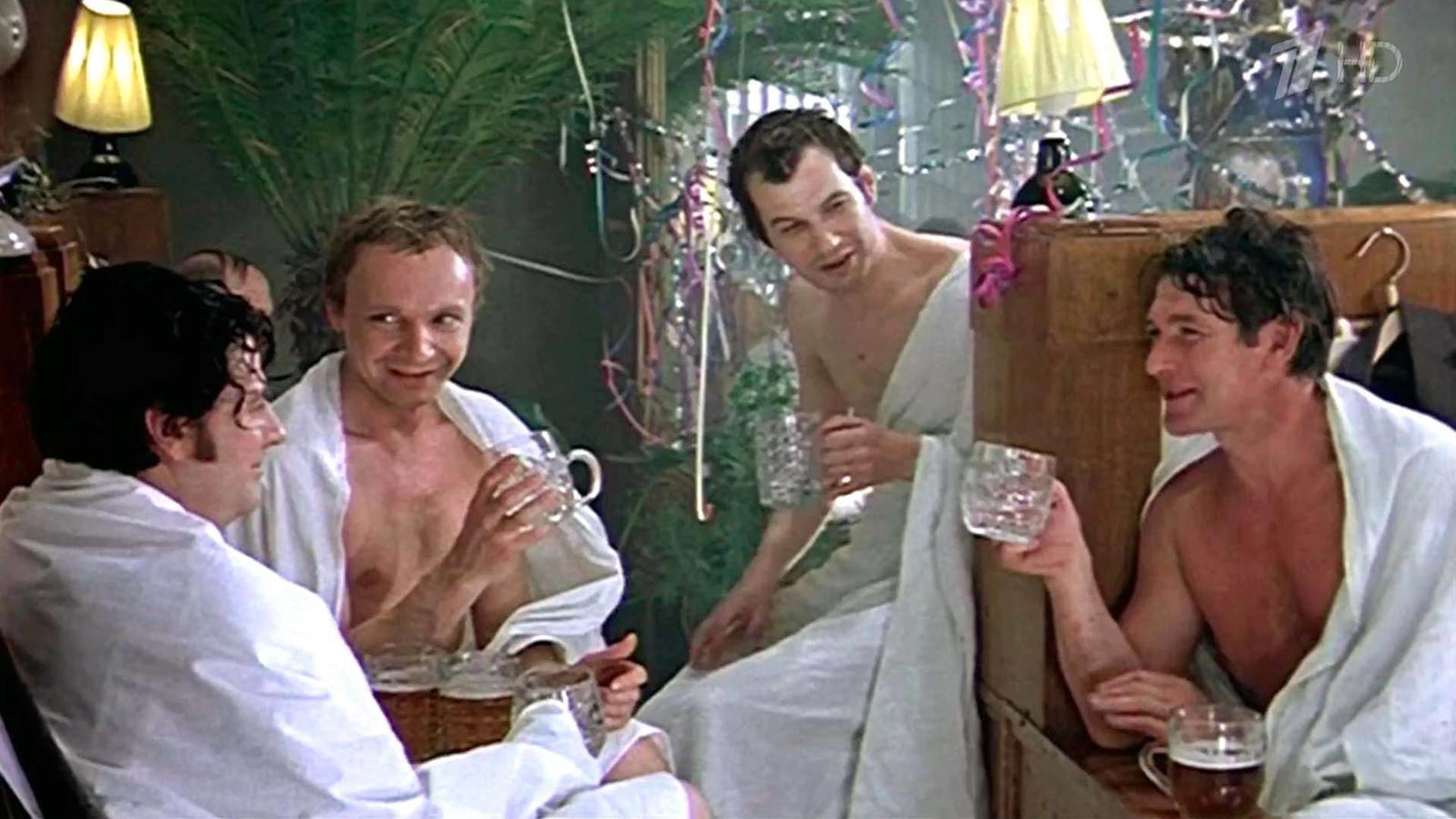 “Every year on December 31 friends and I go to banya…” that’s how Evgeny Lukashin, the main character of the movie, starts a long explanation of the fact that he appeared in Leningrad, not in his native Moscow, on New Year’s Eve...

Soviet apartment blocks are so alike that after a couple of drinks he didn’t notice that he was in the wrong city... His New Year turned into a mess, but his life changed completely and in a happy way after this mistake.

Most Russians watch this movie every single New Year’s Eve. And what differs really great movies (like this one) from others, is that each time you find and understand something new. A comedic plot turns into a very deep movie about our life and twists of fate. 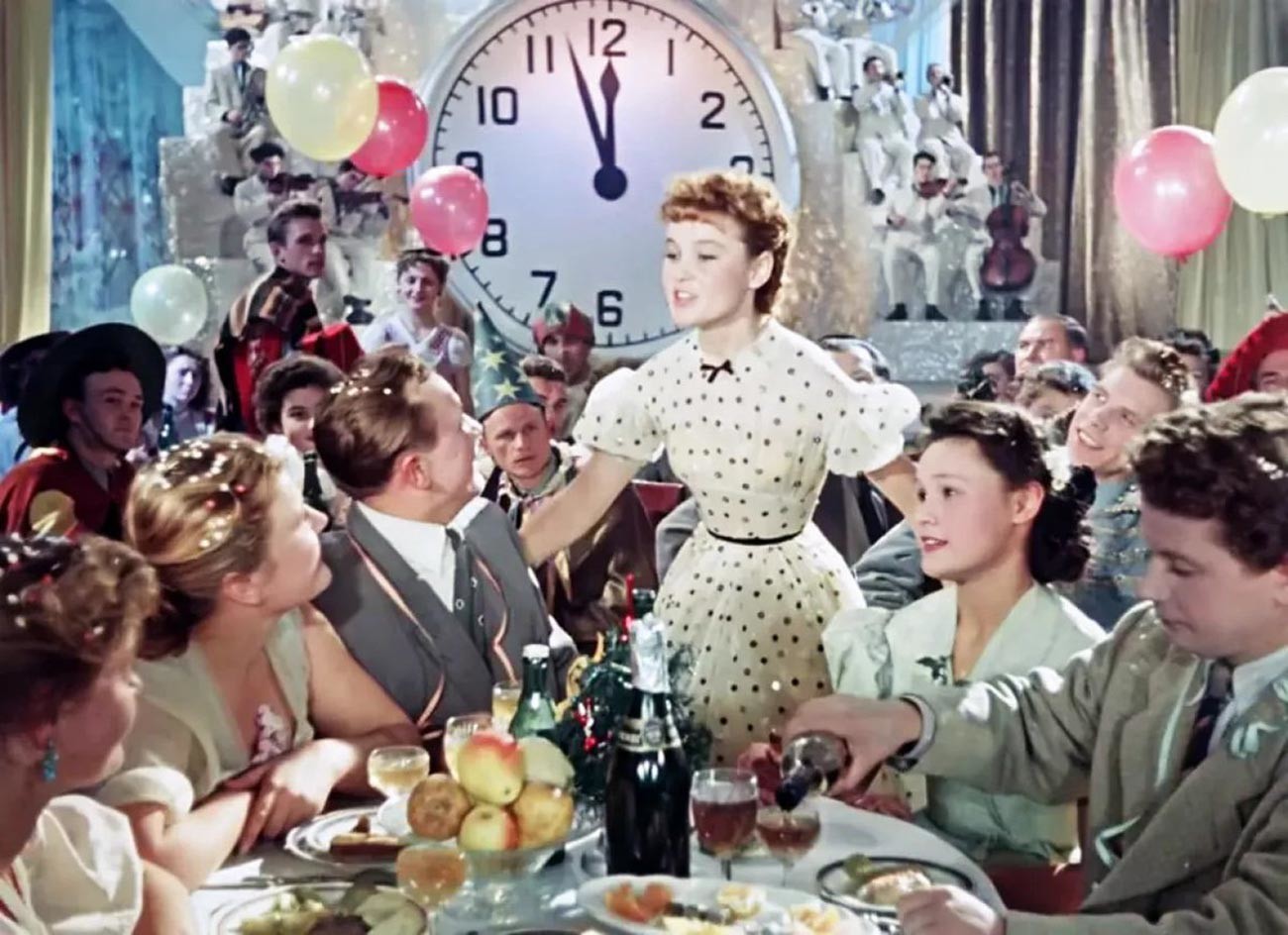 Employees of the House of Culture are preparing a New Year celebration program. But their boss doesn’t approve most of their performances, he wants to turn the evening into an official and boring event, while the young employees just want to have fun. The young employees team up to outwit the boss and not let him ruin the feast.

This was considered the main Soviet New Year movie before Irony of Fate was released. The movie was the directing debut of Eldar Ryazanov, who also filmed Irony of Fate later. At the same time, The Carnival Night brought incredible fame to young actress Lyudmila Gurchenko. 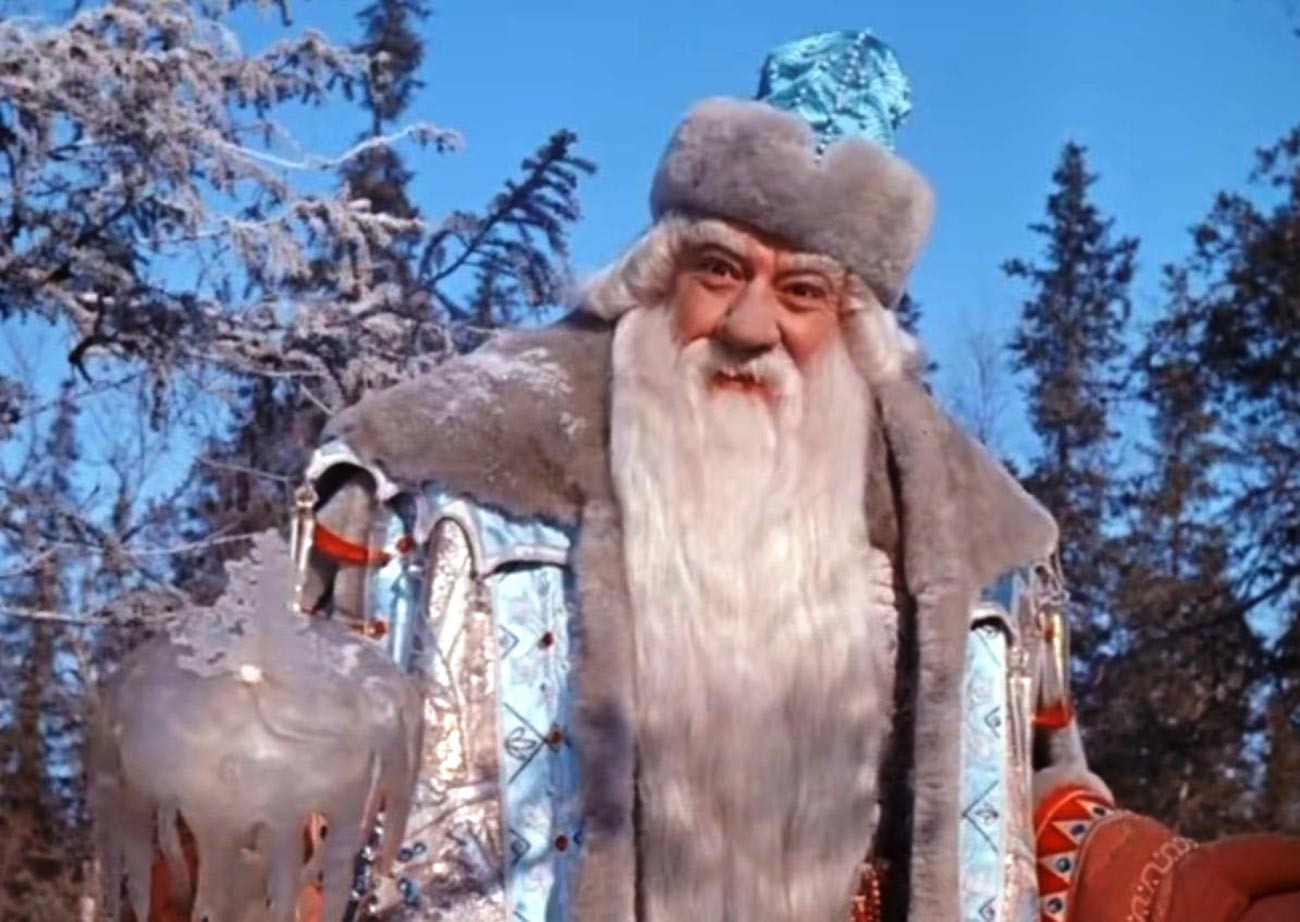 A young and beautiful girl named Nastenka suffers from her grumpy stepmother. Nastenka is busy with housekeeping, chopping wood, bringing water, cooking, but nothing satisfies the old, angry woman. The only thing she bothers is arranging a wedding of her own ugly daughter… But beautiful Nastenka disrupts the plan.

The movie is an interpretation of folk fairy tale Morozko. It has an almost Cinderella-like plot, but with a Russian winter twist. Instead of a good fairy, there is Morozko, or Jack Frost, who brings magic into the lives of good behaving people. And he doesn’t like people complaining about the cold! 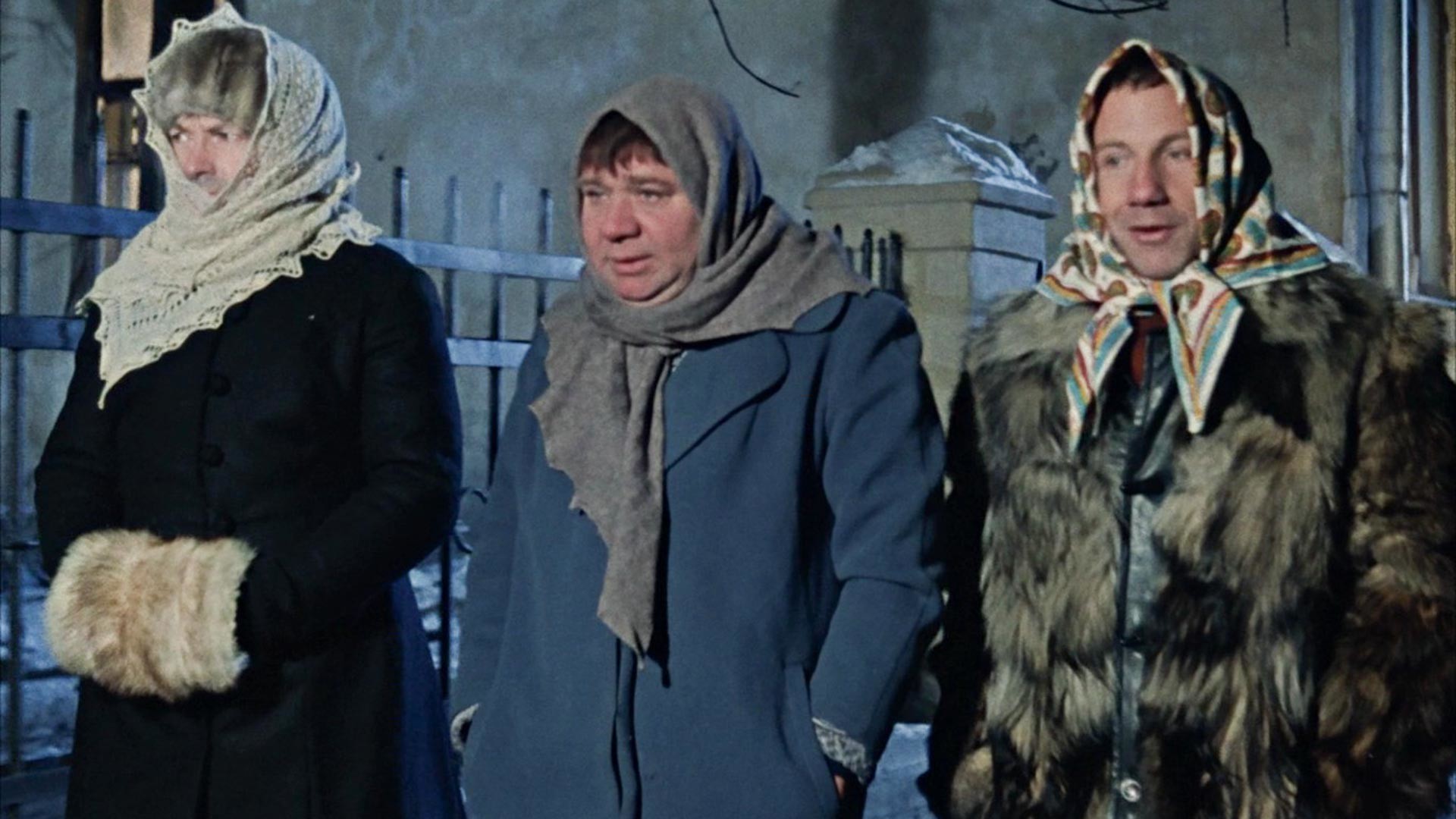 A kindergarten teacher is asked to take part in a secret operation. He is the spitting image of a criminal leader that police ask him to play his role, get into jail and prepare a prison break with a group of criminals. The police’s goal is to find a stolen artefact - the helmet of Alexander the Great.

The kind teacher struggles acting like a brutal criminal, but finally ends up carrying on his ‘band’. The movie took the Soviet box office by storm in the year of release, while quotes from it became aphorisms which are still popular. 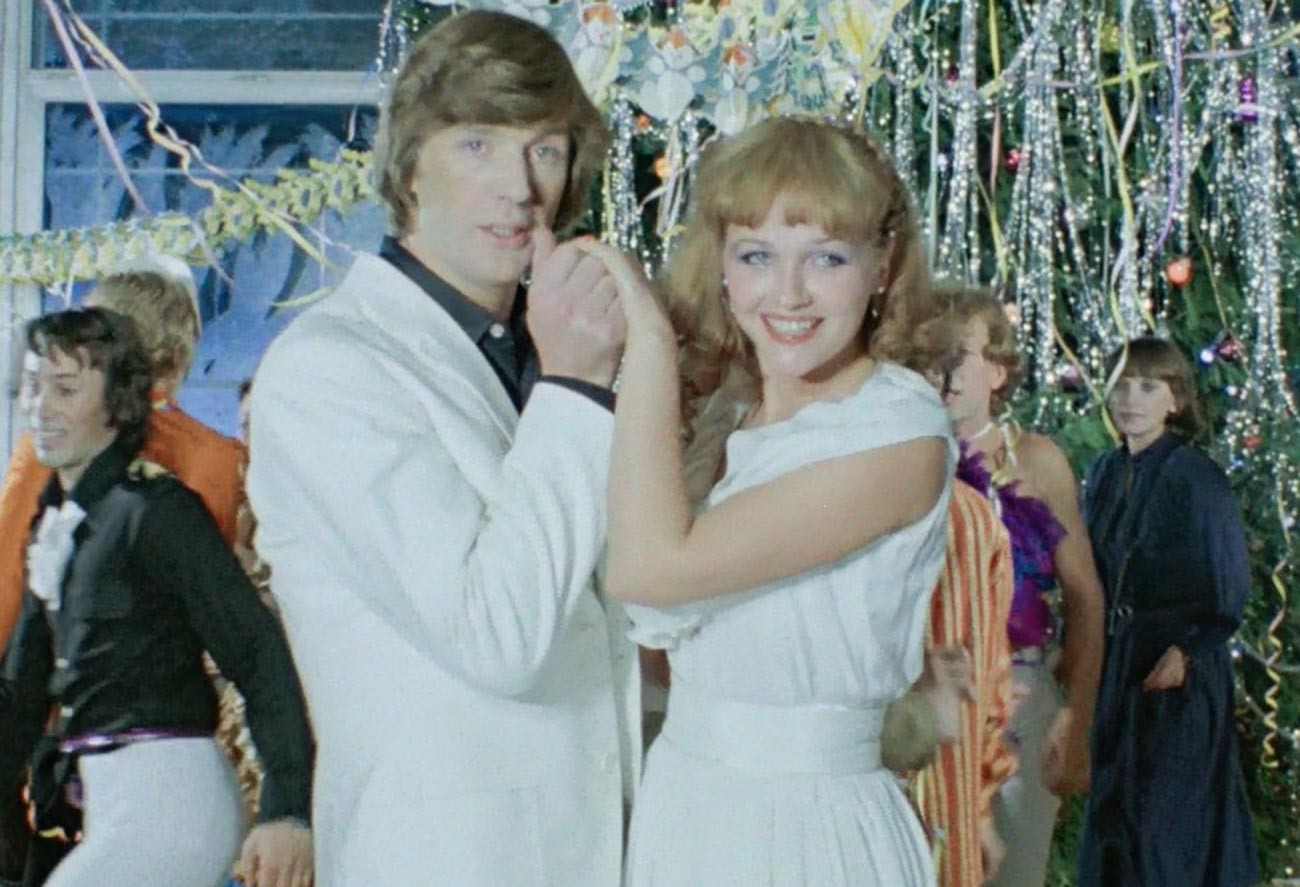 Alyona is a witch working in a Soviet research institute for magic. Her female boss suspects Alyona of an affair with her man and casts a spell over her, making her heart go cold. From that moment, Alyona becomes a cruel and merciless witch, which makes her groom unhappy. He tries to break the spell and bring back his loving Alyona.

This is a great music comedy that brought several winter music hits. At the same time, the script was written by sci-fi writers the Strugatsky brothers, so it’s a great satire for all the Soviet research institutes and matters that they research. 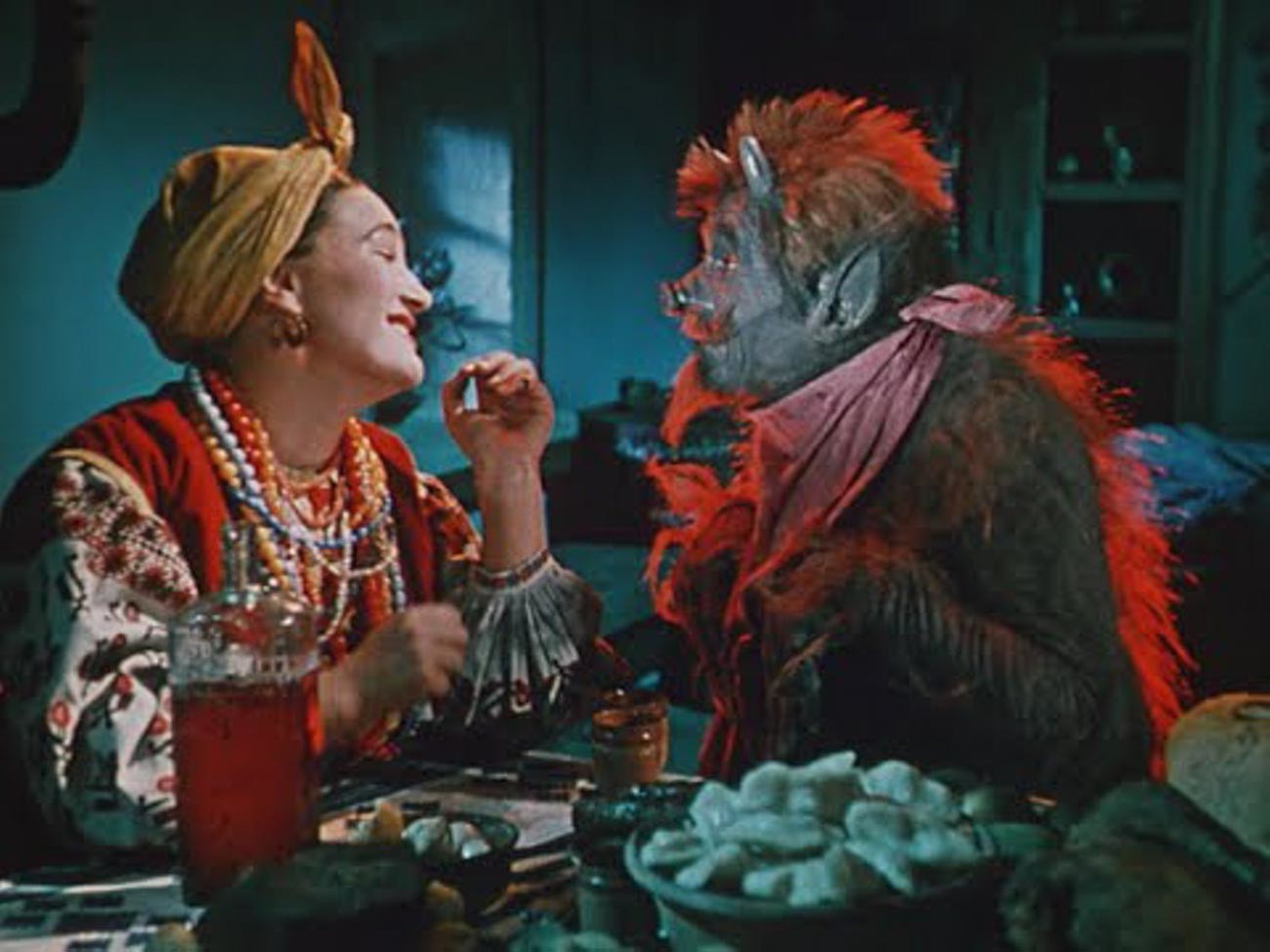 A smith named Vakula from a Ukranian village is in love with the capricious girl Oksana. She invents a way to test his loyalty and tells him she won’t be with him until he brings her the shoes of the Empress. Well, on Christmas Eve, miracles happen and everything is possible, so he saddles a devil and flies to St. Petersburg…

This movie is also known as Evenings on a Farm near Dikanka and is the big screen adaptation of Nikolai Gogol’s classic novel. It’s incredibly funny and atmospheric. 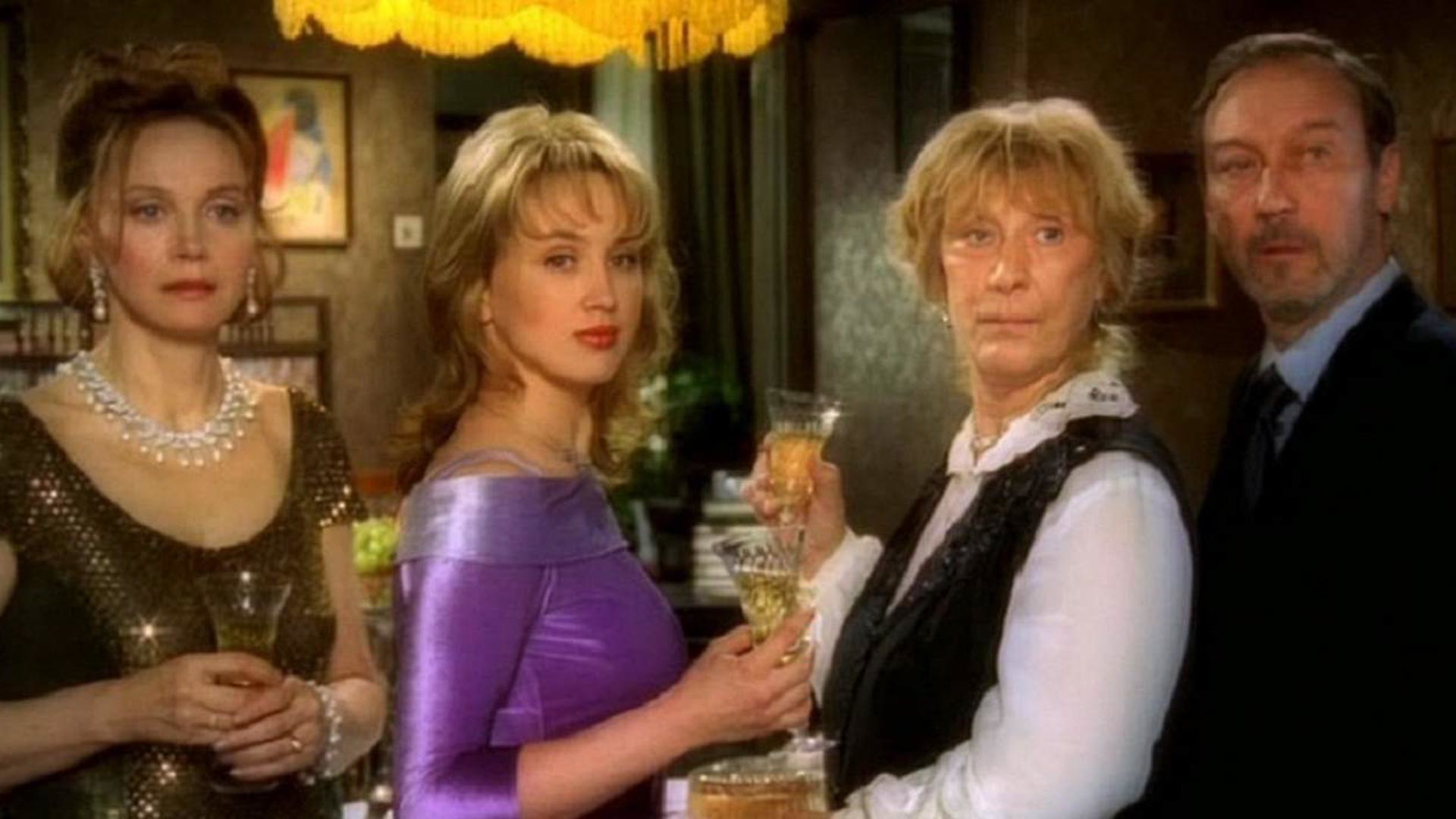 An old maid lives with her sick mother, she is incredibly modest and during her whole life she was only bothered carrying her mom. A week before New Year, the mother announces she will die soon and starts lamenting that her daughter has had such a boring life. She even asks if the daughter ever had a man… So, not to make her mom sad, the daughter prepares a New Year celebration and asks a random man to pretend he is her long-term secret affair…

The movie is based on the contemporary play While she was dying by Russian dramatist Nadezhda Ptushkina and the script is also adapted into several theater plays around Russia. 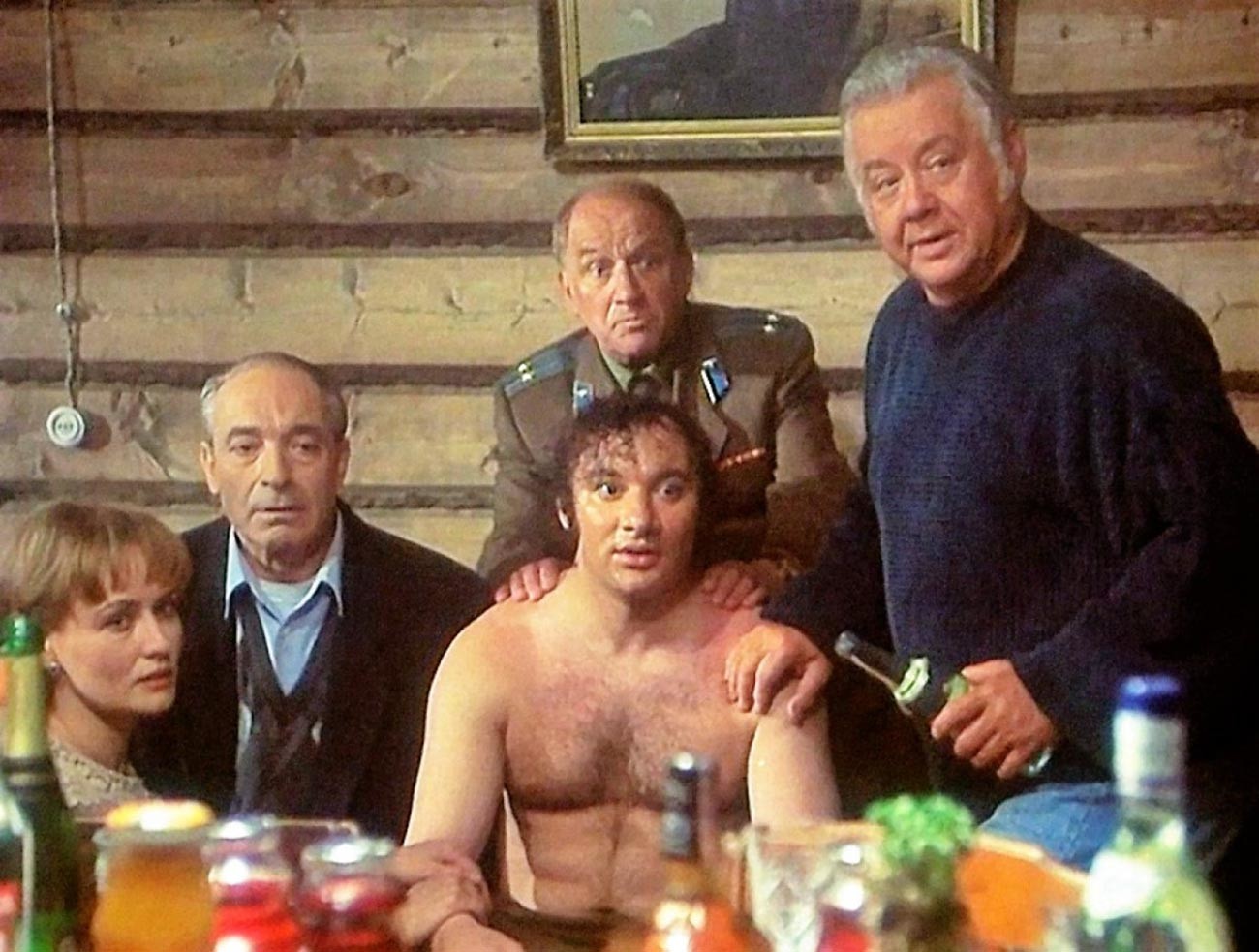 A young teacher lives alone in a village and is about to get married soon. Her mom recently passed away, while she has never seen her father, as she was the result of a short summer affair. The only thing she knows is her father’s full name and a Soviet sanatorium where he met her mother. so she sends out several letters to some potential fathers. On New Year’s Eve, three of them visit her… But who’s the real one?

In Russian, the movie is titled ‘Kazan’s orphan’, which is an aphorism for a kid who has lost both parents. The movie stars such big actors as Oleg Tabakov, Valentin Gaft and Lev Durov. It’s a cozy New Year comedy with a nice atmosphere of the Russian countryside. 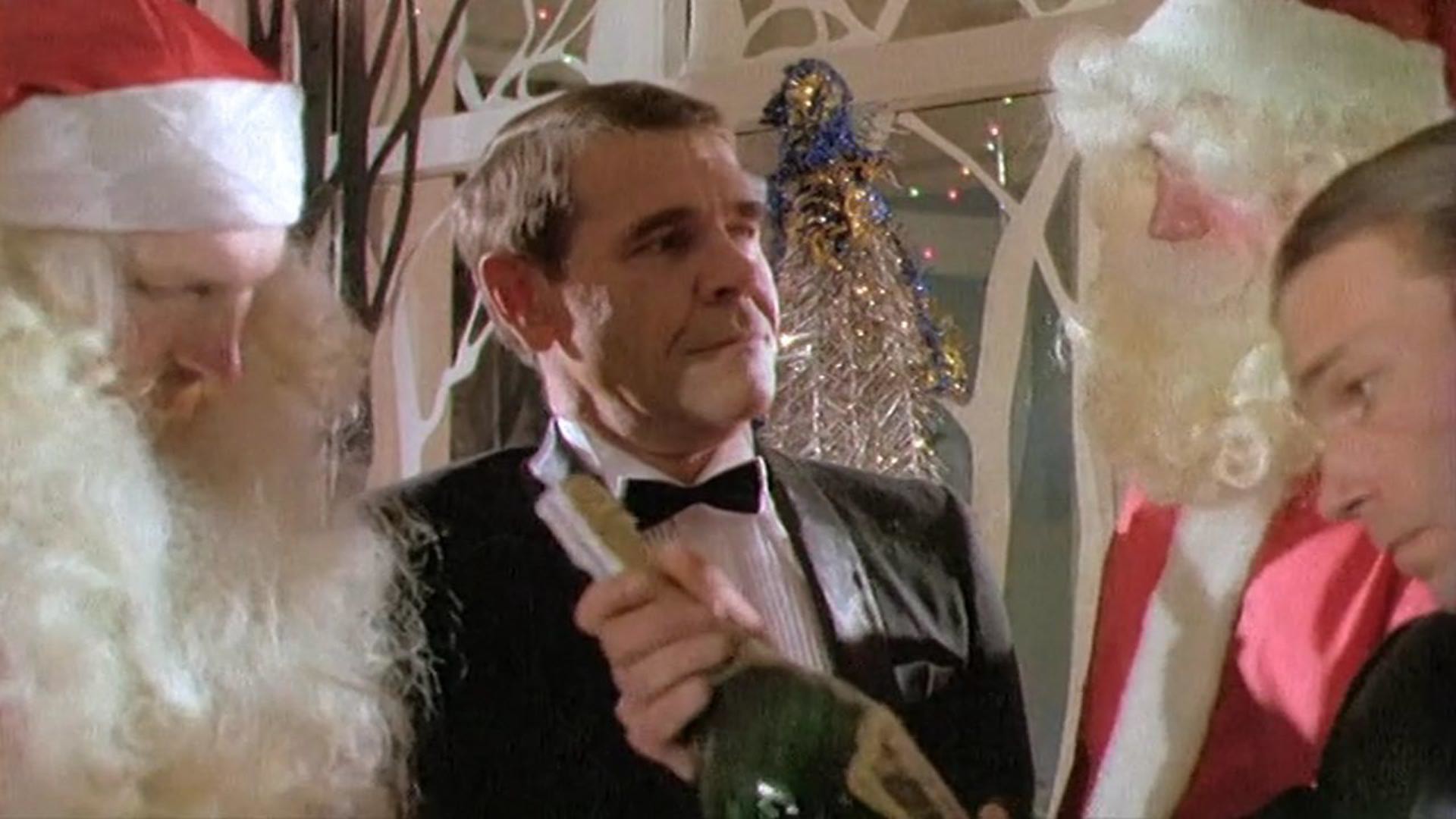 Three old mates meet in a trauma bay on New Year’s Eve. They don’t expect much fun, however, celebrating the feast in the hospital and they prepare for a boring night. But then a new man with a broken leg enters the trauma bay. He is a general and at once begins to give orders to arrange a New Year celebration in the hospital. And suddenly things become much more interesting. The movie has great humor and an authentic atmosphere of the Russian 1990s. It’s a follow up to Peculiarities of National Hunt by the same director Aleksandr Rogozhkin, which is also incredibly popular among Russians. 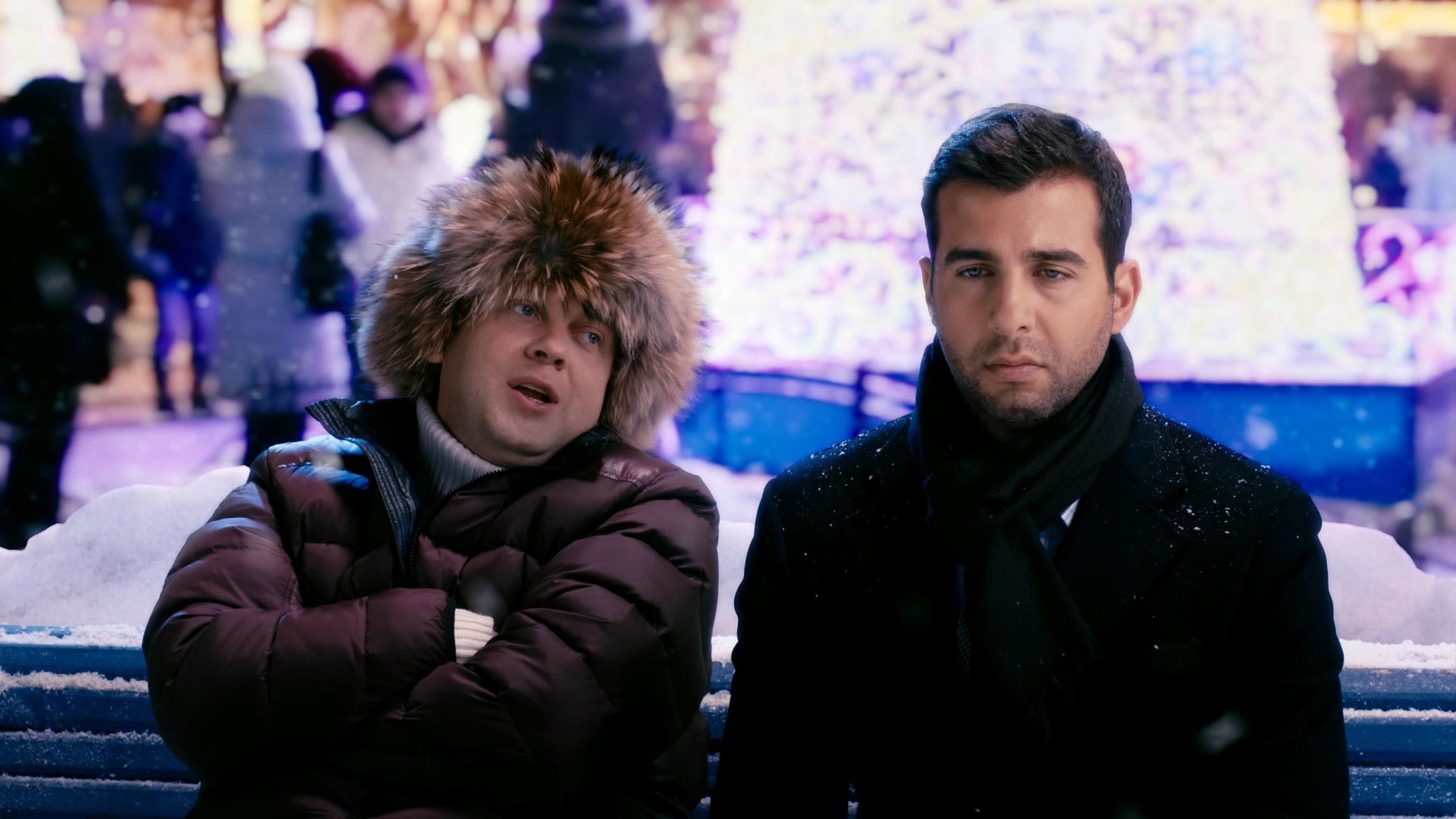 A girl in an orphanage is being mocked, because she believes that Russian president is her father. But on New Year’s Eve miracles should happen - and she hopes that during his New Year speech, the president will leave her a secret message from the screen. The movie is also known under the title Six Degrees of Celebration and proves the ‘Six degrees of separation’ theory.

READ MORE: Where to watch Russian films with English subtitles?