Culture
Alexander Nechayev
We've put together a shortlist of some of the best Russian movies on Netflix that are available to all subscribers, so whether you are looking for a rom-com or an epic disaster movie, we've got you covered! 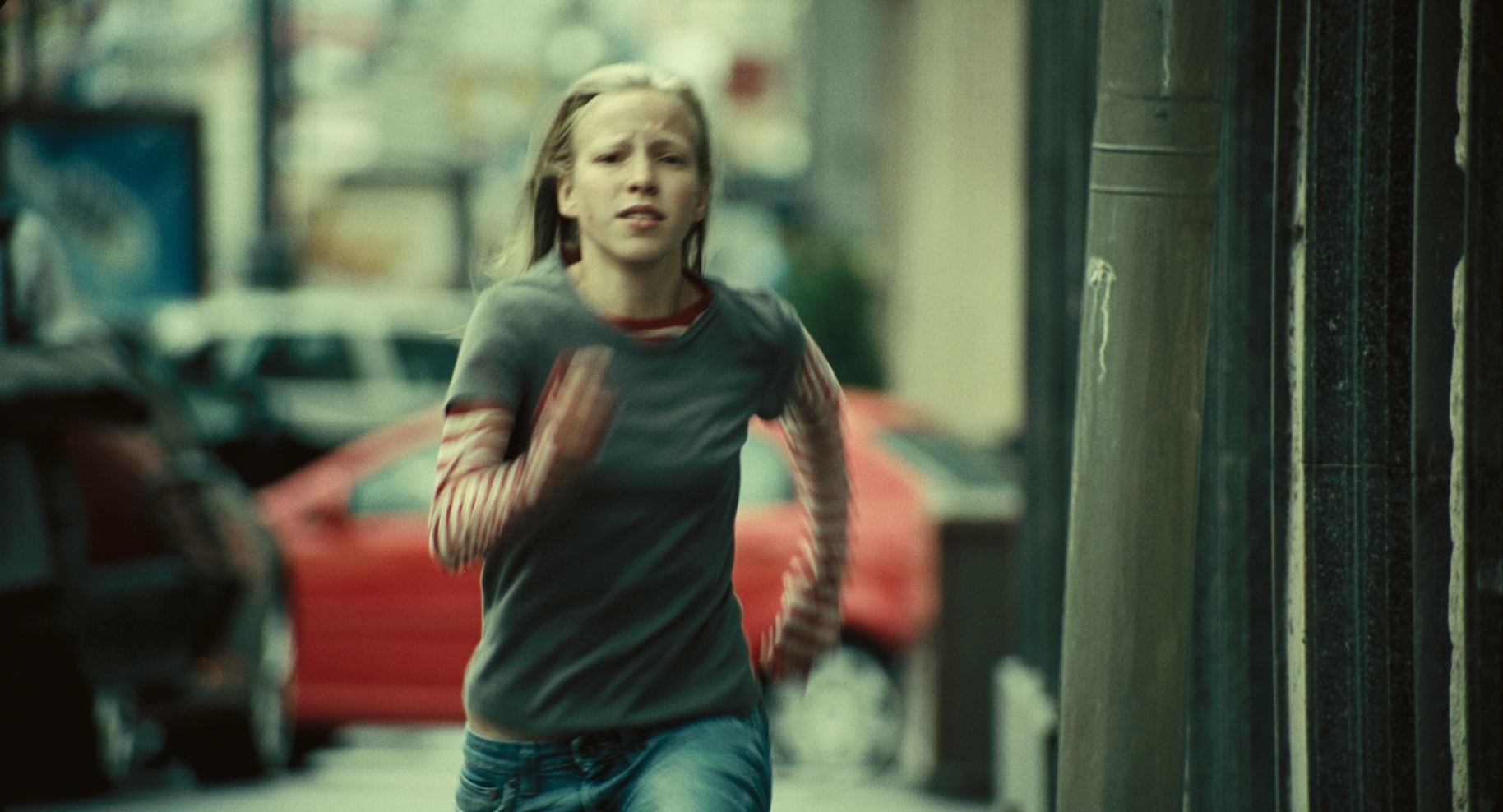 Thirteen years ago, Anna Melikyan’s “dramedy” made a splash at the largest U.S. film festival, Sundance, taking the Best Director prize in the World Cinema category. That was followed by awards in Berlin, Karlovy Vary, Stockholm and Yerevan. And Melikyan herself featured in the Top 10 most promising directors in the world, according to Variety magazine.

Mermaid is a romantic love story about a girl with supernormal abilities (she can control the elements) and a young businessman whom she saves from suicide. The combination of fantasy, gentle humor and melodrama is still a rarity in Russian cinema, and almost a decade-and-a-half ago Melikyan’s film felt ground-breaking.

The biting drama and unexpected twist in the tail became hallmarks of the director’s style. She has since made several more feature films in which an oddball outsider breaks into the world of the rich and cynical, forcing them to completely alter their outlook on life. But it is Mermaid that remains Melikyan’s magnum opus with its mix of youthful energy and strong storyline, appealing to fans of both teen romance and subtle intellectual cinema. 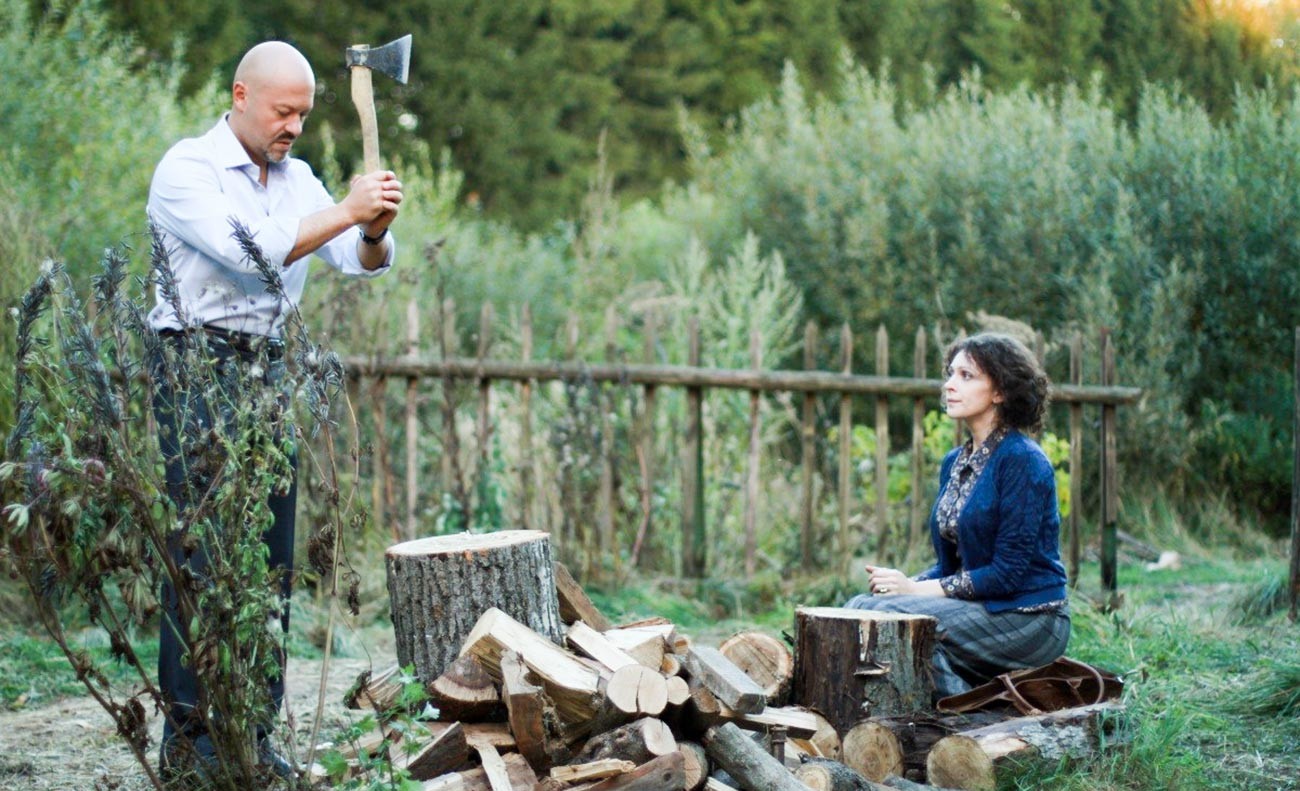 The fraught relationship between the intelligentsia and the authorities is an eternal theme in Russian culture. In the late 2000s–early 2010s, it was the turn of Russian cinema to explore the topic, in particular Avdotya Smirnova’s series of films that probe the issue from different angles. The first and most lyrical of them was Two Days.

In the picture, a high-ranking Moscow official by the name of Drozdov arrives in a provincial town tasked with closing a museum dedicated to a half-forgotten 19th-century Russian writer, so that the regional government can build a magnificent residence on the site of the modest estate. At first, the official zealously executes his assignment, but everything changes when he meets literary critic Maria Ilyinichna, who is also the deputy director of the museum. Drozdov falls in love with her, and the estate is saved.

Smirnova’s film is partly an idyllic statement about the possibility of compromise between historically irreconcilable opponents. She sees common ground for discussion and mutual sympathy between the intelligentsia and the authorities at a personal level. In part, this confidence is born of the director’s own experience. Several years ago, Smirnova, having built a career as a successful TV journalist and film director, married Anatoly Chubais, a prominent political figure since the early 1990s. Two Days is, in some sense, Smirnova’s most personal film. At the same time, for the foreign viewer, its tonality, landscapes and dialogues evoke classical Russian prose, which she periodically attempts to mimic. 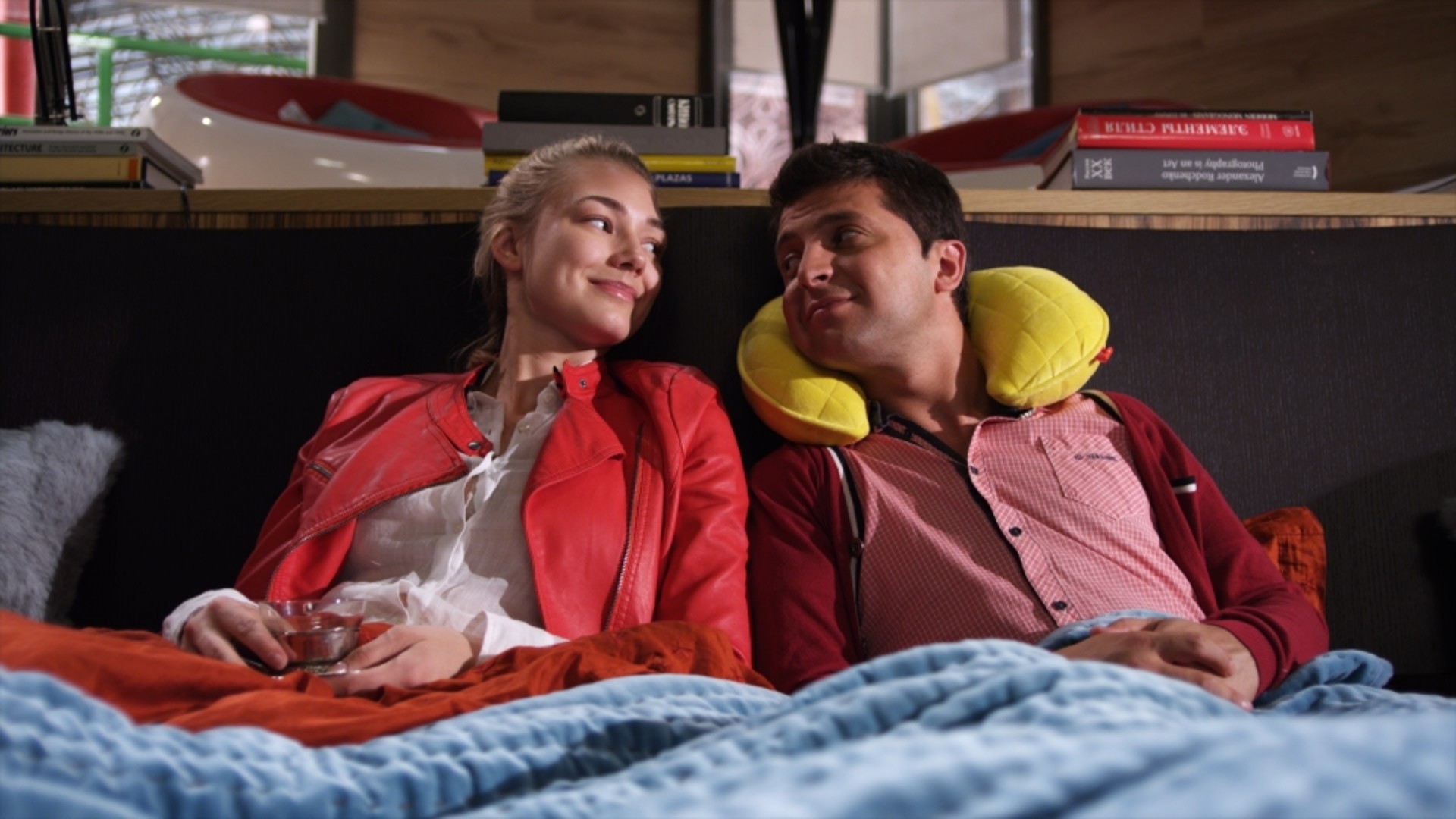 This fall saw the online release of Palm Springs, starring Andy Samberg and Christine Milioti. Combining the concept of Groundhog Day with the classic romantic comedy, the film was a hit. Its predecessor was the famous 50 First Dates with Adam Sandler and Drew Barrymore. Maryus Vaysberg’s comedy 8 First Dates riffs on both these pictures.

In it, the main characters wake up in the same bed every morning, despite having fallen asleep in different places the night before. Realizing they are trapped in a time loop, the pair are forced to get to know each other better, which leads to the inevitable kiss-and-cuddle ending.

The casting adds spice to the plot: the male lead is played by none other than the current president of Ukraine, Vladimir Zelensky, who was a regular in Russian cinema in the 2010s. 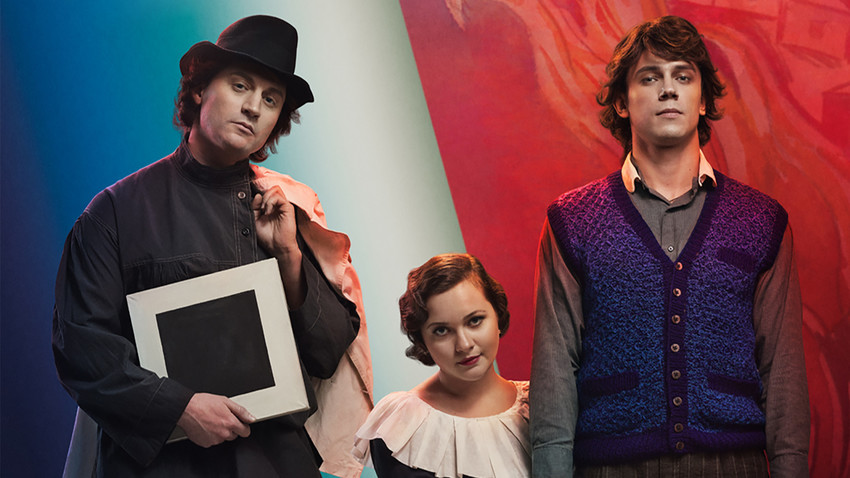 After the 1917 Revolution, Marc Chagall was appointed commissar of arts for his native Vitebsk, and invited to set up an artists’ commune there. Kazimir Malevich, the new star of the Russian avant-garde, joined the commune in 1918. The relationship between the dreamy, mellow Chagall and the ambitious, headstrong Malevich did not go smoothly, and the more time went by, the deeper the conflicts became.

Alexander Mitta, famed for his Soviet cinema classics, presents the confrontation between these two geniuses of the Russian avant-garde as an arena in which youth prevails over experience, and dark concepts triumph over bright impulses.

Built on contrasts, the film captures the zeitgeist of the age, when the aesthetics of the new order were still a blank canvas for artistic experimentation. It is surely one of the most curious biopics about world-famous artists to be released in recent years. 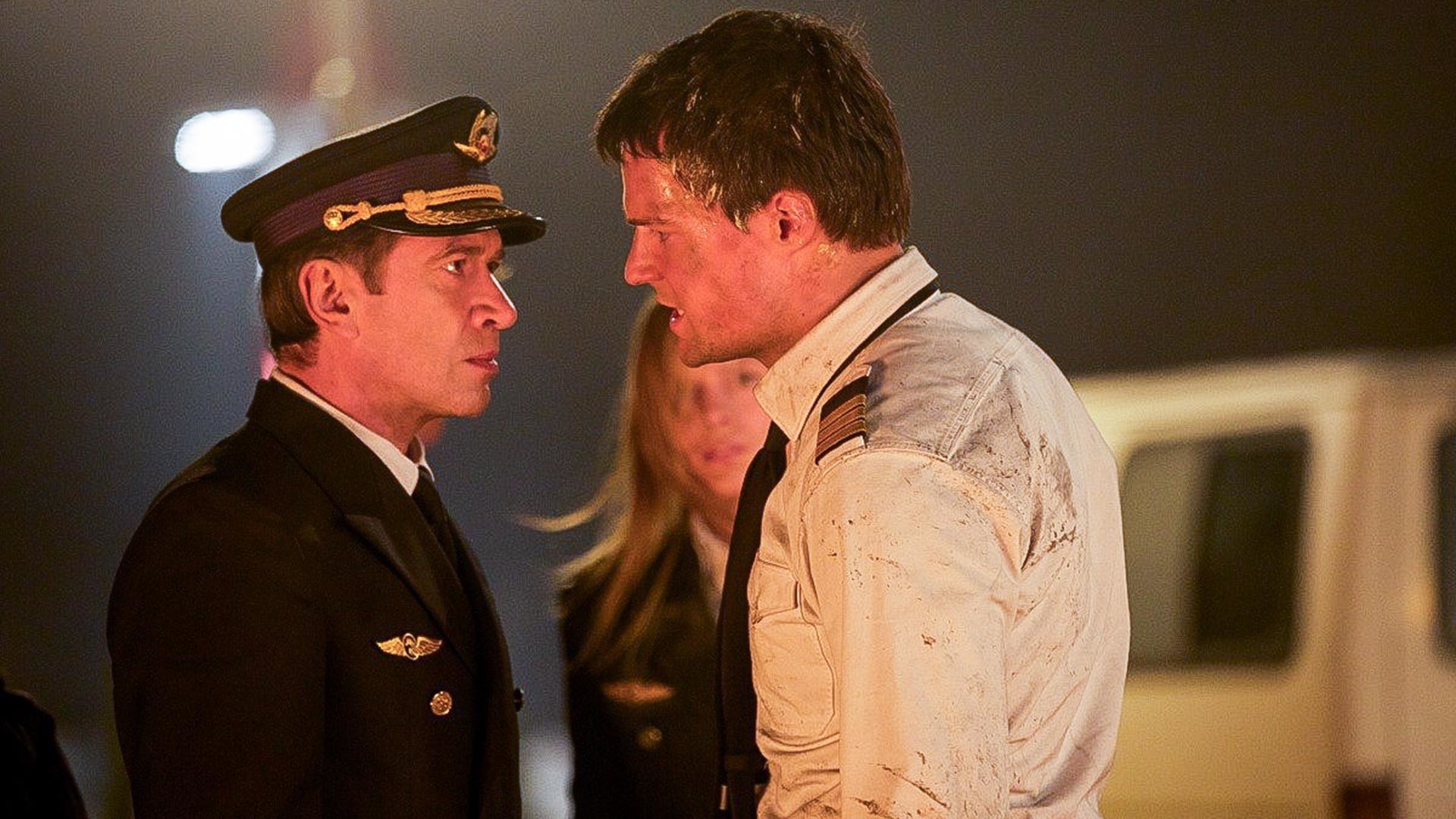 The above-mentioned Chagall-Malevich director Alexander Mitta became famous with his 1979 film Air Crew — the first disaster movie in the history of Soviet cinema.

The story of a crashed plane became a hit in the USSR, and almost 40 years later got a remake in the shape of the smart, dynamic, big-budget Flight Crew by one of the highest-grossing Russian directors of modern times, Nikolai Lebedev.

The story of young pilots who skillfully and heroically save a plane from smashing into the ground follows the classic Hollywood formula, keeping the audience on the edge of their seats from the first minute to the last. This is a rare example of a popcorn flick that doesn't fade with time — four years after its release, Flight Crew still packs a powerful punch.