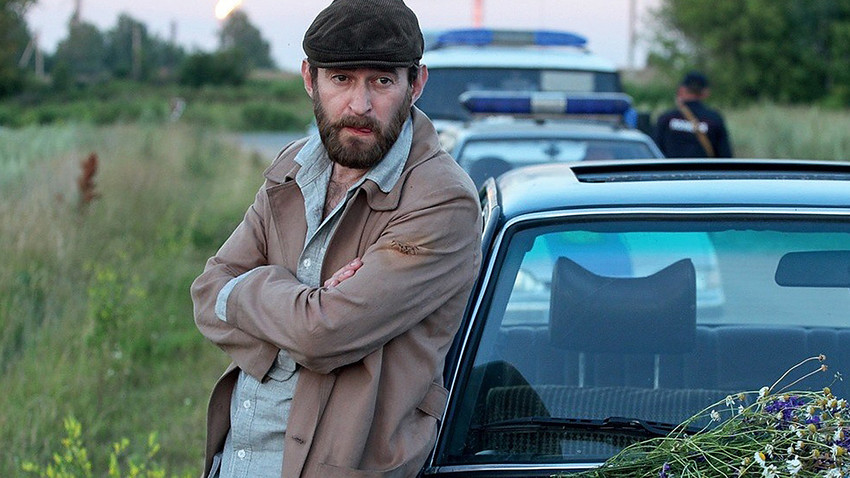 An ambitious young law enforcement graduate is thrilled when her idol takes her on as a trainee. But his methods aren’t anything like she imagined. Together, they hunt down serial killers - one every episode.

The screenwriters studied the history of Russian serial killers extensively, and the dark show builds heavily on the gruesome details of the murders. Violence is a prevalent theme of the series.

A detective investigates the death of a school teacher when he learns that there were other deaths in the same school. He also finds out that everyone in the school plays a high-stakes virtual reality game. Unwittingly, the detective himself gets caught up in it.

This series is dark and features some of Russia’s most promising actors.

Igor, the son of a Russian oligarch, gets in trouble with the police. To punish him for misbehaving, his powerful father finds him a job in a police unit that has no respect for the privileged playboy.

In this sometimes dark, sometimes humorous police procedural, Igor has to fight for respect, love, and justice in a world he’s a complete stranger to.

Vladimir Lenin’s right hand man, and aniconic figure of the Russian Revolution, flees the Soviet Union for Mexico. And yet, he understands that there is no way he can escape Joseph Stalin’s revenge. Trotsky, then, invites a Canadian journalist and an ideological enemy in order to tell him the story of the Russian Revolution and the events that followed.

The series is highly recommended for history buffs.

The Road to Calvary

Swept up in political unrest during World War I, two sisters in St. Petersburg cope with turbulent romances as Russian history is made around them.

The series is based on the monumental novel by Alexei Tolstoy, The Road to Calvary. The show is for those with an interest in classical Russian literature and the Russian Revolution.

This show takes the action to the Soviet 1960s. When Russian producer Alexander Tsekalo had a meeting with Netflix representatives, he could not have imagined they would make sense of the idea behind the series , which tells the story of Russians  who bought dollars from foreigners, sold them at a premium, then spent the proceeds to buy smuggled goods - all in order to again sell those goods and use the money to buy more dollars.

Fortunately, Tsekalo’s pitch was a success, and now you can turn to Netflix to learn how the seeds of capitalism grew in the USSR.

Lively little Masha lives near the forest, where she embarks on wonderful adventures with her best friend – a bear who used to be in the circus.

Since its launch, the series took the streaming world by storm, amassing 6.6 million followers on YouTube and even scoring a Guinness World Record for most watched episode in animation history!

Fairy tales get a funny twist when Masha retells them, because she gets the details just a little jumbled up in this animated series. Go for it if you are a fan of classic and well-known fairy tales.

In this series, the widely loved animation character fights common childhood fears, and explains why there’s no reason to be afraid of things like monsters, the dark, going to a new school, or thunder.

A gang of round animals led by a wacky rabbit has fun solving problems, sharing stories, and exploring their world. The show is a big hit with Russian children.

A brown bear cub, a white bear cub, and their friend, a fox, all have different personalities. But that doesn’t stop them having fun together, playing games and exploring the world around them.

Booba is a strange hairy character who came to this world from nowhere and he now explores it with a child’s curiosity. Each episode is only three minutes long.

Spunky leopard cub Leo and his tiger pal Tig team up for fun and adventure as they explore the forest and learn about ancient legends. Each episode is 11minutes long.

In a magical wonderland, children and their furry friends explore their unique hobbies while making eye-opening discoveries through adventures, with episodes 11 minutes in length .

In this Russo-Spanish show, three friends encuonter a magic friend, Yoko. Yoko can make their fantasies and games a reality, and the friends end up exploring seas, forests, ancient cities, and even outer space. This show aims to educate children about the world around them. Each episode is only 12 minutes long.