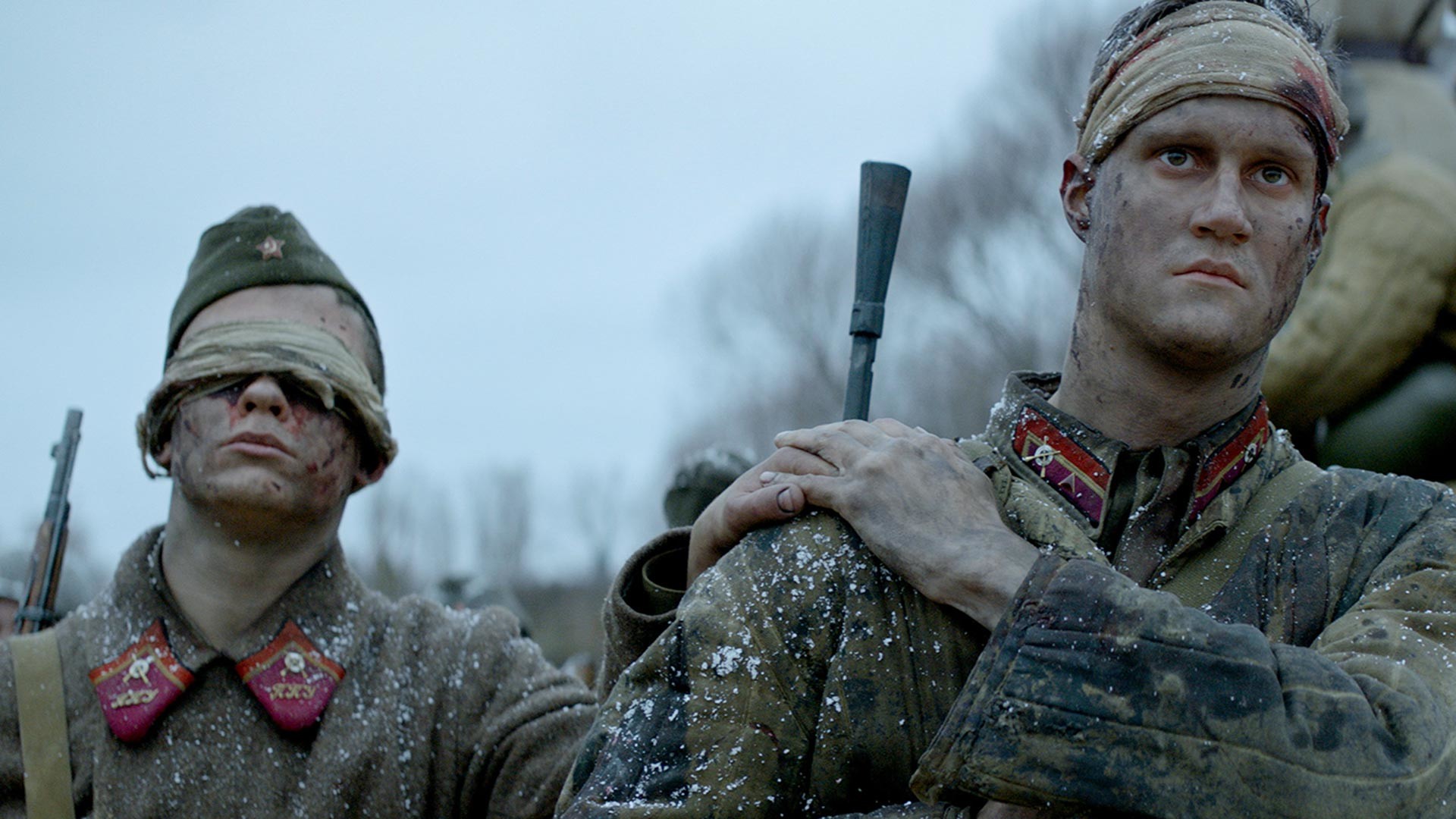 Vadim Shmelev/Central Partnership, 2020
Filmed with great respect and a keen eye for historical detail, The Last Frontier shows the war on the Eastern Front in a light that Western viewers rarely glimpse.

In early November 2020, The Last Frontier (Russian title: Podolsk Cadets) hit the big screen in Russia, eclipsing most and probably all other modern Russian films about the Soviet-German confrontation in WWII. Widely acclaimed in its homeland, it is due to be released shortly in Europe and the US.

A tale of heroism

The film is based on events that took place in early October 1941, described by Marshal Georgy Zhukov as the most dangerous phase of the Battle of Moscow. At that time, the Soviet troops defending the south-western approaches to the capital had no combat-ready units in the enemy’s path. 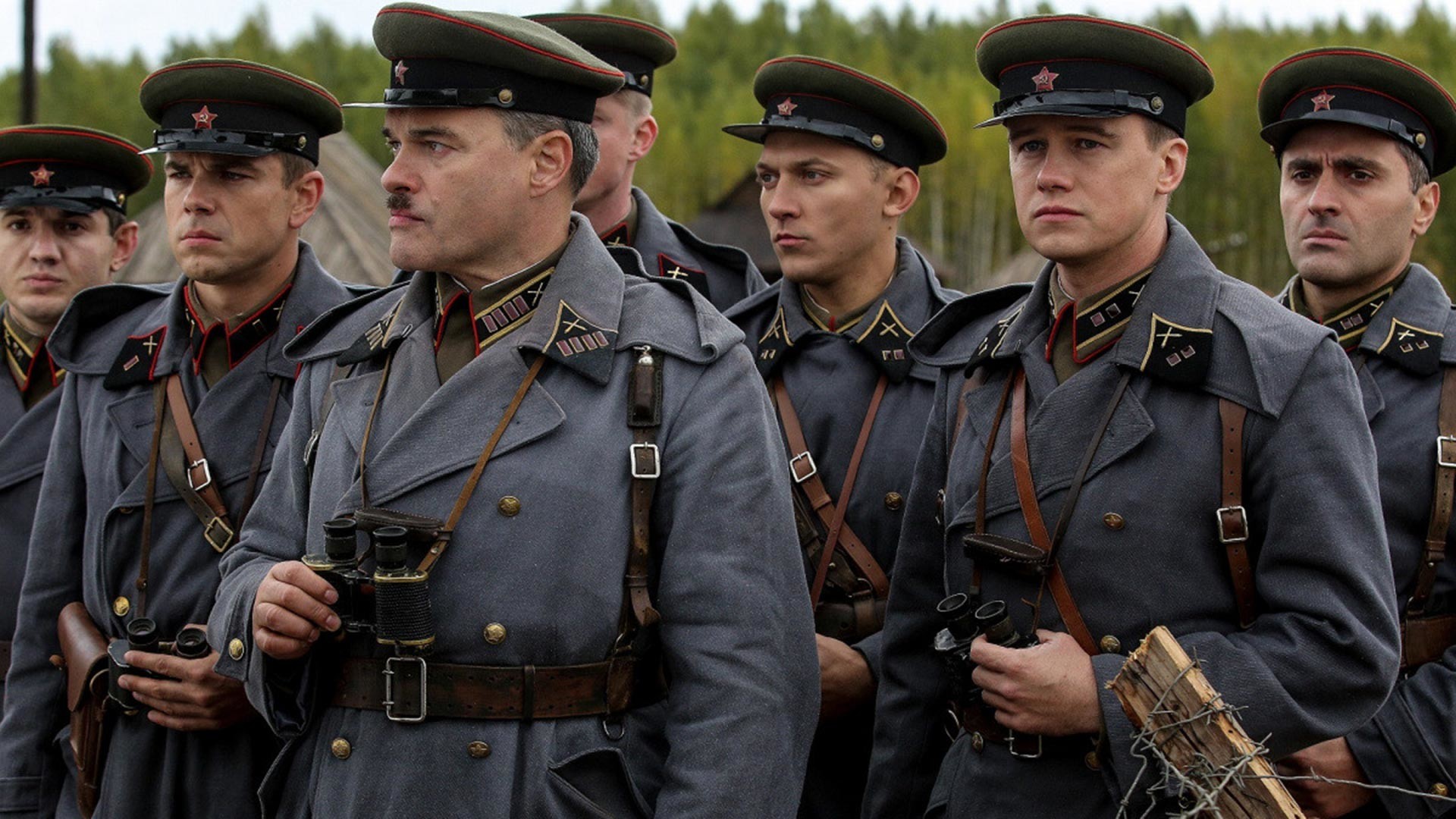 To prevent Heeresgruppe Mitte (Army Group Center, the German formation assigned to Operation Barbarossa) from storming Moscow unimpeded, and to gain time to strengthen the city’s defensive lines and transfer reserves from the east, 3,500 infantry and artillery cadets stationed in Podolsk, an industrial city south of Moscow, were pitched against the advancing Germans. These valuable cadres were due to become commanders after graduation, but desperate times called for desperate measures.

The Soviet command counted on the cadets holding the defensive lines in Kaluga Region (150 km from Moscow) for at least five days. In the end, at the cost of 2,500 lives, they held out for twelve, giving the Red Army the breathing space it so badly needed.

The Eastern Front in cinema

The Last Frontier stands apart from other films about the showdown between the USSR and the Third Reich, known in Russia as the Great Patriotic War, and in the West as the Eastern Front. It contains none of the clichés about Soviet life to which Western viewers are so inured.

American and European filmmakers rarely depict the full extent of the clash between the Red Army and the Wehrmacht. Suffice it to recall the scene in Enemy at the Gates when the Soviet infantry runs like a flock of sheep at the German positions, with one rifle between three, whilst being fired on in the back by anti-retreat squads.

In reality, the Red Army had more than enough weapons, and the anti-retreat squads were there to stop deserters, most of whom were simply sent back to the front line. Sometimes these units themselves engaged directly with the enemy.

Executions did happen, no doubt, but only as a last resort for serious offences. Moreover, they were carried out after a trial and often in front of fellow deserters. Had they fired on their own forces in the back, the anti-retreat machine-gunners would have quickly got a bullet in the forehead from them in return. 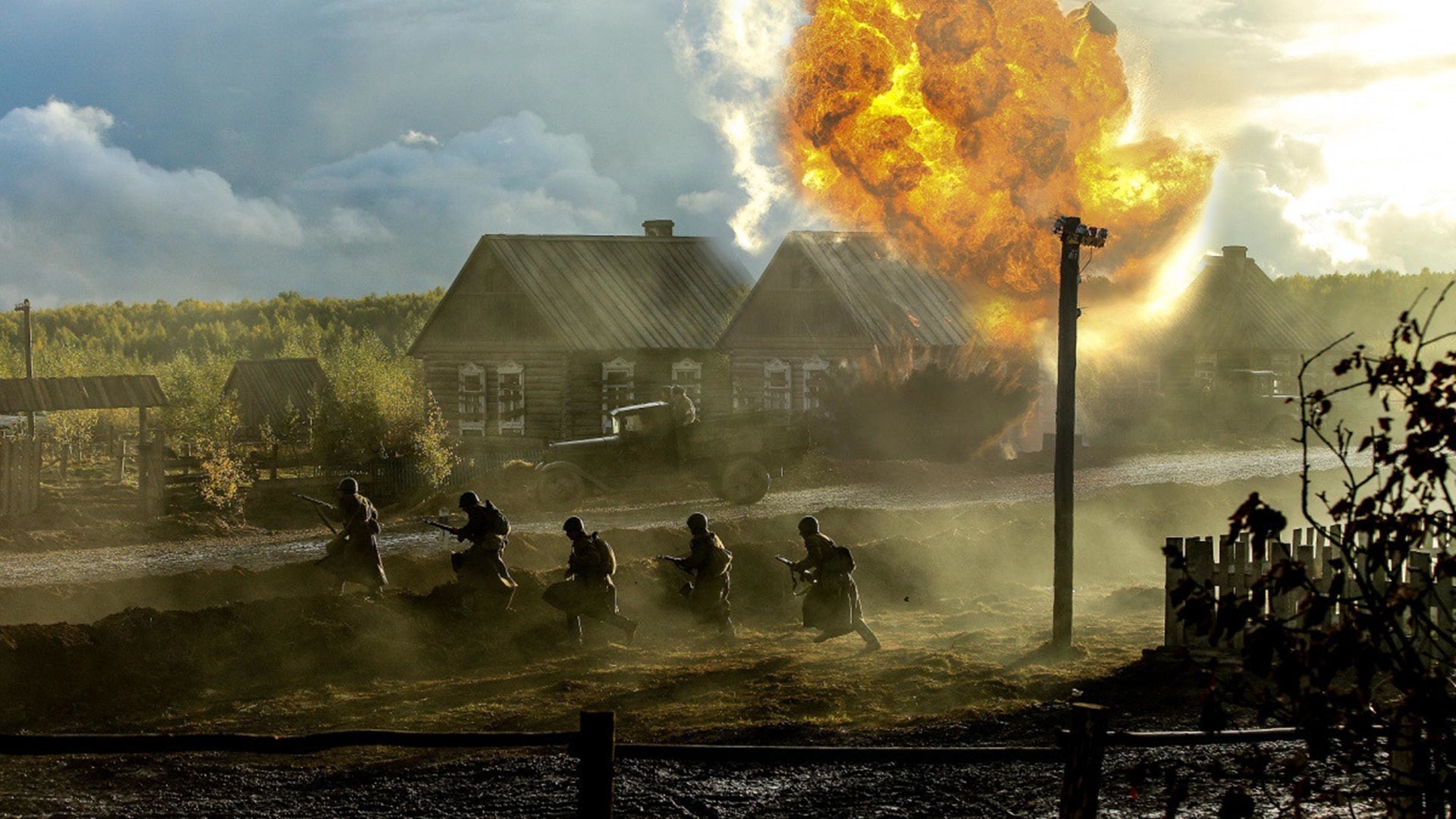 Surprisingly, some Russian moviemakers buy into the anti-Soviet propaganda almost as much as, if not more than, their Western counterparts. Modern Russian WWII films often depict either Soviet soldiers as a ragtag bunch of conscripts reluctant to fight for their homeland, or inebriated generals who drunkenly send their subordinates on suicide missions without a second (or even first) thought. Russian directors’ favorite stereotypes are political commissars and sadistic NKVD officers who happily execute ordinary soldiers for little or no reason.

In modern WWII movies, unpalatable episodes rooted in reality are taken to the extreme and beyond, which generally distorts the viewer’s perception of both the war and the Red Army’s role in it. Such clichés are refreshingly absent in The Last Frontier. The screenplay was created on the basis of Soviet and German archives, as well as eyewitness accounts of survivors.

The cadets here are not silent lambs sent to the slaughter by haughty commanders and bespectacled commissars. They are simple guys, many not yet 18 years old, who are itching to take a pop at the enemy. They are scared, of course, but overcome their fear so as not to let down their comrades and loved ones back home. As in any situation, some cope better than others. 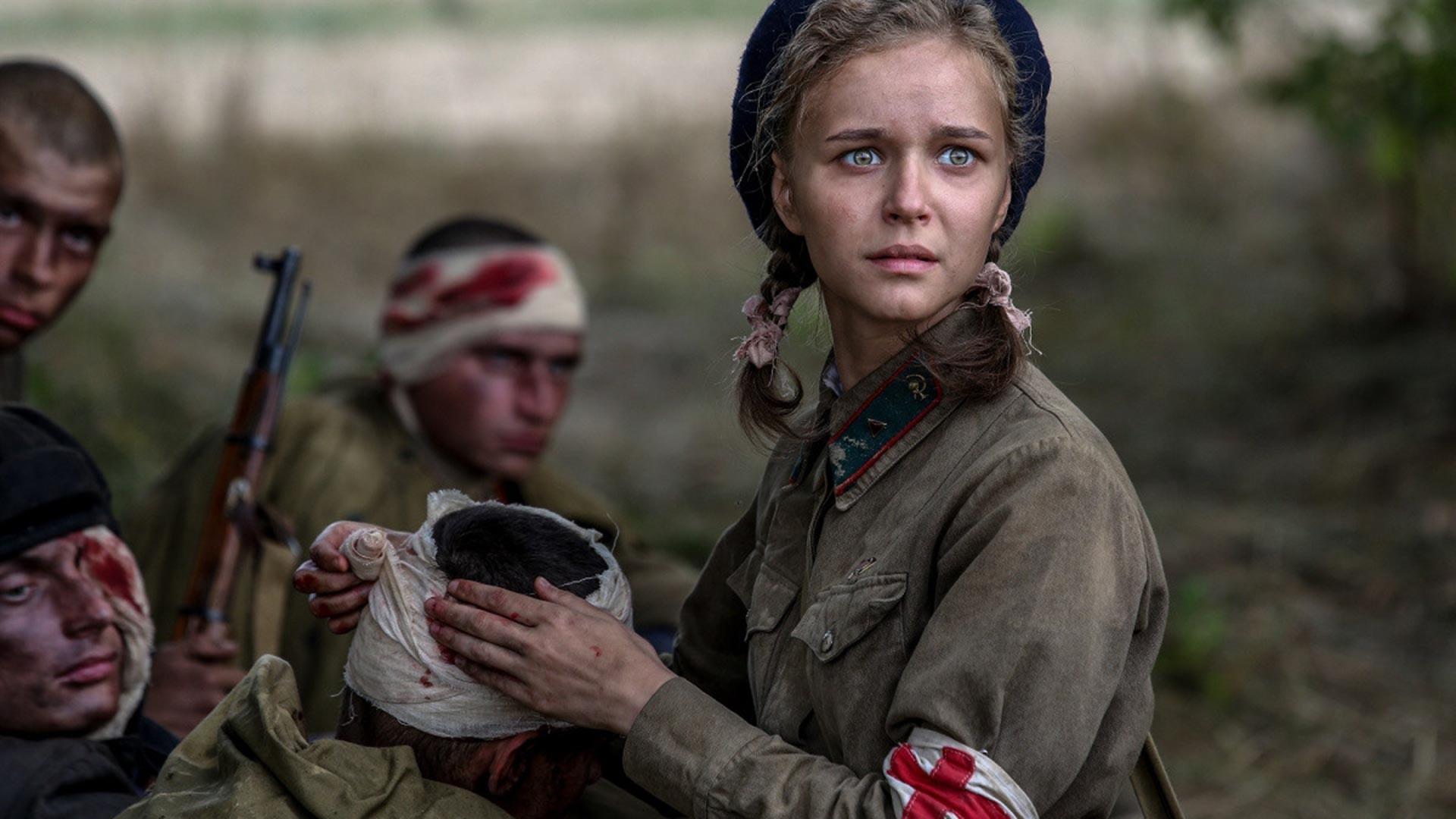 The generals here are not the drunken mob they usually are in Russian cinema. In the words of military historian Alexey Isaev, they are real father figures, strong-willed and decisive, who never shirk responsibility. Following orders from HQ, they have no choice but to send their troops into the depths of hell, but if the tiniest opportunity arises to save just one life, they grab it with both hands.

Also portrayed in the film is the political commissar, a supervisory officer responsible for the political education and organization of the unit. But instead of standing there with his revolver against a soldier’s temple, he takes part in the hostilities on an equal footing with — and even more zealously than — everyone else. After all, the main task of the political commissars in the war was not to shoot as many of their men as possible, but inspire them to fight the enemy. No wonder the Germans eliminated them first if the opportunity presented itself.

Filming of The Last Frontier took place at the actual battle site in Kaluga Region. The river, bridge, houses, fortified areas and soldiers' uniforms and weapons were all carefully recreated, based on surviving records. 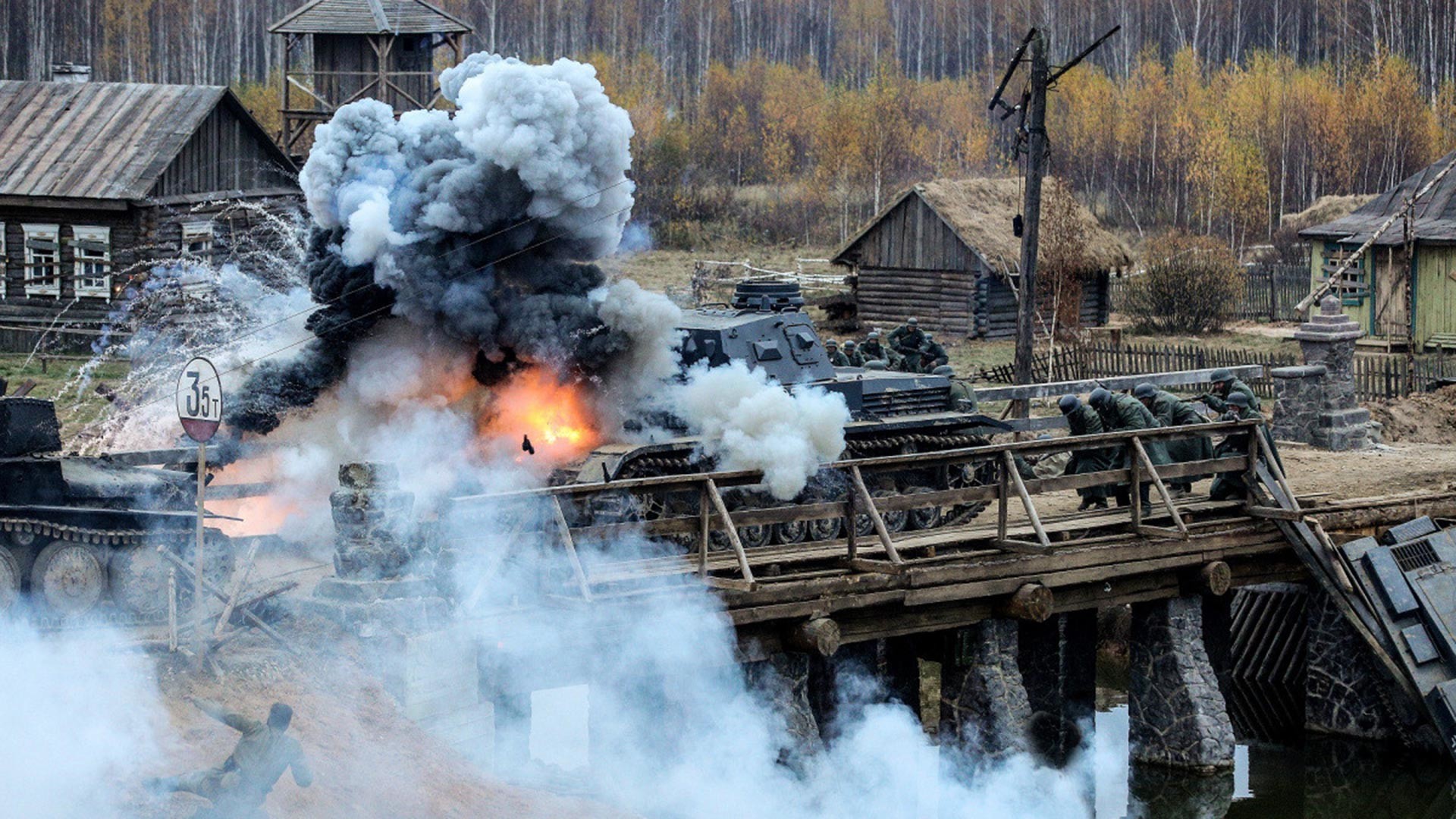 CGI accounts for only 10 percent of the special effects. Instead, original German armored personnel carriers and Pz. IV, Pz. II and Pz. 38 tanks, Soviet 45 mm anti-tank guns and legendary T-34 were restored from museums and brought on set.

“It’s all about authenticity,” says producer and co-screenwriter Igor Ugolnikov: “Historical consultants ran around the set, even checking the numbers glued on the tanks. We were looking to achieve maximum accuracy, to get closer to reality. We researched the battle down to the last detail, including the numbers of the aircraft that took part. We studied how the guns were fired, and not just fired, but how exactly it was done in 1941. This is more than a film, it’s almost a document, it speaks with candor, not slander.”

Military historians, while generally giving the film a big thumbs-up, do not fully concur with Ugolnikov’s assessment that The Last Frontier is the last word in historical reality: for example, the use of anti-aircraft guns, mortars, howitzers, etc. is missing, as is the role of the 312th Infantry Division, which covered the cadets' flanks. But these flaws are forgivable, says Aleksey Isaev: “What’s shown is shown at a high level. As a whole, the film succeeds ... It’s a big step forward for modern Russian cinema,” asserts the historian.