10 Soviet movies that everyone should watch 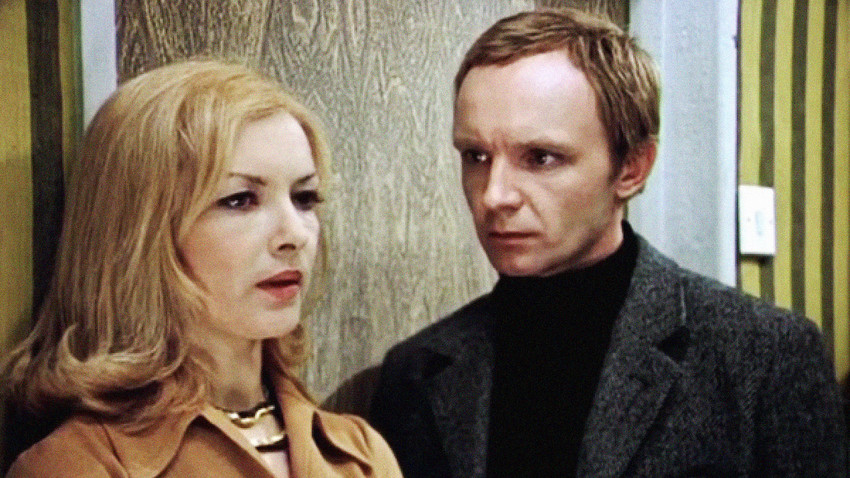 Eldar Ryazanov/Mosfilm, 1976
Russians are just crazy in love with these films and consider them to be golden classics of cinematography. If you want to understand Russia better, don't miss them.

1. The Cranes Are Flying 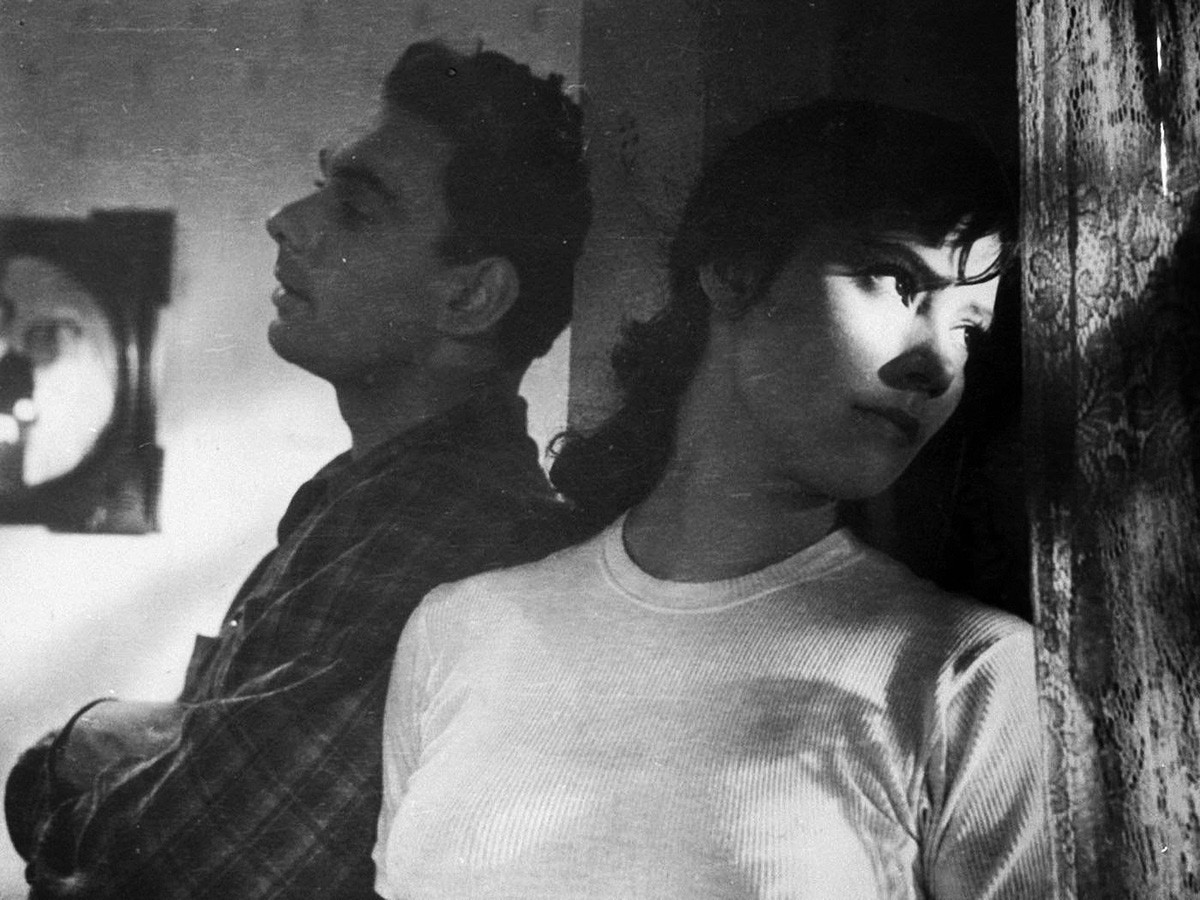 A young couple is dating and walking around Moscow, they are happy and going to get married, but suddenly the war starts… They go their separate ways, she stays in Moscow while he is called up. They lose each other and suffer a lot. Will they ever meet again?

This is the only Soviet movie to win the Palme d'Or at the Cannes Film Festival and an absolutely heartbreaking wartime drama by talented director Mikhail Kalatozov. 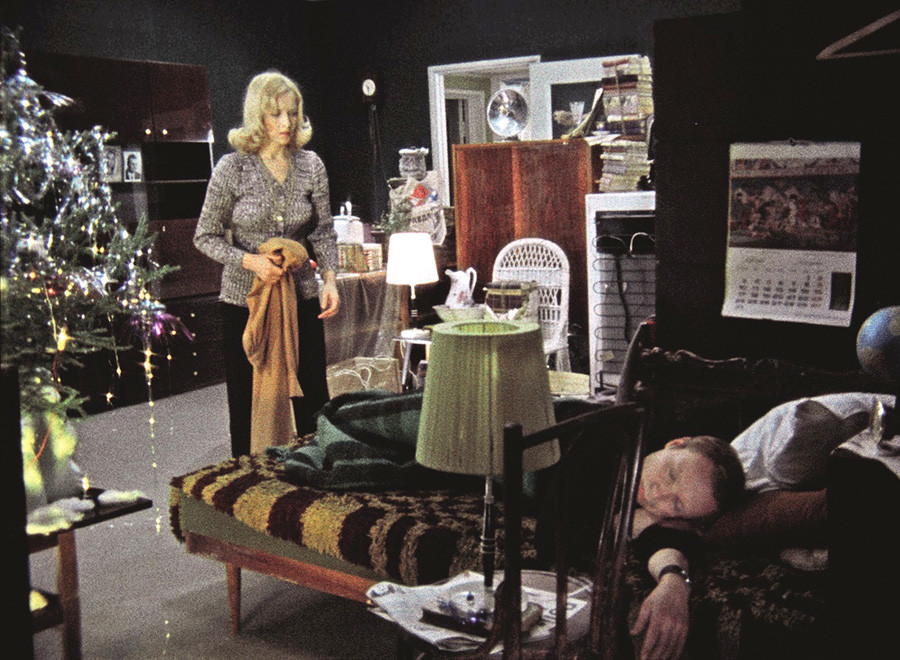 A symbol of New Year's Eve in Russia. This comedy is shown on TV every December 31. A 37 year old bachelor still living with his mother. He goes to the banya with his friends before New Year and drinks some farewell beers for the outgoing year. He drinks far too much and his friends by mistake put him on a flight to Leningrad, while in Moscow his girlfriend is waiting for him to spend New Year's Eve together…

The movie was a massive box office hit in Soviet cinemas and was watched by 7 million people after its release. People love the brilliant acting, irresistible humor and unforgettable songs based on popular poems. Moreover, the movie dares to poke fun at the typical identikit Soviet cities of the time, typical Soviet apartment buildings, and even typical furniture, so that a man waking up in a stranger’s apartment house doesn't even understand it at first. Everything everywhere is too equal. 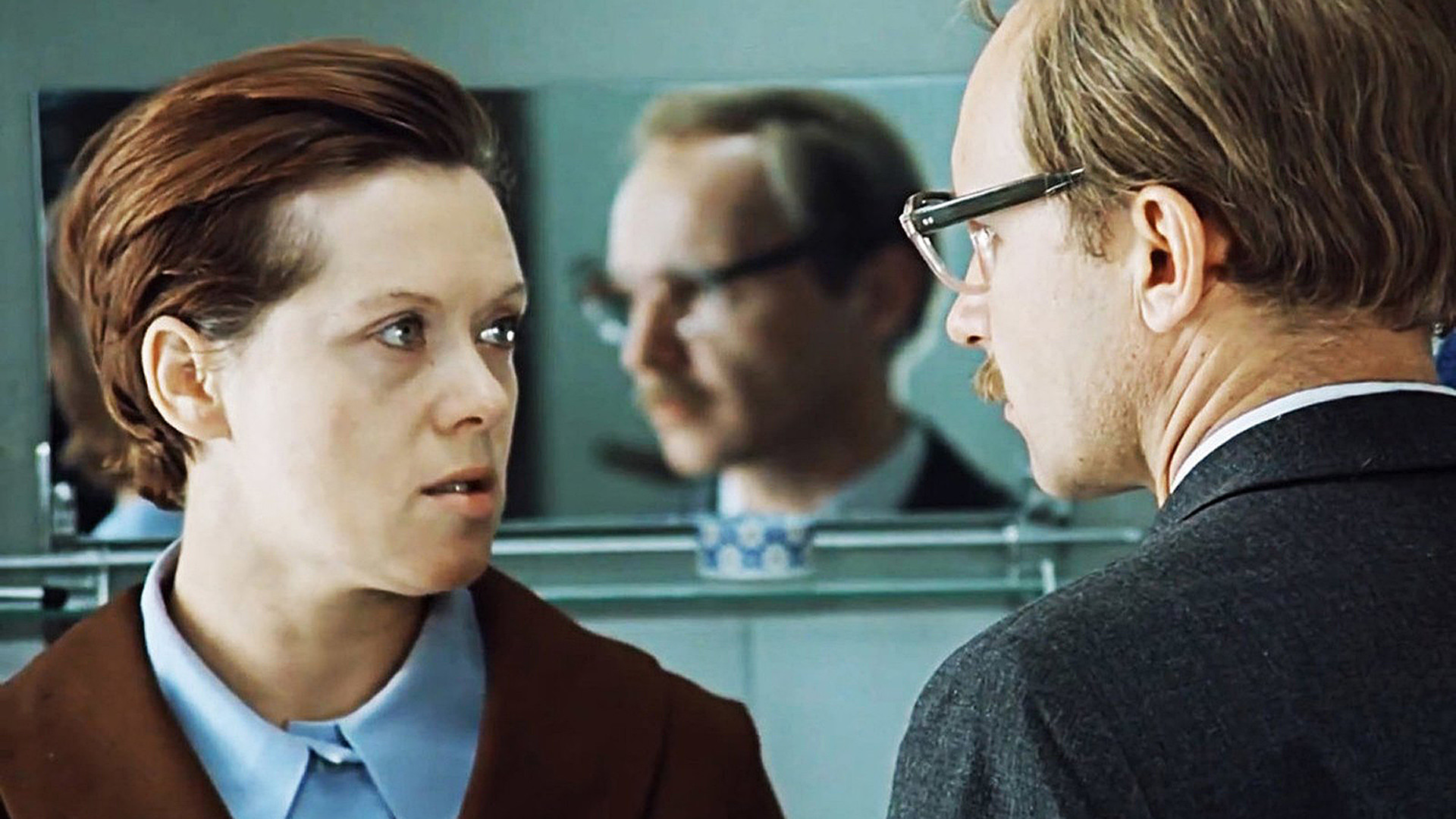 A romantic comedy and an ode to office plankton (and a very anti-feminist thing). A lonely father of two is working as a lowly manager in a statistical agency. He is a soft and a slightly scruffy man and can only dream that his life will somehow improve. Suddenly an old friend suggests a cunning plan - he should flirt with their female boss, melt her heart and get promoted into the bargain.  But how to flirt with a woman that you are afraid of? Plus a workaholic one that is absolutely unattractive? Well, she appears still to be a lady somewhere deep inside.

It was one of the highest-grossing films of Soviet Union, that also won a State Prize, and another success for director Eldar Ryazanov who also wrote the script. 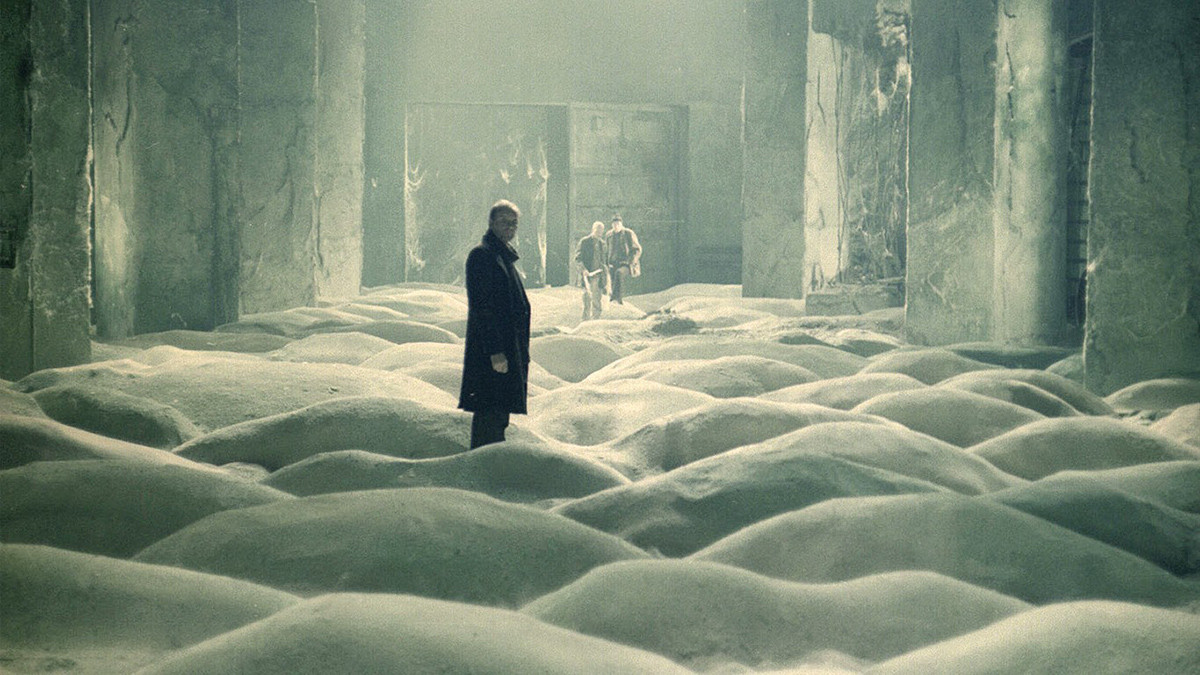 A sci-fi based on the Strugatsky Brothers’ novell Roadside Picnic. Stalker is a guide who illegally brings people into the Zone, a dangerous place subject to paranormal activity. There is a secret chamber inside this Zone where all dreams can come true. His 'clients' are a professor and a writer that expect the room will help them end their creative crisis. But what if these peoples' minds are too weak to resist the paranormal powers? Or what if one of them has another secret goal in this expedition?

The movie is one of Andrei Tarkovsky directing masterpieces and frequently joins various different lists of all time ‘best of the best’ movies. It won the Prize of the Ecumenical Jury at the Cannes Film Festival.

5. Moscow Does Not Believe in Tears 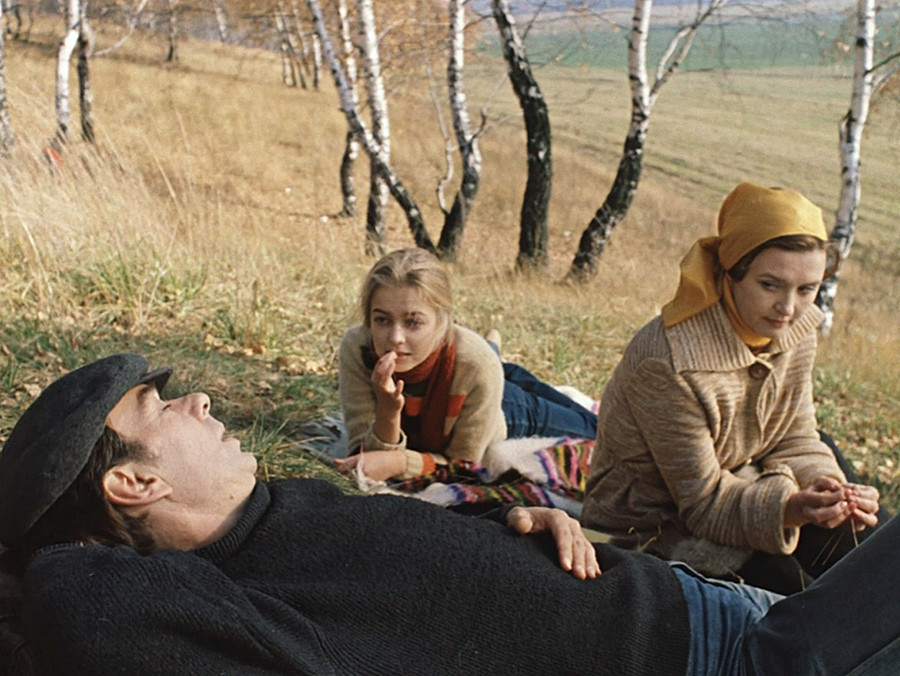 Another anti-feminist movie that actually shows that every woman’s happiness is family, and even if she is a big boss her life can never be complete away from family. A young provincial girl comes to Moscow to study. She is very shy and careful but because of her active friends, she appears at a party full of men and alcohol. A playboy Muscovite seduces her and she becomes pregnant. But he doesn’t want to marry and doesn’t want this baby. She plunges into despair, but ends up to be a really strong, successful woman. And what happens when she meets him again, after several years?

The movie won an Oscar for best foreign film in 1981. Legend has it that Ronald Reigan watched this movie as he wanted to understand Russians better before meeting Mikhail Gorbachev, but it still didn't help him - but maybe it’ll help you! 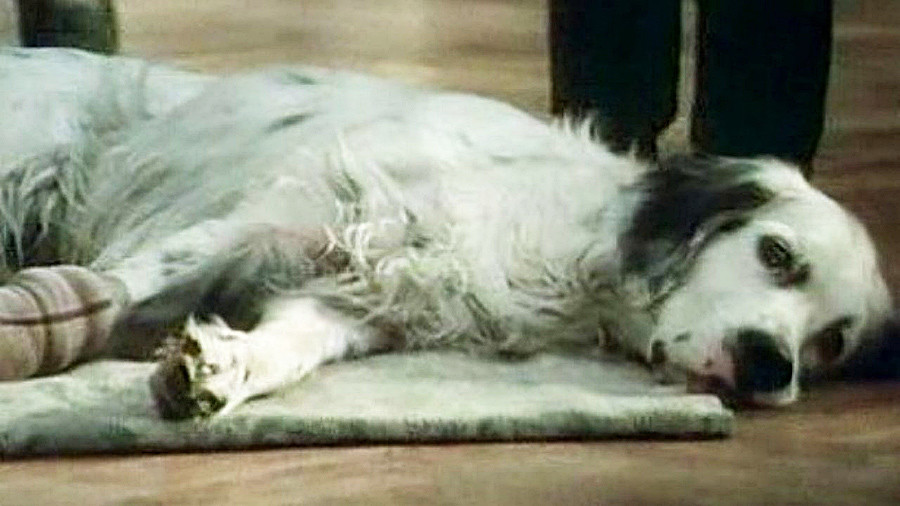 If you wept all your tears watching Hachiko, prepare for a double dose of handkerchiefs and napkins. This film will just break your heart. A Gordon Setter dog born with the wrong color: he is white and has a black ear. A not so young man adopts Bim and takes him hunting. Bim is happy with his new man and is very devoted to him. But one day the man goes to hospital, and Bim runs to look for him…

The film was nominated for an Oscar in 1979. The sad melancholy of the film, birch trees and late Soviet aesthetics - all this made for one of the most popular films of all time.

7. Gypsies Are Found Near Heaven (aka Queen of the Gypsies) 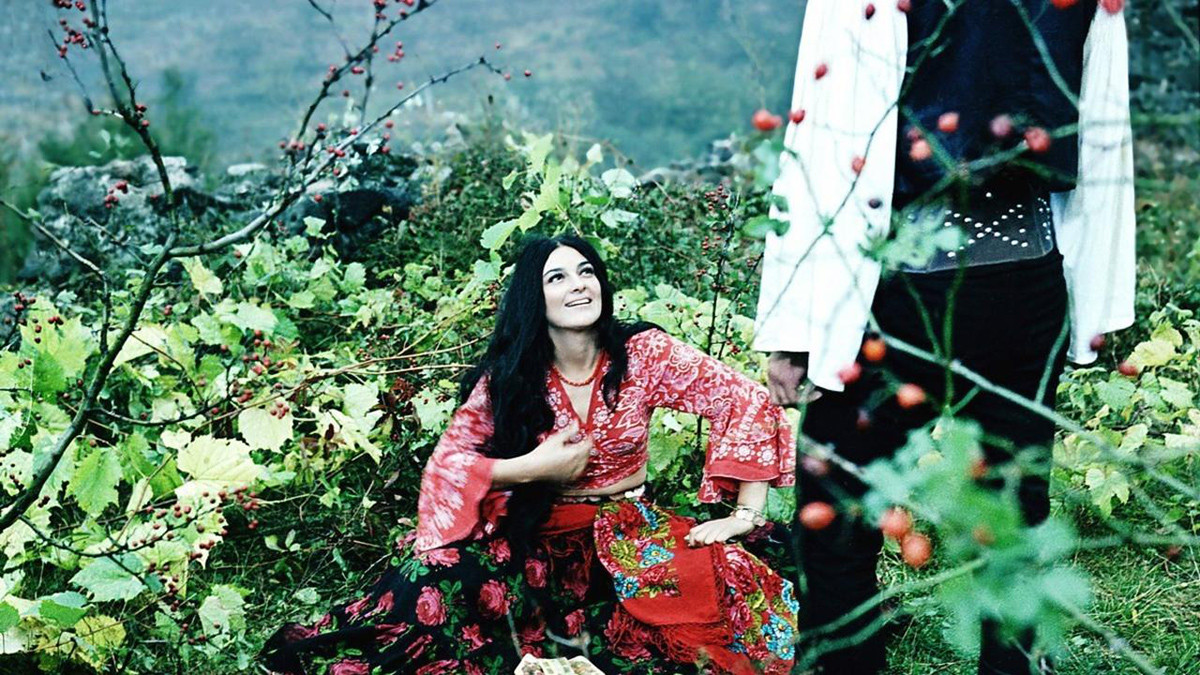 A musical drama full of passion. Two young and independent gypsies fall in love with each other but neither wants to lose their freedom, so they don't want to get married. He is a horse thief and has problems with the police and at the same time with the gypsy camp of his beloved. What should these Romeo and Juliet do to stay together...

The film is based on Maxim Gorky's short stories, which are in their turn based on legends that he heard during his travel across the Caucasus.

The gypsy artists from Moscow’s Romen Theater appear in the film and thanks to them we now have heartbreaking music and songs (and 64 million Soviet citizens watched it and liked it too). 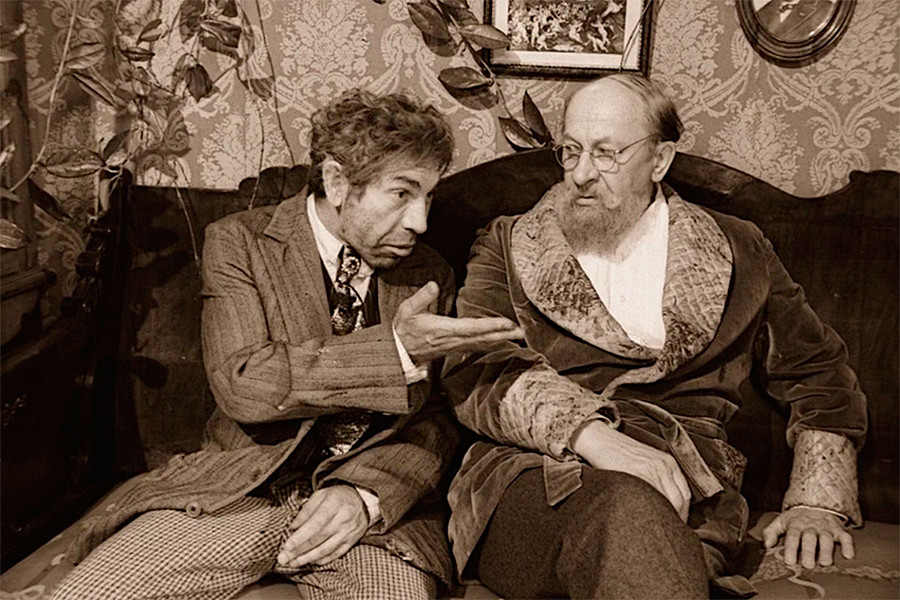 A medical professor carries out brave experiments. Now he decides to implant a human brain into a stray dog (and this way saves the dog from the pound and death). And the dog really turns into a human being - albeit a caricature version of a proletarian in the new Soviet state. And even though it has a human brain, it still has a dog’s heart. What will the professor do with his creature?

The iconic movie that became even more popular than the book that inspired it - Bulgakov’s short story of the same name. Quotes from the movie were spread as idioms across the whole nation. Moreover, the movie had a similar effect as a bomb as it was issued just at the same time when the book was allowed to be published after many years of Soviet ban. And for the times of perestroika poking fun at early Soviet years was very unusual and thus absolutely satisfying. 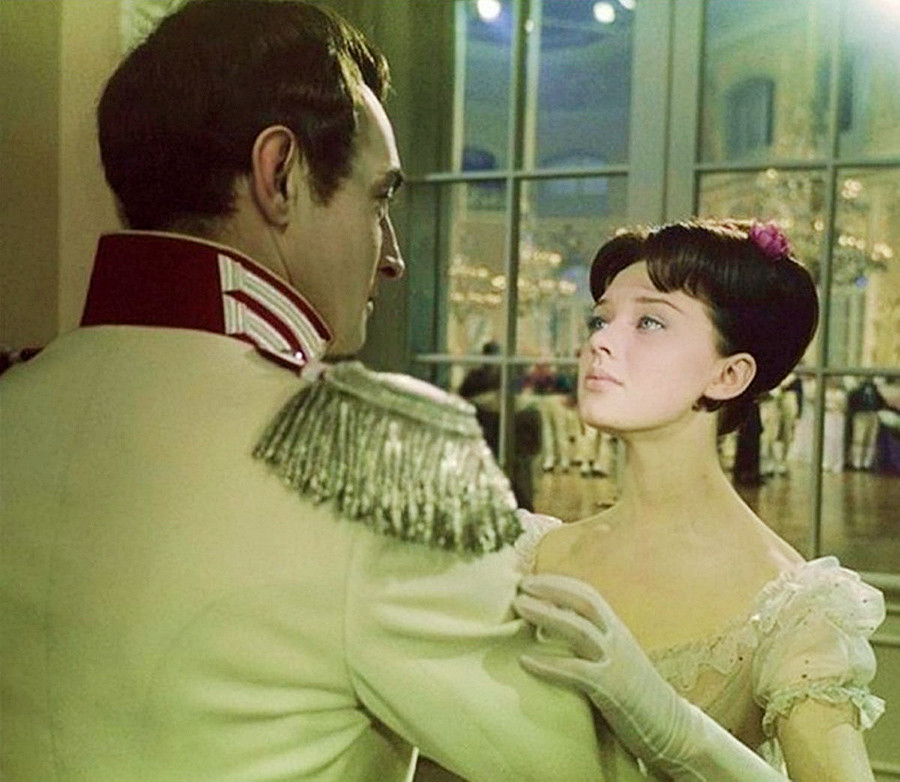 In 1805 Russia is on the eve of war with Napoleon’s France. The danger is discussed in high society. Adults are preparing for struggle, while young people stay young: they fall in love, dream, gamble and just want to live. The film depicts the stories of several families throughout the war and breathtaking battle scenes. How many characters remain alive at the end?

This movie won both an Oscar and a Golden Globe for the best foreign film. And without any doubt this is the best ever screening of the famous Toltoy’s epic novel, and one of the most epic scale Soviet films.

10. Ivan Vasilievich Changes Profession (aka Ivan Vasilyevich: Back to the Future) 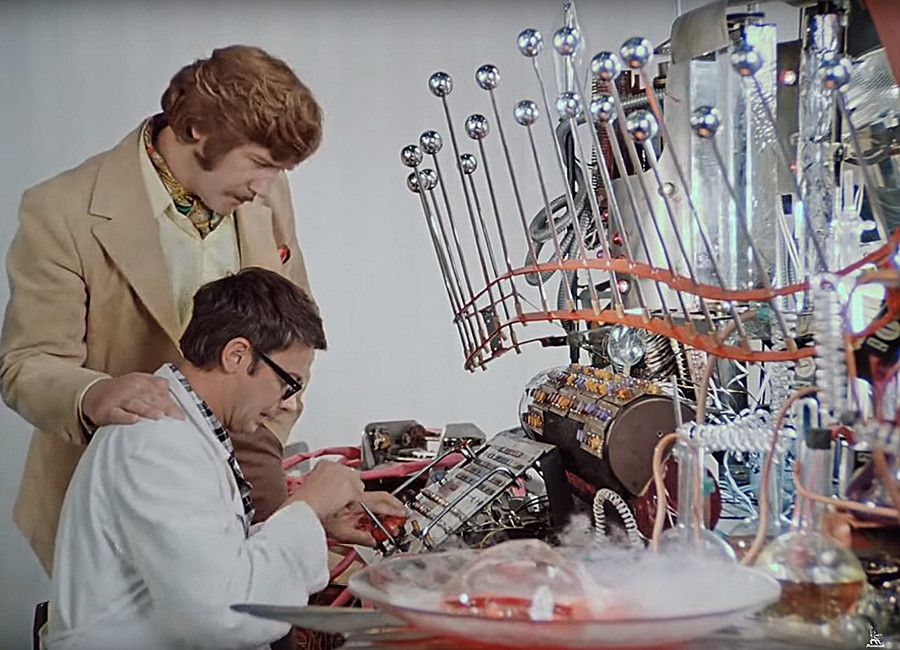 A young Soviet scientist is driven by the idea of creating a time machine. No one believes in him, but suddenly it works! Accidently he sends his neighbor back to the times of Ivan the Terrible along with a thief who was ‘working over’ another neighbor's apartment. At the same time, the genuine Ivan the Terrible is transported to the Soviet Union… (and likes what he finds in modern Moscow a lot). Will he ever get home?

The movie is based on a little known play by Bulgakov. In 1973 it was the highest grossing film of the USSR  and it still makes millions of Russians laugh.