The 4 times they tried to assassinate Stalin 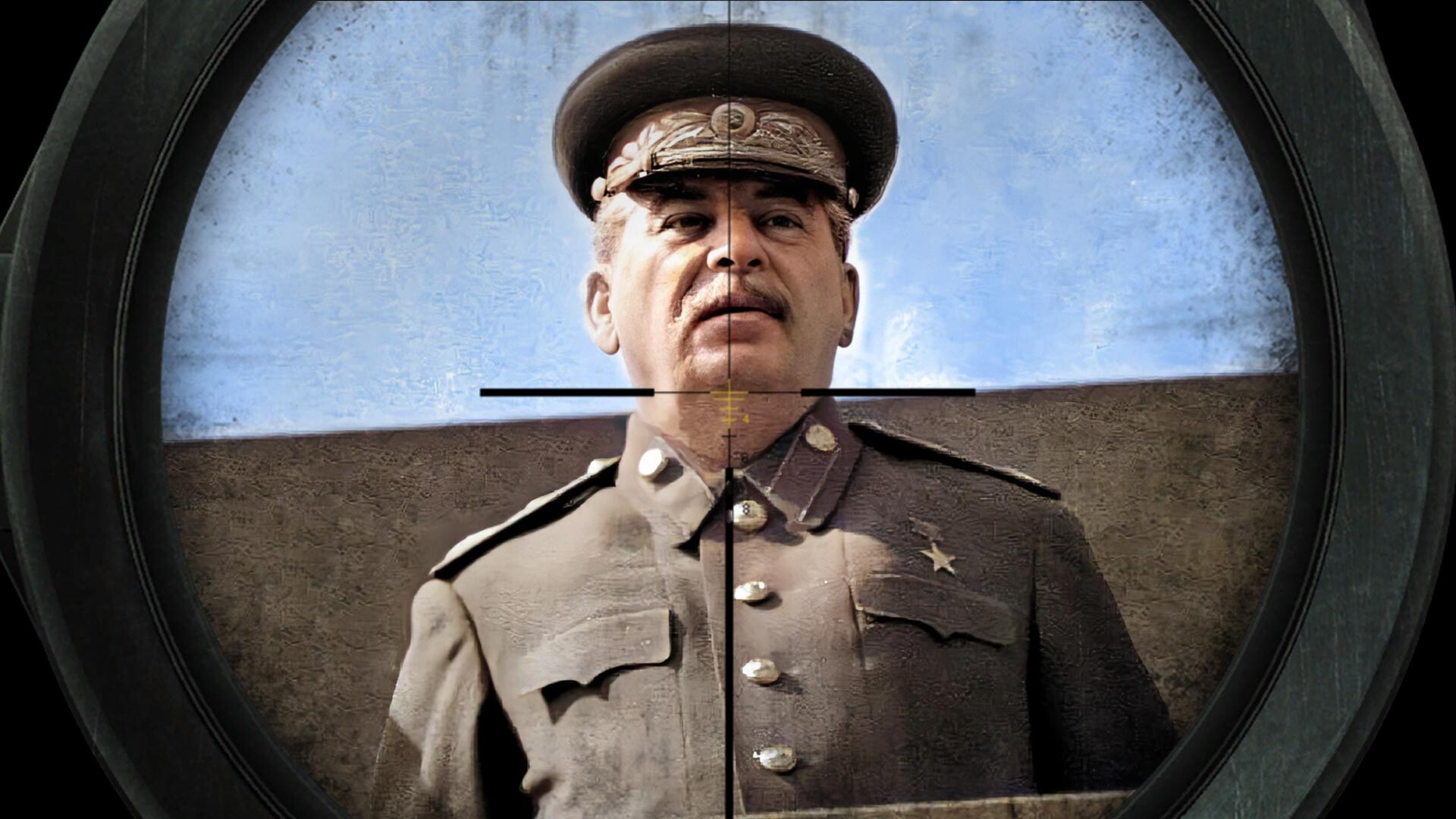 Russia Beyond
Even after becoming the head of state, Joseph Stalin liked walking among crowds of people on the streets of Moscow. However, he dropped the habit after the very first attempt on his life.

The history of attempts on the life of the all-powerful “father of nations” is shrouded in secrets and myths. Some of the dozens of known cases were fabricated by the Soviet secret services, others are outright fiction, while others are still classified as “secret”. To date, four attempts to assassinate the head of the Soviet Union are considered more or less reliable. 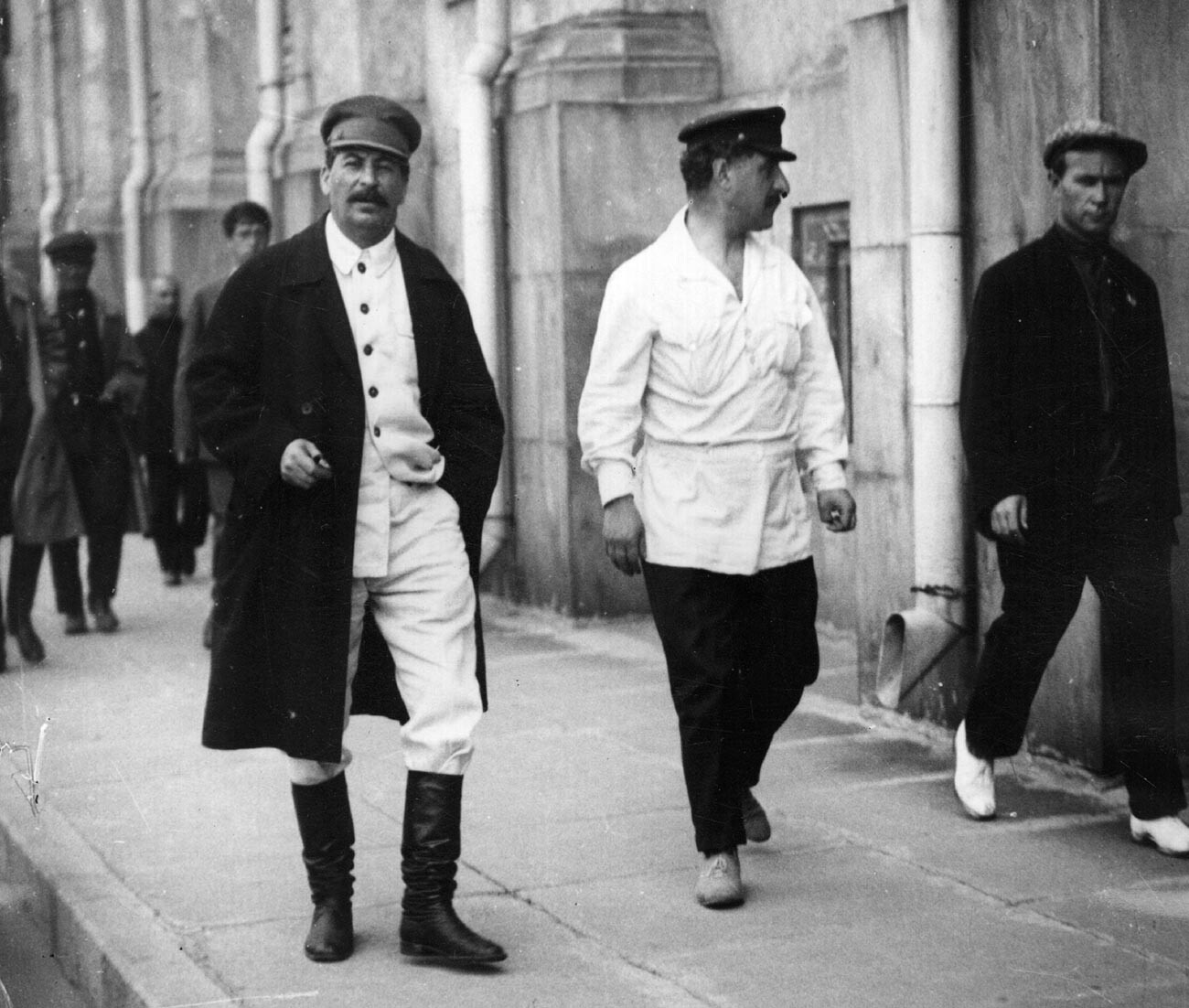 On November 16, 1931, the General Secretary of the Central Committee of the All-Union Communist Party of Bolsheviks was taking a walk in the streets of Moscow, when a man approached him in a hurry and tried to pull out a revolver. Stalin was saved not by his bodyguards, but by a secret police officer, who happened to be nearby. He grabbed the assailant by the arm and knocked him down.

The perpetrator turned out to be a certain Leonid Ogarev (also known by the names Platonov and Petin), a former White Guard officer, a member of the Russian All-Military Union organization of emigres and, moreover, a British intelligence agent. He had arrived in Moscow shortly before then and was being watched by the OGPU secret police. 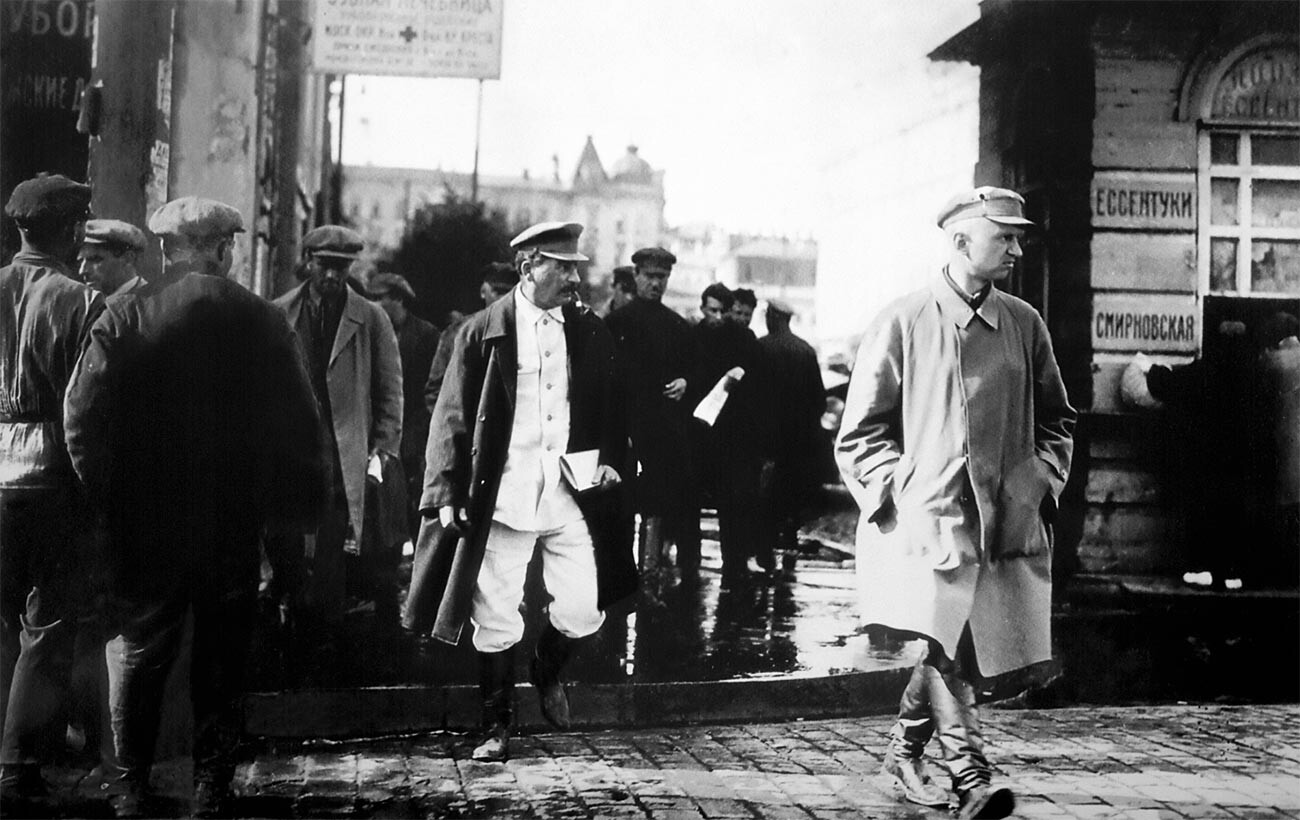 Stalin in the streets of Moscow, late 1920s.

Ogarev was collecting intelligence in the capital, when he suddenly saw the Soviet leader among passersby in the street. However, the secret police officer watching him prevented the agent from taking advantage of this opportunity. Soon after, Ogarev was convicted of terrorism and espionage and executed.

The assassination attempt sent shockwaves through the Soviet leadership. Members of the government ordered for the leader’s protection to be stepped up and jointly signed a resolution: “Comrade Stalin’s walking around Moscow must be stopped.” 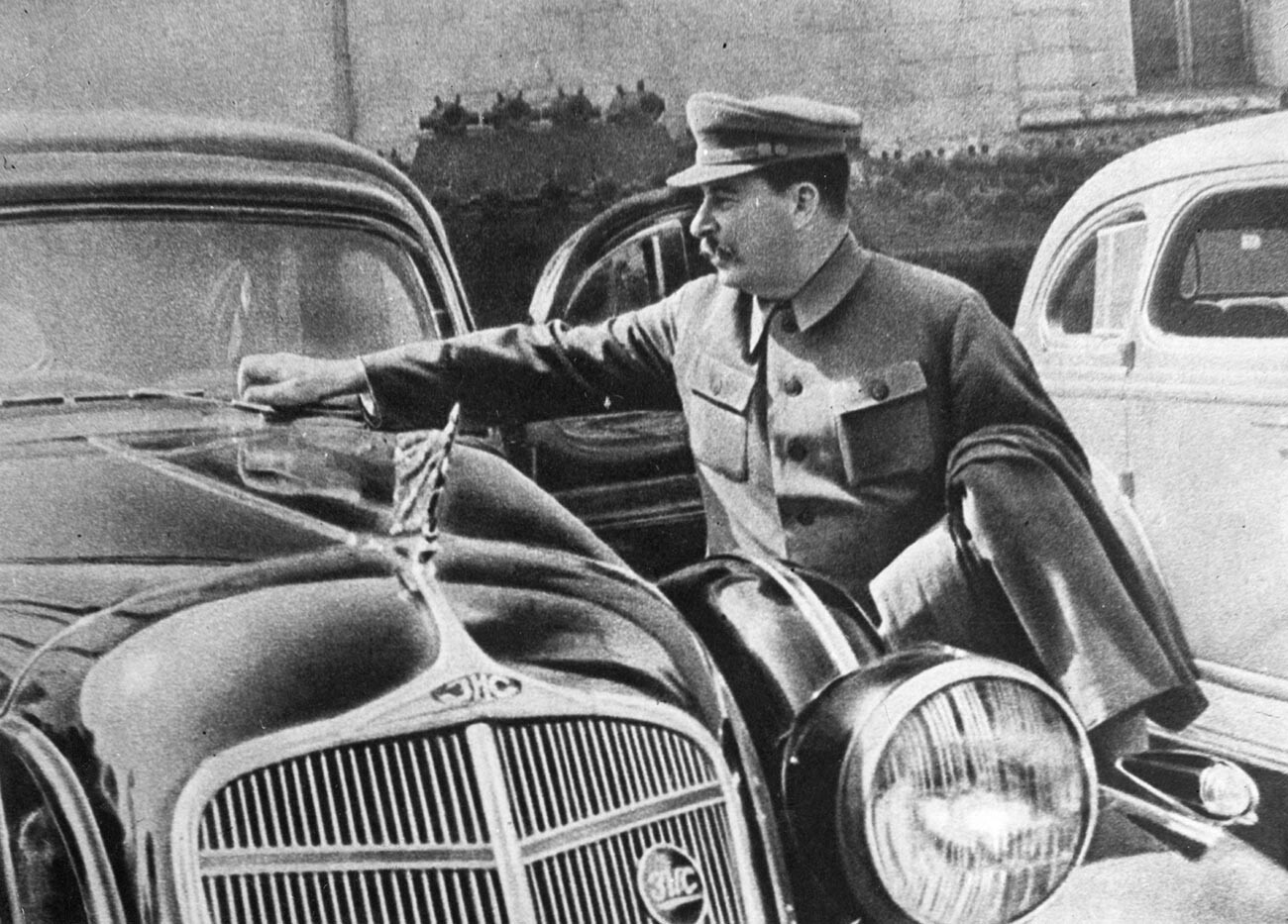 On November 6, 1942, Savely Dmitriev, who served in a regiment stationed in Moscow, left his unit and, taking a rifle, headed towards the Red Square. The soldier pretended to be a sentry and took up a post at the Spassky Gate of the Kremlin.

Dmitriev waited until a government car left the gate and opened fire on it. The car was carrying Anastas Mikoyan, People’s Commissar for Foreign Trade of the USSR, who was not injured in the incident. After a short skirmish, the guards managed to capture the shooter alive. 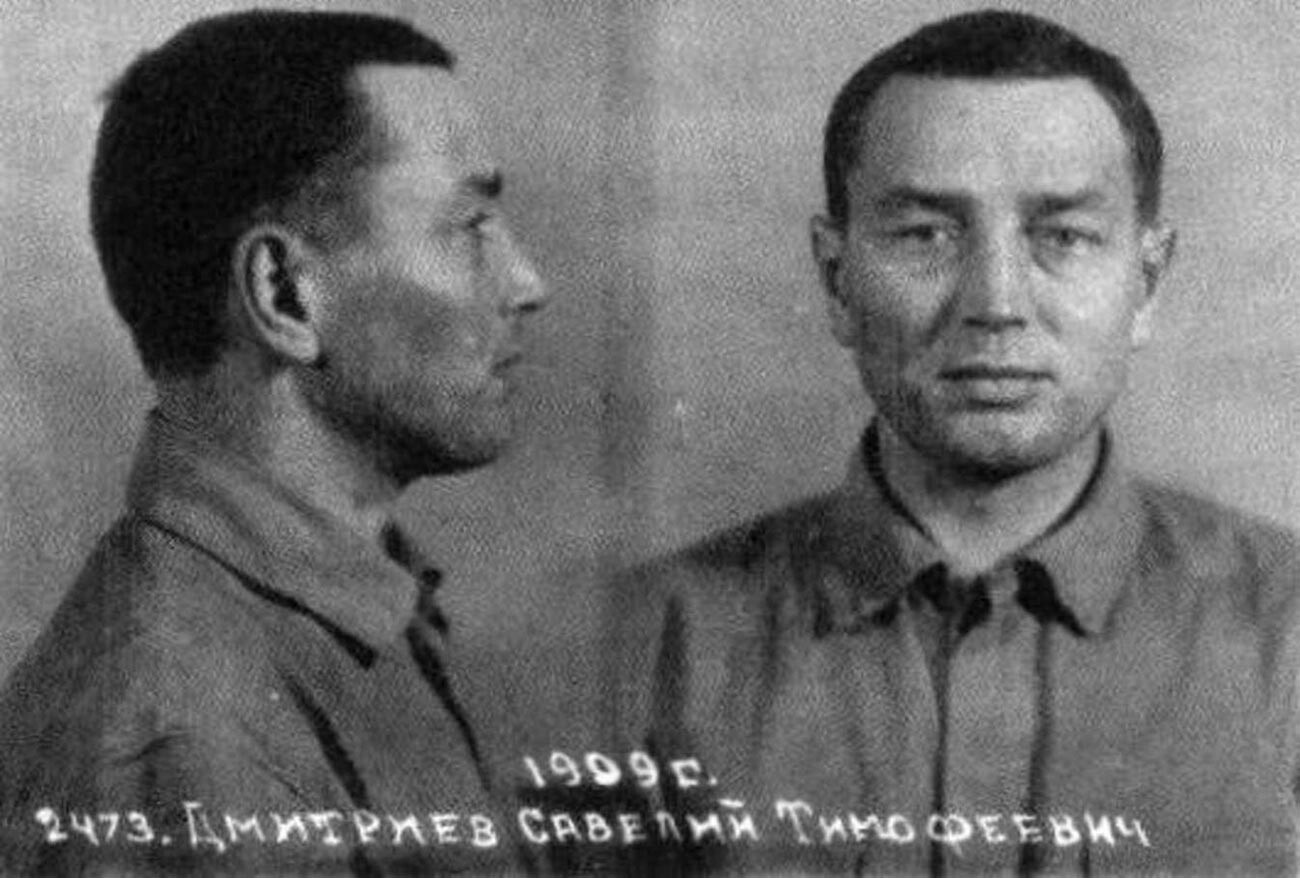 During the interrogations that followed, it was established that the soldier’s target was not Mikoyan, but Stalin himself, but he had fired at the wrong car by mistake. For a long time, security services tried to find out who was behind the assassination attempt. They interviewed Dmitriev’s relatives and friends and they visited areas of hostilities, where they talked with his fellow servicemen.

However, they failed to establish any connection between the shooter and any Nazi or counter-revolutionary organization. A medical examination also showed that Dmitriev had mental health problems. A medical assessment report from 1943 said: “Upon admission to the NKVD hospital Butyrskaya, he complains of auditory hallucinations. He says he hears Roosevelt talking to him on the radio from America.” Savely Dmitriev was executed on August 25, 1950. 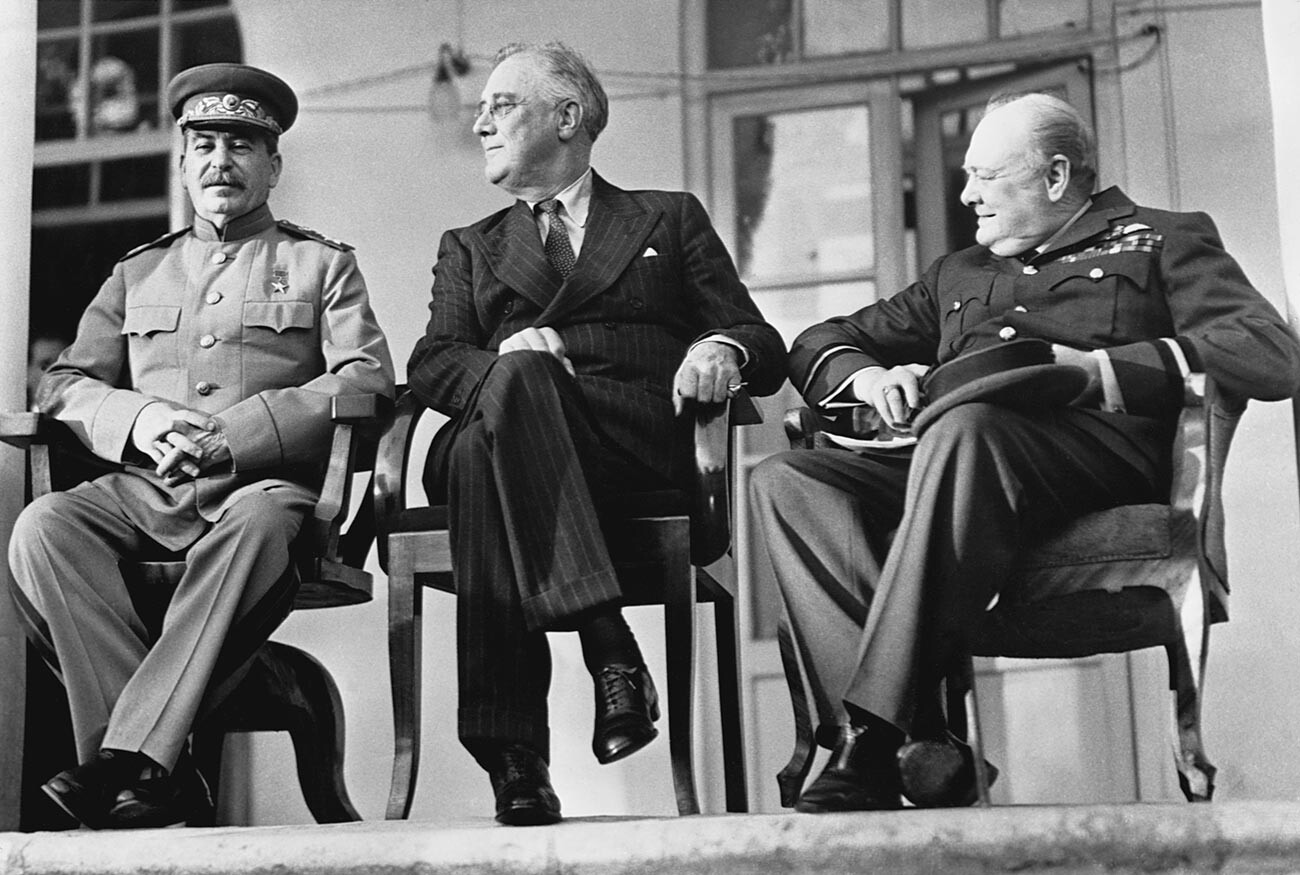 After German intelligence services learned in October 1943 that Stalin, Churchill and Roosevelt planned to hold a conference in Tehran, they decided to develop ‘Operation Long Jump’, aimed at kidnapping or physically eliminating the leaders of the anti-Hitler coalition.

Before the outbreak of World War II, Iran was firmly within the sphere of influence of the Third Reich. Even after the partial occupation of the country by Soviet and British troops in 1941 and the overthrow of the pro-German Shah Reza Pahlavi, the Germans managed to preserve part of their intelligence network in the country. 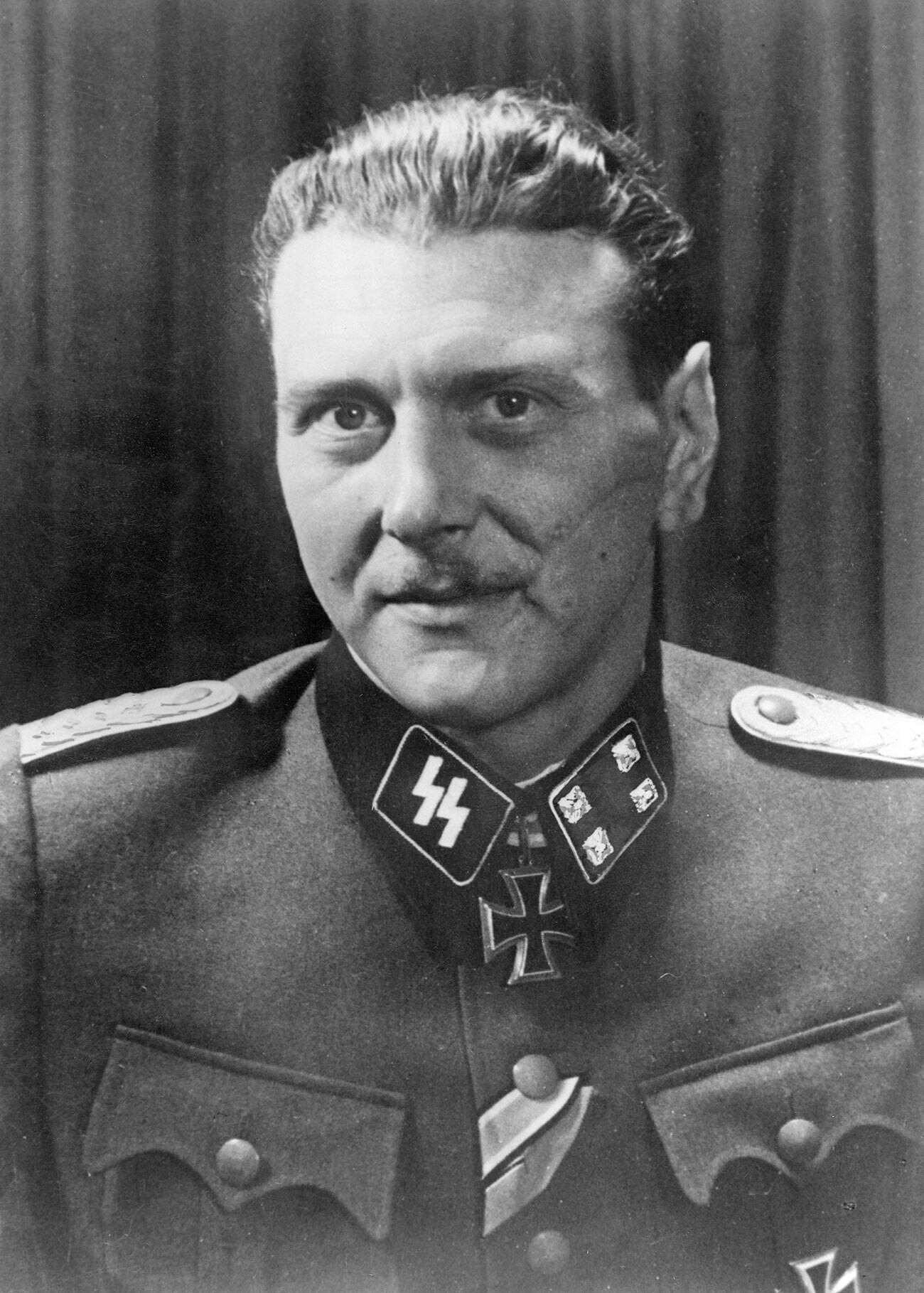 The operation was entrusted to the best special operations expert in the Third Reich, SS-Obersturmbannführer Otto Skorzeny, who, on September 12 of the same year, managed to rescue Benito Mussolini from captivity. The first group of saboteurs was supposed to make contact with the local agents and prepare everything for the arrival of the second group, led by Skorzeny himself, whose task was to capture or kill the Allied leaders.

The Germans knew that while the British and Soviet missions were located next to each other, the American one was located separately on the outskirts of the city. Thus, Roosevelt, who would have to travel several times a day to meetings through the narrow streets of Tehran, became a prime target.

The operation, however, was doomed from the start. Thanks to intelligence obtained by Soviet spy Nikolai Kuznetsov, the Soviet intelligence services knew about the impending assassination attempt and neutralized the first German group that was airdropped in the area of the city of Qom, 70 km from Tehran. After the first group was captured, the operation was canceled. The “long jump” was aborted mid-flight.

A grenade-launcher against Stalin 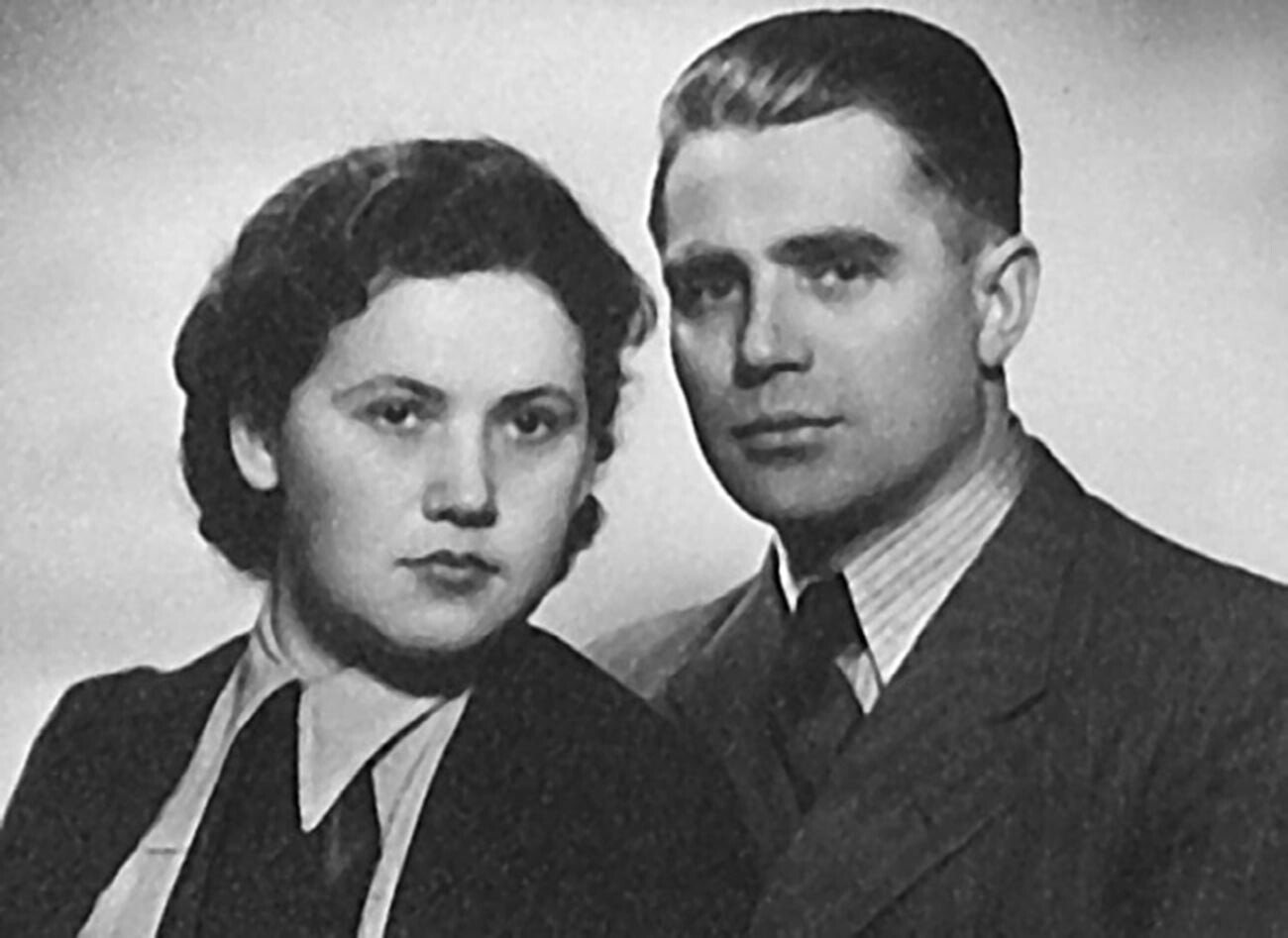 Arguably, the best prepared attempt on Stalin’s life was entrusted to German intelligence agent Pyotr Tavrin (real name Shilo). He was equipped with pistols with a set of poisoned and explosive bullets, as well as a portable Panzerknacker grenade launcher. Attached to the arm, it could pierce 40-mm armor from a distance of up to 300 meters.

The commander of a machine gun company, Tavrin defected to the Germans in May 1942 (according to other sources, he was captured). Ready to cooperate with the Nazis, he was accepted into the Zeppelin intelligence center, where he underwent special training under the supervision of Germany’s No. 1 special operations professional, Otto Skorzeny.

“Skorzeny explained to me what personal qualities a terrorist should have,” Tavrin told Soviet security officers during interrogation. “He talked about the details of the kidnapping of Mussolini he had organized. Skorzeny told me that if I want to stay alive, I must act decisively and boldly and not be afraid to die, since the slightest hesitation and cowardice can be the end of me... That conversation was meant to prove to me that carrying out a terrorist attack against protected persons was quite realistic, that it required only personal courage and determination and that the person carrying out the operation can remain alive and become ‘a hero’ similar to him.” 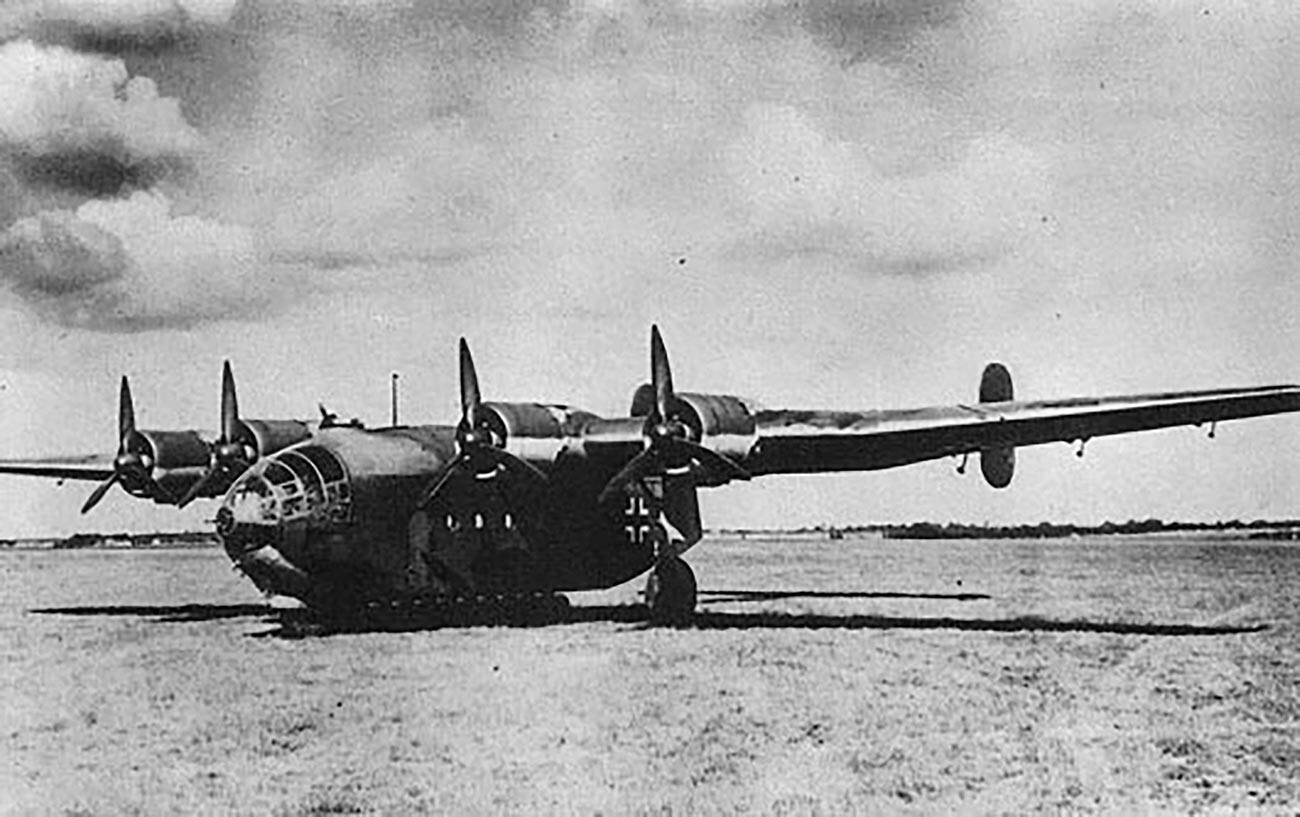 Tavrin was issued with several military IDs and awards taken from prisoners of war, including the star of a Hero of the Soviet Union. He was supposed to get to Moscow as a SMERSH counterintelligence major, but legalize himself in the capital as a Red Army officer on leave after a wound.

By making useful contacts, the saboteur planned to establish the location of the leaders of the Soviet state and the routes of government vehicles. The best option for a “Hero of the Soviet Union” was to get invited to an official event in the Kremlin and get in close proximity to Stalin. Another option was to blow up the Soviet leader’s car on the street with a grenade launcher.

However, things did not go quite as planned in Berlin. On the night of September 5, 1944, an Arado Ar 232 transport aircraft carrying a group of saboteurs, including Tavrin and his radio operator (and wife) Lidia Shilova, was shot down by Soviet air defense over Smolensk Region. 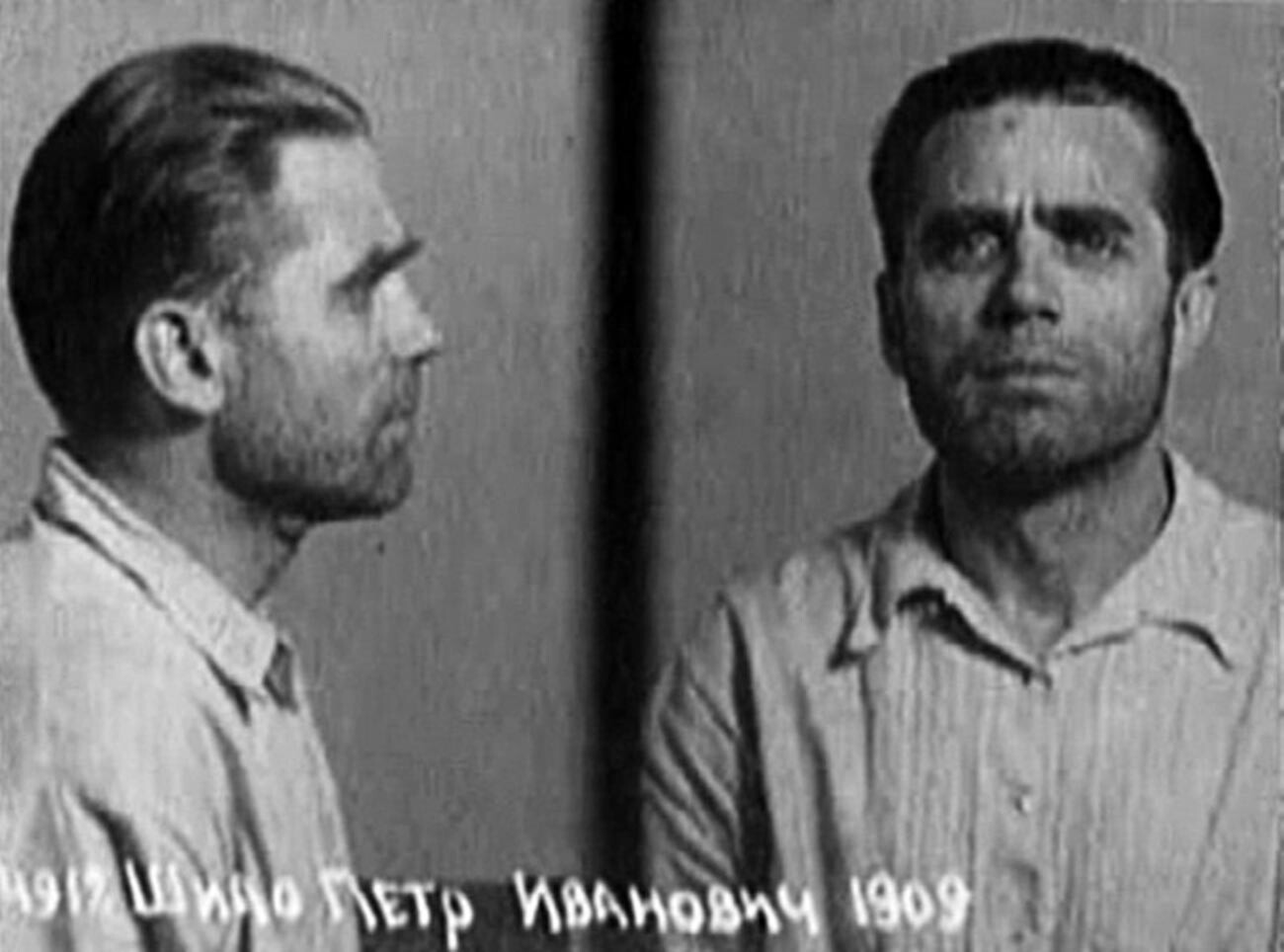 Having got out of the plane that had crash-landed, the saboteurs tried to get out of the dangerous area as quickly as possible, but soon almost all of them were detained by Soviet security officers.

After interrogations, the couple became part of ‘Operation Fog’, a radio game started by Soviet counterintelligence against the Germans. Up until April 1945, Tavrin regularly got in touch with his supervisors in the Third Reich, trying to convince them that he was actively working to complete his task. During the operation, several more German sabotage groups airdropped into Soviet territory were neutralized.

When the war was over, Pyotr Tavrin and Lidia Shilova were charged with treason and committing acts of terrorism against the Soviet regime. They were executed in 1952.