Why was Stalin afraid of his mother? 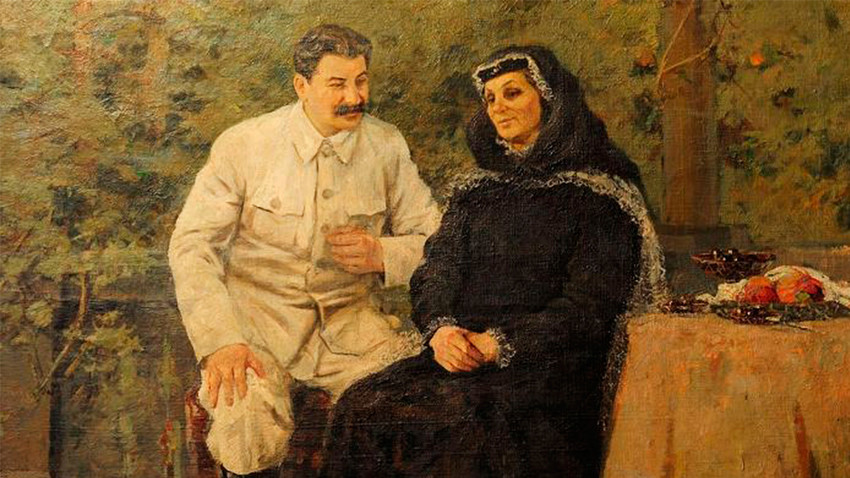 A painting of Stalin and his mother.

Stalin Museum. Georgia
The old woman did not approve of her son’s occupation.

Stalin’s daughter Svetlana Alliluyeva once said that her all-powerful father was never afraid of anyone, except his mother. Stalin’s mother Ekaterine Geladze — who went by the name of Keke — did not speak Russian and was disappointed in her son’s achievements.

Geladze’s father — a serf who belonged to a Georgian nobleman before the emancipation — died at the time of his daughter’s birth. Contrary to the customs of the time, Geladze’s mother ensured her daughter learned to read and write in Georgian.

Her mother died after the emancipation of the serfs in the Russian Empire in 1861 and young Geladze moved to the city of Gori, where she would later meet Stalin’s father. 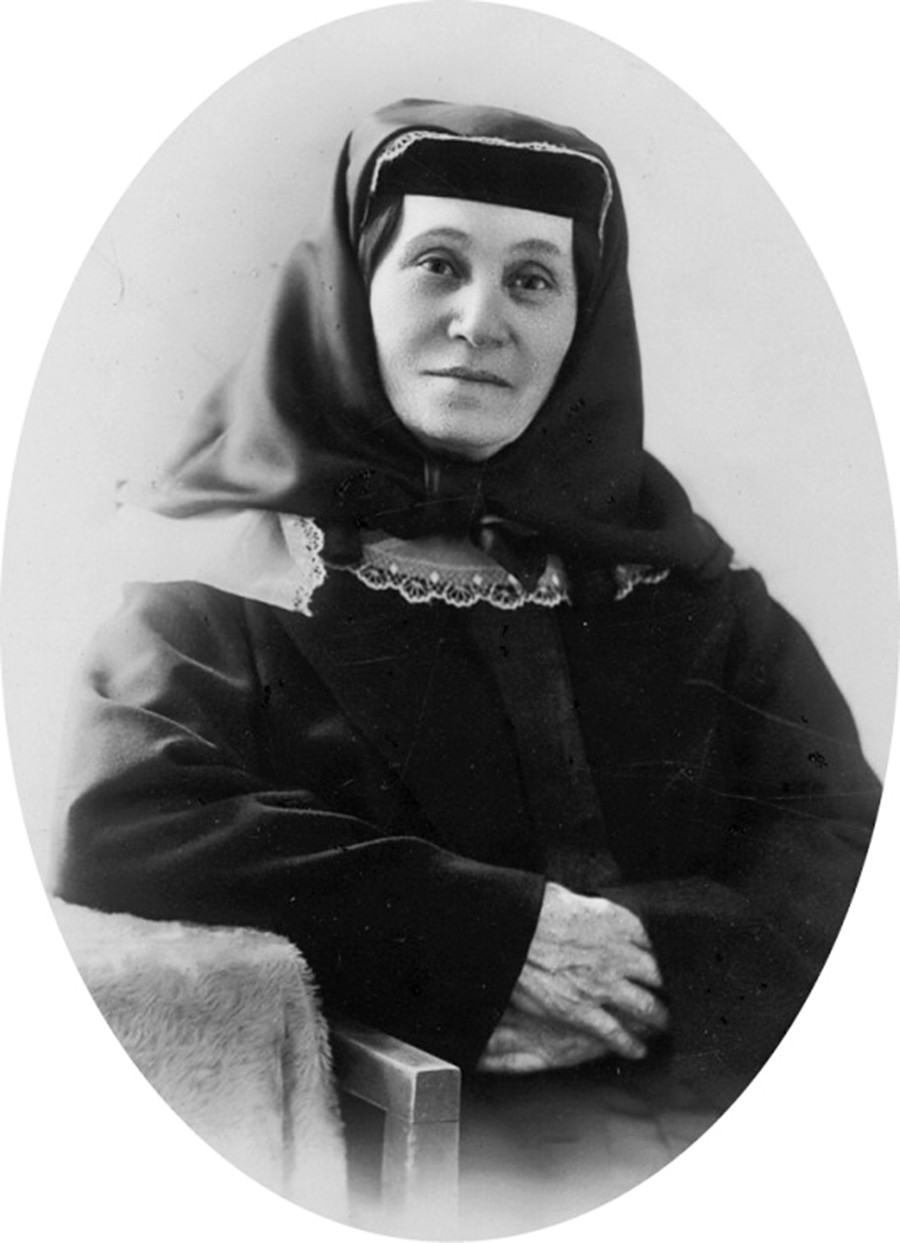 The young orphan soon married a local cobbler named Besarion Jughashvili. Some believe the year of their marriage was intentionally altered by Soviet propaganda to make the bride appear older than she really was, as some sources suggest she was only 16 at the time.

The end of the family

Soon after the marriage, a tragedy overshadowed the life of the young family. The couple lost their first child two months after its birth in 1875 and their second child also died only a year later.

In December 1878, Keke and Besarion had their third and last child that would be remembered as one of the most powerful and fearsome men in the history of humanity. 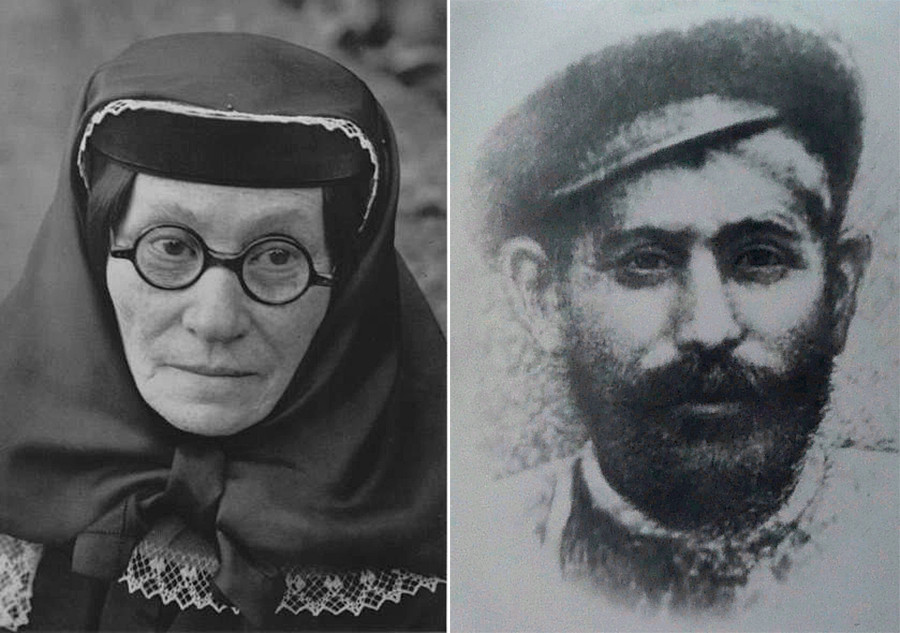 Unable to cope with the loss, Geladze’s husband, who previously was a dedicated churchgoer, began abusing alcohol. The change of character was not welcomed by the young wife, who found it hard to get along with her increasingly combative spouse.

Arguments about their only son’s future followed inevitably. Besarion wanted his son to follow in his footsteps and become an artisan, while Keke wished nothing but to see her son become a priest, because she saw priests as a privileged caste in her native Georgia.

Stalin’s father broke off from the family after another scandal caused by an argument about their son’s education: Besarion thought classes were a waste of time, while Keke believed education was the priority.

Geladze prevailed and young Joseph enrolled at the Gori Church School in September 1888, where he excelled academically, despite occasional disciplinary problems.

Aging mother of the ‘new Tsar’

When young Joseph was expelled from the seminary, he assumed the last name ‘Stalin’ and actively participated in revolutionary activities, losing contact with his mother in the process. Stalin met his mother once again in Gori in 1904, after he had escaped from exile in Siberia, before breaking away for 10 years.

Proportionally to Stalin’s rise up the ranks of the Bolshevik figures, the new political importance of his mother made her security and well-being one of the priorities of the new Bolshevik state.

Geladze was relocated to the palace where the Imperial Caucasus Viceroyalty had resided before the revolution. However, the old woman only occupied one tiny room.

Her son, who had become a powerful and fearful political figure by the mid-1930s, assigned the task of caring after his mother to his notorious henchman, Lavrentiy Beriya. The man who would be known as the murderous head of the Soviet secret police took the noble task seriously and Stalin’s aging mother was frequently seen on streets of the city closely guarded by Beria’s men. 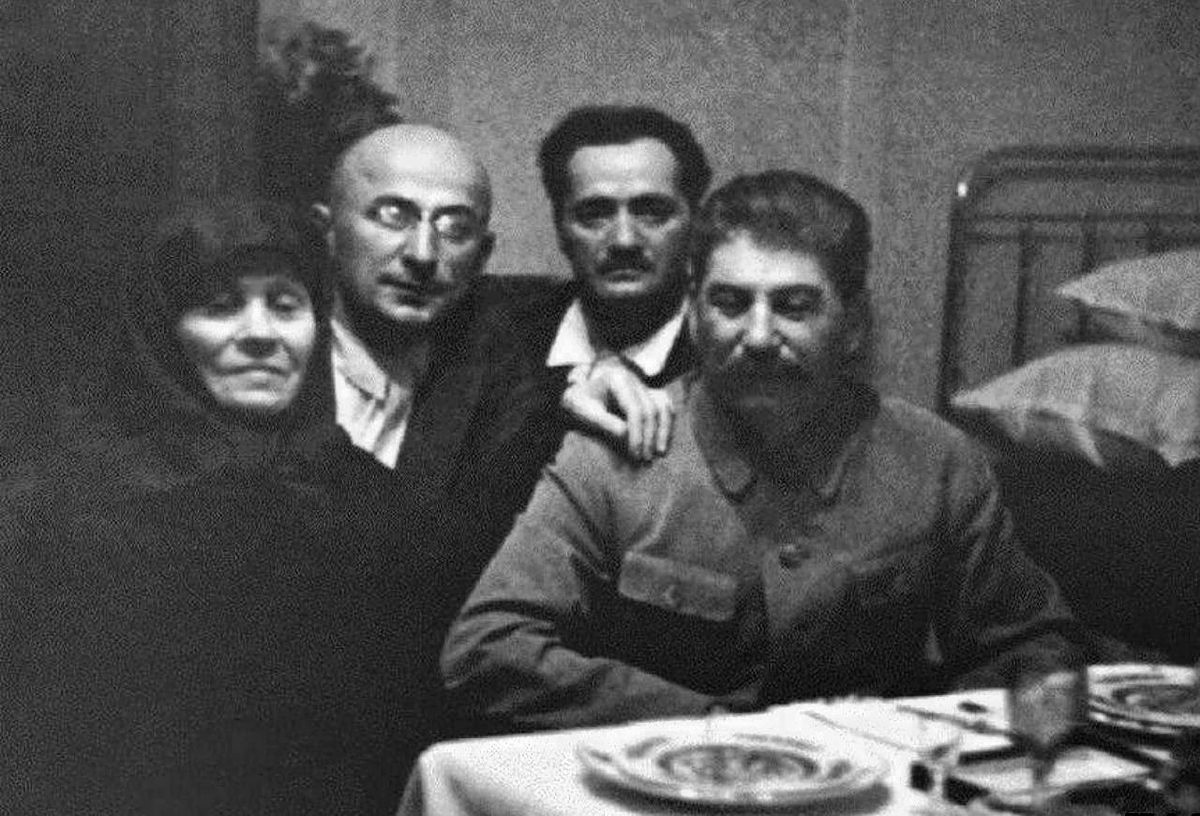 Stalin, on the other hand, constrained relations with his mother to short and infrequent letters that resembled telegrams in volume, presumably because he was overwhelmed with gaining an iron grip over the Soviet Union.

Geladze could not read or write in Russian and her son struggled to write in Georgian, which complicated the scarce communication between mother and son even further.

Stalin personally visited his mother in 1921 and in 1926 and Geladze once visited Moscow, but “did not like it”.

The almighty dictator of the rising superpower paid his mother one last visit on October 17, 1935. During the visit, the family discussed Stalin’s new status. When Geladze asked her son what he did for a living, Stalin reportedly replied: “Mama, do you remember our tsar? Well, I’m something like the tsar.”

“You’d have done better to become a priest,” replied the old woman. The blatant tone of her reply was unheard of in the USSR at the time. Nobody but her could afford to be so outright honest with the feared dictator.

Years later, Stalin’s daughter Svetlana Alliluyeva said that Stalin was never afraid of anyone, except his mother, who used to discipline him by corporal punishment when he was a child. 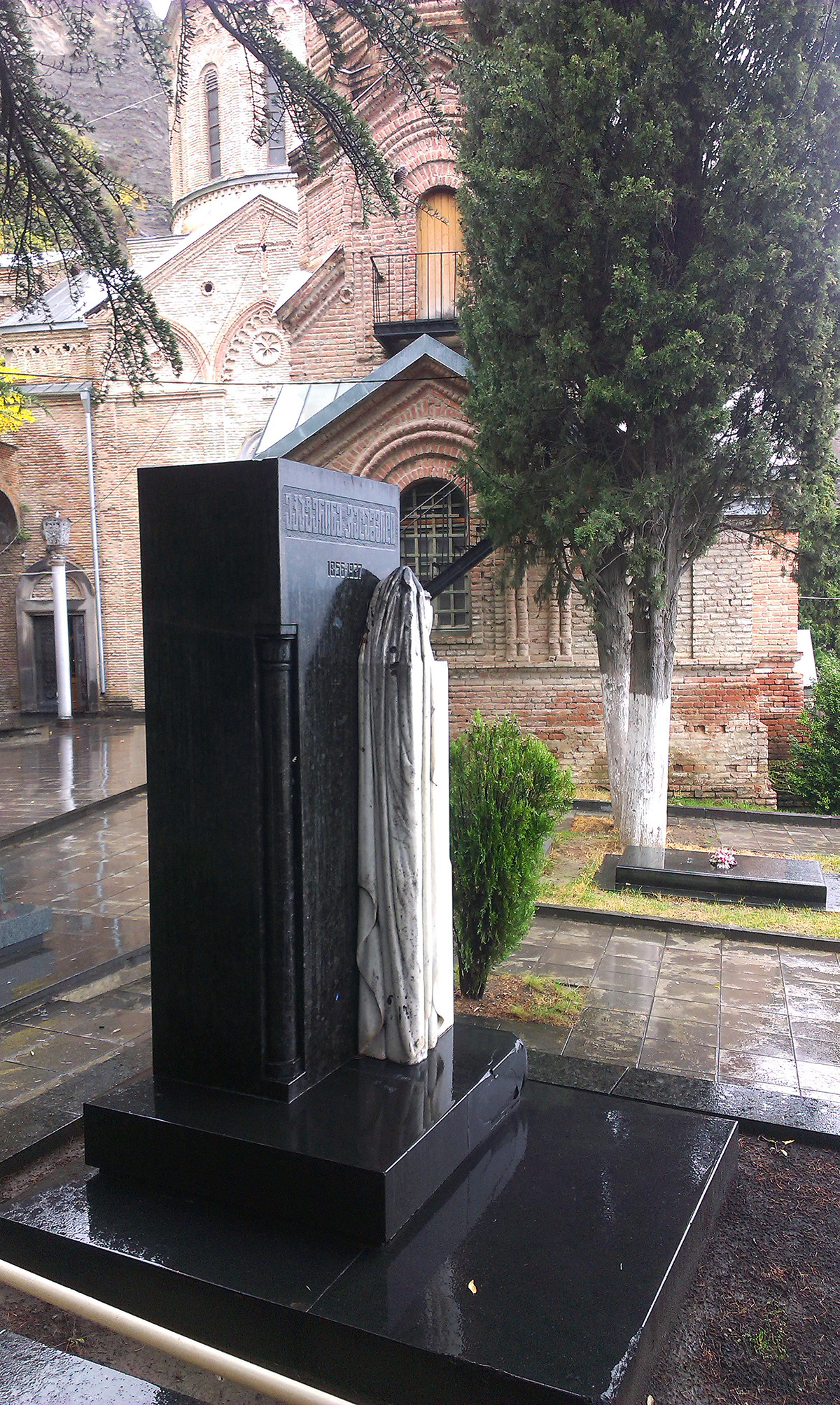 A tombstone on Geladze's grave.

Geladze died on June 4, 1937, of pneumonia at the age of around 80 years. Stalin did not leave his office for the ceremony and sent Beria as his envoy to carry the coffin. A wreath that had the message: “To a dear and beloved mother, from your son Iosif Jughashvili (Stalin)”, written in Georgian and Russian was the farewell message the dictator sent his deceased mother.

Click here to see the list of Stalin’s closest comrades… and to learn what happened to them.