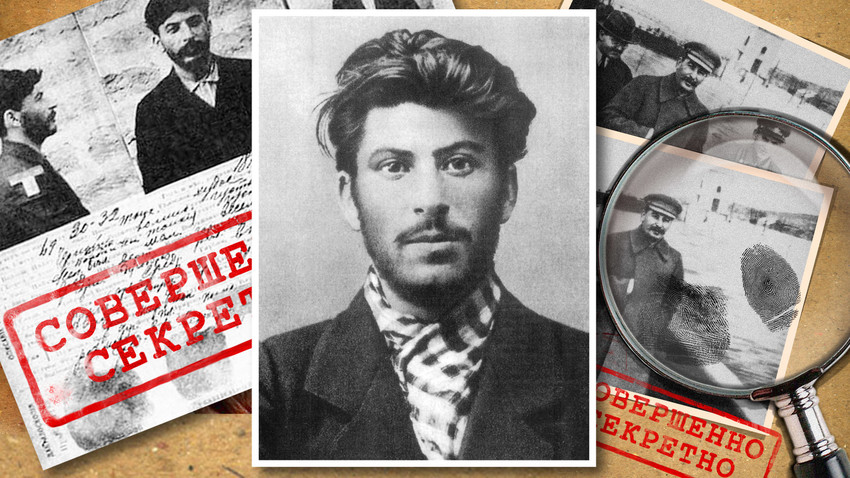 Getty Images, Archive photo, Russia Beyond
After the declassification of Bolshevik archives, it became clear just how much the Soviet leadership concealed from the people. The censorship covered many previously unseen photos of the country’s main figure.

A past life of exile

During his life as a revolutionary, Joseph Stalin managed to land himself in Siberian exile no less than five times - more than 10 years of his life, which saw him arrested multiple times, live with various women (at one point, the dictator was persecuted for defiling a 14-year-old peasant girl), make illegitimate children and frequently escape to other cities after promises of marriage - where he would resume his revolutionary activities. 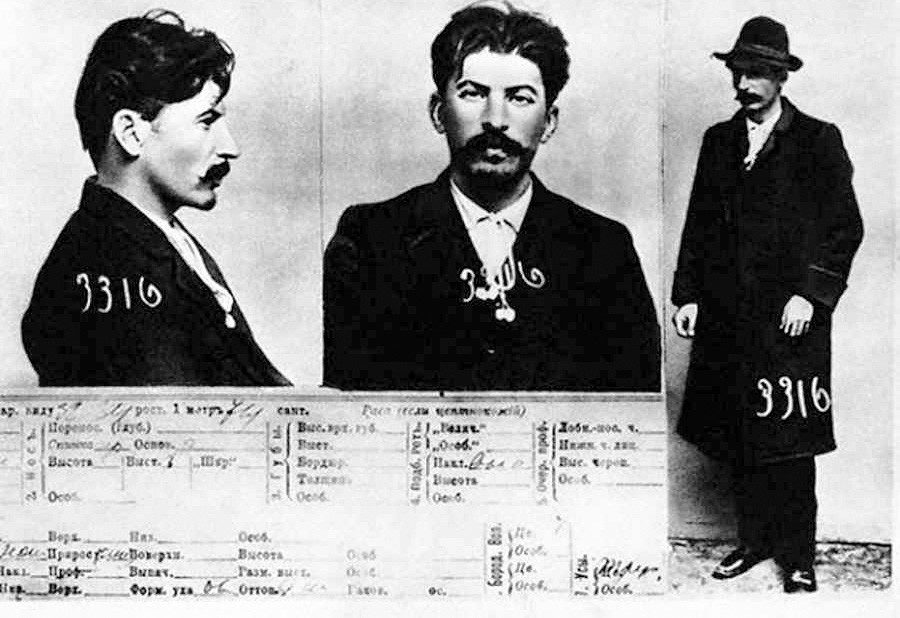 All of the arrests and exiles were documented, with the leader’s photos attached to his file. But after Stalin’s ascension to power, the photos were considered unfavorable. The untouchable, endlessly idealized Stalin did present an image of a scruffy revolutionary, but also still kind of resembled a common criminal. 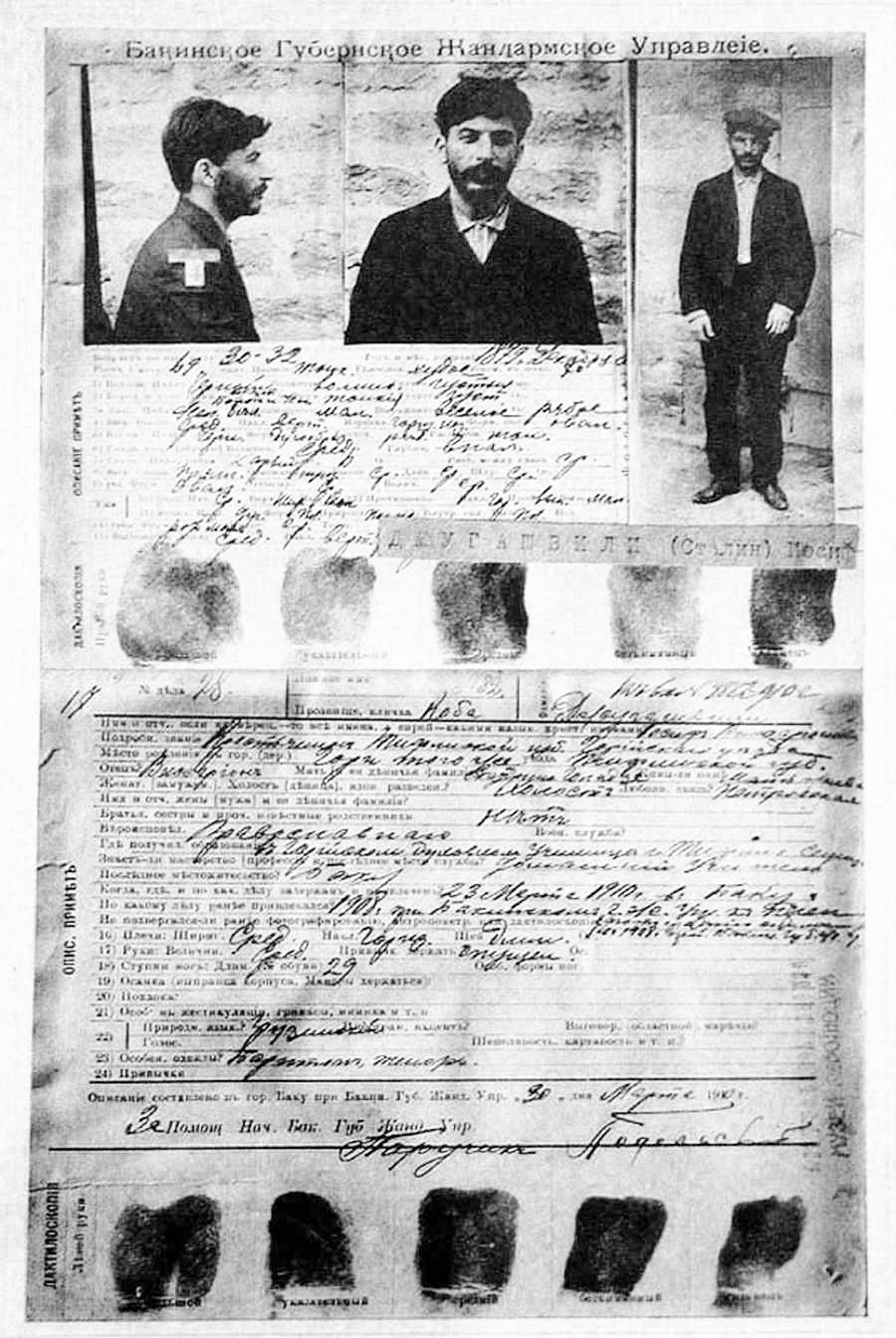 Nevertheless, there were a small number of functionaries in the Communist Party that actively searched for and collected the photos from this period of life that Stalin couldn’t wait to bury. Their fates were sealed the moment that pursuit began: court martial and death by firing squad. Later, materials of this kind were methodically extracted from various northern regional archives and kept under lock and key at the Kremlin. The nation would only catch a glimpse of the exiled Stalin after his death.

Stalin’s family, especially his children, were of prime importance. His home archives were strictly off-limits to pretty much everyone. 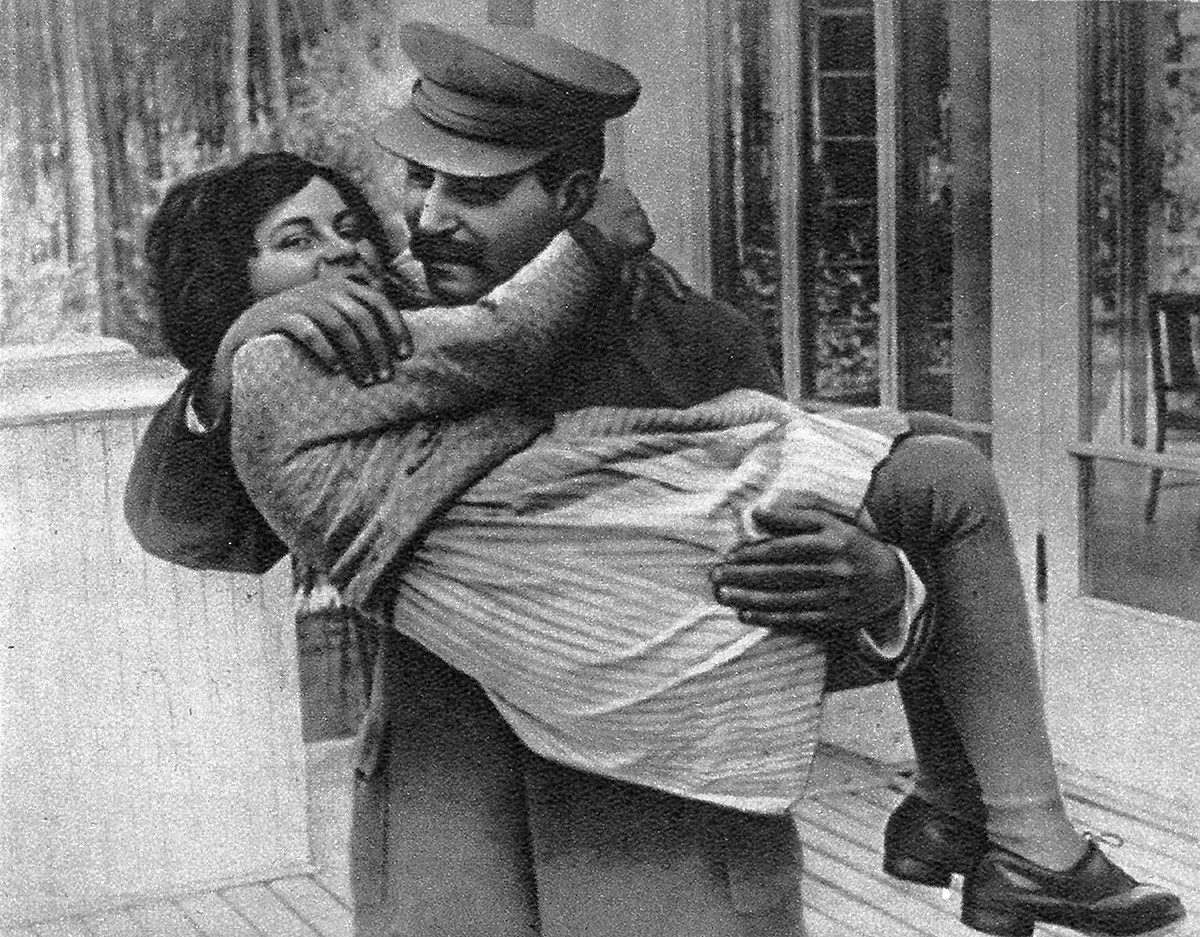 Josef Stalin with his daughter Svetlana in 1936

Newspapers never published them, and no one ever saw them outside of the leader’s innermost political circle. In the 1930s-40s, any footage of Stalin’s life outside of the party was always marked ‘Top Secret’. 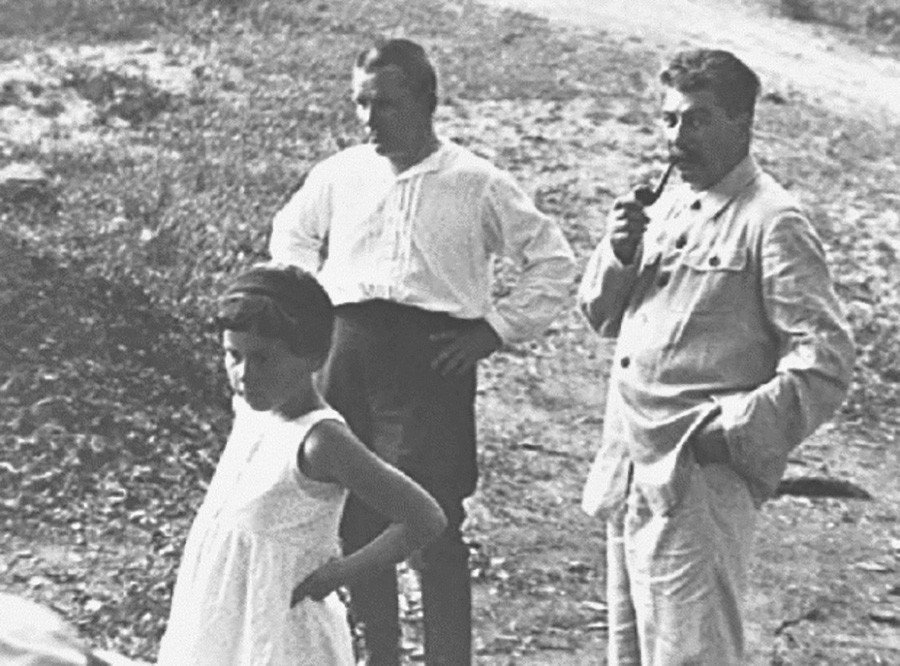 Josef Stalin with his daughter Svetlana and Sergei Kirov

Stalin was especially displeased with the existence of one particular photograph, which found its way into journalists’ hands (foreign journalists, which was even worse). It was a photo of Yakov, his son, who was caught by the Nazis. The photo of the imprisoned son, looking completely drained, was seen by the entire world. The German propaganda machine even circulated the rumor that Yakov had agreed to cooperate with them. And still, no one in the Soviet Union had seen the photo - access to every last photograph was under strict state control. The same went for Stalin’s eldest son, whose photo the nation had never seen. 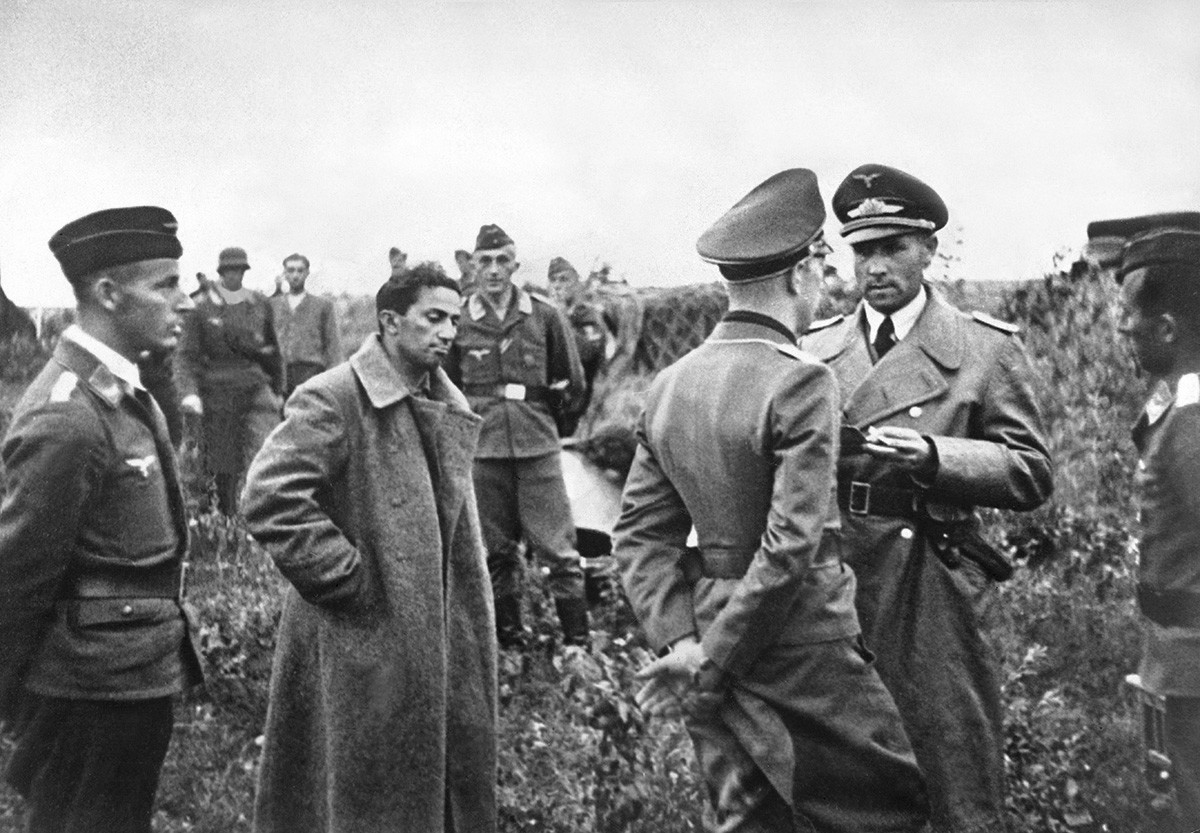 Yakov was in a protracted conflict with his father (he’d once tried to shoot himself during one of their altercations, but failed; in subsequent meetings, Stalin would mock Yakov by always saying, “Ha, you missed!”). In her memoirs ‘Twenty Letters for a Friend’, Stalin’s only daughter, Svetlana Allilluyeva, recalled how “in the winter of 1943-44, after Stalingrad, during one of our rare meetings, father told me: ‘The Germans suggested making a trade for one of their own… like I’m going to negotiate with them! No. War is war.’”

Stalin’s skin was covered in scars from the smallpox that he’d survived at the age of seven. Meanwhile, every Soviet citizen was absolutely convinced that the leader looked impeccable (especially for his age) - official photos portrayed his face as smooth, fresh, and his hair all silky and well maintained. All because the photos had been heavily edited and retouched, concealing an uneven skin and reducing his age by about 10 years. 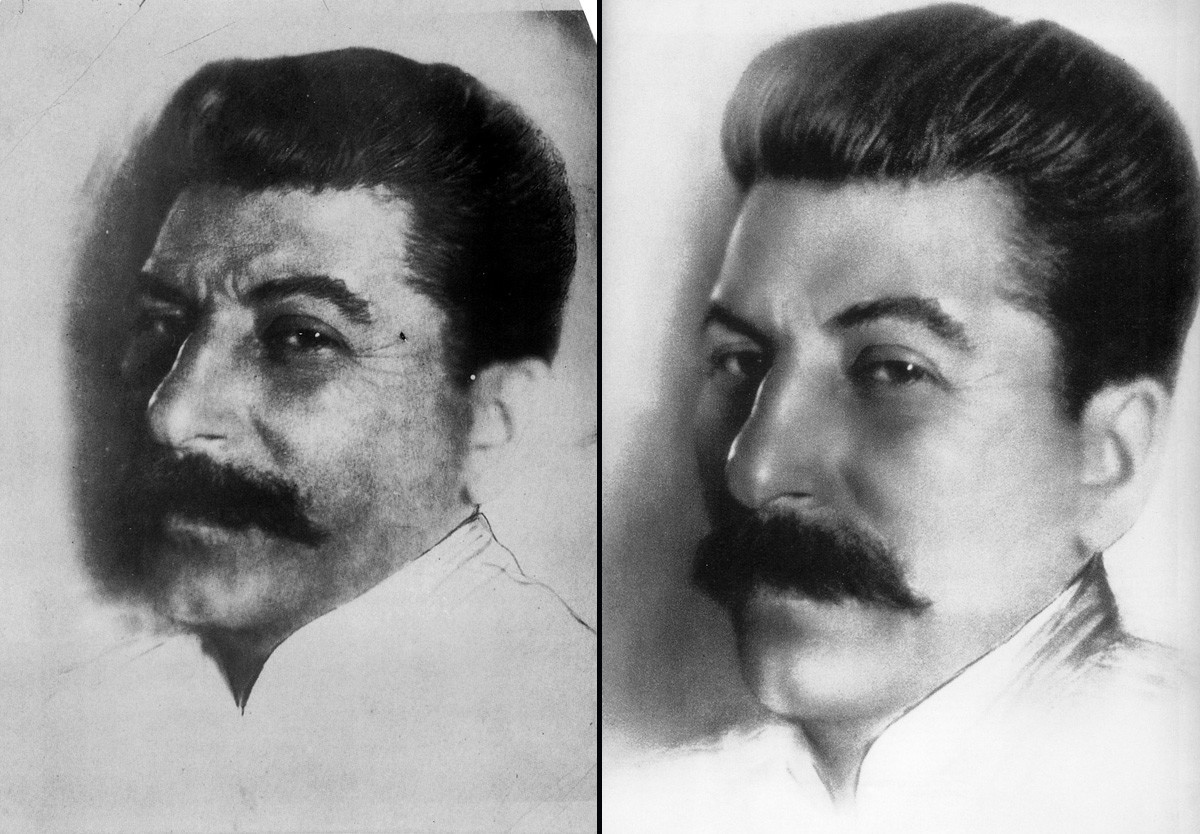 The painstaking work of retouching the photos was often performed in Stalin’s presence, and included numerous images besides the portraits.

In time, group photos were also subject to retouching: any time Stalin would repress another of his former allies or current opponents, branding them as “enemies of the people”, they were simply edited out of photos. 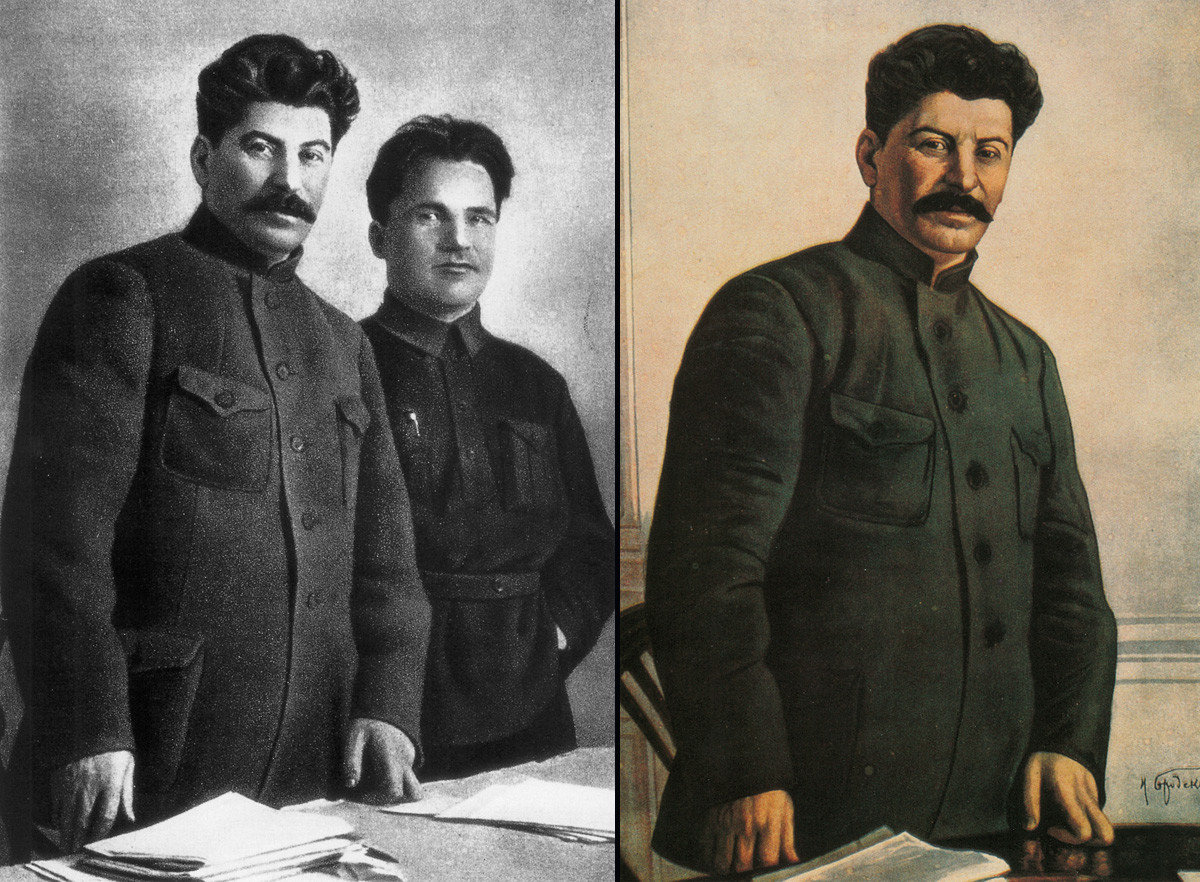 This practice was achieved with the use of chemicals: unwanted party members were erased from the negatives in such a way that no one would have thought they were ever in the photo in the first place. Other photographs, developed earlier, were simply banned. 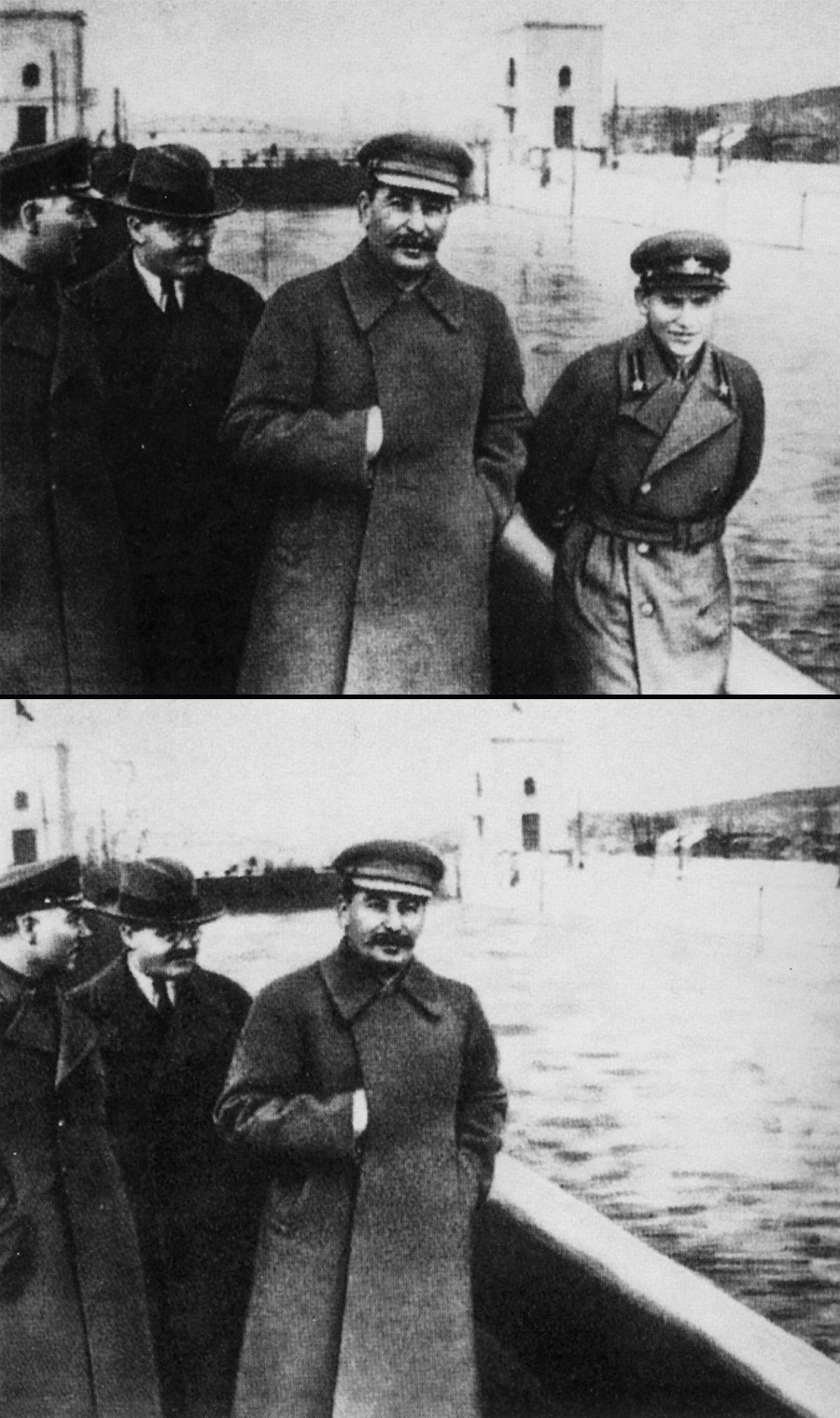 This happened to photos with Trotsky, Bukharin, Tukhachevsky, Yezhov and many other major political figures.