A dog with two heads: How a Soviet doctor pioneered organ transplantation against the odds 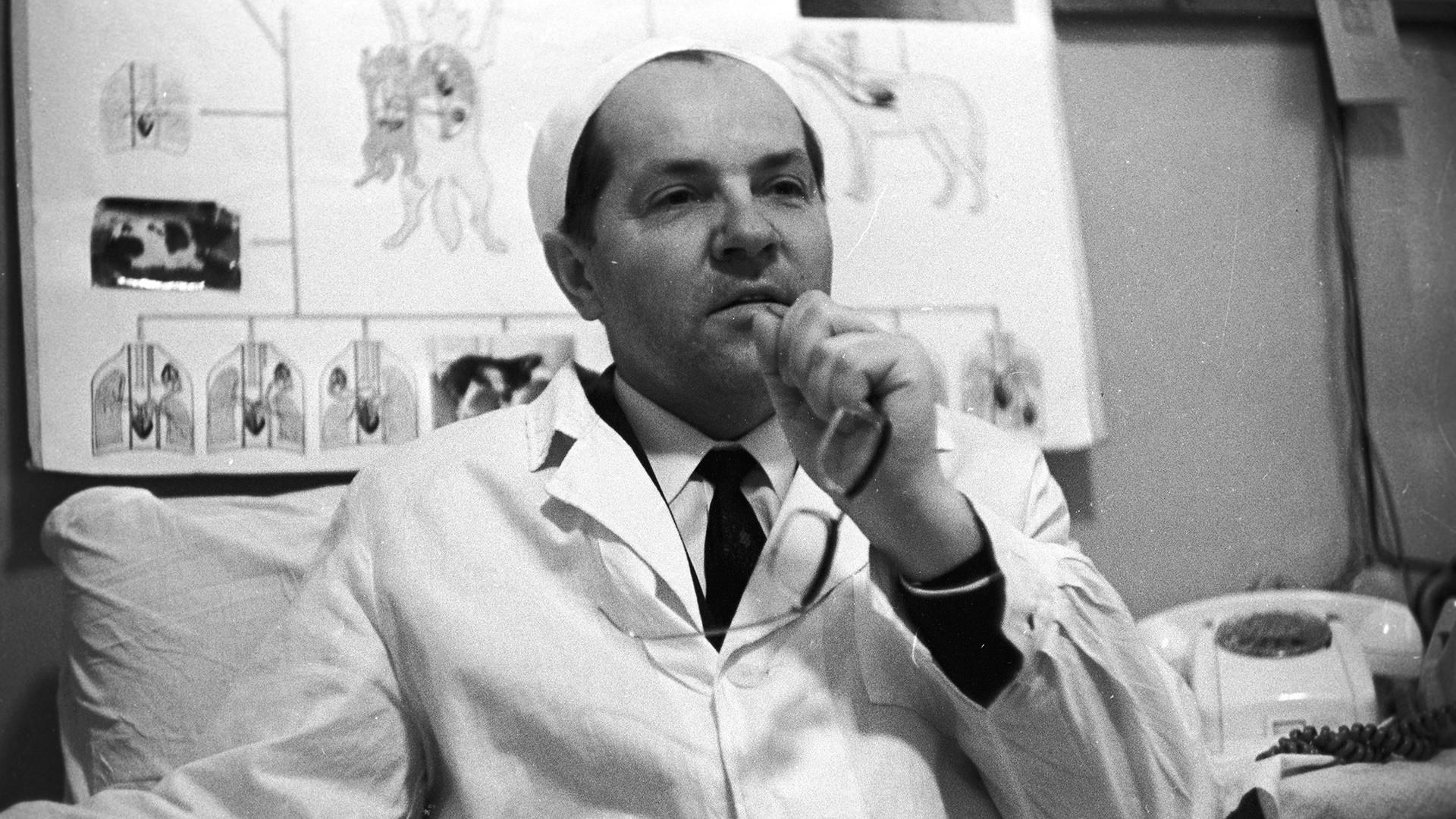 "The son of a peasant, Demikhov initially trained as a mechanic and repairman before enrolling in the biology department at Moscow State University. Here he thrived."

Vladimir Akimov/RIA Novosti
Vladimir Demikhov ruffled many feathers in his pursuit of medical breakthroughs, but he kept working. Some of his experiments were shocking but he eventually persuaded the world he was onto something big.

On April 11, 1959 the Associated Press circulated a message from Moscow: Russian doctors had transplanted a puppy’s head to the neck of a German shepherd and the two-headed beast was in good health. However, the American public - surprised by the sensational news - had not yet seen the shocking images. Only later would the photos of the experiment become public.

The pictures (which are, fair to say, objectively repulsive) document the ground-breaking experiment of a Soviet scientist leading the way in organ transplantation. By the time the news of the operation hit America in 1959, the surgeon - Vladimir Demikhov, 43 at the time - had already been performing transplants on dogs for five years.

None of the previously operated dogs has lived for more than six days. Pirat (the Russian word for Pirate) - the German shepherd operated on April 11 - proved an exception, however. The two-headed dog lived for three weeks while reacting to stimuli around it! 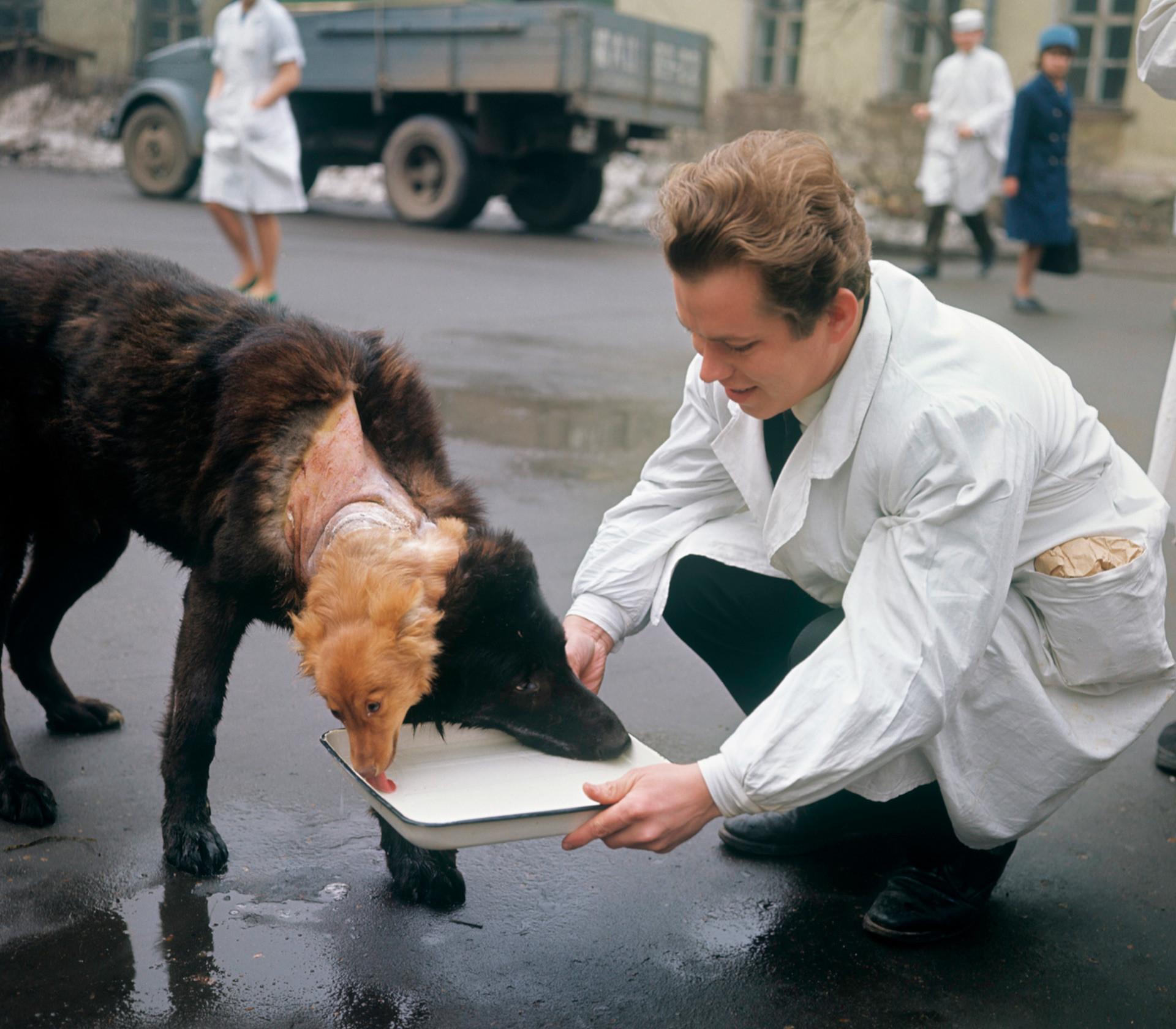 "By the time the news of the operation hit America in 1959, the surgeon - Vladimir Demikhov, 43 at the time - had already been performing transplants on dogs for five years."

A heart for two hours

The son of a peasant, Demikhov initially trained as a mechanic and repairman before enrolling in the biology department at Moscow State University. Here he thrived.

Demikhov performed his first ground-breaking experiment less than two years into his studies. In 1937, he sent shockwaves through Russia’s medical community when he created an artificial heart and successfully implanted it into a dog. The dog lived for two hours after surgery, pushing the borders of organ transplantation, a science scarcely studied in 1937 but vital for today’s medical world.

Demikhov’s later and bolder experiments attracted attention from across the Atlantic, as well as from Europe. Scientists in the West mostly believed organ transplantation was not possible because the patient’s immune system would reject the new addition.

Likely, this general skepticism was the main reason why the work of an American professor at Washington University - Dr. Charles C. Guthrie - who performed an experiment similar to Demikhov’s in 1908, was not followed up by his American colleagues.

Everything changed though when news about Demikhov’s success reached the U.S. In the 1960s, American doctors traveled to the Soviet Union to learn about innovative techniques used by Soviet surgeons. One of the key innovations, later adopted by the U.S., Canada, and Japan, was the use of staples to compress veins and arteries during operations, which dramatically reduced surgery time.

By 1962, a consensus of the American medical community had shifted and U.S. doctors, who saw Demikhov at work, gradually warmed to the possibility of successfully transplanting human organs.

In 1965 Demikhov attended a medical conference where he proposed the creation of a bank where human organs could be stored for the needs of surgeons. The futuristic proposal, unthinkable at the time, sparked much anger among Soviet academics who criticized Demikhov and demanded the closure of his laboratory.

This took a toll on his health, his wife later recalled, and despite the fact Demikhov remained a director at the Russian Health Ministry Republican Center for Human Reproduction, his research efforts in organ transplantation declined, and his international fame wilted.

The pioneering scientist died in a small apartment on the outskirts of Moscow in 1998 at the age of 82. The true value of his experiments, which were observed with suspicion by the Soviet medical elites, were acknowledged by the Russian state at the end of his life. Demikhov was awarded the Order for Services for the Fatherland in 1998, the year of his death. However, the countless lives subsequently saved by organ transplants are his real legacy.