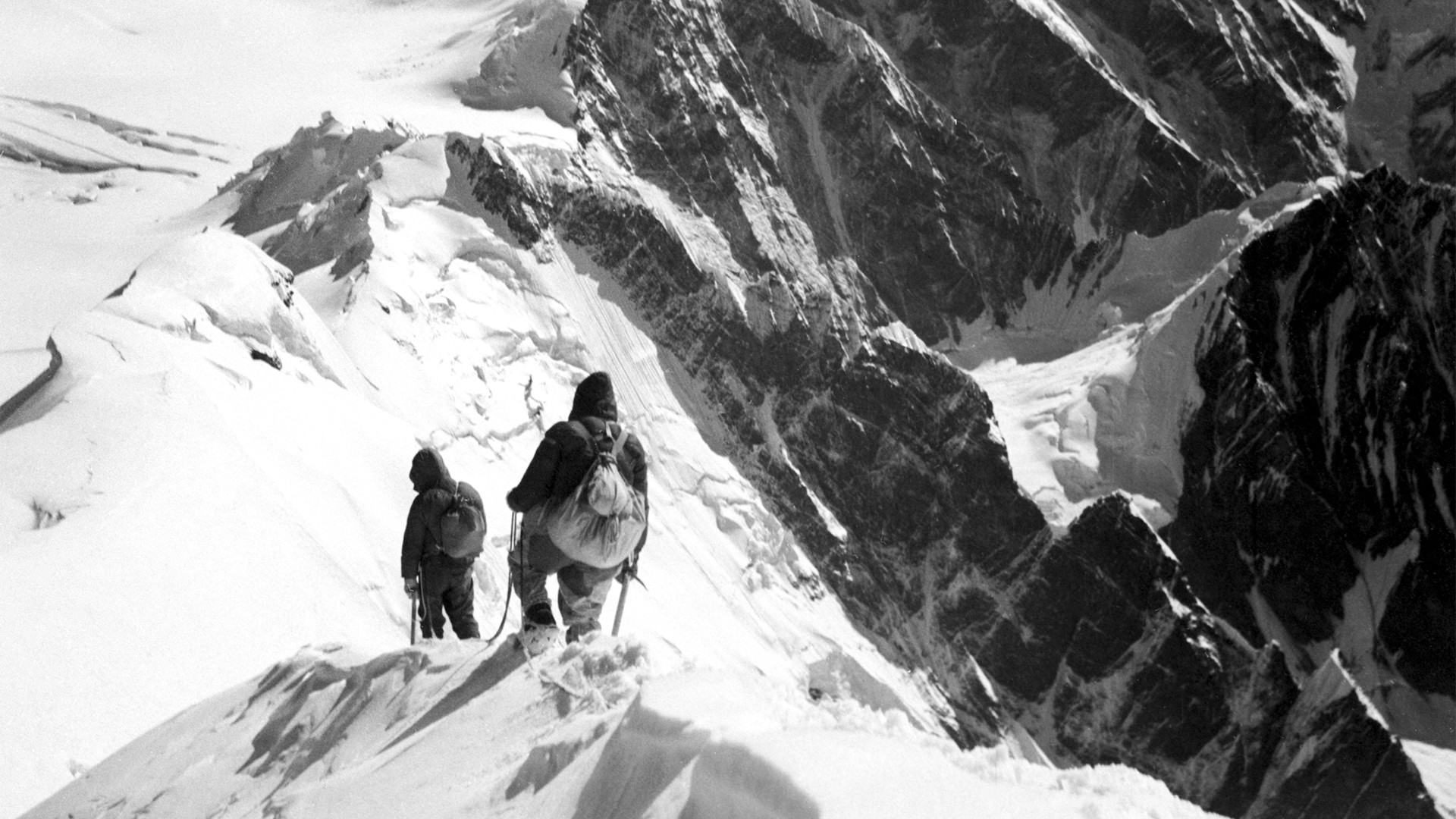 TASS
A former White Army officer and a future Red Army hero teamed up to conquer the highest peak in the Soviet Union named after Joseph Stalin. Despite the success of the mission, the men’s lives were cut short in tragic and mysterious circumstances.

At the beginning of the 20th century, Soviet alpinists were exploring the heights of the USSR. The country’s highest peak was not yet known, but in 1932 two alpinist groups came across a mysterious peak undocumented by previous expeditions - 7,495 m above sea level.

When Joseph Stalin celebrated his 55th birthday in 1933, the new apex was included in the map of the Soviet Union and it was named Stalin Peak in honor of the leader (it’s now known as Ismoil Somoni Peak, located in Tajikistan, which was a Soviet republic in 1933). Now all that was left to be done was to conquer its lofty heights. 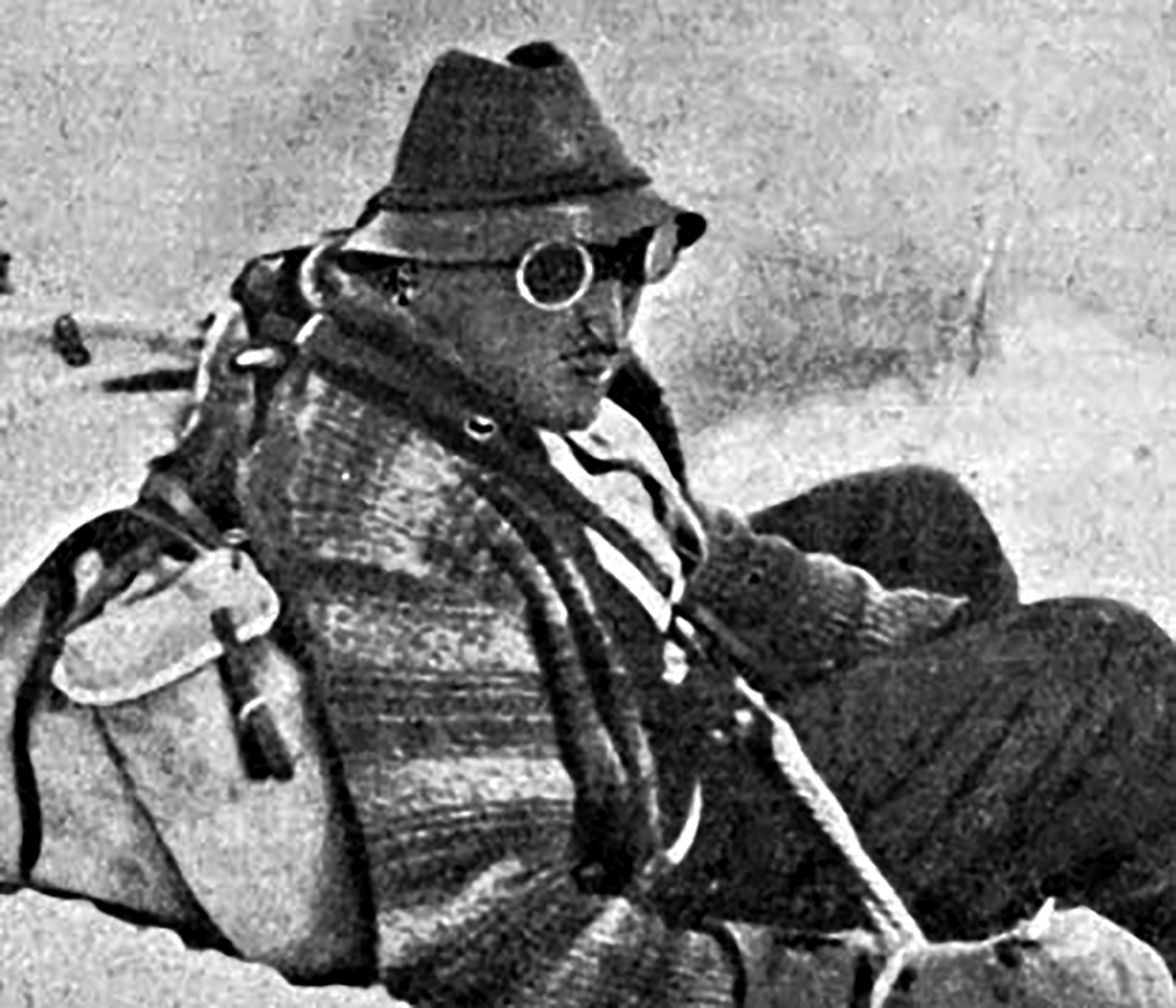 "The exploration party included Alexander Gettier, a descendant of French immigrants who fought alongside the White Army against the Communists during the Russian Civil War."

The exploration party included Alexander Gettier, a descendant of French immigrants who fought alongside the White Army against the Communists during the Russian Civil War. He narrowly escaped death when the Bolsheviks seized power and by a strange coincidence, Gettier’s father was the only physician Vladimir Lenin (who was generally suspicious of medics) had trusted, so the doctor was able to save his son from persecution.

Eugene Abalakov was another member of the party. He was a renowned Soviet alpinist who would go on to become a war hero. The climbing group was coined “Squad No. 29 of the Tajik-Pamir Expedition” - in August 1933 they began their journey to climb Stalin Peak. 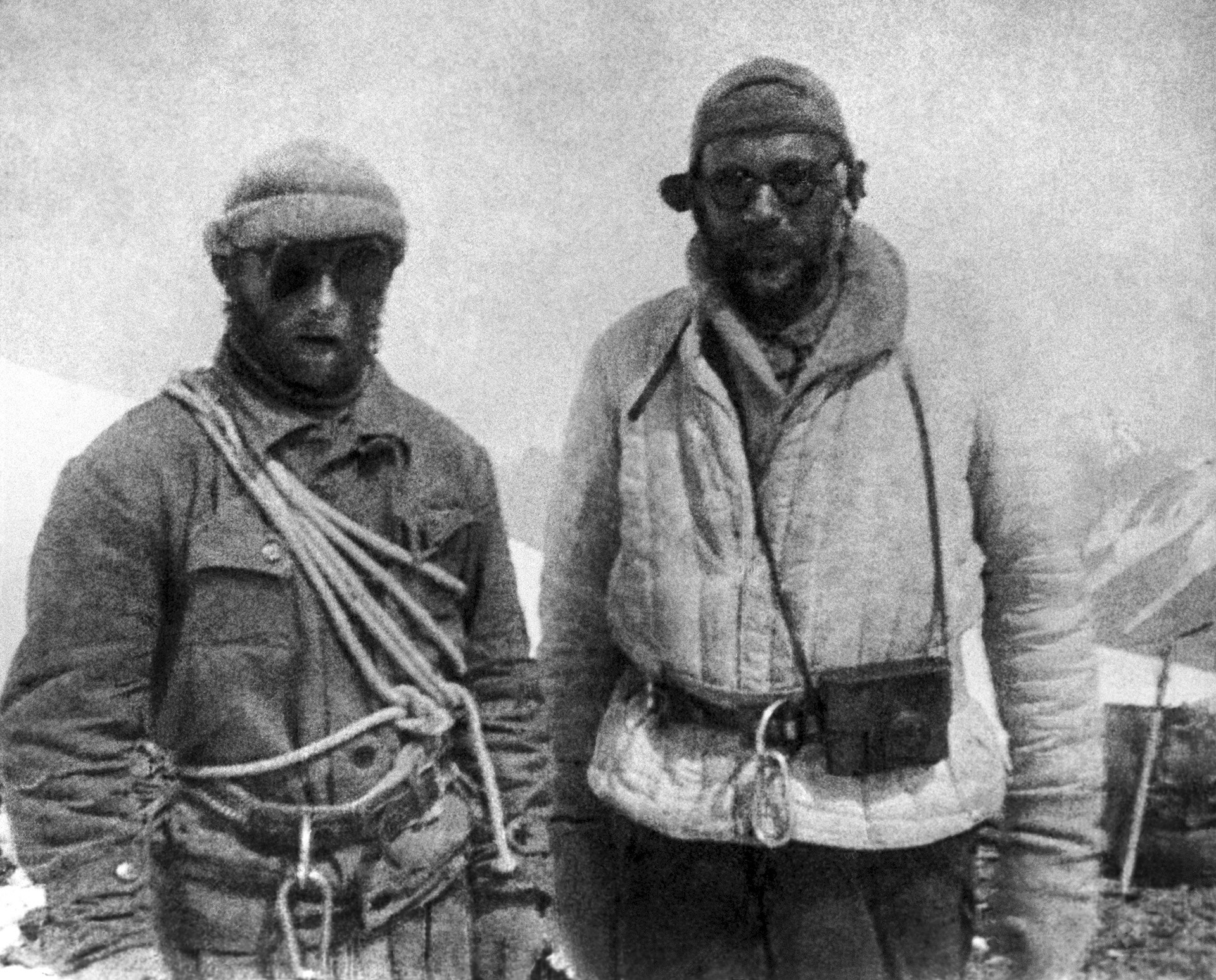 Eugene Abalakov (left) and Nikolay Gorbunov (right), members of the Squad No. 29 which began a journey to climb Stalin Peak in August 1933.

The ascent was particularly dangerous. The region’s harsh conditions made the climb nothing short of a suicide mission and before the group knew it two members had succumbed to the cold and died. Others fell ill or were hit by frostbite so severe that several of Squad No. 29 were forced to abandon the mission. With no backup, the exhausted climbers only had themselves to rely on, but failure was looming over the mission.

When they were just 500 m from the peak, only three men remained: Gettier, Abalakov, and senior alpinist Nikolay Gorbunov. Forty-four-year-old Gettier collapsed before reaching the summit, but he instructed the other two to keep going. Aborting the climb to the peak that bore Stalin’s name was out of the question - it was either triumph or death, nothing in between. Gorbunov also fell by the wayside after suffering frostbite, leaving 26-year-old Abalakov as the last capable climber - the fate of the expedition hinged on him. 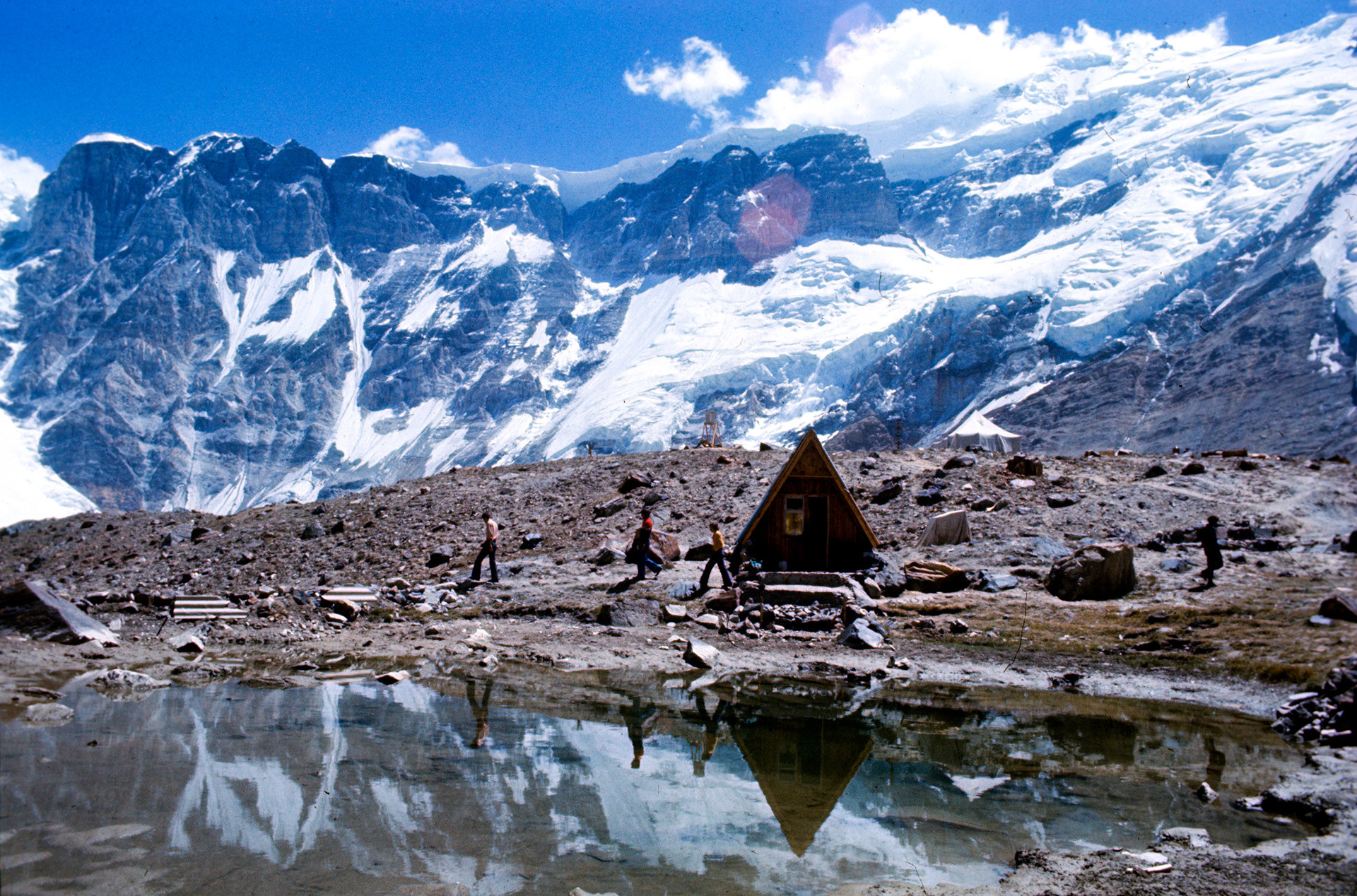 Photo of a different expedition at the Communism Peak (former Stalin Peak) in 1975.

Overcoming the urge to throw in the towel and turn back, Abalakov made it to the top and became the first man in history to stand on the highest peak in the USSR on Sept. 3, 1933. He was hailed as a hero, but a dark shadow was looming over his life. Gettier, despite suffering a heart attack and surviving the death climb, made it back - but he too was in for a hard time.

The conquest of Stalin Peak coincided with Stalin systematically slaughtering millions of people throughout the Soviet Union. Past achievements could not guarantee immunity and some of yesterday’s heroes found themselves in serious danger.

Gettier was one of them. A former White Army officer who fought with the Bolsheviks and who had foreign name was bound to end up on one of the numerous execution lists signed by Stalin. In December 1937 Gettier was arrested and executed by firing squad. His father, who no longer had an influence over the Soviet political elite after Lenin’s death, could not save his son for a second time.

Georgy Kharlampiyev, another member of the famous alpinist group, was also killed during Stalin’s terror. 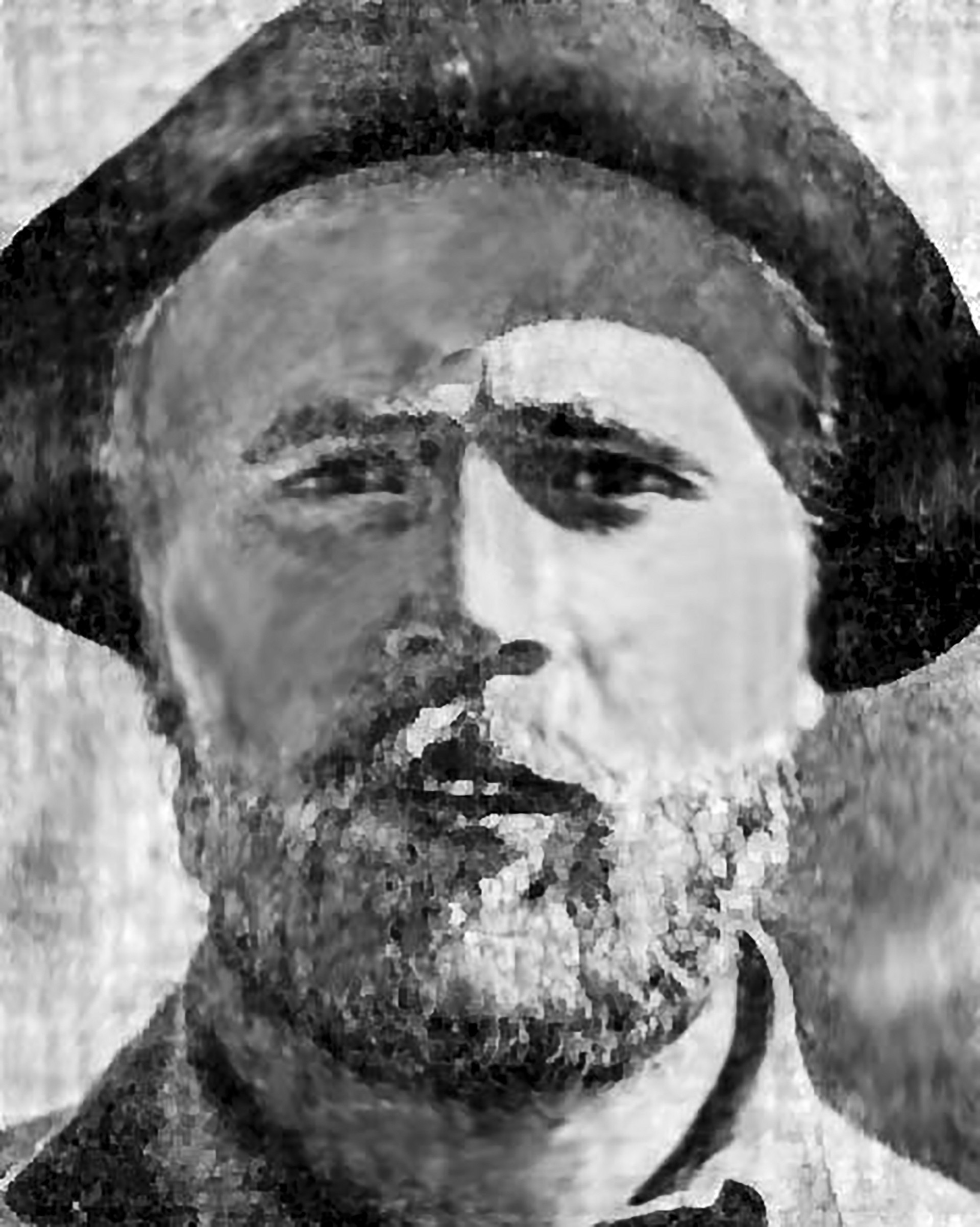 "Georgy Kharlampiyev, another member of the famous alpinist group, was also killed during Stalin’s terror."

Abalakov, on the contrary, survived the repression and volunteered in the Red Army when WWII broke out. He instructed Soviet officers and soldiers on mountain climbing and headed numerous military expeditions in the Caucasus. Abalakov’s achievements, however, did not save him from meeting a mysterious end.

On March 24, 1948, 41-year old Abalakov and his alpinist-friend Yurii Artsishevsky knocked on the door of a communal apartment in Moscow where one of their acquaintances shared the space with six other people. In only a few hours the apartment owner would find the two men dead in the bathroom.

An official investigation concluded that they had died because of a gas leak in the apartment, but Abalakov’s relatives refused to accept this version of events.

There were many black spots in the investigation. Police did not perform a forensic examination of the bodies and did not inform Abalakov’s relatives about the results of the investigation. Another suspicious fact is that all the other residents of the apartment were unharmed by the gas leak.

Abalakov’s son, Alexey Abalakov, is certain his father was poisoned intentionally, by a substance other than gas.

“Those who committed this crime tried to cover it up. My mother, Anna, was shocked during the funeral to find his entire chest and stomach was virtually absent. Instead, there was a camouflaged frame under his suit. Surely, it had to be done to hide the fact of poisoning,” said Alexey Abalakov in 2016.

Despite evident inconsistencies in the case, it was registered as an accident and closed. The mysterious death of the pioneering Soviet alpinist remains unsolved to this day.

One version claims Abalakov’s demise may have had something to do with state-sponsored expeditions to research uranium ore in the USSR. Whether the Soviet state had anything to do with the alpinist’s fate remains unknown.