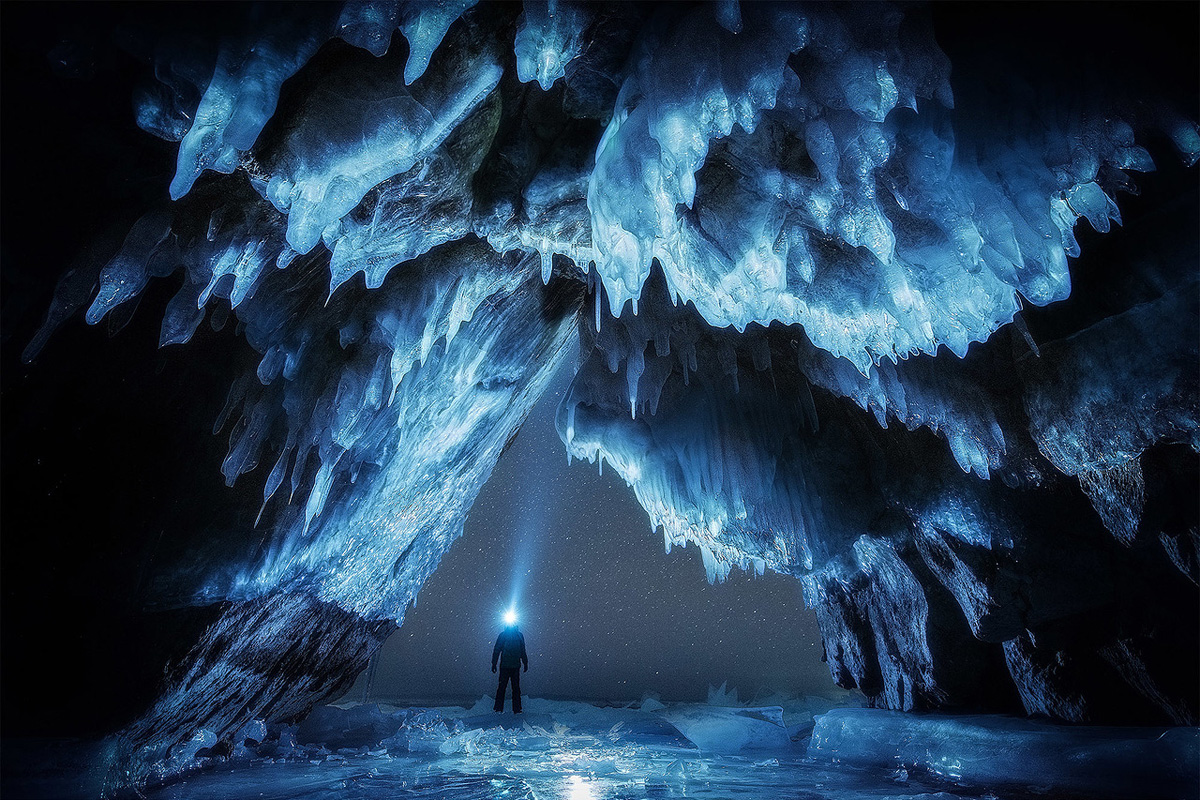 Anton Agarkov
Siberia covers almost 10% of the Earth's land surface, bordering both the Mongolian frontier to the south and the icy shores of the Arctic Ocean. This land is home to more than 30 different nationalities with a wide variety of culinary customs, making it one of Russia’s most exotic gastronomic destinations. There are hundreds of extraordinary places to visit in Siberia. It’s a land of convicts and heroes, gas-fields, oil derricks, coal and gold-mines – and boasts the largest coverage of forestation in the world. Siberia is best known for offering the perfect setting for great adventure holidays, explorations and high-adrenaline activities. Learn how to survive these adventures and more with our big Siberian encyclopedia. 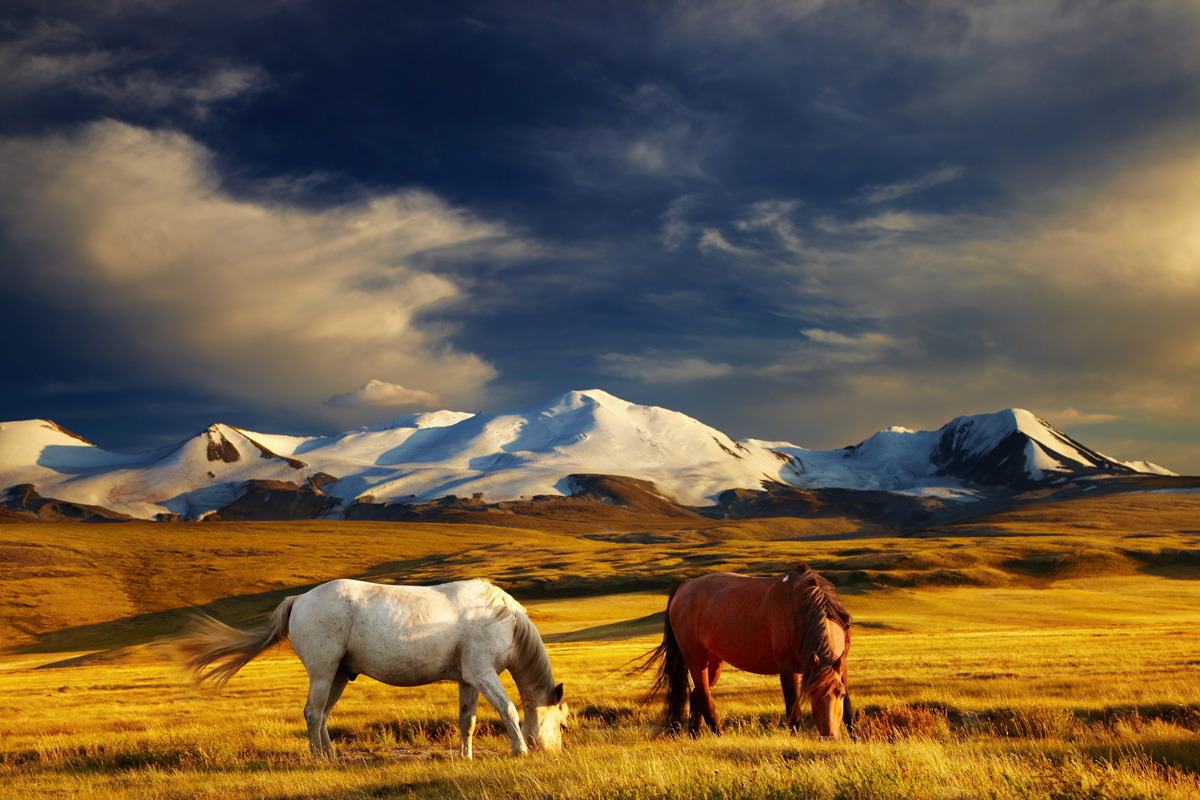 Photo credit: Lori/Legion-Media Altai unravels step by step as you travel along the Chuysky Tract, the region's main road, with its sharp turns, unforgettable landscapes and traditional cuisine, which is kept alive by local shepherds.

Explore the extraterrestrial landscapes of the Ukok Plateau with guided horseback tours or enjoy a peaceful stay by Lake Teletskoye in a camping facility at the Biryuzovaya Katun complex.

To get closer to the culture and people of southern Siberia, visit Barnaul, Gorno-Altaisk or the art village of Askat. 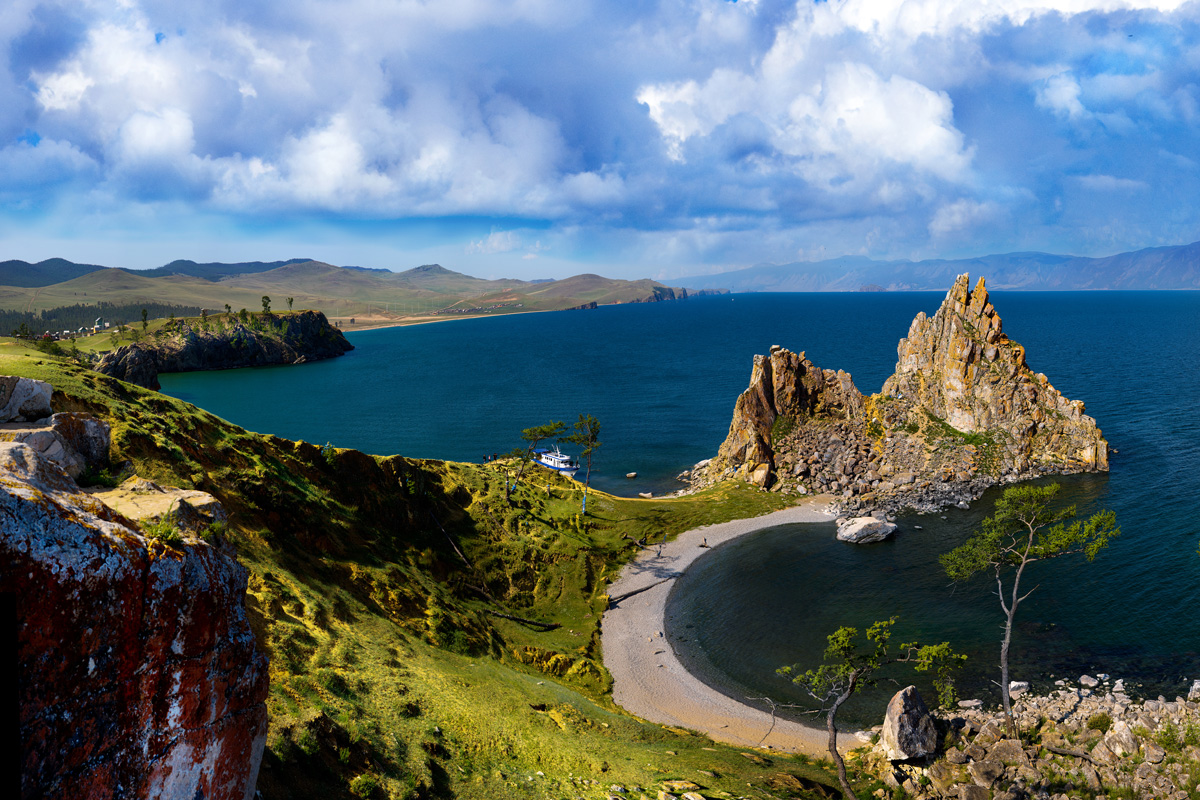 The easiest and the quickest way to greet Lake Baikal face to face is to visit Listvyanka, an hour from Irkutsk. Here you can take a stroll by the great lake, taste smoke-cured or cold-smoked cisco fish at the market and get a glimpse of the Angara from a panorama point – the only river to flow out of Baikal. On your way to Listvyanka you could make a stop at Taltsy, an outdoor museum of Siberian wooden architecture.

To get to know Baikal better, visit Olkhon Island where you can go hiking or biking and stay in a comfortable cottage for the night. Participating in the international Baikal Ice Marathon is an active and unconventional way to explore Baikal as is a simple visit to the lake in winter: The transparent Baikal ice is remarkable not only for the way it looks, but also for the unusual sounds it makes.

In Irkutsk, you should check out Siberian baroque architecture and taste local specialties such as fried noodles with tsuivan meat and buuz – steamed dumplings. Wash it all down with a milk vodka called tarasun. In the city center, a green line has been painted on the pavement: If you follow it, you can walk from one architectural landmark to another, which allows the history of the city and its people unfold for you gradually. And if you want to see the entirety of Russia through a train window, take the Transsiberian to Baikal. 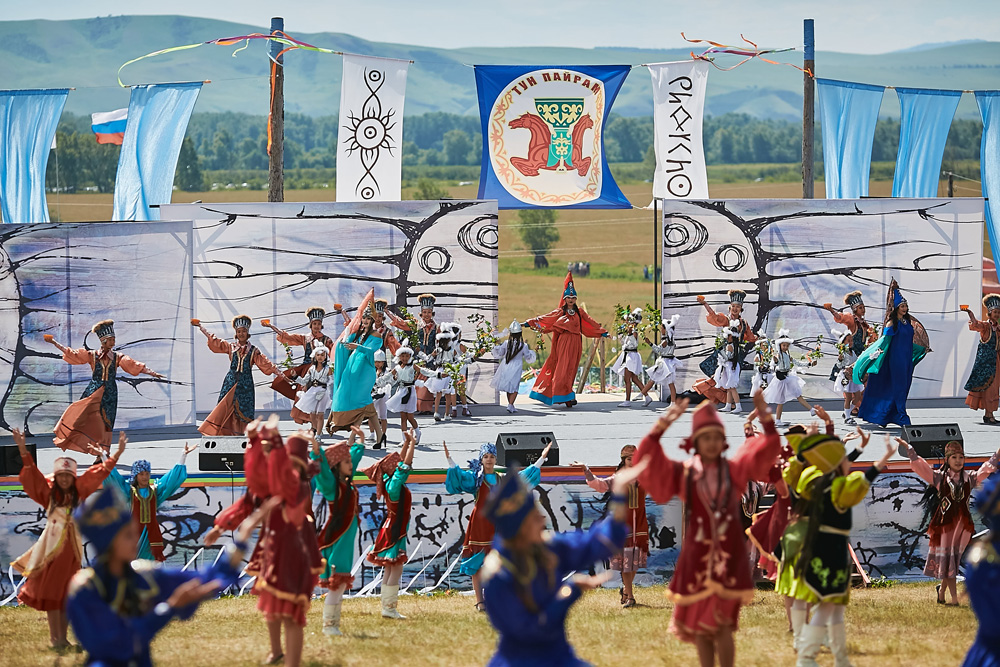 Summer in Siberia is a season of festivals and traditional holidays, when you can comfortably spend time outdoors without the threat of frostbite.

The World of Siberia is the largest ethnic music festival in the region. Held in the vicinity of the Shushenskoye settlement in the Krasnoyarsk Territory in June or July, it has gained an international reputation. Here, you can listen to performers from Khakassia, Tuva and Buryatia, taste national dishes and buy souvenirs at the folklore fair. Favorite gifts include a khomus harp, costumes and traditional nomad’s tea.

The ethnic festival of Altargana (June/July) in Ulan-Ude, the capital of Buryatia, attracts Buryats and Mongols from all over the world. They come here to participate in a photography and film contest, as well as to engage in fighting and singing competitions and beauty pageants.

The Tun Pairam festival in Khakassia (June/July) and El Oyin in Altai (held every other year in June or July) are not makeshift performances for tourists, but genuine national holidays, so music acts put a lot of effort into the creation of costumes and the choice of repertoire. Cooks purchase the freshest mutton for their pop-up cafes and film directors show movies you won't find in a cinema any time soon. 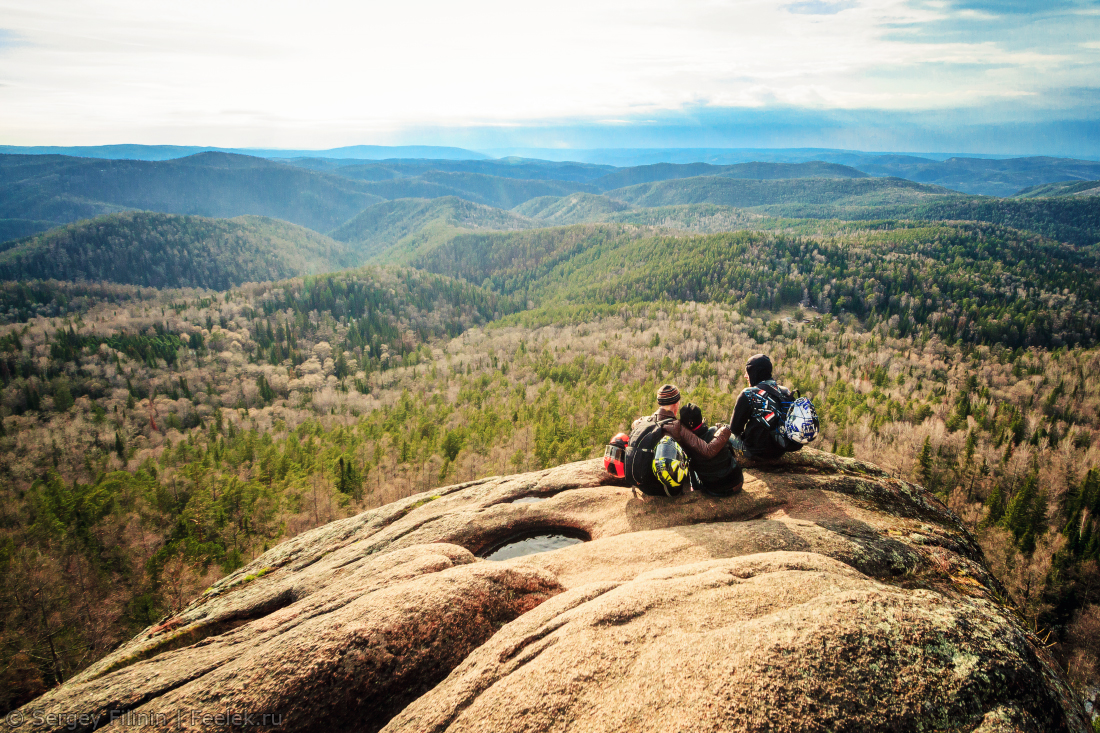 Tourists can go on hikes of varying difficulty to the highland areas of Siberia. Novices and those looking to spend a relaxed week in the mountains go to Yegraki, a mountain range located in the natural park of the same name.

The Altai Mountains is the perfect landscape for those who like highland hiking with guides and horses. Experienced mountaineers who enjoy walking on glaciers in crampons should try conquering Mount Belukha, Siberia's highest peak.

The entire vicinity of Kuznetsky Alatau is a great destination for cross-country skiing: There are shelters along the way for taking breaks. The Kodar Mountain Range is the ultimate destination for advanced explorers. Tourists rarely hike across the Chara Sands, a Siberian desert that is frequented by roaming bears. 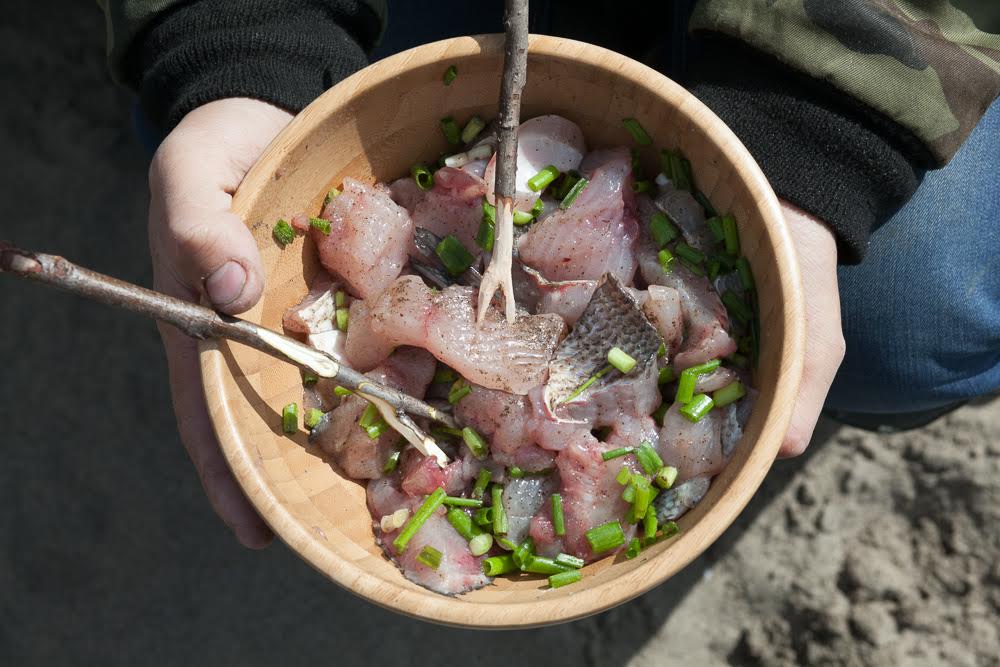 Siberia is home to 30 peoples and ethnicities, and each of them adheres to their original culinary traditions.

The most interesting flavors in Eastern Siberia are bird-cherry pies and Shorian dumplings with cedar nuts, which are traditional for the region’s indigenous peoples. In the kitchens of northern Siberia you can taste thin slices of frozen fish or meat, called stroganina, a Siberian interpretation of tartare called suguday made from raw fish and Dolgan bread, which is baked in a frying pan. Hospitable descendants of nomads in Eastern Siberia may treat you to mouthwatering steamed buuz with milky salted tea, while a nourishing soup called bukhlyor and golden-crusted baursak doughnuts are offered to guests in southern Siberia. 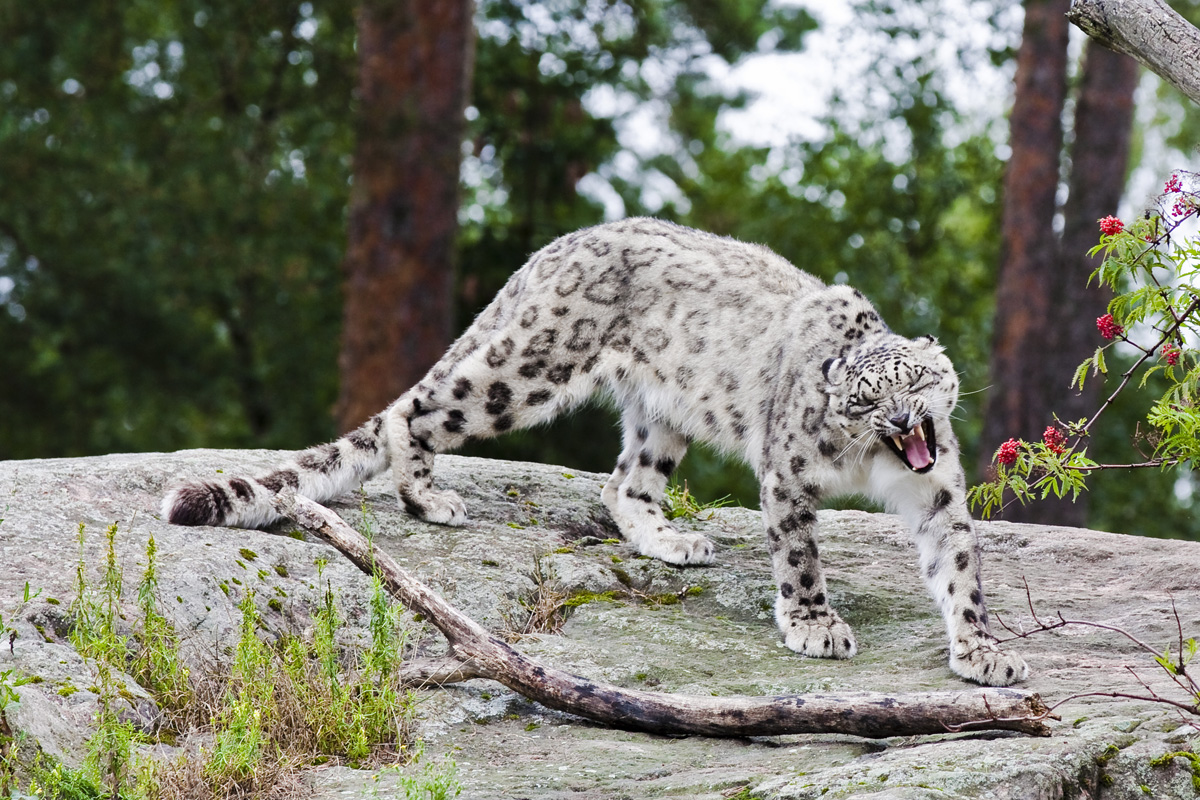 The territory of Siberia is covered with mountains, forests, rivers and tundra, so it is hard to explore this land without a helicopter, an SUV or advanced survival skills. You can experience the Siberian wilderness in nature reserves, which offer commercial eco-routes for tourists.

The Central Siberian Reserve invites you to make your way through impassible taiga, spending nights in shelters, drifting down white-water rivers or covering huge distances by helicopter, so as to feel the spirit of northern nature.

The wildlife sanctuary, which includes the area and the waters of the world's largest fresh-water lake, Baikal, holds over 360 endemic species of animals and birds. Mountaineering and ornithological expeditions along the Great Baikal Trail offer the opportunity to watch nesting birds and timid Baikal ringed seals.

Siberia's most unusual natural park, Tunguska, covers the vicinity of the Tunguska meteorite crash site, where taiga meets an enormous swamp that covers the caldera of an ancient volcano. Groups of tourists are led along the trails blazed by the first researchers of the meteorite, which crashed in 1908 with an explosion so intense that it knocked down every tree within a radius of 2,000 square kilometers.

You can learn about one of the world's rarest wild cats, the snow leopard, and take photos of Alpine ibexes in Sayano-Shushensky Nature Reserve in the south of Siberia, and can stroll around the taiga or do some rock-climbing without leaving the city behind in the Stolby National Park in Krasnoyarsk. 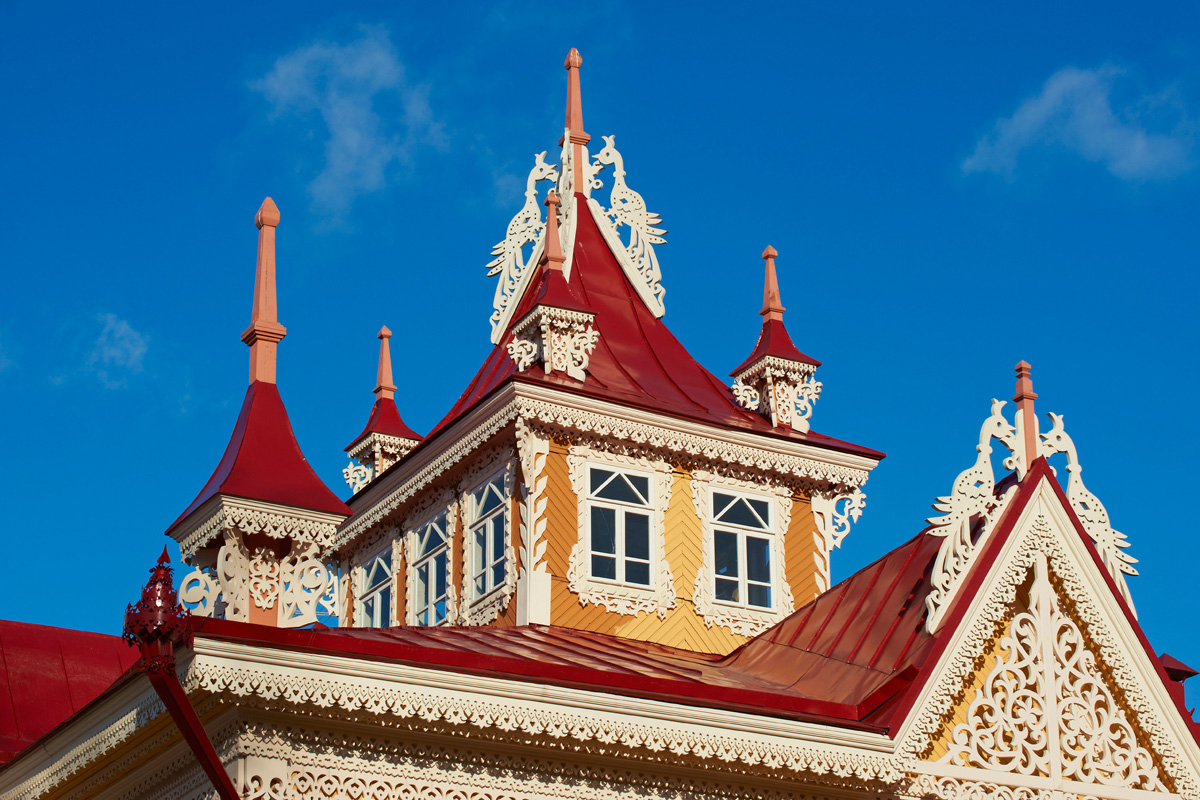 The Siberian city of Tomsk features the world's largest reserve of wooden architecture. Out of its 2,000 wooden houses, 700 are found on a heritage list. Download a map of Tomsk and spend the entire day exploring: From Mount Voskresenskaya, where the ancient city began, to the Tartar Sloboda (settlement) with its wood-carved window cases on every cottage. Be sure to check out the House with Firebirds and the German House and leave time to make your own discoveries.