On the edge of the abyss: How a Soviet naval officer prevented a nuclear war 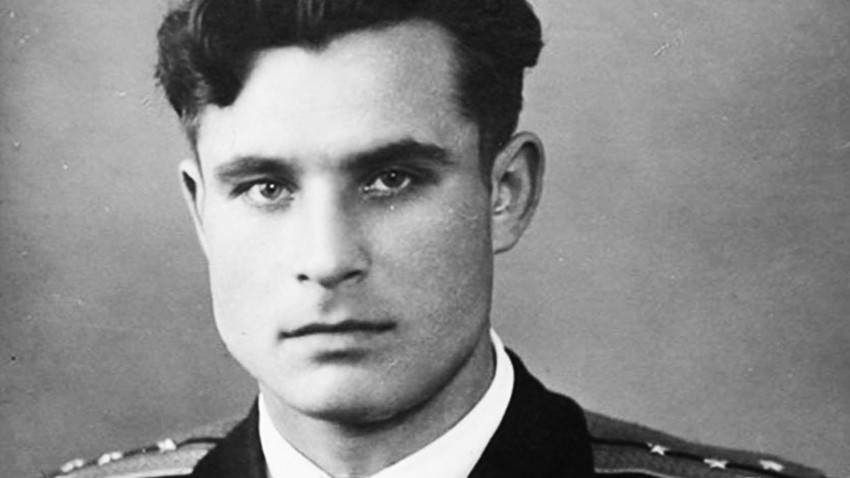 Archive Photo
On Oct. 27, 1962, the world was close to a full-scale confrontation between the two nuclear superpowers. As the U.S. Navy pursued Soviet submarines armed with nuclear torpedoes off the coast of Cuba, only the composure of Captain Vasily Arkhipov saved the world.

From the very beginning, the Cuban missile crisis in 1962 threatened world-scale disaster. The U.S. demanded the removal of Soviet nuclear missiles from Cuba, while Moscow insisted that Washington should first remove its missiles from Turkey.

On Oct. 27, disaster was near: the Soviets, who had a base on the island, shot down an American U-2 spy plane, killing the pilot. War was just a step away. 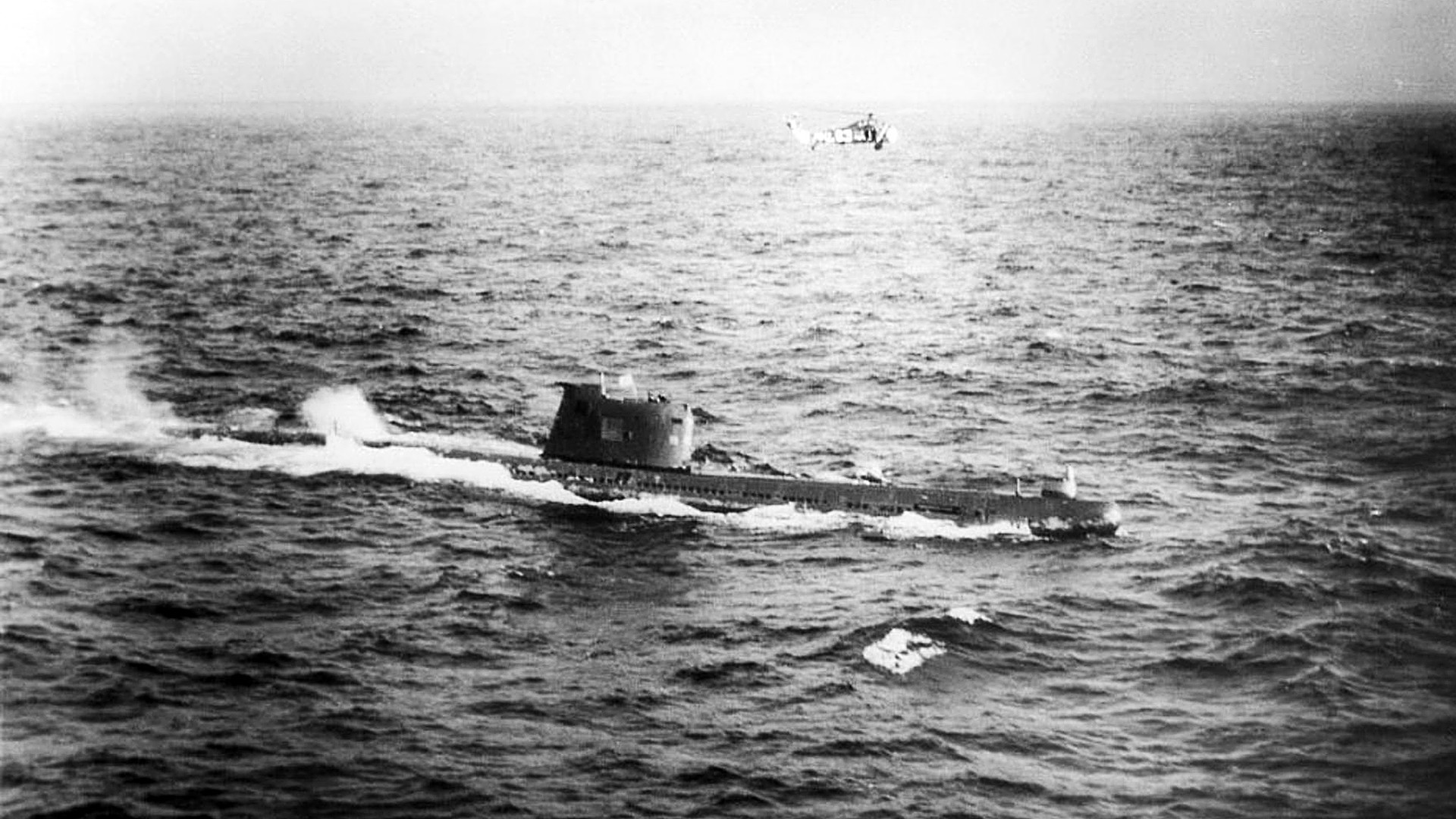 Soviet submarine B-59, in the Caribbean near Cuba.

The situation then became even hotter. Off the coast of Cuba, 11 American destroyers and an aircraft carrier had surrounded one of the submarines, B-59. The Americans had no idea that B-59 was armed with nuclear weapons, and started to drop depth charges in order to force the submarine to the surface. The officers had to decide whether to fight back or not.

The sub’s captain, Valentin Savitsky, tried to contact Moscow, but there was no line open. The depth charges were exploding closer and closer. “It seemed like you’re sitting in an iron barrel and someone is hitting it with a sledgehammer” Vadim Orlov, who was on B-59 as an intelligence officer, recalled later.

The sub was running out of energy and air, and to recharge it needed to surface, but the crew didn’t know if American ships would attack or not. Maybe World War III had started already?

Three officers had to make a decision: to surface according to American demands, or launch torpedoes, including the nuclear one. According to Orlov, Captain Savitsky was ready to strike, and so was the zampolit (political officer).

Orlov reported that Savitsky, nervous and sure that war had started already, shouted: “We're going to blast them now! We will not disgrace our navy!”

But the third officer, captain Vasily Arkhipov, who was in charge of the whole flotilla, convinced his colleagues that launching a nuclear torpedo was too dangerous a decision to make.

B-59 surfaced, demanding the American ships to stop their provocations. Along with three other submarines, it was forced to leave Cuban waters and went back to the USSR. But the main thing was that the crew avoided a full-scale clash. The next day – October 28, 1962 – Khrushchev and Kennedy reached an agreement. The Cuban missile crisis was over. 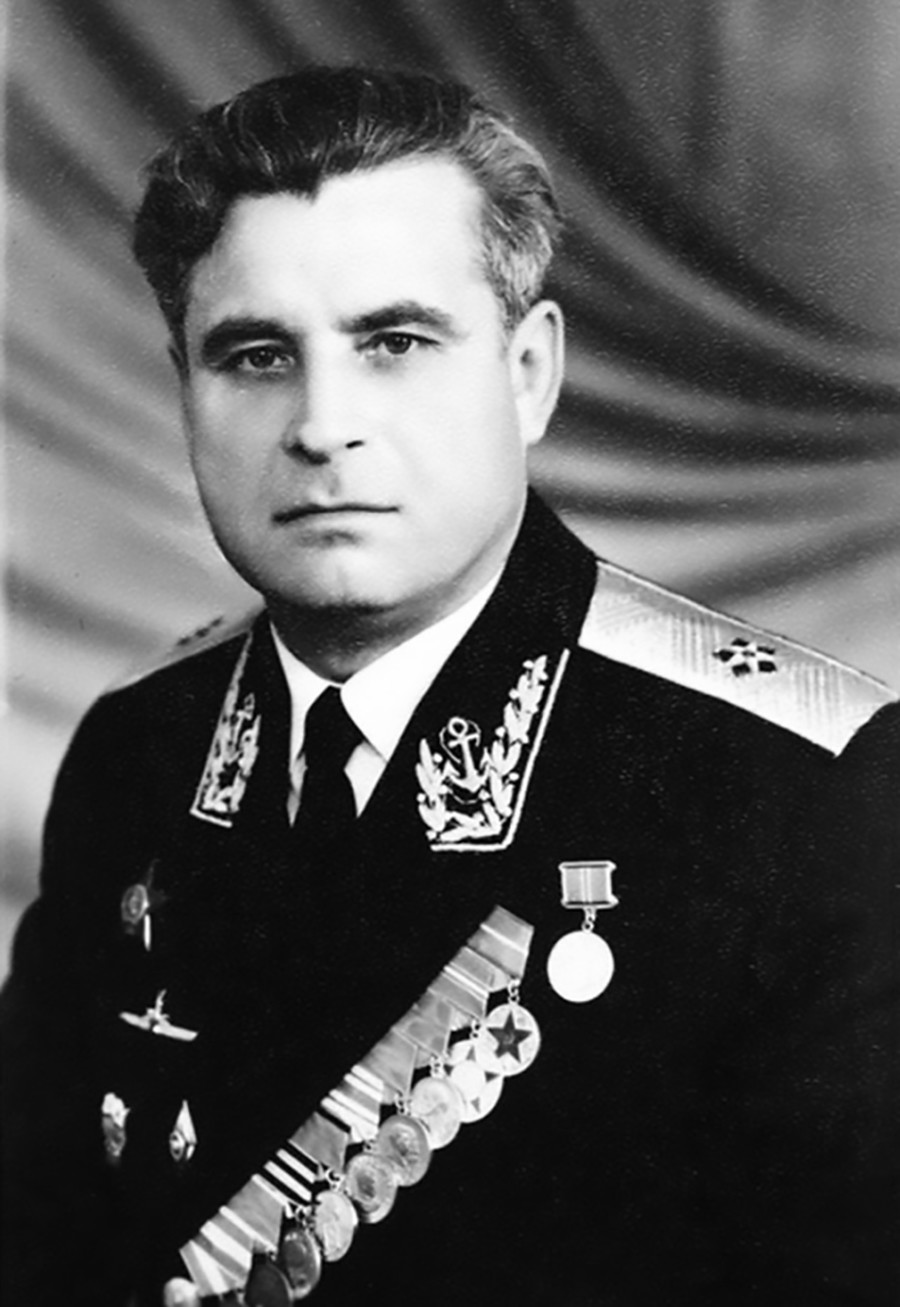 reason why Savitsky listened to Arhipov was the authority that he had through years of service. The most remarkable episode that made him famous among submariners happened a year before the Cuban crisis.

In 1961, Arkhipov served on K-19, a nuclear submarine infamous among Soviet officers for its breakdowns and accidents – it even had the nickname, “Hiroshima.” In July 1961, K-19 was conducting exercises in the North Atlantic when its reactor broke down, losing coolant.

The radiation level jumped dangerously; many crew members and officers were in and tried to riot. Arkhipov, K-19’s deputy captain was among the few who remained calm, maintained order and helped to organize a proper evacuation. He showed the same level of composure off the coast of Cuba a year later.

Arkhipov received no praise after the crisis was resolved – at least officially. The whole story remained classified. Arkhipov continued his naval service, reaching the rank of vice admiral in 1981. After he quietly lived with his family in the Moscow Region.

In 2002, during a conference dedicated to the 40th anniversary of the Cuban missile crisis, intelligence officer Vadim Orlov revealed details of those events, including how close the world came to a nuclear holocaust and Arkhipov’s role in preventing it.

Deeply impressed, Thomas Blanton, director of the U.S. National Security Archive, said: ”The lesson from this is that a guy called Vasily Arkhipov saved the world.” The conference participants agreed, but no one would ever hear Arkhipov’s viewpoint. He had passed away four years earlier, in 1998.