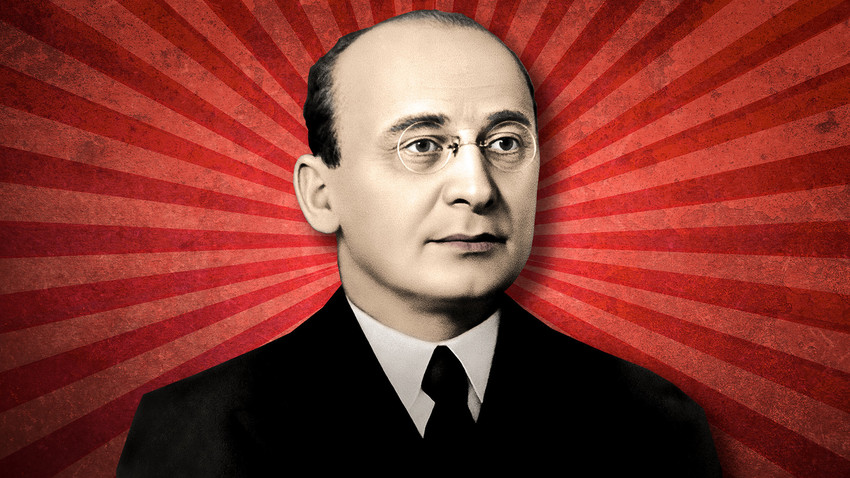 Lavrentiy Beria. That intelligent look could scare the hell of pretty much everyone in the USSR.

Getty Images; Pixabay
That corpulent man wearing a pince-nez remains one of the most symbolic faces of Joseph Stalin’s era. Lavrentiy Beria was calculating and vicious, hard-working and hedonist – and people feared him so much that it led to his downfall. 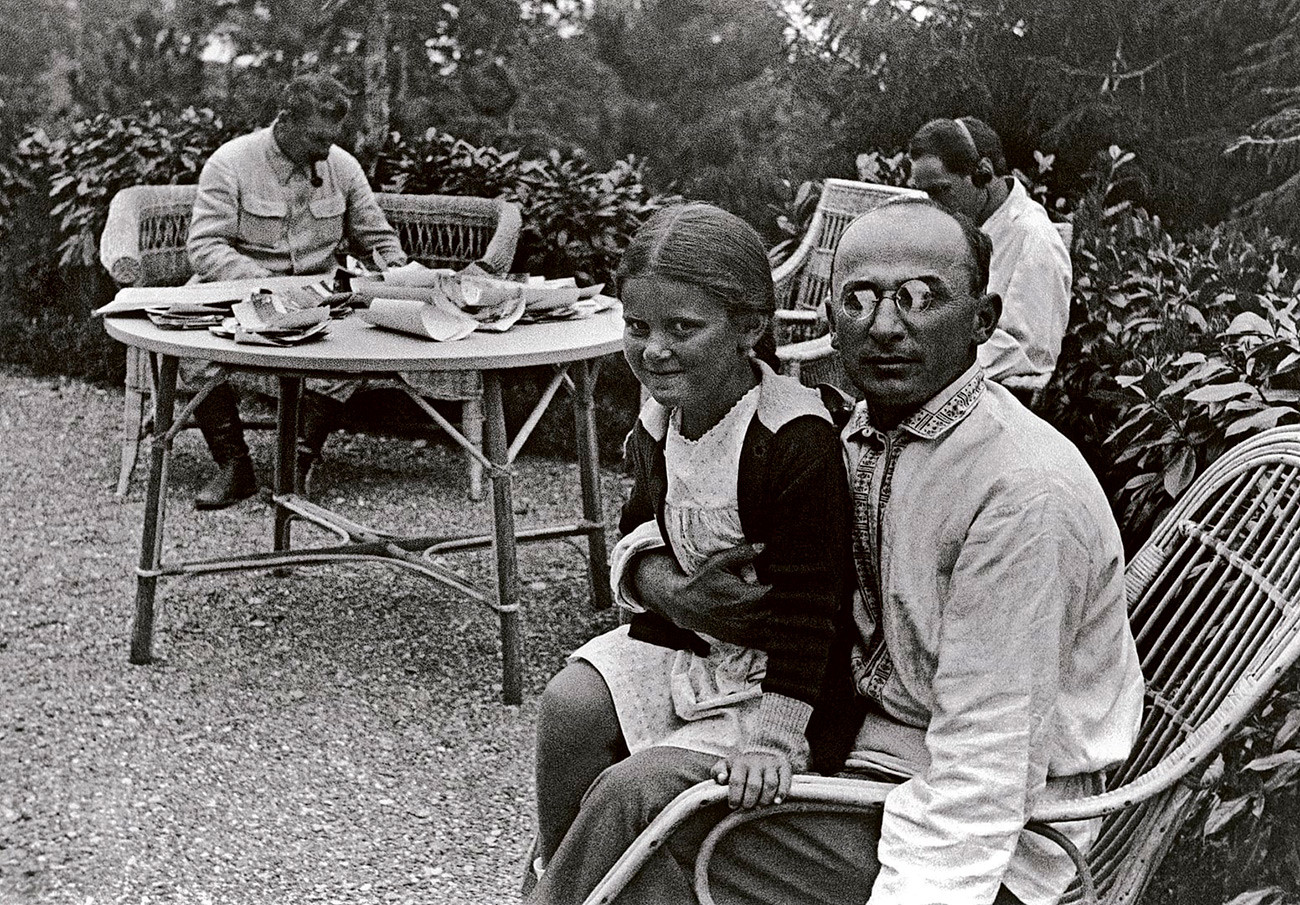 Just like his boss Joseph Stalin, Lavrentiy Beria (1899 – 1953) was born and bred in Georgia. An ethnic Mingrelian (a small nation closely-related to Georgians), during the Russian Civil War (1918-1921) he specialized in spying and undercover operations for the Bolsheviks in neighboring Azerbaijan. Later, Beria returned to Georgia to work for the Soviet secret police, known as the  Cheka – the Extraordinary Commission.

He made a great career in Georgia: in the 1930s, after Stalin got rid of the old Georgian Communists, Beria led the republic. “Beria had no values, was always ready to discard ideology or personal relations – and Stalin liked that about him,” historian Lev Lurie writes.

Plus, Beria was indeed a good manager. “During his reign in Georgia, the republic became the main supplier of tea, grape and citrus for the entire USSR… the republic that was among the poorest turned into the most prosperous,” Lurie notes.

Cunning Beria established excellent personal relations with Stalin, who visited Georgia many times during his vacations. That helped him a lot – Beria was one of only two heads of Soviet republics ( there were 15) who survived the purges of 1937. Moreover, Stalin took Beria to Moscow, appointing him chief of the NKVD, the notorious secret police.

2. Reduced the extent of the Great Terror 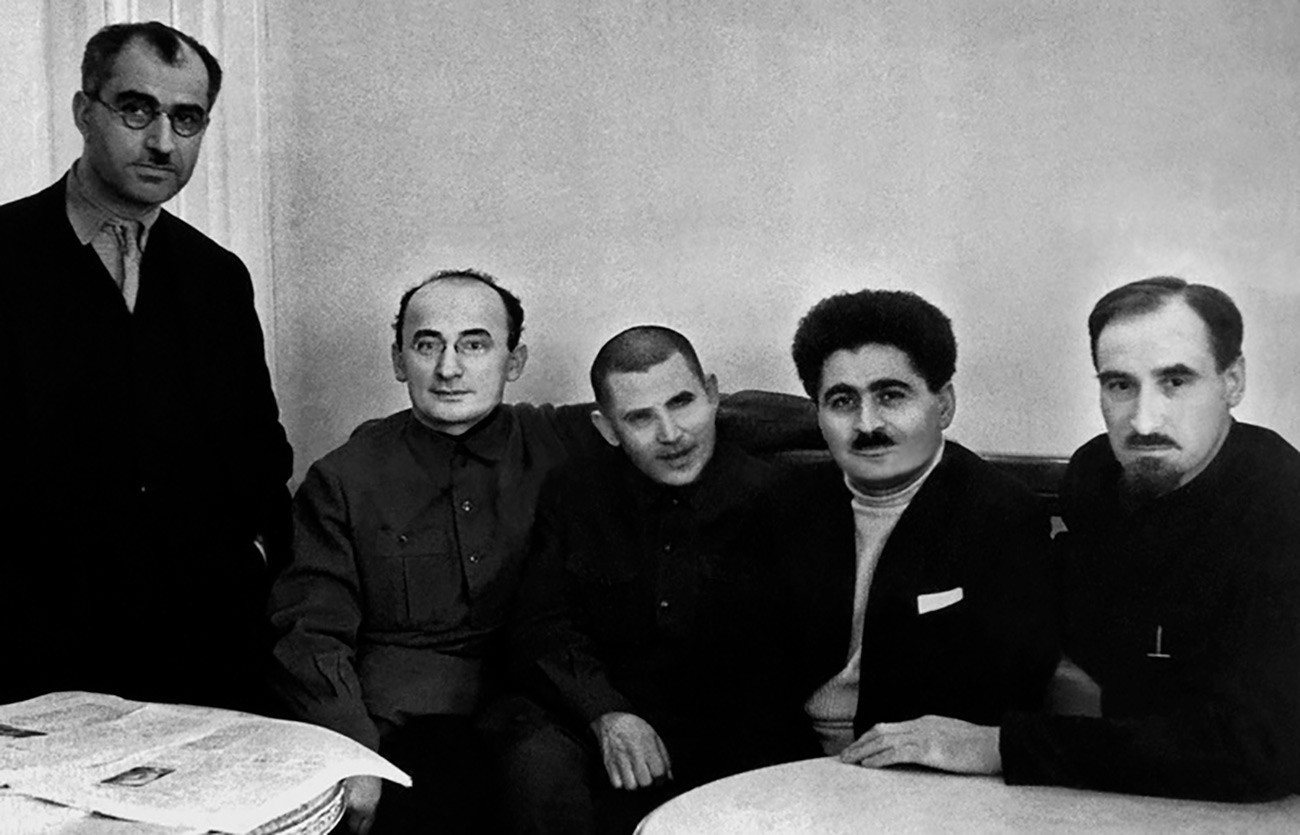 In Russia, it is common to associate Beria, the longest-sitting head of the NKVD during Stalin’s era, with mass repressions. In fact, it was Beria’s predecessor Nikolai Yezhov who ran the secret police during the height of the terror, 1937-1938. As far as Stalin was concerned, appointing Beria to head the NKVD was a way to scale back the extent of the executions.

“Stalin was a violent yet clever man who was well aware of the fact that further repressions would lead to the failure of his power,” wrote Sergo Beria, Lavrentiy’s son, in his memoirs. “He needed a man of a different kind [from Yezhov] to lead the NKVD.” Sergo’s objectivity can be disputed, but his father did alleviate the violence: in 1938 (the last year of Yezhov’s tenure as head of the NKVD), 328,000 people were sentenced to death in the USSR; in 1939, with Beria in charge that figure was 2,600.

Certainly, that doesn’t mean Beria was a bleeding heart liberal: like everyone else in Stalin’s government he was always ready to spill blood if there was an order. For instance, it was Beria’s NKVD that sentenced 14,500 Polish war prisoners to death in 1940 (the infamous Katyn massacre).

3. In charge of the atomic project 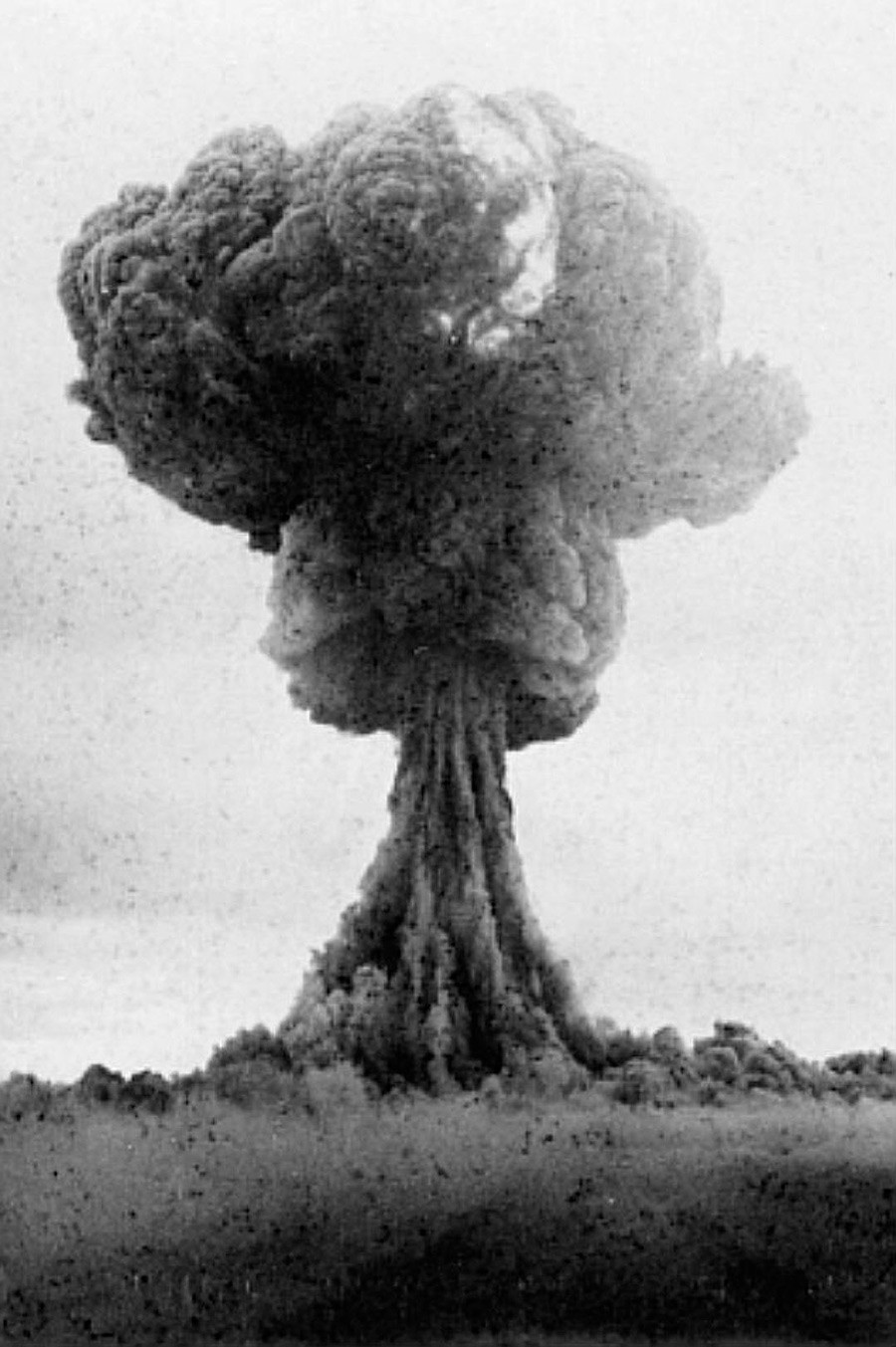 First nuclear testing in the USSR, 1949.

Stalin appreciated Beria’s organizational skills enough to put him in charge of the manufacture of armaments, aircraft and aircraft engines during World War II – which was in addition to his duties in state security that included both coordinating the work of spies and the infamous deportations of ethnic groups accused of collaborating with the Germans – Chechens, Crimean Tatars and so on.

When the war ended, the USSR faced new challenges – the nuclear arms race, with Washington ahead of Moscow. Stalin had no doubt who could supervise the Soviet atomic project: Beria headed the Special Committee on Creating Nuclear Weapons in the shortest time possible.

The ruthless minister spent 1945 to 1949 providing Soviet scientists with everything they needed. Ninel Epatova, an engineer who used to work on the atomic project, saw Beria periodically, and she recalled: “Back then, Beria always looked exhausted… with red eyes, bags under them… It seemed he didn’t care about anything except work.”

That work consumed Beria, and historian Oleg Khlevniuk writes that: “Soviet nuclear testing could result in his triumph or, in case of failure, the end of his career or even life.” But testing was successful: in 1949, the USSR became a nuclear power, and Beria was among those who made it possible.

4. Rumored to be a rapist 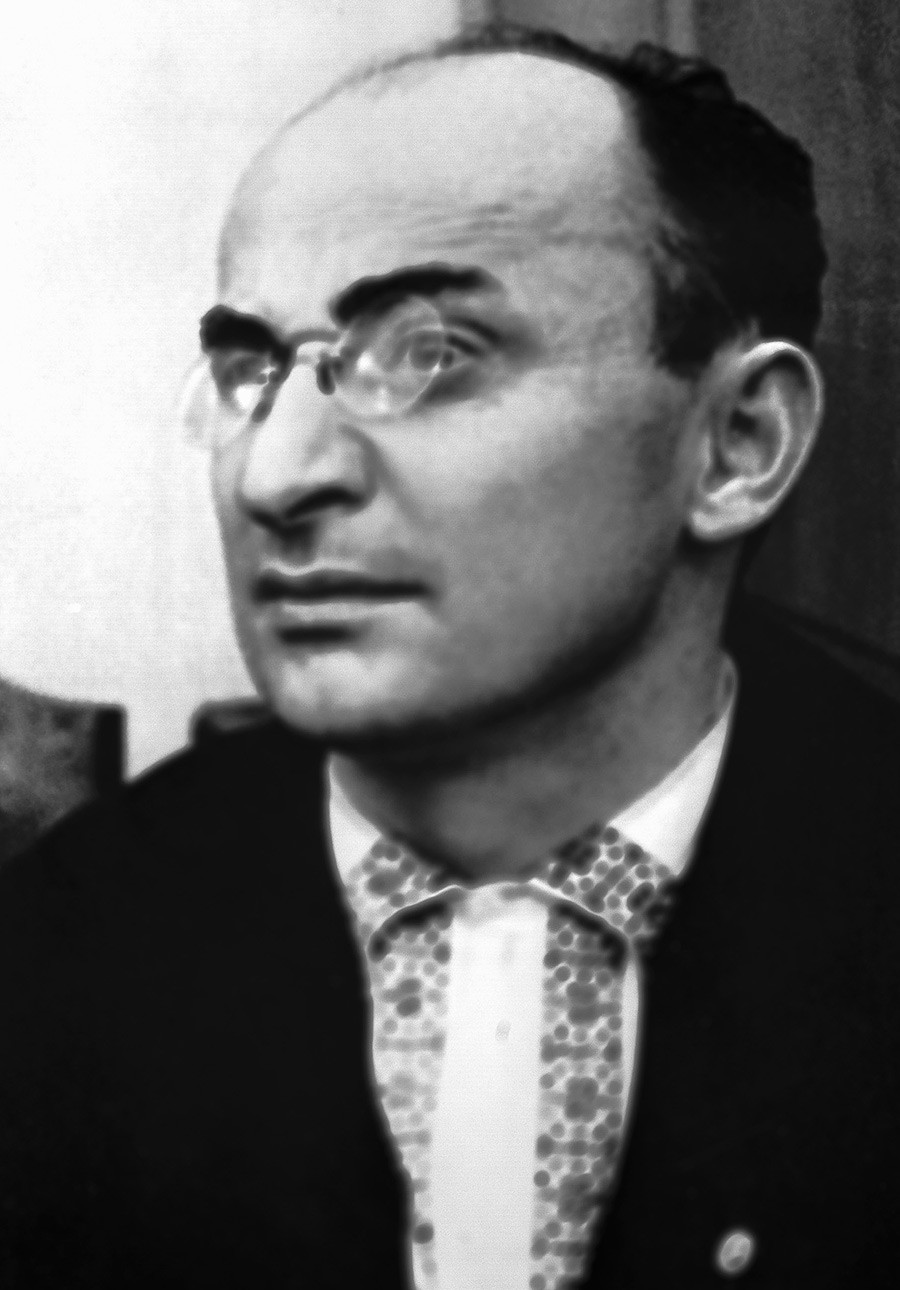 “Stalin’s attitude towards Beria was special. He was the only one among the top members of the Communist Party not to have an apartment but a mansion in Moscow all to himself,” Lurie states. Today, this mansion on Malaya Nikitskaya Street in the Moscow center hosts the embassy of Tunisia and… is rumored to be haunted.

There are dark legends surrounding Beria: allegedly he was something of a sexual maniac, having young girls delivered to his house, raping and (sometimes) murdering them, while his guards helped him get rid of the bodies. Nevertheless, there is absolutely no proof for this urban legend, and most historians suppose it was Beria’s posthumous bad publicity that led to such rumors.

What has been proved is that Beria had, in addition to his wife, an ‘unofficial’ one – Valentina Drozdova, who was a 16-year-old schoolgirl when they met in 1949. Their relations lasted until Beria’s death in 1953. Later, Drozdova claimed that Beria raped her, but it’s unclear if it was true or whether she wanted to distance herself from Beria’s legacy. 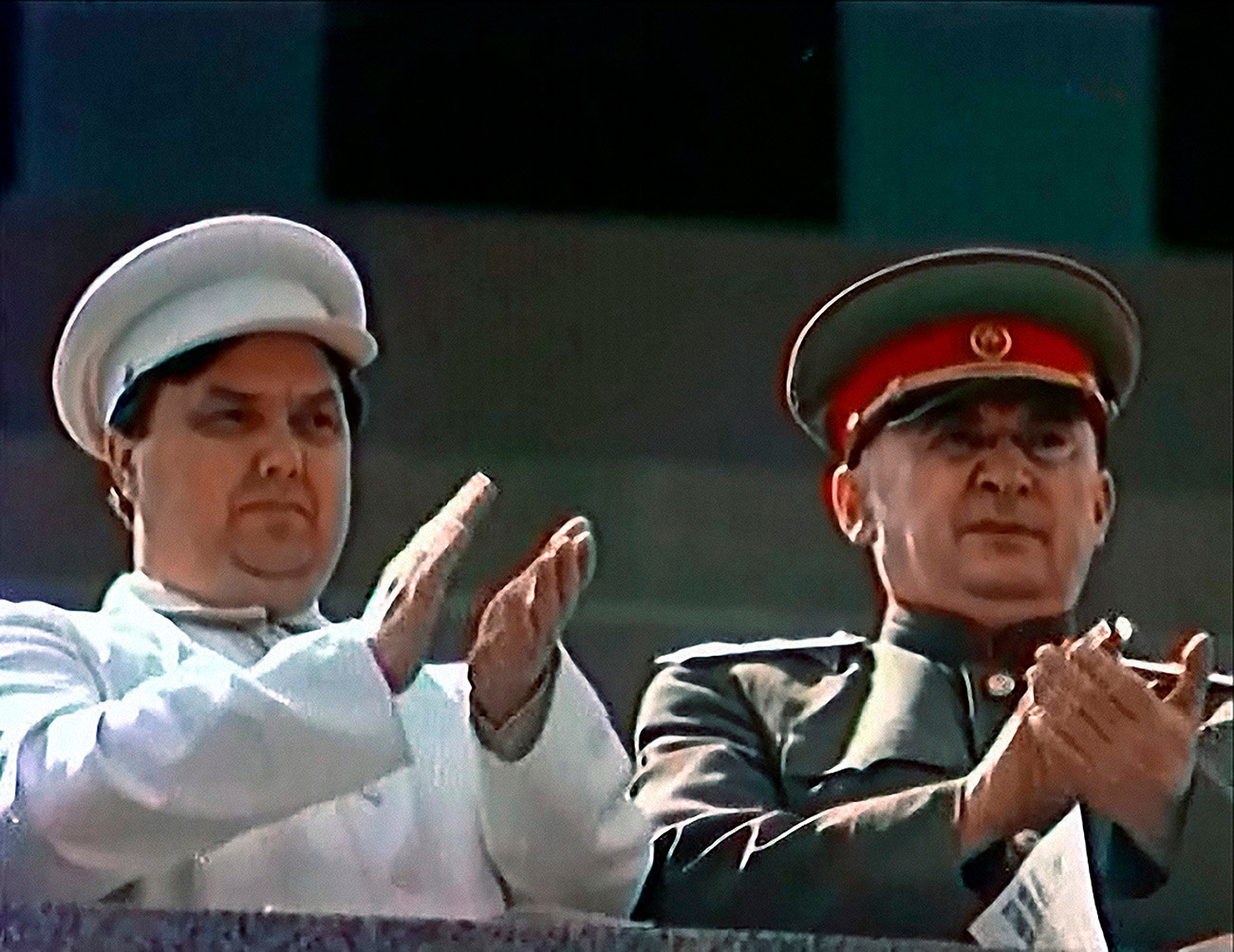 When Stalin died on March 5, 1953, Beria became one of the most influential people in the USSR, forming a ‘triumvirate’ with two other leaders – Nikita Khrushchev and Georgy Malenkov. In that ‘collective ruling’ system Beria was in charge of state security, which, along with his dark reputation, resulted in Khrushchev and Malenkov fearing Beria and a possible plot against them.

So, they decided to strike first. In June 1953, Beria was detained, denounced as the architect of repressions and a British spy (a fabricated accusation) and executed the same year. Beria was Stalin’s only secret police chief to outlive his boss, but not for long.