This GIANT Soviet hovercraft made a BIG splash, but didn’t survive testing (PHOTOS) 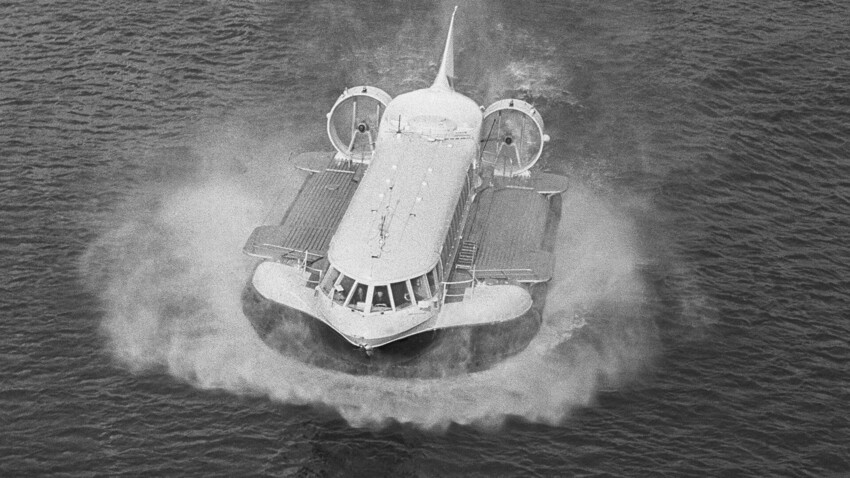 Vladimir Voytenko/TASS
It was more than 29 meters long and could develop speeds of up to 130 km/h!

The Soviet shipping sector in the USSR used to handle a massive amount of the country’s passenger and freight transportation. In order to keep things moving even in winter, when rivers freeze over, engineers actively worked on developing air-cushion vehicles (ACV) - or hovercraft, as they’re more commonly known.

One such project was the ACV ‘Sormovich’. 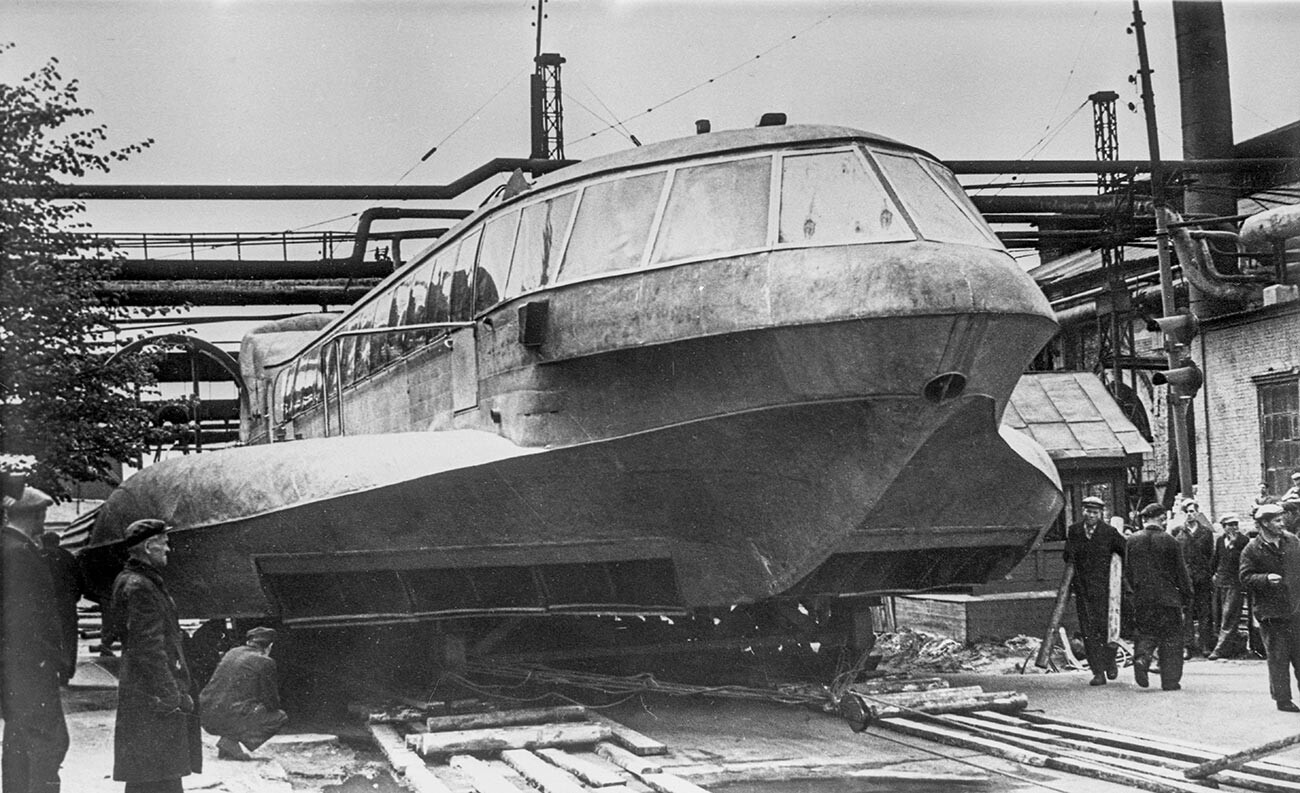 The new experimental vessel carried the name of the factory that produced it - ‘Krasnoye Sormovo’, in Nizhny Novgorod.

The new project really was gigantic in size - more than 29 meters in length, 11 meters wide and 7.8 meters tall. To top it off, the Sormovich also weighed a whopping 37 tons! 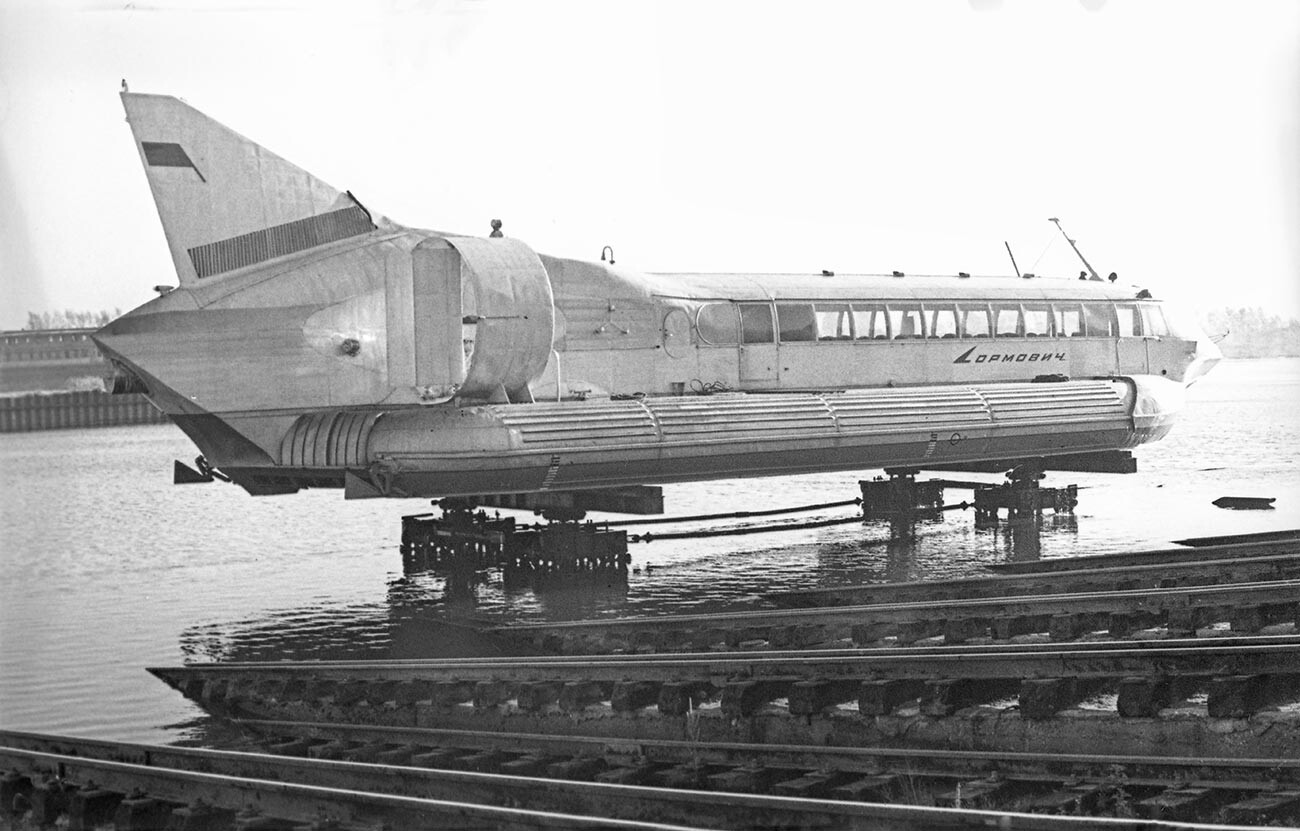 The giant was started by means of a 169 kilowatt (2,000 HP) AI-20K aviation engine. For a reserve engine, it used the gas-turbine AI-8. The two engines helped start the twelve-bladed helix ventilator to power the cushion and movers.

“The Sormovich had a very specific look. On the outside, it looked like a flattened frog that some smart guy decided to attach two fans to the sides to the rear, while putting a nozzle in the back, which was actually an exhaust pipe. The roar that thing made was heard for several kilometers on the Volga,” one of the eyewitnesses of the trials remembered. 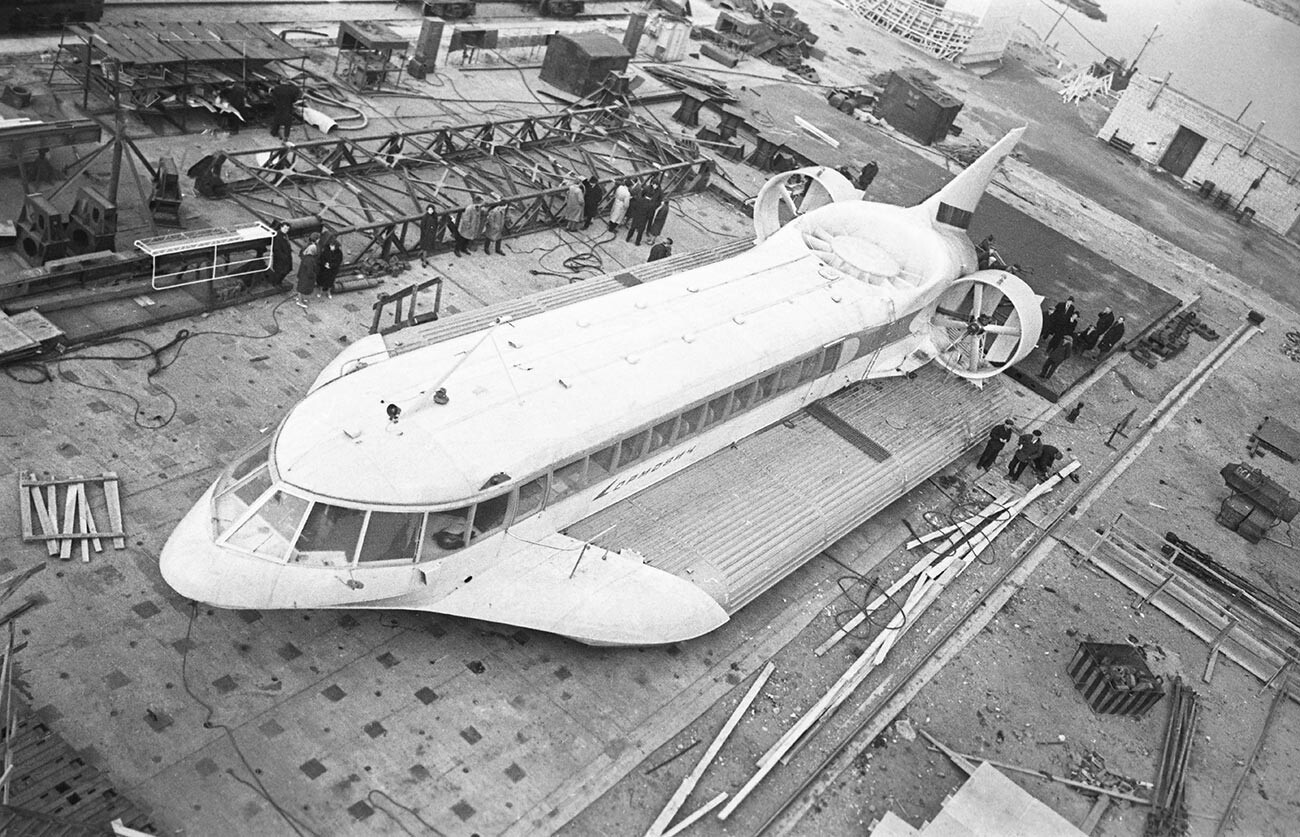 Despite the bizarre description, the Sormovich demonstrated impressive results. The hovercraft managed to exceed expectations with a maximum speed of 120-130 km/h - instead of the stated 100. It was adapted for distances of 600 km and capable of running for eight hours.

The vessel needed to be manned by a crew of three and could seat up to 50 passengers. The passenger compartment was located in the hovercraft’s nose. 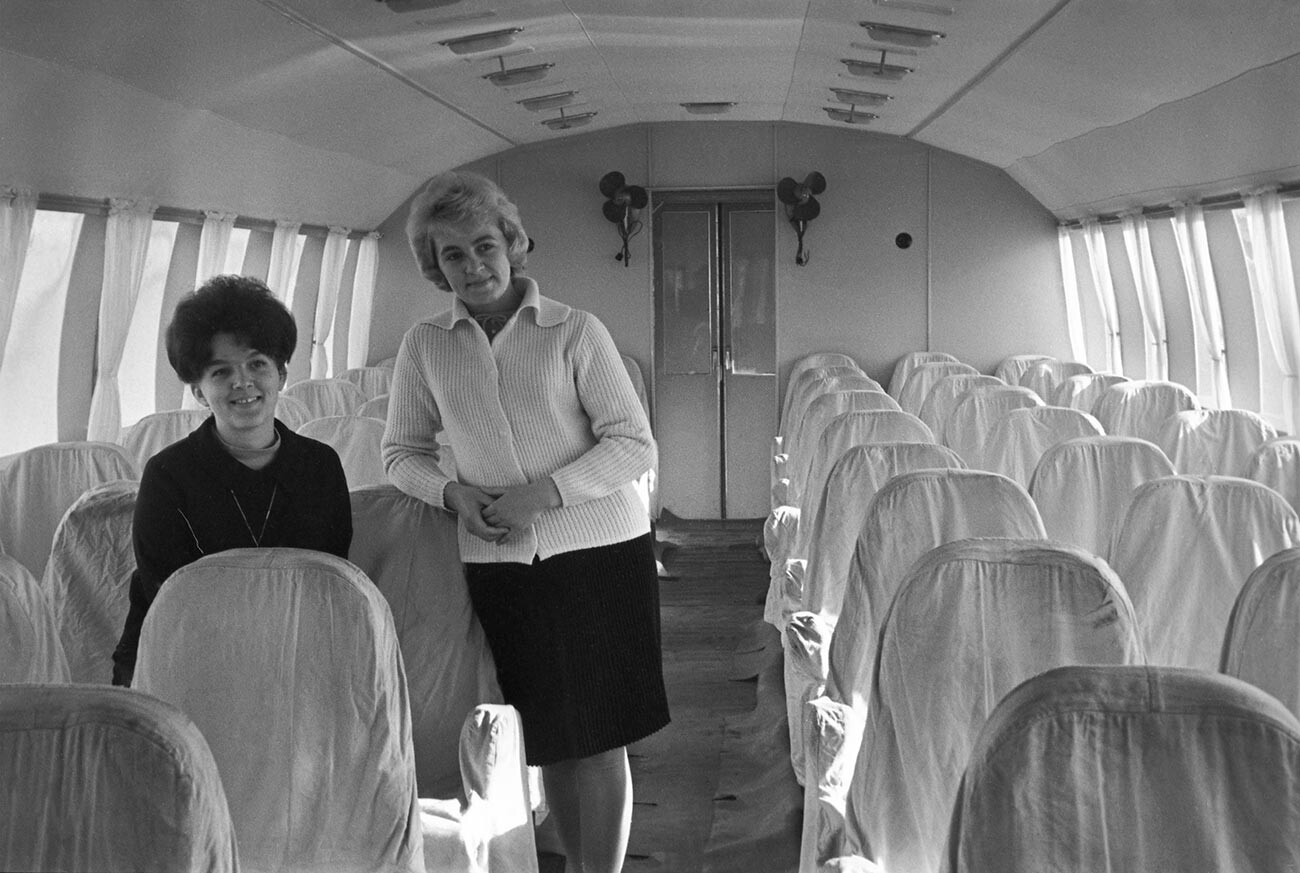 After successful trials in the late 1960s and early 1970s, the Sormovich was given the experimental Gorky-Cheboksary route on the Volga, measuring 274 kilometers. The vessel would take one day to complete a return journey. Vladimir Scherbakov was named captain, although he was also put in the role of the mechanic.

Despite adequate technical characteristics, the hovercraft only operated for two years - from 1971 to 1973. This was down to serious technical issues with its design: they had to do with the transfer gearbox, which regularly malfunctioned. 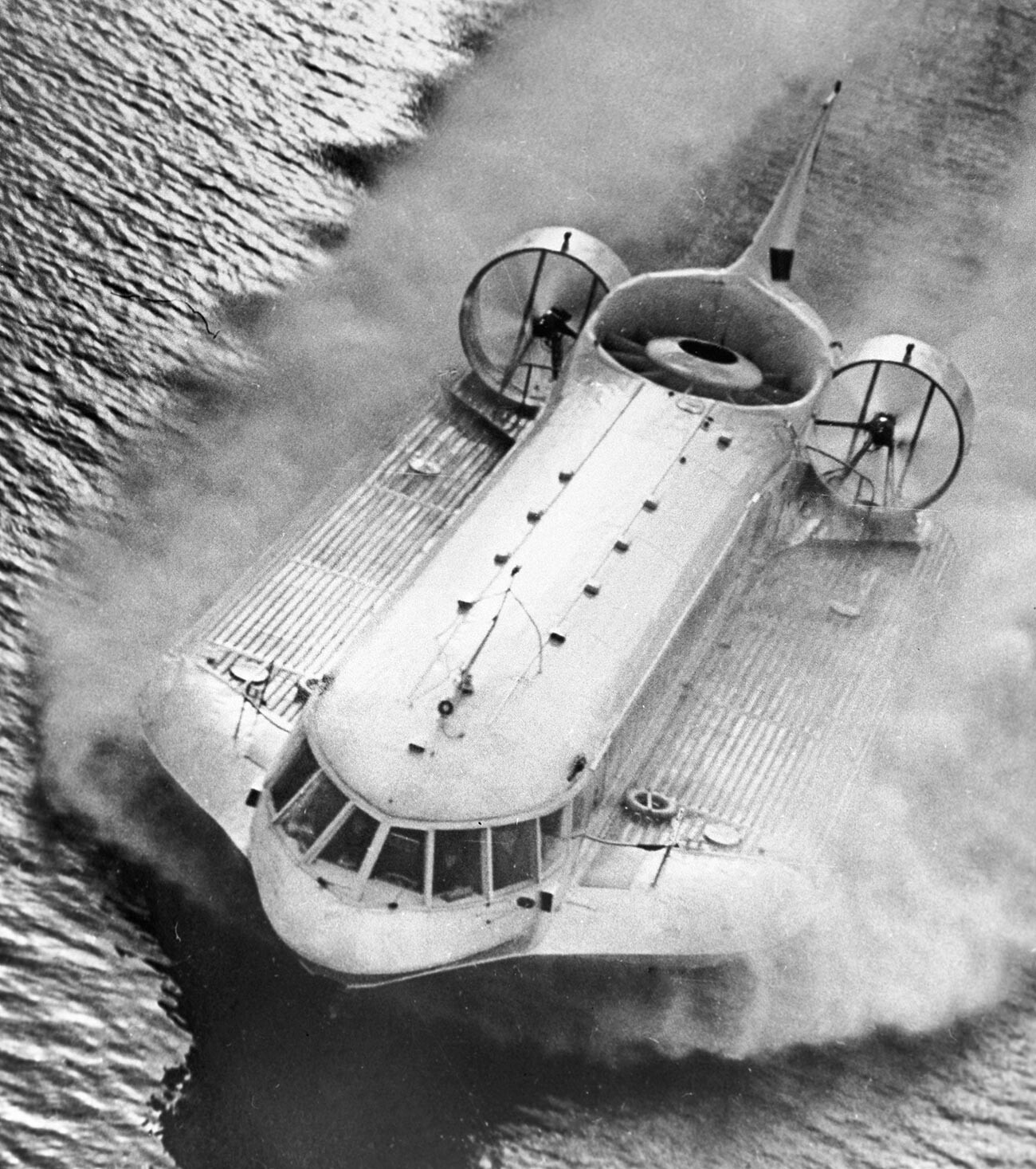 “The Sormovich had a weak spot. Imagine that the machine compartment has a turbine and a large transfer gearbox, which alone distributes power to three separate units: the blades and the fan. That reductor would constantly go out of order! And the reason for that was that the vessel wasn’t properly thought out - they hurried to get it into water,” the captain claimed. 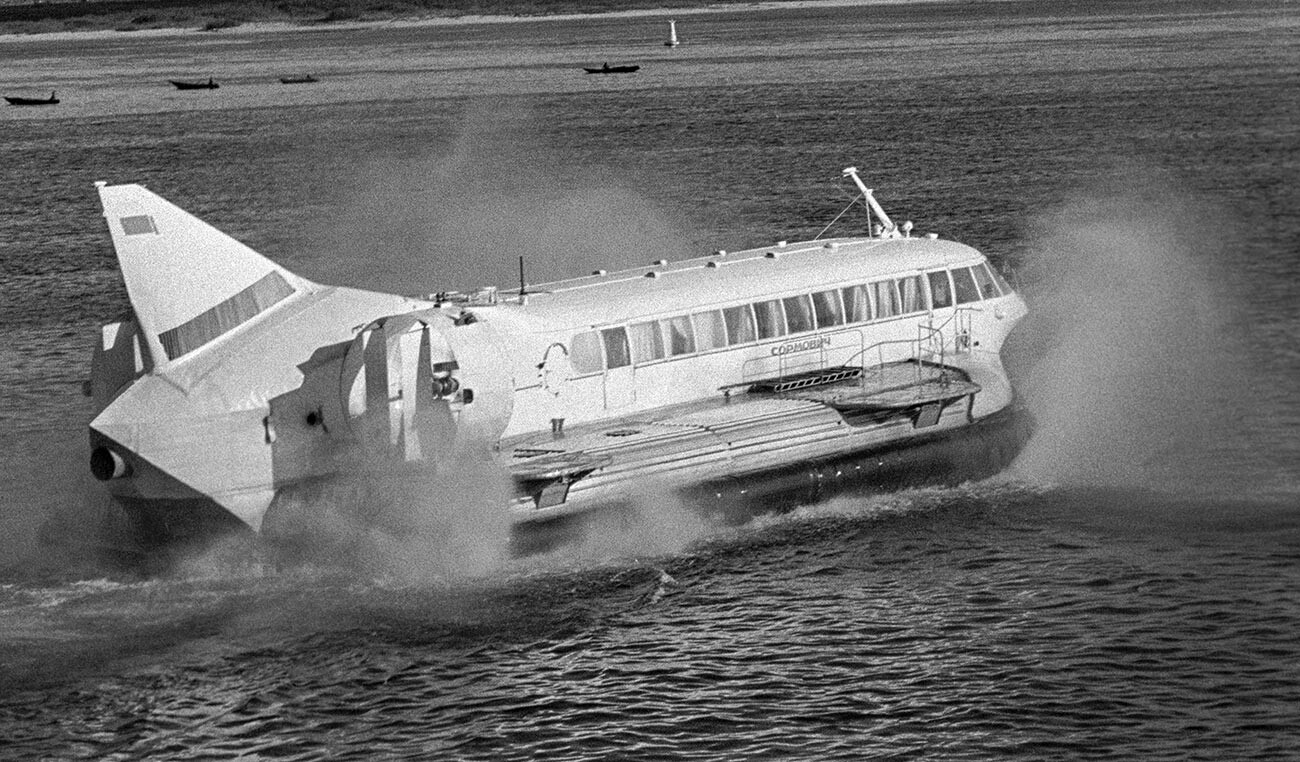 Moreover, in the course of the winter trials, a major deformity of the ice was spotted on the river.

But, the final nail in the Sormovich’s coffin was, after all, the problem with the reductor. The vehicle was decommissioned in 1974, whereupon it was sent to a base in Chkalovsk and used for scrap metal.

In its short lifespan, the ACV Sormovich still managed to transport some 6,000 passengers.

Click here for the 5 BEST Russian cars of all time.