The world’s last great geographical discovery made in Russia (PHOTOS) 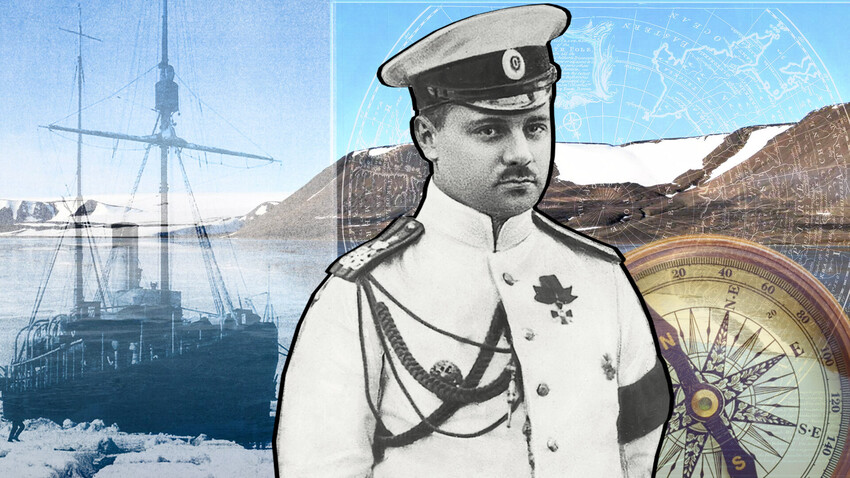 On the final attempt to chart the Northern Sea Route, Russian explorers stumbled on a few isolated Arctic islands. When the archipelago was finally mapped, it was considered to be the last geographical discovery of significant importance.

For hundreds of years, Russian explorers dreamed of discovering a shorter route from the Western part of Russia to Russia’s Far East. The new sea route promised to shorten the extremely long sea route via the Indian Ocean, but it proved extremely difficult to chart, because of the harsh weather conditions in the Arctic. 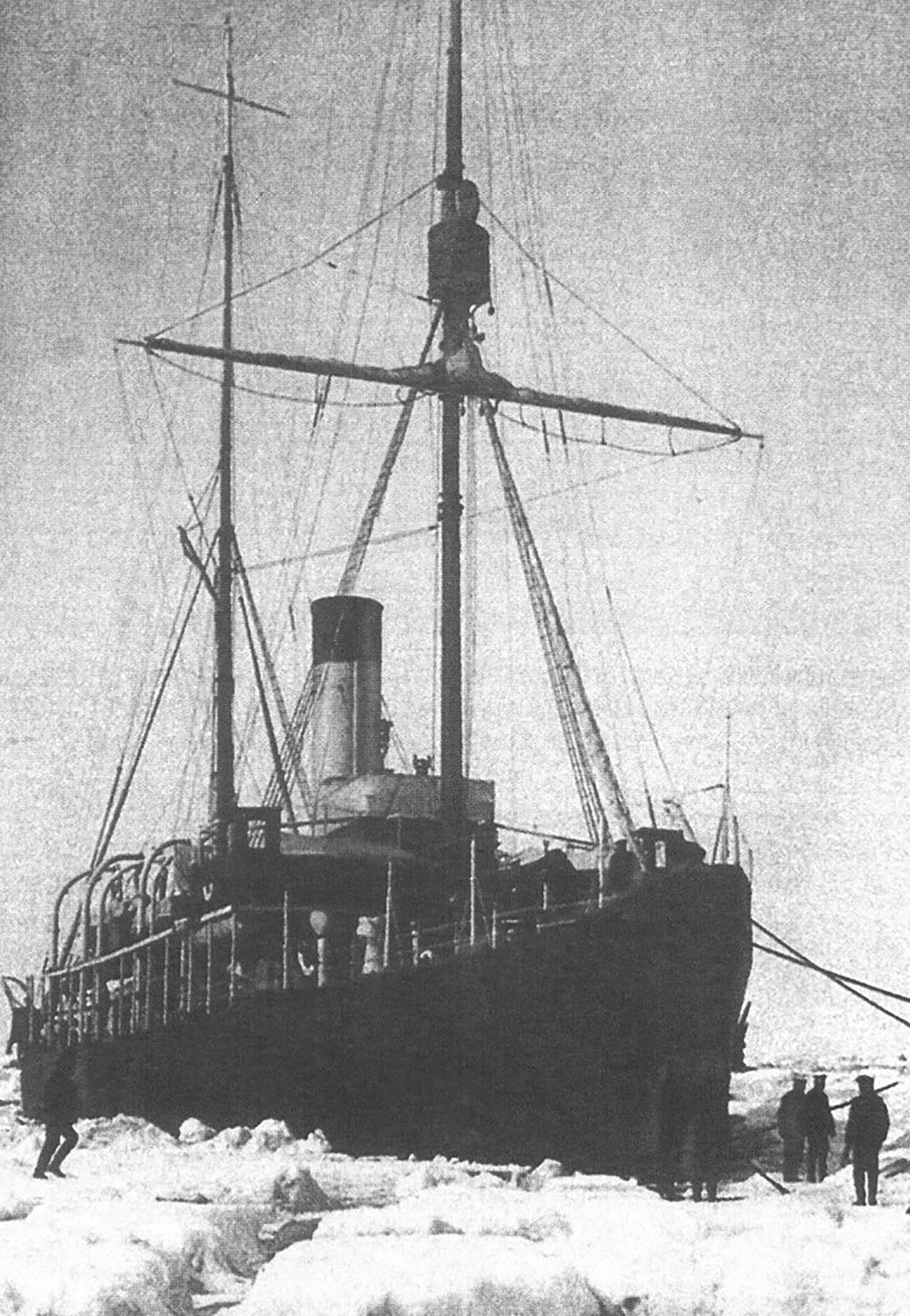 In 1910, Russia launched a scientific expedition for the purpose of developing the Northern Sea Route. Two ships participated in the journey.

The first ship was the ‘Vaygach’, an icebreaker built in 1909 specifically for the purpose of this arduous expedition. 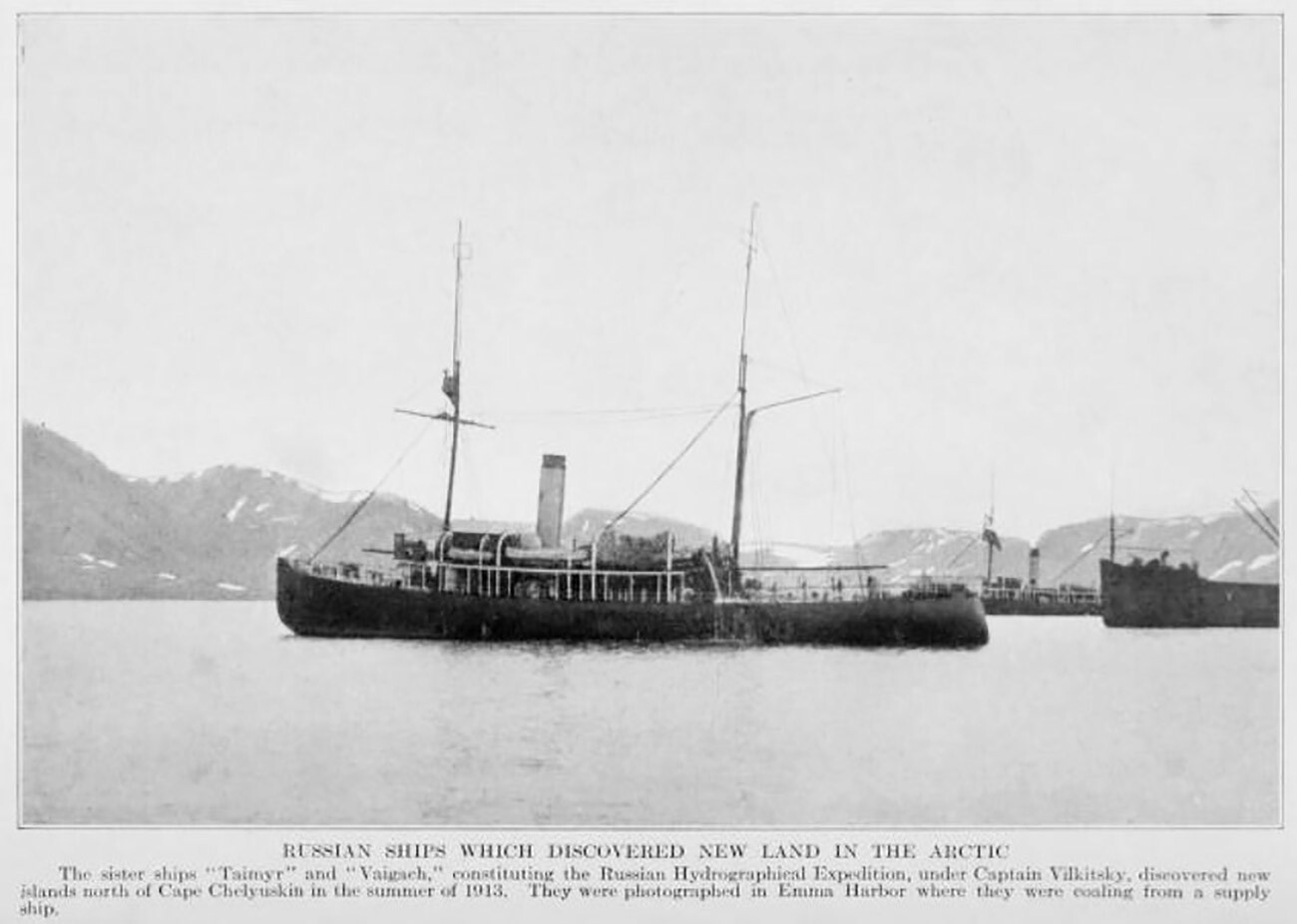 The other ship was a 1,200 ton-heavy ice-breaking steamer named ‘Taymyr’ after a peninsula in the Far North of Russia. Both ships were considered to be the best icebreakers in the world at the time of the expedition.

The two ships set sail in 1910, but they did not move along the Northern Sea Route from the start. Instead, members of the expedition made a lengthy journey from St. Petersburg to Vladivostok via the Suez Canal and the Indian Ocean.

Only when the icebreakers reached Vladivostok did they begin to pursue their primary goal: exploring Russia’s Arctic coast, mapping everything they discovered along the way and finding that much needed Arctic passage leading from the East to the West of Russia. 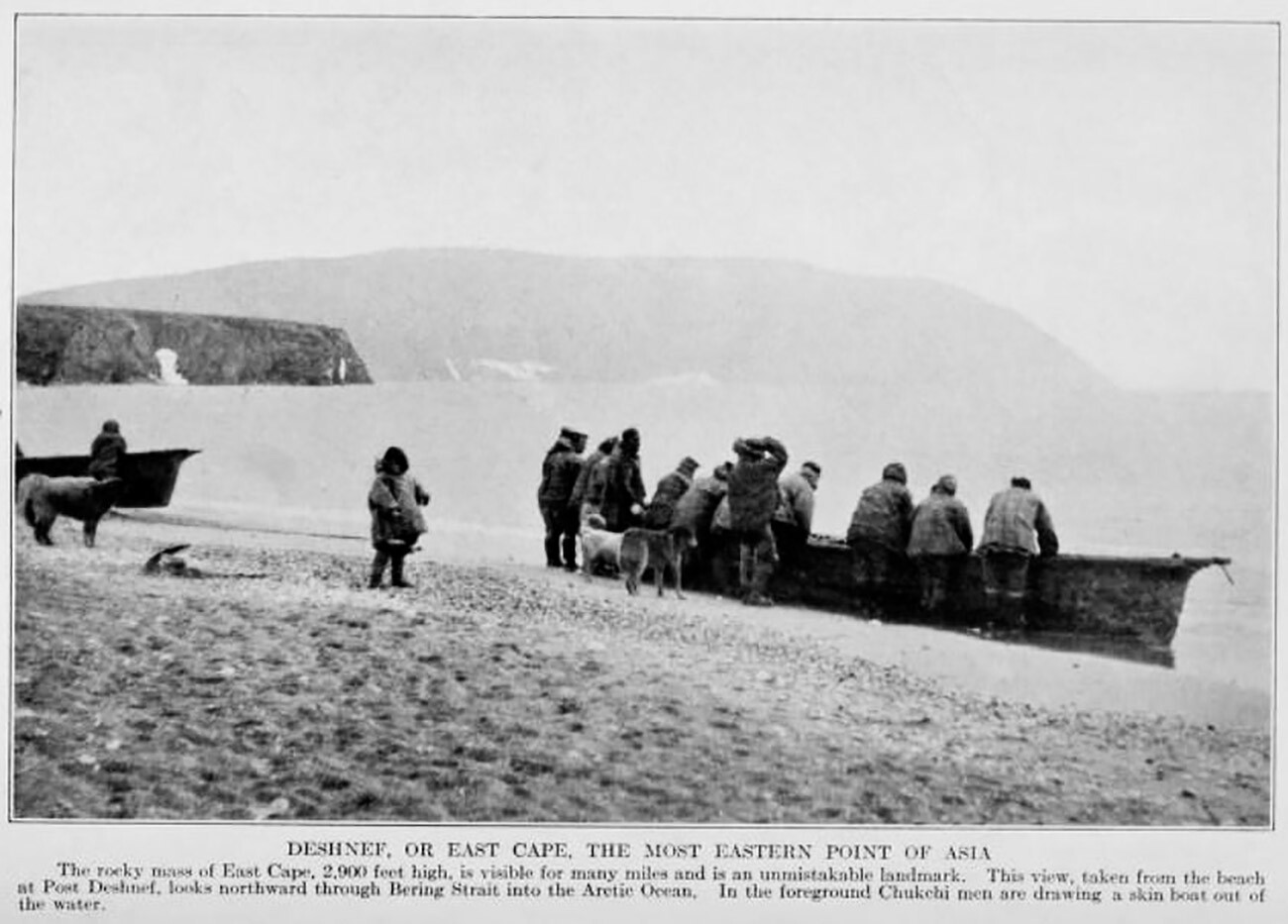 Chukchi men at Port Dezhnev bringing a umiak up on the beach; Cape Dezhnev headland in background.

The expedition moved to the west, one step at a time. In the first year, the icebreakers only reached the area near the Chukchi village of Uelen, located on the southeastern coast of the Chukchi Sea near Cape Dezhnev.

After a few years of navigating in the Arctic, the expedition pressed even further to the west and stumbled on previously unexplored islands on August 10, 1913. 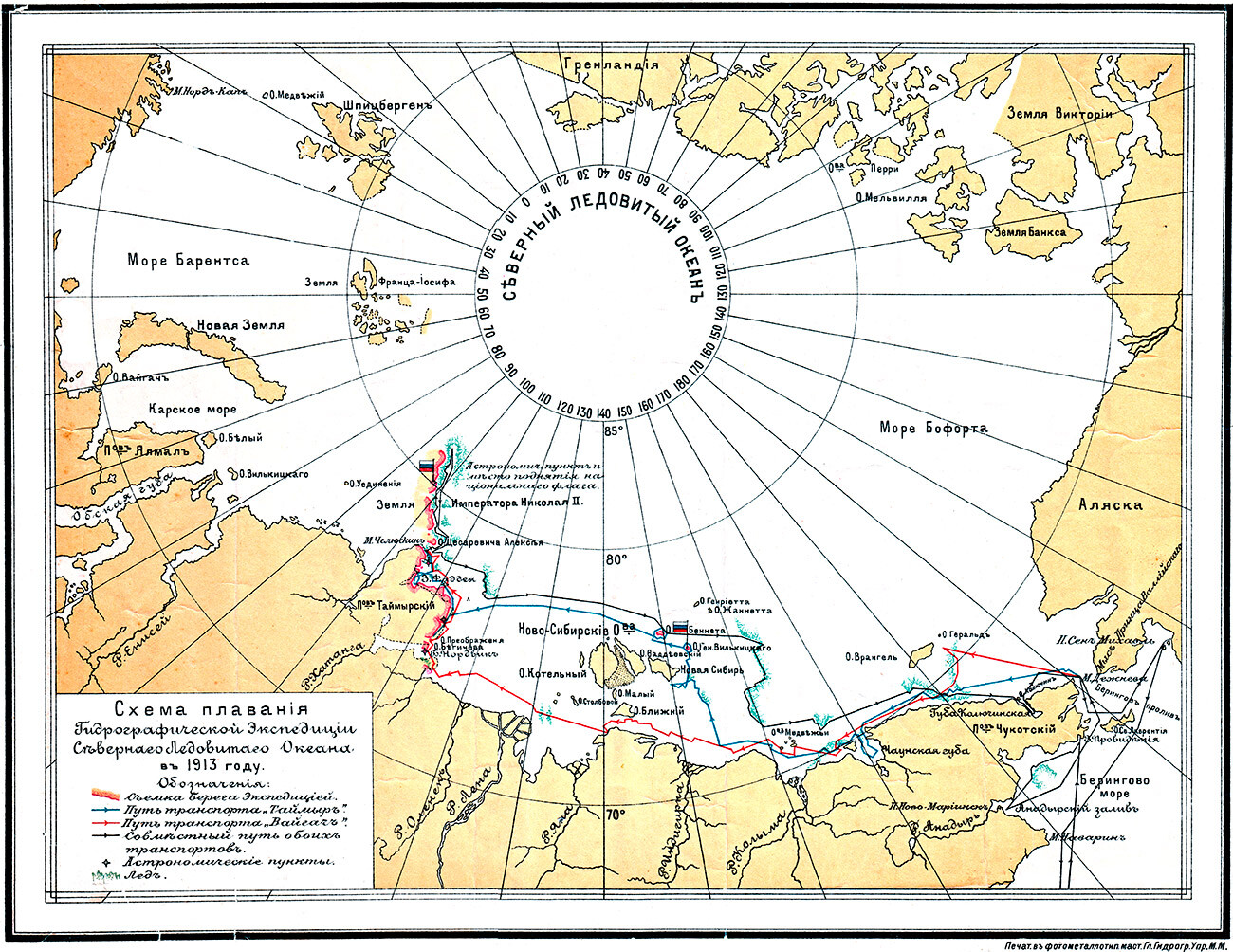 The route of the voyage of the Hydrographic Expedition of the Arctic Ocean in 1913.

The expedition explored the west coast of the Laptev Sea and aimed to move further to the west, but the route was blocked by thick solid ice. Looking for a clear passage, the head of the expedition ordered the ships to move up north.

Soon enough, the crew saw a strip of previously unknown land. This is when the crew first set eyes on the archipelago that would come to be known as the ‘Severnaya Zemlya’ (‘Northern Land’). This discovery would be dubbed “the last great geographical discovery in Russia”. 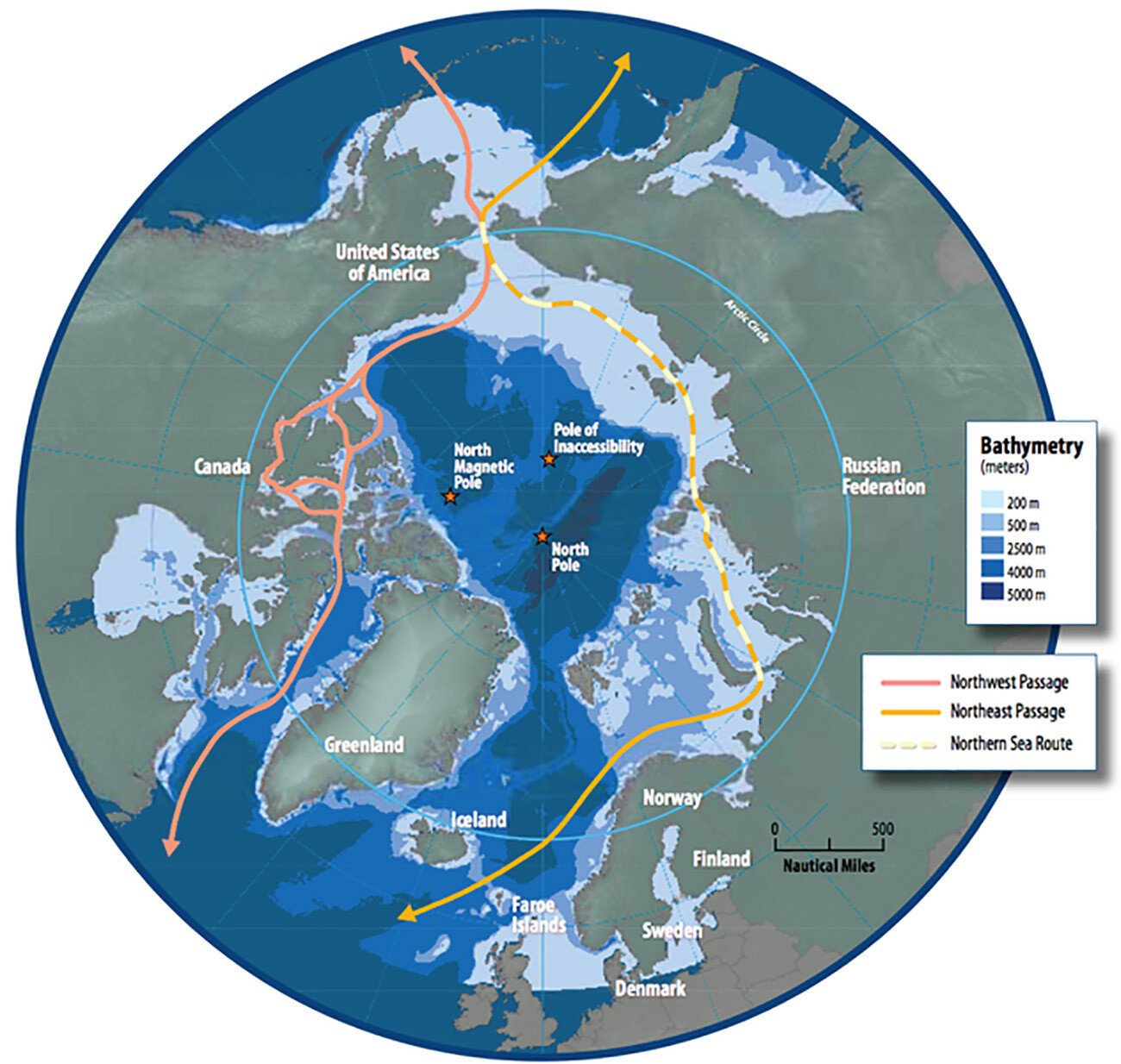 Map of the Arctic region showing the shipping lanes of the Northeast Passage, the Northern Sea Route, and the Northwest Passage.

The explorers raised a Russian flag over the unwelcoming Arctic islands. Soon thereafter, the archipelago appeared for the first time on maps as ‘Emperor Nicholas II Land’. 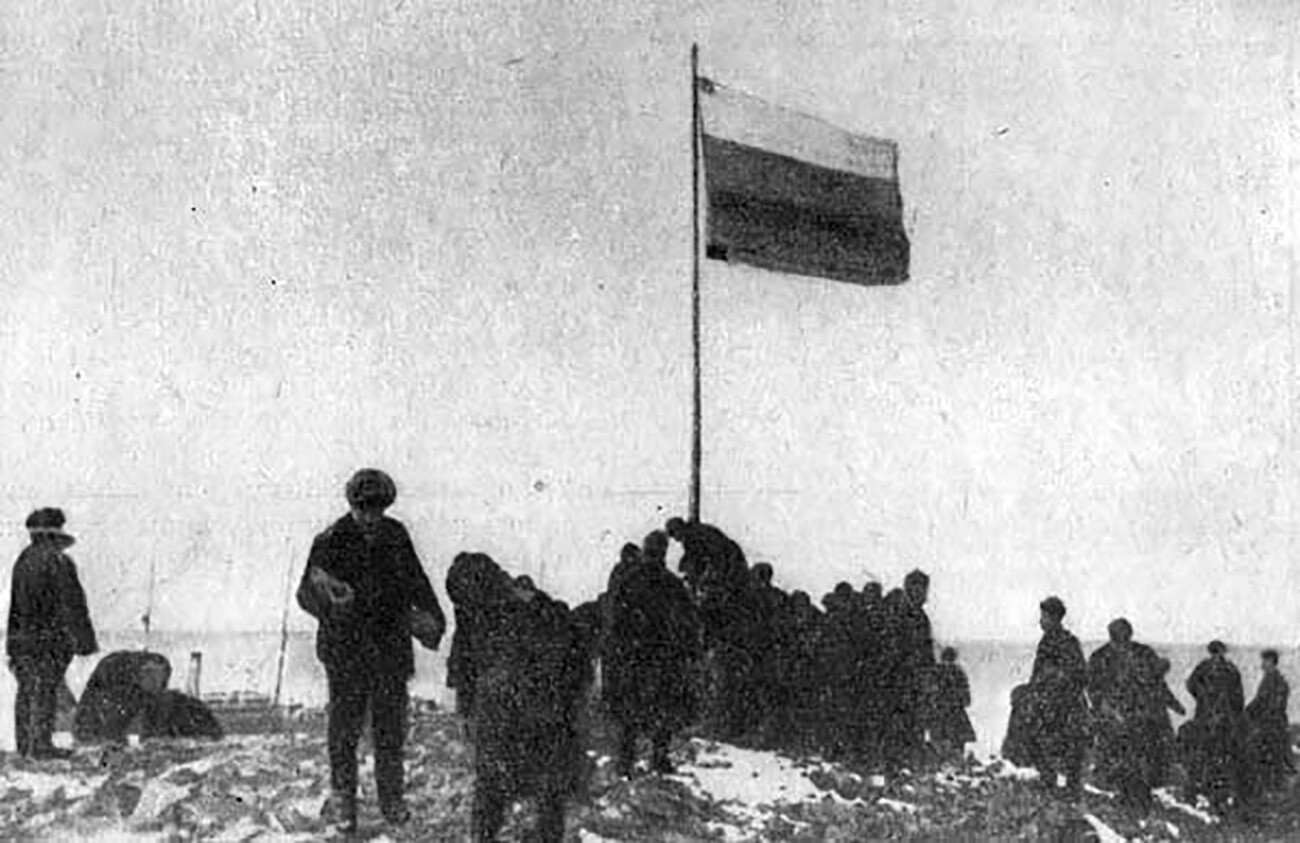 Boris Vilkitsky and his crew plant the Russian flag at Berg Cape (80°1'31" N 99°21'39" E), Severnaya Zemlya. Back then it was believed that Severnaya Zemlya was one island.

When the Bolsheviks came to power in Russia, they renamed the archipelago the ‘Severnaya Zemlya’.

Boris Vilkitsky, head of the expedition, was a dedicated monarchist. He fled Russia after the Russian Revolution and argued against politically-motivated renaming of the archipelago he had discovered. 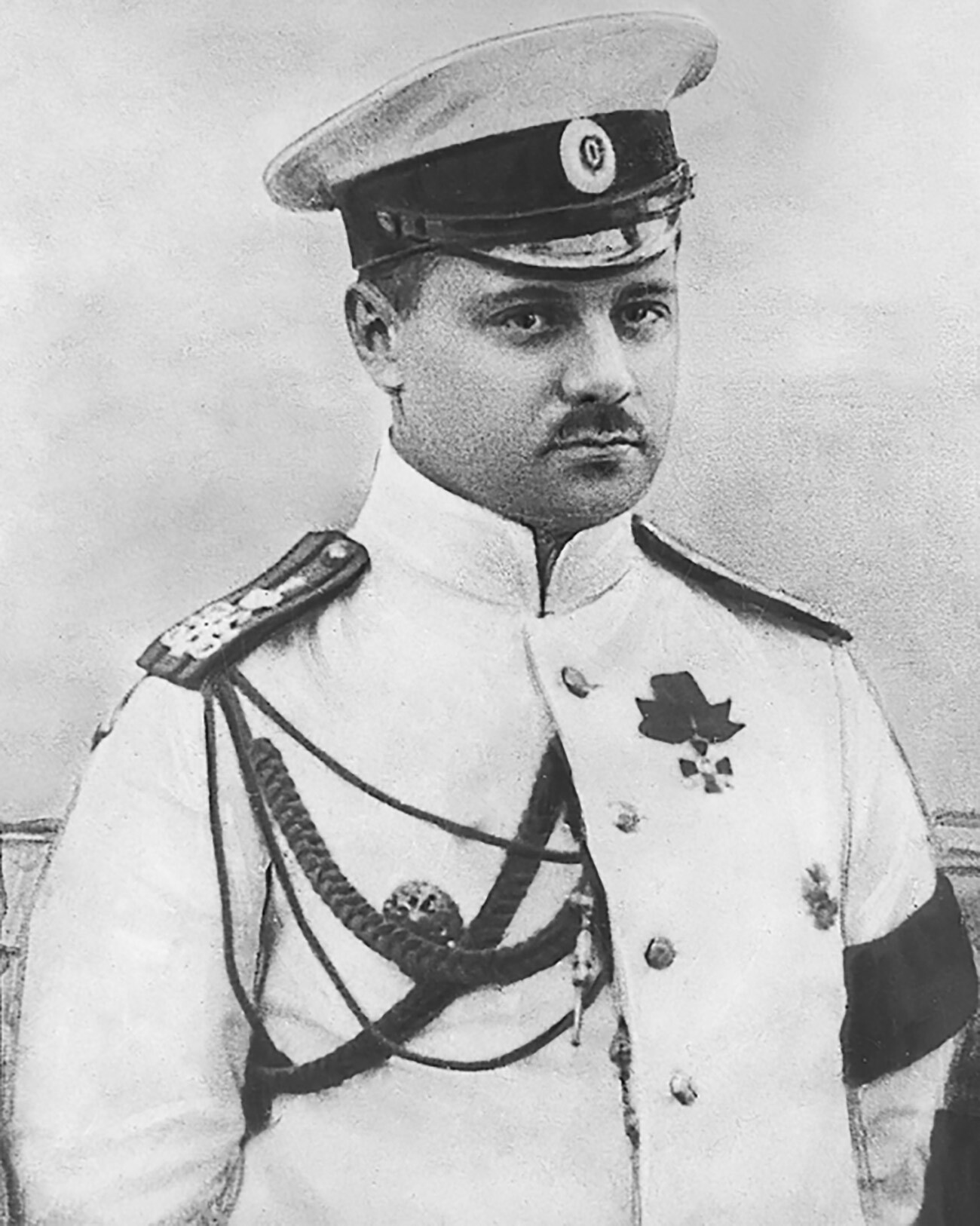 “Years will pass, the horrors of the Revolution and of the Civil War will be forgotten, the years of Soviet slavery will fade into history; the names, scattered throughout the vast expanse of Russia, will disappear, as did the streets and factories named after Trotsky; Leningrad will recover the name of Peter the Great, as will other cities recover their historical names; the land will again recover the names of the late Tsar and Tsesarevich, names which belong to them by right of history,” wrote Vilkitsky from abroad.

However, the last great geographical discovery went down in history under its new name, the ‘Severnaya Zemlya’.

Click here to read about a crazy project which would have allowed people to travel from Russia to the U.S. by CAR.