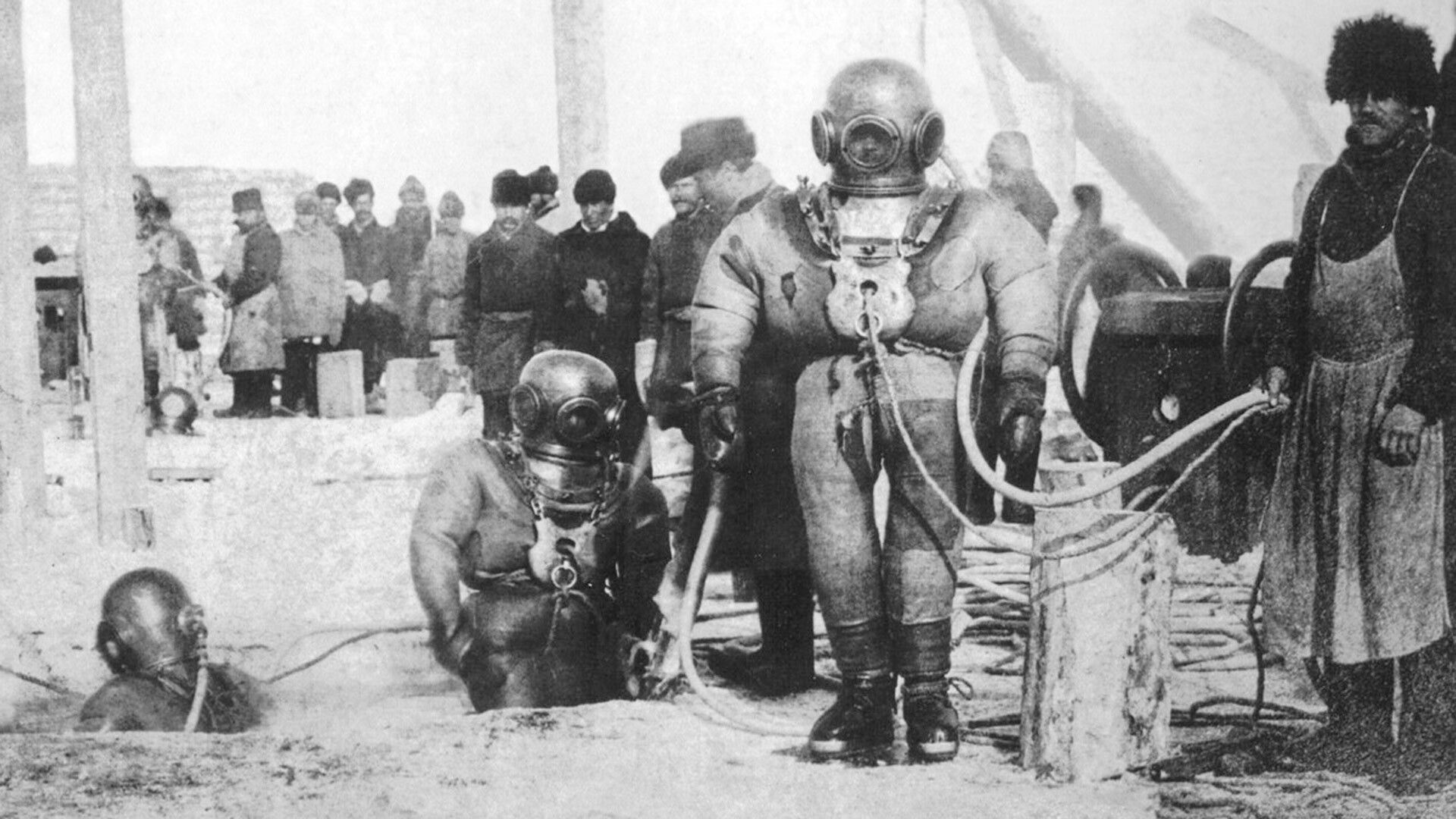 Public Domain
Foreigners were amazed by the excellent quality of Russian underwater equipment and gear, as well as the high level of training of Russian divers themselves.

The first diving school in the Russian Empire was established on May 5, 1882, by decree of Emperor Alexander III in the city of Kronstadt on Kotlin Island in the Gulf of Finland. It was to train “experienced divers officers and lower ranks for ship operations and underwater mine work”.

Divers served on warships of the Russian Navy before - they were recruited among sailors who could swim well. But, the number of such specialists was very limited and the level of training left much to be desired. 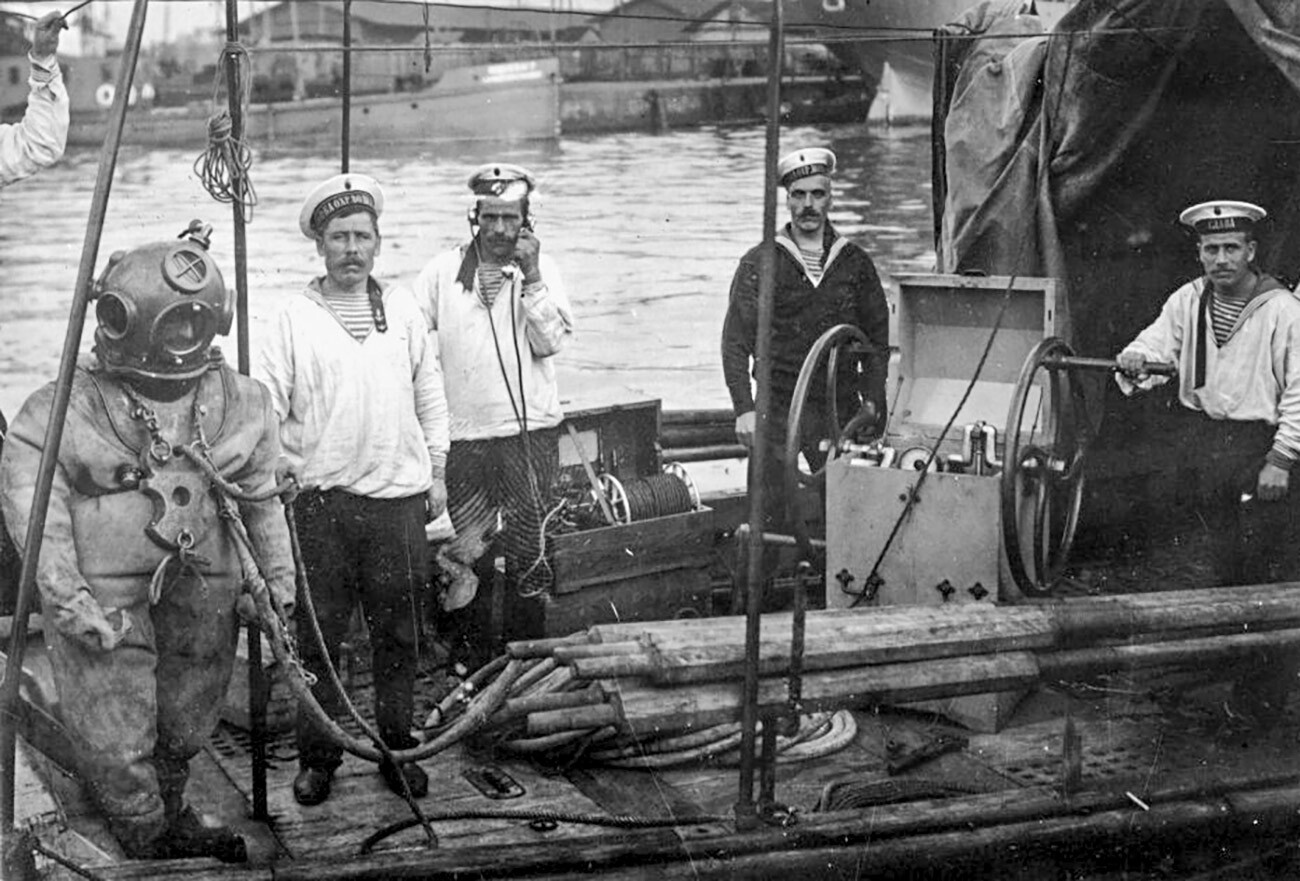 So, Russia decided it was time to get a whole squad of professionals capable of quickly retrieving artillery pieces from a sunken ship or effectively demining a waterway.

Only hardy sailors under 26 years of age with a strong, well-developed chest, healthy lungs and heart were admitted to the school. Phlegmatics and cholerics, short-necked men and drinkers were barred from the school. “A diver who wishes to practice his trade harmlessly and successfully must lead a correct way of life: why the habitual drunkard should be excluded from the lists of divers,” said the ‘Diving Service Rules’. 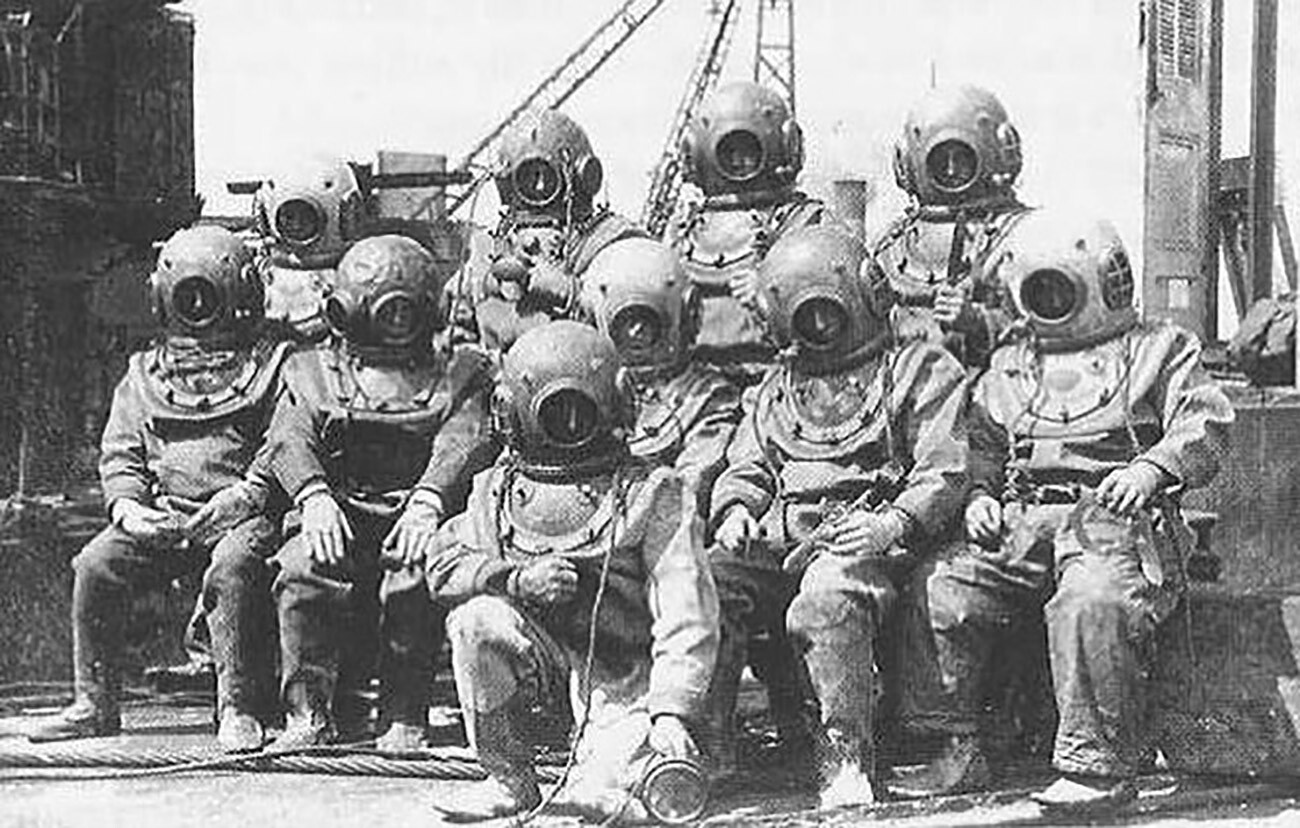 The training course was for 12 months, during which officers learned how to competently inspect wrecks, make schematic drawings of them and make plans for lifting them up. The lower ranks were primarily trained to effectively conduct underwater rigging.

The cadets were familiarized with the structure of underwater equipment and gear and studied how they should behave underwater to minimize threats to their health and lives. Moral and psychological training at the school was so high that its teachers were often consulted by leading civilian and military experts in pedagogy and psychology.

The best of the best 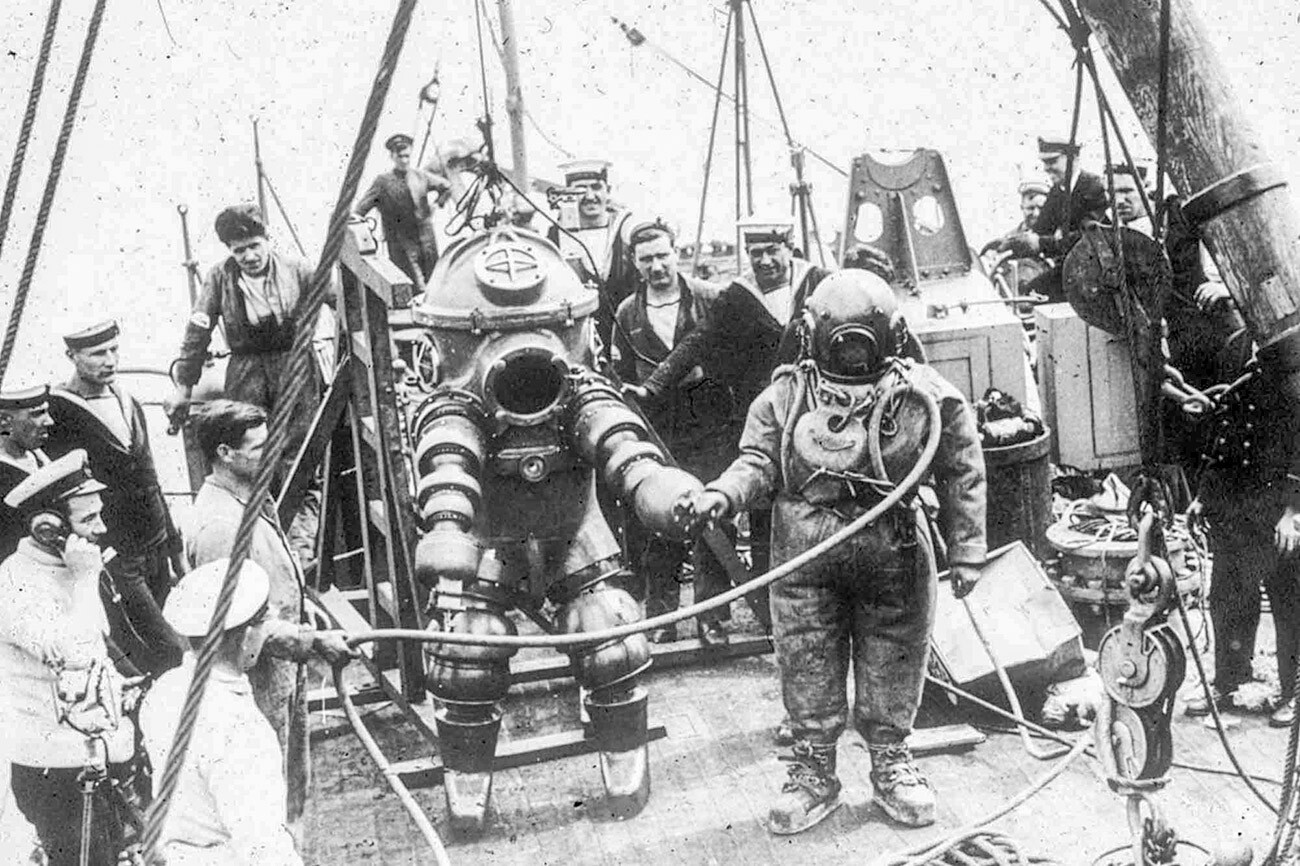 The diving school was not limited to teaching. It became a kind of research center, where all aspects of diving were thoroughly studied and the developments appeared which were not inferior and often superior to foreign analogues: Kolbasiev’s diving pump, Shultz’s underwater mine detector, Yesipov and Rodionov’s photo camera for underwater shooting and many others.

The diving school, which became widely known abroad, took part in several industrial exhibitions in the U.S. and France. There, its inventions were awarded with honorary diplomas, as well as bronze and silver medals. 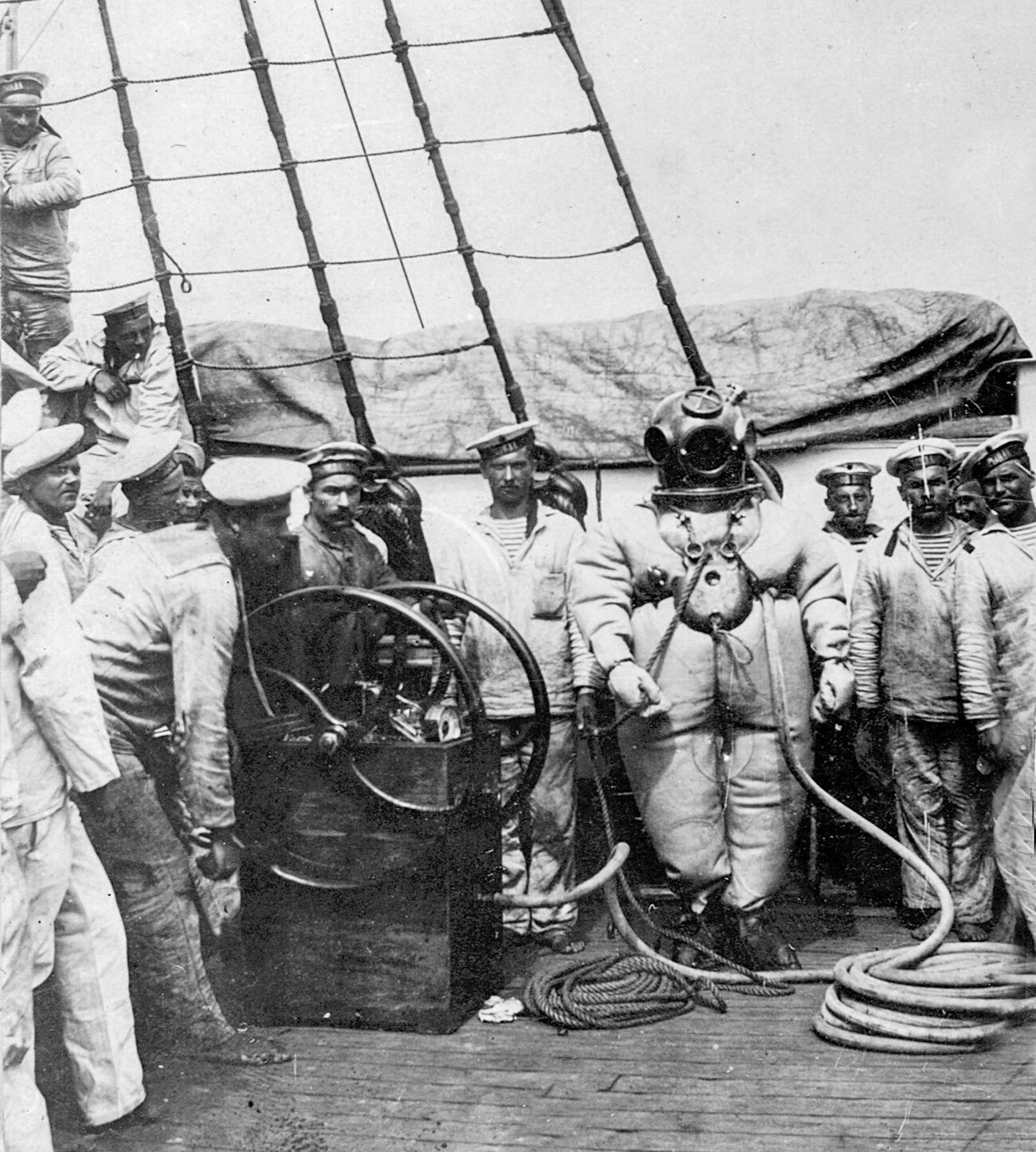 Foreigners were amazed by Russian divers themselves. They could work 3 to 4 hours daily underwater without any complaints of feeling unwell, while their colleagues often complained of dizziness, earache and vomiting.

In 1909, graduates of the school from a depth of 58 meters successfully raised the hull of the submarine ‘Kambala’, which sank near Sevastopol after colliding with the battleship ‘Rostislav’. It was a true feat, since the depth of lifting ships at that time in the world did not exceed 30 meters. 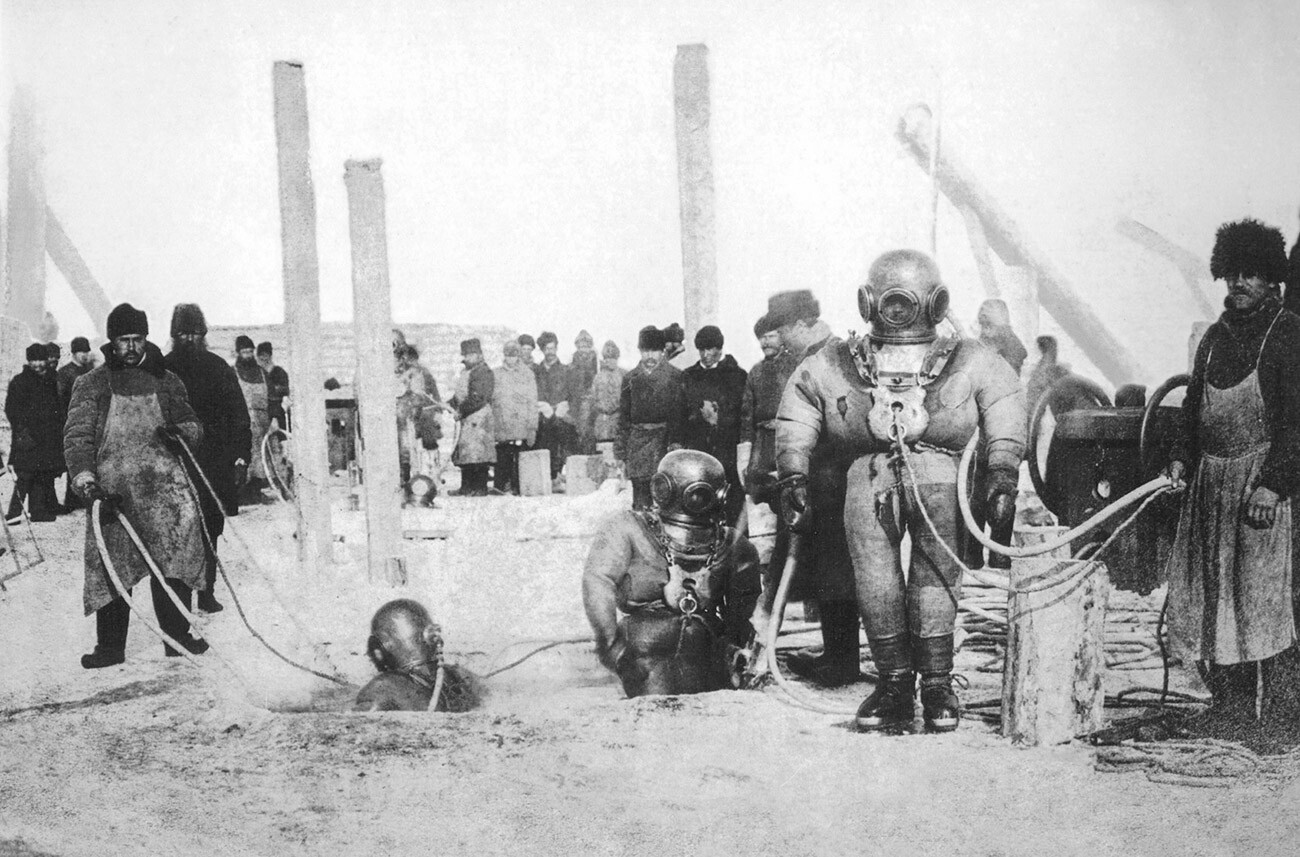 Up to the collapse of the Russian Empire in 1917, the diving school trained over 2,500 specialists, many of whom took part and died in the hard wars against Japan and Germany. After the revolution, it was transferred to Crimea and renamed ‘Balaklava Naval Diving School’. The famous educational institution continued to train underwater professionals, now for the Soviet Navy.