The story of H. G. Wells’ Russian lover, who was suspected of being a double agent 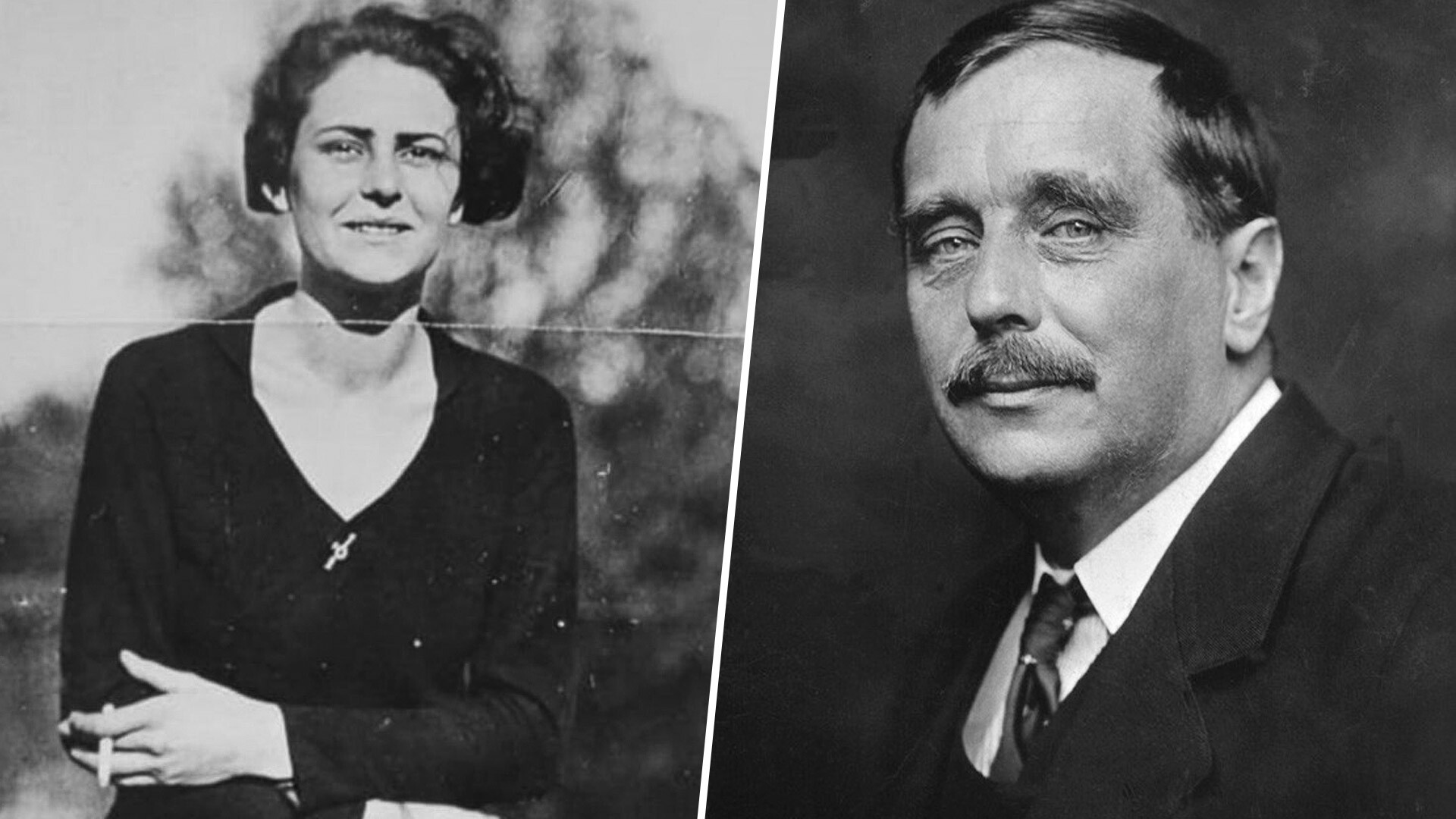 National Museum of the Republic Tatarstan; George Charles Beresford
Baroness Budberg was arguably one of the most enigmatic secret agents of the 20th century. It remains unclear to this day, however, whether she had any involvement at all with the special services.

She was called the ‘Iron Woman’ and the ‘Red Mata Hari’ and was suspected of working for two intelligence agencies at once: both Soviet and British. The life of the daughter of a provincial landowner, Maria (Moura) Zakrevskaya - who became Baroness Budberg by marriage - is shrouded in so many myths and conjectures, that it is very hard to discern which of them are true.

Maria Budberg was a real femme fatale: She had two marriages and countless affairs, both long-term and fleeting, including one with famous writer Herbert George Wells. 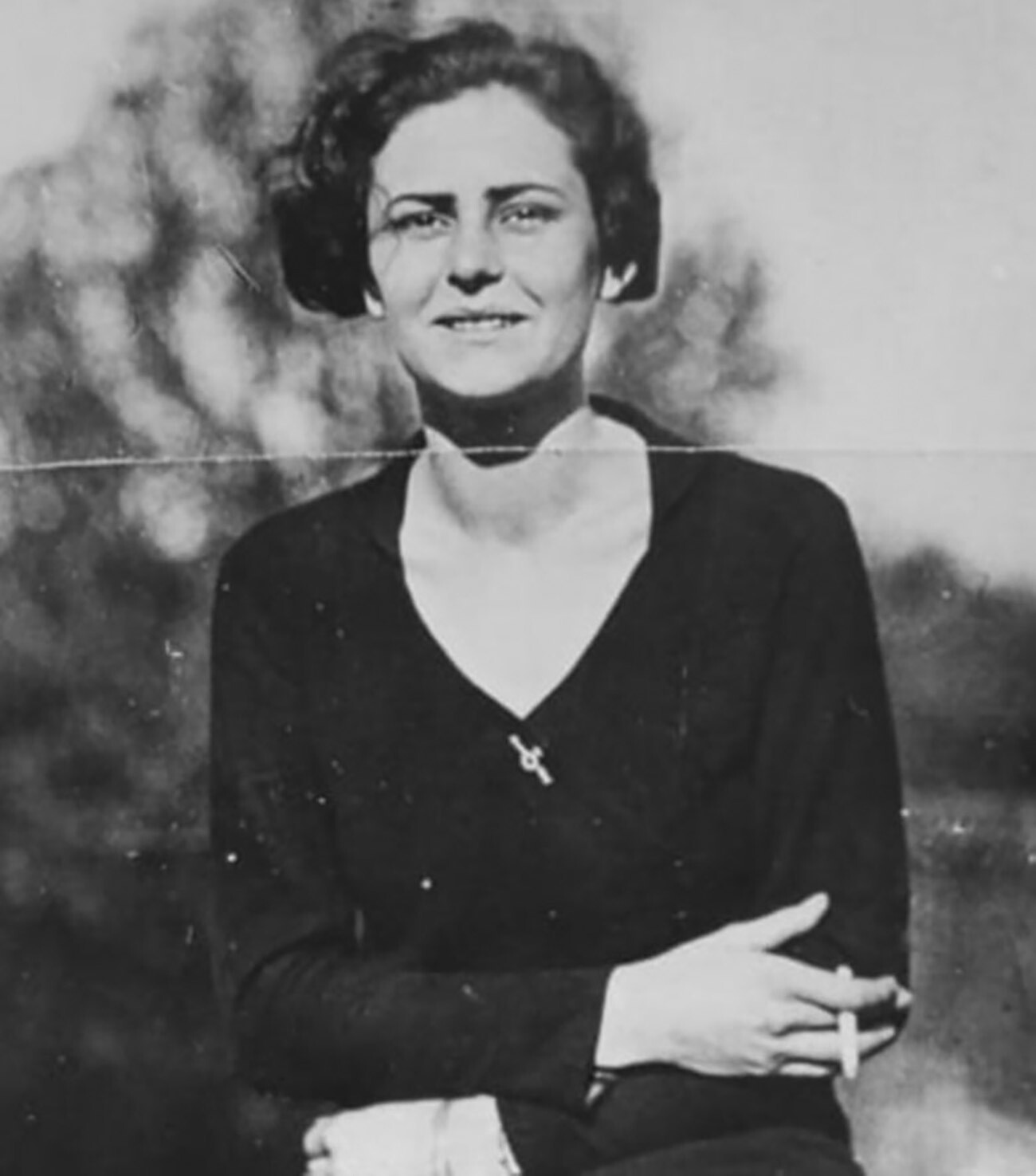 National Museum of the Republic Tatarstan

At the same time, it was difficult to call Maria a beauty. “She is certainly untidy, her forehead is furrowed with disturbing wrinkles [and] her nose is broken. She eats very quickly, swallowing huge chunks, drinks a lot of vodka and she has a rude, muffled voice, probably because she is a heavy smoker,” is how the author of ‘The War of the Worlds’ and ‘The Invisible Man’ described the Baroness.

“However, whenever I saw her next to other women, she definitely turned out to be both more attractive and more interesting than the rest,” the author added. Budberg was very alluring and seductive, qualities that ensured her an army of admirers. And one of them drew the Baroness into the world of espionage and secrets.

In the secret service? 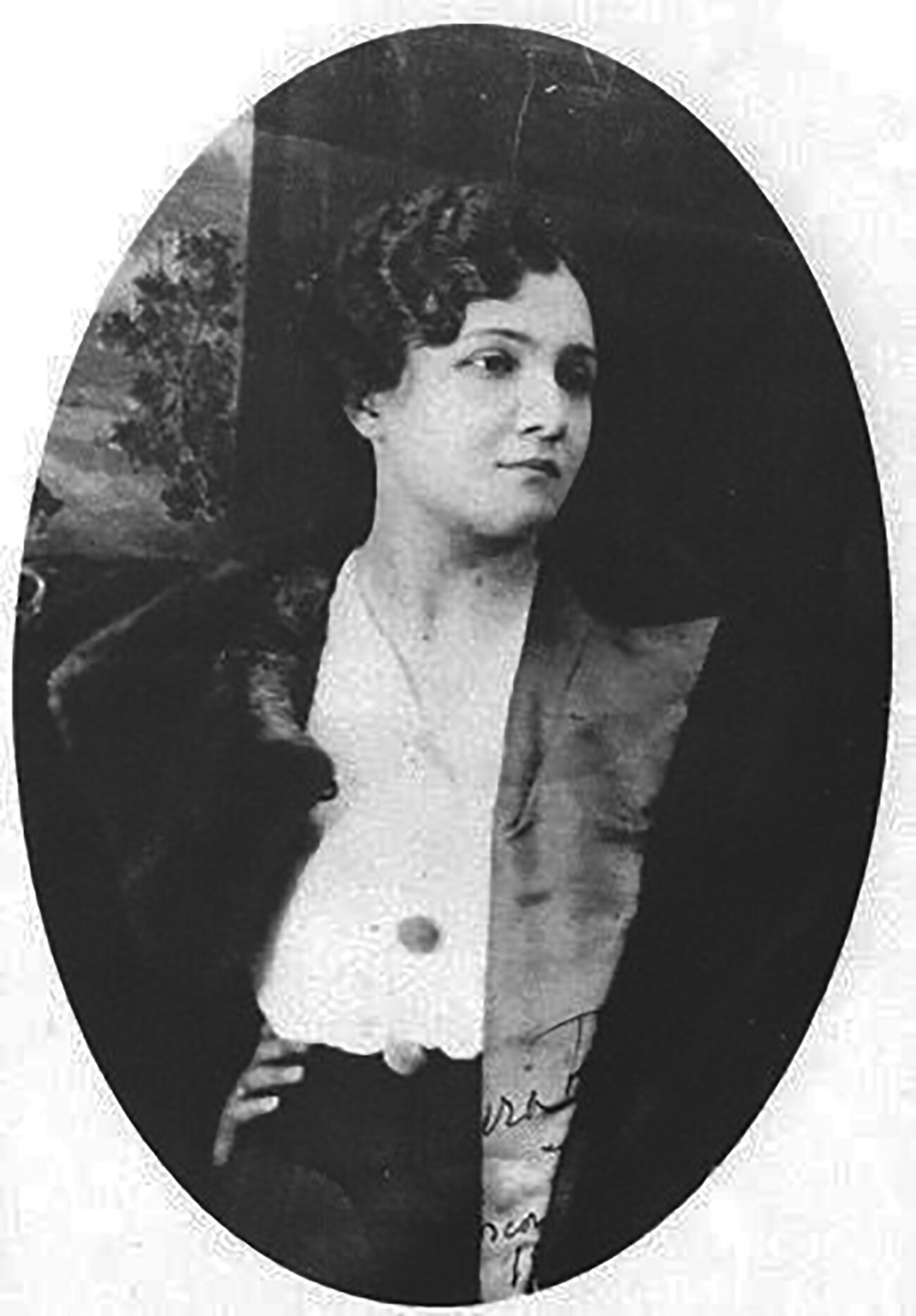 In August 1918, Budberg was arrested in Moscow, along with the head of the special British mission to Soviet Russia, Sir Bruce Lockhart, who was her lover at the time. The diplomat was suspected of involvement in a conspiracy by Western ambassadors to overthrow the Bolsheviks. Some time later, he was released and expelled from the country.

Maria Budberg, in turn, was accused of spying for Britain. Nevertheless, she, too, was soon released, supposedly after agreeing to work for the Soviet secret service. 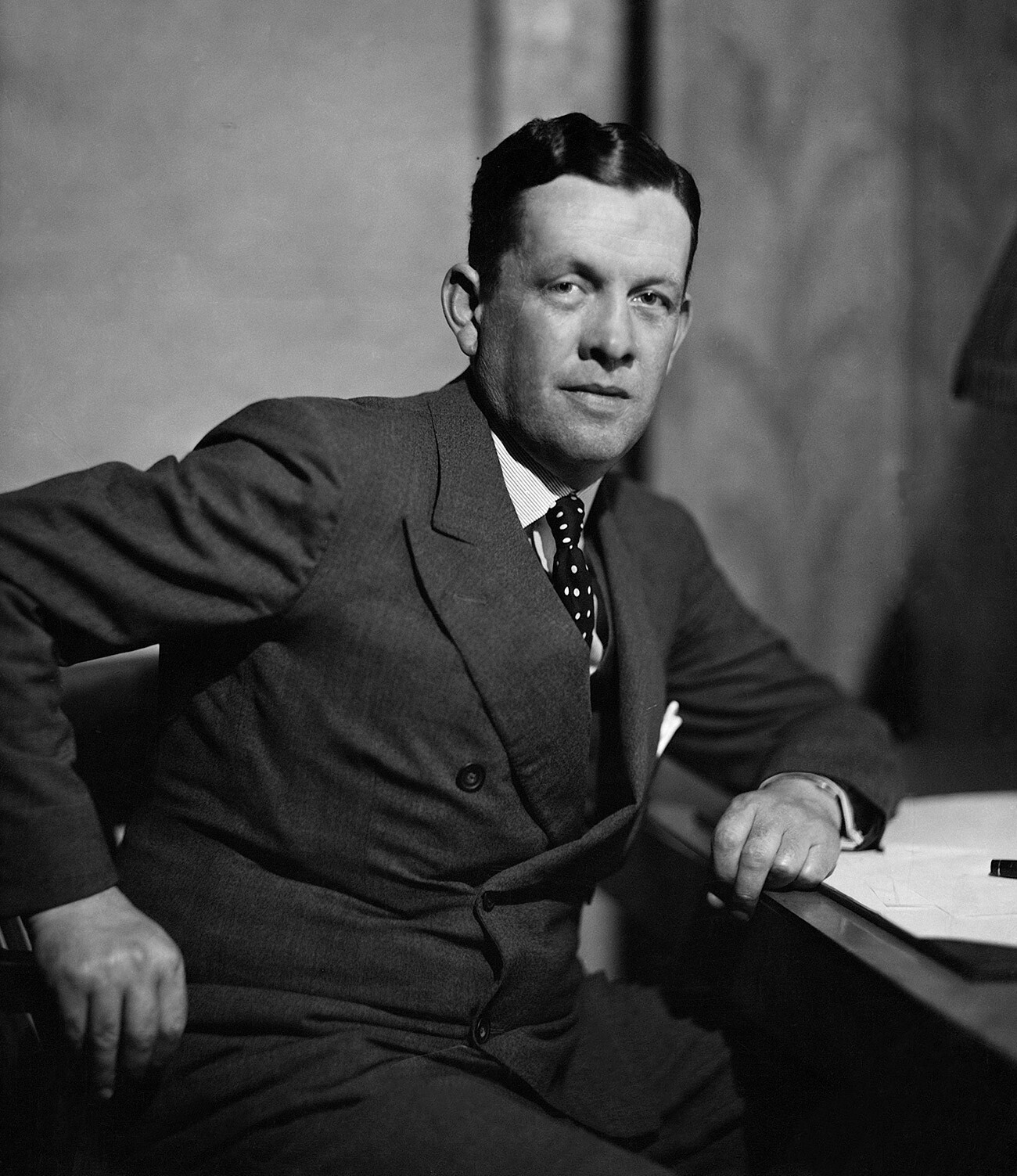 The next period in the Baroness’s life is linked to famous Soviet writer Maxim Gorky, to whom she was initially assistant and then effectively his common-law wife and, according to some accounts, his appointed minder. Living with the Soviet literary genius did not prevent Budberg from embarking on an affair with H. G. Wells, who at one time stayed as a guest in their house. She told a jealous Gorky: “Even for the most amorous woman, two famous writers at the same time is too much!”

Gorky lived with his mistress both in the USSR and in Italy, until he finally returned home in 1933. Maria, who had decided to stay in the West, ended up with part of his extensive archive, which contained correspondence with people unhappy with the way things were going in the Soviet Union. 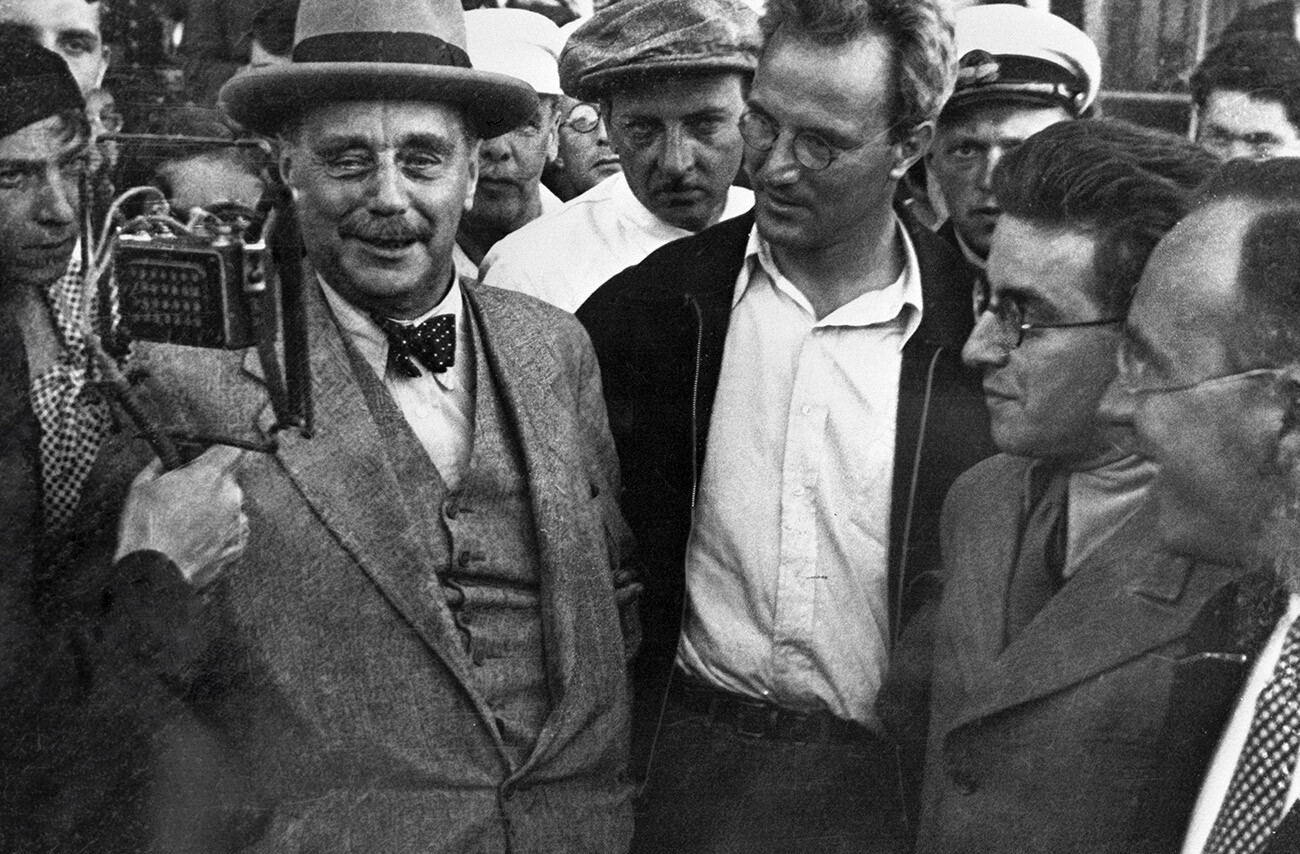 Herbert Wells in the Soviet Union.

The subsequent fate of the archive, which would have been so valuable to the Soviet special services, remains murky. According to diplomat Vladimir Karyagin, she took it to Tallinn, where it disappeared in World War II. And the Baroness’ friend, Nina Berberova, believed: “Moura found ways of transferring the archive to the USSR.”

Alone again, Maria Budberg found Lockhart in Vienna and resumed close relations with him. In 1934, the couple together attended the premiere of the movie ‘British Agent’, a screen adaptation of the novel he had written about the portentous events in Moscow in 1918. Lockhart himself noted that he had obtained a lot of valuable secret information at that time regarding the Soviet Union from his long-standing lover. 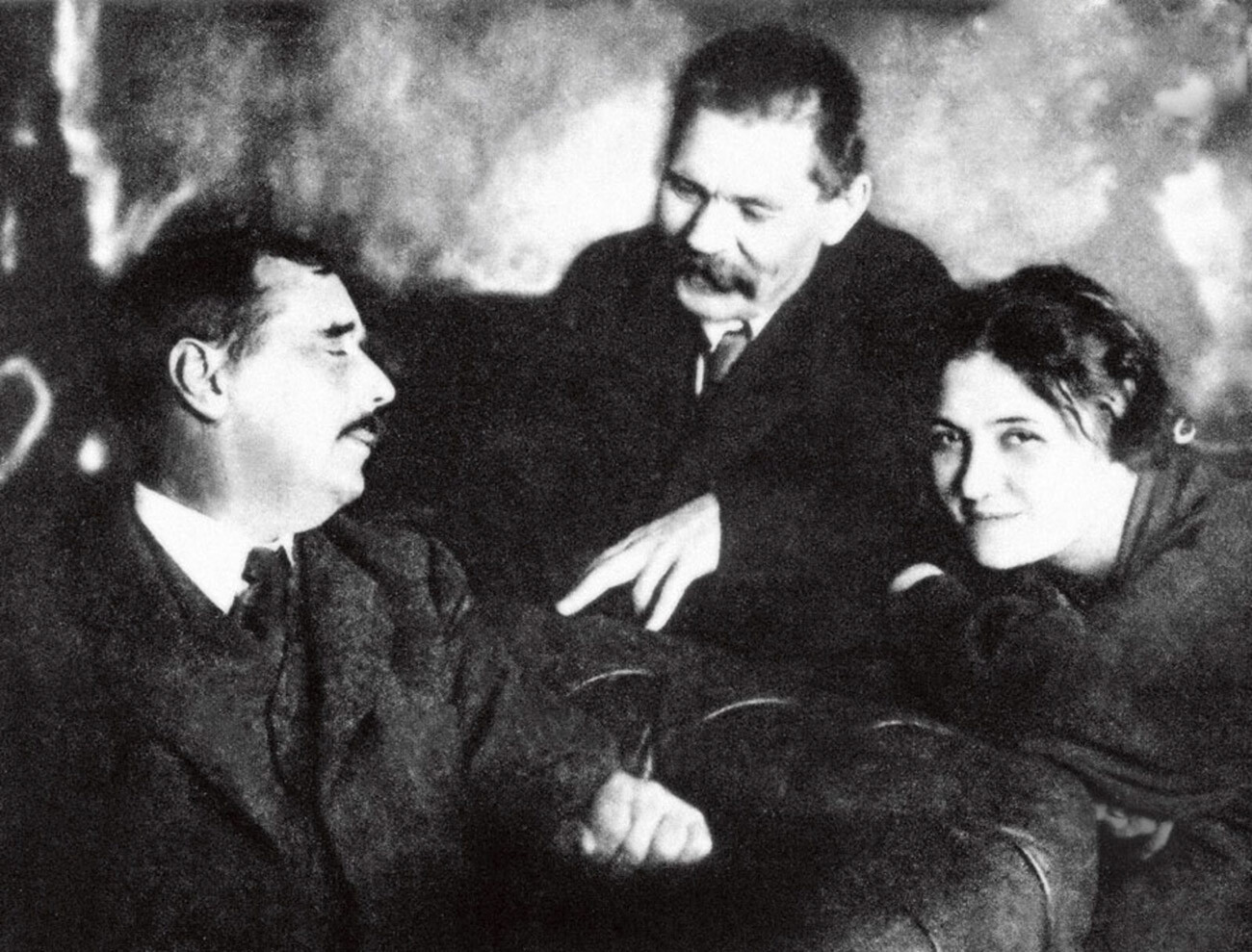 Budberg had only one more meeting with Gorky - on June 18, 1936. Suffering from a serious illness, he invited his former mistress to visit him. According to one account, the Baroness had instructions to poison the writer, whose relations with Stalin had deteriorated considerably by that time.

After Maria’s brief visit, Gorky, who had been on the mend, died suddenly. The glass the Baroness gave him to swallow his tablets with disappeared without trace. There is no evidence pointing the blame at Budberg, however.

The Baroness spent her subsequent years in London, making her home not far from the ever-infatuated H.G. Wells. The writer left her 100,000 dollars in his will, which guaranteed her a comfortable old age. 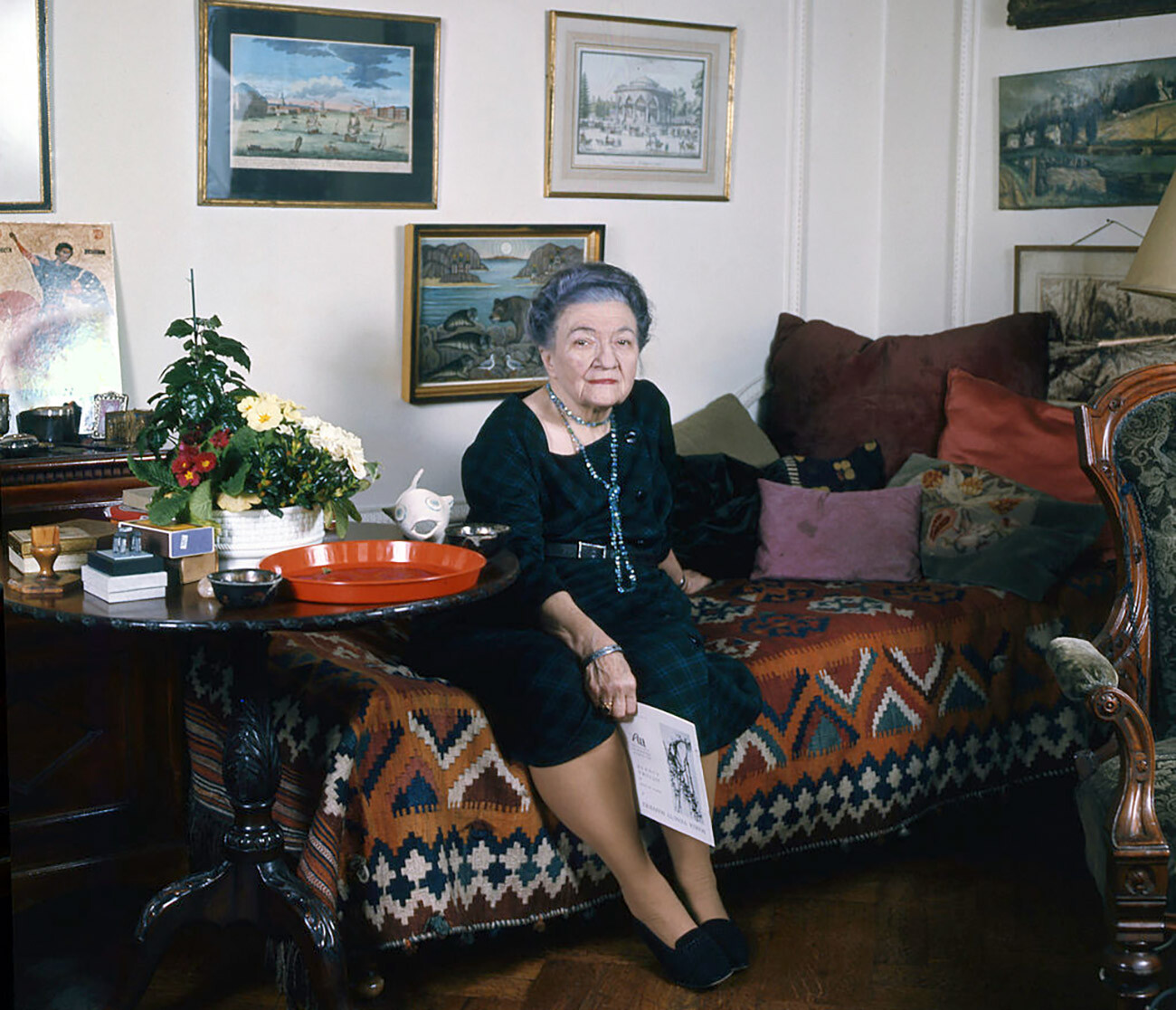 In the early 1950s, the Baroness attracted the interest of MI5, the British counter-intelligence service. After two Britons who were Soviet agents fled to Moscow, she began to be suspected of collaborating with the Soviet special services (one of the two, Guy Burgess, had been a frequent visitor at Maria’s house), but the matter went no further than her interrogation.

The question of whether Maria Budberg worked for Soviet intelligence, British intelligence or both remains unanswered to this day. Shortly before her death in 1974, the Baroness’ entire personal archive was mysteriously destroyed in a fire.

It is quite probable that the celebrated agent might have had nothing to do with the special services. As Nina Berberova noted: “If she needed anything, it was only her own self-created legend, which she spent her life cultivating.”