3 CONSPIRACY THEORIES about the U.S. fueled by KGB 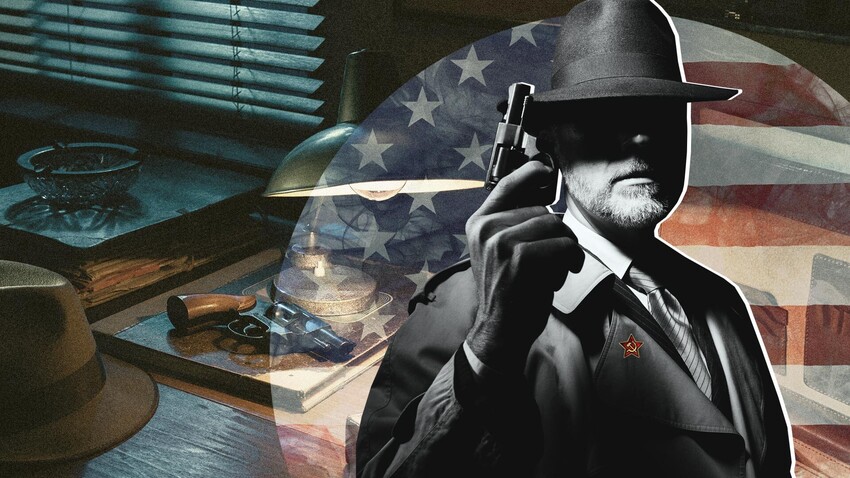 Kira Lisitskaya (Photo: Legion Media)
During the Cold War, disinformation was a deadly weapon that helped advance the USSR's interests.

1. AIDS was a Pentagon invention 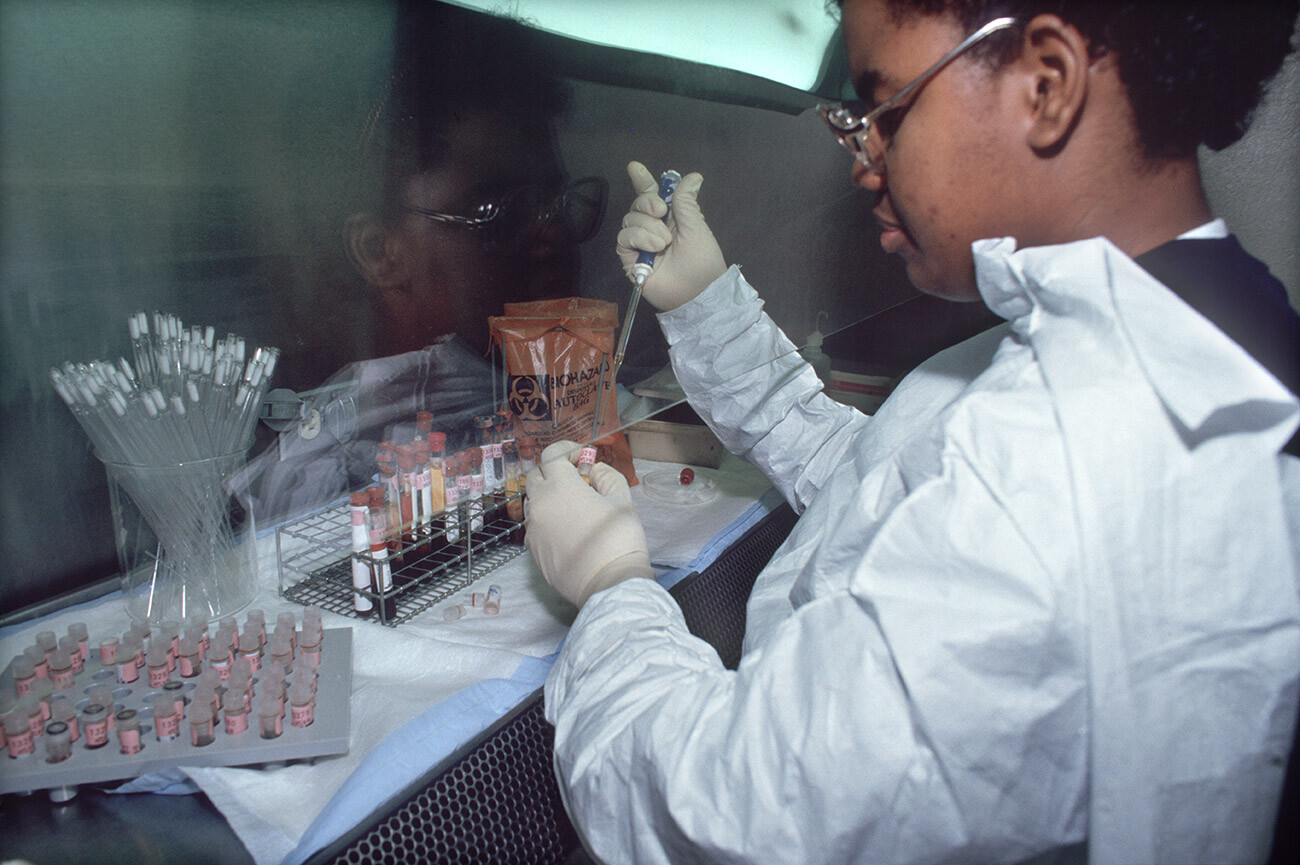 Before the news hit the U.S. audience, it had already undermined American interests around the globe. As it later turned out, the KGB was behind this well-orchestrated misinformation campaign.

Throughout the Cold War, the Soviet secret police had been preoccupied with hurting the USSR’s archenemy, the U.S., and winning over as many of the Third World countries as possible, in the meantime.

Department ‘A’ within the Second main Directorate of the KGB – generally responsible for counterintelligence – was tasked with shaping perceptions of individuals and groups hostile to Soviet interests by means of clandestine initiatives and campaigns to influence foreign governments and public opinion abroad.

At first, the KGB planted a story in a local newspaper published in New Delhi, India and, from there, it snowballed. Picked up by various newspapers all over the world, it eventually reached American national TV. The story transformed, as it has been republished multiple times, but the crux of it remained the same: AIDS was man-made, the U.S. military invented it and the disease mostly affected marginalized communities inside the U.S. and abroad. 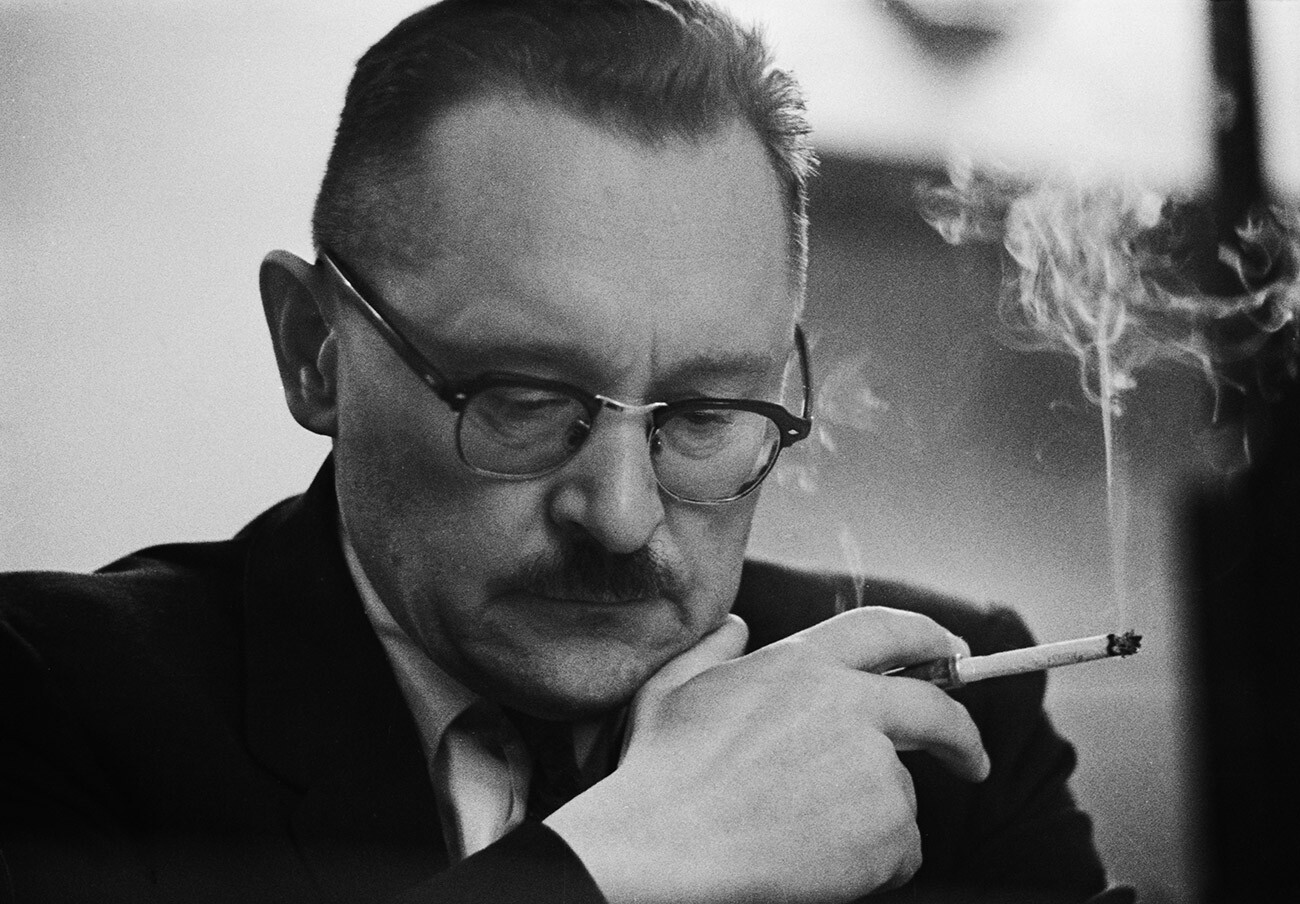 Victor Mikhailovich Zhdanov, Director of the D.I. Ivanovsky Institute of Virology of the USSR Academy of Medical Sciences.

Although prominent Soviet virologist Viktor M. Zhdanov publicly rebuked the allegations, the damage to American interests had been done. The fabricated story undermined prospects of extending lease contracts for the bases and created other problems for the U.S. in countries like South Korea, Nicaragua, Panama, Turkey, Kenya, Zaire and others.

“Once the AIDS conspiracy theory was lodged in the global subconscious, it became a pandemic in its own right. Like any good story, it traveled mostly by word of mouth, especially within the most affected subgroups. Having effectively harnessed the dynamics of rumors and conspiracy theories, Soviet bloc intelligence had created a monster that has outlived its creators,” wrote historian Thomas Boghardt of the secret Soviet operation. 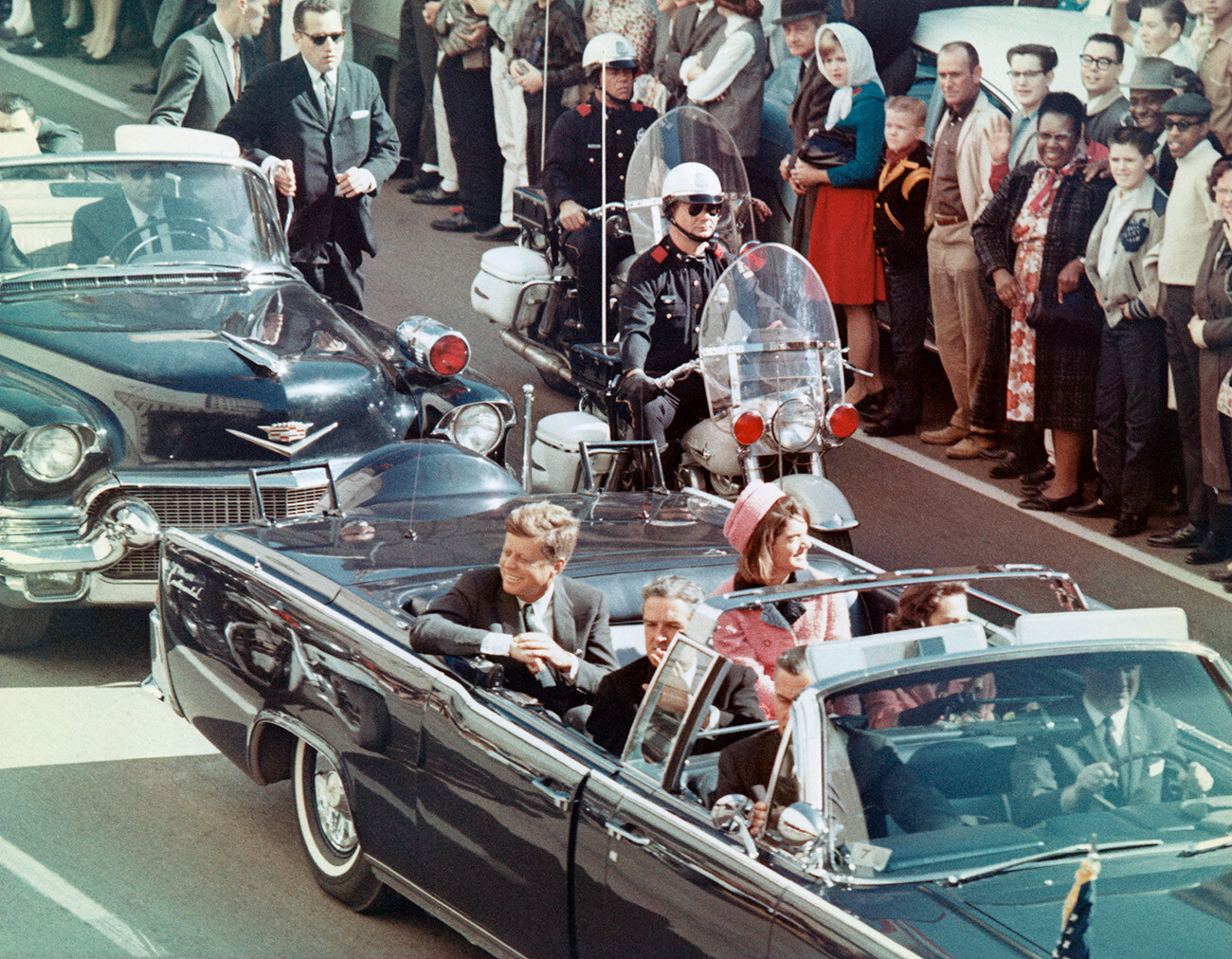 President and Mrs. John F. Kennedy smile at the crowds lining their motorcade route in Dallas, Texas, on November 22, 1963. Minutes later the President was assassinated as his car passed through Dealey Plaza.

Two years after the Warren Commission, established by Lyndon Johnson to investigate the assassination of John Kennedy, concluded that the fatal shot that killed JFK had been fired by Lee Harvey Oswald, an unanticipated twist happened.

District attorney from New Orlean Jim Harrison opened his own investigation into the assassination of President Kennedy. Shockingly for everyone, the attorney arrested American businessman Clay Show and charged him with masterminding a plot that culminated in President Kennedy’s death.

The new twist in the crime of the century promised to wreak havoc in the U.S. What made it worse was that Clay Show’s ties to the CIA were revealed in the course of the investigation. Apparently, Show was listed in the CIA database as a source for the agency’s Domestic Contact Service, a unit responsible for seeking contact with American citizens who traveled abroad and were in a position to acquire significant foreign intelligence as a routine matter. Jim Harrison’s investigation suggested a possibility of a domestic conspiracy to assassinate Kennedy.

At the time of the arrest, Italian leftist newspaper ‘Paese Sera’ ran an article that put the CIA-Show association in perspective. The publication claimed that Clay Show was not an ordinary international businessman. Instead, the publication suggested, his business activity was a cover for his true identity: a CIA spy. The press accused Show of involvement in pseudo-commercial activities via the Centro Mondiale Commerciale, a trade-promotion group that was allegedly a CIA creature set up for covert operations and political-espionage activities in Italy. 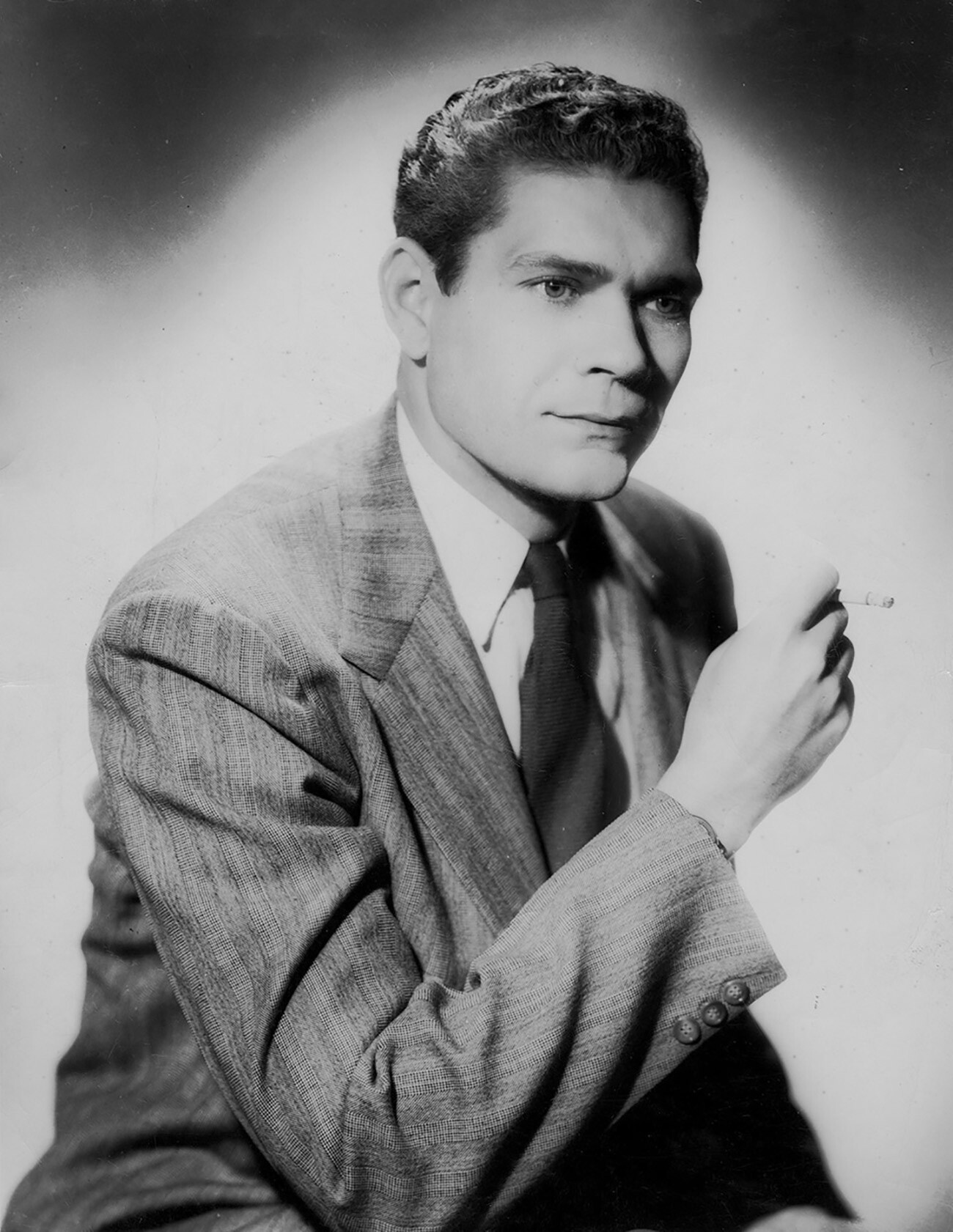 Clay Shaw was acquitted by the jury after less than an hour of deliberation.

The allegations were reprinted in other left-wing publications, including the USSR’s ‘Pravda’ newspaper, eventually causing a media firestorm in the U.S.

According to the diary of ‘LIFE’ editor Richard Billings, who worked closely with the DA Jim Harrison in the early stages of the investigation, the ‘Paese Sera’ article and its reprints assured Harrison that his theory was right and made him dig further into the Shaw-CIA connection despite the opposition of his top aides.

Subsequently, the KGBmoved on to fund the publication of books that hinted that JFK fell victim to a right-wing conspiracy. Although Clay Show was acquitted by a jury, the man’s connection to the CIA sank into the subconscious of many Americans fuelling one of the most popular conspiracy theories of the 20th century. 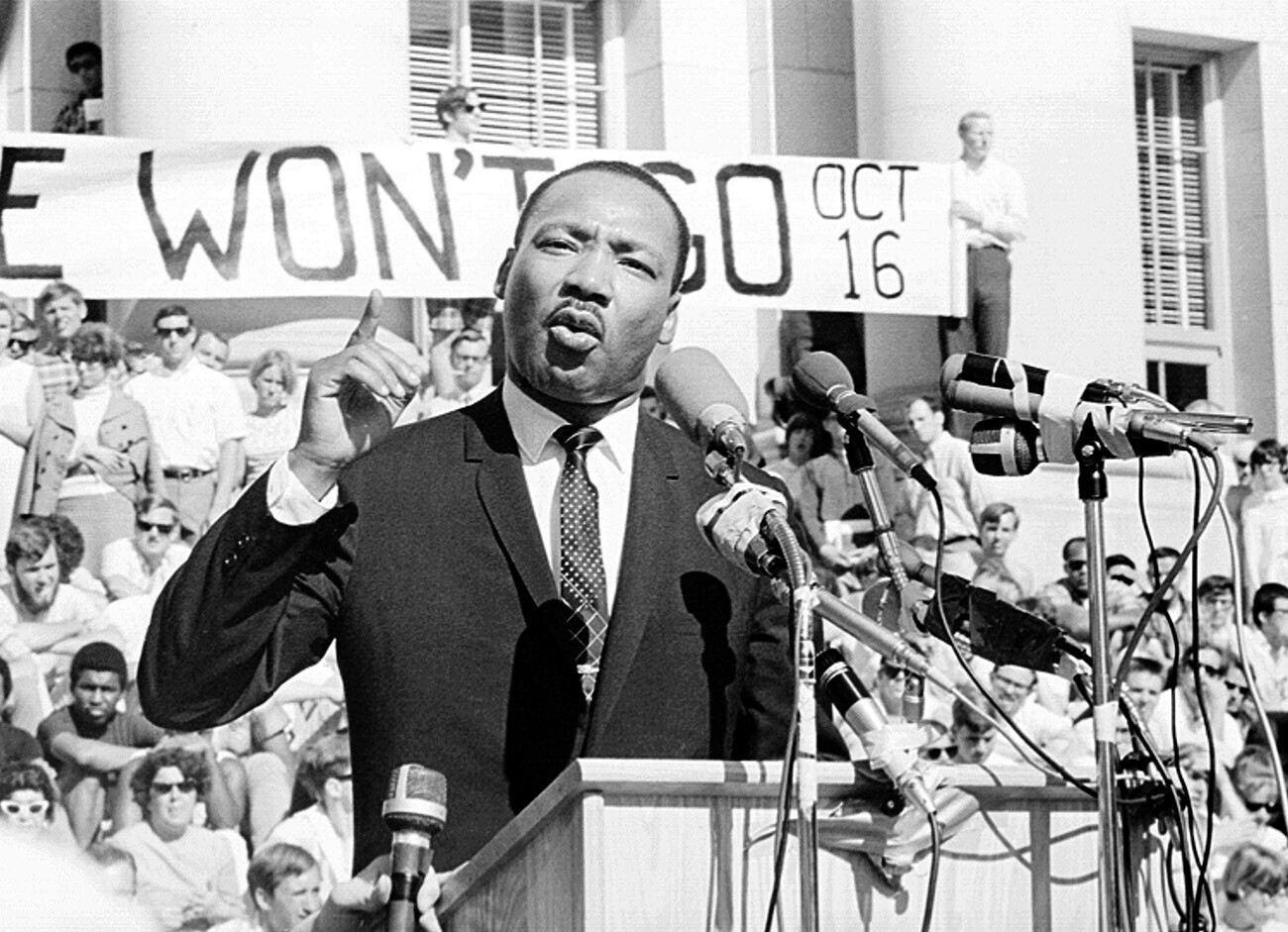 When the phenomenon of Martin Luther King Jr. appeared, the Soviets initially planned to use it for their advantage. The plan was straightforward: to expose racial injustice in the U.S. and win over Third World countries in Africa and other parts of the world at the time when both superpowers were looking for allies and client-states to join their side of the Cold War struggle.

In this respect, the rise of Martin Luther King was a positive development for the KGB, as it saw his campaign to be well aligned with their own goals of exposing the worst traits of American imperialism and racial injustice lying at the heart of the capitalist bloc.

However, the KGB would soon become disenchanted with King’s repeated emphasis on the American dream and frustrated by his strategy characterized by nonviolence and civil disobedience.

Ironically, while the top ranks of the FBI were trying to frame King as an instrument of Soviet influence and a threat to American security, the KGB assigned their own agents to run a smear campaign against the leader of the American civil rights movement. 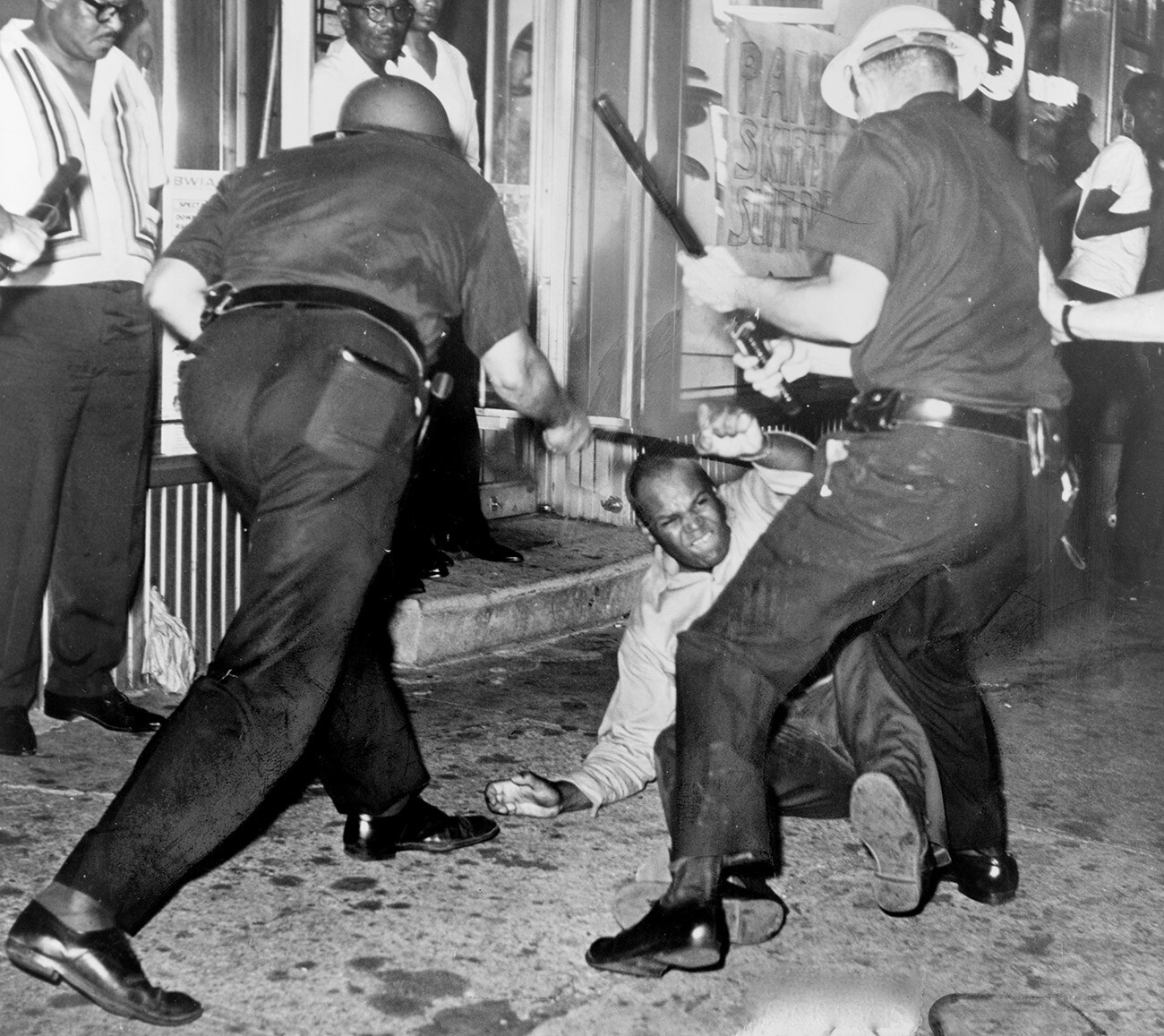 Incident at 133rd St. and Seventh Ave, as Harlem was torn by disorder.

KGB agent Yuri Modin arranged for a number of articles to appear in newspapers published across the African continent that portrayed King as an agent of American imperialism, who was secretly funded by the U.S. government, in order to tame and overshadow the true civil rights activists inside the U.S.

On top of that, the KGB authorized agents in the U.S. to expose “the brutal terrorist methods being used by the government to suppress the Negro rights movement”. Perhaps, the goal of the disinformation campaign was to stir a violent race struggle in the backyard of the USSR’s ideological enemy.

Click here to read a KGB manual on how to detect a foreign spy.