Why did the Soviets use a THERMONUCLEAR WEAPON to extinguish hellish-like fire? 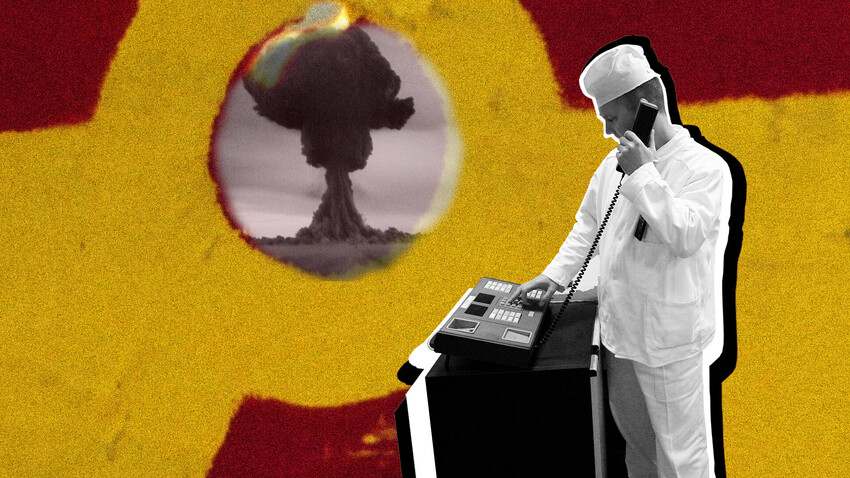 Kira Lisitskaya (Photo: Nazar Furyk, mr6/ZUMA Press/Global Look Press)
The destructive fire burned for nearly three years before it was put down in the most unusual of ways.

After the Soviets discovered huge reserves of natural gas in Uzbekistan, this part of the USSR became the main gas producing region in the country. But, things went wrong and one of its key gas fields turned into a man-made disaster of unimaginable magnitude.

The unprecedented emergency at the Urta-Bulak gas field happened on December 1, 1963. As drilling went wrong and a rig accidentally hit a gas reservoir with abnormally high pressure, there was a huge release of natural gas. The drilling hardware was destroyed under pressure and ignited gas found a way out.

A gigantic flame up to 70 meters high burst out in the air. The volume of natural gas was so huge and the pressure so intense that it was impossible to extinguish the hellish-like fire for three years, despite many attempts to put it out. 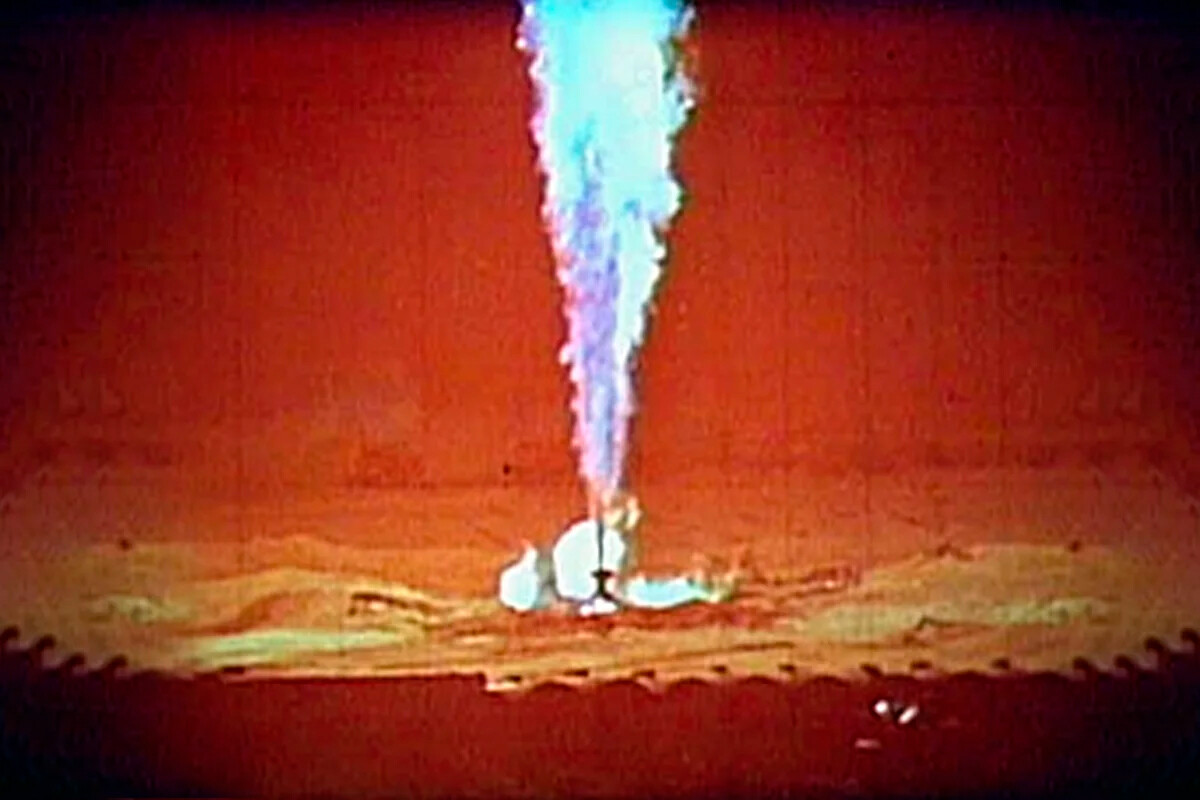 Still from the documentary "Extinguishing with a Nuclear Charge. 1074 Days of Burning"

Desperate Soviet engineers used multiple tools trying to extinguish fire that not only wasted the valuable commodity, but also threatened to wreck nature in proximity to the flame. With time, the areas near the flame literally turned into scorched earth.

“Everything that could burn around had long since burned down. Now it was dead hot ground. There was no place left for the living here. At night, flocks of migrating birds and clouds of insects, attracted by the light, fell into this fiery dance of death and, falling down, burned, often before even reaching the ground,” wrote head of the extinguishing operation Kamil Mangushev in his diary.

The flame also hindered aircraft traffic for crews that flew to and from India and Southeast Asia.

Eventually, using bulldozers, a protective sand berm was built around the torch to somehow restrain its effect on the surrounding area. However, this evidently was only a temporary solution, as it did not extinguish the flame. Then, Soviet scientists proposed something extraordinary: to use a thermonuclear explosion to put the fire out.

By detonating a thermonuclear bomb near the flame’s source, the scientists hoped to destroy the passage through which the gas was escaping.

The so-called ‘Design Bureau No. 11’ located in the city of Sarov in Nizhny Novgorod Region was tasked with implementing the risky mission. The design bureau employees had already studied the use of nuclear weapons for peaceful purposes. Now, it was time to test their know-how in practice. 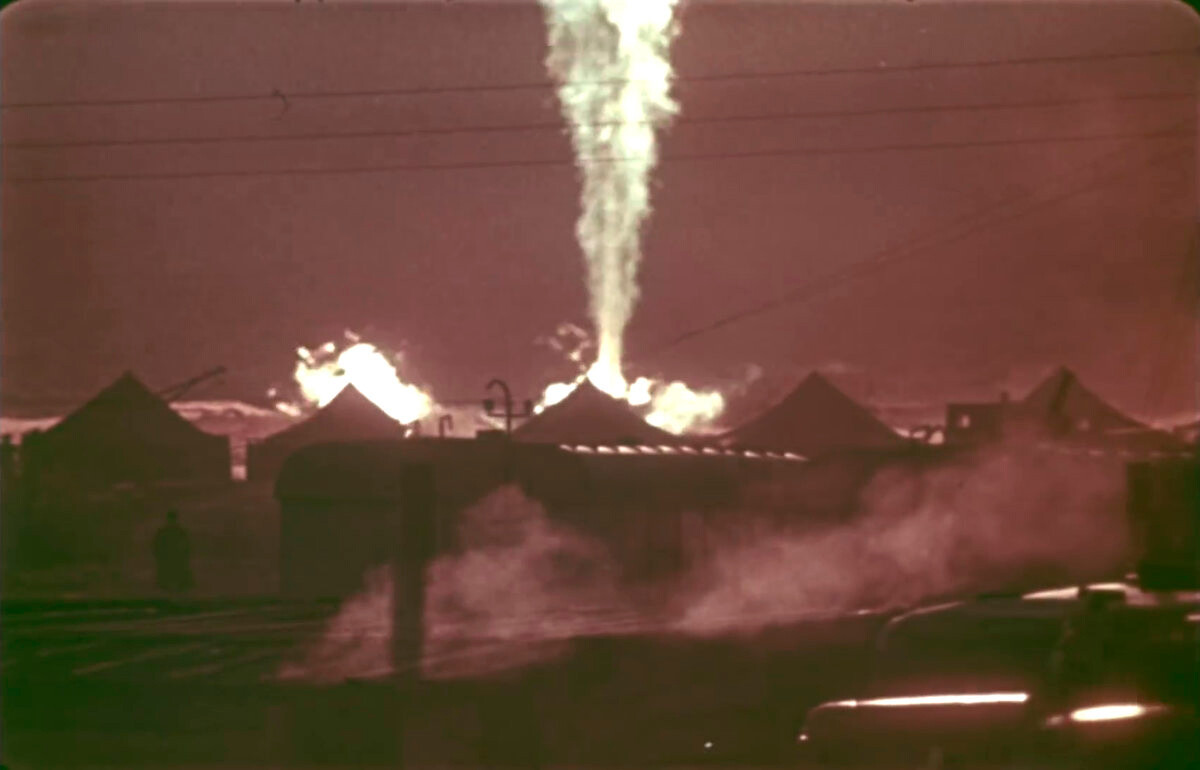 Still from the documentary "Extinguishing with a Nuclear Charge. 1074 Days of Burning"

The task was complicated by the fact that the densely populated regional center of Bukhara, one of the oldest and most beautiful cities of Uzbekistan and Central Asia as a whole, was about 200 km away. Other smaller cities lied in proximity to the potential epicenter of the explosion.

Nonetheless, the Soviet authorities chose to act. The date of the underground blast was confirmed personally by Brezhnev: September 30, 1966. At that time, the torch had been burning for 1,074 days.

On the scheduled date, a nuclear charge of 30 kilotons – twice as powerful as the American ‘Little Boy’ bomb that detonated over Hiroshima – was delivered through an inclined tunnel to a depth of 1,500 meters.

Eventually, everything was ready and the explosion rocked the earth. The fire continued burning for only 22 seconds after the blast before it died forever. The explosion moved the rock layers and sealed off the gas well. The hellish-like fire was successfully extinguished using a very unconventional method, the blast of a thermonuclear weapon.

The apparent success of the Urta-Bulak explosion gave birth to a new method of extinguishing massive fires at gas fields. For example, a year and a half later, another fire at the Pamuk field in Uzbekistan was extinguished using the same method.

Click here for 5 most devastating fires in Russian history.