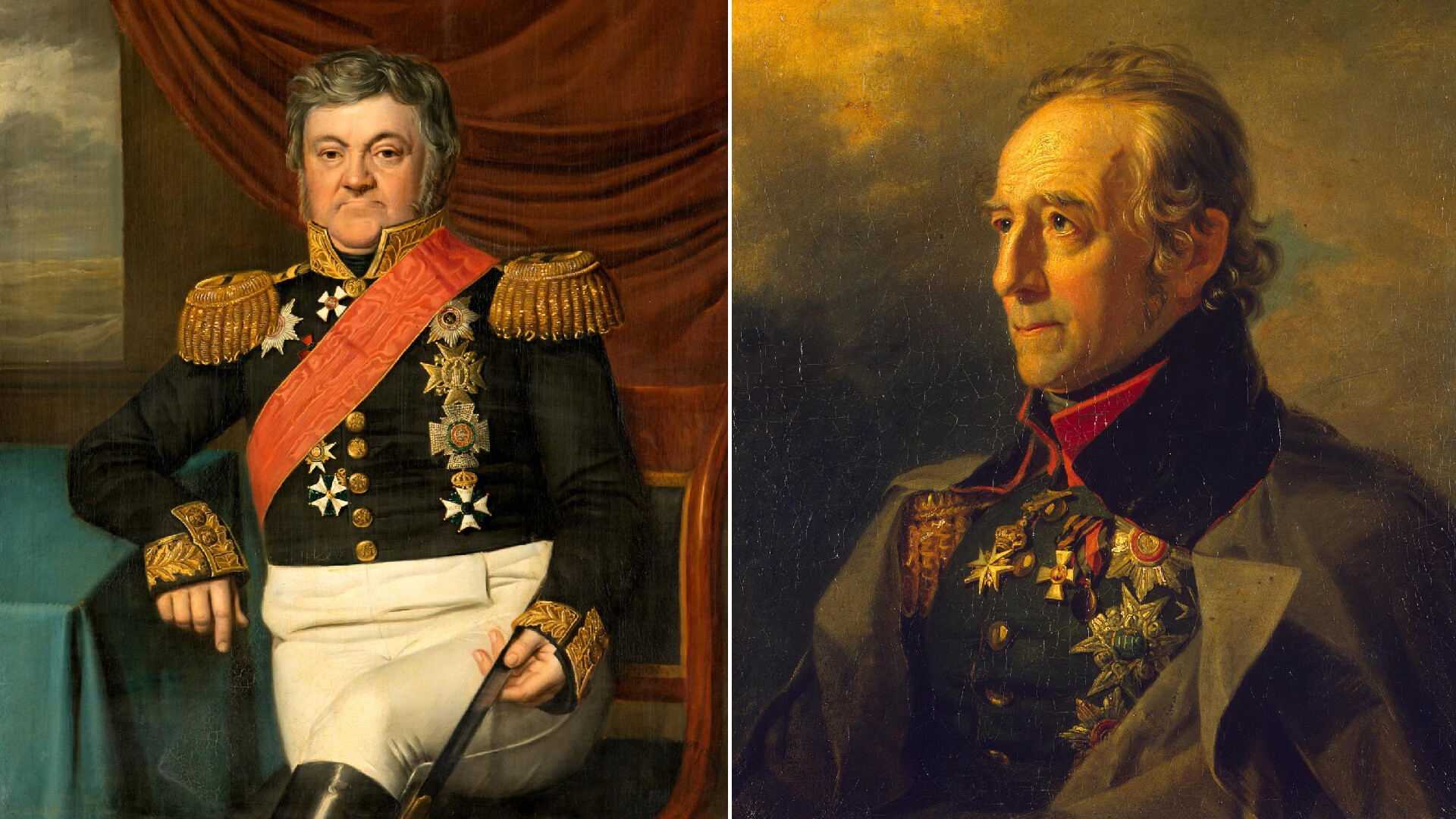 Rijksbureau voor Kunsthistorische Documentatie; Military Gallery of the Winter Palace, State Hermitage Museum
Being born seafarers and shipbuilders, the Dutch made an enormous contribution to the creation of the regular Russian navy. As captains, they brought it glory on more than one occasion with their victories in battle. 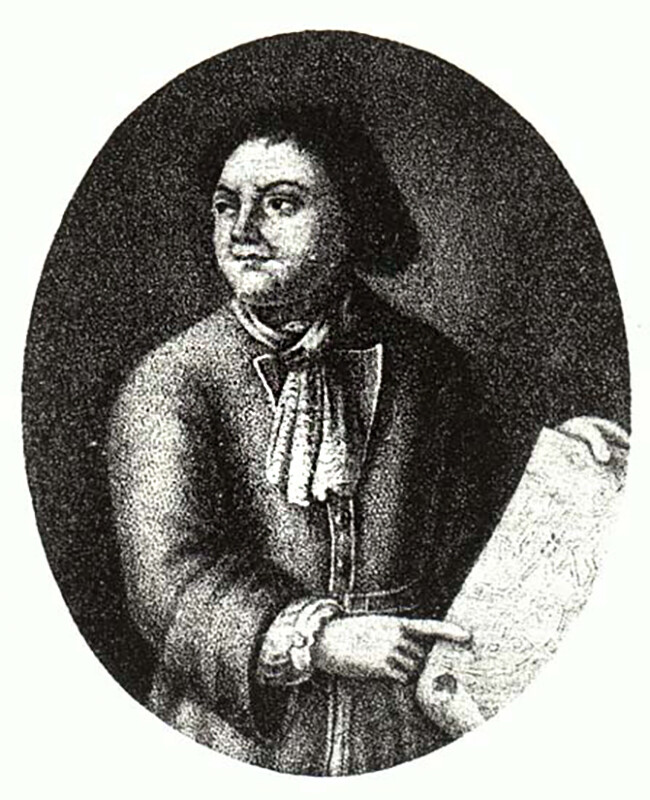 In the late 1680s, Tsar Peter I, who, in subsequent decades, was destined to defeat mighty Sweden and make Russia one of the great European powers, was still young and inexperienced. But, already then, he set himself the goal of carrying out a thorough modernization of the state and tried to surround himself with teachers and mentors whose knowledge and skills could help him in this.

One such man was Dutch merchant Franz Timmerman. He entered the tsar’s service in 1687 and taught Peter geometry, astronomy, shipbuilding, seamanship and the basics of fortification and artillery. In addition, through his efforts the monarch successfully completed an  apprenticeship at the shipyards of Amsterdam and received a shipwright’s diploma. 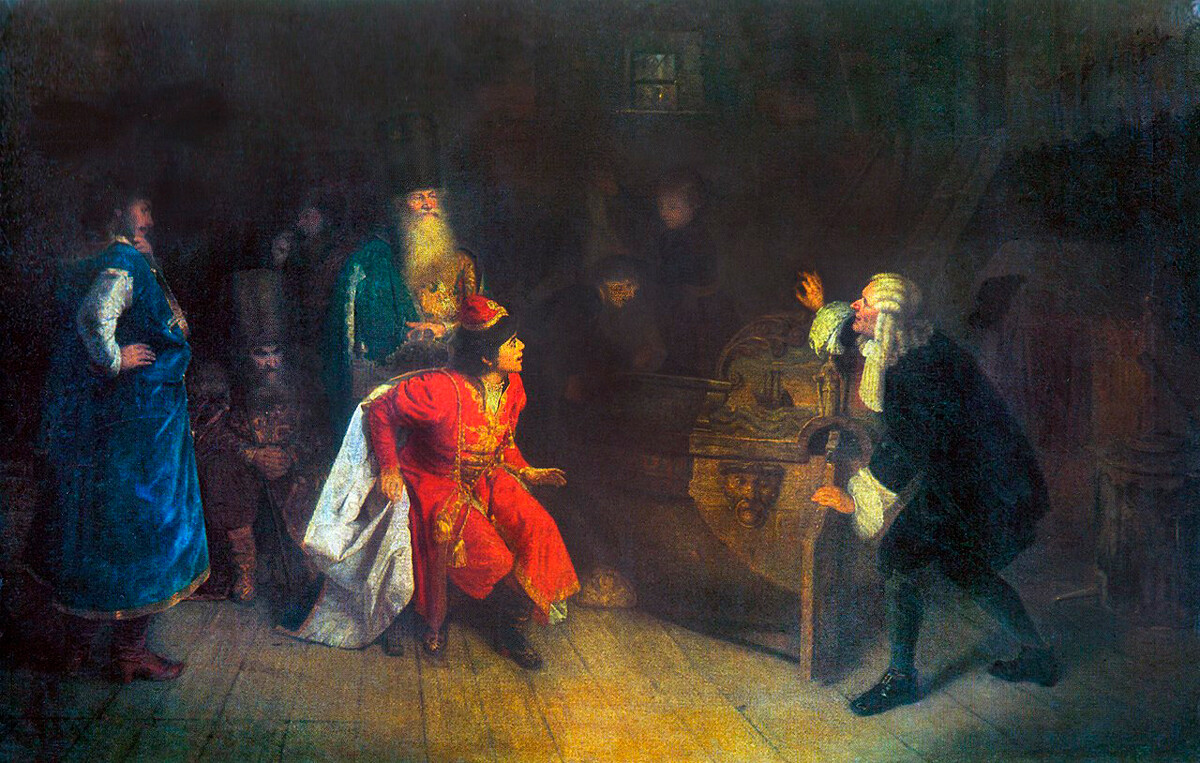 Franz Timmerman explains to Peter I the structure of the boat.

Timmerman was actively involved in the creation of the regular Russian navy and was responsible for purchasing and delivering shipbuilding materials, as well as attracting foreign craftsmen to Russia. At one time, he ran a sail-making factory that employed over a thousand people.

The Dutchman, who died in 1702, never held a high official position. In documents, he was simply referred to as “the foreigner”, “the master” or “the engineer”. 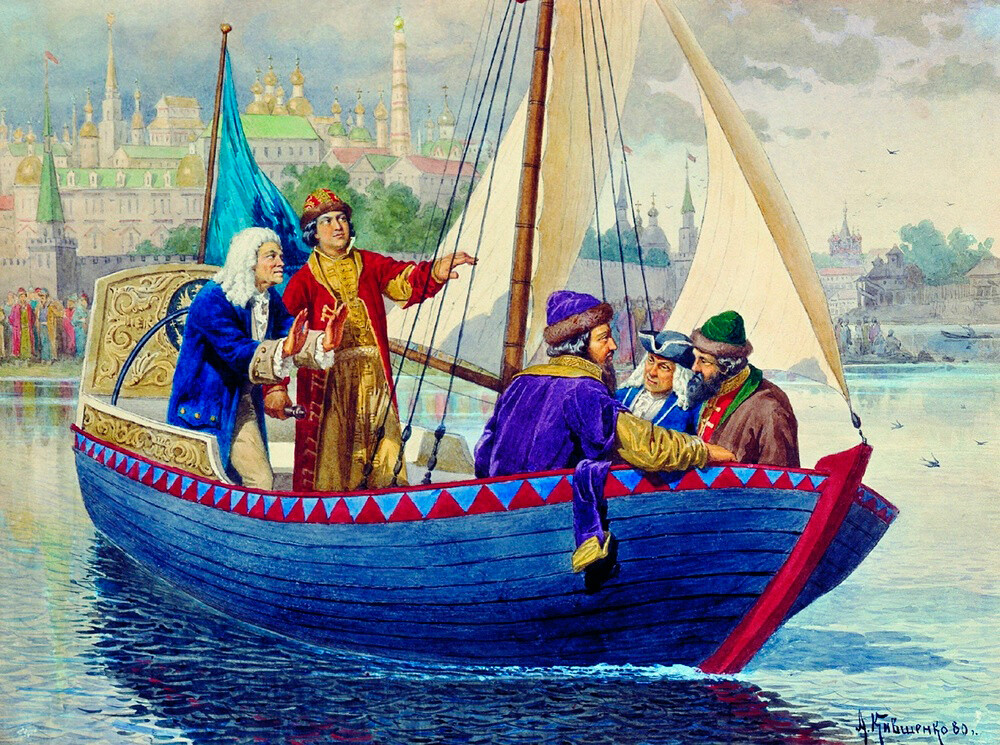 Peter the Great travelling on a boat.

In May 1688, during a visit to the estate of the boyar (nobleman) Nikita Romanov near Moscow, Tsar Peter discovered an abandoned botik (‘little boat’) - a scaled-down English warship - in a storehouse and became very interested in it. He instructed Timmerman, who was accompanying him, to find a craftsman to restore the vessel. Soon, the latter introduced him to a fellow Dutchman, carpenter Karsten Brandt.

Brandt had arrived in Russia in 1667, during the reign of Peter’s father, Tsar Aleksey Mikhaylovich (Alexis of Russia). He had taken part in the construction of the first Russian ship of the Western European type, the ‘Oryol’ (‘Eagle’). The ‘Oryol’ was a pinnace - a vessel with both sails and oars. Soon after it was launched, it was seized in Astrakhan by the rebellious Cossacks of Stepan Razin and abandoned on shore, where it subsequently rotted.

The Dutchman successfully repaired the botik (which was named the ‘St. Nicholas’), put a mast and sail on it and taught Peter how to steer it. At the suggestion of the tsar, the ship came to be dubbed the “grandfather of the Russian fleet”.

Later on, Karsten Brandt, in whom the monarch placed great confidence, took part in the building of the “toy flotilla” for carrying out naval exercises on Lake Pleshcheyevo not far from Moscow. The flotilla became the prototype of the future Russian navy. By the time of the Dutchman’s death in 1693, the flotilla numbered about a hundred large and small ships. 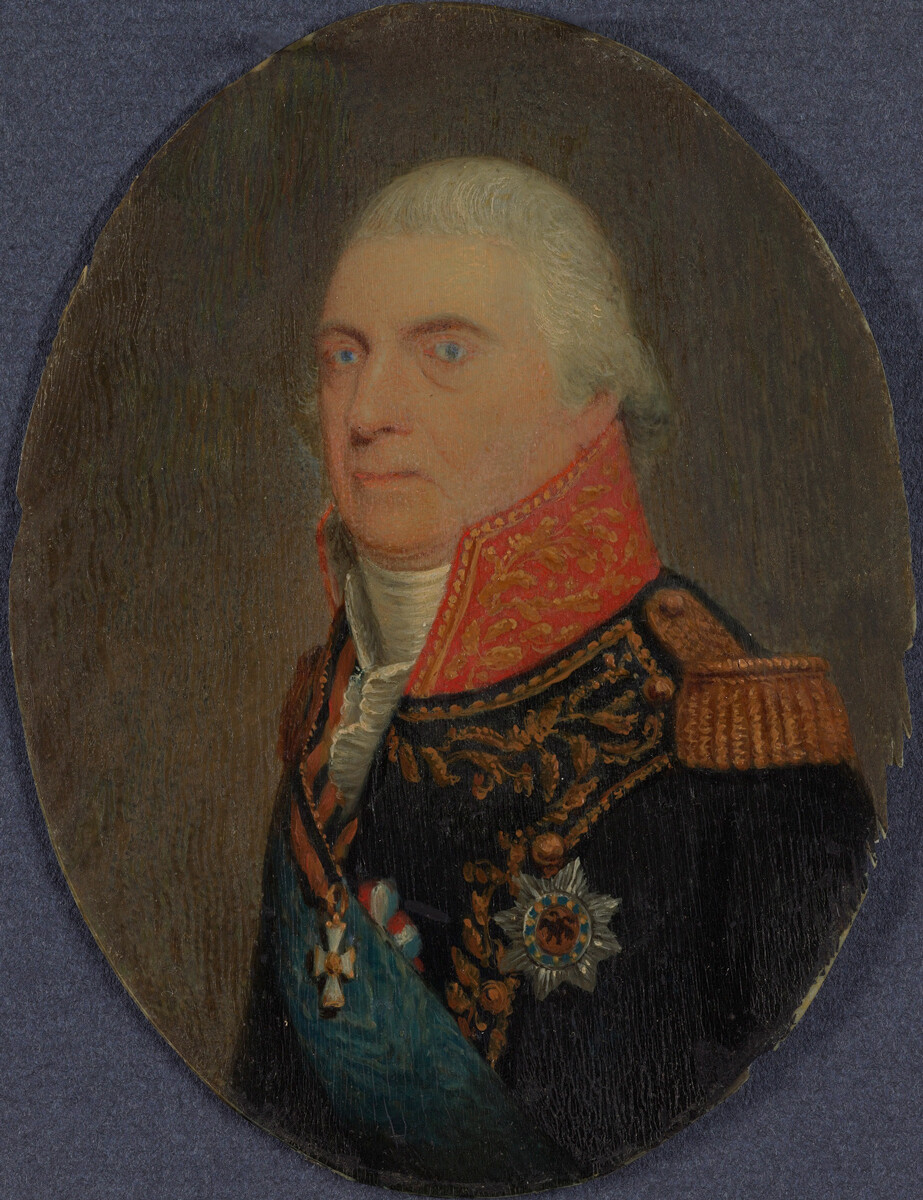 In 1771, Jan Hendrik van Kinsbergen, a Dutch naval officer, who had 20 years of impeccable service and expeditions to the West Indies and the coast of North Africa under his belt, decided to go to distant Russia. The country welcomed experienced sailors and, soon, Captain 2nd Rank Kinsbergen was put in command of a squadron of the Azov Flotilla and found himself in the thick of the Russo-Turkish war.

In battles with the Turks, Kinsbergen displayed his military talents to the full. He boldly attacked the numerically superior enemy, often inflicting serious losses on them and forcing them to withdraw their ships. St. Petersburg especially applauded the Dutchman’s victories at Balaklava and Sudzhuk-Kale in 1773. 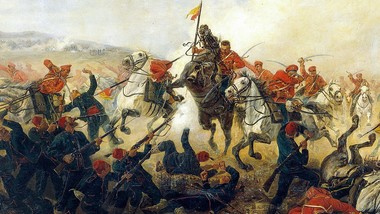 Who was the Russian Empire’s MAIN enemy?

Commander of the Azov Flotilla, Rear Admiral Alexei Senyavin, was far from always pleased with the unduly wilful actions of his subordinate, but he had a high regard for his services all the same. “I have the honor of testifying that Captain and Knight Kinsbergen is an excellent and courageous naval officer, thoroughly worthy of advancement,” he wrote in a document conferring an award on the officer.

In 1775, soon after the end of the war, the Dutchman left Russia, despite the fact that Empress Catherine the Great herself asked him to remain in Russian service. In the Netherlands, Jan Kinsbergen rose to the rank of admiral and even commanded the republic’s navy at one point. 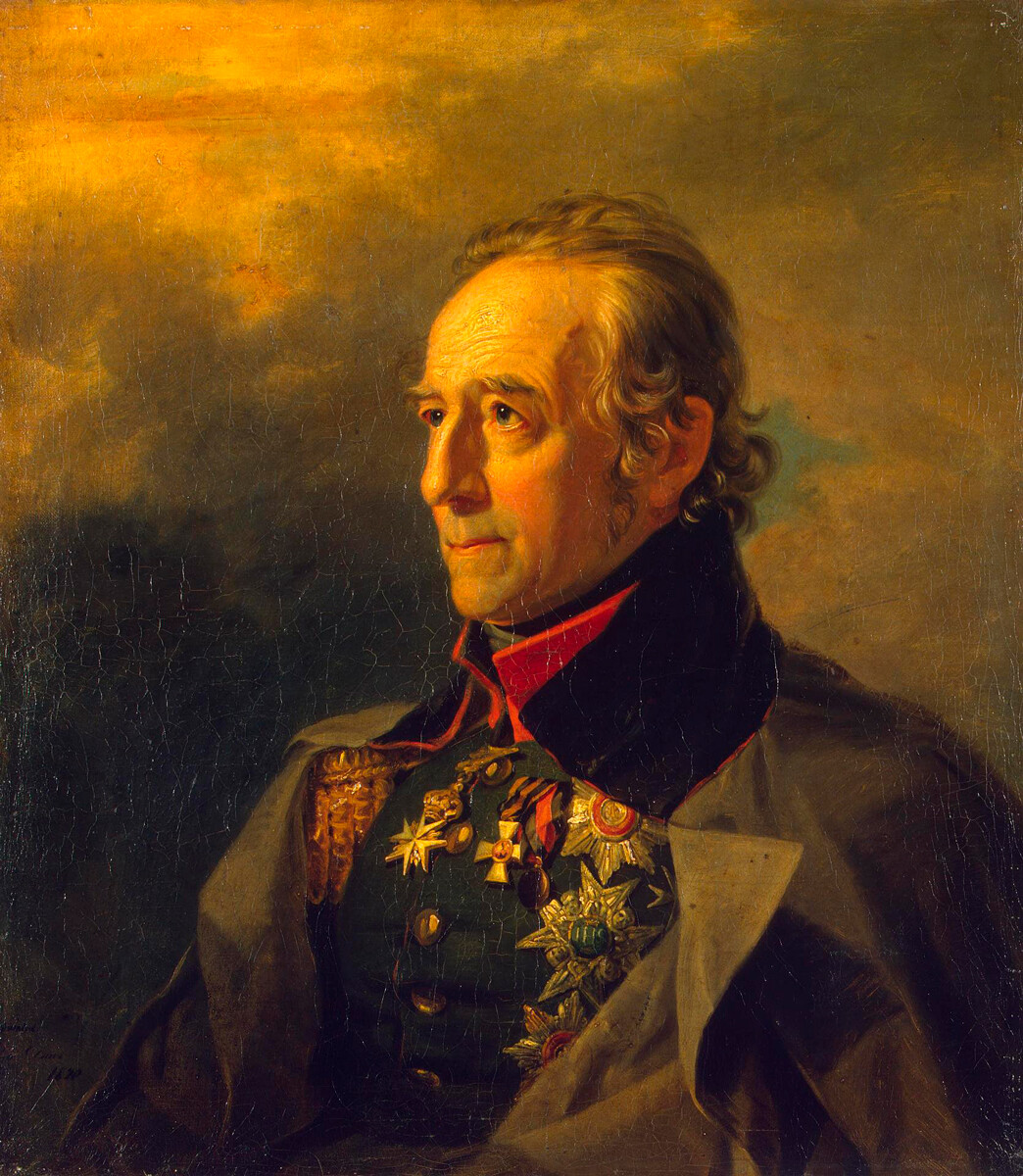 Far from all the Dutchmen who made their way to Russia were seamen. For instance, Lt-Col Jan Pieter van Suchtelen, who arrived in St. Petersburg in 1783, was descended from a line of military engineers.

In his adoptive country, Suchtelen, who came to be known in the Russian manner as Pyotr Kornilovich, distinguished himself in many fields: He was involved in the repair and restoration of canals, he monitored the condition of defensive fortifications from the White Sea to the Black Sea, and took part in two wars against Sweden (1788-1790 and 1808-1809), in which he not only commanded successful sieges of fortresses, but also personally led troops into daring attacks on the battlefield. 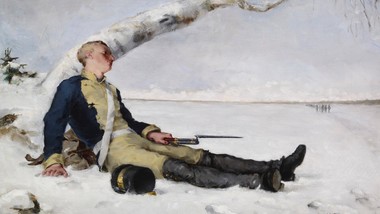 How Russia took Finland away from Sweden (PICS)

It is a curious fact that, after causing the Swedes so much trouble, Suchtelen forged a friendship with Crown Prince Jean-Baptiste Bernadotte (from 1818, King Charles XIV John of Sweden and Norway). In the final stages of the Napoleonic Wars, when Russia and Sweden had become allies, Pyotr Kornilovich headed the Russian military mission to the HQ of Bernadotte’s army operating in North Germany.

Suchtelen was one of the most famous collectors of his time. His collection consisted of tens of thousands of valuable books, pictures, coins and manuscripts. “The Russian general basically cared little about the value of books and manuscripts - the important thing was that they should interest him,” remarked the Swedish writer Magnus Jacob Crusenstolpe. 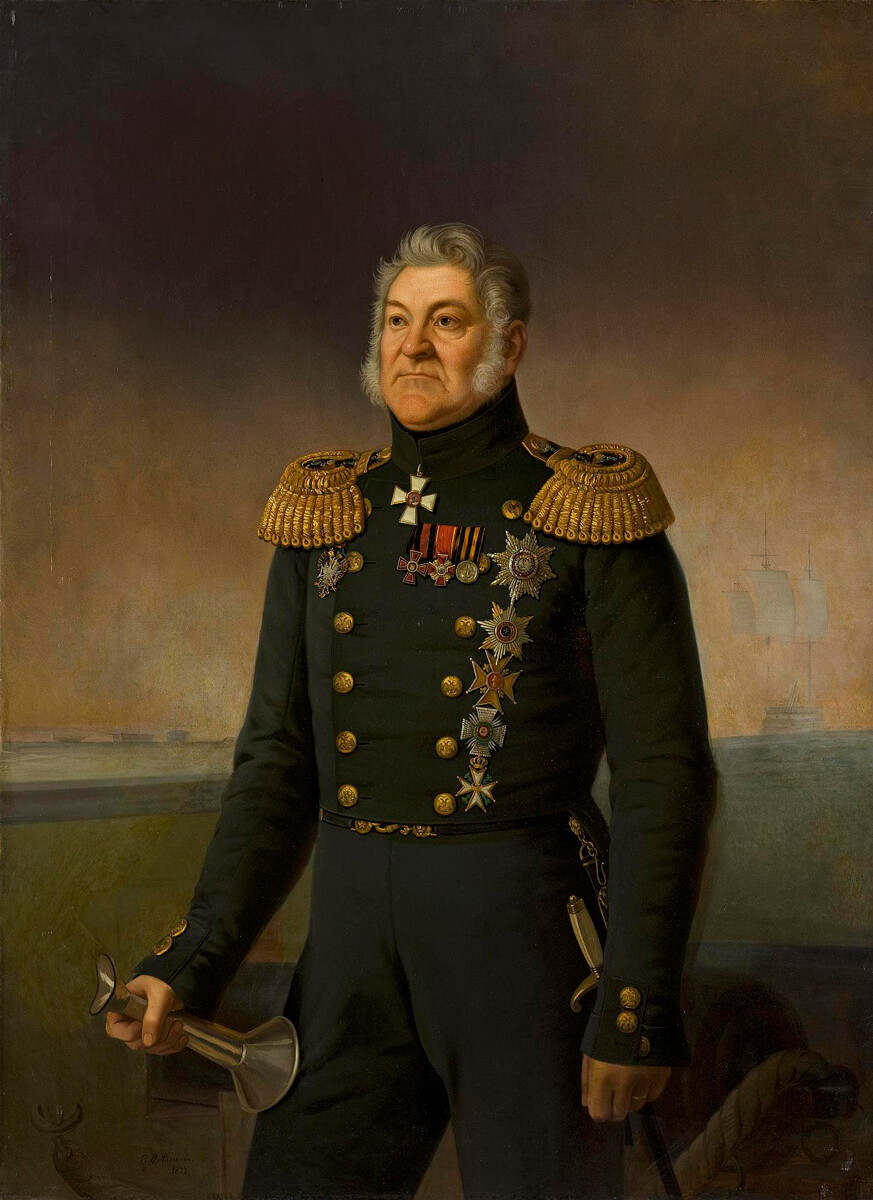 In 1795, the French occupied the Netherlands, compelling the ruling stadtholder, William V, to flee the country. Remaining loyal to the exiled William, Dutch naval officer Lodewijk Sigismund Gustaaf van Heiden realized it was unsafe for him to remain in his own country and he offered his services to Russia.

Login Petrovich Geyden, as he came to be known in Russia, distinguished himself in wars against Sweden and France, but the naval commander’s finest hour came at the Battle of Navarino on October 20, 1827 against a combined Turko-Egyptian fleet.

“It seemed that all hell had broken loose before us. There was no spot where bar shot, cannon balls and grapeshot were not raining down… It truly required particular courage to fight in such conditions, to endure all this fire and to defeat our adversaries…” is how Admiral Pavel Nakhimov recalled that day.

Geyden, who was promoted to rear admiral rank, was not short of courage. His squadron not only withstood the main thrust of the enemy fleet, but eventually smashed its center and right flank.

The triumph at Navarino played a key role in the success of the Greek War of Independence and the Greeks did not forget the Dutchman’s services. A street in Athens was named in honor of Login Petrovich and a monument to him was erected in Pylos. In 1927, a postage stamp bearing a portrait of the naval commander was issued on the 100th anniversary of the momentous battle.