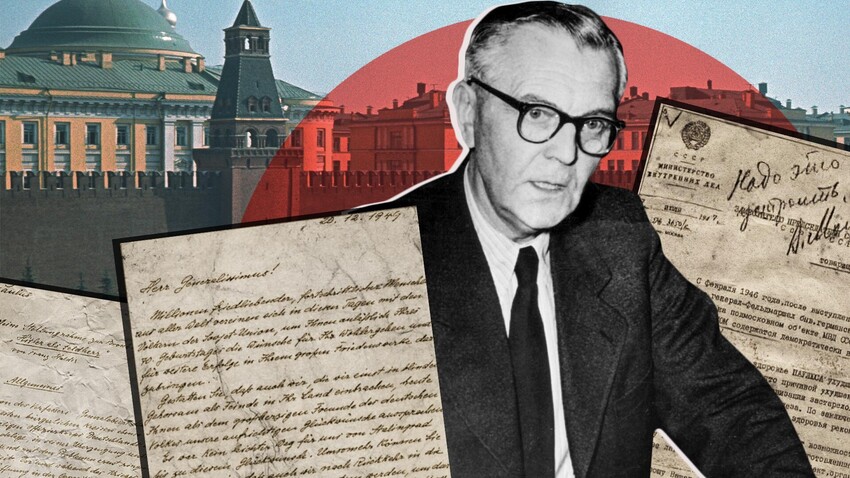 Russia Beyond (Photo: Legion Media; S.Solarev/Sputnik; Archive photo)
Captured during the Battle of Stalingrad, the Wehrmacht field marshal lived in the USSR from 1945 to 1953 after the war. The living conditions of the former German officer in the country of his recent enemy were much better than many Soviet citizens had. Only after the death of Joseph Stalin was he allowed to return to Germany.

“Paulus! Be ashamed to breathe the German air! <…> You’re such a scoundrel that even a dog won’t take a piece of bread from you!” - such was one of several dozens of anonymous letters sent to Friedrich Paulus from different corners of Germany during the Nuremberg trials. During the trials, Paulus was a witness for the prosecution from the USSR side. The Soviet authorities didn’t allow him to stay in Germany, fearing for his life, as well.

In Spring 1946, the field marshal returned from Nuremberg to the USSR. From that moment on, he was considered not a prisoner of war but a guest of the Soviet government. 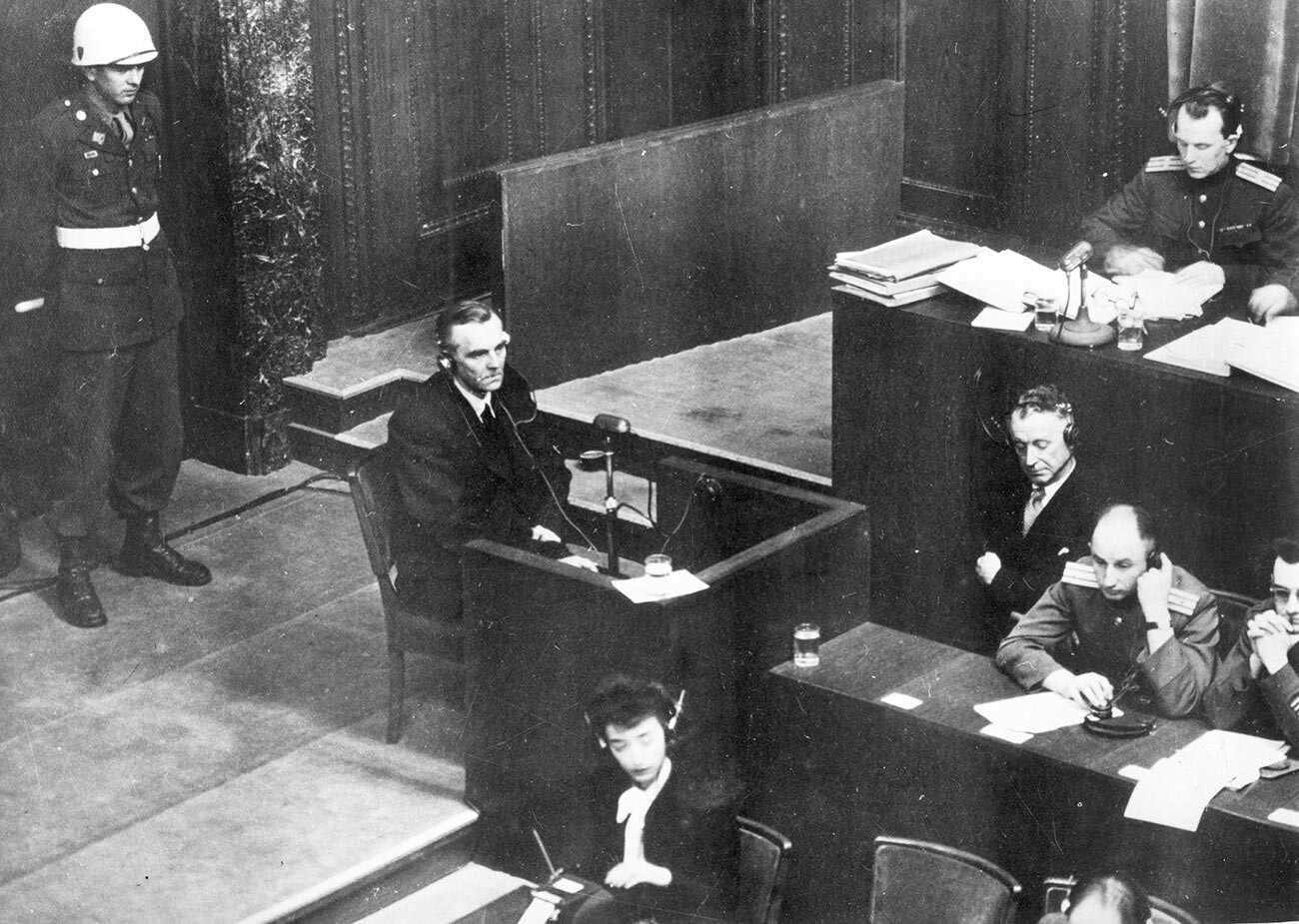 Friedrich Paulus during the Nuremberg Trials in 1946

After Paulus’ arrival, he was placed in a Ministry of Internal Affairs dacha in the village of Tomilino in Moscow Region. He had a personal doctor, a cook, ordinance officer Erwin Schulte and adjutant Wilhelm Adam. Generals Walther von Seydlitz-Kurzbach, Vincenz Müller and Walther Schreiber also lived with him, who were captured during the Battle of Stalingrad.

The conditions of the former field marshal’s detention were much better than many USSR citizens enjoyed. He had a wooden house, his own servants and also the ability to go to Moscow to an exhibition or a concert. However, Paulus missed being able to talk to his family.

Only after almost a year after the end of the war, on April 20, 1946, he managed to write a letter to his spouse Elena Constance. On June 10, he received a reply, in which she wrote that she knew he wasn’t in captivity anymore and that she was happy that he’s being treated well. She said that she was waiting for his return. In the letter, she also stated, “If you wish, I’ll go to the edge of the world with you.” 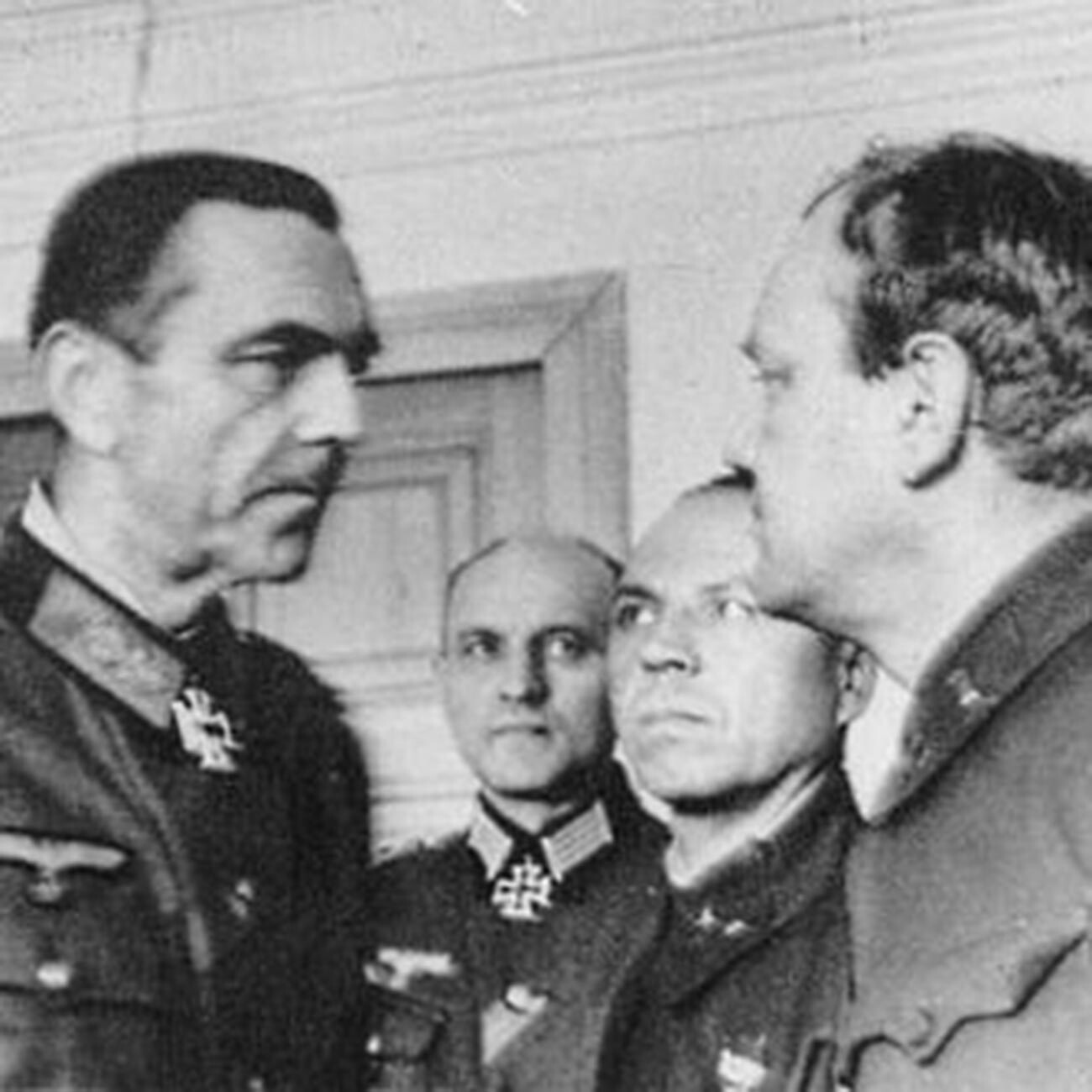 Elena-Constance died in 1949, having not met her husband again. Paulus was offered the opportunity to meet her after his speech at the trial, but he vehemently refused “so no one would have a doubt that this meeting was the reward for my speech before the International Tribunal”. 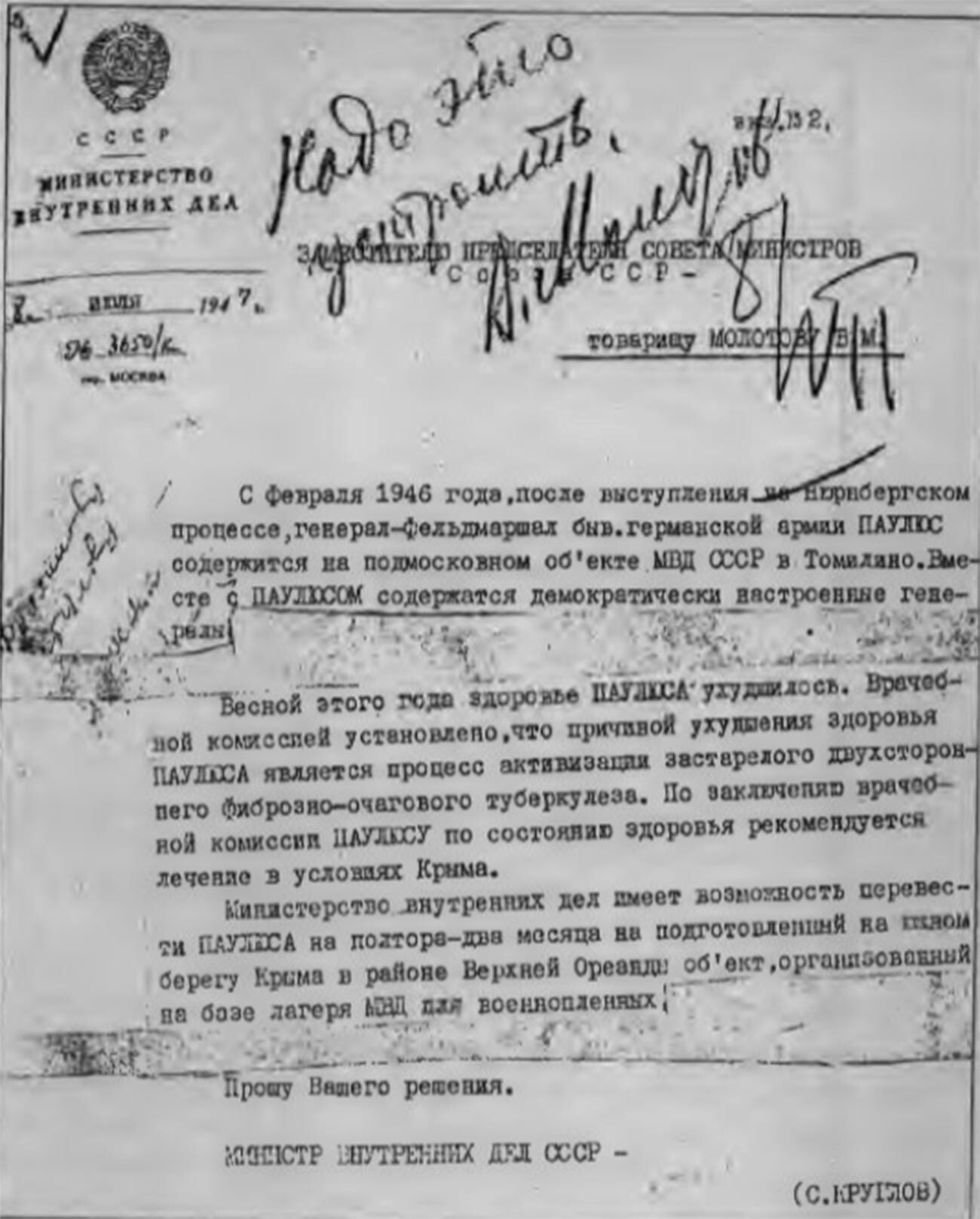 The Minister of Internal Affairs, Kruglov's note on Paulus' health and Molotov's handwritten commentary, “We should arrange it.”

In Spring 1947, Paulus’ health deteriorated. On July 8, Sergei Kruglov, the Minister of Internal Affairs of the USSR, directed a memo to Vyacheslav Molotov, the Minister of Foreign Affairs, in which he reported that Paulus’ tuberculosis had worsened and “according to the conclusion of the medical commission, Paulus, for health reasons, needs treatment in Crimea”. Kruglov asked for permission to “transfer Paulus for one and a half or two months to a prepared facility on the southern shore of Crimea near Upper Oreanda.” Molotov wrote on top of the memo: “We should arrange it.” Along with Paulus, Müller and Schreiber also went to Crimea.

Paulus’ treatment was kept in secret. He was paid 26 rubles daily – with free meals and accommodation this was a good allowance for the vacation. To compare: a kilogram of white bread back then cost 5.5 rub, ten eggs cost 12 rub, and an average salary per month amounted to 500-600 rub. 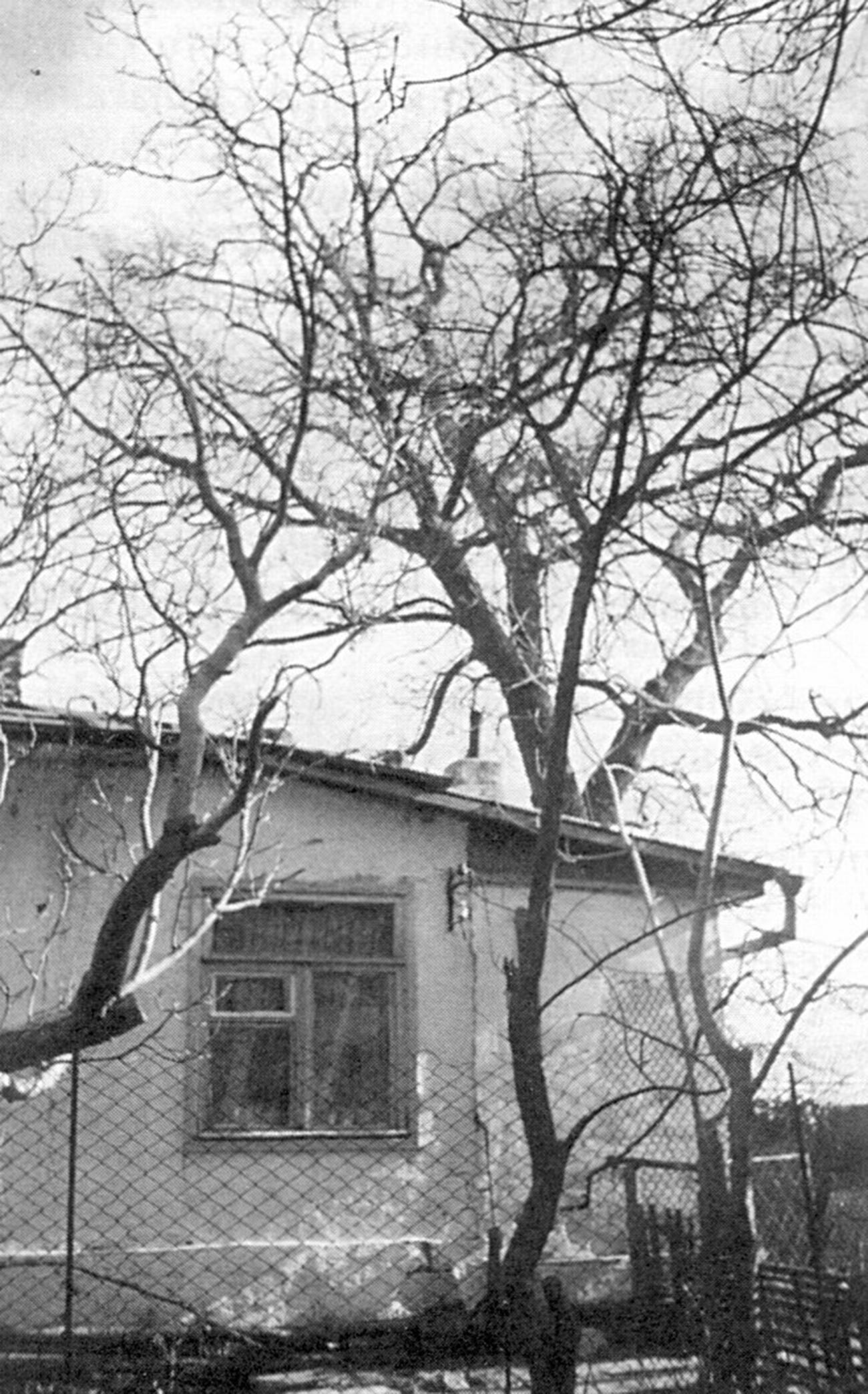 A house where Paulus stayed in Crimea

In Crimea, the former German officer felt much better. Approximately after two weeks of him being on the Black Sea shore, he directed a letter of thanks to lieutenant colonel Georgadze, a staff member of the Operational Management of the Main Administration for Affairs of Prisoners of War and Internees (GUPVI), in which he wrote that everyday bathing benefited him and he hoped that the goal of his stay in Crimea would be reached. He signed this letter with “overfilled with gratitude - devoted to you, Fr. Paulus.”

Paulus’ activities in the USSR

In Summer 1946, the representative of GUPVI, Fyodor Parparov, visited Paulus to offer him the opportunity to prepare the project of a new organization – the Democratic Union of German Prisoners of War in the USSR, which the German himself was supposed to head. Paulus did a thorough job and formulated basic principles, according to which the SUPG Movement was supposed to be created among the prisoners of war, in a very detailed manner. It would be a part of the Socialist Unity Party of Germany (SUPG). However, that didn’t coincide with the ideas of the Soviet government. Paulus edited his project, but, in the end, the organization wasn’t created.

In Tomilino, Moscow Region, Paulus began his academic work. The Military-Historical Office of the General Staff of the Armed Forces of the USSR gave him and Seydlitz a task, independently of each other, to write their memories about the course of the hostilities under Stalingrad. In Fall 1947, the former Wehrmacht field marshal consulted a production team that worked on a two-episode film titled: ‘The Battle of Stalingrad’. It hit the big screen in 1949.

Paulus wrote a range of manuscripts which, however, have gone unnoticed by scientists both in Russia and in Germany. He conducted a critical analysis of Colonel-General Franz Halder’s brochure ‘Hitler as Commander’, released in Munich in 1949. In it, the author tried to expose Hitler as the only one responsible for Germany’s defeat. As was written in the May 1962 issue of the ‘Military-Historical Magazine’, “Paulus doesn’t conduct a detailed analysis of Halder’s brochure <…>, but, instead, focuses on refuting the main legends proposed by the author, criticizing his one-sided research method, with which the most important and defining sides of the war are ignored.”

Paulus refused Halder’s proposal that only the Fuhrer was responsible for Germany’s defeat, “The main thing that prevented Germany from gaining victory in the war and what is ignored by Halder is the might of the Soviet Union in the broadest of senses that it demonstrated over the course of the war.”

In his analysis, published in the same magazine, Paulus wrote that “Hitler wasn’t a revolutionary dictator”, as depicted by Halder, but he was “a frenzied executor of German and international industry and financial bigwigs’ will, whose interests he relentlessly defended”.

The former field marshal repeatedly asked the Soviet authorities to consider his ability to return to Germany, but his pleas went unanswered.

It was clear for Paulus that his fate depended on Stalin, so on December 18, 1948, along with Lieutenant-General Rudolf Bamler, he wrote a letter of congratulations for the 70th birthday of “Sir Generalissimo”. “Our path to this congratulations from Stalingrad was thorny,” the former German military commanders wrote. “Breaking into the USSR as enemies in blind obedience,” they expressed to Stalin their “sincere congratulations as to a benevolent friend of the German people”. 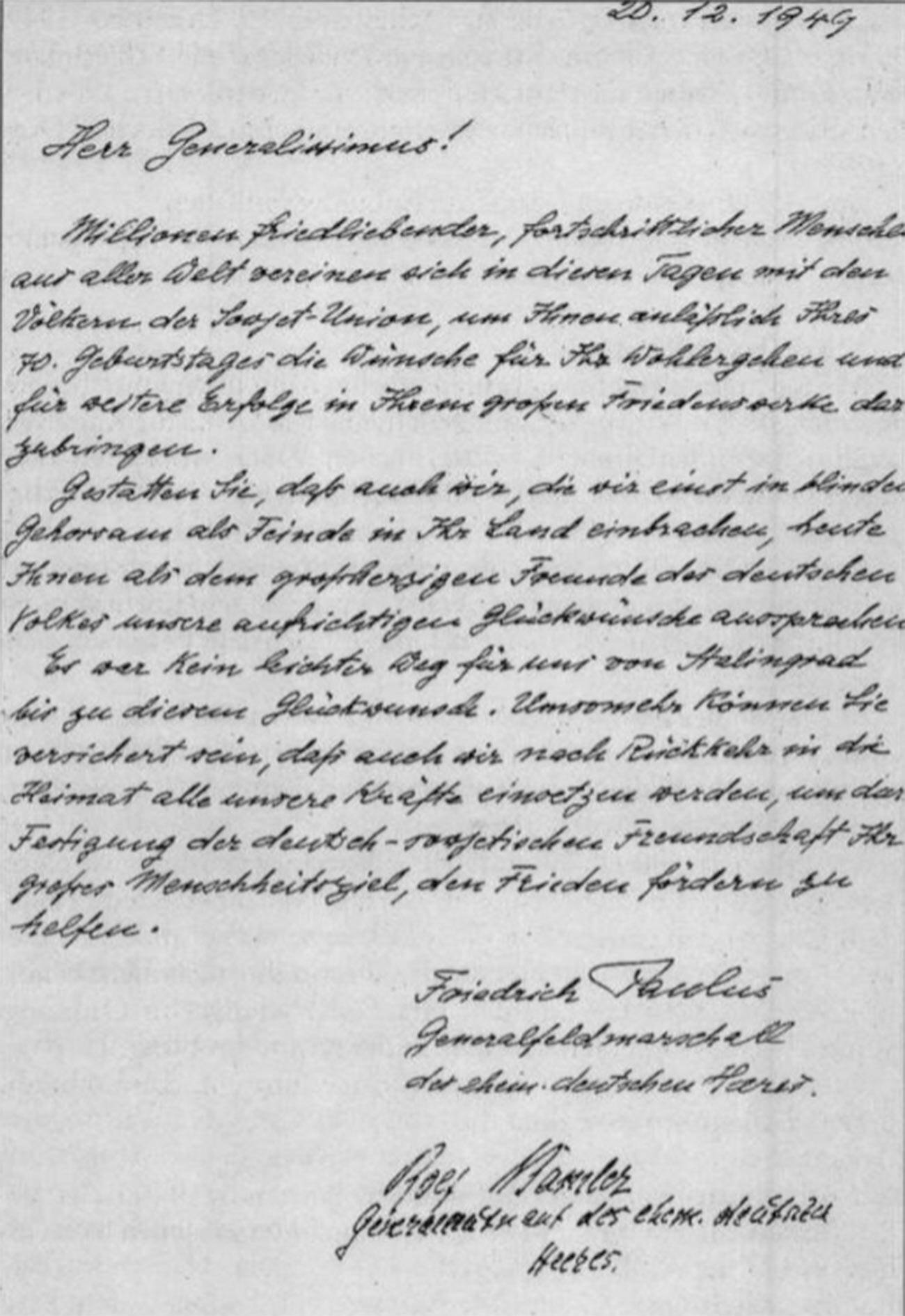 Bamler was repatriated to East Germany in 1950. Paulus managed to return only after the death of Stalin in Fall 1953, on the condition that he would live in East Germany. On October 24, he left the capital of the USSR forever in a first-class sleeping car of the №3 ‘Moscow-Berlin’ courier train. Before his departure, the field marshal wrote a statement to the Soviet government, at the end of which he noted that he didn’t want to leave the Soviet Union without telling the Soviet people that he once came to the USSR as an enemy, but was departing it now as a friend.

Life under the Stasi control 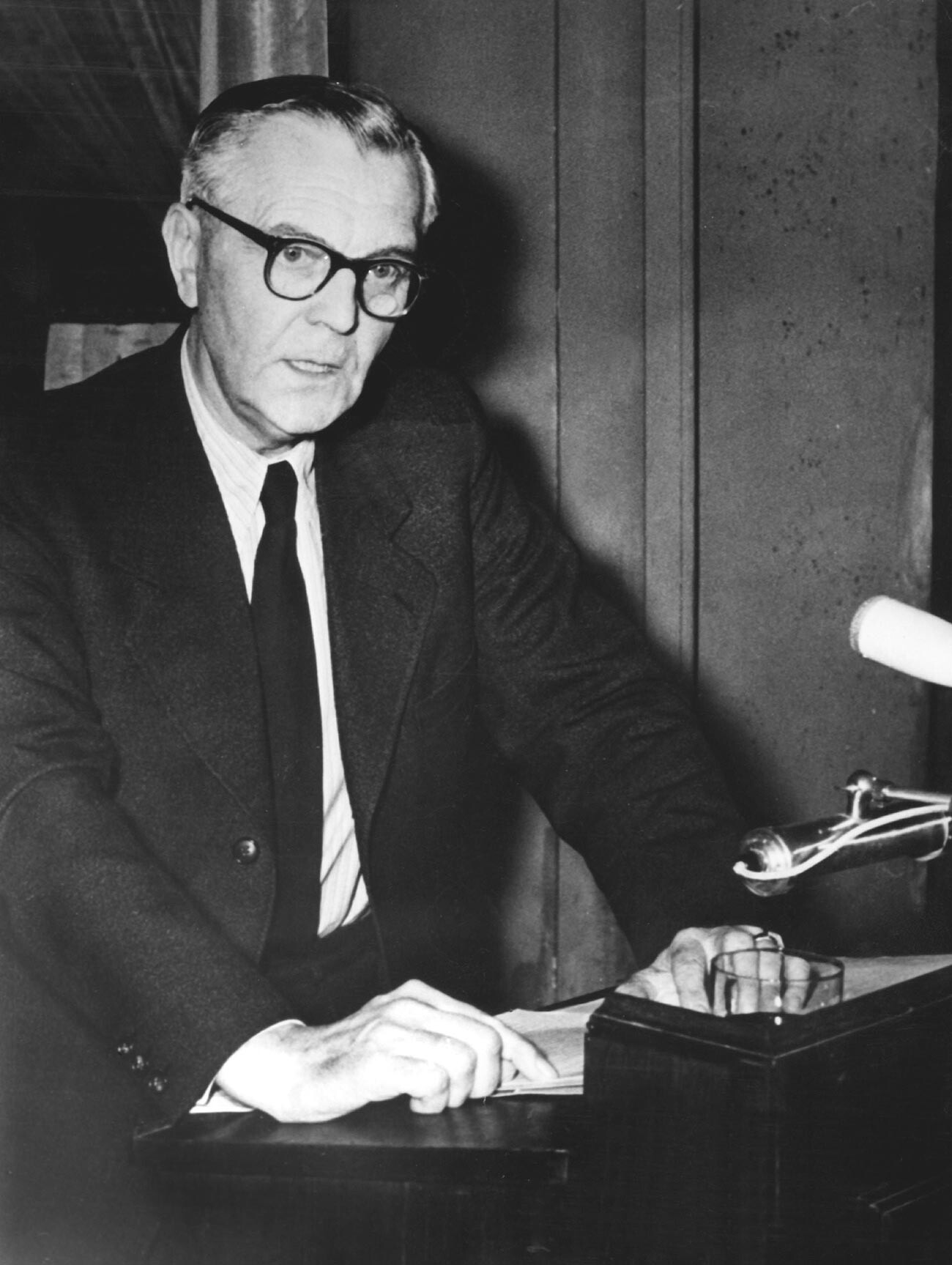 Friedrich Paulus at a press conference in East Berlin, 1954

After arriving back in Germany, Paulus moved to Dresden. In the Weisser Hirsch (‘White Stag’) suburban area of the city, he was given a three-story villa with some land, as well as servants. Only the party elite could count on conditions like that in East Germany.

All the people who worked in the mansion were staff members and informants of the Stasi - The Ministry for State Security of East Germany. According to the words of Torsten Dietrich, Paulus’ biographer, the driver of the former field marshal was always around and was a Stasi informant, even his neighbors reported everything that happened at the villa, since they were also hired by the Ministry for State Security. There were listening devices everywhere in the house, they knew everything about the words and actions of Friedrich Paulus. In Stasi reports, the villa was code-named ‘Object Terrace’. 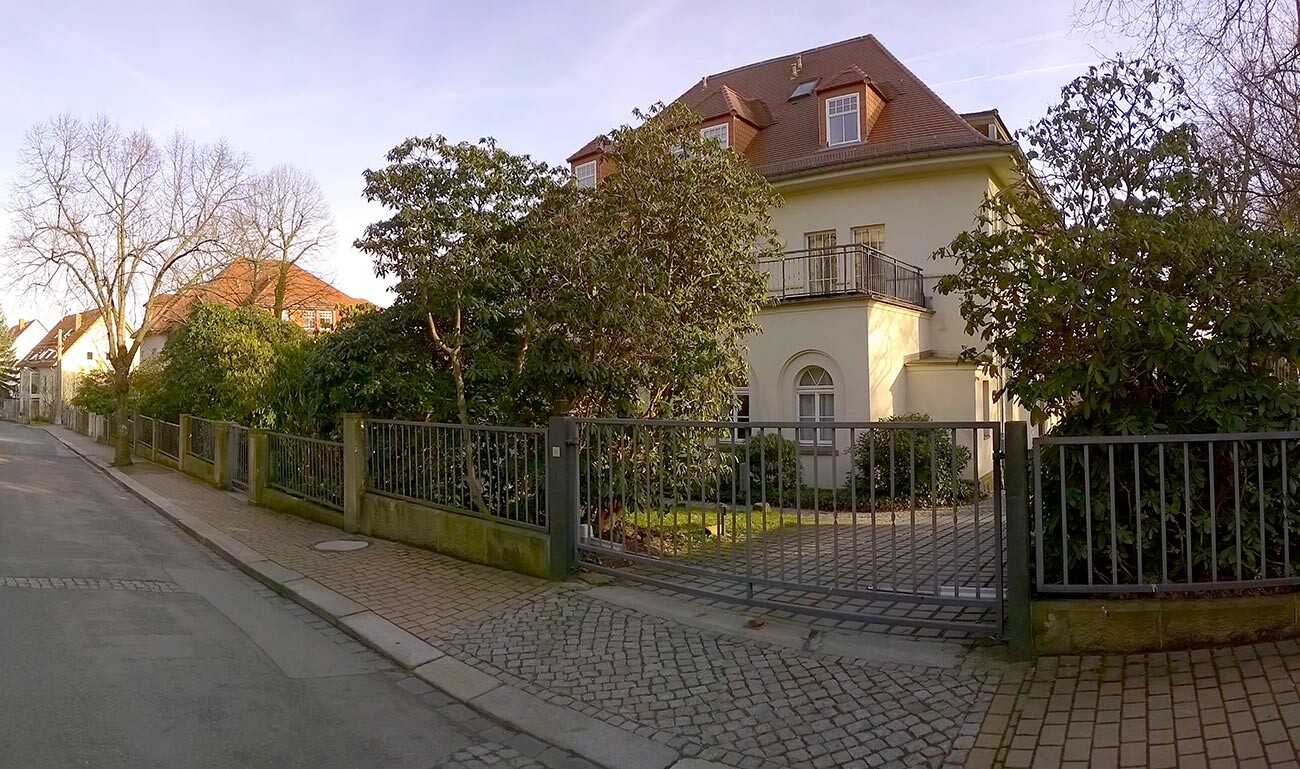 Villa where Paulus lived in Dresden

Paulus had a personal car, an adjutant, as well as the right to carry personal weapons. His favorite thing to do was to disassemble and clean his pistol. There is a legend that he did it so often that, once, one of the agents expressed his concerns to his superiors that Paulus could commit suicide. The Stasi superiors replied: “If he didn’t kill himself in Stalingrad, why would he do it now?”

In Dresden, Paulus read reports on the battle on the Volga at the Higher Officers’ School. As Wilhelm Adam, who served with Paulus back in the USSR, wrote in his book ‘The catastrophe on the Volga. Memoirs of Adjutant F. Paulus’, for the speech, Paulus “from memory, as well as on the basis of records of conversations with generals and officers of the German General Staff <…> made schematic maps”. 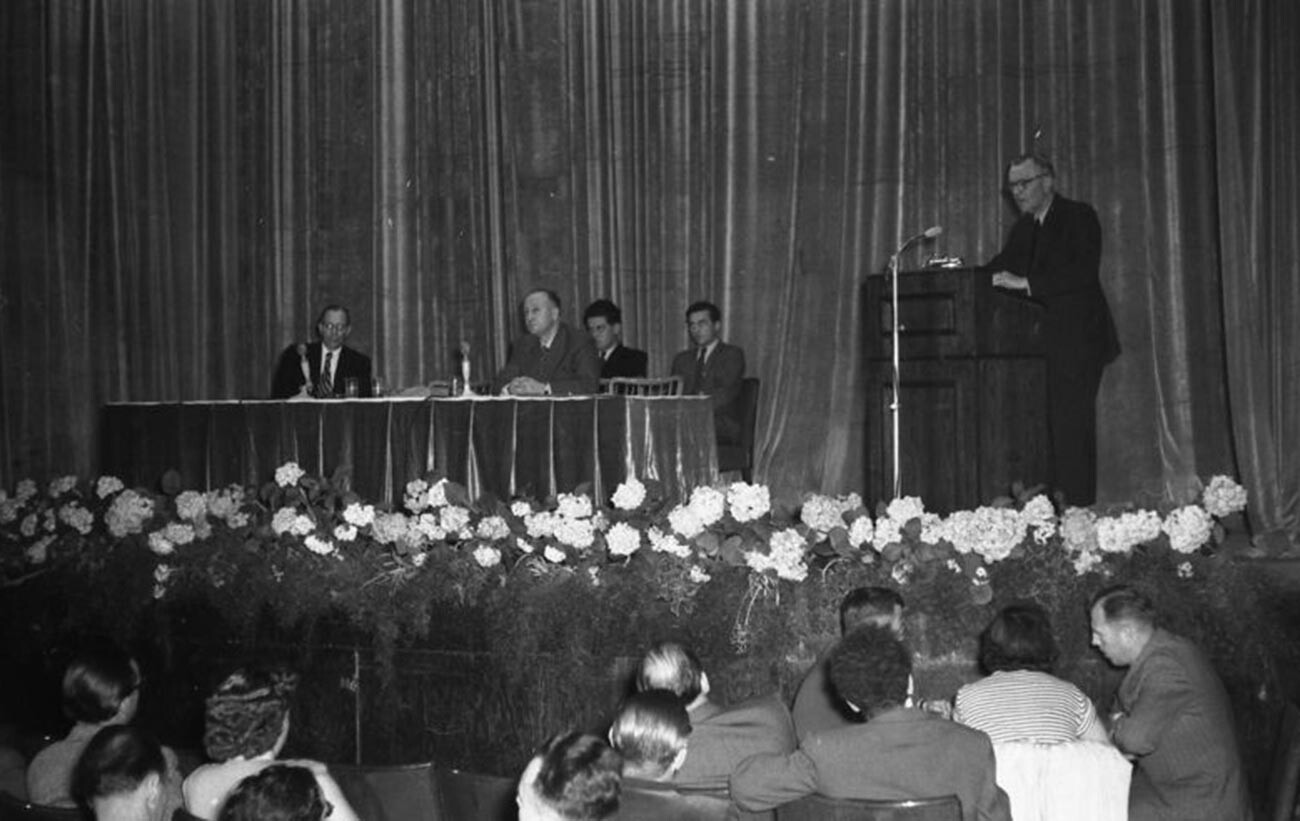 Paulus at a press conference in Berlin

On Paulus’ initiative, on January 29, 1955, a meeting was organized between former German officers from East and West Germany. As Adam remembered, to the sounds of the German soldier song ‘I had a comrade’, they honored the memory of the fallen. Paulus’ speech at that meeting affected all those present deeply. He planned to write a history of the Battle of Stalingrad, but couldn’t finish it – his health was deteriorating.

Friedrich Paulus, General Field Marshal of the former Wehrmacht, died on February 1, 1957, right before the 14th anniversary of the capitulation of his army.

Paulus’ body was cremated. The urn with his ashes was buried in the cemetery of Baden-Baden in West Germany, next to his spouse. 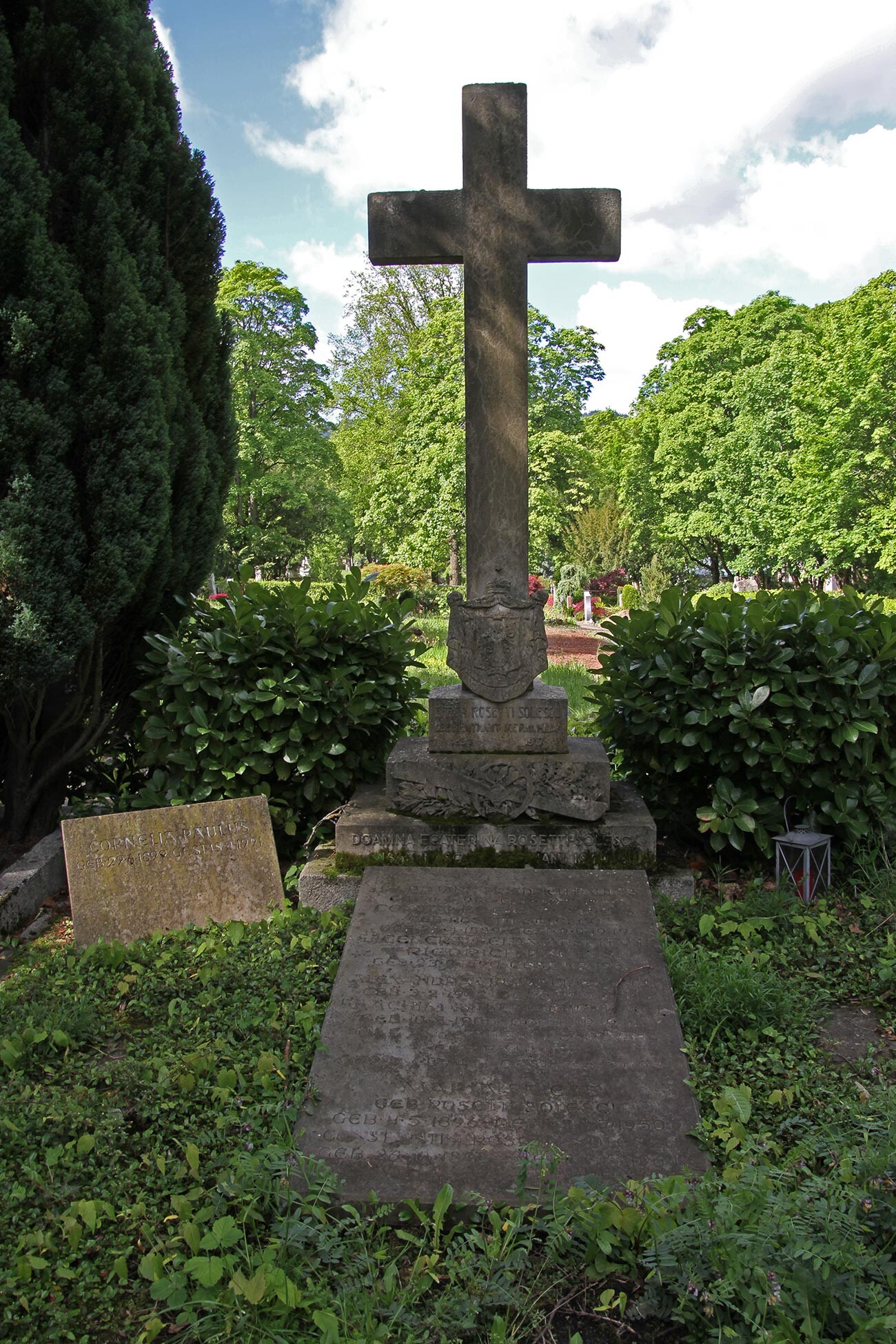 Gravestone of Friedrich Paulus in Baden-Baden