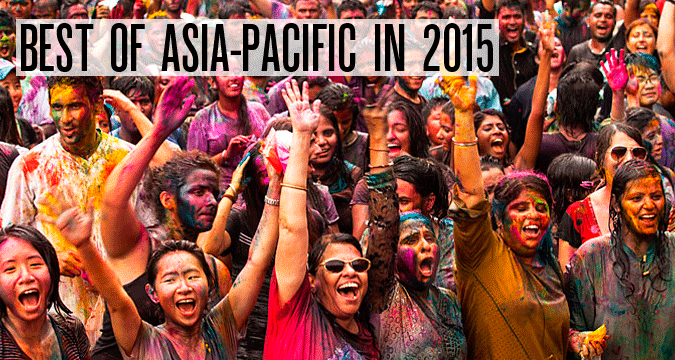 RBTH’s Asian editors select the 10 best features and articles about Russia and the Asia-Pacific that were published by RBTH.com in 2015.

May 19, 2015 ANTON TSVETOV, SPECIAL TO RBTH
With great economic difficulties at hand and help from the developed West unlikely, Moscow might as well start thinking of itself as an object of action on behalf of Southeast Asian countries.

2. Geostrategic shift in the Asia-Pacific: Moscow, Manila push the envelope

September 28, 2015 RAKESH KRISHNAN SIMHA, RBTH
As the Chinese-American rivalry heats up the Asia-Pacific, the Philippines wants Russia to take the lead and cool things down.

3. 10 most unique mosques in Russia

RBTH presents a gallery of ten unique Russian mosques, from Moscow to the northernmost city in the world.

4. Kalmykia’s Samurai: Japanese Ex-POW closes in on 70 years in Russia

May 21, 2015 RUSLÁN MÉLNIKOV, ROSSIYSKAYA GAZETA
Yusitero Nakagawa, who was imprisoned by the Red Army in Sakhalin, chose to settle down in the Soviet Union. Rossiyskaya Gazeta caught up with the 88-year old farmer who is called Uncle Sasha by his neighbors, and was presumed dead by the Japanese.

December 17, 2015 KATHERINE TERS, SPECIAL TO RBTH
Leonid Kulikovsky, a descendant of Russia’s Romanov dynasty and a distant relative of England’s royal family, passed away in an outback Australian town in September. RBTH looks back at the life of this humble man, who always maintained a low profile.

December 9, 2015 RAKESH KRISHNAN SIMHA, SPECIAL TO RBTH
Both the U.S. and Russia have the means to clip undersea cables but don’t worry, unless there’s a full on war, your internet surfing won’t be interrupted.

7. When Akira Kurosawa brought the Russian Far East to the silver screen

December 25, 2015 AJAY KAMALAKARAN, RBTH
In his illustrious career, Akira Kurosawa directed three films that were based on works by Russian writers. ‘Dersu Uzala,’ a Japanese-Soviet co-production that was filmed in the Russian Far East won an Oscar in 1976.

8. 7 facts you never knew about Burkinis

10. Life with a Filipina mother-in-law