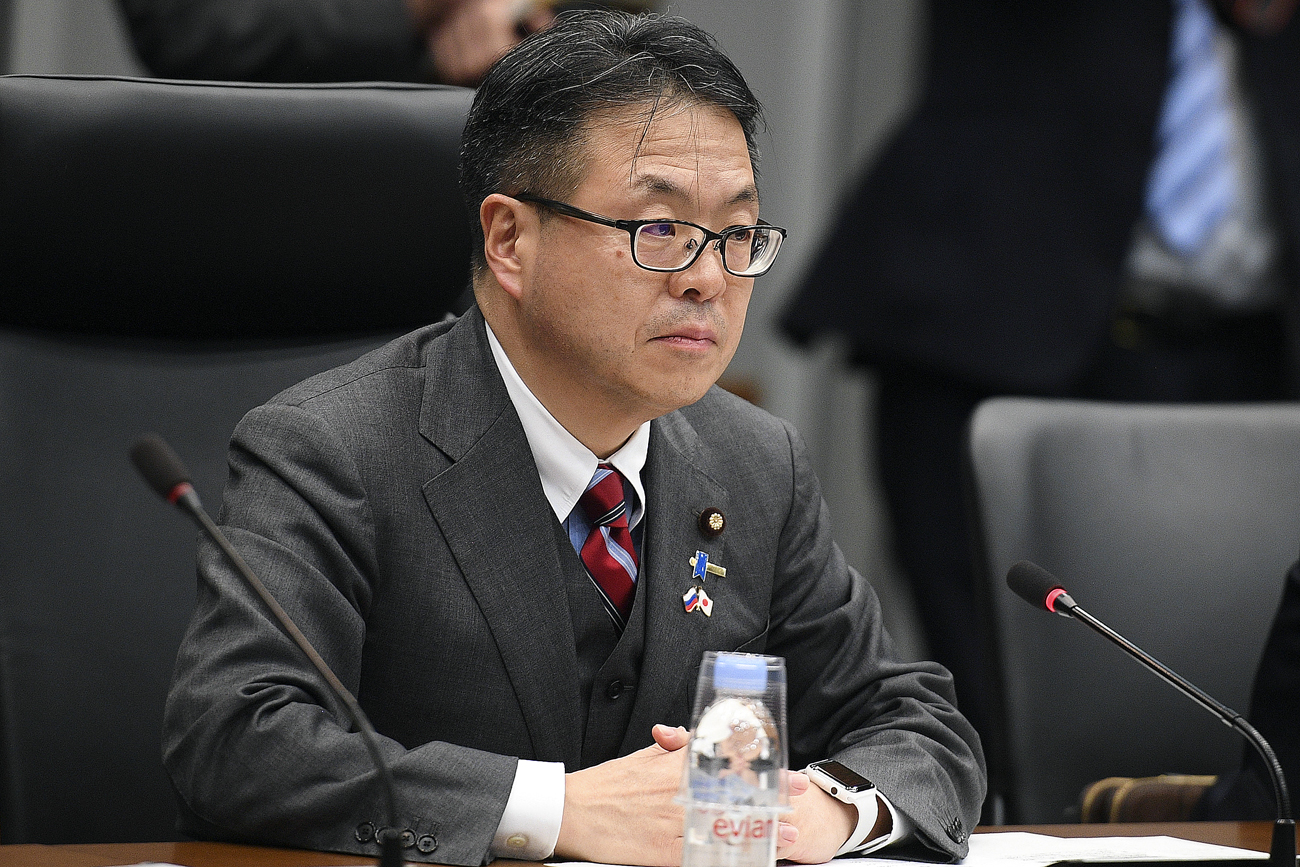 Hiroshige Seko has been tasked with developing economic ties with Russia.

Ramil Sitdikov / RIA Novosti
Hiroshige Seko’s Russia trip is a part of the preparations for Vladimir Putin's visit to Japan in December. Russian experts believe that there are certain issues that come in the way of economic cooperation between Russia and Japan, including U.S. sanctions. They, however, see some room for compromise.

Hiroshige Seko, Japan’s Minister of Economy, Trade and Industry arrives in Moscow on Nov. 3 for a three-day visit, which will help further set the agenda for Vladimir Putin’s December trip to Japan.

Seko, who also has the portfolio of economic cooperation with Russia, is expected to elaborate on the eight-point plan for cooperation, which Prime Minister Shinzo Abe proposed to Putin in Sochi in May this year.

Valery Kistanov, a professor at the Institute of Far Eastern studies (IFES), says the visit aims to “fill the paragraphs (of the plan) with specific content and prepare a document, which may be of strategic importance.”

Abe proposed the plan as a way of developing economic ties and building confidence before a World War II peace treaty is signed between the countries.

The Russian side has repeatedly stated that Moscow will not cede the Southern Kuril Islands to Tokyo, but is interested in economic cooperation with Japan and the joint development of the islands.

Exact details of the join economic plan remain sketchy. A coal terminal in the Khabarovsk Territory, the modernization of the Khabarovsk airport, and the construction of greenhouses for growing vegetables are expected to come under the plan.

The plan is also likely to include global projects such as the creation of an aerospace cluster near the Vostochny cosmodrome and the development of the Northern Sea Route.

Japanese media outlets, citing sources, said that the plan calls for investments exceeding 1 trillion yen ($9.75 billion), but the Ministry for Development of Russian Far East said the figure was around 1.65 trillion yen.

Energy remains one of the main areas of cooperation. This includes the joint development of coal deposits and the construction of the Sakhalin-Hokkaido gas pipeline. The Japanese media also wrote about the Japan Bank for International Cooperation’s plans to invest into a Novatek LNG project.

“The most promising area is cooperation in the energy sector, because Japan is devoid of hydrocarbons, and imports its entire requirements of oil, gas, and liquefied natural gas,” Kistanov told RBTH. A significant share of Japanese energy imports comes from Russia.

Ahead of his visit to Russia, Seko noted that the country wanted to get rid of its excessive energy dependence on the Middle East. “It is very important to cooperate with Russia in this direction, including in the creation of new routes of energy supply,” he said in an interview with the Russian media.

Experts polled by RBTH agree that anti-Russian sanctions have a certain effect on Japanese companies, which are forced to act with caution when it comes to Russia.

“The Japanese will act with an eye on the U.S., because in the economic arena, the United States is a more important partner than Russia,” Kistanov said, noting that this also applies to Chinese companies.