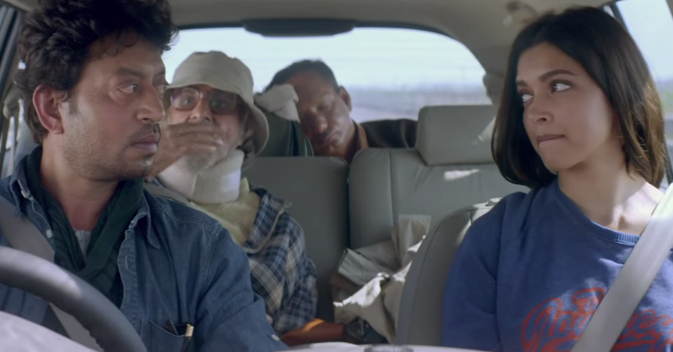 A four-day festival of Indian Films in Moscow in September, part of a series of Indian cultural events in Russia, is likely to see new beginnings of cooperation between the film and entertainment industries of both countries.

An Indian Film Festival in Russia (IFFR), set to happen at Moscow’s Formula Kino Gorizont and Indian Cultural Centre KRSK from September 3 to 6, is expected to begin a new era of cooperation between the entertainment industries of the two countries. The four-day festival will not only showcase a “select number” of recently released popular Hindi movies, but will also feature live classical music and dance performances by Russian artistes and Indian Kathak and Bharatanatyam dance groups.

According to the festival organizers, the IFFR in Moscow will be a unique event after the Raj Kapoor-era in Russia. Kapoor was a renowned Bombay (Bollywood) actor and film-maker, who succeeded in making Bollywood movies popular in Russia. Keeping Kapoor’s achievements in view, the IFFR aims to develop a deeper understanding and appreciation of Indian cinema and culture in the 21st century. The new generation of Indian producers and directors is now seeking to re-launch Indian cinema on Russia’s big screen.

The IFFR programmes aim to support emerging film producers, with increasing focus on the leaders of the entertainment industry and promote diverse perspectives of the Indian diaspora in foreign countries. The cultural festival also includes a photo exhibition and a fashion show, featuring designers of the JD Institute of Fashion Technology with Russian models. Multi-faceted as they are, the porgrammes provide an opportunity for the younger generation in Russia to acquaint themselves more closely with Indian culture.

Indian Film Festivals Worldwide (IFFW), teamed up with the Director of IFFR, Dr Sarfraz Alam to mould the events and activities in Moscow in a way no other film festival in Russia has offered. The IFFR is being entirely organized by IFFW to serve Indian and international movie-makers who want to reach a cross-section of audiences in Russia.

“After Raj Kapoor, this is the second big thing that is happening in Russia,” IFFW’s Creative Director, R.C. Dalal said, ahead of the Moscow IFFR.

“Russians have always loved Indian cinema, which shows the prominence that the Indian film industry has achieved.” Dalal said, adding that the IFFR “will become a landmark of Indian art cinema in Russia for years to come.”

He also thanked the India Embassy for supporting the film festival. A number of Bombay movie celebrities, including actor and singer Ayushman Khurrana, film director and producer Shoojit Sircar, director, script writer and producer Madhur Bhandarkar, and actress Tabu (Tabassum Hashmi) are due to attend the Moscow film festival.

Dalal said he was optimistic about the increasing dynamism of ‘Bollywood’ in Russia after the first film festival in 2014. “We got a great response from the audiences in Russia. People in Russia want to see more Indian films,” he noted.

Dalal noted that such festivals would introduce the Indian film industry to a business worth over one billion dollars here. “Russia is just a beginning,” he said.

Speaking on the importance of cooperation between the entertainment industries of India and Russia Rahul Bali, Curator of IFFW, said, “I have always believed that alone we can do little but together we can do so much. The whole team of IFFW is committed to make IFFR a successful event by making sure that there are no old roads to this new direction.”

During the festival, several new ‘Bollywood’ Hindi movies will be shown, including  “Piku,” “Haider,” “Tanu Weds Manu Returns,” “Madras Cafe,” “Vicky Donor,” and “Dil Dhadakne Do.” Director Shoojit Sircar will be in focus at IFFR as he has directed “Piku,” “Madras Cafe,” and “Vicky Donor.” The Russian film “Viy” based on Russian author (Nikolai) Gogol’s book, will have a special screening for the audiences.

The ceremonial inauguration of IFFR will be at the Indian Cultural Centre KRSK with the presentation of a concert, “Bazaar,” and screening of the film “Piku” on September 3.

“Piku” is a movie free from the usual trappings of Bollywood movies; an unconventionally warm and bitter-sweet family drama, and a splendidly original film. Directed by Sircar, who also made “Vicky Donor,” an attractively odd drama around the adventures of a sperm donor, “Piku” is a roller-coaster ride of a crazy father-daughter relationship, portrayed by Amitabh Bachhan and Deepika Padukone. Earlier this month, the film bagged a majority of awards at the Indian Film Festival in Melbourne.

When Vishal Bhardwaj’s adaptation of Shakespeare’s ‘Hamlet’ called “Haider” was released in October 1914, it made waves. “Haider” is based on “Hamlet.” It is Bhardwaj’s third in his Shakespearean adaptation series, after “Omkara” based on “Othello” and “Maqbool” on “Macbeth.”

Another film for the festival, “Tanu Weds Manu Returns” was released in May and instantly became a huge hit with audiences, and the first Bollywood movie in 2015 to cross Rs one billion (around 635 million dollars) in collections at the box office, in the first ten days of its release.

Sircar’s “Madras Café’ is an enthralling espionage thriller that entertains the audiences without having to play to the gallery. The story hinges on a conspiracy theory that links the murder of a pacifist former Prime Minister to the conspiracy of big corporations and foreign agencies to destablize the subcontinent.

Released in June, this year, Zoya Akhtar’s multi-starrer “Dil Dhadakne Do” is a family comedy drama, about the lives of an ultra-wealthy and dysfunctional Indian family, who discover themselves during a family vacation.

The choice of movies is intended to showcase the very wide range of cinema that emerges from Mumbai (Bombay), the heart of the Indian film industry.